We Summon You To Read These 10 Extraterrestrial Facts About Coneheads!

A certain Steven Spielberg film taught us that stranded extraterrestrials should be taken seriously, cared for and assisted in their quest to “phone home,” but it wasn’t long before Hollywood balanced that out with a number of films featuring aliens as objects for our amusement.

A great example of a film that asks us not to take the prospect of life on other planets too seriously is Coneheads, a fun 1993 comedy that tells the story of a family of pointy-headed E.T.s. who are forced to live as humans. Below are 10 fascinating facts about the film that we summon you to read!

10. The film is based on a series of Saturday Night Live comedy sketches 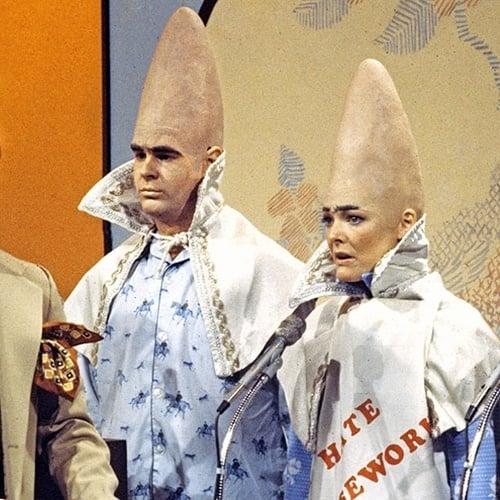 Coneheads is based on the Saturday Night Live sketch of the same name that was first seen in January 1977. Both the sketches and the 1993 film star Dan Aykroyd as Beldar and Jane Curtin as Prymaat.

Laraine Newman was replaced with Michelle Burke in the role of daughter Connie when the aliens made the transition from the small to the big screen, but Newman can still be seen in the film playing Laarta.

9. Dan Aykroyd came up with the idea while he was high 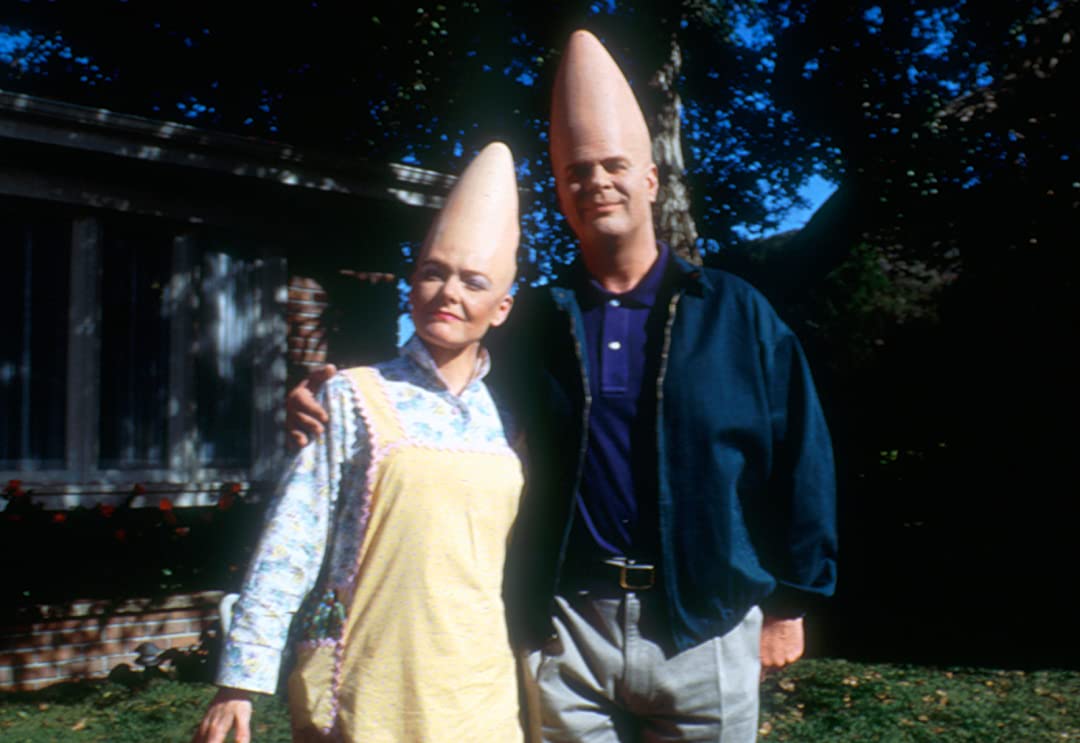 The film’s star and co-writer Dan Aykrod has revealed that he came up with the idea for Coneheads while he was high.

Aykroyd based the aliens’ appearance on the ancient stone Moai statues of Easter Island, which have heads of a similar shape.

8. A one-off Coneheads animation was created ten years before the film 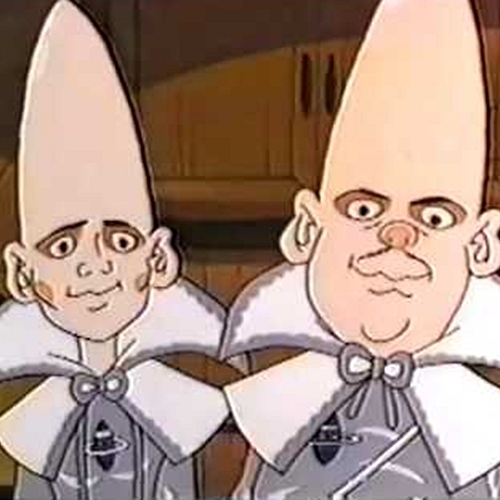 Before it was adapted into a movie, the Coneheads comedy sketch was turned into an animation in 1983, the plot of which was incredibly similar to the one used in the film a decade later.

Featuring the voices of Dan Aykroyd and Jane Curtin, the animation was made as a pilot episode for a planned TV series, but it never got picked up by a TV network.

7. The three-year-old Connie was played by Dan Aykroyd’s real daughter 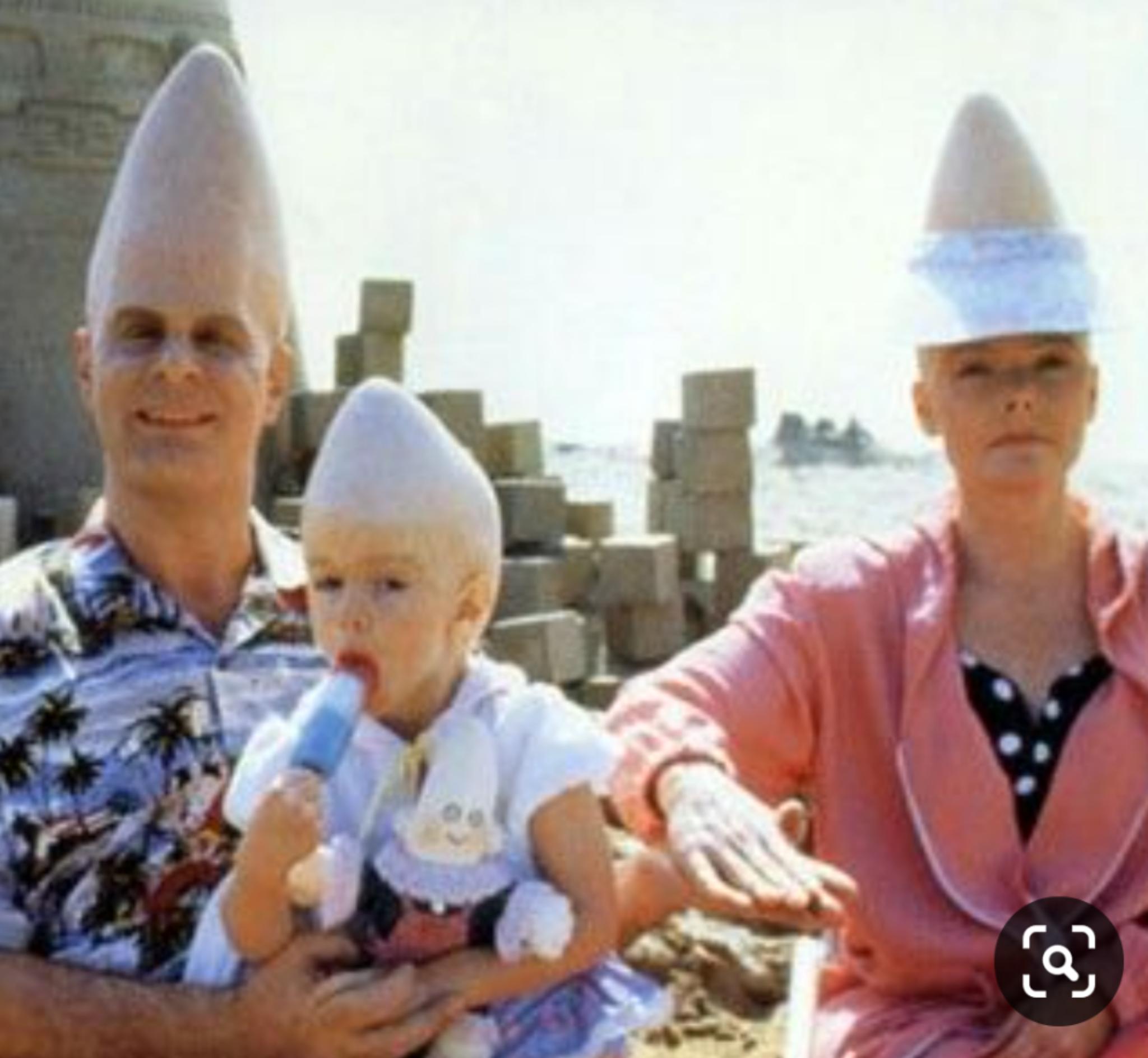 The three-year-old version of Beldar’s daughter Connie in the 1993 film was played by Dan Aykroyd’s real life daughter Danielle.

Apparently Aykroyd had only planned to take Danielle, who turned 30 last year, to the set for a brief visit, but she became such a fan of the alien’s costumes that he gave her a brief cameo and her own mini conehead. 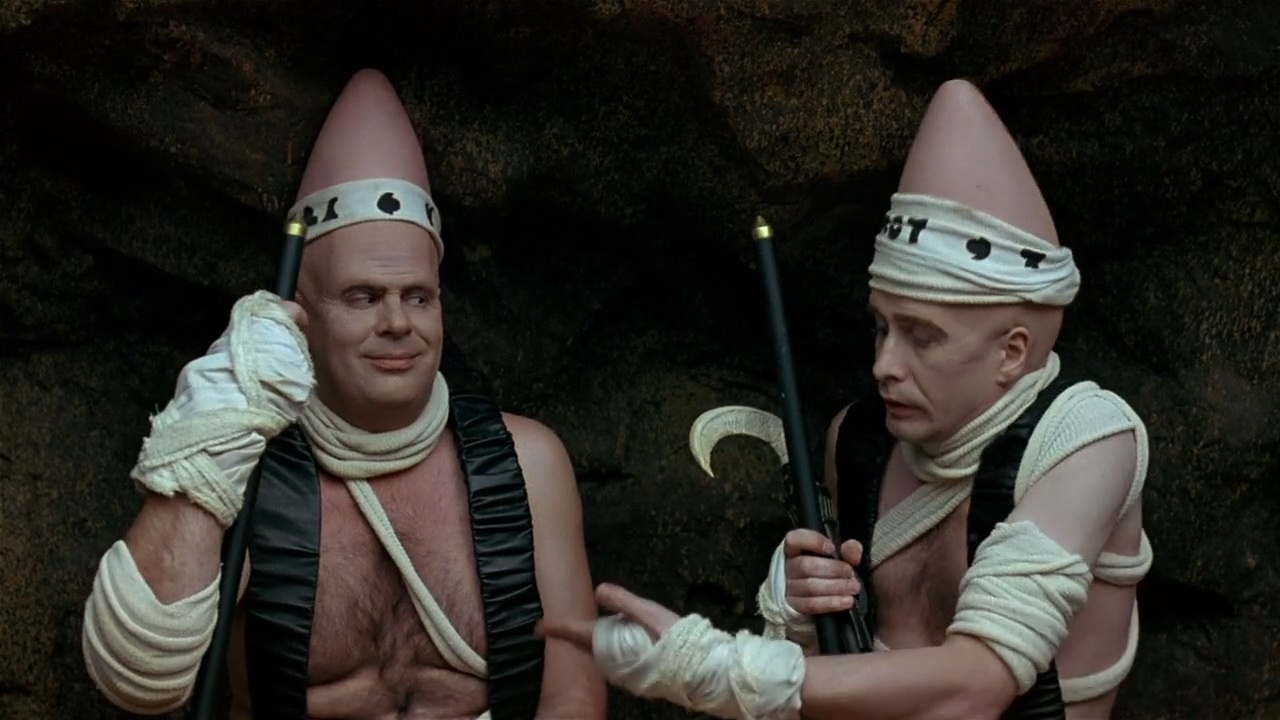 It also marked the film debut of a number of well known comedians and presenters, including Drew Carey and Ellen DeGeneres.

5. It offended some French members of the film’s distributor 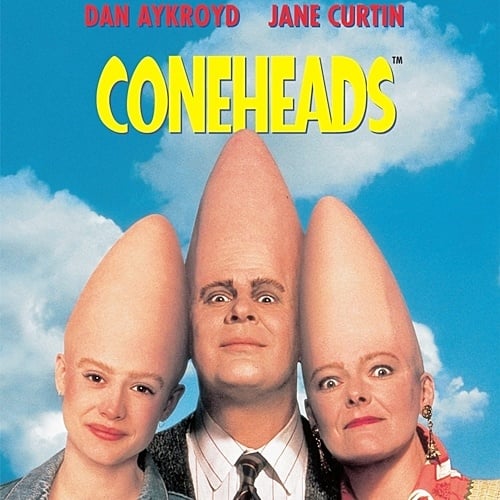 Some French members of the film’s distributor United International Pictures were said to have been offended by parts of the film.

The Coneheads pretending to be French to pass themselves off as humans caused offence, but a request for all mentions of this to be removed from the competed film were declined.

4. One of the Coneheads’ original creators was unhappy with the film 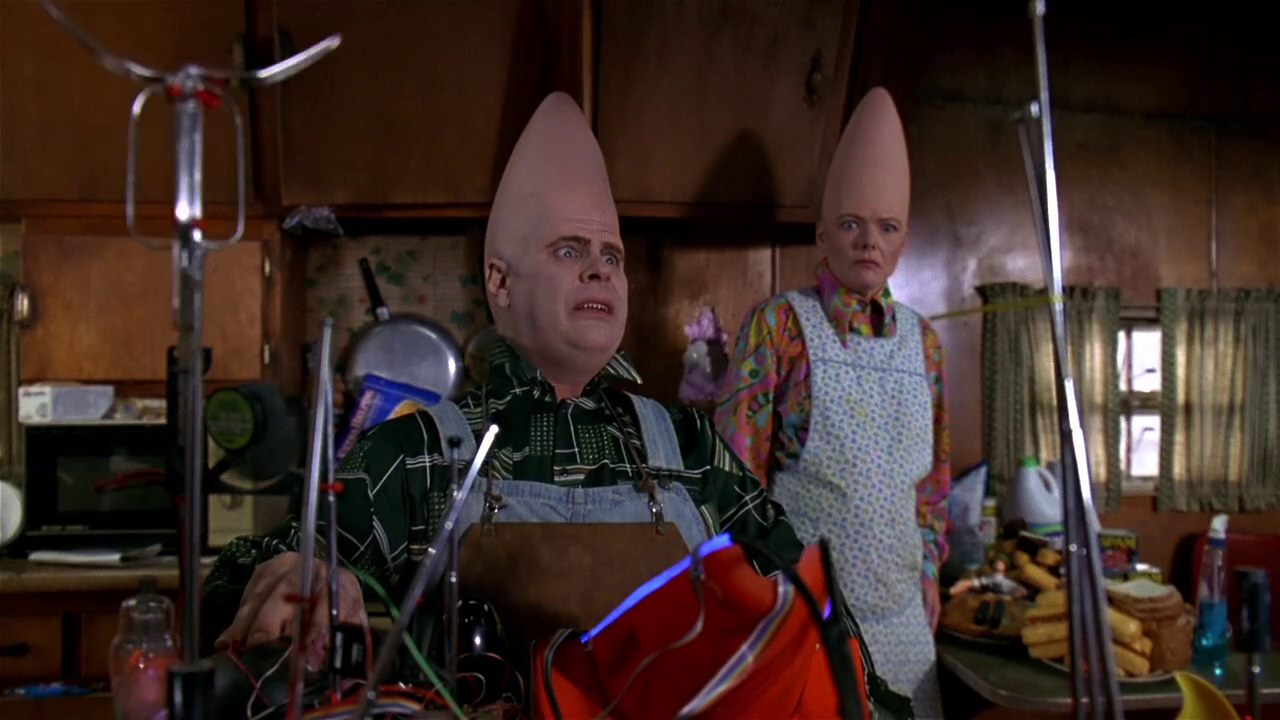 The first version of the Coneheads film script was written by Tom Davis, who was one of the people behind the original Saturday Night Live sketch.

Unfortunately Davis was unhappy with some of the changes made by the film’s producers, especially the decision to have the Remulak scenes set in an arena rather than a suburban environment.

3. It was a box office failure that was universally panned by critics 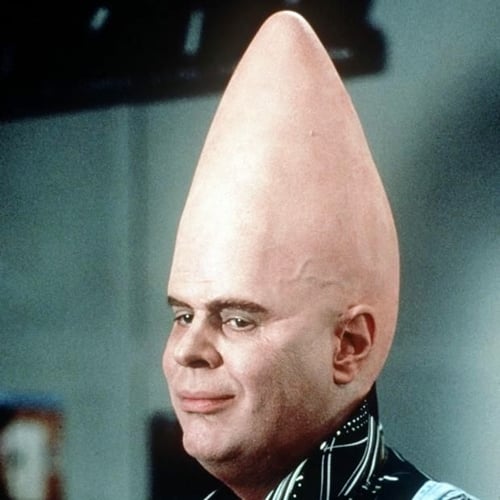 Despite being based on an incredibly popular TV comedy sketch, Coneheads ended up being a big box office failure.

It was also universally panned by critics, with the late Roger Ebert describing it as “dismal, dreary and fairly desperate.”

2. You could purchase Coneheads action figures at the time of the film’s release 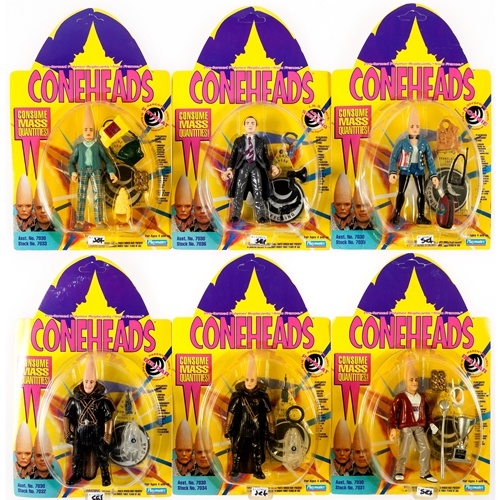 In the run up to the Coneheads film being released, Playmates Toys were given permission to create a range of tie-in action figures.

The figures were designed by Pangea Corporation, the company who were also responsible for launching the original Teenage Mutant Ninja Turtles toy range.

1. Frank Zappa wrote a song about the characters

The late US music legend Frank Zappa wrote a song called Conehead that was based on the original Saturday Night Live sketches. The song features on Zappa’s 1981 album You Are What You Is.

Zappa also appeared in a sketch with the aliens when he hosted an episode of Saturday Night Live.