We Bet You Can’t Remember All This About The Wombles!

Of all the TV series that aired from the 70s to the 90s, few are as beloved as The Wombles. Aside from an excellent Christmas single with an incredibly catchy chorus, that success can mostly be put down to their cast of loveable and loving characters.

Living in Wimbledon Common, they used to go about picking up litter and generally making the place better for everyone, without ever asking for thanks or acknowledgement. Let’s take a look back at the characters that populated the burrow we all wished we could visit!

When it comes to the Womble family, there’s no question who the elder statesman of the clan is. Great Uncle Bulgaria is the wizened old man of the group, most likely to be found dishing out pearls of wisdom from a comfortable spot. With that said, don’t be fooled by his love of creature comforts like a squashy armchair and comfy coat – there’s more to him than meets the eye!

Not only is Uncle Bulgaria a skilled violinist, but he also composes music and writes songs. This is reflected in the fact that he is the musical co-director of the Wombles band! Outside of music, he also gives the younger Wombles invaluable advice about the outside world, teaching them to pick up rubbish and be cautious and kind.

The Wombles’ burrow might seem cramped in a cosy and inviting kind of way, but the truth is that it’s a sprawling labyrinth that takes a lot of work to continually fix up, improve and keep running. As the inventor and handyman of the gang, that’s where Tobermory comes in. Most often found in his workshop, Tobermory is constantly upcycling human trash into ingenious new items.

Tobermory is unique in that he is both the most creative and the most practical of the gang, which can be seen in the fact that his workshop is almost always in total disarray, but there’s never a moment in the show where he fails to find what he is looking for. Tobermory is also more emotional than some of his family, often crying or getting angry. 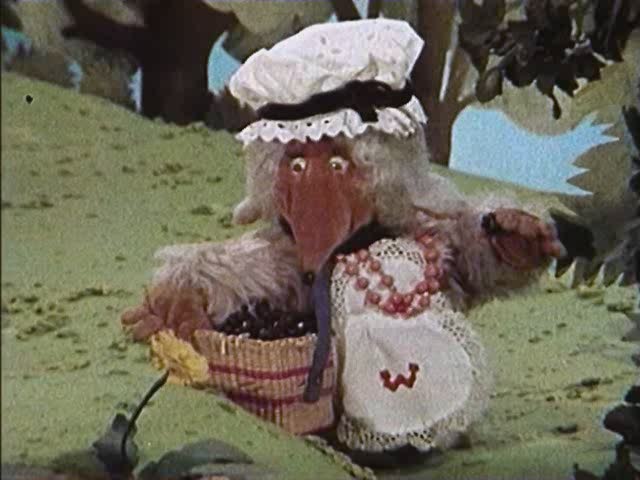 Every big family needs a strong maternal figure, and for the Wombles, that’s Madame Cholet. It’s the kind-hearted Madame’s job to ensure no one goes hungry, and with her unending love for pies, cakes and other treats, there’s very little danger of that happening. When she’s not catering to everyone’s sweet tooth, she also cooks regular meals for the clan to eat together – though they’re all vegetarian!

As well as filling bellies, Madame Cholet also makes sure to fill the Wombles’ brains with wisdom, as she has plenty of clever idioms and truisms to share over the kitchen table. As for her biggest secret? Well, despite her name and accent… she’s not actually French! Shhh!

The Wombles are an adorable family that is beloved by children and adults alike, and it’s not hard to see why. Not only do they live an adorable, snug home together, but they spend most of the time being kind and caring towards each other, and work through their problems in a calm and collected way. However, that doesn’t mean that every Womble is perfect.

Every Womble has their own flaws and quirks: for example, Orinoco is a little bit greedy when it comes to food, and spends most of his time snoozing the day away, napping multiple times or lounging around playing guitar. Not only that, but his room is constantly a total mess! Despite all this, he’s the fan-favourite of all the Wombles, probably because people find his funny slovenliness relatable!

Unfortunately for Wellington, throughout The Wombles, he is forced to share a bedroom with the chaotic and dishevelled Orinoco. This is a problem for Wellington as he is as clean as Orinoco is messy! Welligton is the mad scientist of The Wombles clan, constantly working to create inventions that will improve day-to-day life for his family.

Wellington is also fastidiously tidy and precise, which constantly puts him at odds with both his roommate Orinoco and his fellow crafter and inventor Tobermory. However, despite his neat tendencies, he is also shy and kind-hearted, which allows him to get along with his fellow Wombles and defuse most disagreements.

If Wellington is the geek of The Wombles family, then Tomsk is the jock. He loves sports and activities of all sorts and spends a lot of time exercising and enjoying the great outdoors. He is super strong and the fastest runner of the gang and both of those traits make him essential in the ecosystem of the burrow.

This is because Tomsk is often sent on scouting missions to retrieve things that humans have left behind or no longer want. He is the only one strong enough to carry pieces back to Tobermory’s workshop, or fast enough to go searching for the perfect piece Wellington needs for his experiments. Plus, he’d drive everybody else up the wall if he was stuck cooped up inside!

If you’ve been to any family weddings, reunions or get-togethers, then you probably know firsthand that every family has a wildcard. For the Wombles, that wildcard is Bungo. Loud, excitable and goofy, Bungo is most likely to be found asking to join in with everyone else’s plans, running around at the speed of light, and trying to make an adventure out of every day.

All of these are likeable qualities, but what isn’t as likeable is Bungo’s penchant for mischief. More than any other Womble, Bungo is passionate about being naughty and causing trouble and is always getting into scrapes. Of course, that only makes the rest of the gang love him more.