10 Watches Every 80s Kid Was Desperate To Own

Growing up during the 1980s we were keen to wear the latest fashionable watches on our wrist, but this pursuit had nothing whatsoever to do with telling the time. Instead, we wanted timepieces that looked really trendy, acted as calculators and radios, played video games, allowed us to record our voice and even transformed into tiny robots.

So below, brought to you in an extremely timely fashion, are 10 retro watches that every 80s kid was desperate to own. 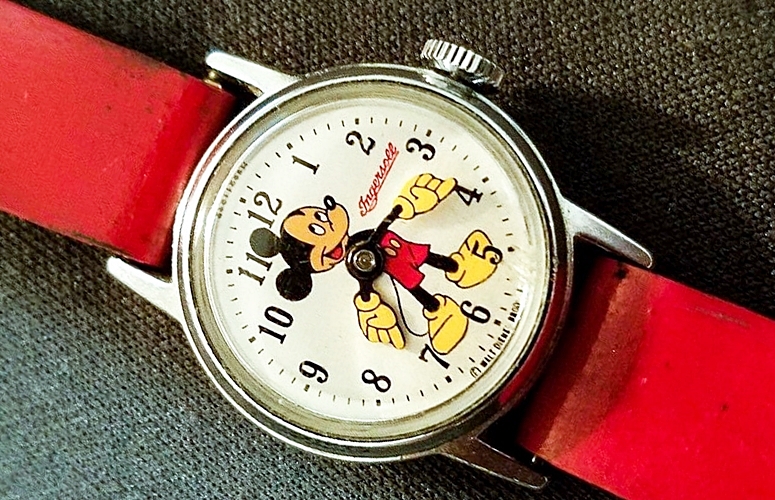 Name an animated character from our childhood and you can be sure there was a watch emblazoned with their likeness, but none captured our attention quite like the one that featured Walt Disney’s legendary big-eared mascot.

Asking Mickey Mouse to tell us the time by pointing his three-fingered hands at the relevant hour and minute was a stroke of genius, and we were rarely seen without this classic cartoon timepiece. 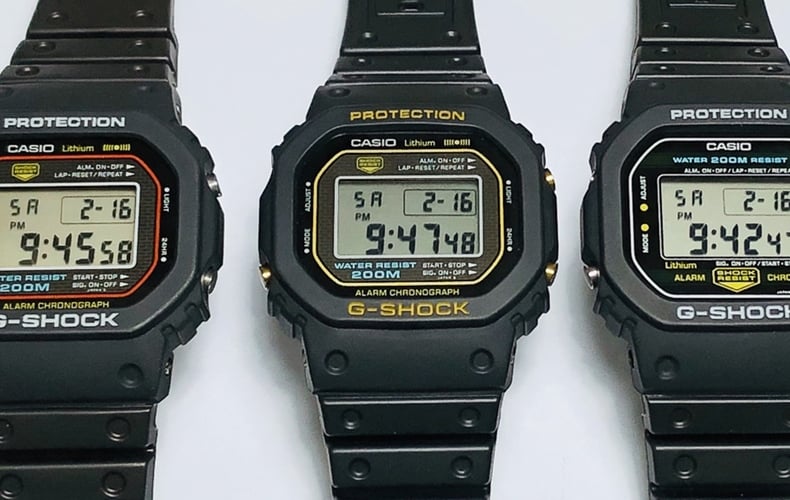 The Japanese electronics manufacturer Casio introduced their G-Shock range of watches in 1983 with the DW-5000C, and they very quickly became a must have accessory for thousands of eighties kids.

G-Shocks came with a wide range of features, and their durability and water-resistant promise made them the ideal watch to wear as we played outside. 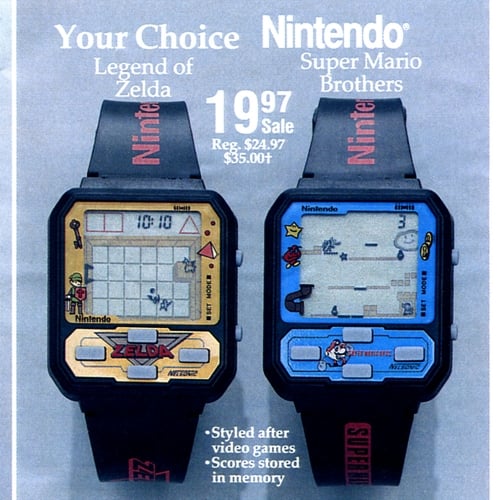 There was a time when watches were only useful for telling the time, but technological advances soon meant that we were playing simple but addictive video games on the tiny screen of our humble wrist based device.

Nelsonic eventually amassed an impressive collection of 33 gaming watches, giving us simplified takes on classic Nintendo titles like Donkey Kong, The Legend of Zelda, Super Mario Bros and Tetris, in addition to surprisingly addictive versions of Frogger, Pac-Man and Q*Bert. 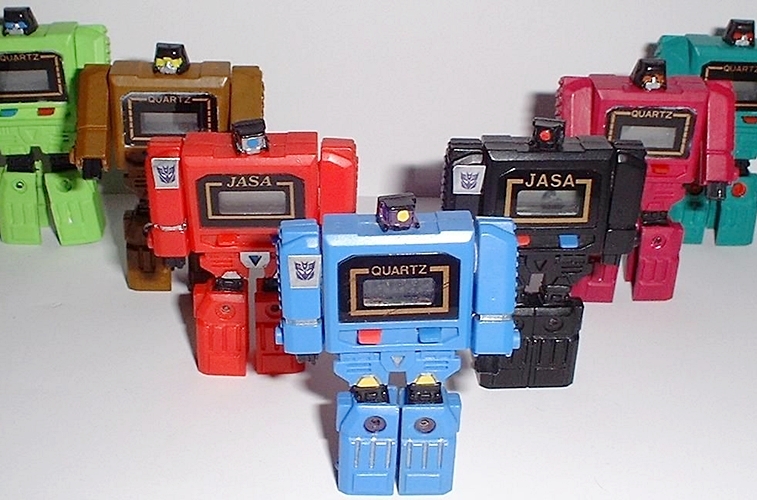 Watch manufacturers certainly knew how to appeal to young boys during the 1980s, and surely there is no greater example of this than the transforming watches that found their way onto shop shelves during our robot-obsessed childhood.

Created by the Japanese toy manufacturer Takara, Kronoform watches transformed into robots that you could detach from their wrist strap, leading to some incredible imaginative battles against our friends’ different coloured metal enemies. 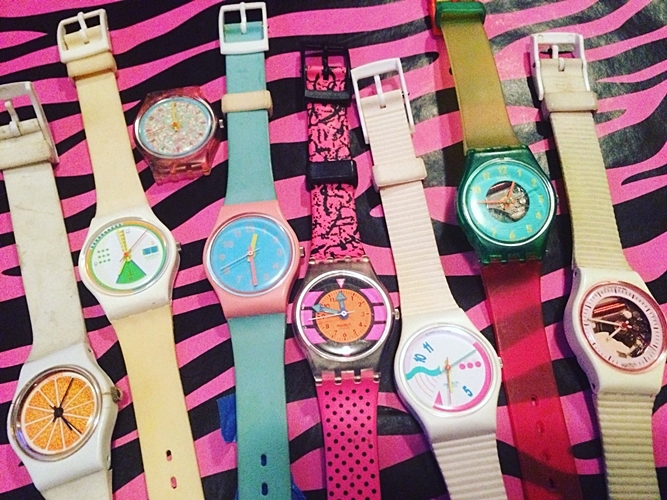 The name Swatch was taken from the phrase ‘second watch,’ because the company originally intended for their product to be cheap and disposable, but the growing popularity of these cheerful timepieces meant that they soon became an essential 80s accessory. 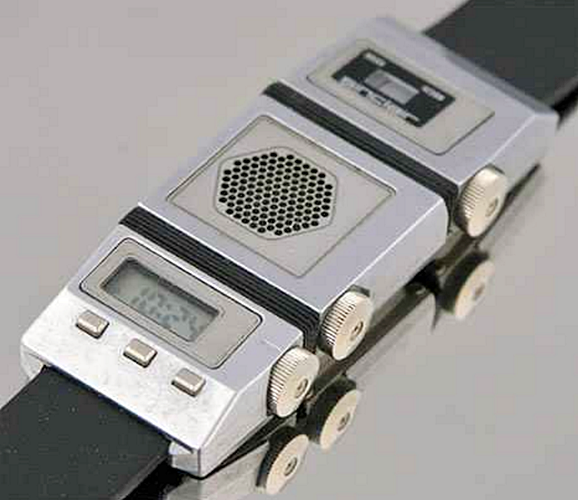 Our increasingly complex digital watches could already play video games and transform into robot toys, so it was only a matter of time before we could use them to listen to the weekly top 40 music chart.

A number of companies gave us their own take on this technological breakthrough, but whilst we’re sure that the efforts from Nelsonic, Quasatron, Comlink and Gala were perfectly acceptable, the one we longed for above all the others was Sinclair’s legendary FM radio watch. 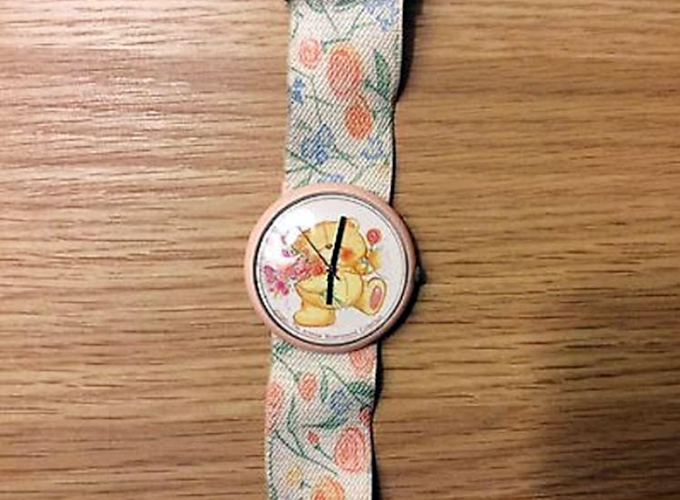 A number of female focused watches caught our attention during the 1980s, but there was one design that we wanted above all of the others.

The gorgeous Forever Friends bears were originally designed to be used on greetings cards, but their growing popularity soon saw them venture into the world of cuddly toys, bedspreads, and – the next logical market – timepieces. 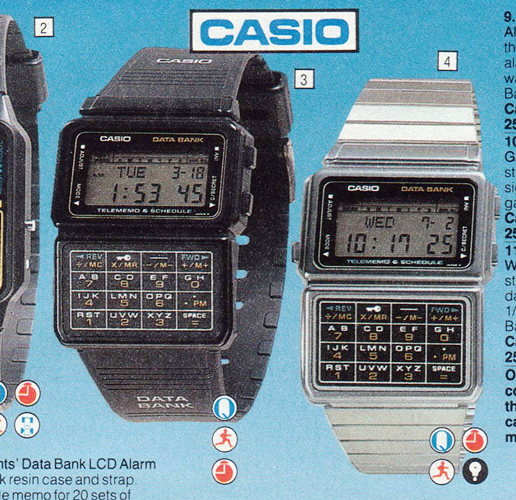 Casio’s Databank range of watches, which were introduced with the CD-40 model in 1983, upped the ante with a futuristic memory function that let us store names, telephone numbers and even short memos.

Watches in the Databank range also functioned as a handy calculator, letting us carry out some covert arithmetic if we were in the middle of a particularly tough Maths exam at school. 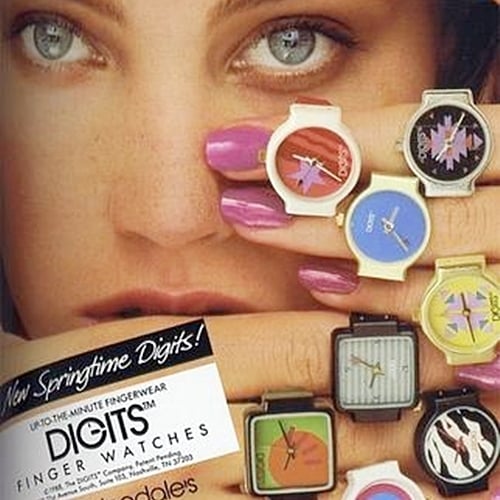 Personally we have only ever considered wearing a watch on our wrist, but there was a time when you could purchase ones that instead sat on one or more of your fingers.

Some fashion-conscious people even decided to wear a digits watch on every single one of their fingers, which sounds completely crazy unless you regularly travel into different time zones. 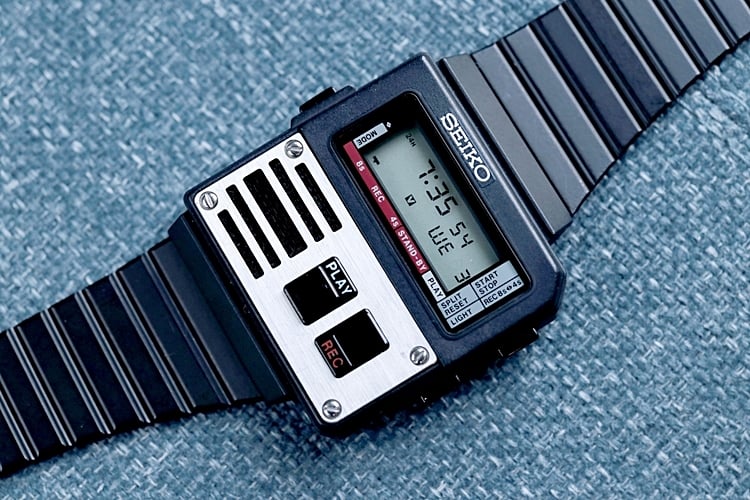 Making us feel just like our TV hero Michael Knight were Seiko’s incredible Voice Note watches, which let us record and play back our voices whenever we liked.

Whilst many sensible people used these forward-thinking devices to make helpful notes about work or household activities, we preferred to use them for reasons of make-believe, pretending that we were communicating with our talking car or James Bond-style MI5 boss.