Watch: ‘Middle-Aged Mutant Ninja Turtles’ Cartoon Imagines The Heroes In A Half Shell Getting Old

We all love to revisit our favourite cartoons from childhood now and then – but have you ever stopped to wonder what it look like if our childhood heroes grew up like we did? 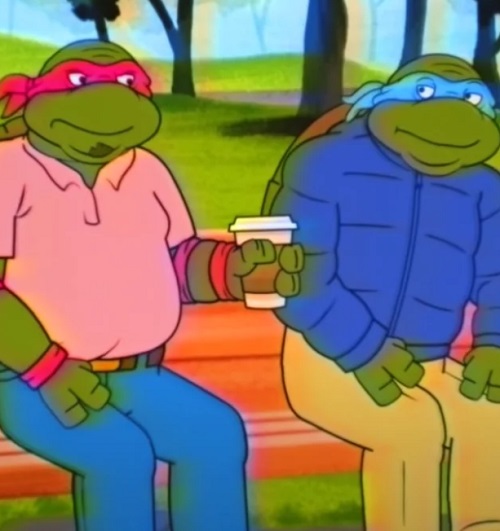 Over the weekend, US comedy series Saturday Night Live pondered that very question – and came up with Middle-Aged Mutant Ninja Turtles.

As you’ve probably guessed, the animated skit imagines what the Teenage Mutant Ninja Turtles might be like today in middle age.

As the original animated series began in 1987, our old heroes Leonardo, Michaelangelo, Donatello and Raphael would indeed be pushing 50 by now, had they aged in real time.

As kids, we were accustomed to seeing them beat up the Foot Clan whilst skateboarding, eating pizza and yelling “Cowabunga!”

This clip, however, imagines how the Turtles would cope with marital problems, parenting, financial instability and health scares. 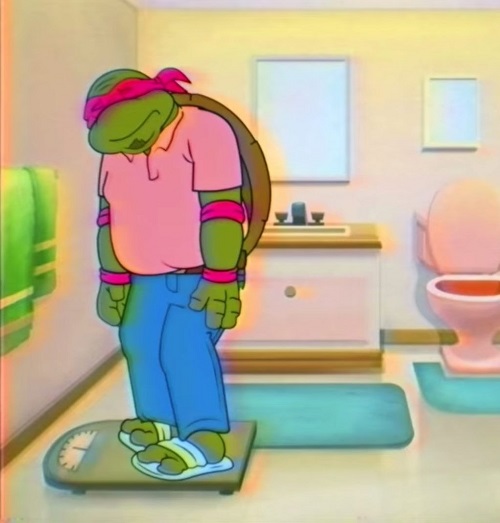 It’s a rather dark take on these colourful cartoon heroes – but it’s quite hilarious at the same time, and almost makes you wish for a full series of it!

Created by writer-artist duo Kevin Eastman and Peter Laird in 1984, the Teenage Mutant Ninja Turtles became a global phenomenon in the late 80s off the back of the cartoon series, toy line, and 1990 blockbuster movie. 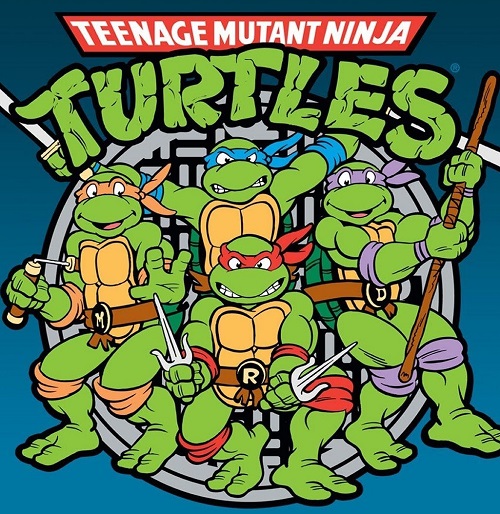 Infamously, the original cartoon show was renamed Teenage Mutant Hero Turtles in the United Kingdom, due to anxieties about ninjas being inappropriate for kids.

There have since been three more Turtles cartoon shows as well as one live-action series, and five more feature films.