Ever wondered what it would be like to watch Steven Spielberg’s 1975 blockbuster, Jaws, whilst floating around a lake in a rubber ring? 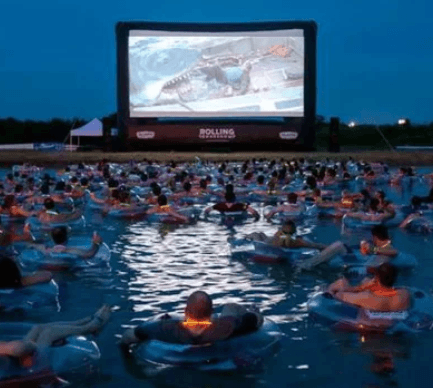 Well, wonder no more, dreamer, because the people over at Volente Beach Resort in Texas have introduced their own 4D (sort of) Jaws experience.

Called Jaws on the Water, the event involves a waterside screening of Spielberg’s classic, played by the shores of Lake Travis in central Texas. 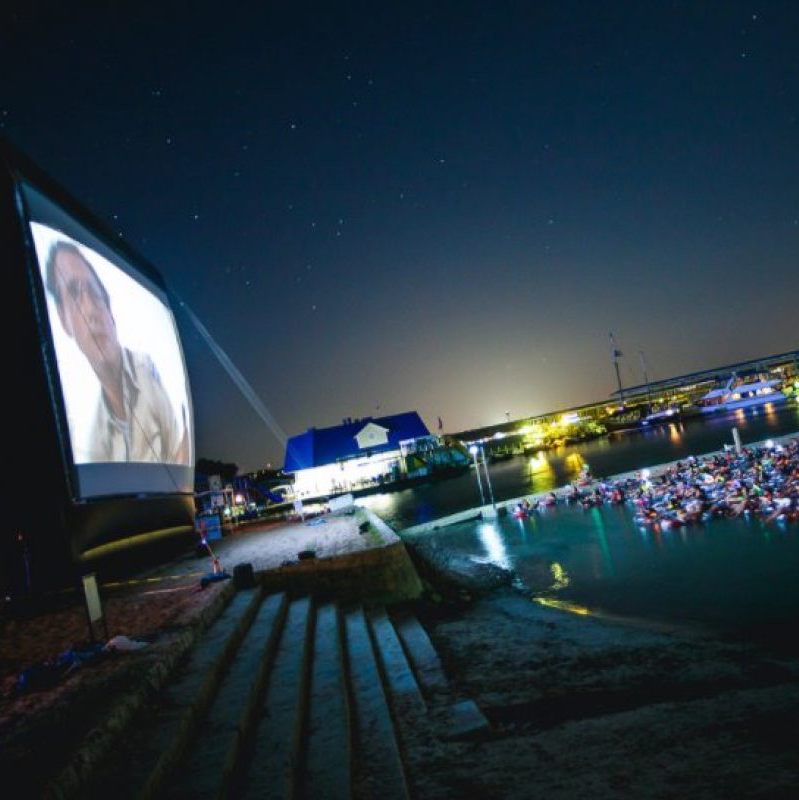 With the film projected on a giant screen at sundown, viewers will find the traditional cinema seats replaced by rubber rings.

Swimwear-attired attendees will then float in Lake Travis for all 2 hours and 5 minutes of the iconic monster movie. 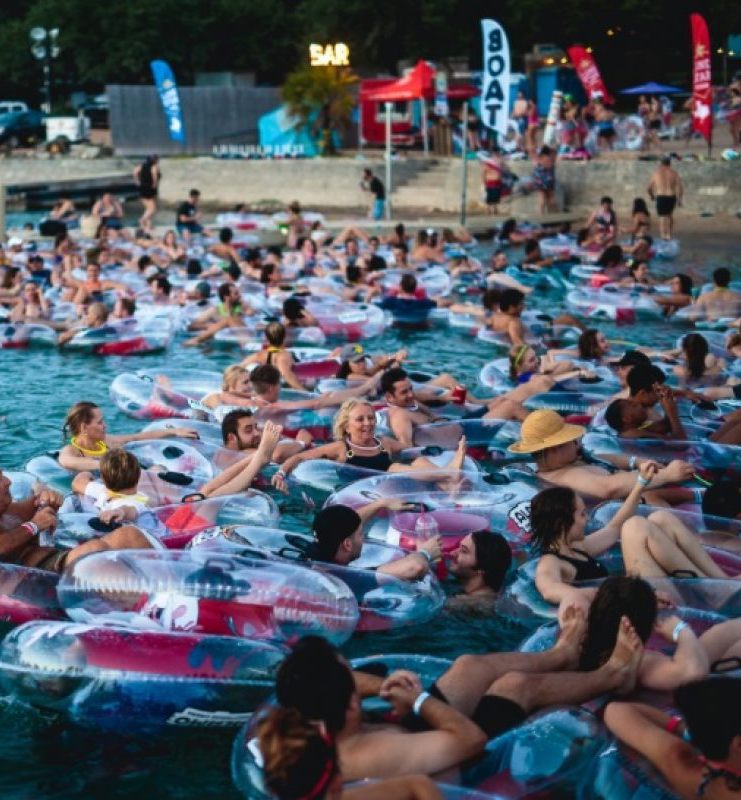 According to the Lake Travis website, tickets to the event also entitle the bearer to full access to “Volente Beach attractions (Lazy Lagoon, The Sidewinder, the water slides and more)”.

The key selling point, though, is obviously the “thrilling, one-of-a-kind experience of watching cinema’s greatest great whites with your feet dangling dangerously and deliciously in the water.” 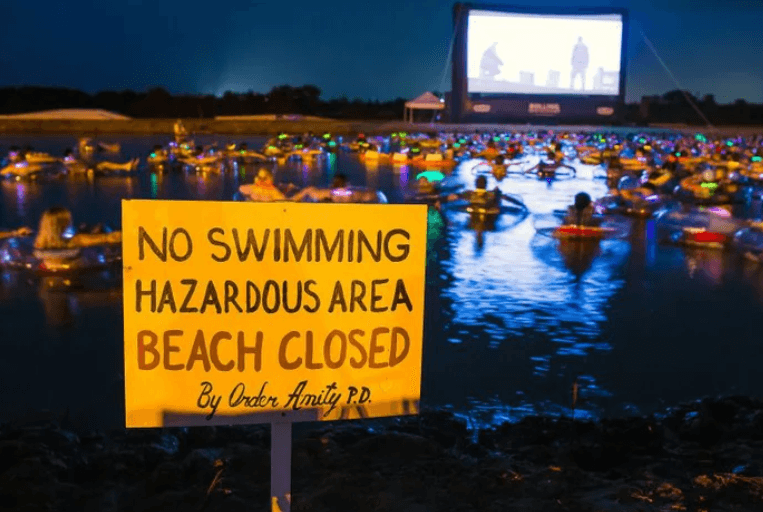 Screenings will take place every Saturday between now and August 17, excluding July 6. Start booking your flights to Texas now, or if funds are tight, simply recreate the experience in your own home by setting up a TV playing Jaws at the end of the bath.