Frozen actor Josh Gad seems to have made it his personal mission to stage online reunions with the cast and crew of every great 80s movie before lockdown is over, and it’s all but confirmed by his latest special. 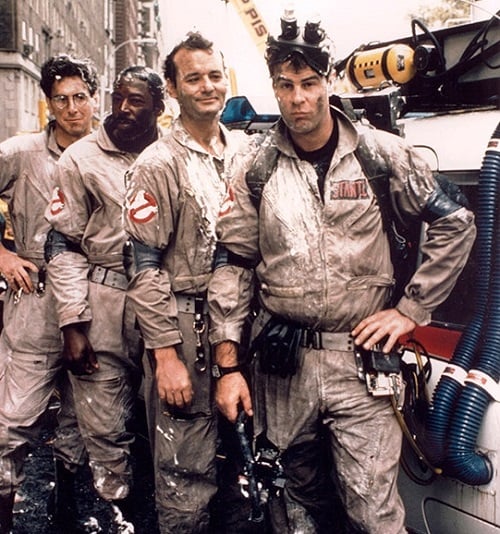 After catching up with the team behind The Goonies, Back to the Future and Splash (plus The Lord of the Rings, although of course that wasn’t 80s), Gad has now done likewise with the cast of another old favourite.

That’s right, the latest edition of Gad’s ongoing YouTube series Reunited Apart has brought back together the key players behind 1984’s legendary Ghostbusters.

As of this post, our episode of #ReunitedApart #Ghostbusters has raised OVER $4,343 and counting for Equal Justice Initiative @eji_org in the first hour of its release. Thank you to our partner @barefootwine for kickstarting the fundraising efforts ahead of the episode airing with a $100,000 donation and for the additional $25,000 donation today. That brings us to close to a staggering $130,000 in ONE HOUR!! Please let’s keep that number going up and up! @eji_org is an incredible organization committed to ending mass incarceration and excessive punishment in the U.S., to challenging racial and economic justice, to protecting the most basic human rights for the most vulnerable people in American society. Thank you to all who have donated in supporting Equal Justice Initiative’s efforts. To catch the full episode and donate please click on the LINK in my bio now!!

A few key supporting actors from the movie also made an appearance. We had William Atherton, who played bureaucratic antagonist Walter Peck; Steven Tash and Jennifer Runyon, the students who participate in the film’s opening psychic experiment; and Michael Ensign, the manager of the Sedgwick Hotel where the Ghostbusters make their first catch (the notorious Slimer).

Ray Parker Jr, composer and performer of the iconic Ghostbusters theme tune, also made an appearance.

Gad has made it a tradition on Reunited Apart to invite a famous super-fan of the movie to join the chat (on Back to the Future, it was filmmaker JJ Abrams). He did likewise here, inviting Ghostbusters-loving actor Kumail Nanjiani to throw in a few questions.

Before all this, Gad was also able to grab a few minutes with Jason Reitman, son of Ghostbusters and Ghostbusters II director Ivan Reitman, who is now calling the shots on the upcoming Ghostbusters: Afterlife, a direct sequel to the original movies which disregards 2016’s poorly-received reboot.

The only notable absentee was Rick Moranis, notoriously publicity-shy in recent years (although he is poised to make a comeback in a Honey, I Shrunk the Kids sequel – which, coincidentally, will also star Josh Gad).

The late Harold Ramis, Egon Spengler actor and the film’s co-writer who passed away in 2014, was also sadly missed. 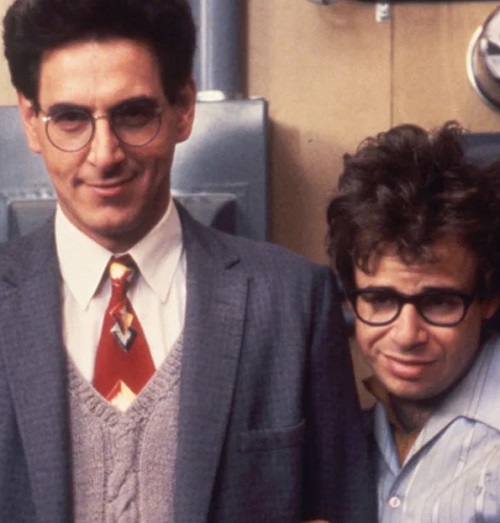 Josh Gad has been hosting Reunited Apart not simply for entertainment value, but as a series of charity fundraiser events. This particular instalment was in support of the Equal Justice Initiative (details in Gad’s Instagram post above).

Much of the cast assembled the reunion will be seen again in Ghostbusters: Afterlife, which is currently set to open in cinemas on 5th March 2021.