Bathing a child is just one of the mundane activities performed by parents across the globe every day.

However, what is usually a straightforward operation recently ended in tragedy for one couple, when their ten-month-old son was left in critical condition after drowning in just 3 cm of bath water. 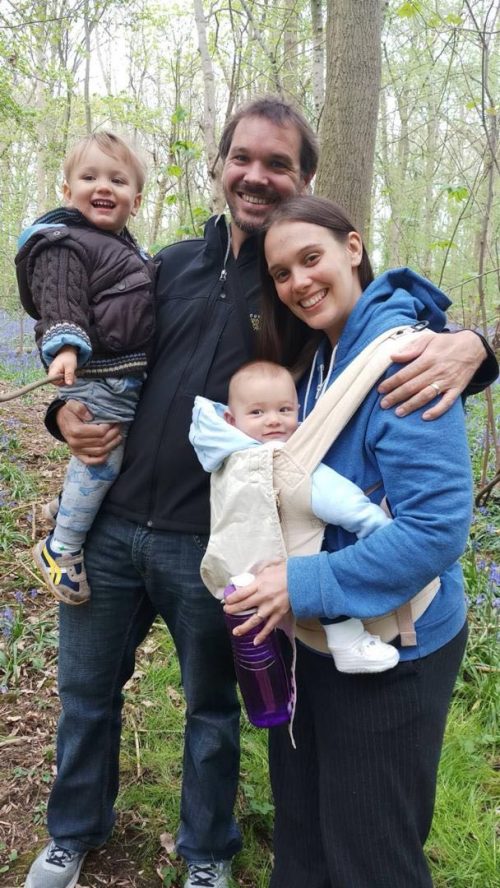 British-American couple Nick and Jana Skirrow are teachers living in Bangkok, where they currently reside with their two children, Rex, aged 2, and York, aged 10 months, both of whom were born in the city. Monday 18th November was just another ordinary workday for the couple, with the children left at home in the care of their nanny.

During the children’s bath, however, baby York suffered a freak accident, nearly drowning in 3cm of shallow water.

Despite being left with no heartbeat for 18 minutes, the 10-month old was miraculously revived and immediately placed on life support. York has now been in intensive care for a week, where he has been left fighting for his life. 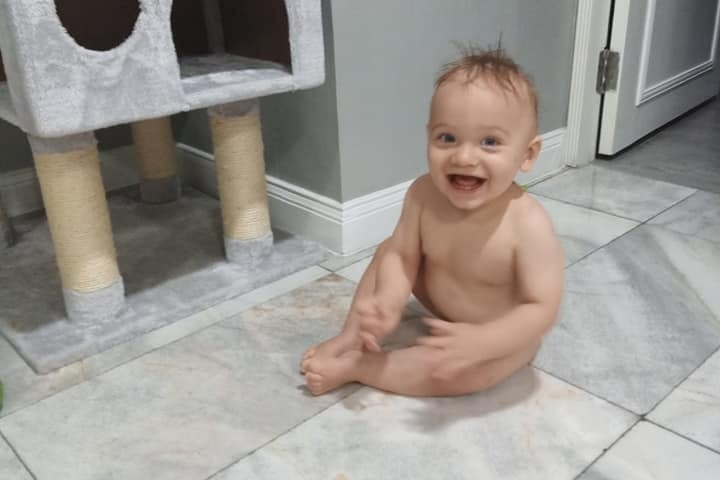 At this stage, York’s condition is critical, and although some of his organs are showing signs of recovery, tests for brain activity have remained inconsistent.

In a devastating blow, Nick and Jana were informed that the likelihood of York remaining severely brain-damaged was high, although his fight and endurance gives the family hope for his recovery. 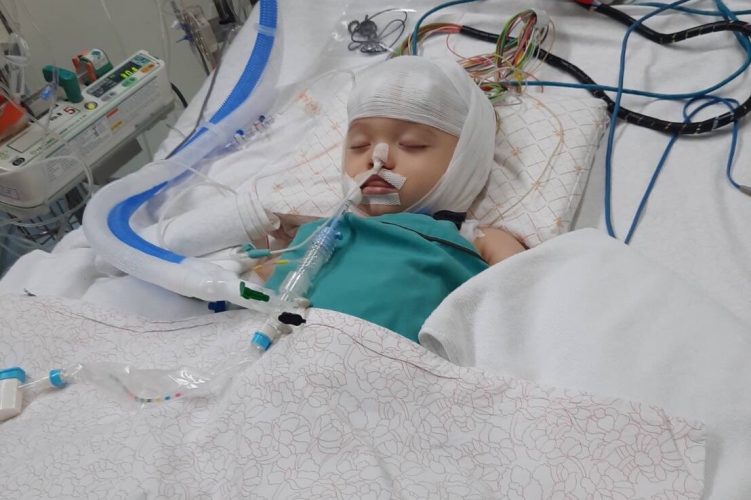 In a cruel twist of fate, the couple’s private health insurance limit of 25,000 GBP was reached in less than a week due to the complications York faced, leaving the family in desperate need of support.

Early forecasts predict that whilst York remains in the ICU, bills will amount to 4,000 GBP a day, potentially leaving the family with a total bill of up to 50,000 GBP. 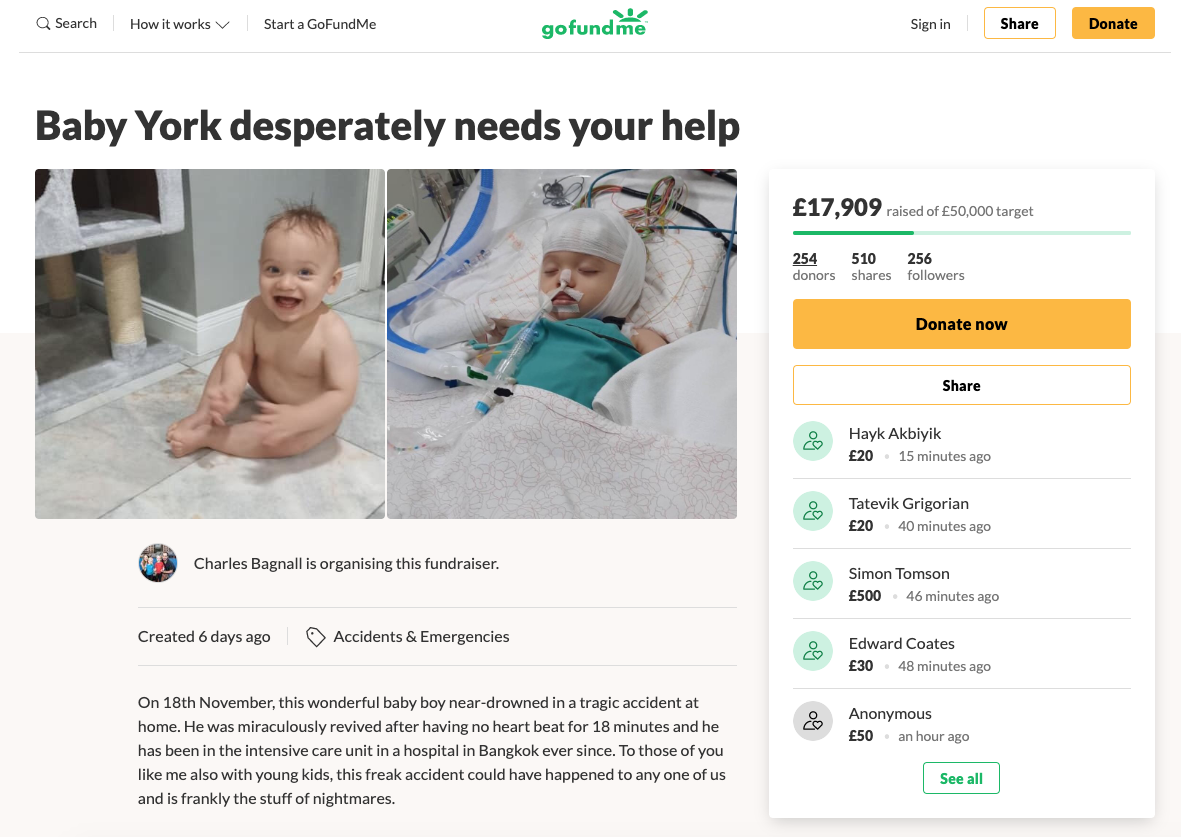 The tragic accident is any parent’s nightmare, and the added financial strain has left Nick and Jana with no option but to turn to the public for help. The family are now aiming to raise £50,000 via GoFundMe, with £18,000 already raised to help York’s chance of survival.