10 Real Haunted Houses And The Stories Behind Them

A ghosthouse or more known as a haunted house is a building or a house that’s often inhabited by disembodied spirits of the deceased.

These spirits are usually the former residents or we’re familiar with the property such as a caretaker or even someone thats been killed in the specific building.

Spirits are usually only in the property if they’re a victim of a violent or tragic event such as suicide, murder or accidental death.

Scientific explanations show that if a building or property is haunted, it usually consists of undetectable noises.

Noises you’d be expected to hear if you was in a haunted building would be knocks and bangs, doors slamming, windows opening and closing and faint voices speaking.

You’d also feel a cold feeling besides you, like a draft.

In 2005, a poll was created and 37% of Americans expressed the belief that houses could be haunted. Could you of been one of them?

Considering it’s only two centuries old, America seems to have a lot of ghosts.

There’s a haunted location to be found in almost every state, from desserted ghost towns and abandoned mental hospitals, to the sights of famous murders.

There’s even a TV show dedicated to the country’s paranormal hot spots, Most Terrifying Places in America, that takes viewers on a tour of sites with suspected ghostly activity.

Take for example, the Lizzie Borden Bed and Breakfast in Fall River, Massachusetts, the house where Lizzie Borden is said to have murdered her parents with an axe, although she was acquitted of the crime.

Lizzie stayed in Fall River for the remainder of her life, and rumours persist that her spirit still hangs around the house, as well as the ghosts of her father and step-mother.

Or the Sauer Castle in Kansas City. Once home to the Sauer family, who moved over from Austria, this now-derelict Italiante mansion has been the site of two suicides, as well as the drowning of a young girl in the property’s pool.

A range of supernatural activity has been recorded including voices and objects moving of their own accord.

So, there’s plenty of chances to explore for the more morbid amongst us.

Here’s 10 other locations ghost hunters should check out during their stay. 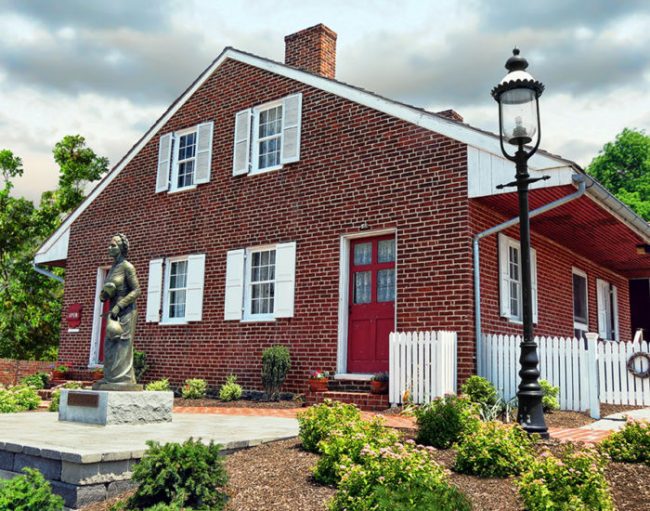 Don’t be fooled by its cute exterior, this house is supposedly rife with paranormal goings-on.

During a shoot out with Confederate soldiers during the 1860s, a stray bullet made it into the kitchen of what is now known as “the Jennie Wade House” in Gettysburg, Pennsylvania.

Unfortunately, Jennie and her sister were making bread at the time, and Jennie was fatally wounded.

Jennie’s spirit has been seen around the house since, usually followed by the smell of fresh bread.

A male ghost has also been seen hanging around the cellar, accompanied by the smell of cigars, and several apparitions of kids have also made an appearance, startling guests by touching them and swinging on the ropes used to block off certain parts of the building. 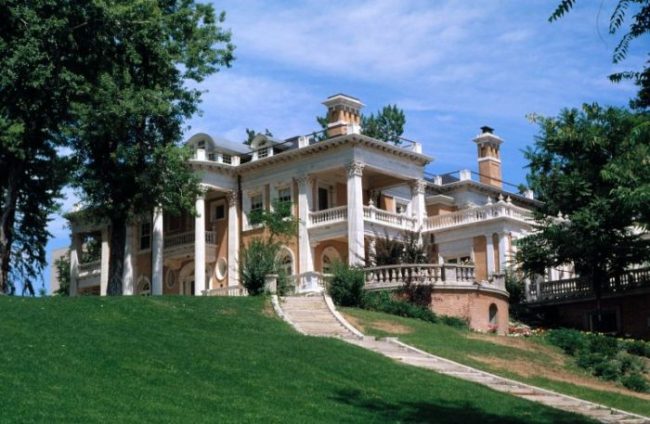 Built in 1902, the first owner of this Neoclassical beauty was businessman and then-Governor James Benton Grant.

In 1911, Albert E. Humphreys took over the property, and later died in the building in a suspicious gun accident.

As well as Humphrey’s haunting his former home, several other apparitions have been spotted at the site.

Before the house was constructed, a nearby graveyard caused a lot of controversy with locals.

The cemetery was a site for grave robbers, and it’s been suggested the other sightings at the Grant Humphreys mansion are a result of their spirits being disturbed. 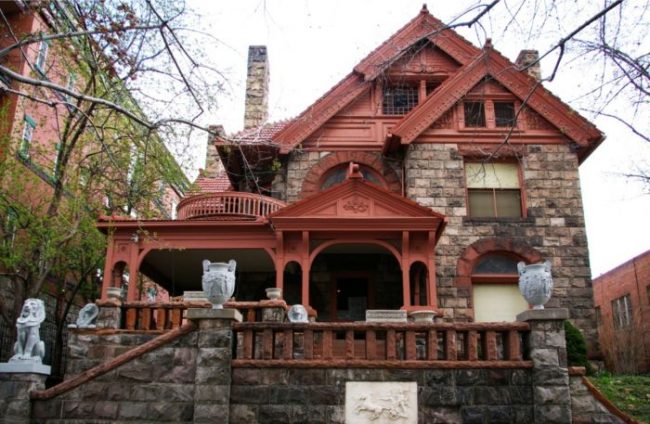 Home of Titanic survivor Molly Brown (played by Kathy Bates in the James Cameron movie) and her husband James Joseph, the Victorian house is now a museum showcasing her remarkable life.

Most visitors tend to come for the tourist attraction, but it’s a popular spot for ghost hunters as well.

Molly and James have both been seen in the house, with the smell of James’s pipe often reported.

Another spirit also apparently hangs around who likes to rearrange the chairs in the dining room, and Molly’s mother and a servant are also regularly sighted. 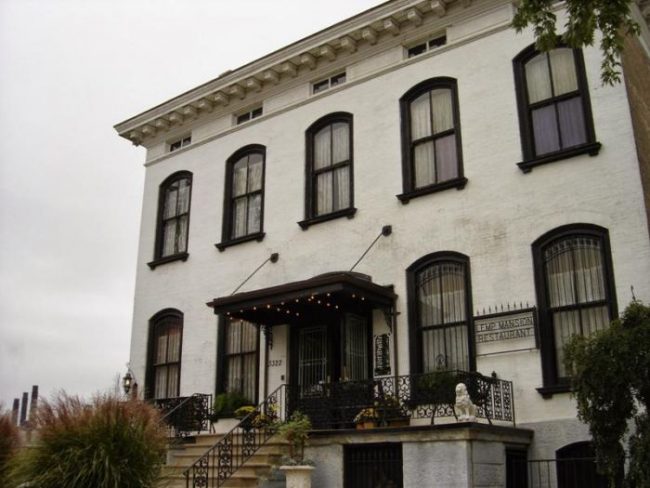 Either there’s such a thing as curses, or the Lemp family were extremely unlucky.

Finished in 1868, the home belonged to a family of successful beer brewers before prohibition set in. Although the Lemp’s were great businessmen, they’re personal lives were filled with sorrow.

The brewery founder, William J. Lemp Sr., wanted to pass the business down to his son Fredrick.

However, Fredrick unexpectedly died in 1901 from an unknown illness.

Not long after, William committed suicide by shooting himself.

His other son, William Jr followed the same path, shooting himself in the dining room in 1922.

His daughter Elsa Lemp also died the same way in 1920, as did his youngest son Charles in 1949 – that’s four suicides in one family by gunfire.

Unsurprisingly, all this sadness has inspired some paranormal activity at the property, including footsteps and slamming doors.

Guests at the now hotel and bar have reported the sensation of being watched, as well as seeing the apparition of a young boy with a facial deformity. 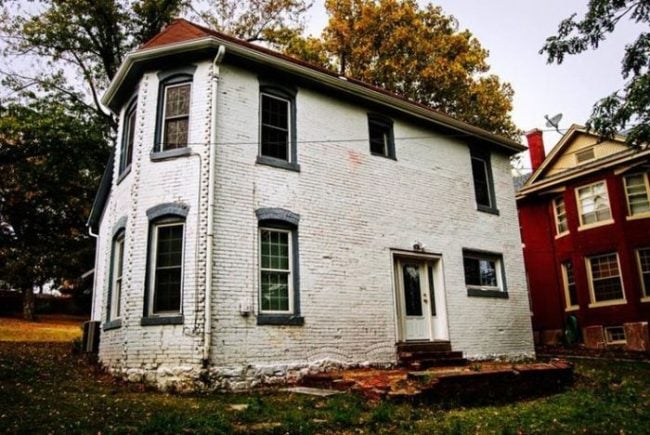 If little girl ghosts freak you out, maybe skip this one.

Once belonging to a doctor, a 6-year-old girl named Sallie died here after her emergency appendectomy went wrong.

When a young family moved in during the 90s, her spirit supposedly began to cause problems, knocking pictures off the walls, playing with electrical appliances and moving their children’s toys around.

Eventually, the activity got more violent, but while the family originally thought it was the little girl causing all the trouble, a medium discovered it was actually the ghost of a middle-aged woman.

Her anger was directed solely towards the father, scratching and gouging at him, leaving deep marks and bruises.

After the apparition shoved him and almost sent him flying down the stairs, the family moved out, but several paranormal groups have been back since to investigate. 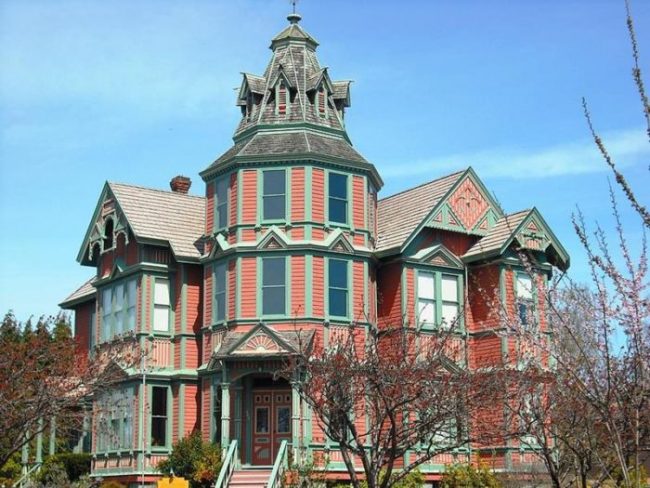 George Starrett seriously knew how to make a girl blush.

In 1899, he built this stunning Queen Anne Victorian Mansion for his new wife Ann.

They couple had a long and happy marriage, and stayed in the home for the remainder of their lives.

The house was then passed down to their relatives, before it was transformed into the B n’ B it is today.

Despite it’s cheerful beginnings, the building has had quite a few otherworldly goings-on.

Some of the activity has been linked to George and Ann, but the majority of the spooky occurrences and have been attributed to the nanny the pair hired to look after their son Edward.

Although usually pleasant, the apparition has been known to dislike certain people, and to even thump visitors on the head for offensive remarks.

She’s also made pictures fall off the wall, to make pages of books turn and to switch lights on and off. 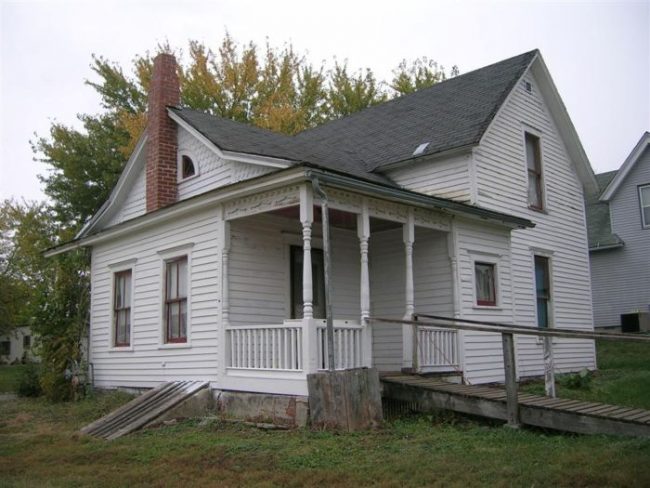 On 9th June 1912, a family of eight were murdered – six children and their parents – by an unknown killer with an axe.

Unsurprisingly, the deaths caused a uproar across the nation, and while many suspects were questioned or tried for the crime, no one was ever convicted.

Whether caused by the violent way they died, or the unresolved nature of the case, the house has since been a hot spot for ghostly activity.

Not only have spirits been seen, but footsteps and voices have been heard.

The children make appearances the most, with EVP recordings and personal reports including laughing, crying and some children telling others to hide. 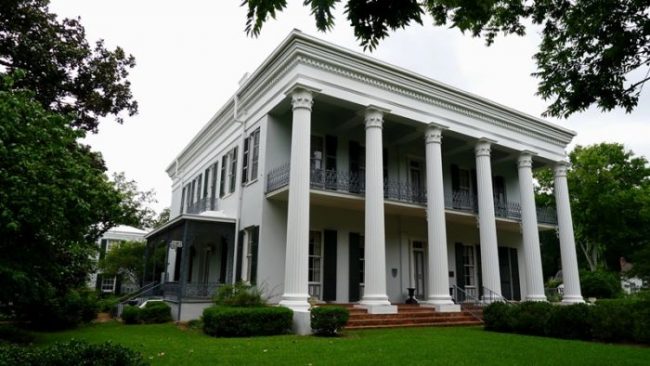 Originally built in 1856, this Greek Revival mansion was bought by local banker John McGee Parkman in 1864.

After the Civil War ended, Parkman was arrested for cotton speculation, causing his company huge losses.

While locked up Parkman attempted to escape but was shot and killed. His wife was forced to sell Sturdivant Hall a few years after his passing, at which point his spirit began to appear at the property.

He’s still said to be there to this day, with visitors reporting windows and doors opening and closing by themselves or locking on their own.

The ghosts of two young girls are also regularly spotted, but no one knows who they are or where they came from. 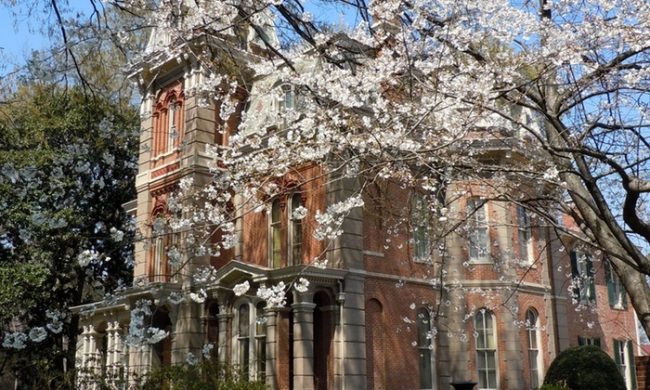 Built for businessman Amos Woodruff in 1871, his daughter Mollie married in the house and lived their her whole life.

Supposedly, she liked the home so much she stayed there after she died.

Now a museum, Mollie has even interacted with the employees who work there, once to tell them how she’d like the furniture rearranging.

While Mollie is nice enough, there is also said to be an angry male presence who hangs out on the third floor, leaving Mollie to inhabit the second.

This other entity causes guests to feel a sense of hostility, with one woman even claiming to have her necklace ripped off her. 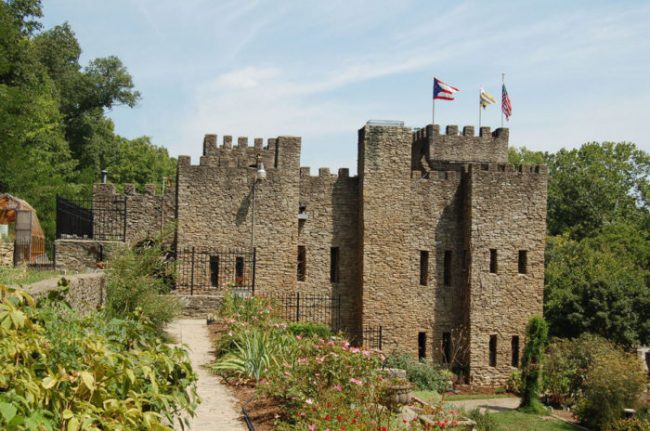 Also known as Loveland Castle due to it’s eccentric design, this medieval castle replica was constructed by World War I veteran and medievalist Harry D. Andrews over a period of 50 years.

He named it after the military hospital Chateau La Roche in France, where he was stationed during his soldier days, which literally means “Rock Castle” when translated.

After spending so much time devoted to his project in life, it’s no surprise his spirit stuck around after his death, and his ghost has been seen wandering towards his bedroom.

The apparition of a woman has also been spotted on the grounds.

A couple lived near the property until an explosion while making moonshine killed the wife, and it’s believed to be her ghost that visitors have seen.

Another spirit known as “The Viking” has also been reported, wearing a helmet and cloak.

It has been suggested that his soul is somehow attached to one of the artefacts that Andrews bought back while travelling.