10 Vending Machine Snacks We Loved Spending Our Spare Change On

Vending machines: filled with delicious chocolate bars, sweets and drinks, they definitely aren’t as prevalent now as they were during our 80s and 90s childhood. Before well-meaning celebrity chefs and health-focused government rules spoiled our fun, we were even able to spend our lunch money on vending machines at school, providing us with a much-needed pick-me-up in between lessons. From delicious, discontinued snacks to sugar-filled, fruity treats, these admittedly unhealthy items gave us a well-deserved boost when we weren’t slaving over textbooks.

Below is a delicious selection of 10 vending machines snacks that 80s kids were desperate to spend their spare change on. 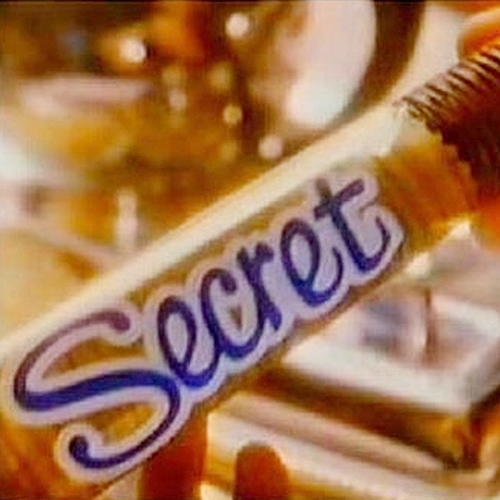 It’s no secret that this legendary chocolate bar was one of our very favourites, so we were extremely disappointed when Rowntree’s stopped producing it during the 1990s.

It really didn’t matter which other tempting snacks were available when we were growing up, because if a vending machine contained a Secret bar, we just had to get one. 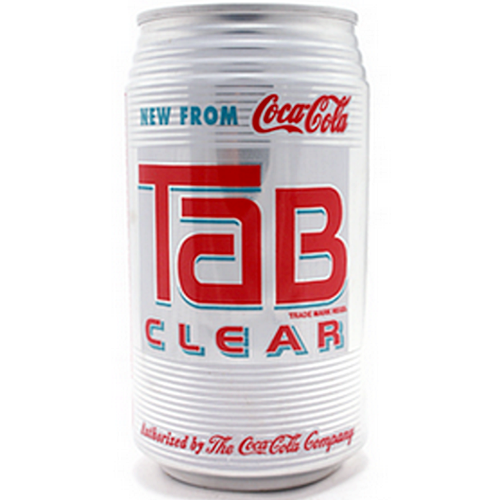 Another discontinued product that was our first choice for a refreshing, vending machine-based beverage was Coca-Cola’s delicious Tab Clear.

This see-through soft drink was only available for a couple of years during the early 1990s, but we would love to see it experience a timely comeback. 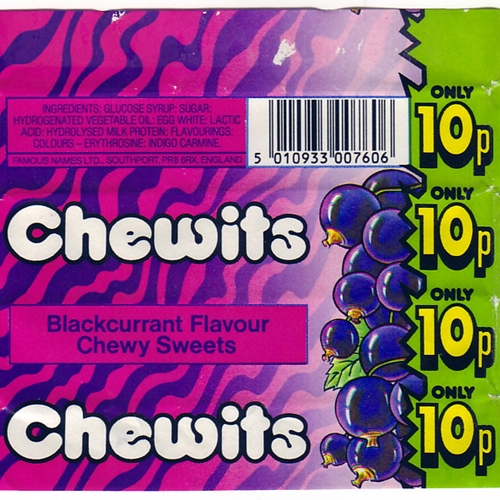 Never before or since have our mouths experienced such a struggle to consume a simple, six-sided sweet, but it was the toughness of the aptly named Chewits that made them one of our go-to childhood vending machine choices.

The encouragement we gained from the Godzilla-inspired advert that warned us to “run for your lives, the monster is coming, he’s eating everything in his path” meant that we were only too glad to spend our hard-earned coins on a packet of these delicious sweets. 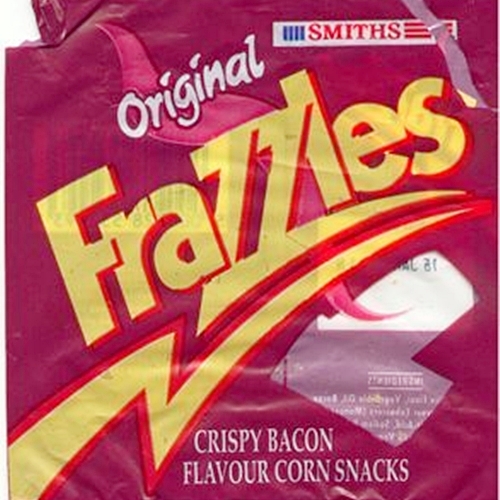 A succulent, crispy, bacon-flavored snack that tasted almost as good as the real thing, Frazzles were the perfect way to fill that hungry hole in our young stomachs.

The vending machines of our childhood might have contained many different choices of crisp, but the allure of a packet of Frazzles meant that they nearly always won out. 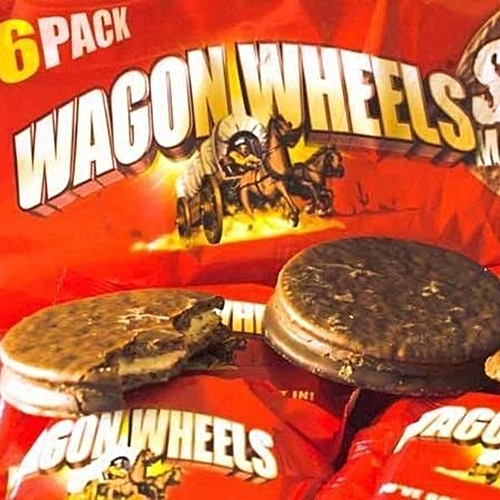 Like many of our favourite 80s and 90s snacks, the allure of a Wagon Wheel has been greatly decreased by what is usually referred to as ‘shrinkflation.’

The size of them may be rather unimpressive these days, but during our childhood, this circular, marshmallow-filled chocolate treat was a mammoth beast that never failed to fill us up. 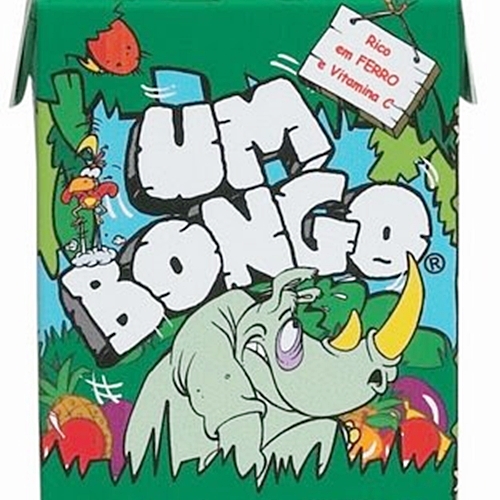 Whilst we never truly believed that its fruity flavour was created by a Congo-based Hippopotamus mixing “an apricot, a guava and a mango,” as the legendary 1980s advert suggested, we still absolutely loved the tropical taste of Um Bongo.

Kiora and Five Alive were also high on our list of carton-based vending machine beverages, but like the cartoon hippo and rhino on our TV screens, we definitely preferred “the sunny, funny one they call Um Bongo.” 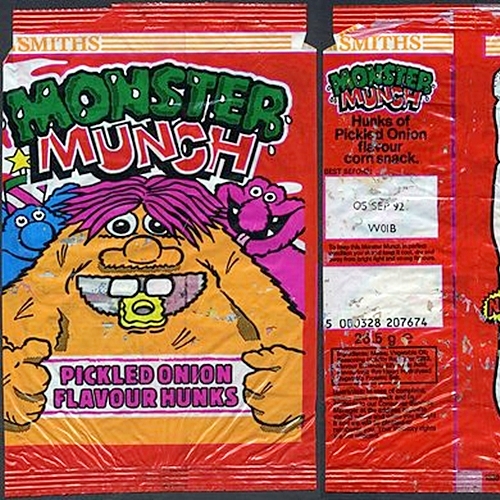 Whether you preferred the Pickled Onion or Roast Beef flavour it really didn’t matter, because a packet of Monster Munch crisps was a meal fit for a king.

Both the brilliantly scary monsters on the front and the chunky, footprint-shaped crisps contained within meant that we were always looking to purchase another packet of Monster Munch from our nearest available vending machine. 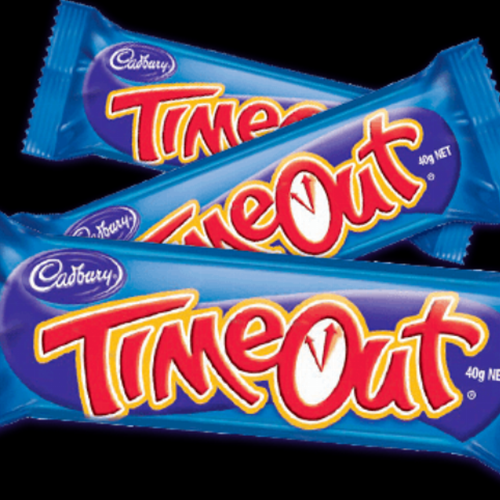 You can still purchase the similar Time Out Wafer, but if you’re anything like us then you’re longing for the return of the original and superior version of Cadbury’s succulent chocolate bar.

Apparently this delicious vending machine choice was abandoned by the chocolate manufacturer because it simply wasn’t selling well enough, but after having consumed one on many different occasions over the years we find that incredibly hard to believe. 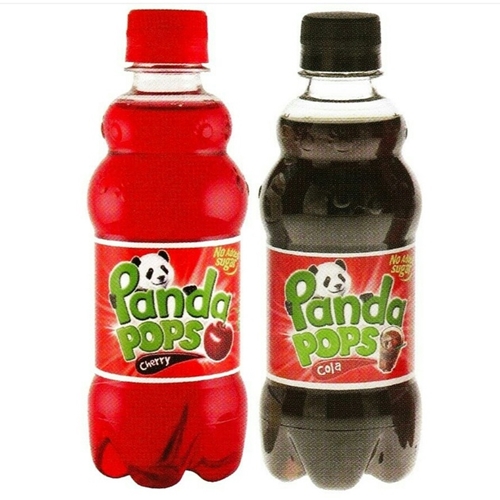 Panda Pops were a cheaper alternative to the likes of Coca-Cola and Pepsi, and whilst we are unlikely to seek them out as adults, our less mature taste buds meant that we could hardly taste the difference when we were children.

Found in vending machines all over the country, as well as being a regular fixture at children’s parties, Panda Pops were a tasty, carbonated treat that we drank as if they were going out of fashion. And they were! 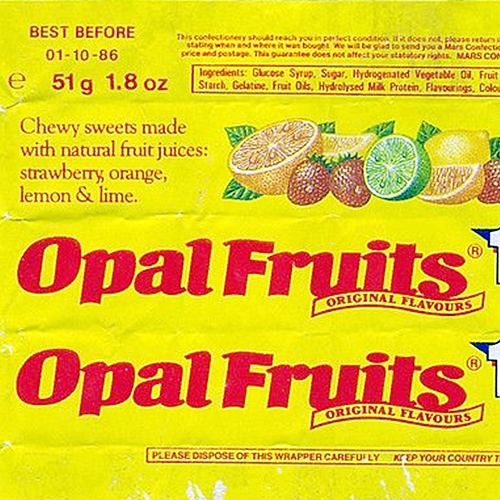 Is it just us, or did Opal Fruits never taste the same again after Mars made the inexplicable decision to change their name to Starburst back in 1998?

These fruity sweets have had their name changed back to Opal Fruits in many high street shops as a nostalgia trip, but we’re sorry to report that the choice of flavours differs from the packets that we purchased from our high school vending machine over three decades ago.