Dating in the real world is hard enough, but all the pressures of finding and being in a relationship are turned up to 11 when you’re a celebrity. There’s a ton of public scrutiny every time you so much as go out to dinner with a person, and everyone from the public to the gossip magazines will tell you if they don’t think the person you’re dating is a good fit. With that in mind, here are ten of the most unusual celebrity couples, who might not be able to believe ever dated! 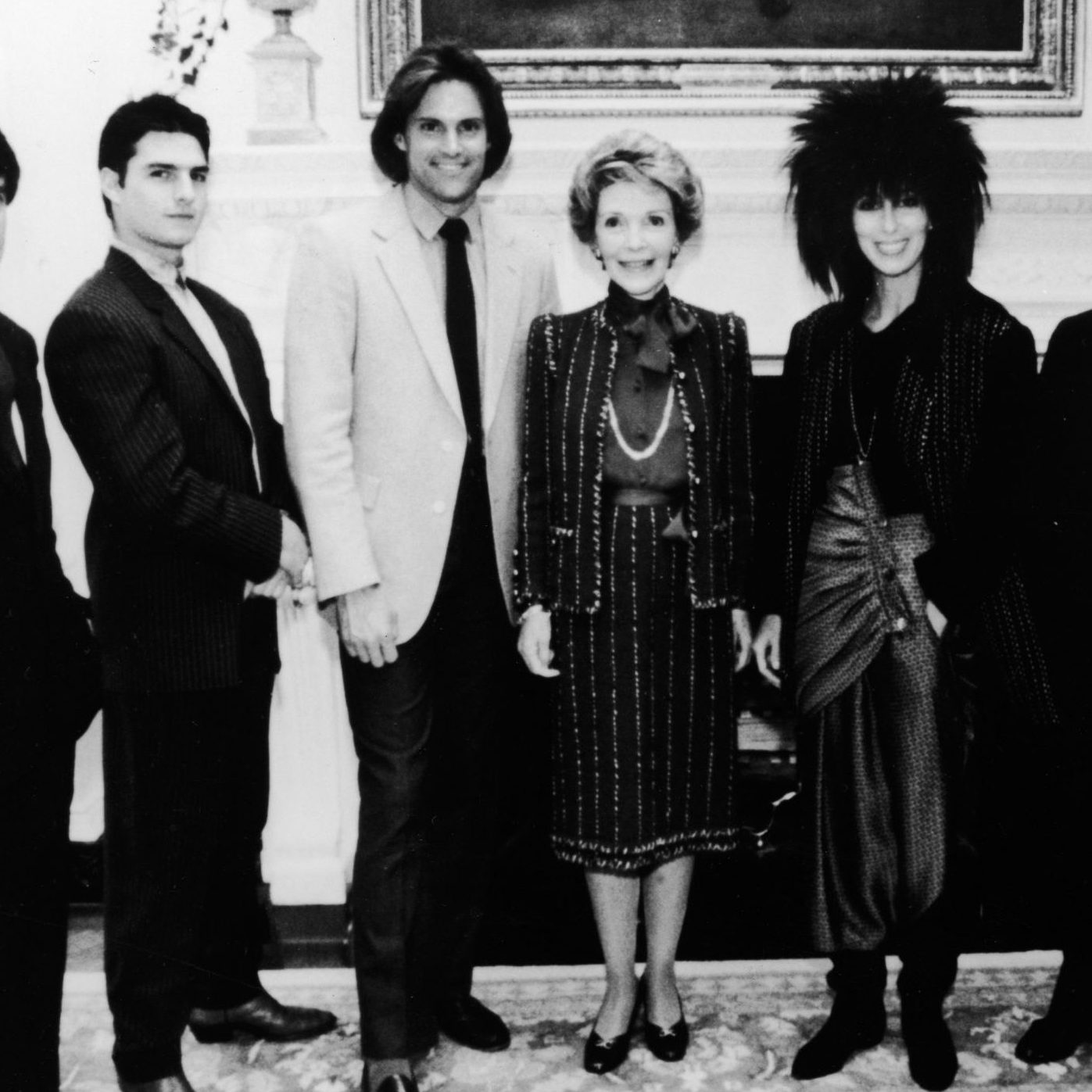 Tom Cruise and Cher are two of the most enduring celebrities in the entertainment world, and at first glance, it seems like would live in two completely separate realms. However, their worlds collided in the mid-80s, when the 23-year-old action star became romantically tangled with the musical legend, who was 16 years his senior.

Even the beginning of their relationship was deliciously 80s, as the pair first met at Madonna and Sean Penn’s wedding. After that, they bumped into each other again and made a connection when they were both invited to a White House event targeted at dyslexic people. Sadly, Cruise and Cher had to part ways in 1985 due to their busy schedules, but Cher has said that their relationship could have been “a grand romance”, and that they’re still friends to this day. 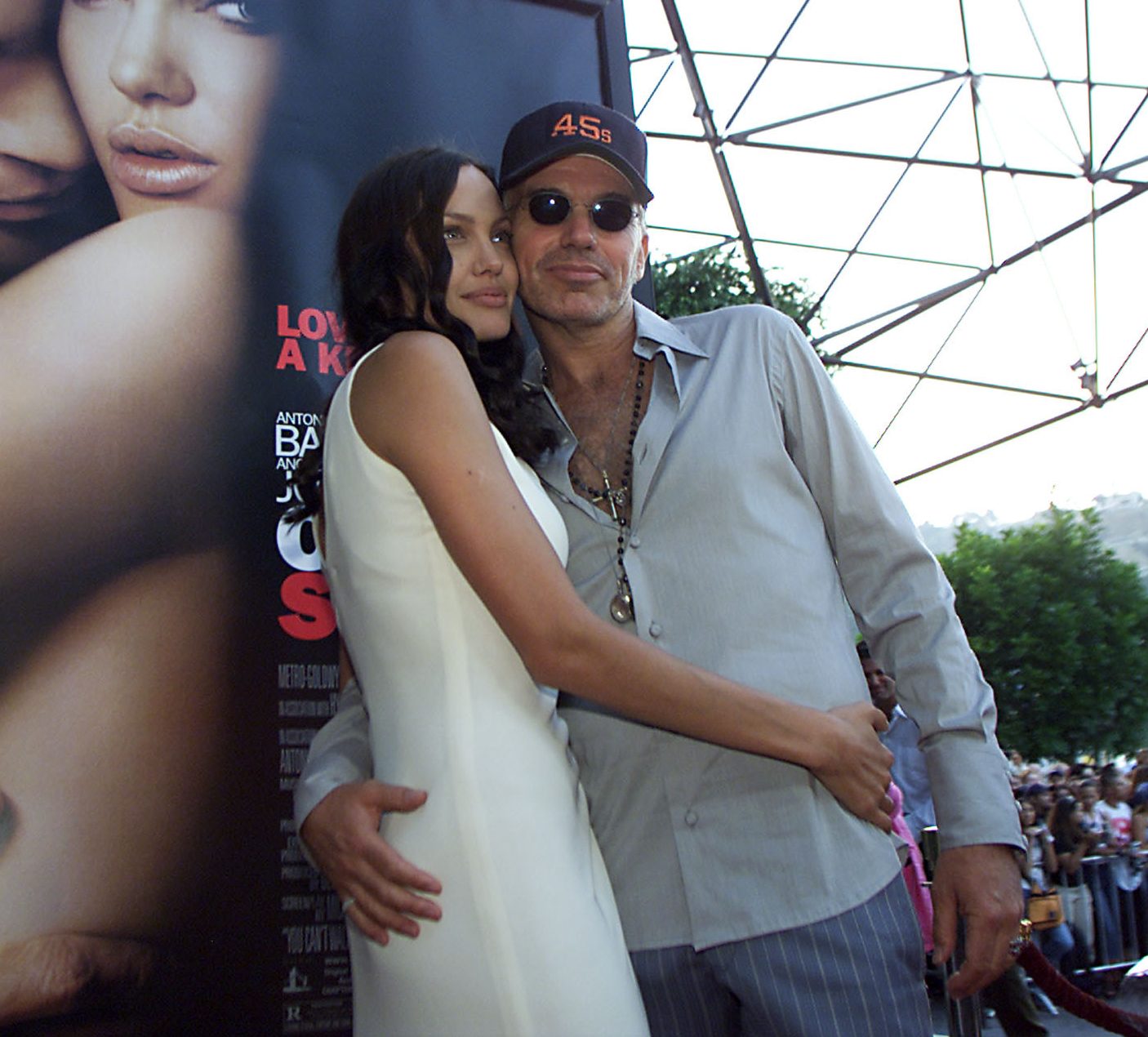 There are some couples that fans and families instantly agree are made for each other, but Angelina Jolie and Billy Bob Thornton have never really fallen into that category. When the pair started dating in 1999 after working on the movie Pushing Tin together, many eyebrows were raised over their 20-year age gap, and the questions kept coming as more details came out about their bizarre married life.

Not only did Jolie get married in a tank top and jeans, shocking the gossip magazines at the time, but she and Thornton also wore vials of each other’s blood around their necks. As if that wasn’t morbid enough, Thornton also gifted Jolie his-and-hers graveyard plots next to each other. Unfortunately, the relationship didn’t last long, with Thornton saying that he was “scared of” Jolie, and “never felt good enough” for her. The pair divorced in 2003. 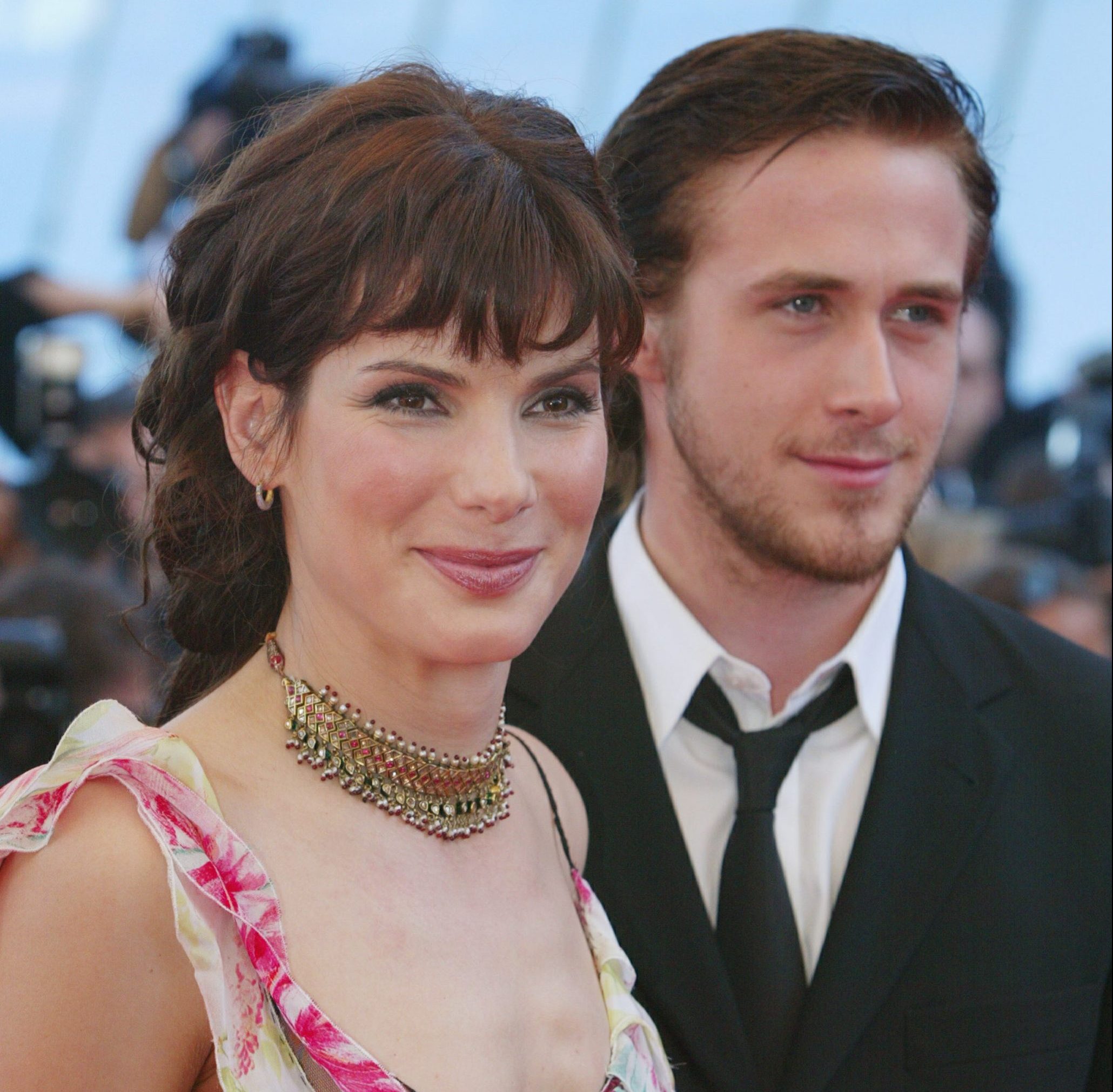 Unlike many of the couples on this list, Sandra Bullock and Ryan Gosling never went public with their relationship while they were actually dating, but they have since spoken about each other and tacitly confirmed their love connection. The two met on the set of Murder by Numbers in 2001 and, despite Gosling playing a rough-and-tumble criminal and Bullock playing the detective pursuing him, they quickly had to fend off rumours about an on-set romance.

Despite their 16-year age gap, the couple dated for a full two years, with Gosling reportedly teaching Bullock how to slow down and “chill out”. However, even after they were spotted cuddling at the Cannes Film Festival, Bullock would only ever refer to Gosling as a “friend”. She later revealed that she intentionally never used the word just in order to avoid diminishing the importance of their relationship. 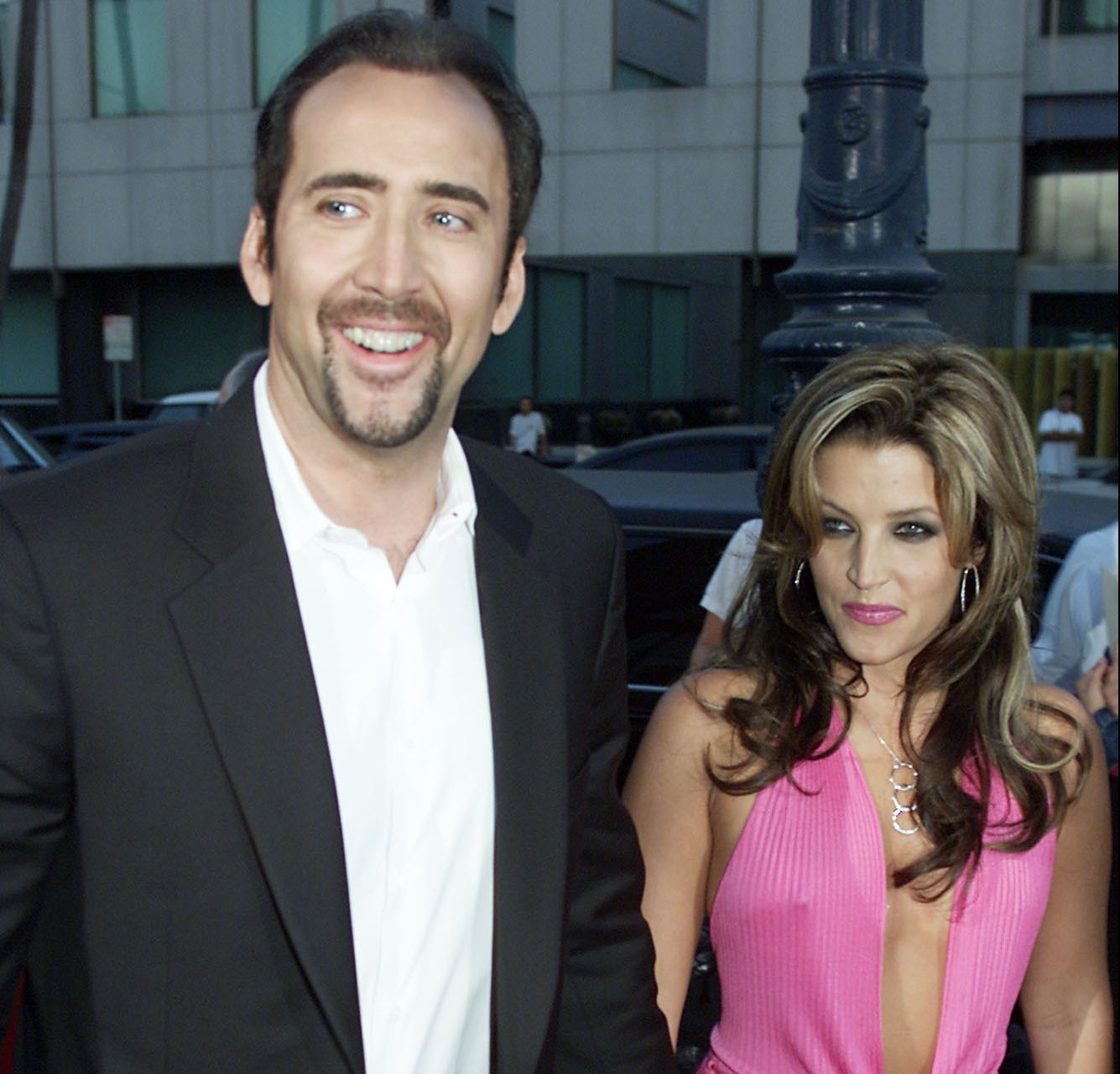 The reason famous people tend to date other famous people is simple: celebrities understand each other’s busy schedules, and are more willing to accept the level of scrutiny and curiosity that comes with dating in the public eye. When you bear that in mind, Academy Award-winning actor Nicolas Cage and daughter of ‘the King’ Lisa Marie Presley may seem like a perfectly sensible match, but things didn’t go as well for them as they planned.

The two were married from 2002 to 2004, but Cage allegedly couldn’t deal with the level of intense fan behaviour that followed the younger Presley around. Things were further complicated by the fact that movies in Cage’s early film career were littered with references to Elvis Presley, leading some in the press to speculate that Cage’s relationship with Lisa Marie was simply an extension of his Elvis obsession. Lisa Marie Presley later said of one of their arguments: “He got annoyed, you know – and I got annoyed. I was like… you know we cannot be because you’re an Elvis freak, you know, thing. Which is said about both of us, actually.” 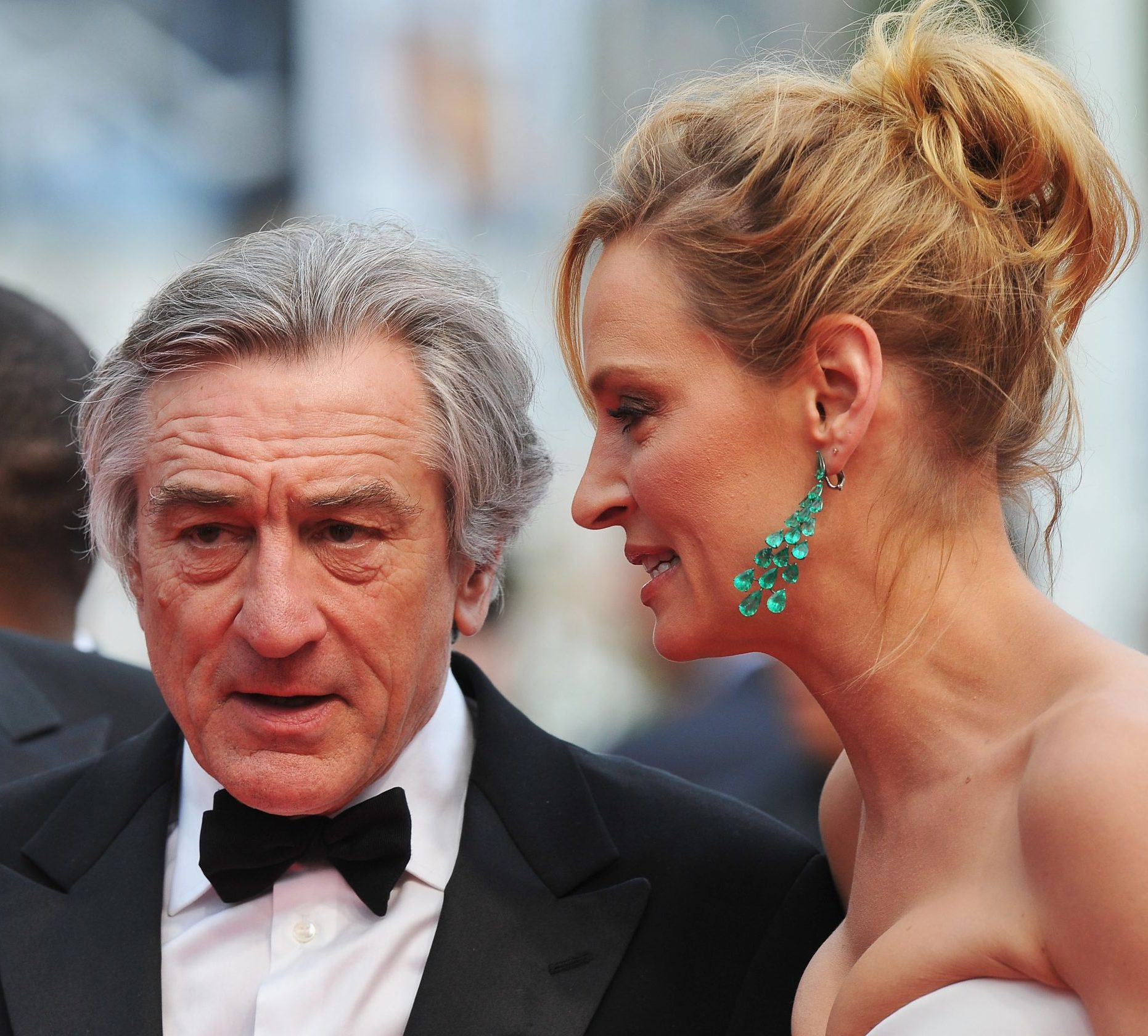 Uma Thurman is considered to be one of the most beautiful people in Hollywood, so it’s unsurprising that she has had her fair share of high-profile relationships with celebrity admirers. However, when Thurman and Robert De Niro stepped onto the set of the 1993 crime dramedy Mad Dog and Glory, no one in the press was expecting a love connection.

The movie was released to positive reviews but very minimal fanfare, but rumours soon began to swirl that a 50-year-old De Niro was pursuing his 23-year-old co-star. At the time, Thurman was still reeling from her short-lived marriage to fellow actor Gary Oldman, which began in 1990, after the two met on the set of State of Grace, and ended in 1992. De Niro and Thurman were seen together on multiple occasions, so much so that their relationship was considered common knowledge, but neither party ever actually confirmed it. 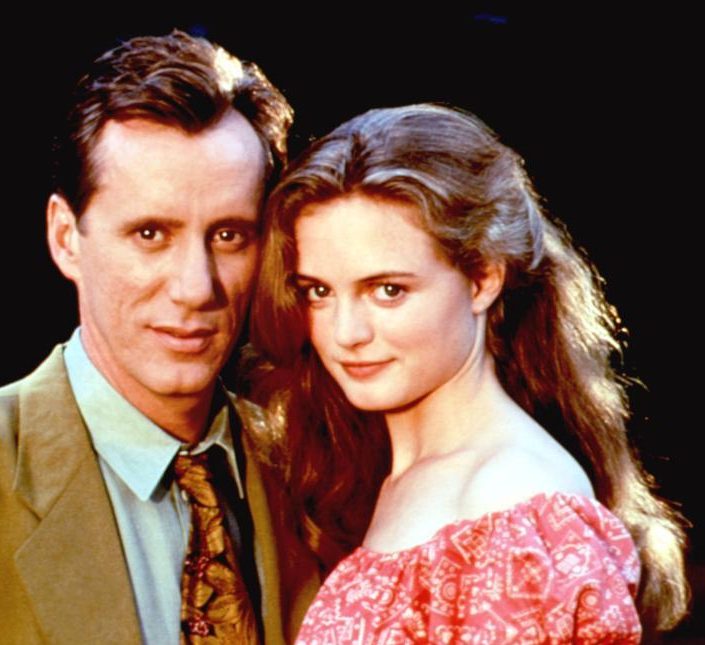 Many unlikely celebrity romances have become pretty well known over the years, but one that may have slipped under your radar is James Woods and Heather Graham. The pair met on the set of the 1992 sports dramedy Diggstown, and began dating soon after. At the time Graham was 22, exactly half the age of her 44-year-old boyfriend Woods, who had already been married twice when he met Graham.

Woods later went on to become infamous for dating Ashley Madison, the daughter of his close friend John Myrick. Woods was 59 at the time, while Madison was 19, which definitely raised some eyebrows. As for Woods’ romance with Graham, she later said in an interview: “I can’t believe I ever went out with him. That’s one of those relationships you look back on and say, ‘What was I doing?’ He’s a very interesting man, but it’s hard to imagine I dated him.” 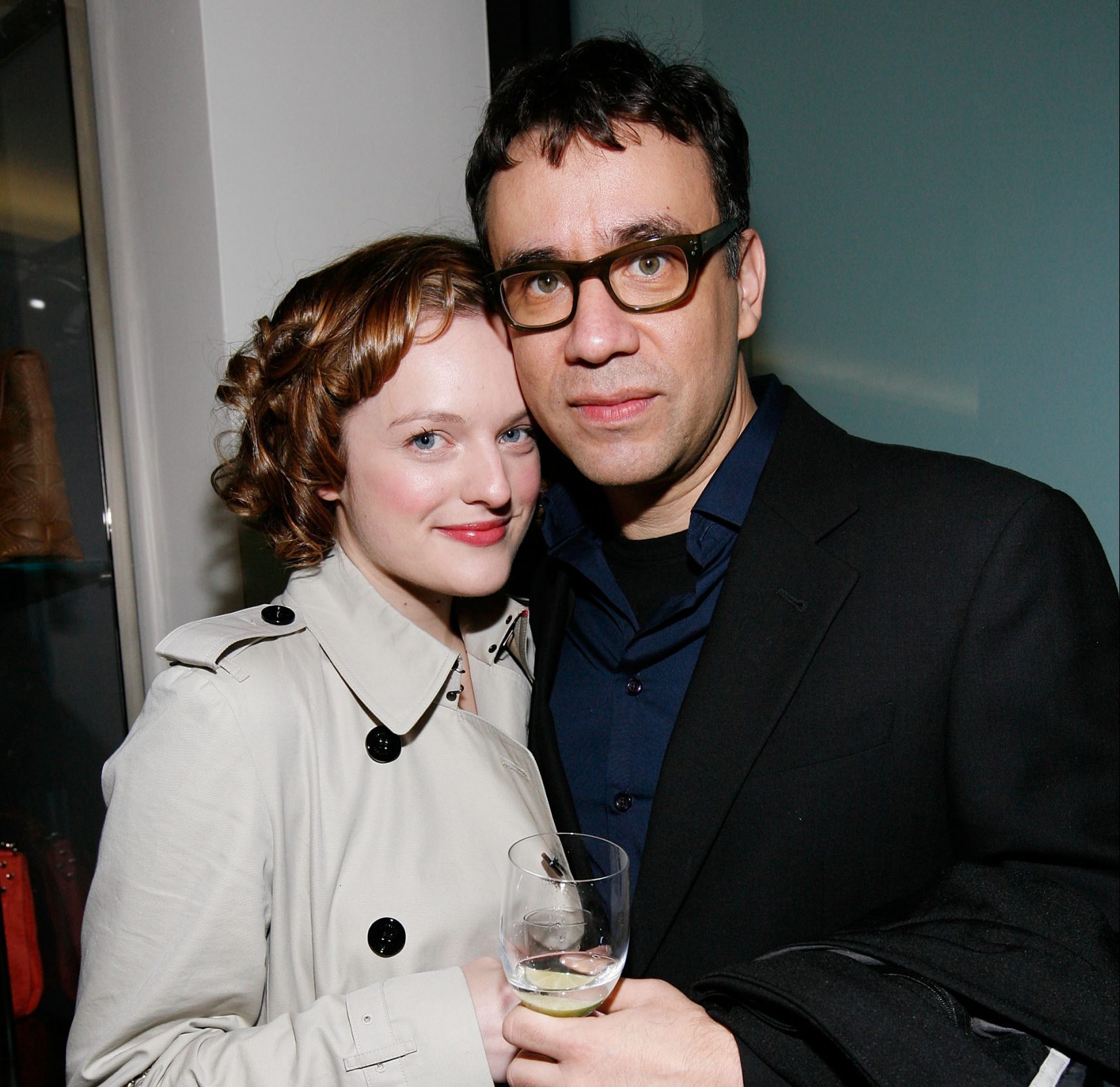 Even if an unusual celebrity match-up doesn’t last for long, both parties usually end the relationship with no serious ill will (at least not publicly). Instead, it’s often a case of the two just not gelling as a couple, and deciding to go their separate ways so they can be happier with other people. However, that is not what happened in the case of Elisabeth Moss and Fred Armisen.

Moss met the former SNL comedian backstage when her Mad Men co-star Jon Hamm was hosting the show, and the two began dating not long after. The pair were married before hitting the 12-month mark in their relationship, but separated a scant eight months later. Part of the problem came down to age, with Armisen being 16 years Moss’ senior. However, after the relationship broke down, Moss said in a 2014 interview with New York Magazine: “Looking back, I feel like I was really young, and at the time, I didn’t think I was that young. It was extremely traumatic and awful and horrible.” 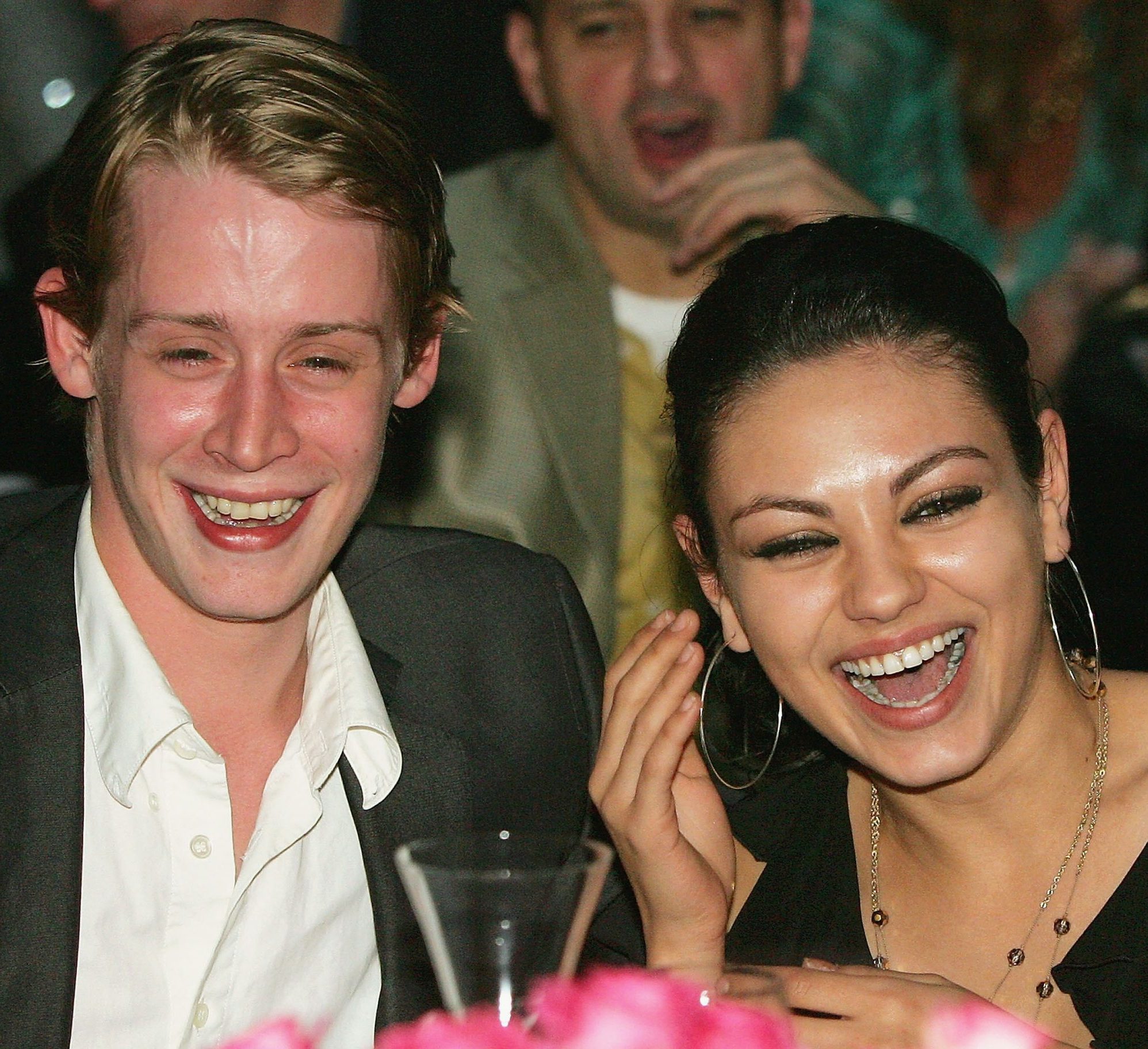 Without a doubt, one of the most unlikely celebrity couples of the early 2000s was Macaulay Culkin and Mila Kunis. Rumours first began to swirl around the actors in 2000, but the two managed to keep their relationship under wraps until 2002. Even after that, Culkin and Kunis’ relationship remained long-distance for a few years, with Culkin living and working in New York and Kunis basing herself in Los Angeles.

For a while, it seemed as though Culkin and Kunis would keep going strong forever, but everything changed in 2011. Though Culkin has to this day refused to ever talk about the breakup, Kunis has since admitted that the relationship coming to an end was mostly down to her own behaviour. In an interview following the break-up, Kunis said: “I was an a** in my 20s and I’ll be the first to admit it. And that’s something that took me a long time to come out and be like, ‘Yeah, you know what, I was a d***,’ and accept it and I own it now.” 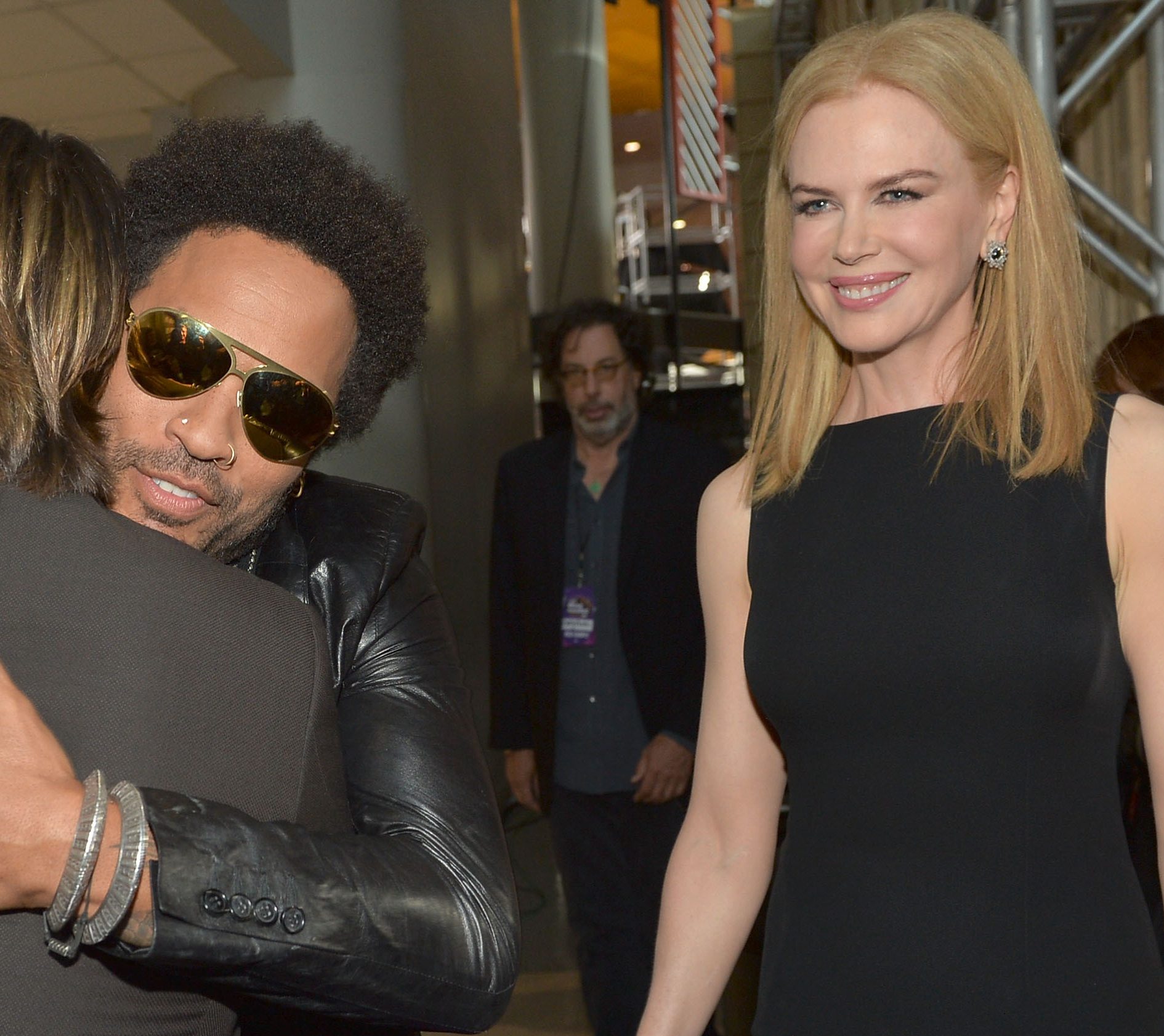 Lenny Kravitz has been one of the coolest people in the entertainment world for decades, and Nicole Kidman is one of the most beautiful and talented actresses in all of Hollywood. However, despite the fact that they have similar levels of fame, people were shocked when in 2002 it came out that Kravitz and Kidman were planning on tying the knot. The pair were only together from 2002 to 2003, and their relationship mostly flew under the radar, thanks to Kravitz’s other high profile relationships with legends like Madonna and Kylie Minogue.

Though the relationship did not last very long, the split was pretty amicable. In 2017, when Kidman was interviewed on The Edit about her experience of working with Lenny’s daughter Zoe Kravitz on Big Little Lies, she said: ‘Well, I knew Zoë because I was engaged to her father. It’s all in the family! I love Lenny; he’s a great guy.” 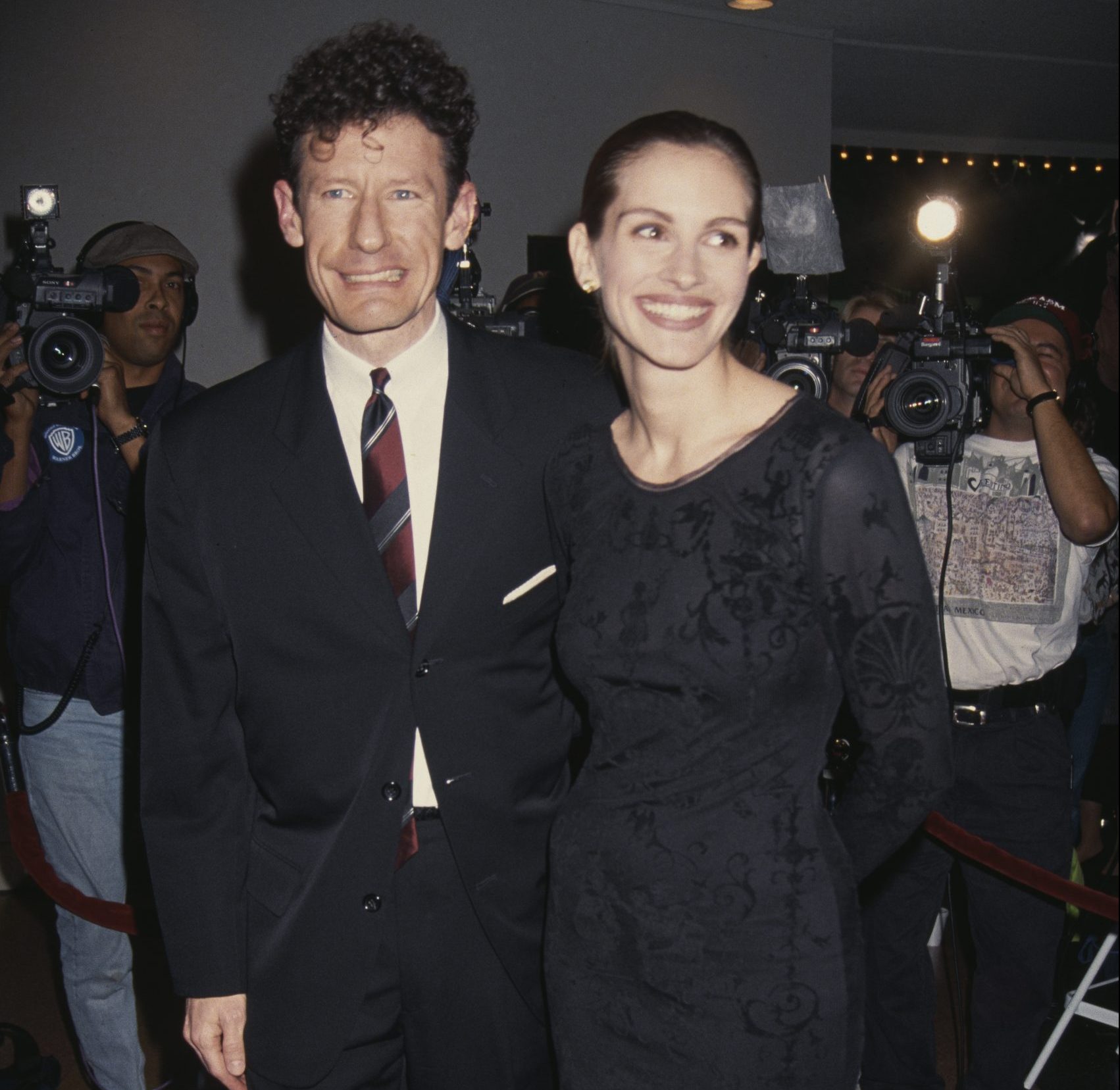 Julia Roberts was once one of the most famous faces in Hollywood, after starring in huge titles such as Pretty Woman, Notting Hill and Eat, Pray, Love. During the early 90s, Lyle Lovett was one of the most recognisable musicians in the country music scene. Despite their similar levels of fame, many people were still surprised when the pair announced their relationship in early 1993. People were even more shocked when the speed of their relationship became apparent, as Roberts appeared onstage at one of Lovett’s concerts in a wedding dress and announced that the two of them would be spending their lives together.

Roberts gave an interview shortly after her 1993 marriage, saying “I feel liberated in a way. I feel like this really pleasant calm has descended on my life”. Unfortunately for both Roberts and Lovett, this marital bliss did not last, as the two finalised their divorce just two years later in 1995.