10 TV Wizards & Witches That All 80s Kids Should Remember

JK Rowling’s Harry Potter books have sold a quite staggering 500 million copies across the globe, but anyone who grew up during the 1980s knows that these popular stories were definitely not the first time we had been introduced to the world of wizards and witches.

Featuring a green, emu-hunting monstrosity, a cone-shaped friend of the late magician Paul Daniels and a sidekick to the most powerful man in the universe, below are ten TV wizards and witches that all 80s kids should remember. 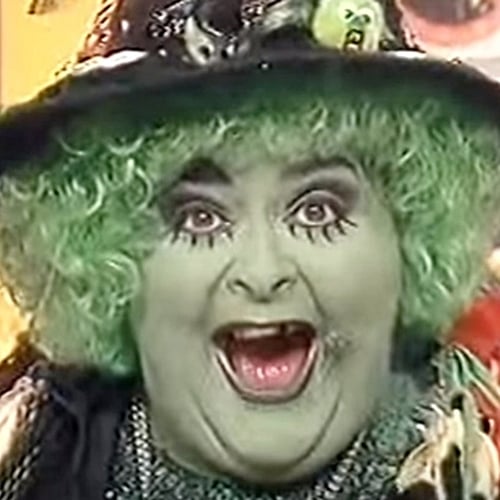 She often referred to herself as “the bestest witch in the whole wide world,” and we certainly weren’t going to argue with the terrifying Grotbags.

Portrayed by the late actress, comedian and singer Carol Lee Scott, who also released two albums during the late 1970s, Grotbags appeared in a number of TV shows during our childhood before becoming a regular fixture on the pantomime circuit.

9. Orko (He-Man and the Masters of the Universe) 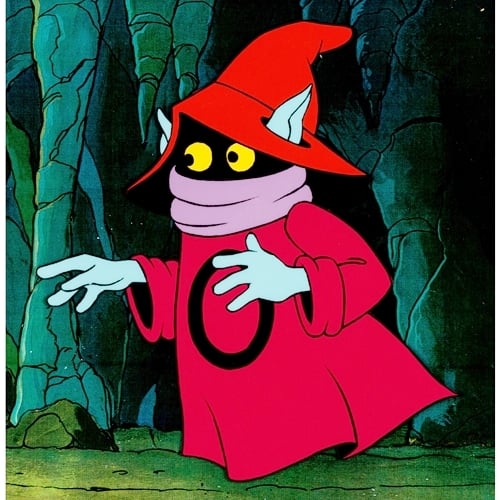 We never found out what he actually looked like underneath his red robe and hat, but we do know that He-Man’s friend Orko was the last of a race of mystical beings known as Trollans.

And like one or two of the other wizards and witches on our nostalgic countdown, Orko’s powers enabled him to pull various useful items from his pointy hat. 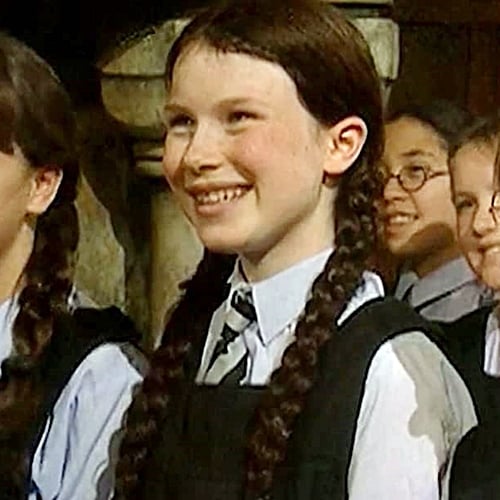 She started out in a series of books that many of us enjoyed reading during our 1980s childhoods, but it wasn’t long before The Worst Witch – real name Mildred Hubble – made her wicked way onto our TV screens.

The hit 1998 BBC children’s show The Worst Witch was followed by The New Worst Witch in 2005, and both did real justice to the books of the late British author Jill Murphy. 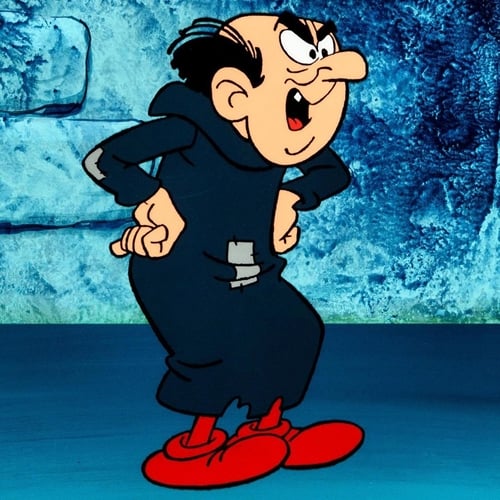 Gargamel was a surprisingly scary little cartoon wizard, whose only goal in life was to kidnap everyone’s favourite tiny blue creatures in order to turn them into gold.

Along with his pet cat Azrael, Gargamel created a number of increasingly outlandish plans and schemes, which thankfully always failed to do lasting damage to any of the cute little Smurfs.

6. The White Witch (The Lion, the Witch and the Wardrobe) 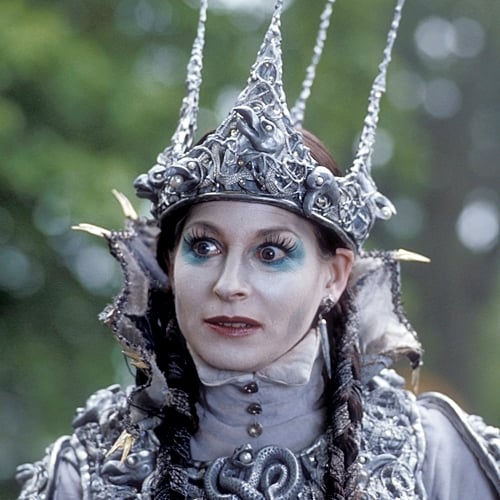 The main antagonist of CS Lewis’ timeless Narnia books The Lion, the Witch and the Wardrobe and The Magician’s Nephew, The White Witch was the stuff of nightmares when we were growing up.

The 1988 BBC TV adaptation of The Chronicles of Narnia brought the White Witch and her Turkish Delight temptations to life in the most terrifying way. 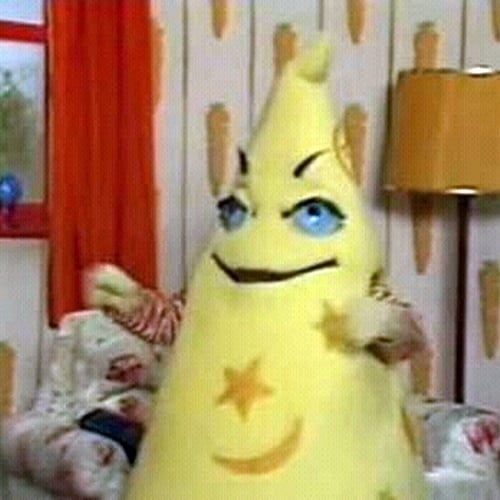 Thanks to an incredibly catchy theme tune that encouraged us to go “ha ha this a way” and “ha ha that a way,” Wizbit was a TV show from yesteryear that we’re unlikely to forget any time soon.

Wizbit starred the late magician Paul Daniels and his wife Debbie McGee, and saw the cone-shaped alien doing his very best to find out all he could about planet Earth. 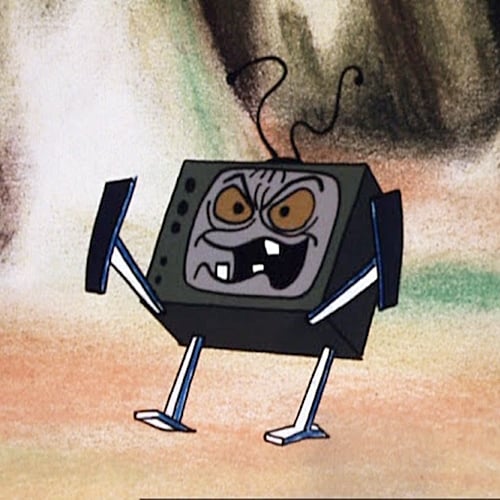 Willo the Wisp was an early 1980s, Kenneth Williams-narrated programme that many parents enjoyed watching almost as much as their children.

This popular BBC show of course featured Evil Edna, a witch who took the form of a very evil-looking talking TV set, and would regularly zap Willo the Wisp, Arthur the caterpillar and Mavis the fairy with her aerial. 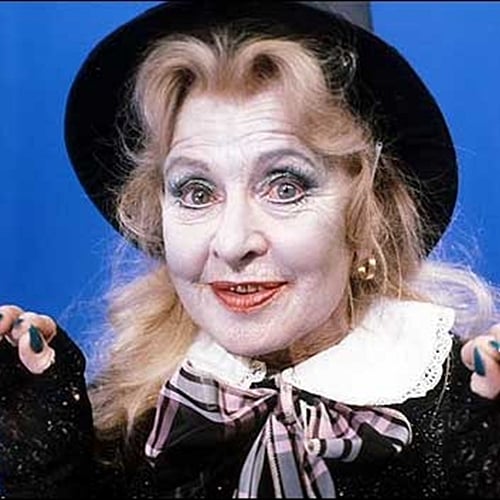 The BBC children’s TV classic Rentaghost featured a cast of wonderfully eccentric characters, all of whom worked for a company that rented them out for various spooky tasks.

One of Rentaghost employees was Hazel the McWitch, who was portrayed to perfection by the late Scottish actress Molly Weir.

2. The Witch (Simon and the Witch) 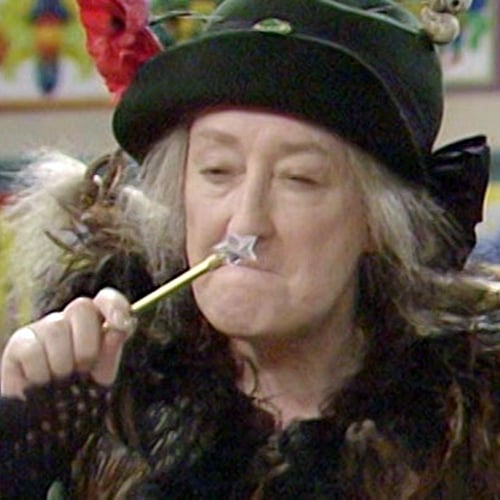 Simon and the Witch was based on a 1976 book of the same name by the British author Margaret Stuart Barry, and it told the story of a friendship between a young boy and, yes you’ve guessed it, a witch.

The Witch in this particular show was a friendly, if slightly muddled old lady who Simon would regularly have to help navigate through the perils of everyday life. 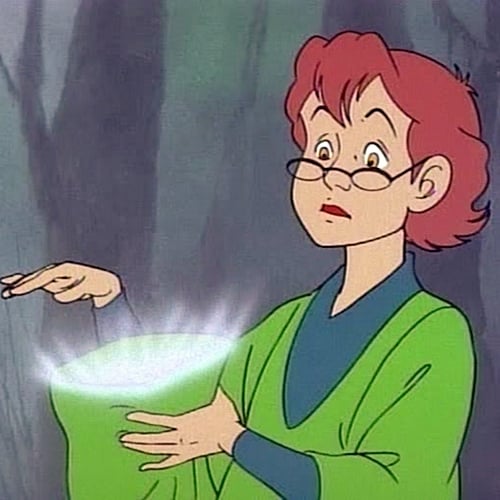 We could have chosen Dungeons & Dragons’ horrifying evil antagonist Vengar instead, but where possible, we prefer to avoid the dark side when it comes to choosing our favourite retro TV wizards.

14-year-old Presto was rather shy and unassuming, but his useful otherworldly skills meant he would often magic items from his wizard’s hat to assist his friends Hank, Sheila, Bobby, Eric and Diana.