Most of you will have heard the phrase ‘political correctness gone mad’ at some time or other over the last couple of decades, and whilst we are often in favour of the way that society has evolved since the 1980s, there are still occasions when we believe that things have gone too far.

Take the TV we enjoyed during our childhood, as an example. The schedule was full of challenging, thought-provoking and at times downright scary programmes, in stark contrast to the watered-down, inoffensive, bland shows that are being broadcast (or streamed) for young people three decades later.

Below are 10 prime examples, listed in alphabetical order, of TV shows from the 1980s that the young people of today would most definitely not be able to handle. 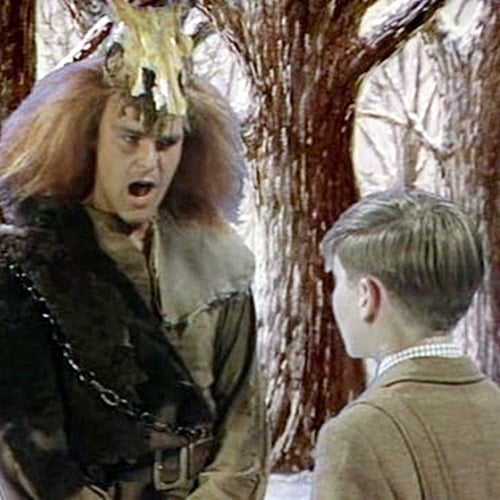 The Box of Delights was originally broadcast over Christmas in the year 1984, and it scared the absolute life out of us.

We have vivid memories of a giant wolf’s face appearing in the sky, as well as a scary magician who was always after the protagonist and his magical time travelling box. Mummy! 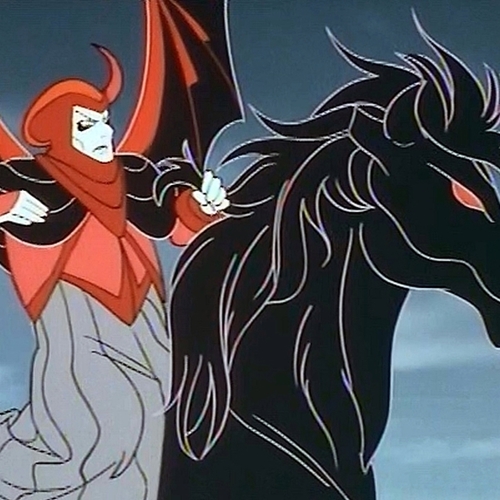 An animated show that we simply cannot believe our parents allowed us to watch, Dungeons & Dragons saw eight youngsters transported to a scary fantasy land where they were forced to battle the terrifying Venger.

One or two episodes in particular were so traumatising to our young minds that they are seared into our memory forever. 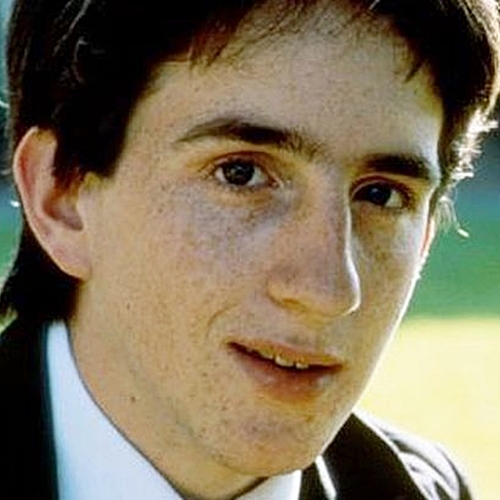 Whilst Grange Hill was at times a regular (although very well made) look at the everyday life of school children, there were two or three moments that definitely gave us nightmares.

One child drowned in a quite horrific manner and another died after falling off the roof of a car park. But the one moment that we’ll never be able to shake is Danny Kendall’s lifeless body flopping out of a car door in series eight. 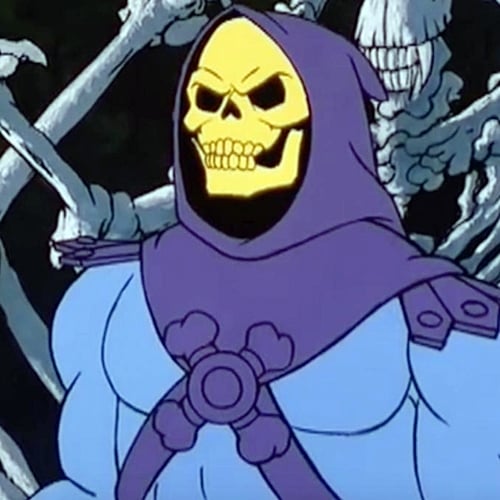 Whilst He-Man and the Masters of the Universe wasn’t particularly troublesome, watching it now with your own children does make you realise that Skeletor was actually pretty scary.

But it’s not He-Man’s archnemesis that qualifies his show to be part of our list, it’s the fact that compared to most of the kids shows you see these days, the quality of animation in it is absolutely terrible!

6. Jamie and the Magic Torch 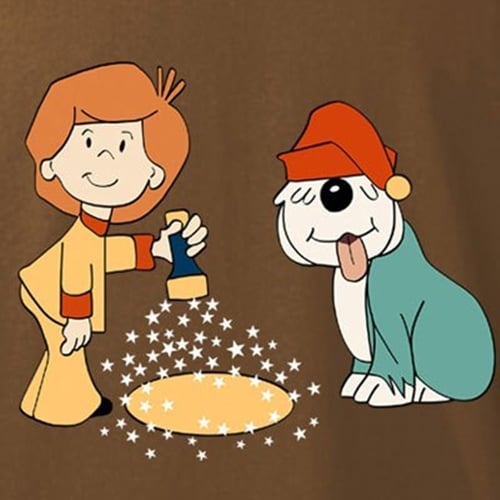 We don’t know about you, but we’re not too keen for our children to know what it feels like to consume illegal substances. The classic 1980s cartoon Jamie and the Magic Torch didn’t give a damn however!

What with adult eyes definitely looks like a drug-fuelled trip through someone’s subconscious, Jamie and the Magic Torch really is one of the strangest cartoons of our entire childhood. 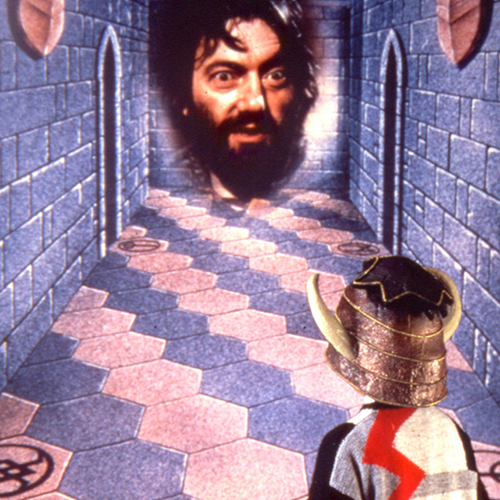 Children these days may be used to extremely realistic-looking computer games, and some young people may even have a virtual reality headset of their own, but nothing could prepare us for the terror of the brilliant 80s ‘kids’ game show Knightmare.

Watching their best mate side-step into a spike filled pit or bottomless chasm simply must have traumatised one or two of the Knightmare contestants for life.

4. The Mysterious Cities of Gold 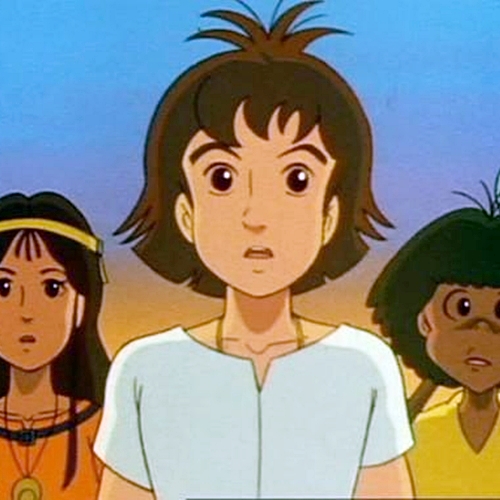 Apart from one or two moments, particularly the final episode where [spoiler alert!] the show’s characters reach the centre of the Earth, The Mysterious Cities of Gold was not particularly scary.

But the show’s mix of archaeology, South American history and science fiction means that it would probably fly straight over the heads of many modern day kids, hopefully in a giant mechanical golden condor. 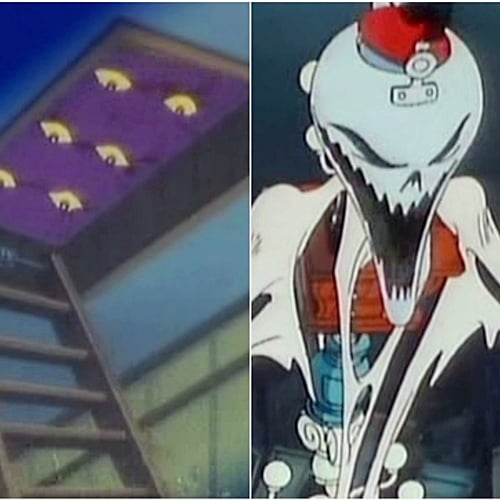 Another show we can’t believe was ever added to a children’s TV schedule, The Real Ghostbusters was, particularly in its superior first series, absolutely terrifying.

Featuring very adult-based horror themes that they somehow got away with showing to us poor 80s kids, The Real Ghostbusters is one show that we would not be keen for our own children to see. 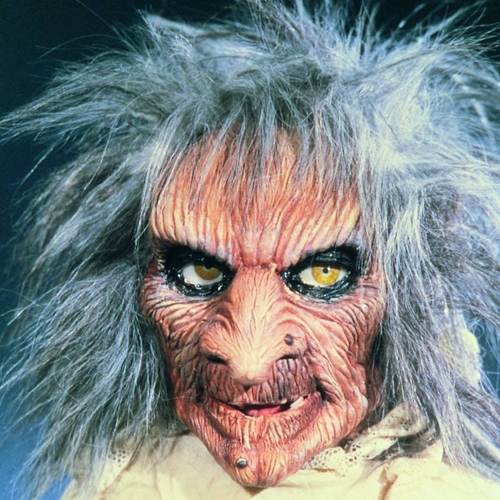 If there’s one name that is sure to send any true 80s kid running to the hills then it’s this one: Zelda!

Whilst the Terrahawks show itself wasn’t too challenging, the wrinkled face of the evil alien queen is an image that even to this day still gives us the shivers. 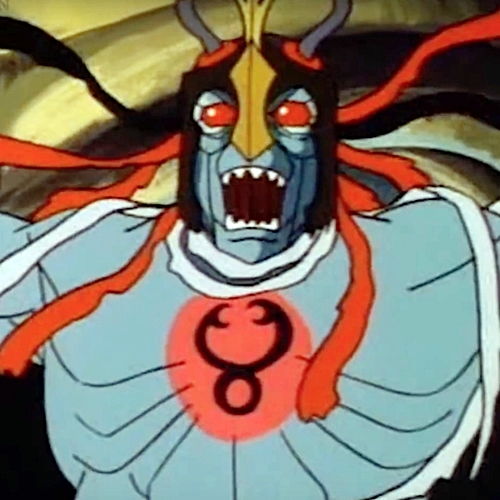 What do you mean the kids of today would easily be able to handle ThunderCats? We think you’re remembering Snarf, WilyKit, WilyKat and the like, and forgetting the Ancient Egyptian-themed monstrosity that was the evil Mumm-Ra!

Mumm-Ra’s transformation from a feeble bandaged old person into a giant muscle-bound monster would most definitely not make it onto children’s TV these days.