10 TV Characters That All 80s Boys Really Wanted To Be

A healthy childhood is one that is full of make-believe, and during the 1980s we were blessed to have a large number of brilliant TV characters to emulate when we were taking a break from our busy and occasionally overwhelming young lives.

Below are 10 TV characters that all 80s boys (and probably many girls too) really wanted to be. We know you’ll all have your own personal choice, but we do hope that at least one of your favourite fictional males has made it onto the following list. 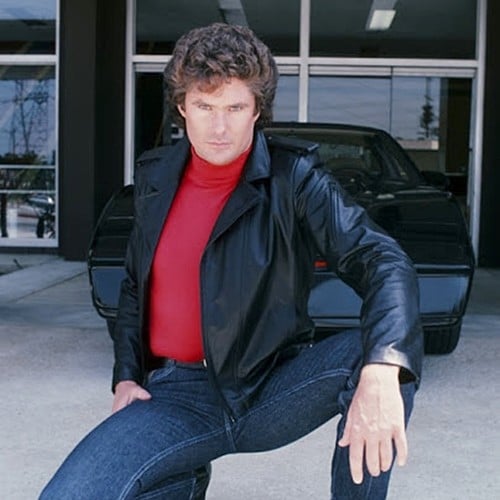 He got to drive the super-intelligent, fast and cool-looking Knight Industries Two Thousand (K.I.T.T) car, so of course we wanted to play at being police detective turned high-tech fighter of crime Michael Knight.

David Hasselhoff would go on to play a swimsuit-clad lifeguard who we were also massive fans of, but to us he will always be the Knight Rider, giving us ‘a shadowy flight into the dangerous world of a man who does not exist.’

9. He-Man (He-Man and the Masters of the Universe) 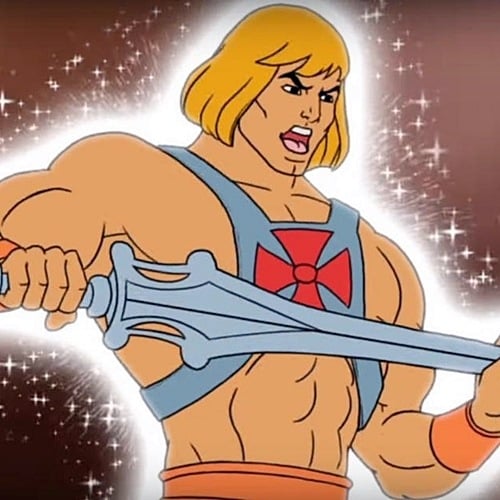 Every episode of He-Man and the Masters of the Universe saw the hero declare that he had ‘the power,’ which even the show’s creators have admitted was one of the main reasons behind its massive success.

Life as a five or six year old is often confusing, so to have the muscle-bound He-Man tell us that he had everything under control made watching him battle the evil forces of Skeletor a constant delight. 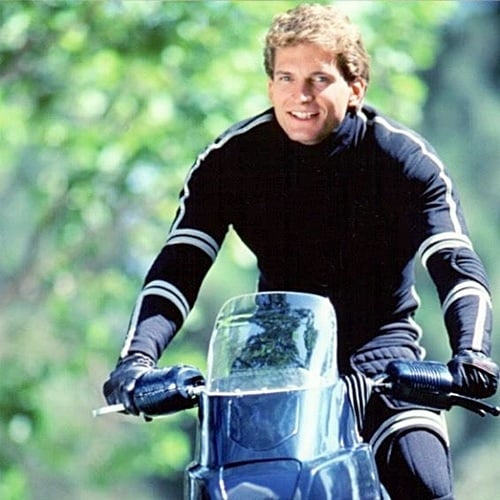 Street Hawk’s opening narration told us that Jesse Mach, an ex-motorcycle cop, had been ‘recruited for a top secret government mission to ride Street Hawk, an all-terrain attack motorcycle.’

Street Hawk was ‘capable of incredible speeds of up to 300 miles an hour’ and had ‘immense firepower,’ so sorry Michael Knight, because Jesse Mach was the 80s TV character that we wanted to emulate above all others. 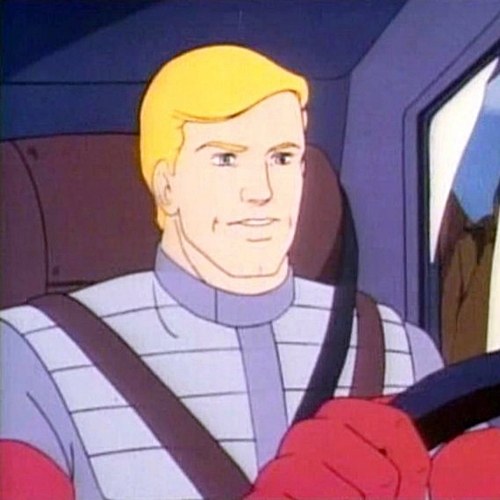 There were many members of the Mobile Armored Strike Kommand that we would have been only too happy to step into the M.A.S.K. of, but Matt Trakker was their leader and also owned what was arguably their best vehicle.

Thunderhawk was a red Chevy Camaro sports car that could suddenly transform into a bomb-laden, winged jet fighter, so we were always competing with our friends to decide who was going to play Matt Trakker. 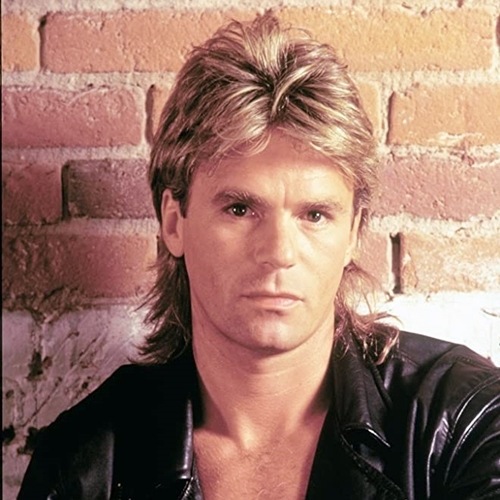 A United States government agent who was able to get out of any situation as long as he had an army knife, string and duct tape to hand, Angus MacGyver was responsible for some of the silliest and most brilliant TV moments of the 1980s.

From a hot air balloon made from nylon, a gas canister and some glue, to a defibrillator created out of a rubber mat, some candlesticks and a microphone cable, MacGyver was a good looking DIY expert who we could only dream of emulating. 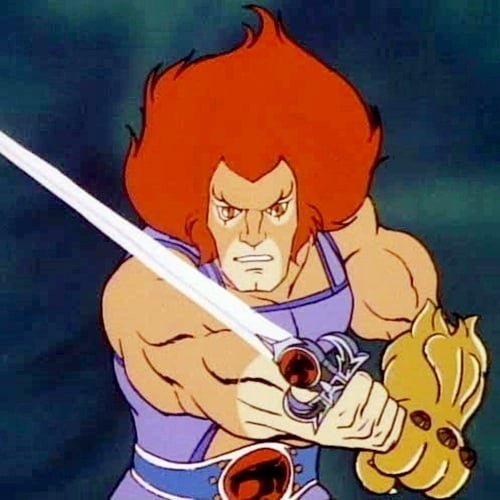 He may have been a humanoid lion, but that didn’t stop us from running around our house shouting “ThunderCats Ho!” whilst wheedling our toy Sword of Omens.

If it was only us coming up against the timeless Egyptian evil that is the Mumm-Ra then we would have been utterly petrified, but once we stepped into the blue boots of Lion-O we had no fear whatsoever. 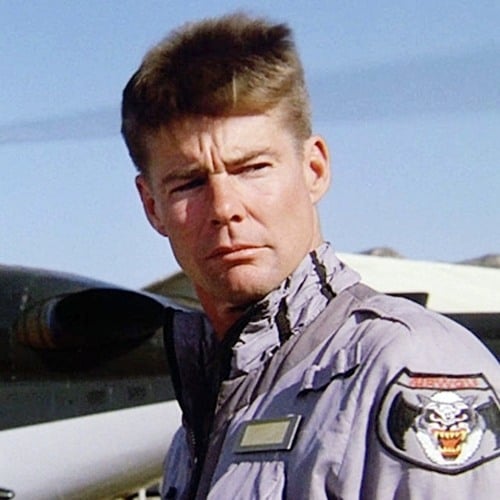 Michael Knight had the car and Jesse Mach had the bike, but if we wanted to take to the skies as a kid then we had to pretend to be the ridiculously named Stringfellow Hawke, who was of course the Airwolf helicopter’s chief pilot.

And Airwolf wasn’t just any old helicopter, because it featured a stealth mode, a wide range of weapons and supersonic speed, allowing us to take down any imaginary bad guy that dared cross our path. 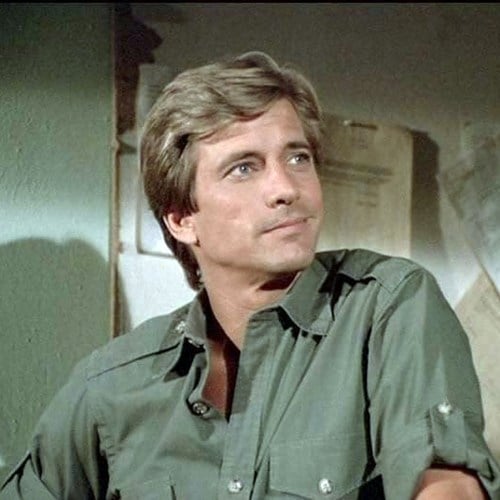 We all had our favourite member of The A-Team, but as much as we loved the tactical mind of John ‘Hannibal’ Smith, the sheer brute force of ‘Bad Attitude’ Baracus and the sheer madness of ‘Howling Mad’ Murdock, there was only one ‘Face’ that we wanted emulate.

Played by a completely different actor in the show’s first episode, Templeton ‘Faceman’ Peck’s boots were soon filled by Dirk Benedict, who might just be the coolest guy in the history of US TV. 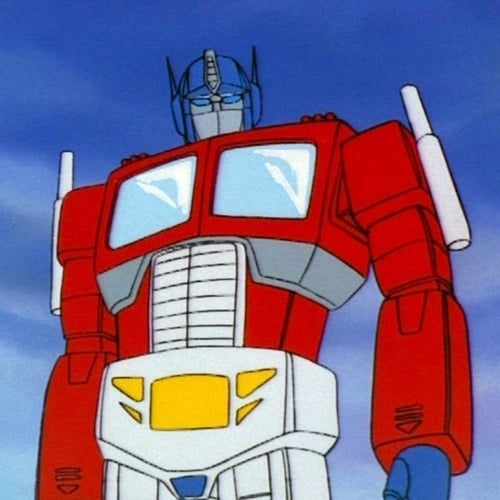 He may have been killed off in an attempt to sell more toys, but to us Optimus Prime will always be the only true Autobot leader.

It was certainly a challenge running around the house pretending to be a robot that could transform into a truck, but at least we had the legendary Optimus Prime toy to aid our burgeoning imagination. 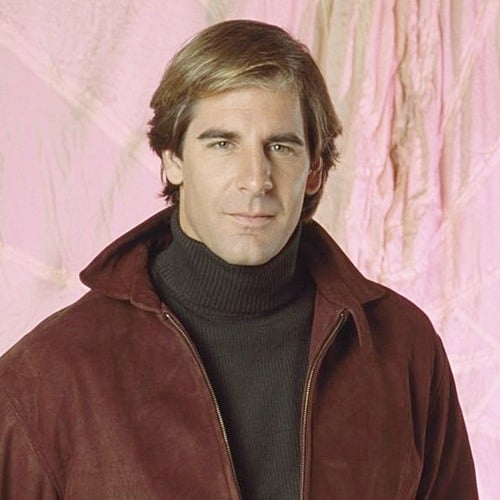 As kids we were always looking to step into the body of someone else during our imaginative playtimes, so who better to imitate than Dr. Sam Beckett, the body-hopping time traveler from the brilliant Quantum Leap?

Having the ability to go exactly where we wanted to go and to be who we wanted to be meant that Quantum Leap’s Sam Beckett was one TV character that we always enjoyed pretending to be.