It’s well known that the UK is a nation of animal lovers, and when you look back at the TV shows of our youth that should come as no surprise: featuring ninja turtles, musketeer dogs and vampire ducks, 80s TV was packed with anthropomorphic animals that we cared for as if they were members of our very own family. While you might argue that there were more shows featuring dogs than any other animal when we were young, today we’re rebelling against our favourite canine characters for their feline counterparts.

So sit back, relax and transport yourself back to your childhood as you remember the following 12 fantastic, furry felines. Meow! 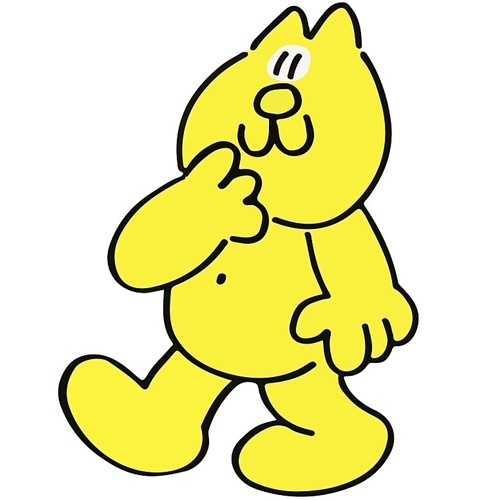 We’ve been racking our brains trying to remember the name of the cat in Henry’s Cat, until we came to the (perhaps rather obvious) conclusion that the memorable yellow feline didn’t even have a name!

He was of course only ever referred to as Henry’s cat, even though Henry himself failed to make an appearance in the show even once. 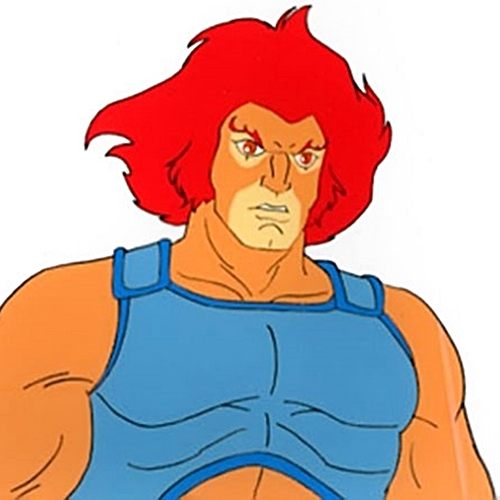 The red-maned leader of the ThunderCats always thrilled us with his powerful physique, acrobatic prowess and all-powerful Sword of Omens.

We could have picked Panthro, Tygra or the uncomfortably gorgeous Cheetara, but Lion-O simply has to be our generation’s defining feline. 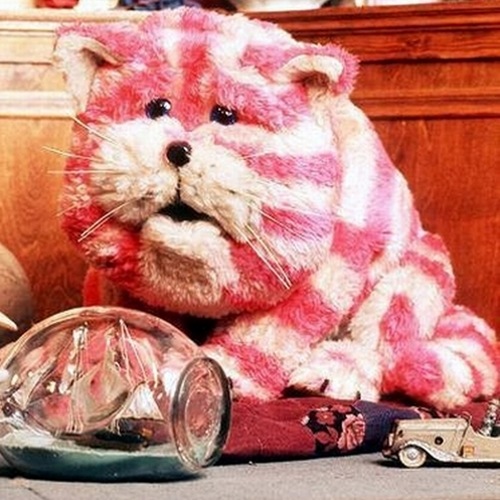 In 1999 Bagpuss was voted the UK’s all-time favourite children’s TV show, despite the fact that there were only ever 13 episodes.

The heartwarming show informed us that the pink and white striped cat was “a saggy, old cloth cat, baggy, and a bit loose at the seams,” but that didn’t stop us from loving him with all our hearts. 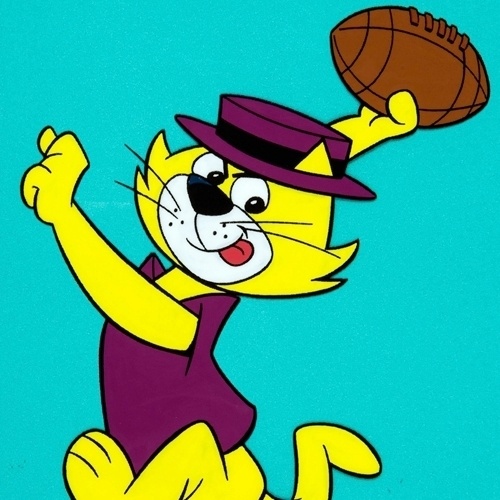 During his incredibly catchy theme tune, the most tip top, Top Cat was described as being effectual, intellectual and lots more words that we didn’t (and still don’t) understand.

Thankfully the cartoon itself was a great deal of fun, following the various misadventures of ‘TC’ and his chums Benny the Ball, Choo Choo, Brain, Fancy Fancy and Spook. 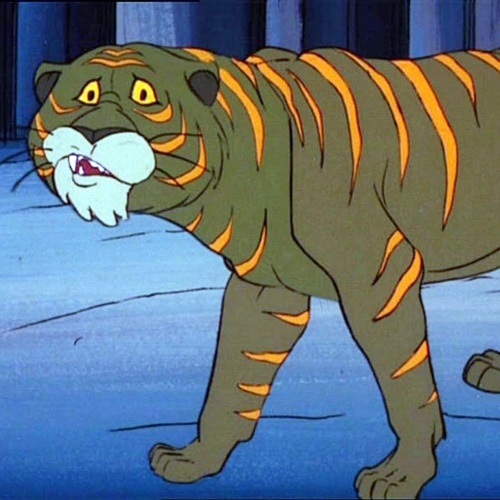 And whether he was the scaredy-cat Cringer or the armor-clad Battle Cat, we simply longed to own a pet as powerful and as friendly as He-Man’s. 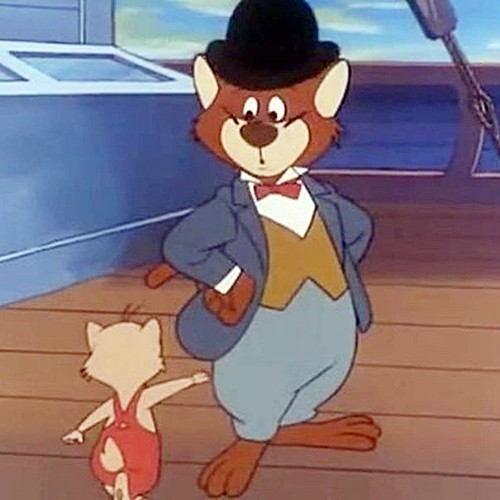 If you’re asking “who’s Rigodon?” then you’ve obviously forgotten the lyrics to one of the very best 1980s cartoon theme tunes.

Singing “here I am, a Rigodon, I’m a tico d’mascota” during Around the World with Willy Fog’s opening credits, Rigadon was of course Willy’s friend during his globe-hopping adventures. We could have added Mr Fogg himself to this list, seeing as he’s a lion, but we’ve always had a bigger soft spot for his faithful sidekick. 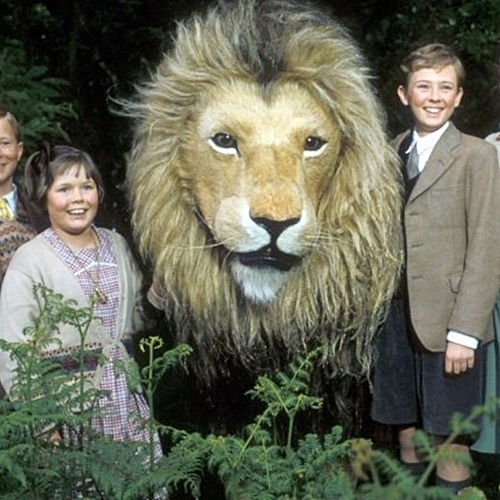 You can forget the computer-generated Aslan that featured in the 2005 film The Chronicles of Narnia: The Lion, the Witch and the Wardrobe, because we prefer our wise and powerful Lion to be real and tangible.

In our opinion, nothing will ever beat the Aslan that featured in the brilliant late 1980s BBC TV series, who was a very realistic and friendly-looking furry puppet. 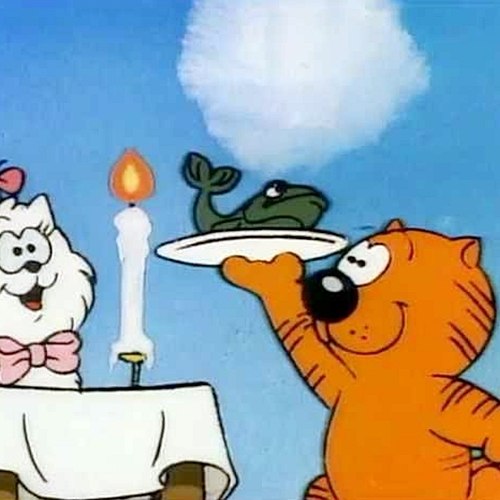 Heathcliff himself was voiced by Mel Blanc, who is well known for also being the voice behind Bugs Bunny, Daffy Duck, Porky Pig and a number of other classic Looney Tunes characters. 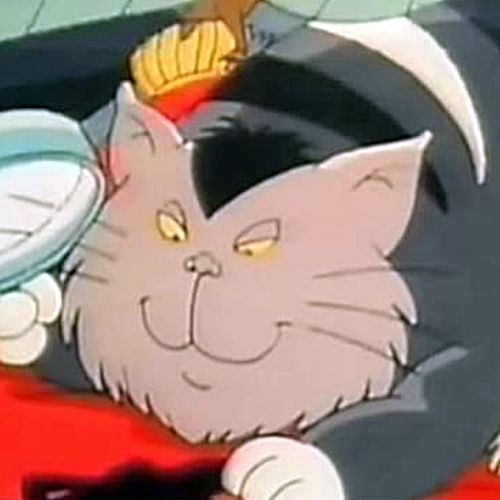 Named after M.A.D., the organization run by his owner, M.A.D. Cat is the evil pet of Inspector Gadget’s mysterious, and as yet still unidentified, arch-nemesis Dr Claw.

M.A.D. Cat, who it has been confirmed is female, also appeared in the 1999 Matthew Broderick-starring live-action film as a white Persian feline. 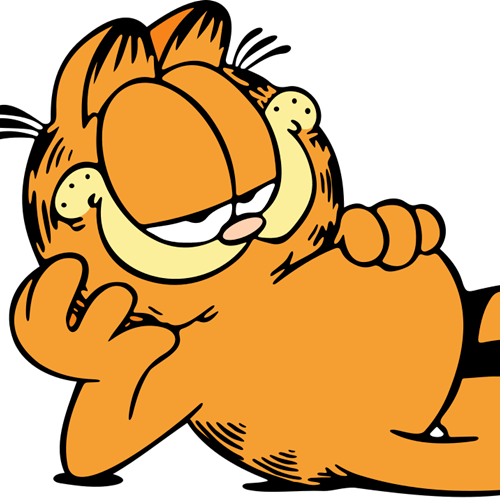 A cat who did very well out of the 80s and 90s by starring in his own comic strip and cartoon as well as being immortalised as a cuddly toy, the incredibly lazy moggy Garfield was originally created by Jim Davis in 1976.

Garfield still holds the Guinness World Record for being the world’s most syndicated comic strip, having appeared in over two and a half thousand newspapers and magazines. 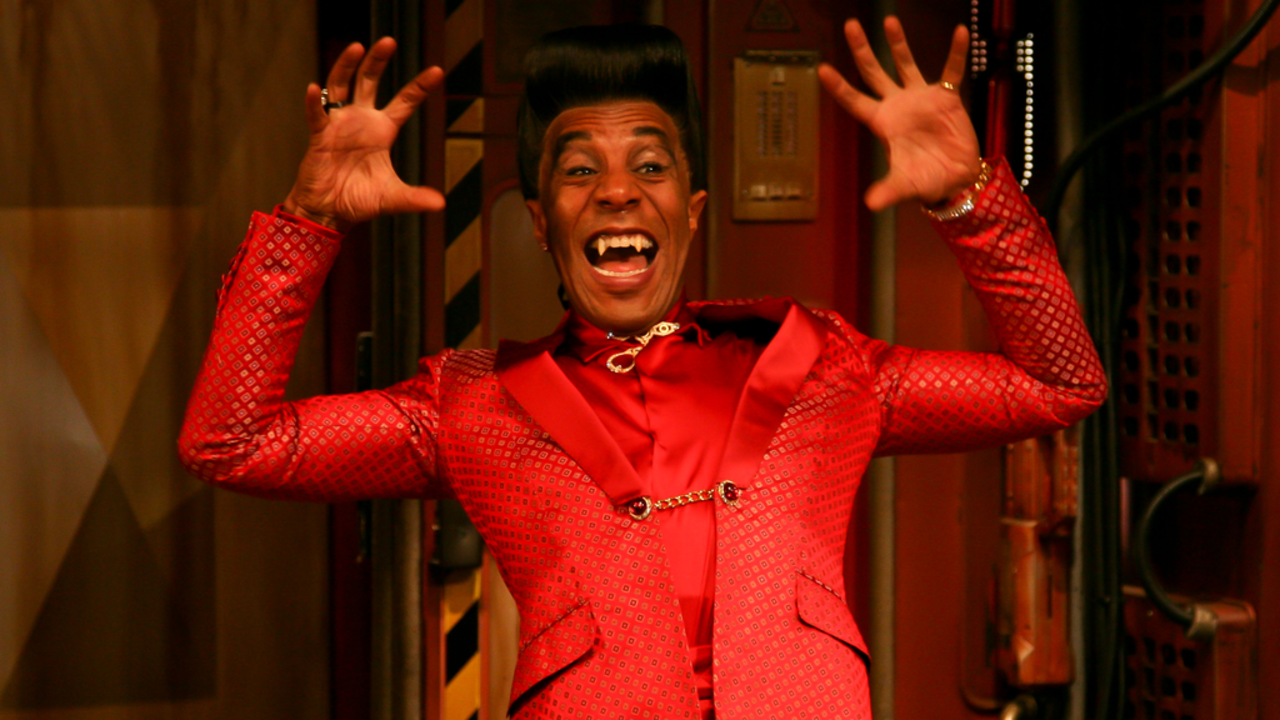 Probably our favourite member of the lost mining spaceship Red Dwarf, Cat was played brilliantly by Danny John-Jules, who also appeared in the brilliant CBBC comedy series Maid Marian and Her Merry Men.

Evolving from his crew-mate Lister’s pregnant cat, Cat gave us such classic lines as “I have given pleasure to the world because I have such a beautiful a**.” 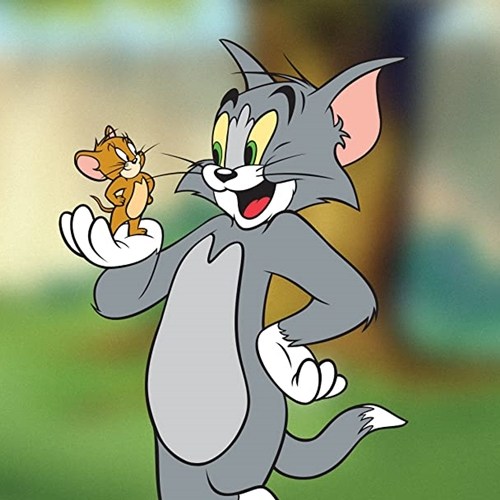 Perhaps giving a bad name to the rest of the felines on this list, due to him constantly failing to capture his nemesis Jerry the mouse, Tom is nonetheless one of our very favourite animated felines.

The show may have been created during the 1940s, but it’s so good that we’re sure it will continue to be repeated as long as people watch television.