Encountering a school bully can be one of the most stressful periods in any young person’s life, so it’s no big surprise when bullies of a fictional variety get our skin sweating and our pulses racing.

From scary siblings to spiky-haired dinner money thieves, below are 10 TV bullies that scared the absolute life out of us when we were children. 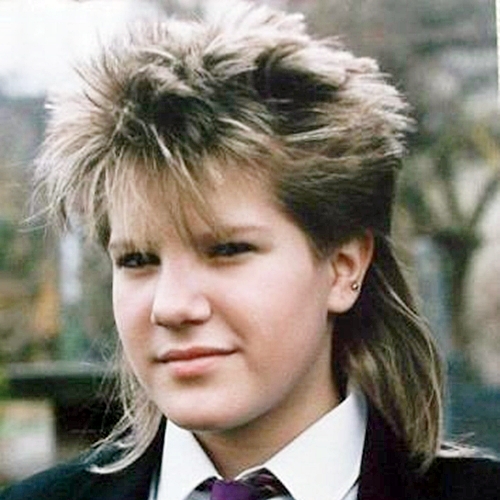 By far the scariest school bully we’ve ever had to deal with in the real or fictional world, Imelda Davis was a true horror that genuinely invaded our dreams during her terrifying reign of terror, which lasted from 1983 until her eventual expulsion from Grange Hill in 1985.

Forming a gang called the Terrahawks with her friends Georgina, Helen and Sharon, Imelda would regularly steal other Grange Hill pupils’ dinner money using various methods of torture, and she once went so far as to declare to her teacher and classmates: “I don’t wanna be in your class, I don’t even wanna be in this school. I’d like to drop a bomb on the lot of you!” 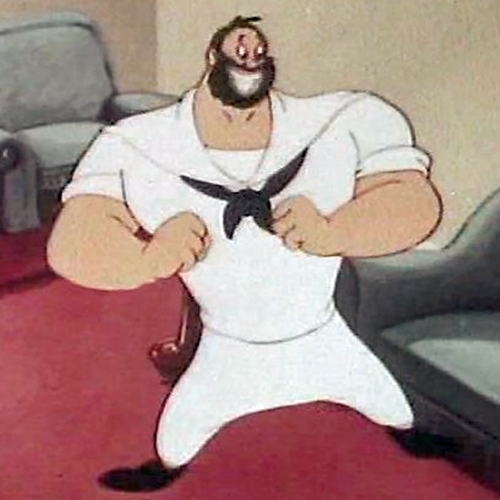 Given the name Bluto the Terrible when he was first introduced back in 1932, Popeye’s arch-nemesis would go on to bully the spinach-chomping sailor for many decades.

Later renamed Brutus due to a copyright issue between Fleischer Studios and Paramount Pictures, this bearded, muscle-bound brute was a terrifying thorn in the side of Popeye and Olive Oil’s animated antics. 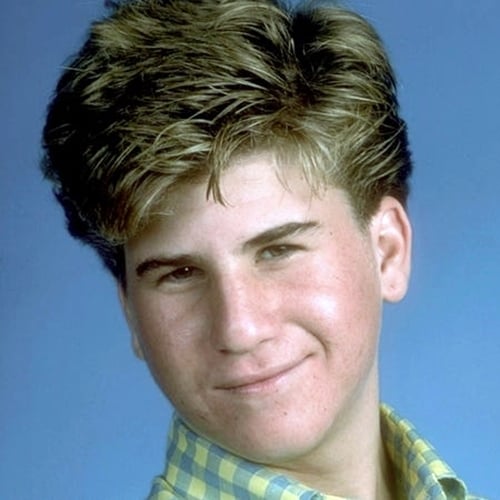 The Wonder Years may have been a feel-good coming-of-age TV classic, but the show’s central character Kevin Arnold was constantly being tormented by his annoying older brother Wayne.

Wayne, who would regularly torment Kevin both physically and by calling him names such as “scrote” or “butthead,” did eventually mature when he took over the Arnold family’s furniture business.

7. Dick Dastardly (Dastardly and Muttley in Their Flying Machines/Wacky Races) 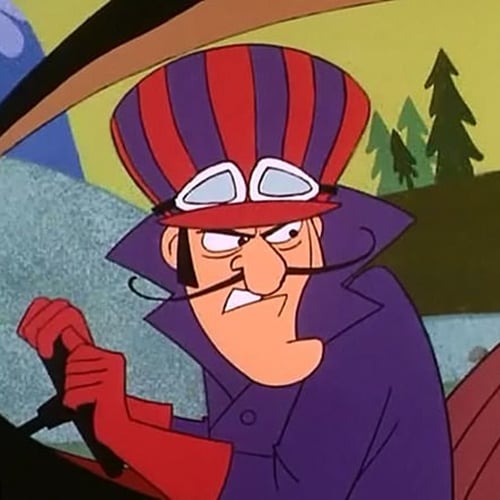 Whether he was tormenting a poor old pigeon in Dastardly and Muttley in Their Flying Machines or attempting to destroy other contestants in Wacky Races, Dick Dastardly was a true 1980s TV bully.

Thankfully, Dastardly’s troublesome schemes were regularly foiled to the sound of “Muttley, do something” or “Drat, and double drat,” but that never stopped the mustachioed fiend from carrying out a fresh dose of bullying in the very next episode. 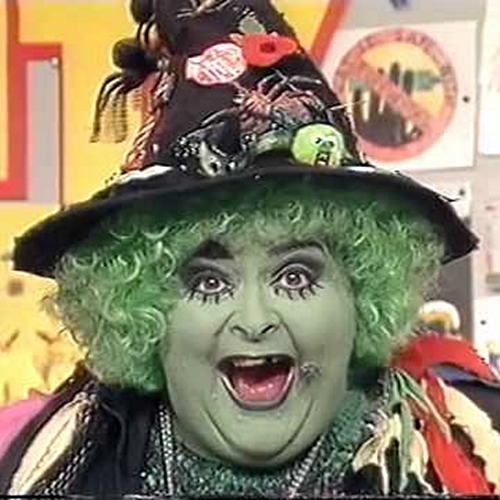 The excitement we felt when the Windmill Kids declared “there’s somebody at the door” during every single episode of The Pink Windmill Show never ceased, but unfortunately the person behind the door was occasionally the gruesome witch Grotbags.

The actress who played her may be no longer with us, but Carol Lee Scott’s Grotbags was a legendary TV bully who always sent us running behind the sofa when we were growing up. 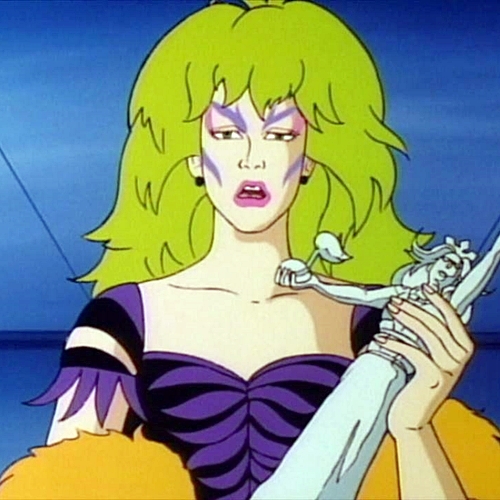 Jem and the Holograms actually had two rival bands, but we can only remember Pizzazz – real name Phyllis Gabor – and her colleagues Stormer, Roxy, Jetta and Clash, who were known collectively as The Misfits.

Pizzazz was a bad-tempered, spoiled woman who was clearly jealous of Jem, and who would stop at nothing to sabotage her successful singing career. 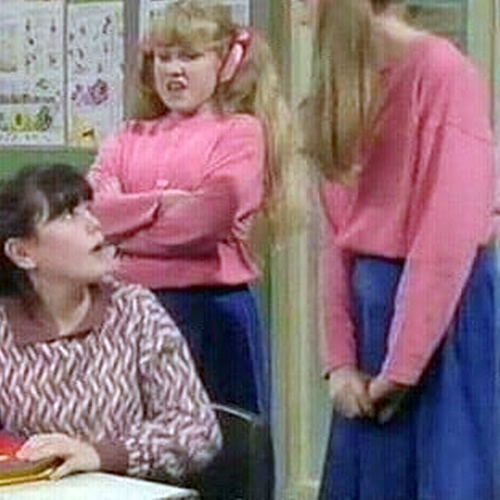 As if living in a small house with four older siblings wasn’t challenging enough, poor old Jonny Briggs also had to put up with two horrible bullies called Ginny and Josie at his local school.

Ginny and Josie were truly dreadful twins who were constantly working to make the lives of Jonny and his best friend Pam a complete nightmare. 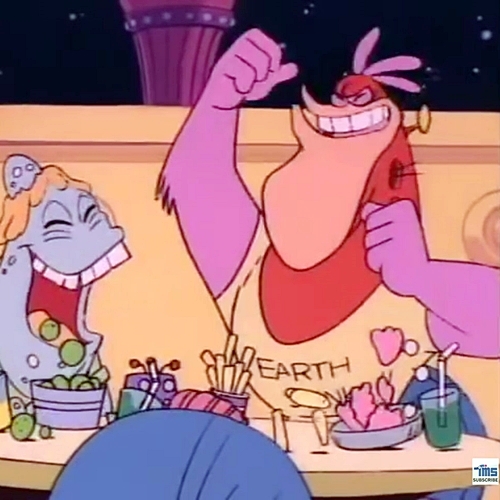 Having to leave the planet Earth to attend high school on an asteroid called Flutor must have been challenging enough, but their intergalactic education hopping also saw Doyle Cleverlobe and Aimee Brighttower having to put up with Galaxy High School’s resident bully, Beef Bonk.

Beef Bonk and his underlings Rotten Roland and Earl Eccchhh were part of a gang called the Bonk Bunch, who spent most of their school day terrorising Galaxy High’s other pupils.

2. The Sheriff of Nottingham (Maid Marion and Her Merry Men) 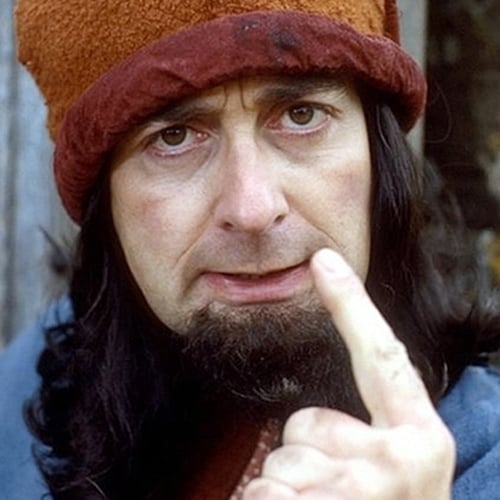 The late Alan Rickman did a great job portraying The Sheriff of Nottingham in the 1991 film Robin Hood: Prince of Thieves, but Tony Robinson’s version of the classic character in the brilliant children’s TV show Maid Marian and Her Merry Men was also fantastic.

Robinson’s Sheriff was a horribly devious bully who spent most of his time trying to force the local population to pay him even more taxes than they were already.

1. Deke Simmons (Saved by the Bell) 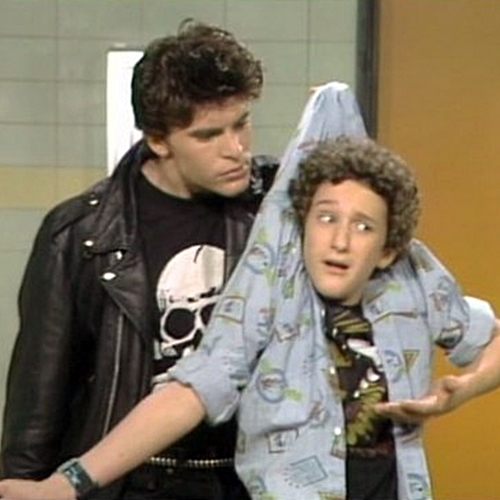 Our favourite Saved by the Bell character, Samuel ‘Screech’ Powers, had to put up with a lot of things during the show’s 86-episode run, but his biggest challenge was probably when he came face to face with Bayside High School’s horrible bully.

Deke Simmons, played brilliantly by A Nightmare on Elm Street 4: The Dream Master actor Andras Jones, was a 9th-grade horror who traumatised poor Screech, until the rest of the gang finally convinced the legendary nerd to stand up to his terrifying tormentor.