When hip hop music first broke through into the mainstream in the early 80s, Run-DMC were one of the key acts leading the charge.

The New York-based ensemble of MCs Run and DMC and DJ Jam Master Jay helped bring rap to the masses, becoming the first platinum-selling hip hop act and breaking through cultural barriers in the process.

Here are some facts about the hip hop hit-makers which you might not have known.


10. They originally wanted to be known as The Treacherous Two

Joseph ‘Run’ Simmons, Darryl ‘DMC’ McDaniels and Jason ‘Jam Master Jay’ Mizzell had all grown up in Hollis, Queens in New York, and they all got into DJing in the late 70s. With time, Simmons and McDaniels moved into MCing, and eventually they teamed up, enlisting Mizzell to DJ for them.

Initially they were unhappy with this name; DMC recalls, “We wanted to be the Dynamic Two [or] the Treacherous Two – when we heard that s**t we was like, ‘We’re gonna be ruined!'” 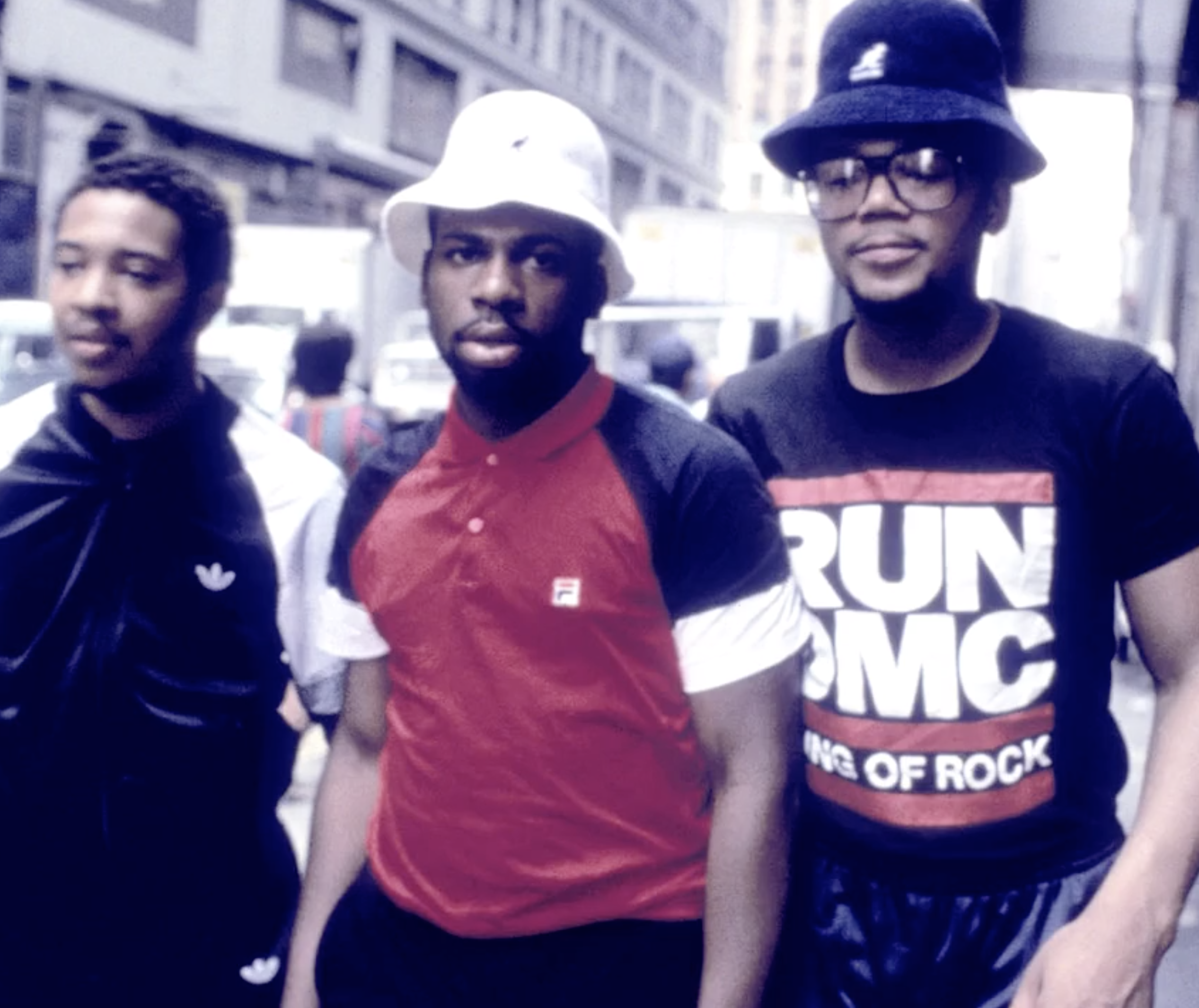 Early hip hop acts such as The Sugarhill Gang and Grandmaster Flash and the Furious Five tended to dress in glam and glitzy fashion, as was the norm for the disco era. Run-DMC took a very different approach to their look, preferring to dress in a more down-to-earth, streetwise style.

8. They were early pioneers of blending rap with rock 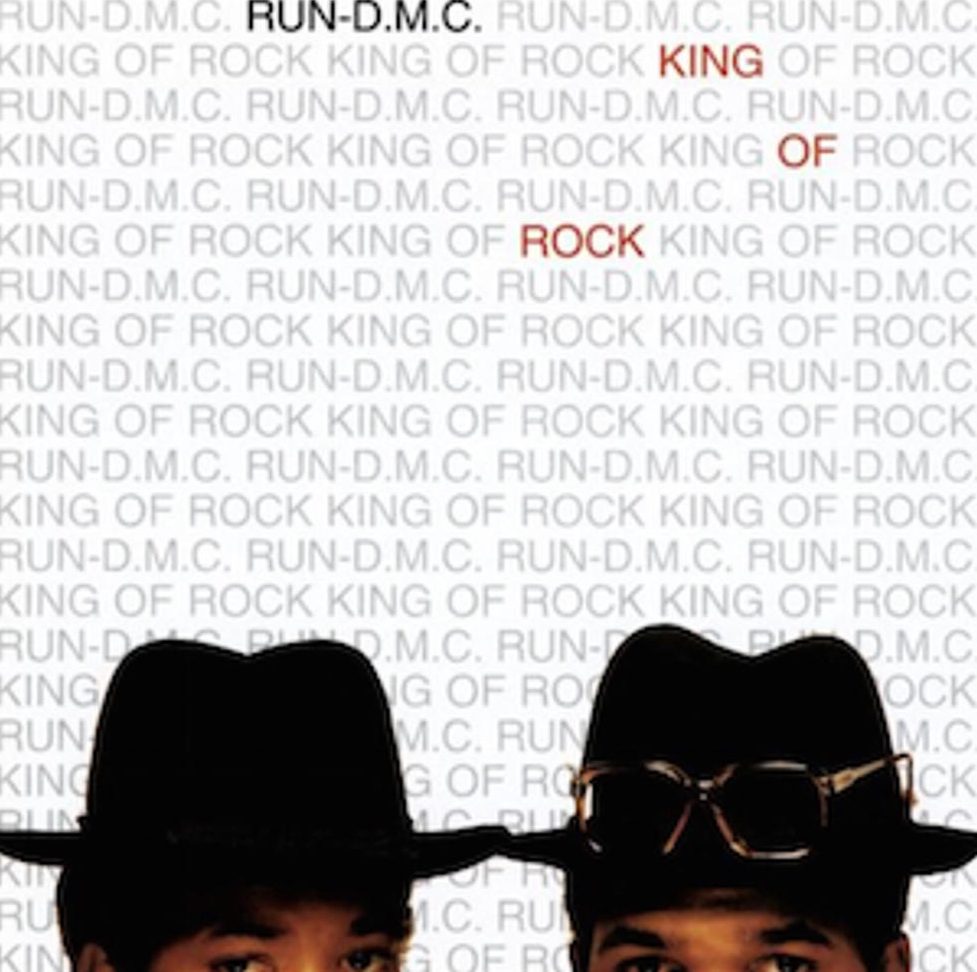 Rap-rock is often thought to have been pioneered in the 90s by artists like Rage Against the Machine and Limp Bizkit, but Run-DMC were incorporating guitar-based rock elements into their music early on. This much should be apparent from the title of their second album, 1985’s King of Rock.

Run-DMC’s most famous rap-rock crossover is their 1986 collaboration with Aerosmith, a cover of the iconic rock band’s 1976 song Walk This Way.

7. They didn’t want to release Walk This Way as a single

When Run-DMC covered Walk This Way, they were unfamiliar with Aerosmith’s music, and only recorded the song at the insistence of producer Rick Rubin. It was intended for inclusion on their third album Raising Hell, and none of them, Rubin included, ever expected the song to be released as a single.

The song not only established Run-DMC as a mainstream crossover success, it also helped revive the ailing career of Aerosmith; both acts would continue to enjoy huge popularity and sales throughout the 80s.

6. They were the first hip hop act to make the cover of Rolling Stone 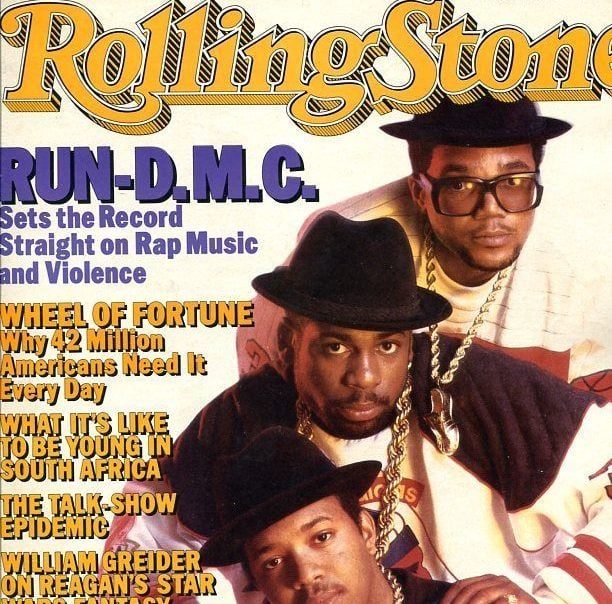 Since its launch in 1967, Rolling Stone magazine has always been held up as the gold standard for music journalism. Historically, the publication has a preference for rock music. However, in December 1986 Run-DMC made history as the first hip hop act to get the cover story in Rolling Stone.

Many other hip hop acts have since graced the prestigious magazine’s cover, including Eminem, Jay-Z and Kendrick Lamar.

5. Their song My Adidas got them a sponsorship deal with Adidas

Another of Run-DMC’s best-loved songs is 1986’s My Adidas, in which they directly address the sneakers that had long been part of their signature look. It was as a direct result of this song that the band landed a sponsorship with the famous sportswear company.

This was the first such endorsement deal to be landed by a hip hop act, and again many other rappers would follow Run-DMC’s example in the years that followed.

4. They made their own Blaxploitation-inspired movie entitled Tougher Than Leather 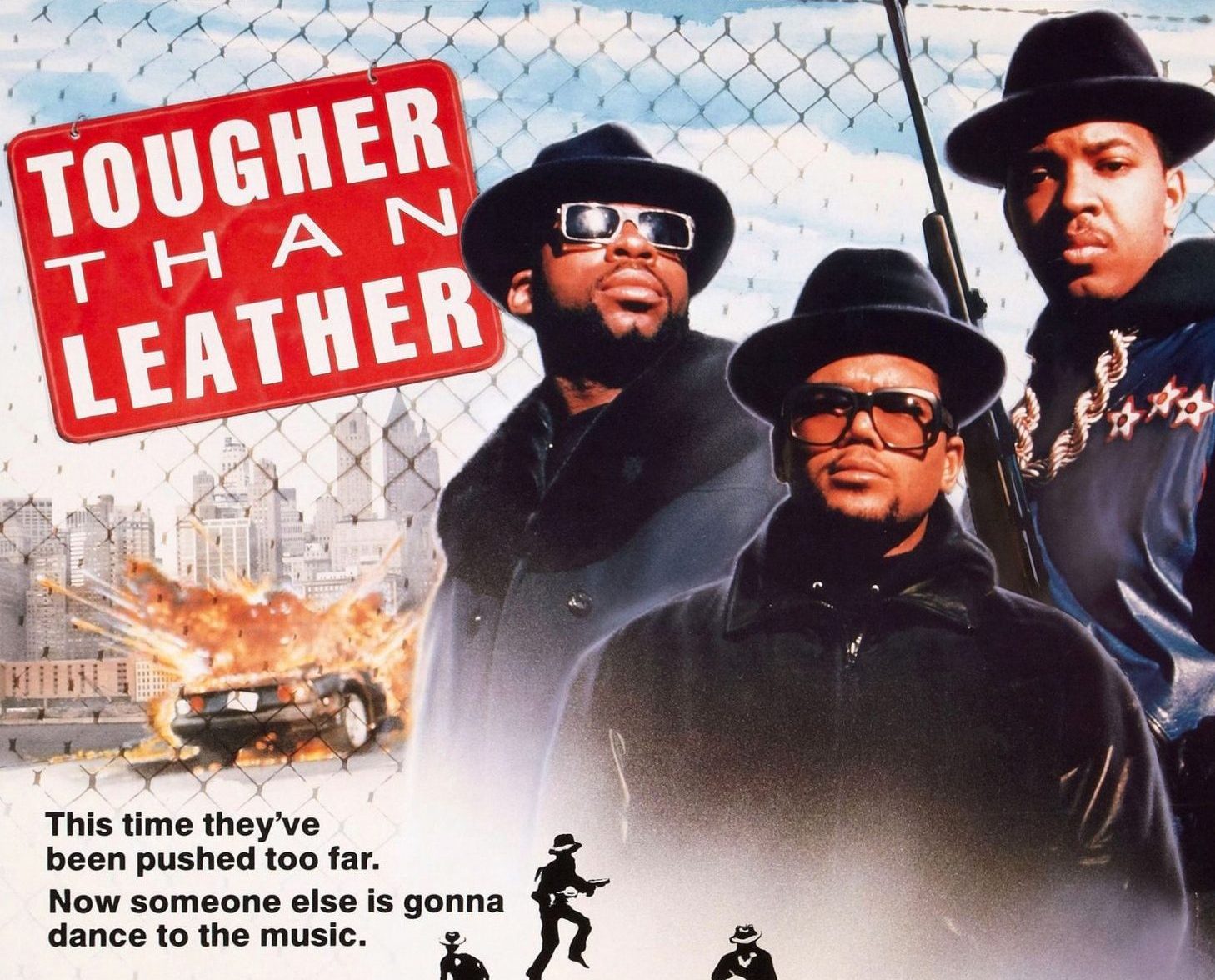 Run-DMC had already made one movie early in their career, co-starring in 1984’s Krush Groove. Later, they decided to go one better by taking the lead roles in Tougher Than Leather. The movie, named after the band’s 1988 album and in which fellow New York rappers the Beastie Boys also appear, was a homage to the Blaxploitation genre.

Despite the band’s popularity, Tougher Than Leather was not a box office hit, and critics weren’t kind. The film was released to VHS but has yet to be officially transferred to DVD, Blu-ray or streaming services.

Run-DMC struggled to maintain their momentum in the 1990s (aside from the success of the 1997 Jason Nevins remix of It’s Like That), but the band stayed together until they were torn apart by tragedy. DJ Jam Master Jay was shot and killed in November 2002, and soon thereafter Run and DMC confirmed that this meant the end of the band.

Astonishingly, no one was charged for Jay’s murder until August 2020, when Ronald Washington and Karl Jordan Jr. were indicted for the crime. 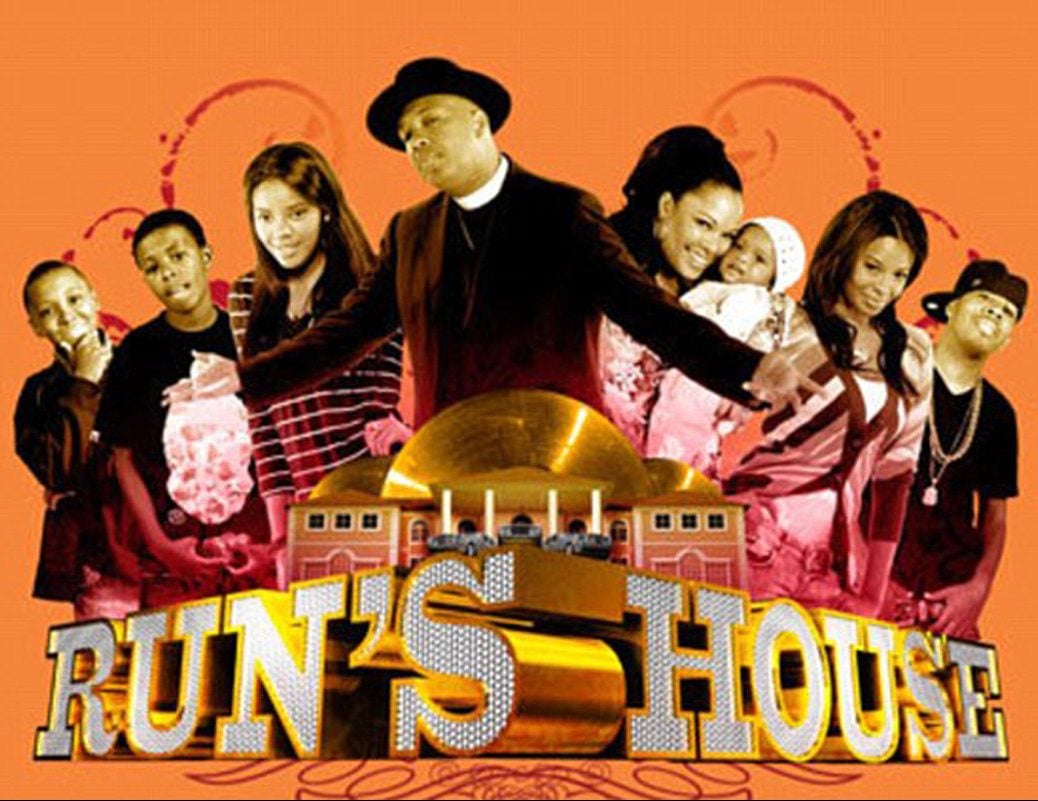 Today, Run is known as the Reverend Run, following his ordainment as a Pentecostal minister in 2004. He is a practising minister to this day, and outside of his 2005 solo album Distortion he has largely left rapping behind.

Run has also clocked up many reality TV appearances in the years since, most notably appearing for four years in reality show Run’s House, which centred on his family. 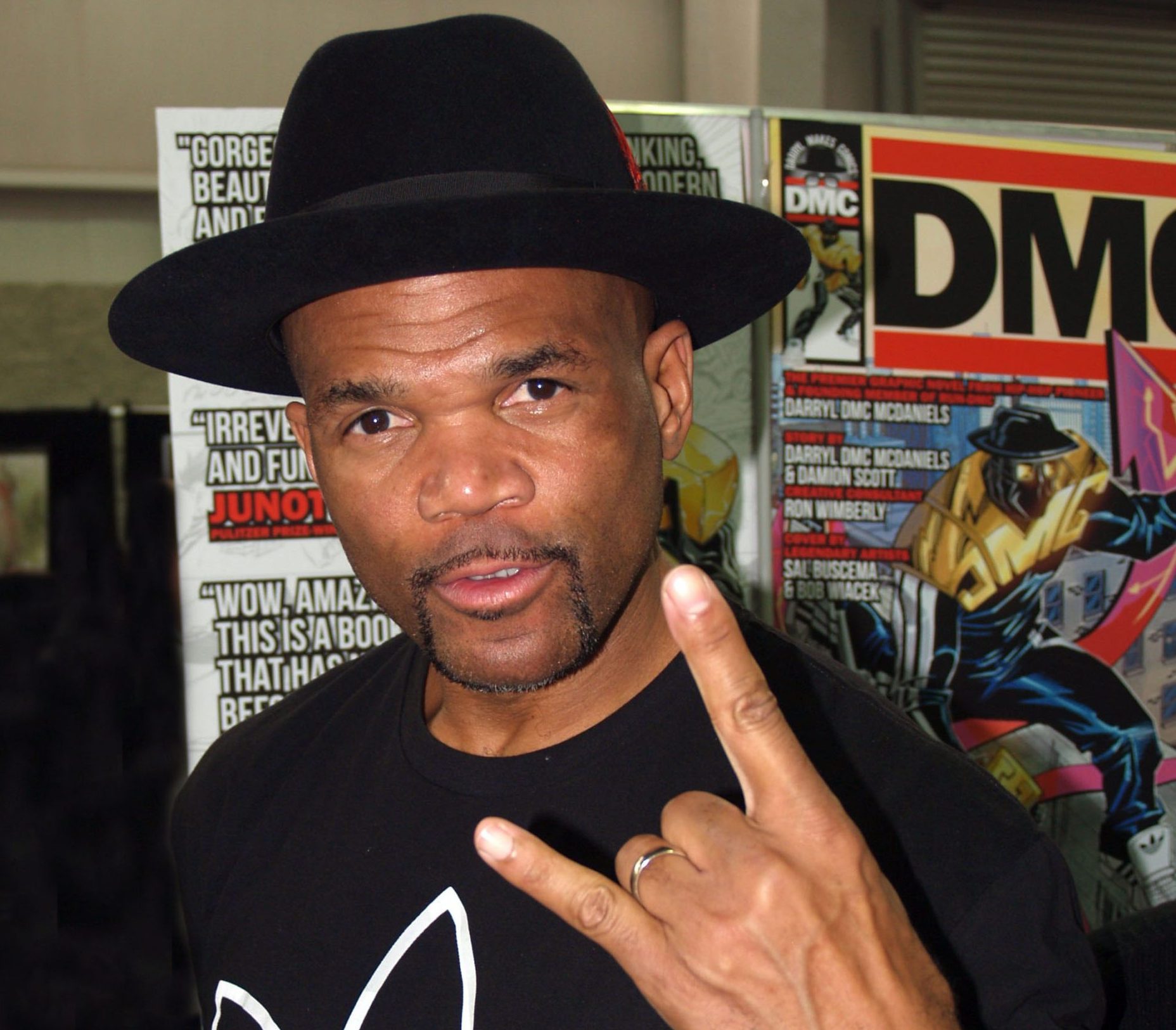 For much of the late 80s and 90s, DMC developed an increasingly heavy drinking habit, which impacted his performance and his relationship with his bandmates. Health problems ensued, which in turn resulted in DMC developing an addiction to prescription medication; ultimately the rapper wound up severely depressed and suicidal.

Happily, DMC was able to overcome his demons. He has written at length about his struggles in his memoirs, and has devoted a lot of his time and energy in the years since to charity work, as well as launching his own comic book label.