10 Toys Even 80s Girls Will Have Completely Forgotten About

If we were to ask you to list all the girl’s toys you remember from your childhood, we would expect to hear many mentions of My Little Pony, Keypers, Cabbage Patch Kids and Rainbow Brite. But how many of you can recall playing with a Fashion Star Filly, Fairy Tail or Brush-a-Love?

Filling the pages of our 1980s Argos and Index catalogue alongside the slightly more popular and well-known brands, the following 10 toys are ones that even 80s girls will have completely forgotten about. 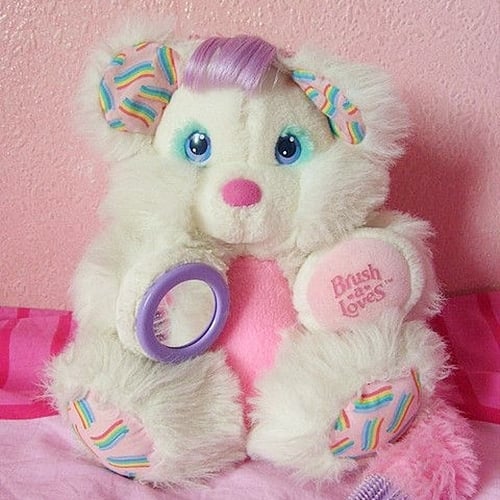 Delightfully cuddly soft toys that had hair you could brush and a mirror instead of a right paw, Brush-a-Loves were followed by Li’l Brush-a-Loves, which could be worn as a bracelet, and Kiss-a-Loves, which were much smaller plastic animals with a furry tail.

Their TV advert informed us that “Brush-a-Loves and Li’l Brush-a-Loves need the loving care of little girls to keep them at their best,” but we suspect that Brush-a-Loves are toys that some of you may have forgotten you even owned. 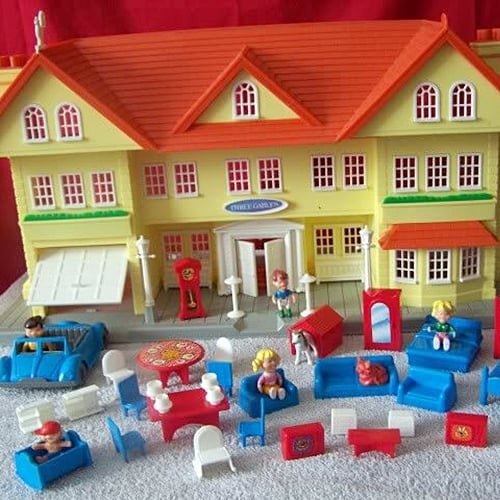 She eventually lost out to the far more popular Polly Pocket when it came to sales figures, largely due to the fact that her play-sets didn’t open and close for travel and storage purposes, but we still absolutely loved our Oh Penny!

Penny was a cheeky little blonde-haired character whom you could purchase alongside her own mansion, gym, swimming pool or limousine.

8. The Get Along Gang 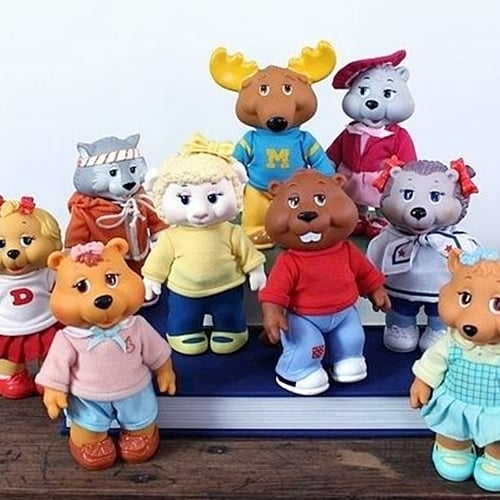 Made up of 12 memorable animal characters who lived in a town called Green Meadow, The Get Along Gang was originally created to feature on a series of greeting cards.

The Get Along Gang, who taught us about the value of working together as a team, also starred in their own 13 episode animated TV show during the mid-1980s. 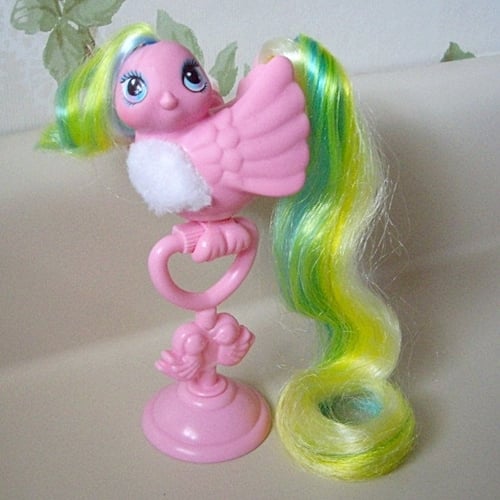 Described in their advertising pitch as “birds with happy endings,” Fairy Tails were a series of colourful, long-haired, plastic birds with feet that could grip onto their perch as well as onto our young fingers.

Fairy Tails, every one of which had their own individual chest symbol in addition to a range of exciting play-sets, also came with combs and ribbons that we used to dress their lovely locks. 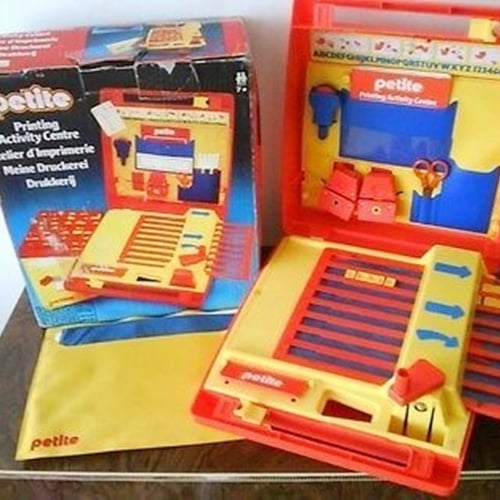 You probably remember the Petite Post Office and Petite Office Activity Centre, but how many of you can recall playing with a Petite Printing Activity Centre?

The Petite Printing Activity Centre, which like the other Petite sets came with its own portable carry case, let us ‘print’ our own personal messages using a clever combination of carbon paper, stamps and rollers. 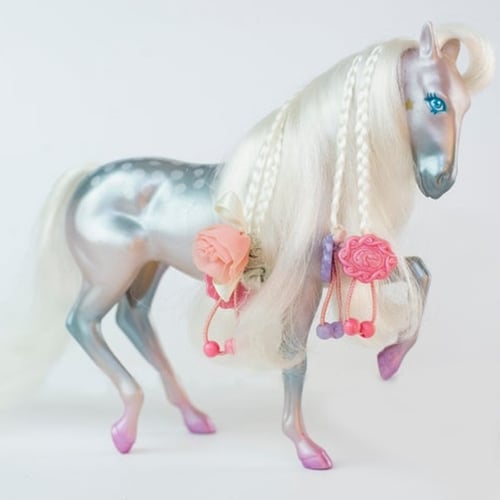 Their glossy TV advert told us that “in the world of ultra-glamorous fashion one name is on everyone’s lips,” and Fashion Star Fillies are one toy from the mid 1980s we can’t believe we had forgotten about.

A range of beautiful, glittery horses that were only too happy to let us style their lovely long manes, Fashion Star Fillies came with their own hair and body accessories. 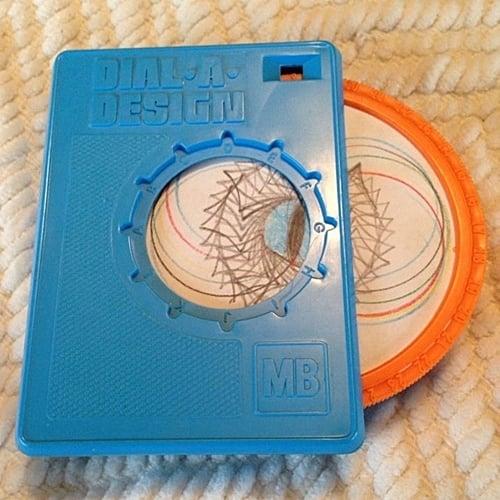 A travel-friendly version of the Spirograph geometric drawing sets, Dial A Design let us create our own artistic mathematical masterpieces even when we were on the move.

Coming with a number of different attachments that you inserted into a plastic case to draw different shapes, Dial A Design really was a great little travel accessory. 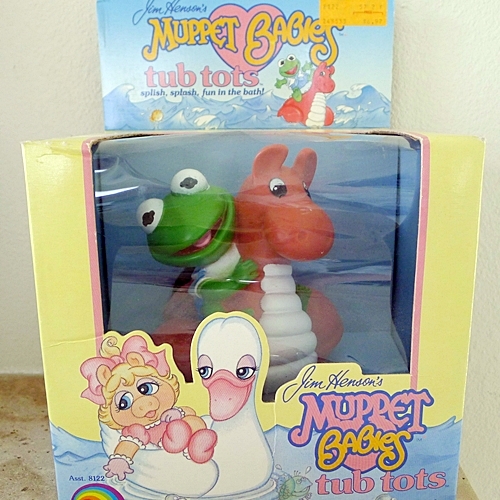 We were already massive fans of the franchise due to their hugely popular animated TV series, so we jumped at the chance to own our own Muppet Babies bath toy when they arrived in shops during the mid-1980s.

Muppet Babies Tub Tots featured our favourite preschool Muppet characters riding their own sea creatures, including Baby Kermit on a Seahorse, Miss Piggy on a Swan and Baby Fozzie on a Turtle. 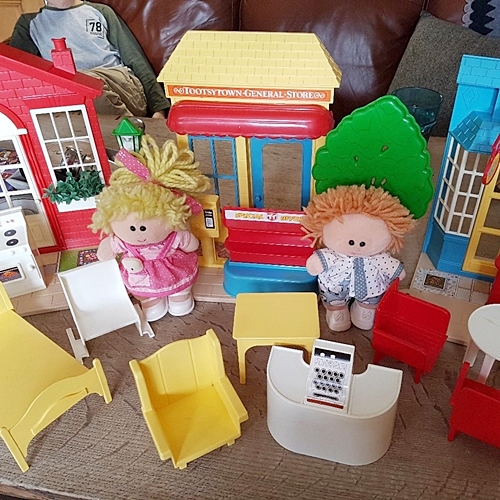 A delightful range of toys that came with soft characters alongside plastic play-sets, Tootsy Town unfortunately never sold as many units as many of their similarly branded toy shop contemporaries.

There may have been a fairly limited number of Tootsy Town characters and accessories, but we suspect that a few of you will remember playing with them like it was yesterday. 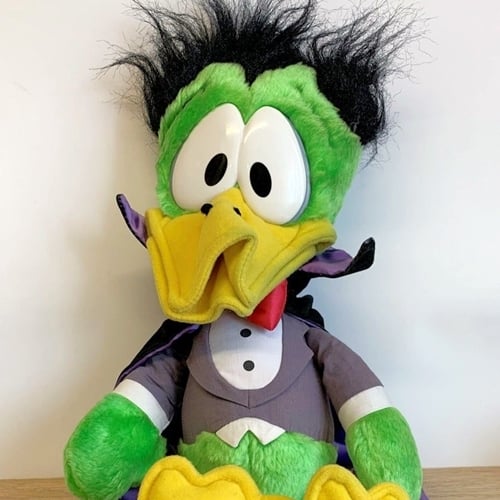 You’ll definitely remember his legendary animated TV series, but how many of you were lucky enough to own your own Count Duckula plush soft toy?

Introduced in 1988, this 16-inch version of the terrifying Transylvanian canard-slash-count was the perfect addition to our already impressive collection of soft, cuddly toys.