10 Toys Even 80s Boys Will Have Completely Forgotten About

Close your eyes for a second, imagine you’re back in your childhood during the 1980s, and name the first five toys that you remember playing with as a kid. He-Man and the Masters of the Universe? Star Wars? ThunderCats? Transformers? M.A.S.K.?

Of course, you’ll remember the multi-million selling toys that took our favourite decade by storm, but how about those lesser-known, shorter-lived ranges that didn’t make as much of an impact on your memory?

We suspect just one look at some of the toys below will have you exclaiming something along the lines of: “oh my goodness, I remember those!” So put your feet up and allow yourself a couple of minutes of glorious nostalgia, as we explore the following 10 forgotten 1980s boys’ toys. 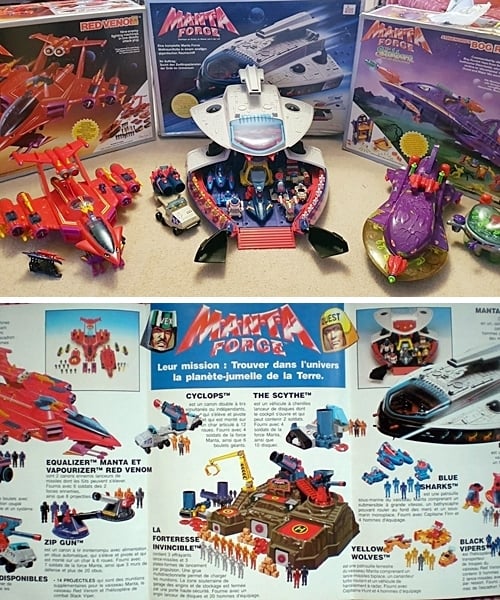 We weren’t lucky enough to get our hands on a single Manta Force toy, but we do remember salivating over the giant white spaceship in our parents’ 1989 Argos catalogue.

They may have been the first and only line of defense against the evil Viper Squad, but declining popularity unfortunately meant that Bluebird Toys ended production on their Manta Force range in the early 1990s. 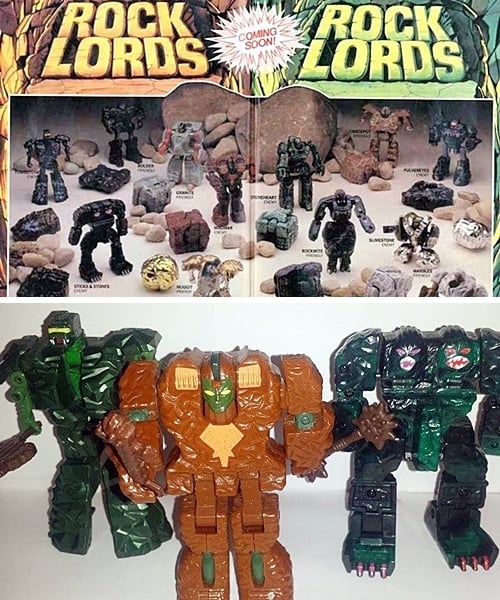 Rock Lords were a spinoff to Tonka’s GoBots range, first introduced to us in the 1986 film GoBots: Battle of the Rock Lords.

They promised us ‘powerful living rocks,’ but unfortunately sales of Rock Lords didn’t come close to those of the Transformers, so it wasn’t long before they were discontinued. 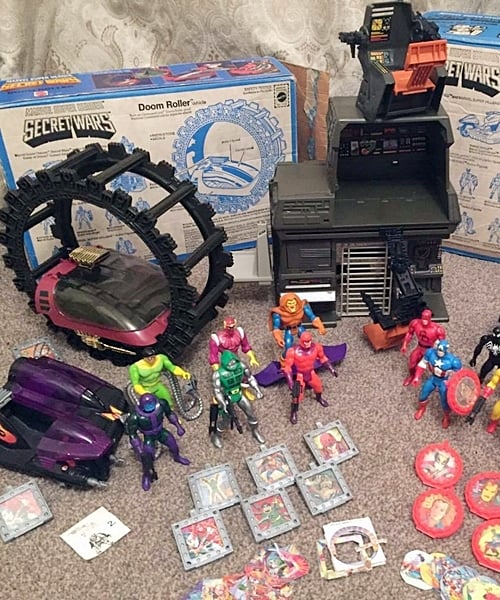 Marvel Comics’ Secret Wars mini-series gave us a fantastic set of toys in 1984 and 1985, with the battery-powered Doom Roller being a vehicle that we particularly remember taking a fancy to. 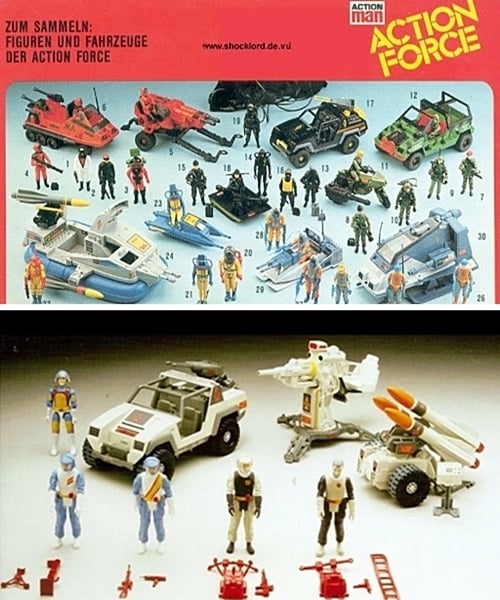 Used to introduce G.I. Joe  toys to European markets, Action Force was based on the classic Action Man toy range.

Originally introduced in 1982, Action Force featured British, German, Australian and American soldiers, and even had a comic book series based on it. 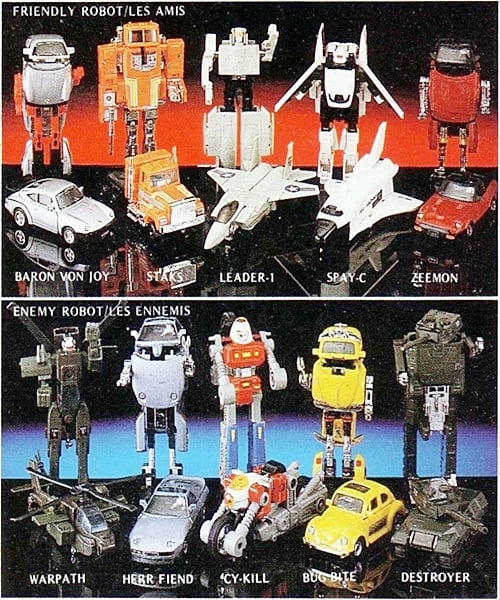 They will always be known as the poor man’s Transformers, but if you’re anything like us then you’ll have extremely fond memories of both the GoBots toy range and The Challenge of the GoBots animated TV series.

GoBots became an alternate universe within the Transformers multiverse after Hasbro brought Tonka in 1991, but 1987 was the final year in which any new Gobots toys were actually released. 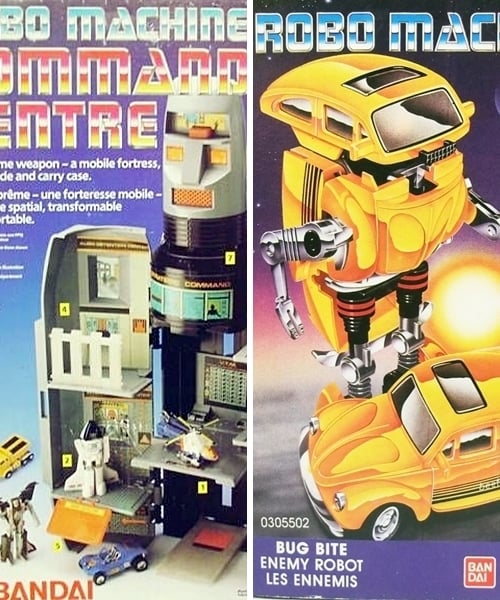 Another transforming robot toy range was Machine Robo, which had a name change to Robo Machine when it was sold in Europe.

Confusingly, in 1983 Tonka purchased the rights to sell Machine Robo in America, so integrated it with their already successful, aforementioned GoBots toy line. 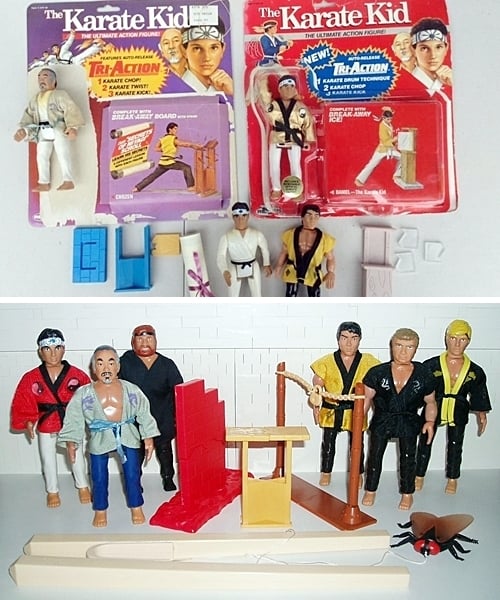 You no doubt remember watching the film when you were a youngster, but how many of you owned one of the fabulous Karate Kid action figures?

Whether you wanted Daniel Larusso with his choppable ice board or the blonde-haired Johnny Lawrence and his kickable red wall, The Karate Kid toys provided hours of entertainment. 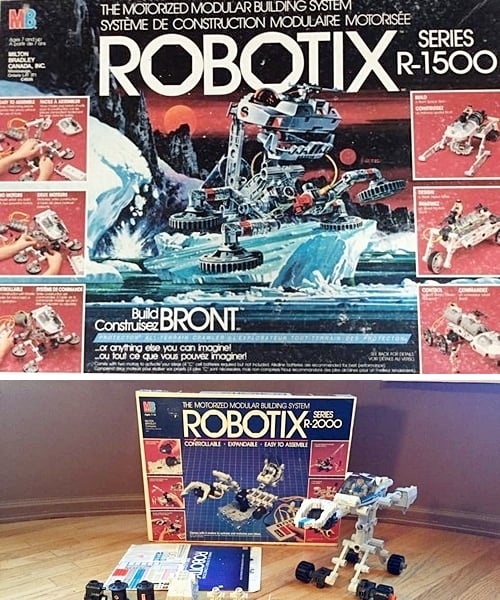 A line of motorised construction sets that you could use to build vehicles, robots and machines, Robotix was first introduced in 1984.

Brilliantly, unlike every other entry on this list, Robotix toys are still being sold – by a company called Robotics and Things based in Simi Valley, California. 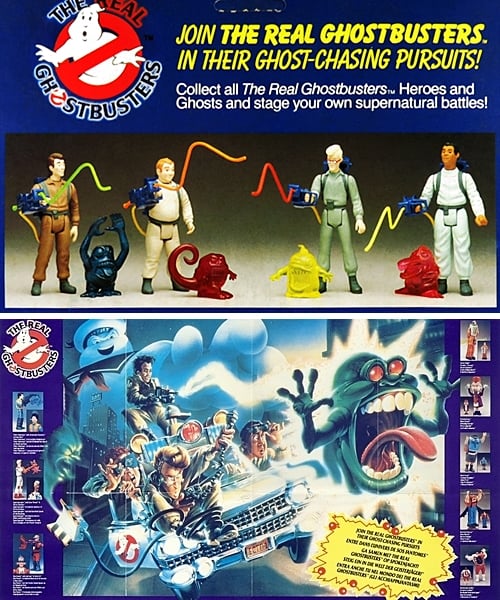 You probably watched The Real Ghostbusters animated TV series, but were you lucky enough to own any of the toys that were sold between 1986 and 1991?

Alongside the names you’ll be familiar with (Peter, Ray, Egon, Winston, Slimer and the Stay Puft Marshmallow Man) were some particularly inventive ‘Haunted Humans’, including Terror Trash, Granny Gross and Hard Hat Horror. 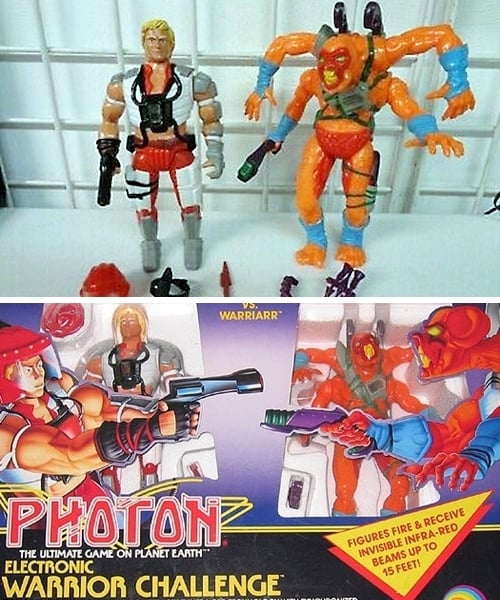 Promising to be ‘the ultimate game on planet Earth,’ Photon Electronic Warrior Challenge is a toy range that we had completely forgotten about until today.

Featuring fully poseable action figures with synchronised electronic lights and sounds, these toys allowed us to fulfill our space battle fantasies to their very fullest.