12 Toys We Absolutely LOVED Playing With During The 1980s

If you’re anything like us, then you may occasionally comment on the large amount of presents that the children in your life are gifted on their birthday or at Christmas. You may even remark that things were vastly different ‘in your day’, when the poor circumstances of your upbringing meant that you had to make do with just one or two cheap gifts.

And have you ever passed judgement on the quality of the toys on offer in the modern day, noting that ‘they don’t make ‘em like they used to?’ Then hold up for just one second and tell us honestly: were things really that different during the 1980s? 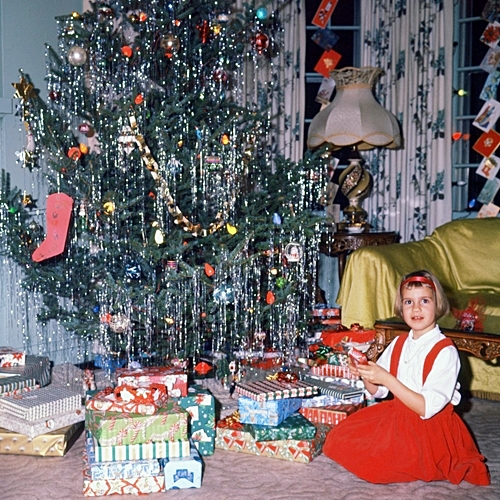 It only takes one glance at an Argos catalogue from our childhood to jog our memory into remembering that actually, we owned an impressively large amount of the presents listed within its glossy retro pages.

And whilst it’s extremely hard to pin down a list of our very favourite items from that era, we’ve done our very best, with the following 12 toys and games that we absolutely loved playing with during the 1980s. 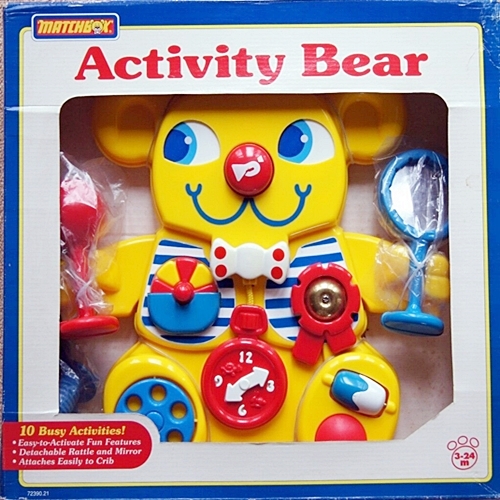 Toys we owned as very young children are for obvious reasons often incredibly hard to recall, but the brilliant Matchbox Activity Bear would be one exception to that rule.

Featuring a clock around his neck that you could pull, a soft red button that made a satisfying noise when pressed, and a couple of spinnable wheels, this lovable yellow bear could be found on the inside of many a 1980s crib. 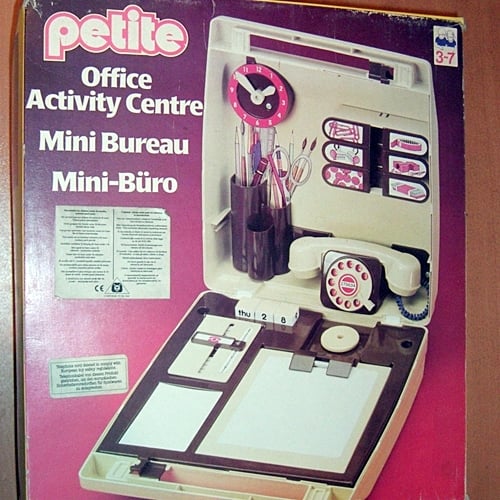 First hitting toy shop shelves in 1985, the Petite Office Activity Centre was a delightful piece of kit that made us feel like we were imitating our dad at his real-life place of work.

Coming with a clock, phone, clipboard and even an address book, it was probably a toss-up between the Petite Office and the equally brilliant Petite Post Office for the title of our very favourite childhood toy. 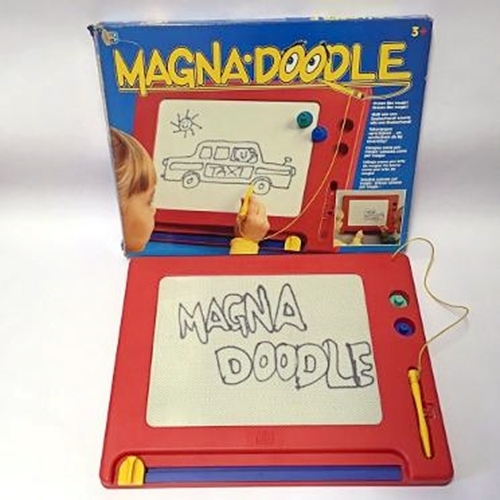 Whilst many of us will insist that a good old Etch-A-Sketch could never be bettered, Magna Doodle certainly allowed us an even larger amount of creative freedom. 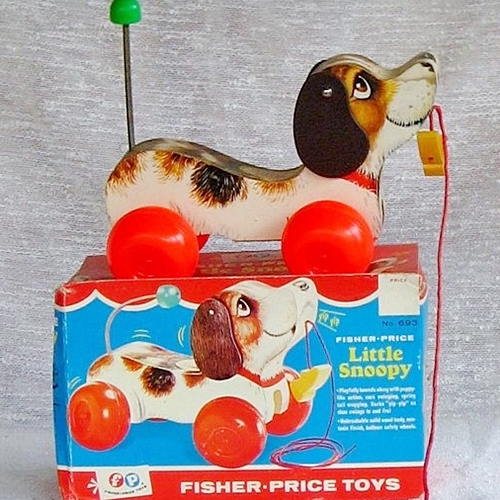 Given to us by the toy-making legends that are Fisher-Price, this cute red-wheeled pull-along dog went by the name of Little Snoopy.

Little Snoopy was first introduced back in the 1960s, and a more updated version of the little fella is still available to purchase in 2020. 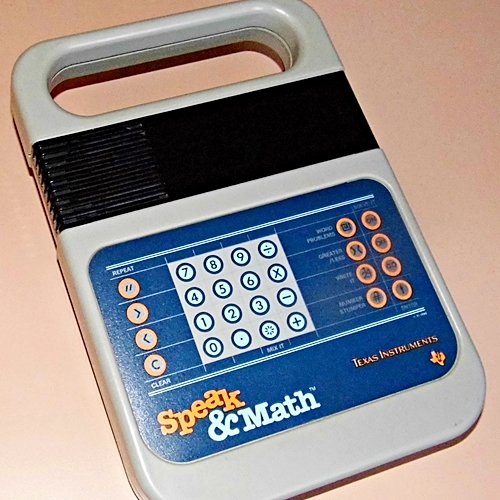 When it comes to 1980s electronic learning toys, Speak & Spell is one that always immediately comes to mind. But how many of you remember Speak & Math?

Doing for our Maths education what Speak & Spell did for our English, Speak & Math gave us a wide range of number based challenges that very quickly increased our developing numerical skills. 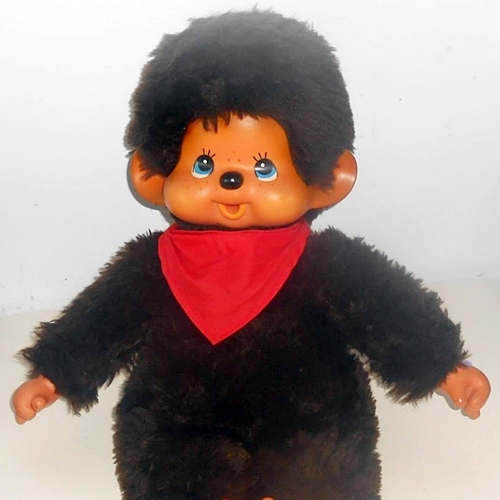 Known by many as Monchichi, this cute little monkey was advertised as Chic A Boo in some territories.

Originally created in Tokyo back in 1974, according to the official website the Monchhichi are ‘big-hearted little creatures that have built their houses in harmony with the majestic dream tree.’ 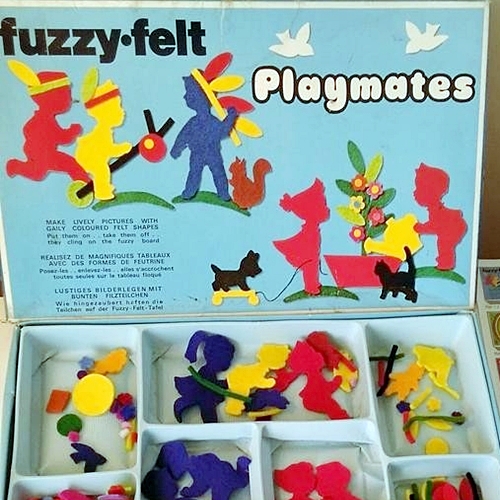 They originated earlier than the 1980s, but we were most definitely playing with Fuzzy Felt throughout our childhood, and it’s a hobby that has also been passed down to the next generation of kids.

Whether you preferred the ‘Circus,’ ‘Bunny’s Party,’ ‘Pets’ or ‘Cartoon’ set, you could guarantee that a box full of Fuzzy Felt would provide you with hours of entertainment. 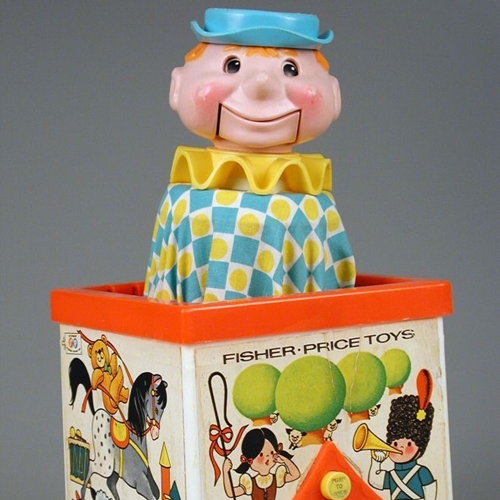 Another classic toy to be manufactured by Fisher-Price, this particular Jack in the Box was actually first made available during the 1970s.

As we’ve already established, ‘they don’t make ‘em like they used to,’ which meant that we were scaring our younger siblings and cousins with this very same toy all the way through the 1980s. 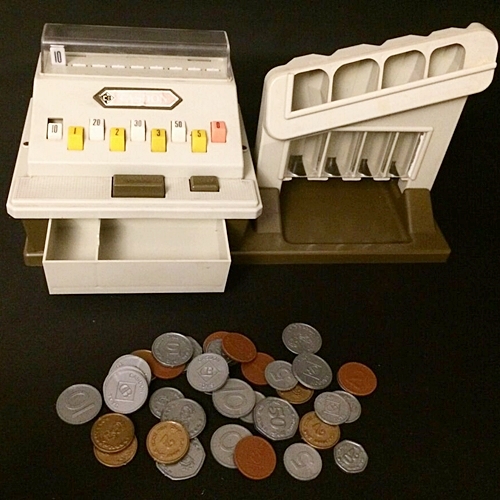 There have been hundreds of different toy tills available for us to purchase over the years, but absolutely nothing can come close to topping the brilliant Casdon Hypertill.

Letting us pile up and count our pretend (or even real) coins, the Casdon Hypertill provided us with hours of entertainment when we were growing up. 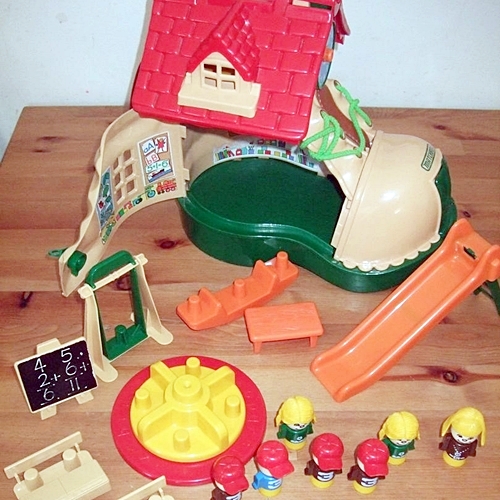 Originating in 1977, Matchbox’s Play Boot schoolhouse was an absolute joy, letting us act out being school children before we were old enough to attend a place of education in real life.

Coming complete with a clock, roundabout, swing, slide, tables, blackboard and seven children (but strangely no teacher), the Play Boot is one item that immediately transports us back to the early 1980s. 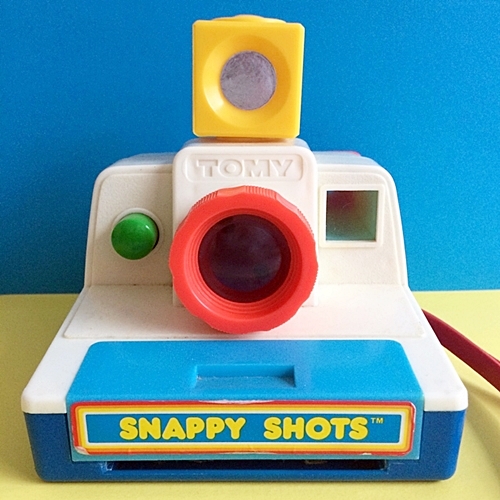 Manufactured by toy legends Tomy, the Snappy Shots camera had us believing we were already professional photographers before our age was into double figures.

A pretend Polaroid that produced pictures that revealed themselves after you shot them out of the front, this particular toy camera was as convincing as they came. 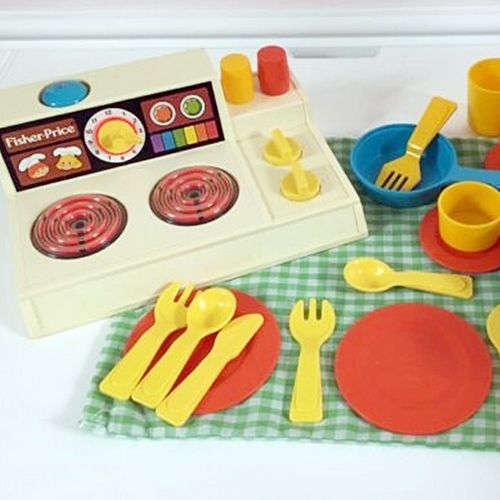 Finally, we have Fisher-Price’s brilliant kitchen set, which allowed us to rustle up a pretend (but still delicious) meal whilst our mum was doing the real thing in the next room.

It had hobs that turned red, salt and pepper pots and a good selection of cutlery and utensils, meaning that this particular kitchen based toy ranks among the best that we ever got our grubby little childhood hands on.