As a child in the 1980s, we bet you wrote a wish list to Santa Claus as the festive season approached. And whether you were inspired by school friends, TV adverts or the good old Argos catalogue, we’ll put our Christmas dinner on the fact that at least one of the following 20 toys and games made it onto your list at some point during your childhood.

So sit back, relax and enjoy the following 20 toys and games that we all wanted for Christmas in the 1980s. 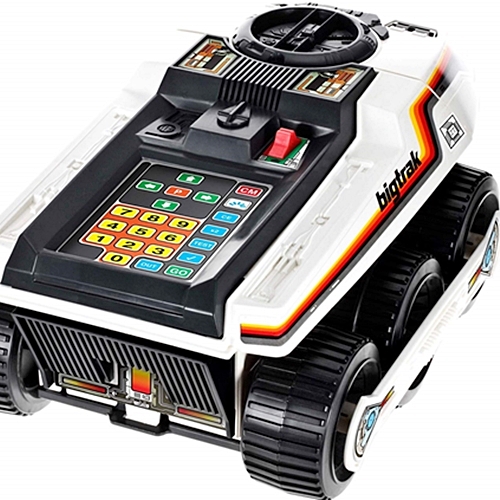 A robot truck we could programme to go and annoy our parents and siblings? Which 80s kid didn’t want to own the brilliant Big Trak?

Sadly we were never able to get our hands on one, but we were able to dream, and boy did we. 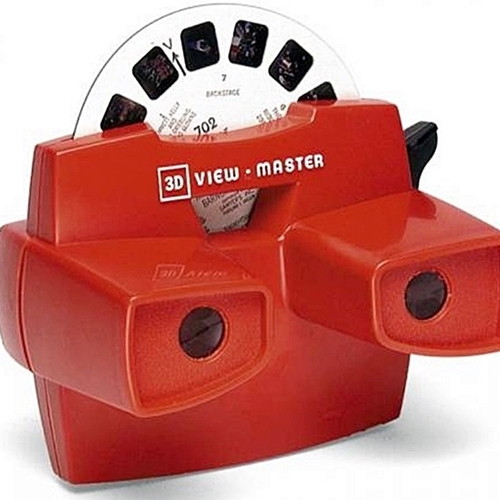 The spoilt children of the current age are able to experience Virtual Reality headsets and 3D Movies at the cinema.

But back in the 1980s we had View-Master, and was all that we ever wanted or needed. 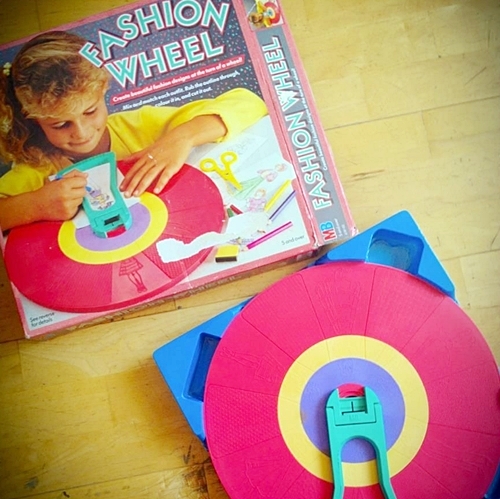 There can’t have been many girls growing up in the 80s who didn’t want to own the brilliant Fashion Wheel.

Looking back at it now it seems incredibly simplistic, but at the time it set fire to our imaginations, making us believe that we were indeed a famous fashion designer. 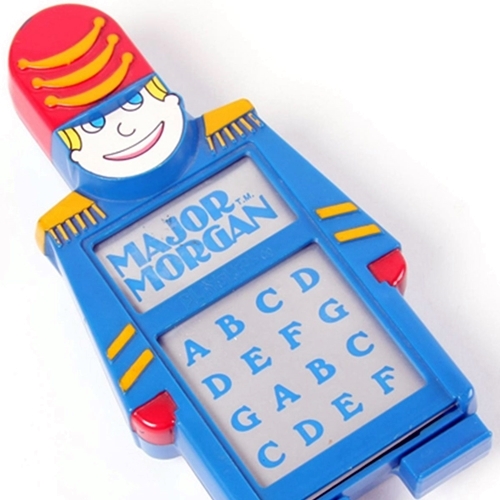 Advertised with a tag-line of ‘Let’s Make Music,’ Major Morgan wasn’t going to produce the next electronic chart hit, but it did provide the tools to enable us to replicate Nursery Rhymes and other simple songs.

First released all the way back in 1979, Major Morgan came with slide in cards that allowed us to produce various musical masterpieces, and we remember it with much fondness. 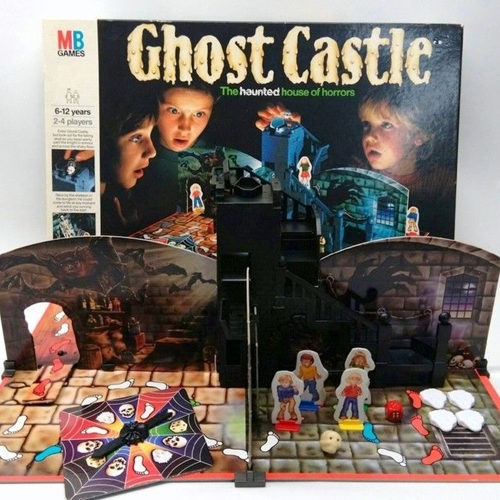 Ghost Castle was brilliant, allowing us to drop a skull down a chute, and giving us the unbearable anticipation of which contraption it was going to set off next.

Would it be the axe? Or the skeleton? The tension was incredible, and we played it over and over again. 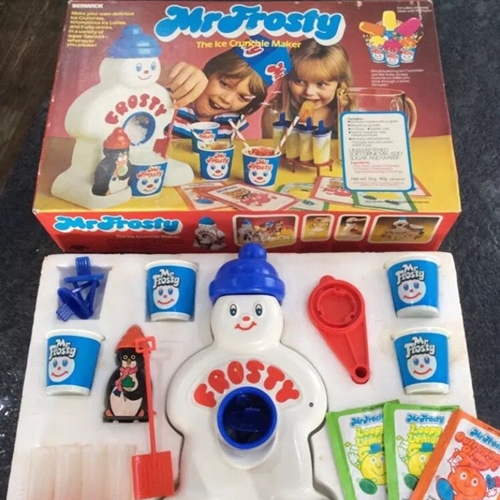 Wanted by many but only owned by a select few, Mr Frosty was perhaps the most legendary 80s toy of them all.

To be honest, what you were able to make with Mr Frosty was achievable using far cheaper methods, but those methods didn’t include a lovely looking Snowman with an icy hole in his stomach, so of course we all still asked for him at Christmas. 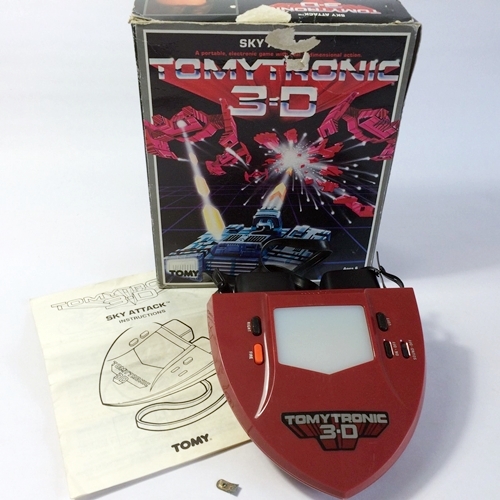 About as great a piece of handheld technology we could ever wish for, at least until the arrival of Nintendo’s GameBoy, the Tomytronic 3D headsets gave us hours of entertainment.

Seven games were released in all: Skyfighters, Thundering Turbo, Sky Attack, Shark Attack, Planet Zeon, Jungle Fighter and Sherman Attack. Which one did you own? 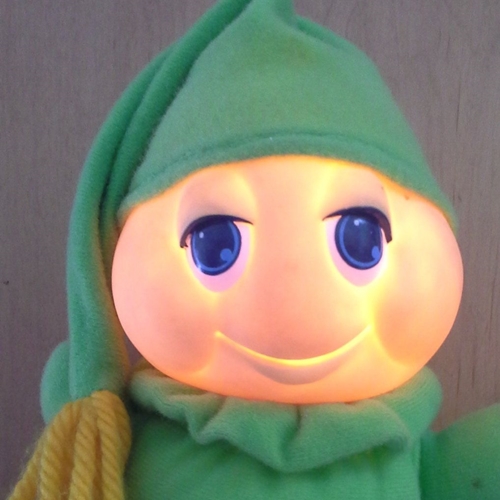 We can all remember squeezing our Glo Worm to make its head light up, but did you know that they toys were actually criticised for harming us 80s kids?

Apparently the toy’s head contained phthalates, which can be dangerous if swallowed by children. 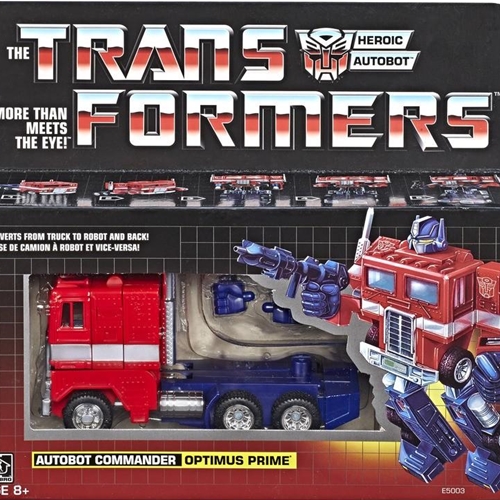 Seriously, show us a boy growing up in the 1980s who didn’t want to own the legend that is Optimus Prime.

Although we don’t know about you, but the one that we really wanted was the Autobot ‘Fortress Maximus’. Not only was it the rarest Transformers toy ever made, but it was also the biggest at a whopping 22 inches tall! 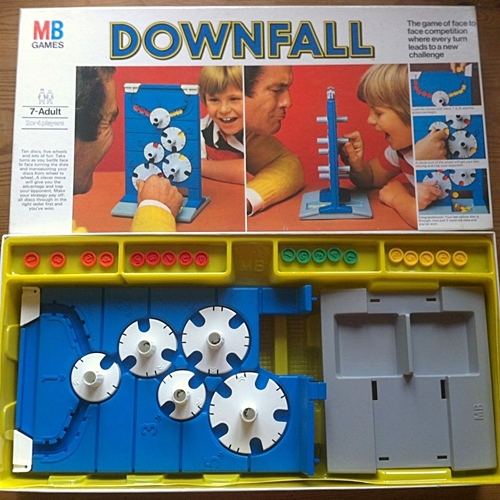 Even before we were old enough to fully understand the tactical nuances of Downfall, we still loved rotating the wheels and trying to get the miniature pieces to the bottom as quickly as possible.

Oh what a satisfying sound the small pieces made as they hit the plastic tray at the bottom. 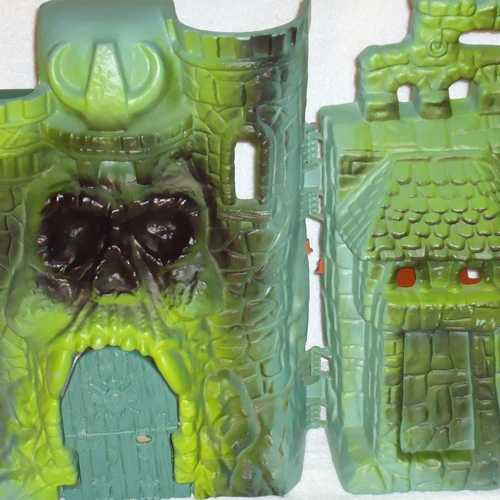 Although Skeletor’s Snake Mountain was also rather brilliant, He-Man’s Castle Grayskull was the one that most kids really wanted to have.

If you were lucky enough to own one then you’ll definitely remember the lift, the chair, and the amazing trapdoor that we absolutely loved dropping bad guys through. 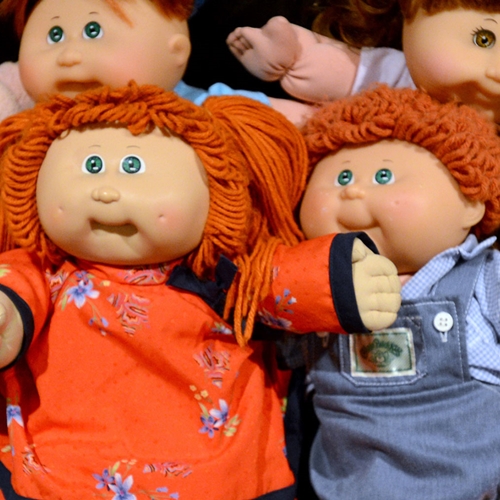 Some would describe Cabbage Patch Kids as being a bit ugly, but we say how dare people be so nasty to our little baby!

They were one of the most popular toys of the 1980s, and also appeared in many other forms, including cartoons, music albums and games. 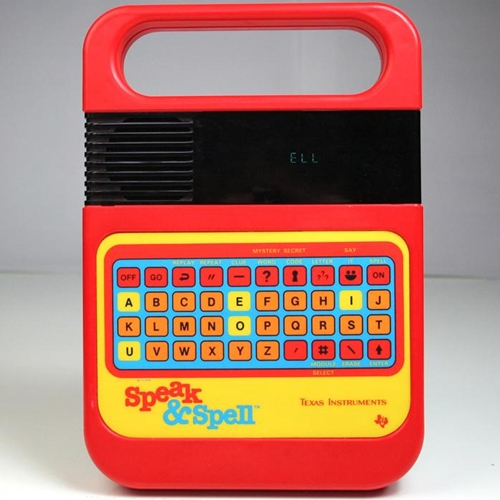 It was essentially a glorified calculator, but nonetheless, back in the 1980s Speak & Spell was one of the most popular toys out there.

We may not have turned into J.K. Rowling but we do ok, and we believe that Speak and Spell is largely to thank for our literary education. 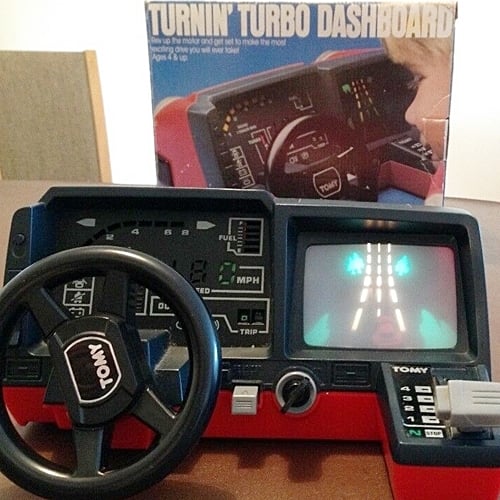 Created in 1983 by the brilliant Japanese toy creators Tomy, the Turnin’ Turbo Dashboard was a brilliant driving simulator complete with gears, ignition, a working dashboard, a steering wheel, and even a looping display!

It was practically like driving a real car, or at least so we thought when we were children. 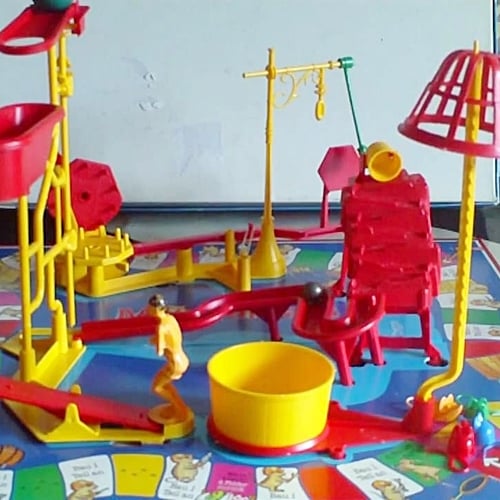 If we’re honest, Mouse Trap never worked properly for us, taking ages to set up but never finishing the mouse trapping sequence successfully.

Even so it was good fun trying, with the man diving into the tiny pool being a particular highlight. 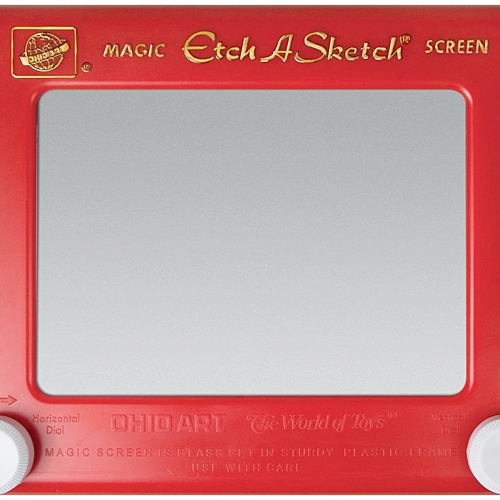 Long before the days of parents being able to download apps on tablets, we had to make do with Etch A Sketch.

And did we complain? Of course not, because Etch A Sketch is one of the greatest pieces of creative kit ever invented! 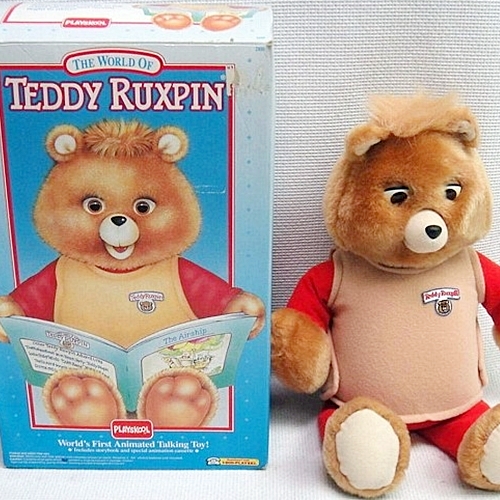 Teddy Ruxpin was the Teddy that could actually talk to us, thanks to the amazing technological marvel that was cassette tapes.

Personally we found him a little bit creepy, but we can definitely also see the attraction of a furry friend that actually talks and sings songs to you. 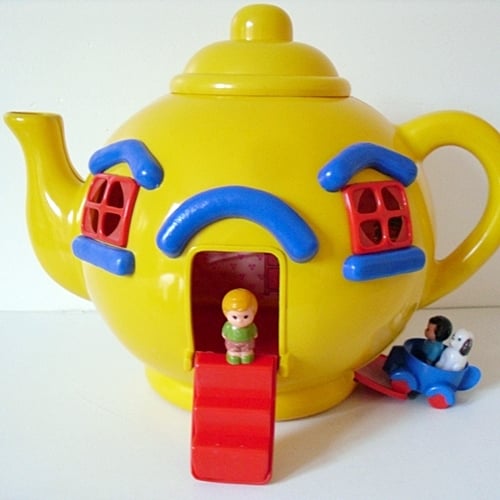 It’s impossible to look at the Big Yellow Teapot and not be immediately transported back to our childhoods.

We’re sad to say that we never owned one, were you one of the lucky ones who did? 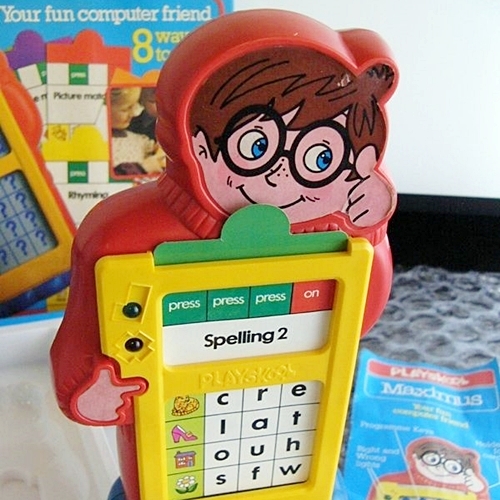 We had completely forgotten about Maximus, but we definitely owned one, and we suspect that many of you did too.

You put different cards into Maximus for different games and challenges. It was pretty simple by today’s standards, but at the time it seemed futuristic. 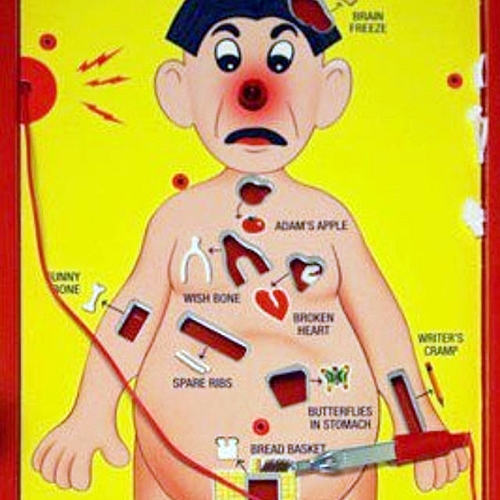 Operation was a brilliant game, where success required that you keep a very steady hand.

And nudging your younger sibling and watching them jump as the buzzer sounded was definitely allowed.