If we were asked to name one thing that has advanced more than any other since we were growing up during the 1980s, then it absolutely has to be technology. The massive computers we had in our school classroom featured tech that would be ridiculously outdated today, and if we were to show our children the video games we played during our youth they would likely laugh us out of our own homes.

But without four decades’ worth of hindsight, the gadgets we enjoyed during our childhood were simply amazing, and we suspect you all had that one piece of technology you were desperate to get your hands on at Christmas time.

Today we’re venturing into the depths of your memory, as we focus our attention on 14 amazing toys and gadgets from the 1980s that we suspect you’d forgotten even existed. How many of them did you own? 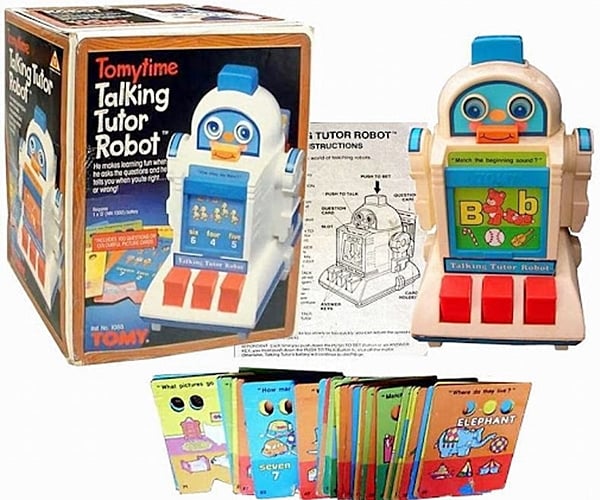 Manufactured by Tomy, the Talking Tutor Robot was the perfect way to educate children whilst also ensuring that they would be having a great deal of fun.

The Talking Tutor Robot came with 50 cards, on which were questions that tested our childhood knowledge on a wide array of interesting subjects. 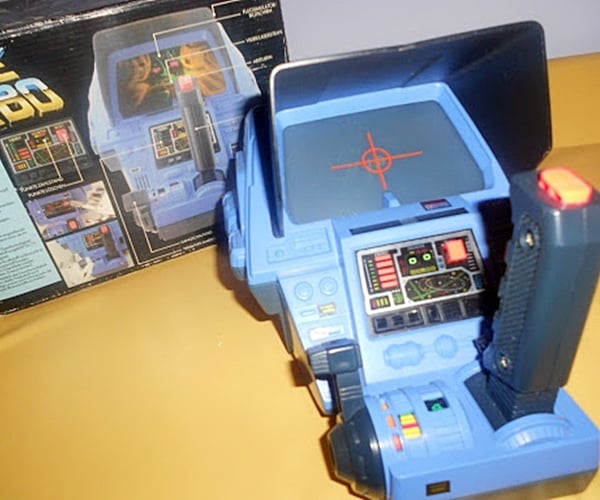 Here we have the second (but not final) appearance on this list from Tomy, who made this quite brilliant Space Turbo home arcade game.

Many of us 80s kids chose Tomy’s Turnin’ Turbo Dashboard instead, but in our opinion, being able to fly a spaceship beat driving a virtual car every single day of the week. 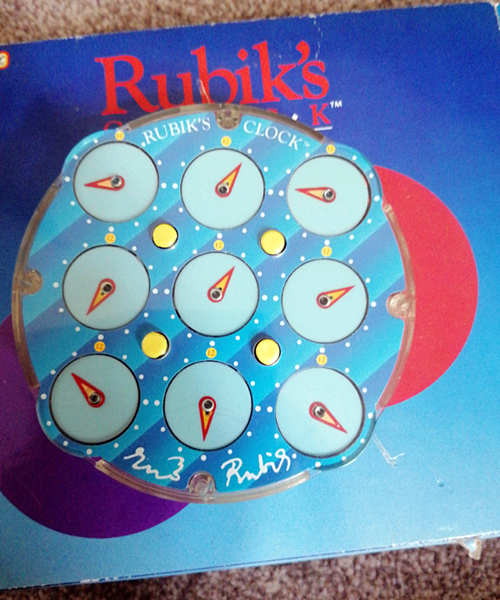 The Rubik’s Cube is of course one of the defining items of the entire 1980s, and many of you will also remember playing with a Rubik’s Magic. But how many of you ever got your hands on a Rubik’s Clock?

An addictive and at times frustrating puzzle that saw us having to match the hands on 18 different clock faces, Rubik’s Clock kept us entertained for hours. 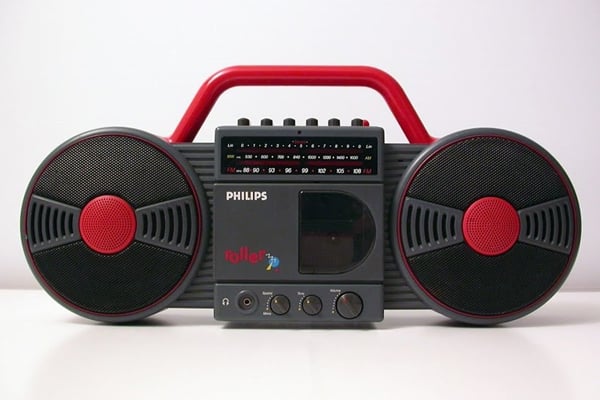 Being given our very first stereo was one of the defining moments of our youth, and there was one particular device that was found in the bedroom of many an 80s child.

We suspect that for many of you, seeing an image of Philips’ ‘Roller’ Stereo, Radio and Cassette Recorder after all these years has immediately transported you back to your childhood! 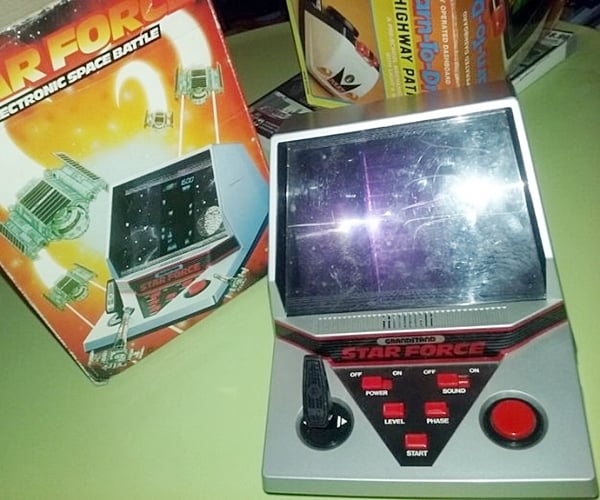 The graphics may be laughable by today’s standards, but just a few decades ago, playing Star Force really did make us believe that we were Luke Skywalker fighting against the evil empire.

Star Force was made by Grandstand, who released a number of similar products during the 1970s and 1980s, many of which are currently being sold for a high price on auctions sites such as eBay. 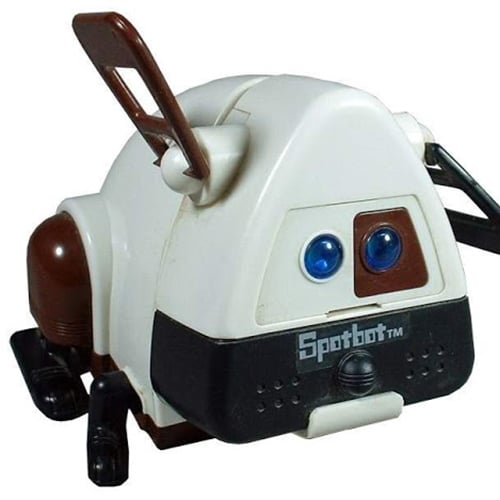 Once again manufactured by Tomy, the Spotbot sat nicely alongside the company’s other 1980s robotic toys that included Dingbot, Omnibot and Verbot. 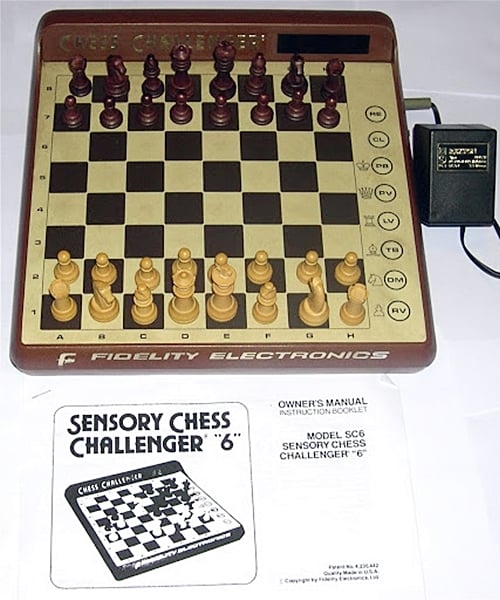 We have to admit to finding chess something of a bore when we were young, that is until we were introduced to the magnificent Chess Challenger.

Housing a computer that would act as your chess opponent, Chess Challenger may have featured A.I. that took a really long time to tell us what move it wanted to make, but it was a great deal of fun nonetheless. 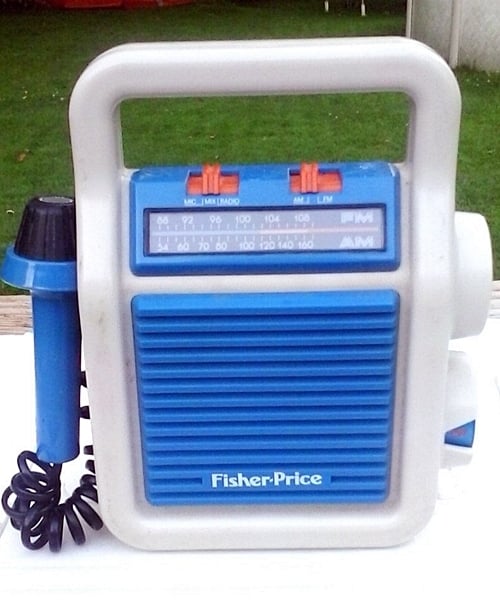 Fisher-Price can fight it out with Tomy for the title of our favourite 1980s toy manufacturer, and it was they who gave us this classic sing-along radio.

Turning us into karaoke addicts before we had any idea what either of those words even meant, Fisher-Price’s Sing Along Radio allowed us to join in with the Top 40 chart every Sunday afternoon. 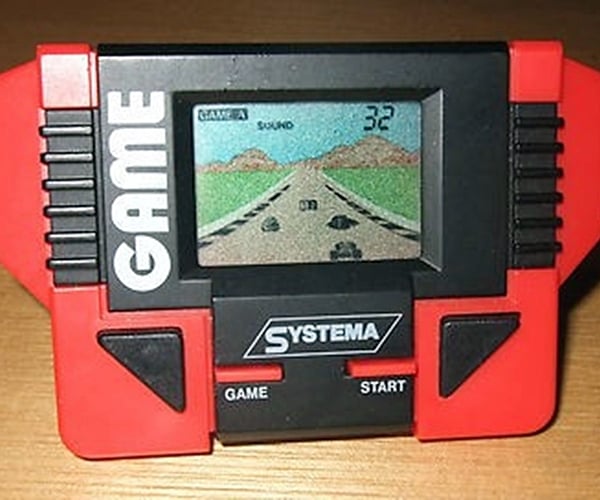 The gameplay was extremely simple, but Systema’s handheld Formula One Racing Car game genuinely had us hooked for hours on end.

Asking you to guide a Formula One car through three lanes of increasingly hazardous and difficult tracks, the game’s later levels required that you have the reflexes of a Ninja! 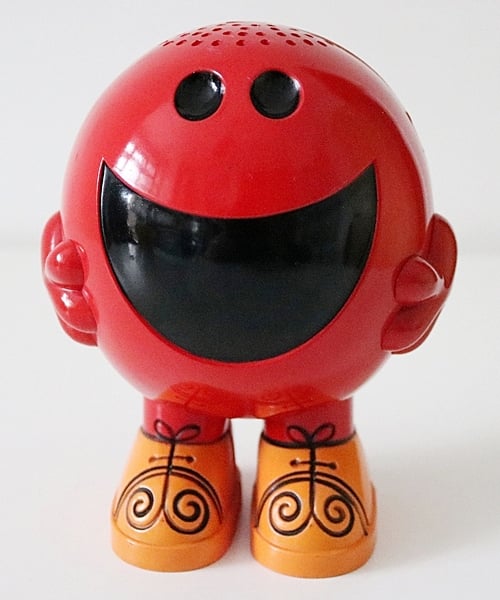 Many of us owned a radio of some kind when we were young, but surely none were better than the ones that came shaped as one of the Mr Men.

Whether you chose Mr Bump, Mr Chatterbox or Mr Noisy it didn’t matter, because the late Roger Hargreaves’ characters brightened up our 1980s bedroom no end. 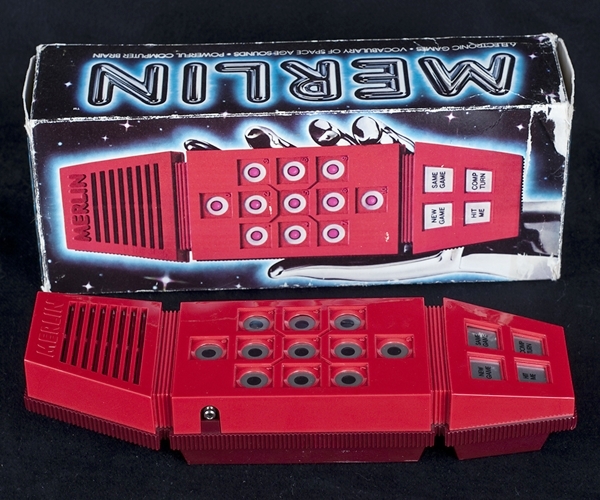 Originally hitting toy shop shelves at the tail end of the 1970s, Merlin’s Handheld Electronics Game Machine challenged us to outsmart it across a number of different games.

Featuring computerised versions of noughts and crosses and blackjack, this device may have looked like a red phone, but it was actually a very real computer that could fit in the palm our hands. 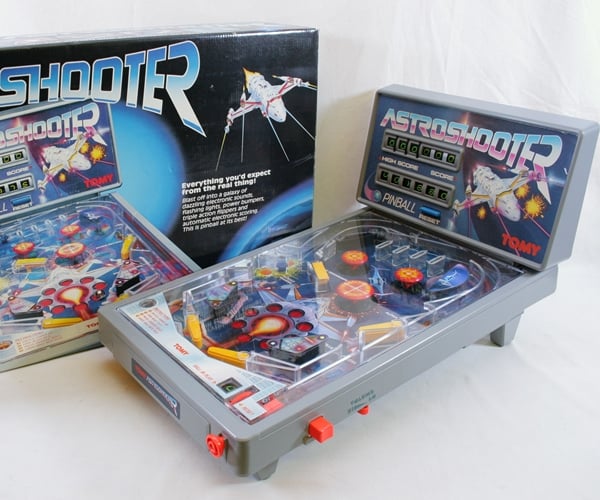 Many of us had to make do with Tomy’s slightly cheaper Atomic Arcade Pinball, but the superior Astroshooter Pinball was the machine that everyone really wanted to get their hands on.

Promising to be ‘everything you’d expect from the real thing,’ Astroshooter Pinball, as it declared on its packaging, really was ‘pinball at its best.’ 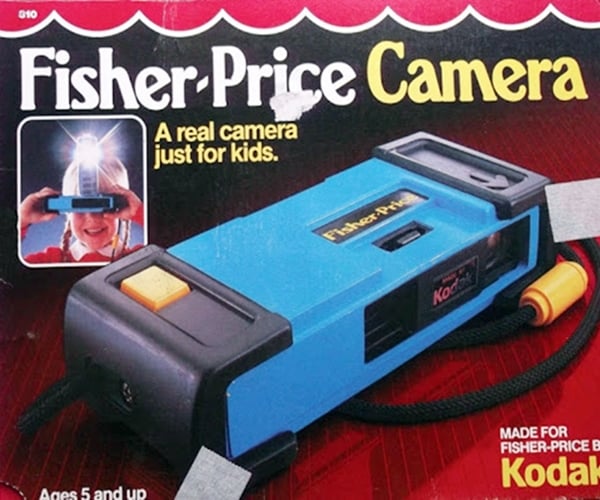 At a certain age we’d just about had enough of pretending to take pictures with a pretend camera, but thankfully that’s when this marvellous Fisher-Price’s camera came in.

This particular camera was made for Fisher-Price by none other than Kodak, which meant that it worked exactly the same as a real camera, allowing us to hone our photography skills before we had even started junior school. 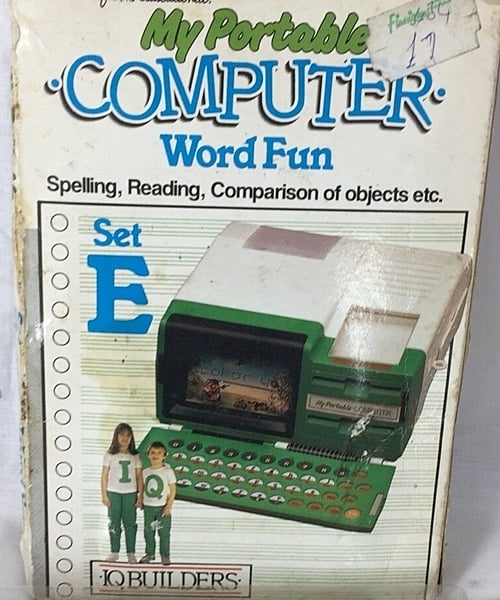 It may have had the power of a modern day wristwatch, but during the early 1980s, Grandstand’s My Portable Computer was quite simply a marvel of modern technology.

Introduced alongside cartridges that allowed us to hone our skills across a number of different subjects, My Portable Computer most definitely gave us an academic head start.