Top Ten Wrestlers Of The 1980s

The expansion of cable television and pay-per-view, coupled with the efforts of promoters such as Vince McMahon, saw professional wrestling shift from a system controlled by numerous regional companies to one dominated by two nationwide companies: McMahon’s World Wrestling Federation (WWF, now WWE) and Ted Turner’s World Championship Wrestling (WCW); the latter in the 1990s, as by the time the WWF were in the top during the 1980s and early 1990s, the WCW was still a National Wrestling Alliance(NWA) territory.

Here, we count down the top ten wrestlers of the period. Do you agree with us? 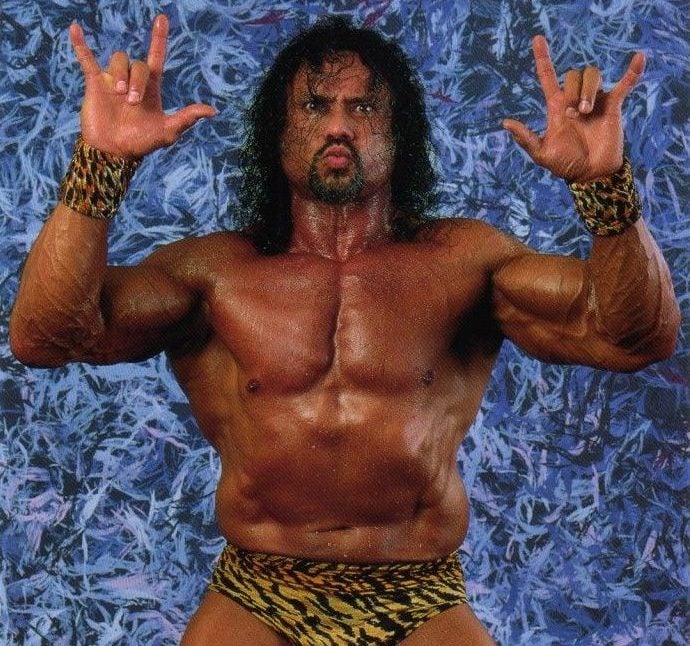 James Reiher Snuka is better known by his ring name, Jimmy “Superfly” Snuka. He wrestled for several promotions from the 1970s to 2010. He was best known for his time in the WWF in the early to mid 1980s and was credited for introducing the high-flying style of wrestling to the sport. In 1996 he was inducted into the WWF Hall of Fame.

Snuka was indicted and arrested in September 2015 on third-degree murder and involuntary manslaughter charges, in relation to the May 1983 death of his girlfriend, Nancy Argentino. Snuka pleaded not guilty, but was ultimately found unfit to stand trial in June 2016 due to being diagnosed with dementia. As his health declined, the charges were dismissed on January 3, 2017. He died twelve days later. 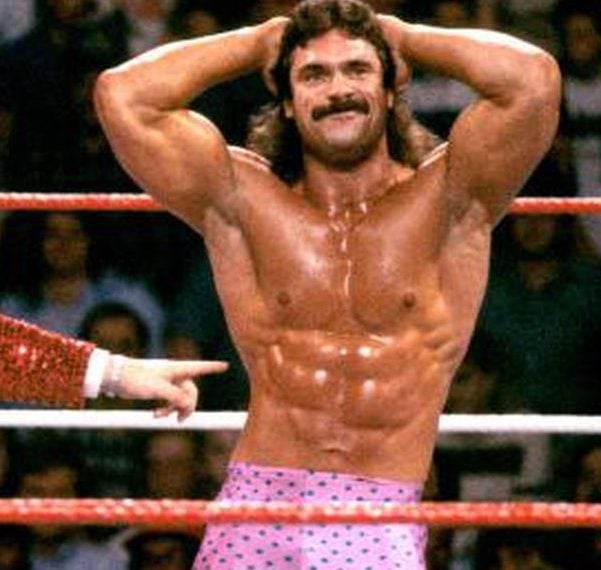 Richard Erwin Rood was better known as “Ravishing” Rick Rude. He was an American professional wrestler who performed for the WWF and the WCW. He wrestled between 1982 until 1994 where he retired due to an injury.

In late 1997, Rude founded the D-Generation X stable alongside Shawn Michaels, Triple H, and Chyna. On November 17 of that year, in the midst of the Monday Night Wars, he became the only person to appear on the WWF’s Raw and WCW’s Monday Nitro programs on the same night, as the former was pre-recorded and Rude had left for WCW in the interim. He was inducted into the WWE Hall of Fame in 2017. 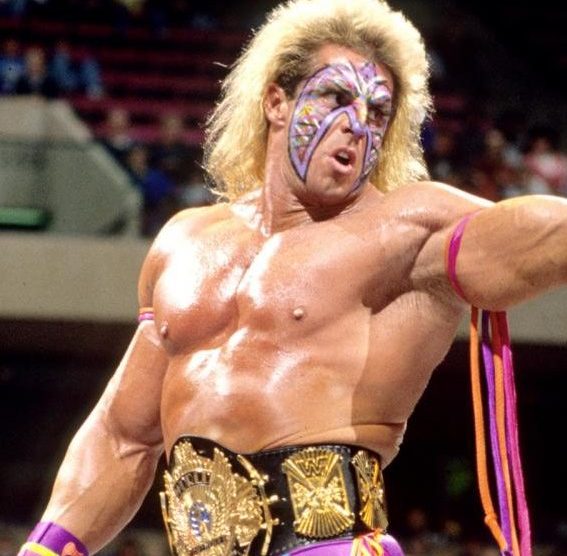 James Brian Hellwig, aka ‘The Ultimate Warrior’ wrestled for the WWF from 1987 to 1991 and again in 1992 and 1996. He became a two-time WWF Intercontinental Heavyweight Champion and won the WWF World Heavyweight Championship once when he defeated Hulk Hogan. 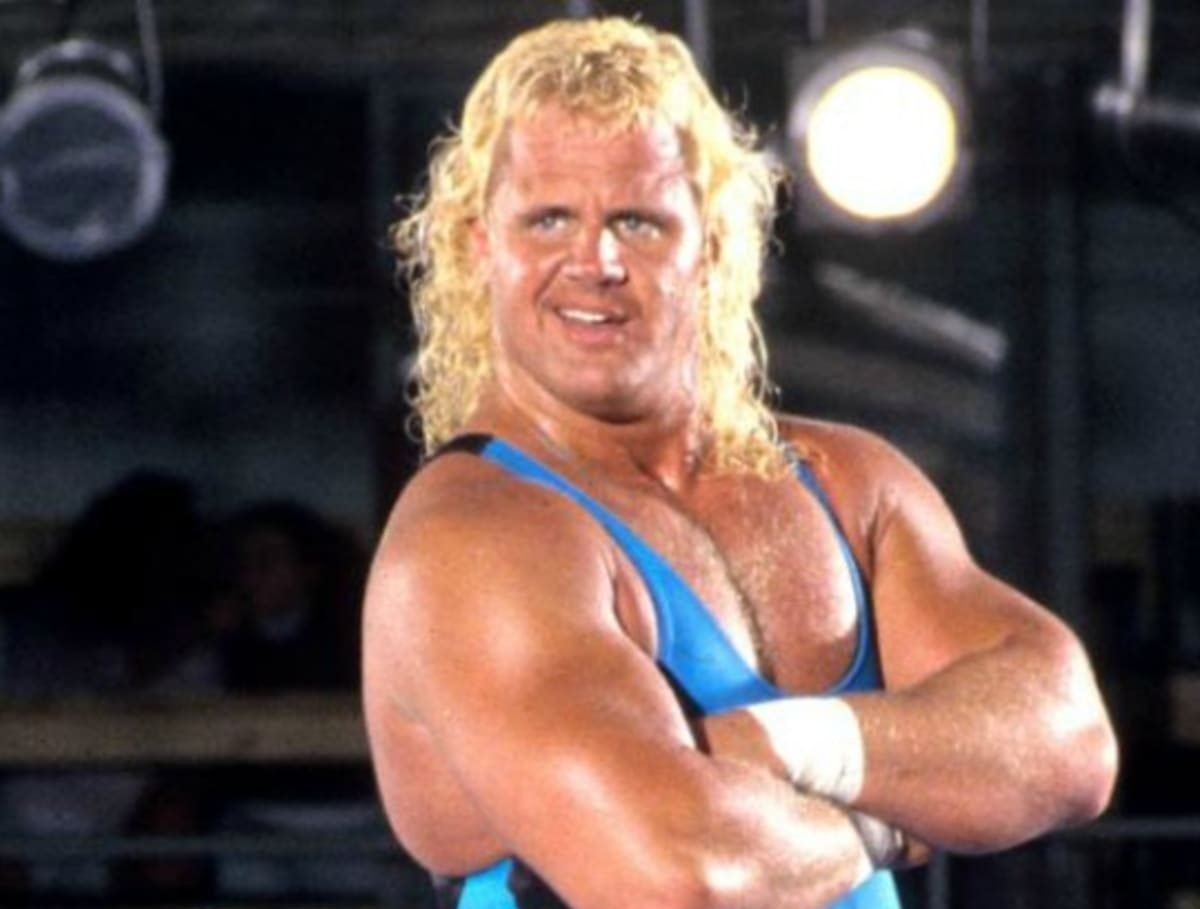 Curtis Michael Hennig performed under the name Curt Hennig, but found his greatest success as Mr. Perfect, a nickname introduced in his second run with the company which became his official ring name. Hennig was named by WWE as one of the top five champions of all time; he was the longest-reigning titleholder of the 1990s.

The WCW recognised Hennig as “one of the best all-round competitors the wrestling business has ever produced.” He was inducted into the WWE Hall of Fame in 2007 by Major League Baseball player Wade Boggs. 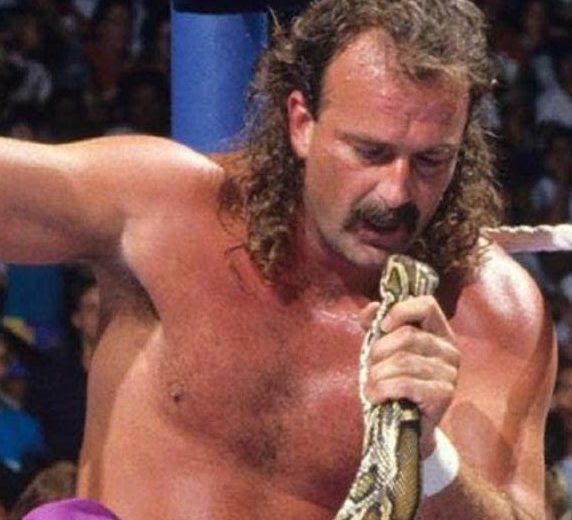 Aurelian Jake Smith Jr. is otherwise known as Jack “The Snake” Roberts. He is an American actor and semi-retired professional wrestler. He is best known for his two stints in the World Wrestling Federation, the first between 1986 and 1992 and the second between 1995 and 1997.

He was known for his intense and cerebral promos, his dark charisma and his extensive use of psychology in his matches. He liked to use the DDT finishing move, named the “coolest manoeuvre of all time” by the WWE.” He was inducted into the WWE Hall of Fame on April 5, 2014. 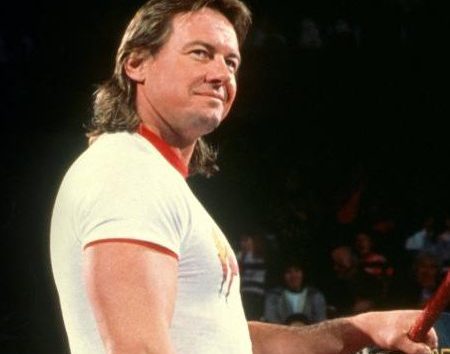 “Rowdy” Roddy Piper was a Canadian professional wrestler and actor. Even though he was Canadian, because of his Scottish heritage, he was billed as coming from Glasgow and was known for his signature kilt and bagpipe entrance music.

He earned the nicknames “Rowdy” and “Hot Rod” by displaying his trademark “Scottish” rage, spontaneity, and quick wit. He was described by industry veteran Ric Flair as “the most gifted entertainer in the history of professional wrestling”, Piper is regarded by many as the greatest wrestling villain (heel) of all time. 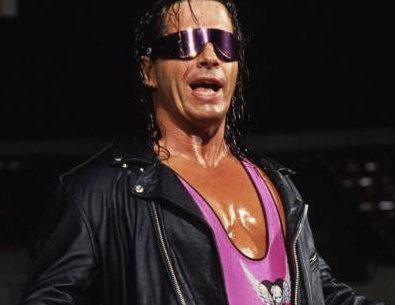 Bret “The Hitman” Hart was born July 2nd 1957. He is one of several wrestlers from the Hart family, and a second-generation wrestler.

He has been credited with changing the perception of mainstream North-American professional wrestling in the early 1990s by bringing technical in-ring performance to the fore. Hart is widely regarded as one of the greatest professional wrestlers of all time; Sky Sports noted that his legacy is that of “one of, if not the greatest, to have ever graced the squared circle”. 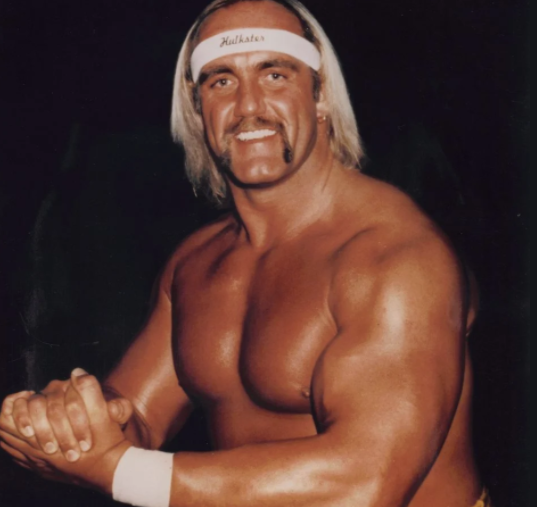 Hogan enjoyed considerable mainstream popularity between 1984 and 1993 as a face in the World Wrestling Federation (WWF, now WWE), which continued for the remainder of the 1990s in World Championship Wrestling (WCW), where he turned heel in 1996 and performed as the villainous New World Order (nWo) leader “Hollywood” Hulk Hogan. Even though he’s one of the most recognised wrestlers in the world, he only comes third on our list. Pipping him into second position is… 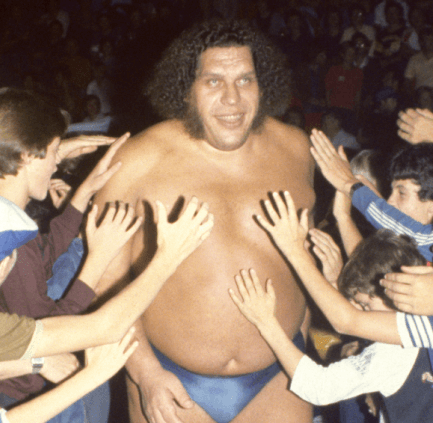 André the Giant was a French professional wrestler and actor. He famously feuded with the man above, Hulk Hogan,  culminating at WrestleMania III in 1987.

He was also an actor, and his best-remembered film role was that of Fezzik, the giant in The Princess Bride. His size was a result of gigantism caused by excess growth hormone, which later resulted in acromegaly. It also led to his being called “The Eighth Wonder of the World.” He sadly passed away in 1993, and was the sole inaugural inductee into that year’s WWE Hall of Fame class. 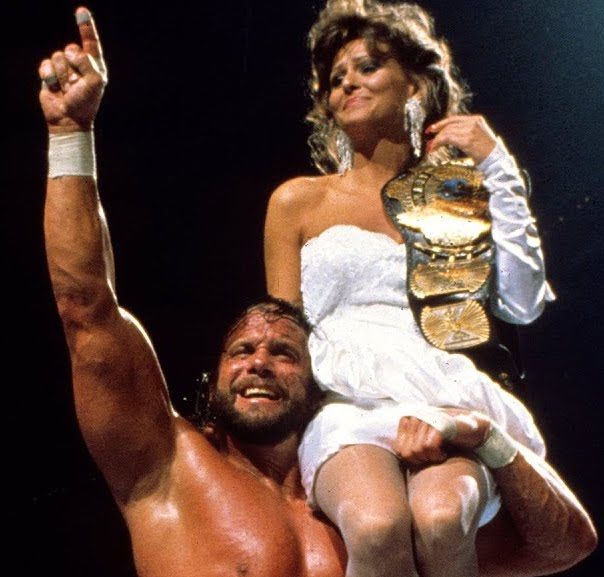 Number one on our list is Randall Mario Poffo, aka Randy Savage. He is widely regarded as one of the greatest professional wrestlers in history. A number of peers have ranked Savage among the industry’s top performers of all time.

He was recognizable by wrestling fans for his distinctively deep and raspy voice, his flamboyant ring attire, intensity exhibited in and out of the ring, using ‘Pomp and Circumstance’ as his entrance music and his signature catch phrase, “Oooh yeah!” He was posthumously inducted into the WWE Hall of Fame in 2015.