Every child loves a good Disney film, and let’s be honest  – most adults do too! They’re the perfect feel-good films, loved from generation to generation. In the 1980s, Disney lovers were spoilt for choice with every film that the House of Mouse released. With that in mind, in the article below we’ve taken a look at the top 10 Disney films from the 1980s. See how many you can remember. 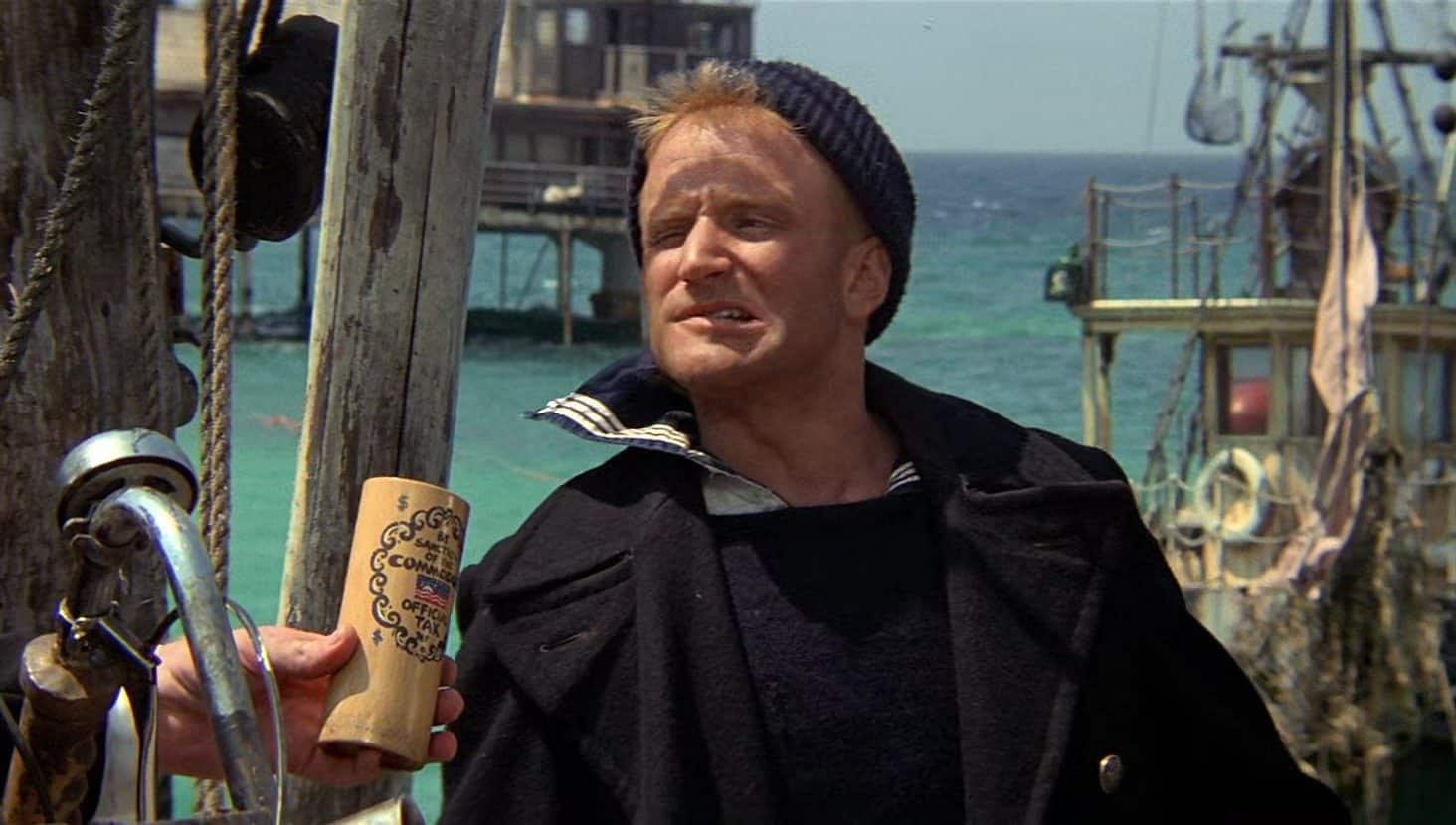 This 1980 musical comedy based on the iconic comic strip sees Robin Williams in the lead role as the muscle-bound sailor, alongside a perfectly cast Shelley Duvall as Olive Oyl. Across the film’s runtime, Popeye goes in search of his father, meets a whole host of wacky characters along the way, and even falls in love with his on-the-page soulmate Olive Oyl.

Robin Williams also discovers the abandoned baby Sweet Pea, who seems to have an uncanny knack for guessing the future by whistling. Screwball comedy abounds, as do plenty of iconic catchphrases and toe-tapping musical numbers, plus a whole heaping helping of spinach!

9. The Watcher in the Woods 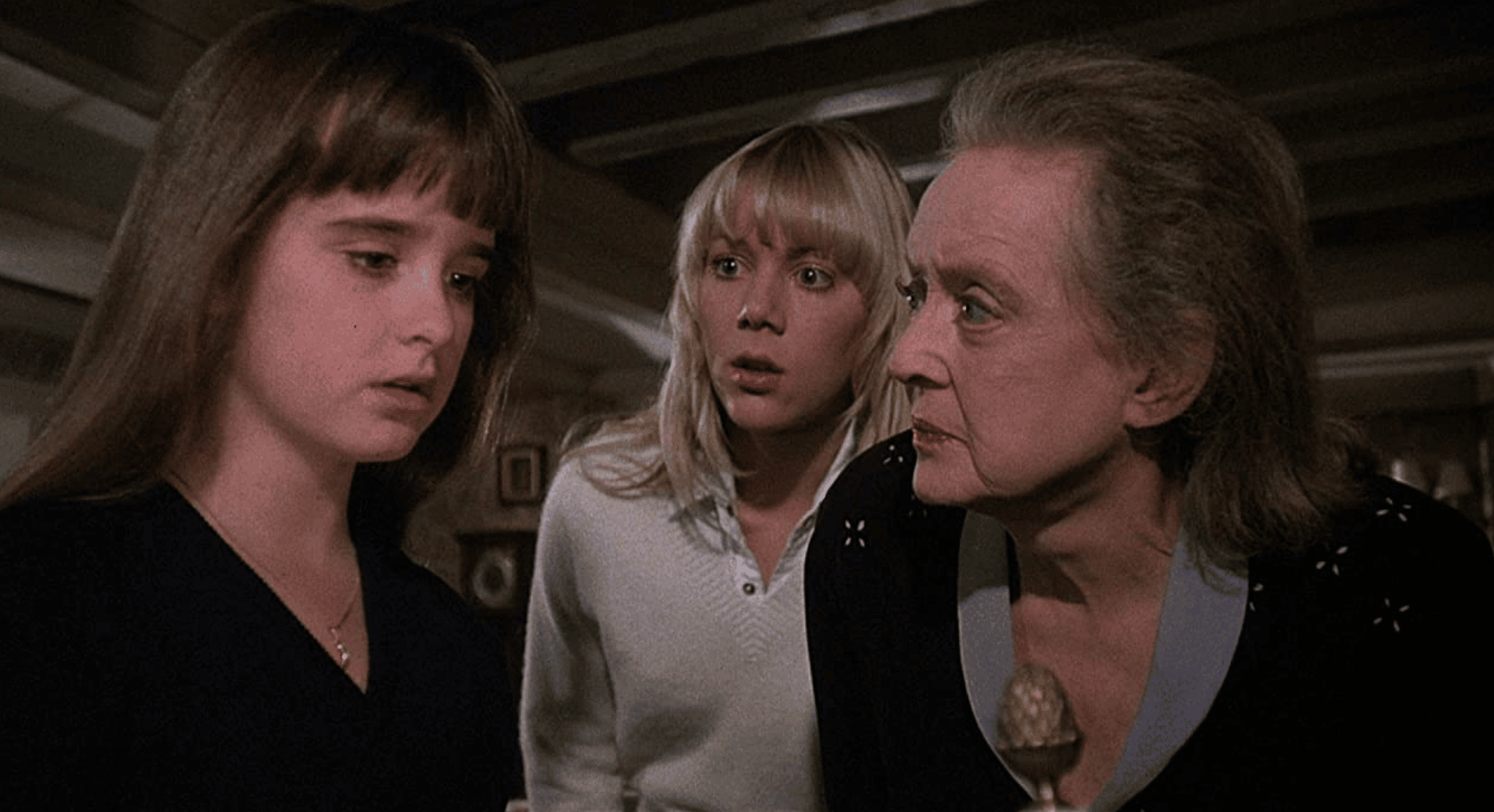 Legendary actress Bette Davis is most famous for her work in the late 1930s and early 1940s, but The Watcher in the Woods showed that Davis could still lead a cast almost four decades later. The movie follows teenager Jan and her little sister Ellie (played by a young Kyle Richards) as they visit a mansion in the English countryside.

The owner of the mansion is Mrs Aylwood, played by Davis, who lives in the decrepit cottage next door. The spooky factor increases tenfold when Jan Curtis discovers a supernatural mystery linked to a missing girl in the woods around the mansion, and it’s anyone’s guess whether they will make it home alive. 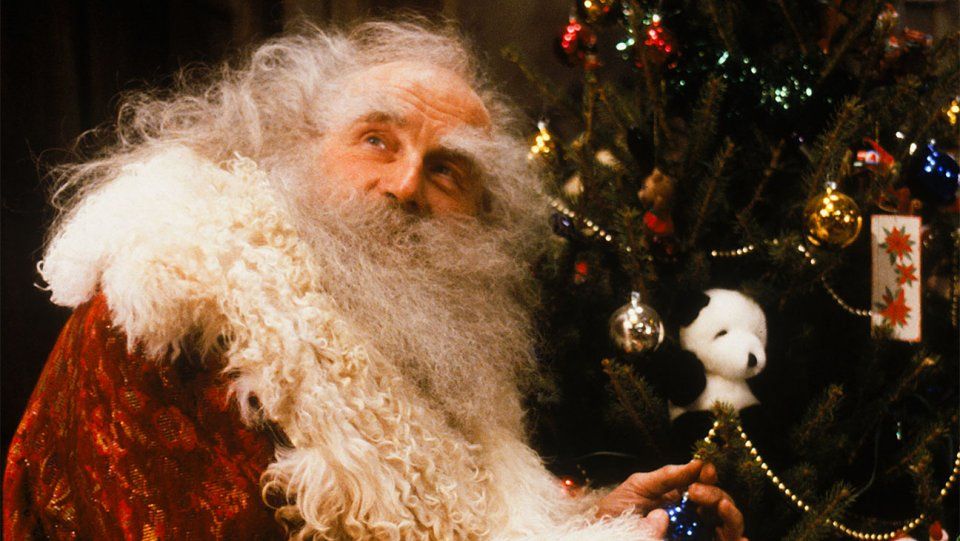 When you think of a Christmas movie that centres on a spirit coming to Earth to give a miserly or miserable character a new perspective just in time for a happy Christmas Day at the end, you probably think of It’s A Wonderful Life, or at least A Christmas Carol.

One Magic Christmas follows a similar idea with an 80s twist, with an adorable kid protagonist whose family is down on their luck, whose guardian angel is sent to show her just how much worse things could be. Even though Abbie’s father is unemployed and her mother is definitely not in the Christmas spirit, Abbie has to learn to hold out hope for a better day. How festive! 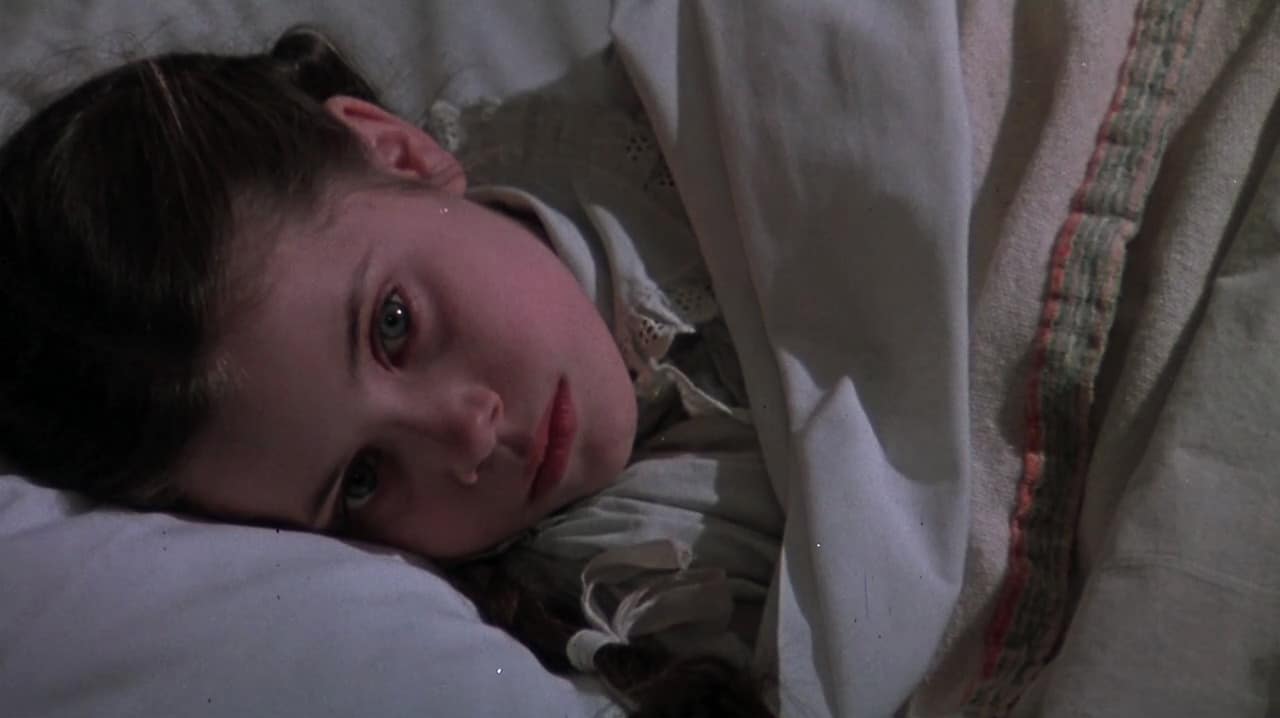 The unofficial sequel to the timeless 1939 classic, Return to Oz sees Fairuza Balk take on the role of Dorothy. After being declared insane back in the real world, Dorothy finds herself back in Oz, where she discovers that a vain witch and a Nome King have destroyed everything that makes Oz beautiful… even the yellow brick road!

Dorothy and her hen Bellina make friends with the endearing but still pretty terrifying Tik-Tok, Jack Pumpkinhead and Gump, and together they set about saving Oz and restoring the land to its former glory. Naturally, we even see some ruby slippers at one point too! 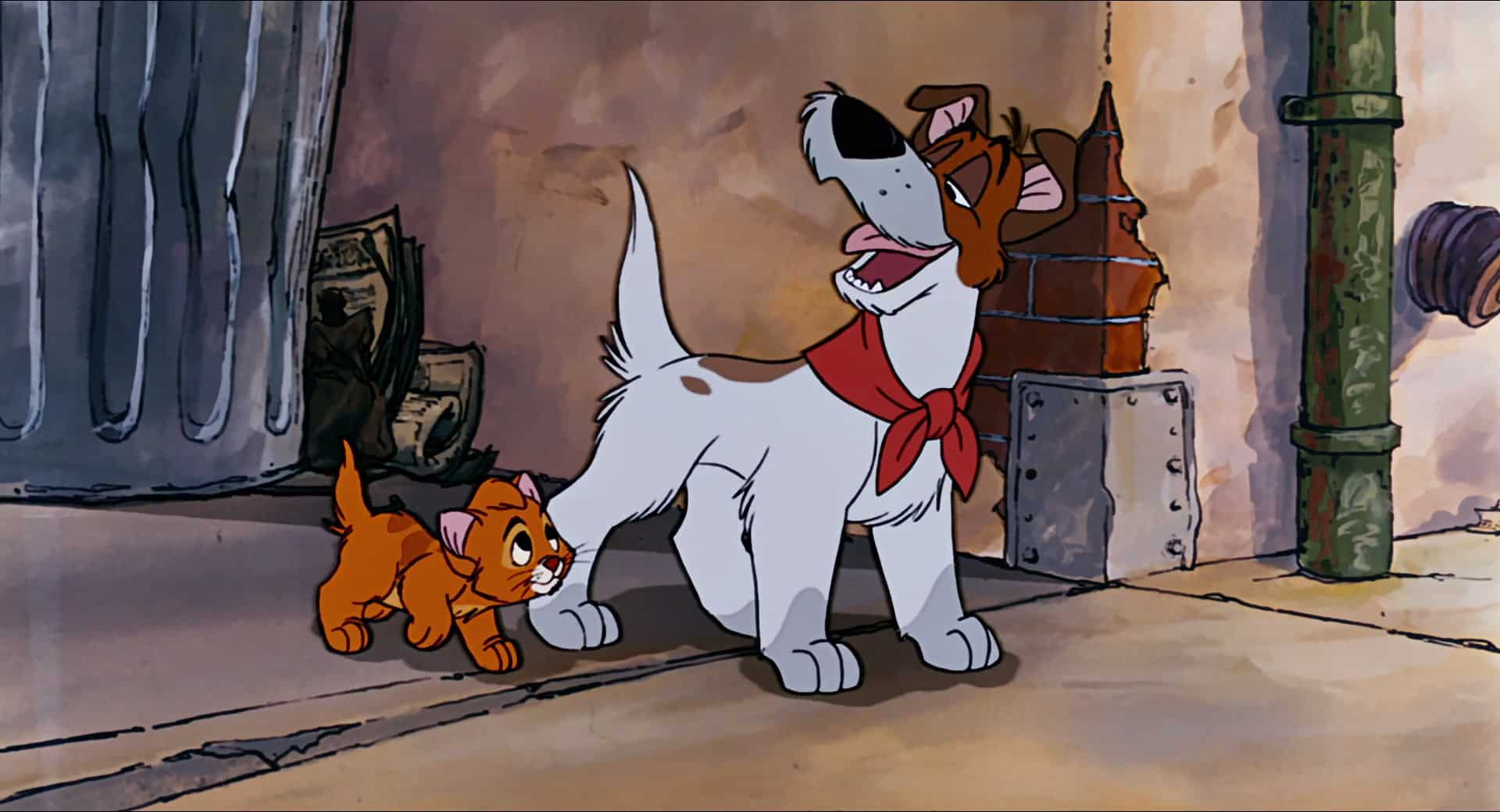 An animated musical comedy from 1988, this Disney film takes on the beloved Charles Dickens story Oliver Twist and gives it a zoological, well… twist! The movie featured the voices of Billy Joel as the Artful Dodger and Joey Lawrence as the orphan that wanted more, Oliver.

Not only that, but the movie also boasts a Billy Joel soundtrack that couldn’t get any more 80s if it tried, and a career-defining performance (for a certain generation, anyway!) for Bette Midler, in the role of prize poodle Georgette. Plus, it features a scene of a Shakespeare-inspired English Bulldog attempting to commit insurance fraud against a bunch of humans.

5. The Fox and the Hound 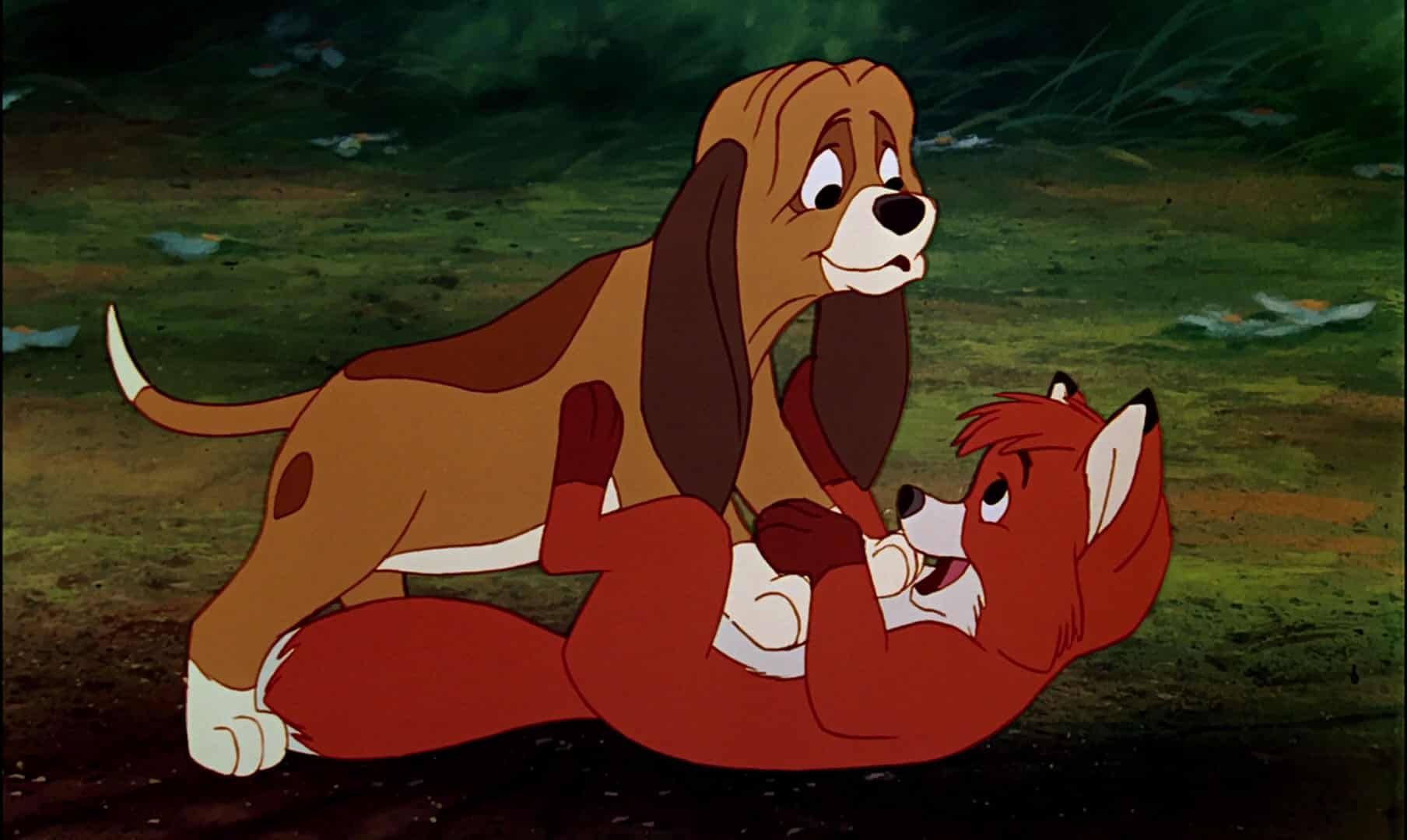 How could anyone dislike this adorable 1981 tale of friendship? In The Fox and the Hound, Tod the Fox (voiced by showbiz veteran, Mickey Rooney) is taken in by Widow Tweed when he is just an abandoned pup. Tod befriends a dog named Cooper (Kurt Russell) and they become best buddies!

Unfortunately, in the eyes of humans, foxes and dogs are natural enemies, and consequently, as the pair grow older they are also forced apart. Can they overcome their differences in order to save their friendship? You’d have to watch one of Disney’s most infamous tear-jerkers to find out. 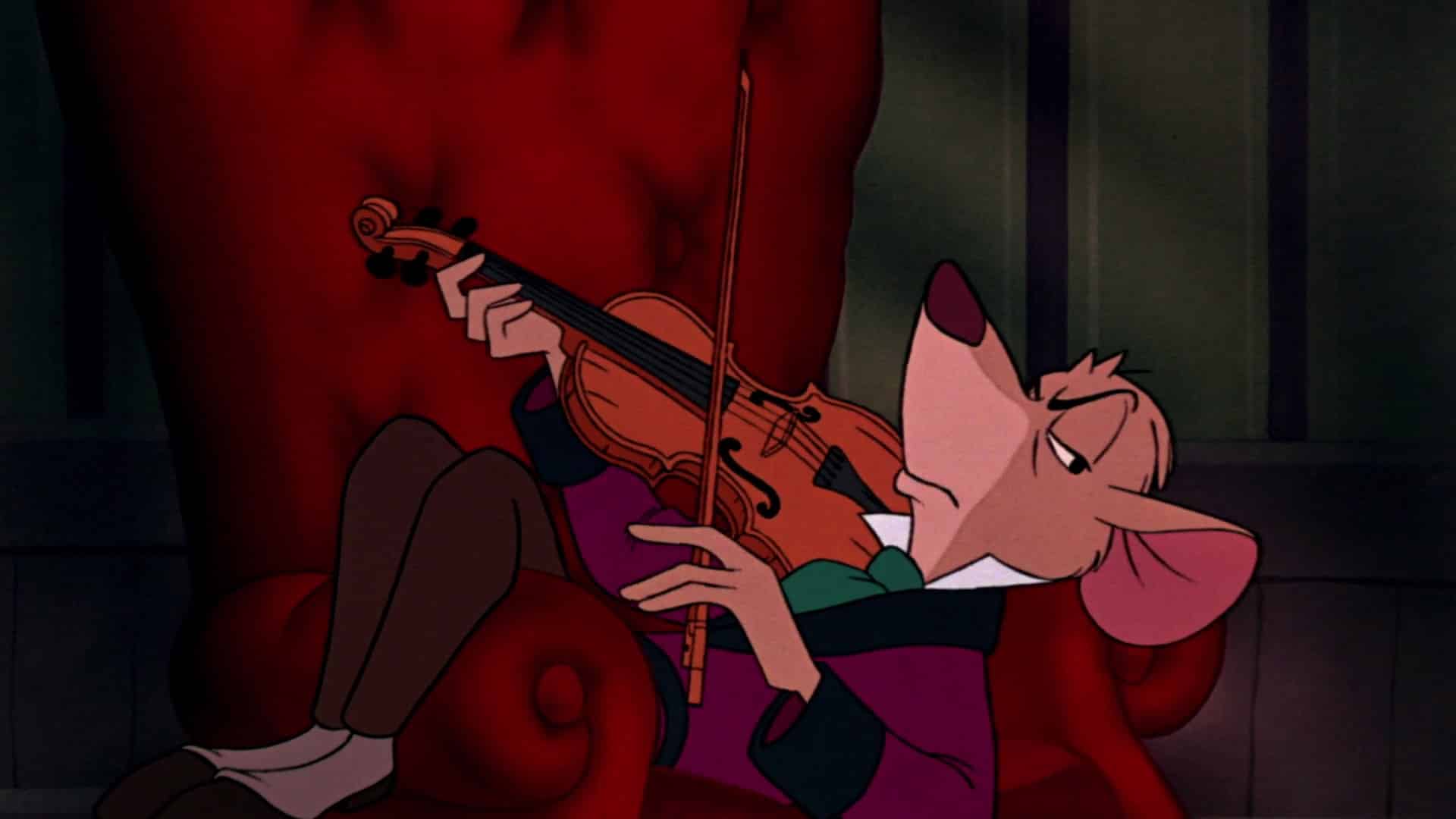 Nowadays, the world is full of Sherlock Holmes retellings and reimaginings, from BBC’s Sherlock to House and Elementary. However, none are so unique as The Great Mouse Detective, which centres on two mice who live in the sewers below 22b Baker Street, where the legendary consulting detective lives and works.

Basil the rodent must stop the evil Professor Ratigan, voiced by Vincent Price at his most camp, before he destroys Queen Mouse, for crown and for country! Along the way, he picks up a trusted accomplice in Dr. David Q. Dawson, as well as temporary ward Olivia Flaversham, who both help him finally bring Ratigan to justice. 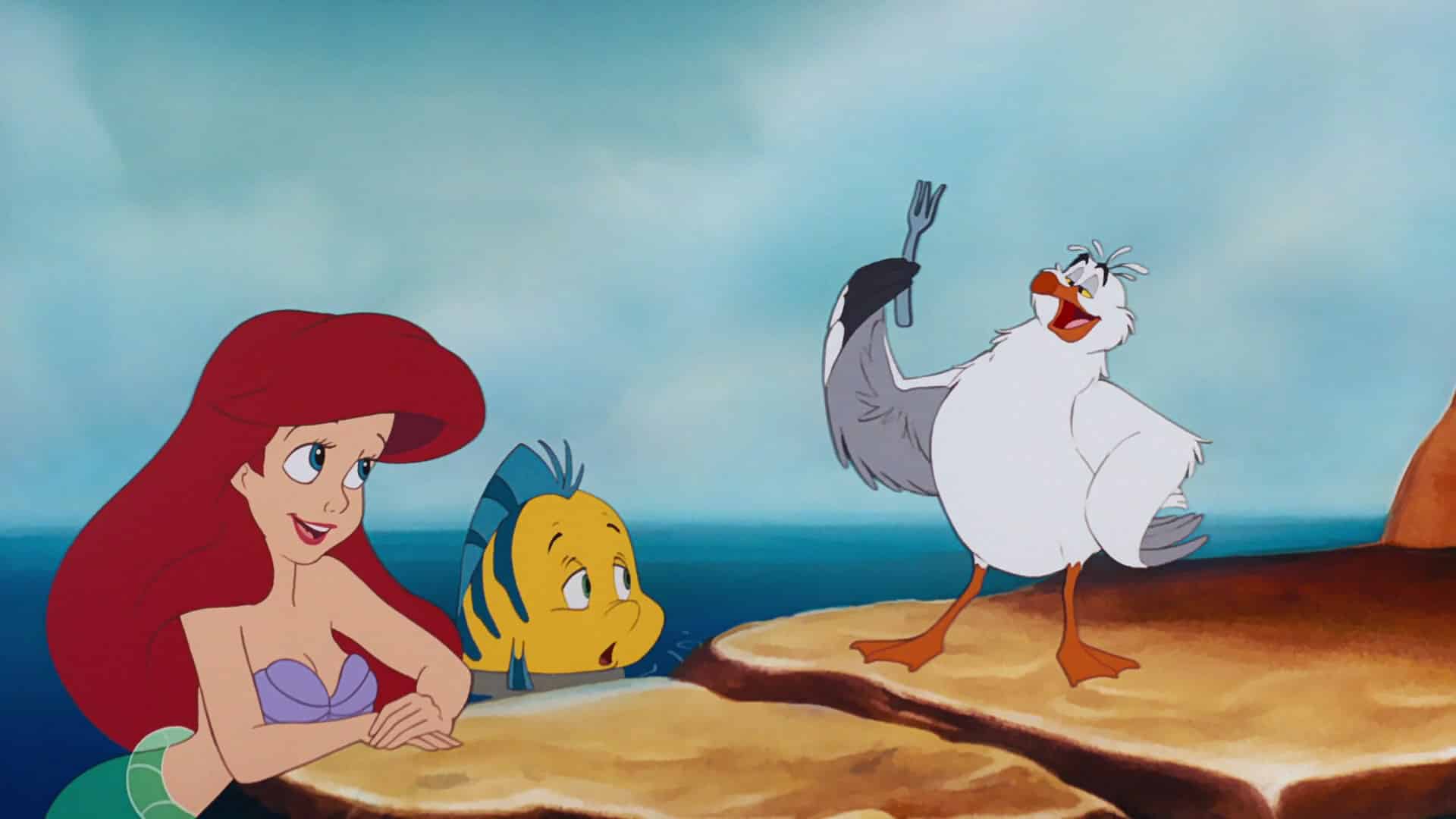 In this 1989 classic, Ariel the mermaid princess makes one of her trips to the surface and becomes enraptured with the world above. Desperate to escape her underwater life, she makes a deal with Ursula the sea witch to be a human for three days in exchange for her voice, and has to find both love and fulfilment on the surface without saying a word.

Already a beloved fairytale, albeit much darker one than the Mickey Mouse approved version that made it to theatres, The Little Mermaid has become an all-time Disney classic thanks to its memorable characters, spellbinding songs and against all odds love story. Plus, what little girl hasn’t tried to get the perfect Ariel hair in the bath?

2. Flight of the Navigator 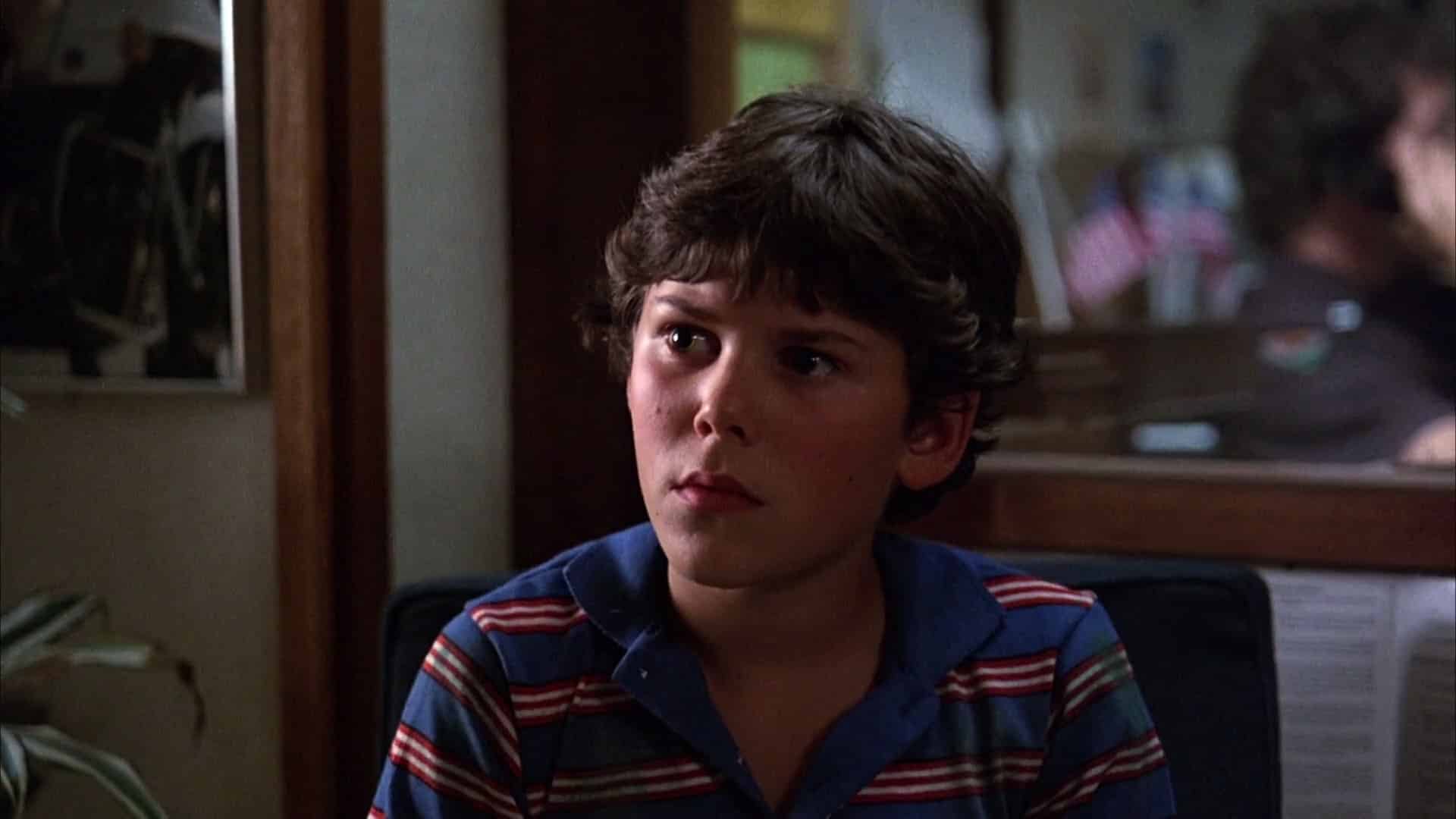 Flight of the Navigator is an iconic sci-fi flick, first released in 1986. It begins in 1978, when twelve-year-old boy David awakes from an accident in the forest to find that eight years have passed! But David hasn’t aged a day… and he’s desperate to go back to 1978 where he belongs.

He escapes from NASA, teams up with a surprisingly punk NASA employee played by Sarah Jessica Parker, and they try to outrun their enemies before they run out the clock. Though not the most known Disney movie, it has gone on to gain a huge cult following, enough that a reboot has been in the works since 2017.

1. Honey, I Shrunk the Kids 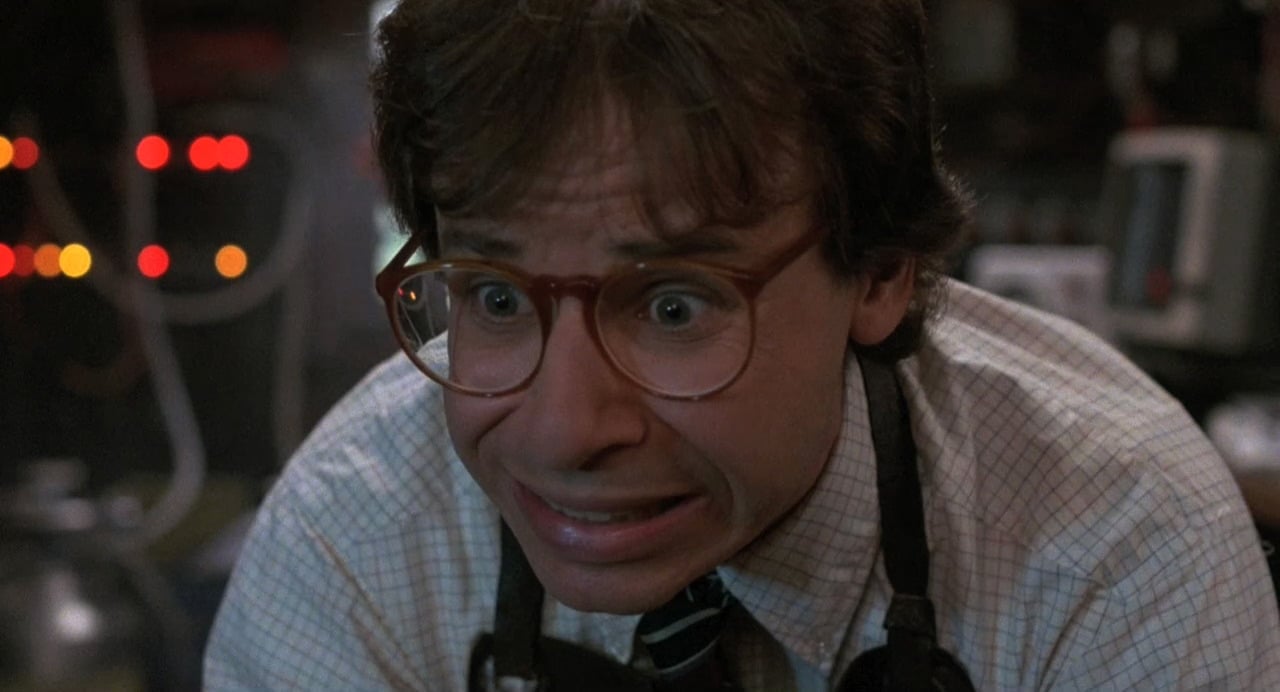 As far as the number one spot on this list goes, there’s no question about what should take pride of place. Honey, I Shrunk The Kids is the 1989 adventure comedy starring Rick Moranis at his most bumbling, as an inventor who accidentally shrinks his kids during an experiment gone wrong!

The kids have to survive a journey through the back garden to get back to the house, facing obstacles such as water sprinklers and giant ants, all of which turn a mundane location that they’re super familiar with into dangerous and unrecognisable territory. Honey, I Shrunk the Kids has spawned two sequels, a televisions series, and even numerous theme park attractions.