The 1980s will forever be known for its questionable fashion trends, from big hair and shoulder pads to Miami Vice-style blazers. It was also a period of time when some of the most iconic 80s celebrities were getting together left, right and centre, from Madonna and Sean Penn to George Michael and, err… Brooke Shields!

Here we take a look at the most famous power couples of the 1980s. Do you remember seeing photos of these guys together? Or do some of them come as a bit of a surprise? Scroll down to find out more… 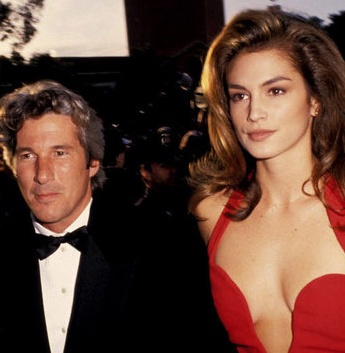 Supermodel Cindy Crawford first met the American Gigolo (1980) actor during a barbecue at photographer Herb Ritt’s house in 1987. It sounds like more than a few famous names were wandering around the house, including Jack Nicholson and Anjelica Huston. Cindy later recalled that ‘There were a lot of really cool people there. I was like, “Wow! Jack Nicholson!”‘ It was still all new to me.’

However, it was handsome older man Richard who really caught her eye, and the pair wasted no time in getting serious. ‘We pretty much started dating right away,’ she said. ‘When I was with him, that’s when I was becoming well-known as well.’ The celebrity couple got married four years later, but the union didn’t last long. They divorced in 1995, with Cindy blaming the 16 year age gap on their eventual separation. 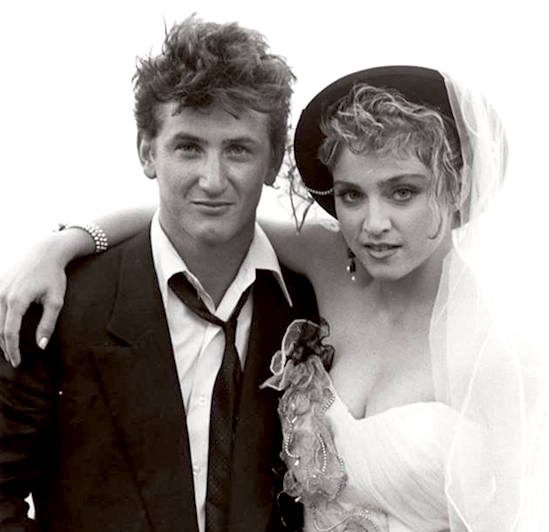 This tumultuous pair got married in 1985, but the union was far from a match made in heaven. In fact, Madonna actually predicted that they would divorce before they had even made it to the altar! She said that they were too similar – both Madonna and Sean had famously fiery tempers and were extremely stubborn, which probably isn’t the greatest recipe for a successful union. Penn was also fiercely protective of his wife and coupled this with a jealous streak that often ended in violence.

He once punched one of Madonna’s friends in a New York nightclub after he mistakenly thought the pair were kissing. After attacking two photographers he was eventually sentenced to 60 days in jail – another red flag for the Like A Virgin singer.

Rumours also circulated about Sean’s alleged domestic abuse, with one particular incident involving a baseball bat apparently sending Madonna to the emergency room. However, it’s unclear whether these allegations are true. Years later, Madonna issued the following statement: “While we certainly had more than one heated argument during our marriage, Sean has never struck me, ‘tied me up,’ or physically assaulted me, and any report to the contrary is completely outrageous, malicious, reckless, and false.”

Despite these issues, the pair are still on good terms today. Their marriage ended in 1989 after four years together, but the couple remain good friends. 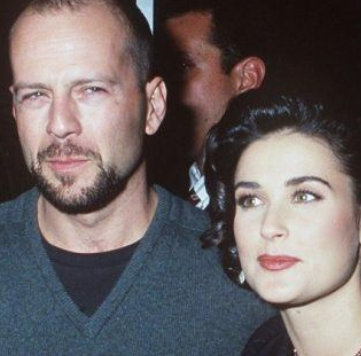 Bruce and Demi were married for thirteen years from 1987 to 2000. Between them they starred in some of the most popular films of the 80s and 90s, including Die Hard (1988), Ghost (1990) and Pulp Fiction (1994). However, their marriage was always rife with rumours of infidelity. Bruce was linked to younger co-stars Liv Tyler and Milla Jovovich, whilst Demi is rumoured to have enjoyed a fling with Leonardo Di Caprio.

Eventually the media attention and conflicting schedules became too much and the marriage ended in divorce. They had three daughters together – Rumer, Scout and Tallulah. 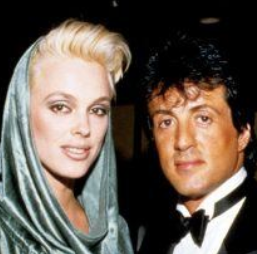 Sly Stallone will forever be remembered for his performances in the iconic Rocky series, and his starring turn in action thriller Rambo (1982). During the 80s he married another famous face – Danish-Italian model Brigitte Nielsen.

Stallone left his wife of seventeen years for the younger woman and the media subsequently labelled Brigitte a gold-digger. The two acted opposite one another in the 1986 film Cobra but their union ended after fourteen months – Brigitte later admitted that at 19 years old, she was far too young for marriage. 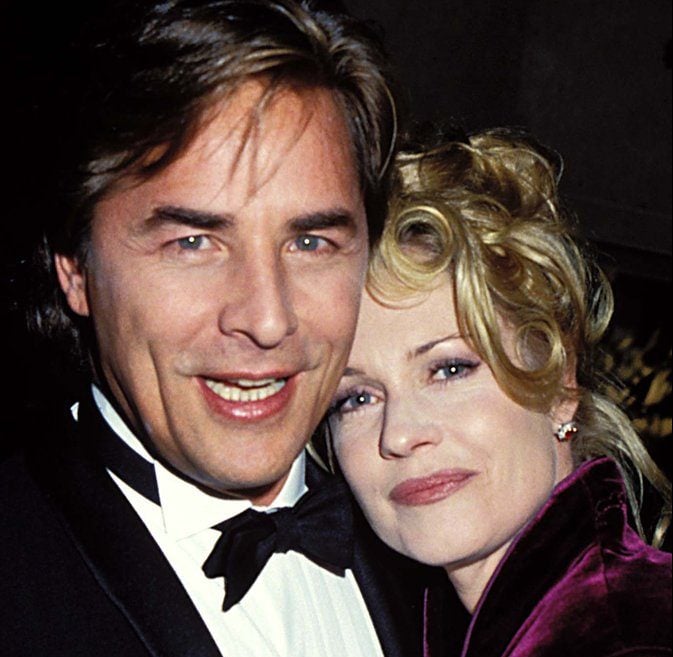 This famous couple first married in the 1970s, before rekindling their romance and marrying again in 1989. Their second union lasted seven years and they had a daughter together, actress Dakota Johnson.

The pair remained good friends and still feature on magazine covers and do interviews together to this day. 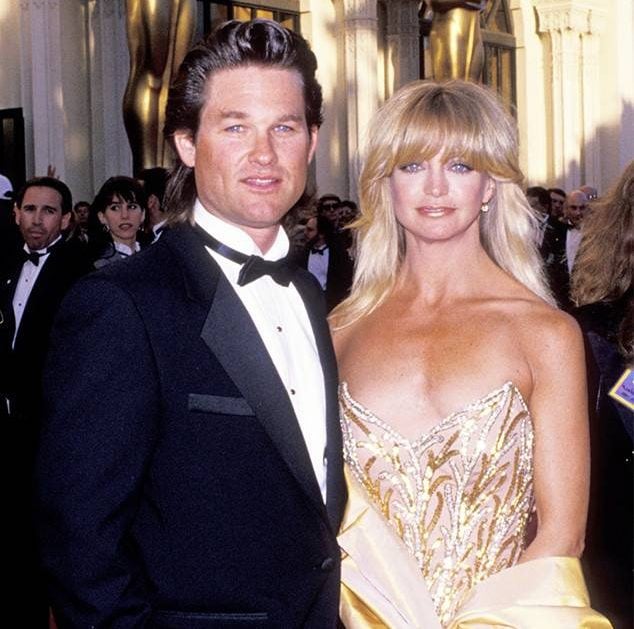 Hawn was an Academy Award winner for her memorable performance in rom-com Cactus Flower (1969), whilst Russell became an instant hit with his role in 80s dystopian action film Escape From New York (1981). The pair first met when they were only 21 and 16 respectively, before later reuniting during a casting call for the 1983 film Swing Shift.

The pair instantly hit it off – Kurt later admitted that his opening line was “Man, you’ve got a great figure!” Despite his questionable chatting up skills, the pair started dating and have remained together ever since. They’re still going strong after over 35 years as a couple. 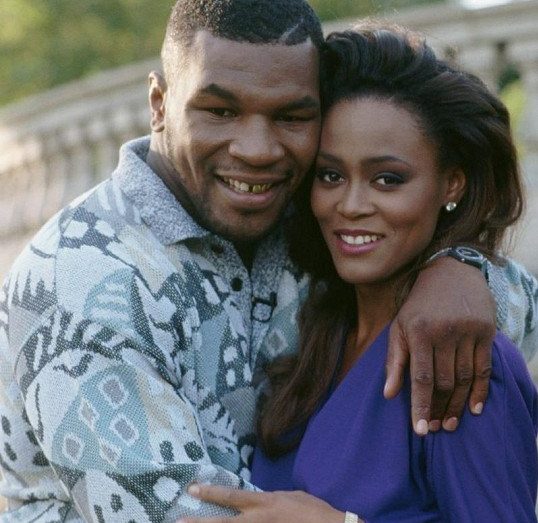 The world heavyweight boxing champion married actress Robin Givens after only 11 months together. Tyson was just 22 years old whilst Robin was 24, but the pair decided to tie the knot after Robin announced that she was pregnant. Unfortunately, the marriage was destined to fail from the start. Rumour has it that Robin and her money-hungry mother were clearly more interested in Tyson’s bank account whilst a particularly awkward live interview with Barbara Walters appeared to reveal a darker side to the boxing champion.

Givens claimed out of the blue that she was scared of her husband. “He shakes, he pushes, he swings,” Givens said. “Just recently I have become afraid. I mean very, very much afraid.” The now-infamous TV appearance was a death knell for their marriage and the pair divorced on Valentine’s Day, 1989. 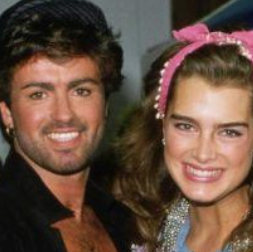 OK so maybe they weren’t a power couple, but they were still a very famous pairing in the mid-80s. Most people remember the infamous public bathroom incident which led George Michael to come out as gay in 1998. However, he kept his sexuality a secret for many years, and during that time he dated some famous female stars. One of these women was none other than Brooke Shields, who was still a virgin at the time.

She wrote in her memoir that she thought she had found true love with George. She found him to be “a remarkable, respectful and patient gentleman who was obviously aware of my hesitance regarding sex.” The pair dated in 1985 before calling it quits later that year. 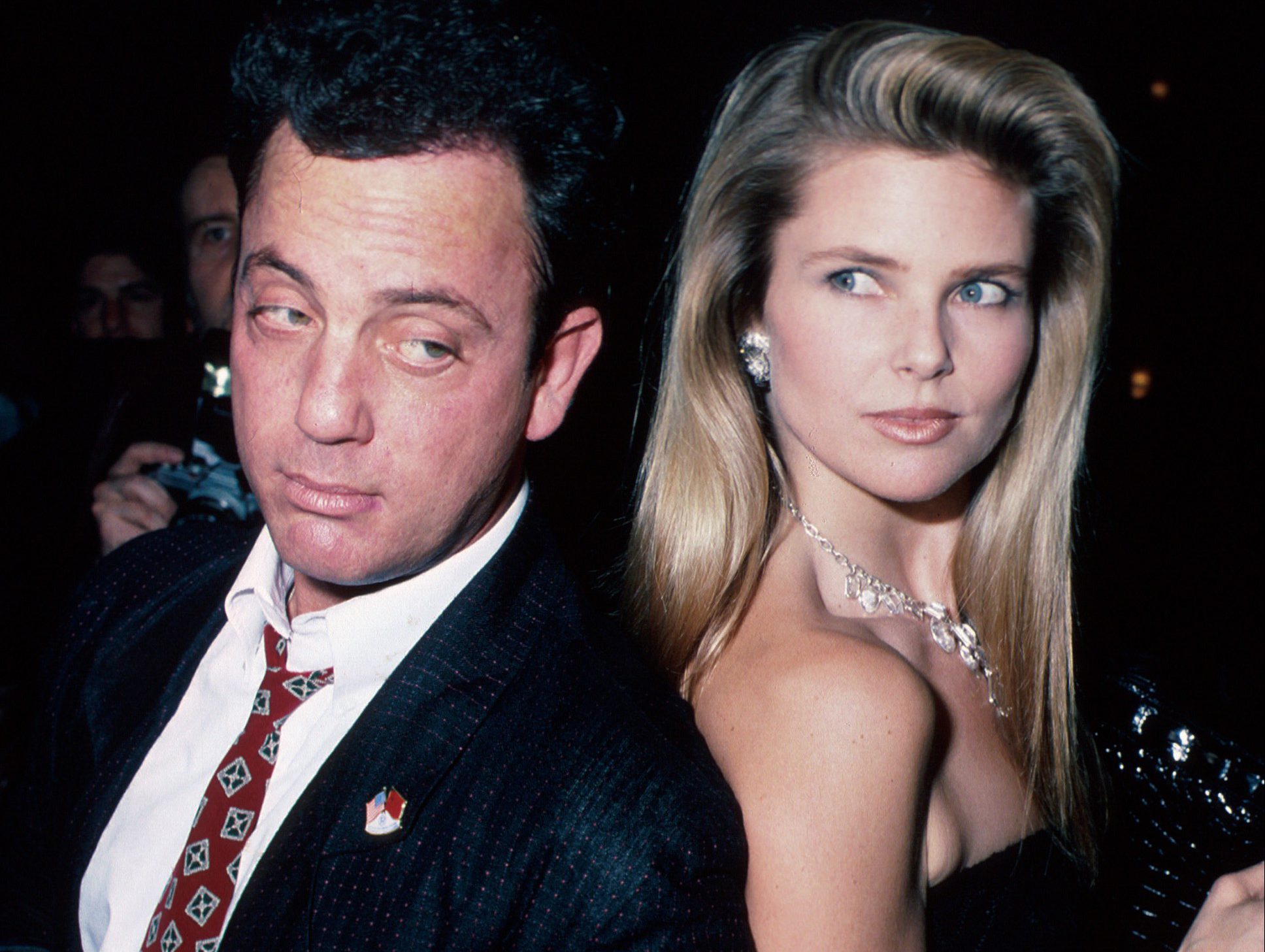 Supermodel Christie Brinkley and musician Billy Joel got together in the early 80s, before marrying in 1985. He famously wrote his 1983 hit ‘Uptown Girl’ about Brinkley and she even featured in the official music video for the song. Unfortunately, as with his earlier marriages, Joel was touring constantly, meaning that the couple spent a lot of time apart. They eventually split in 1993 after rumoured infidelities on Billy’s part, something he still denies to this day.

Fortunately, the pair are still friends and share a daughter together – Alexa Ray Joel. 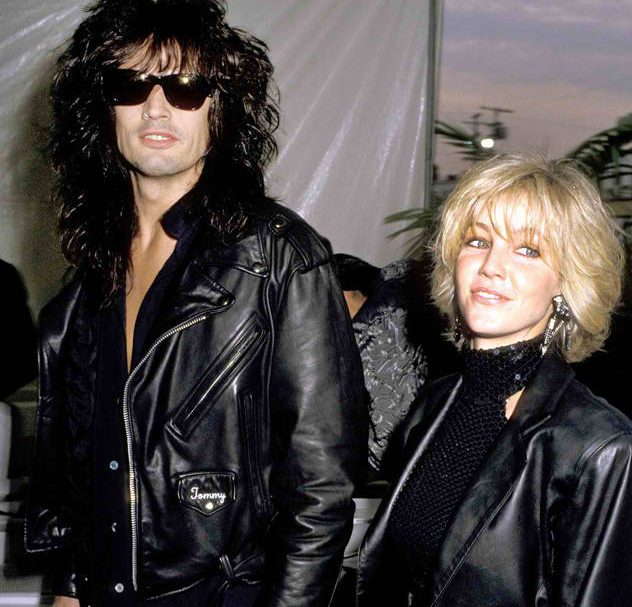 Before Tommy Lee’s infamous marriage to Baywatch star Pamela Anderson, he was actually married to Dynasty actress Heather Locklear. The couple wed in 1986 and divorced seven years later in 1993.