In 1980, prolific supporting actor Harry Dean Stanton fell head-over-heels in love with Rebecca De Mornay. While playing minor roles in Francis Ford Coppola’s musical movie One from the Heart, the pair would become an item – an unusual partnership given that De Mornay, a glamorous ‘It’ girl then in her early 20s, was over 30 years the then-55-year-old Stanton’s junior.

De Mornay would later have an affair with Tom Cruise, her co-star in her breakout movie Risky Business (1983), leaving Stanton heartbroken and ending one of the more unlikely celebrity romances of the 80s. De Mornay and Cruise’s relationship would be short-lived, however, while De Mornay and Stanton would remain deeply affectionate in the years up to Stanton’s death in 2017. 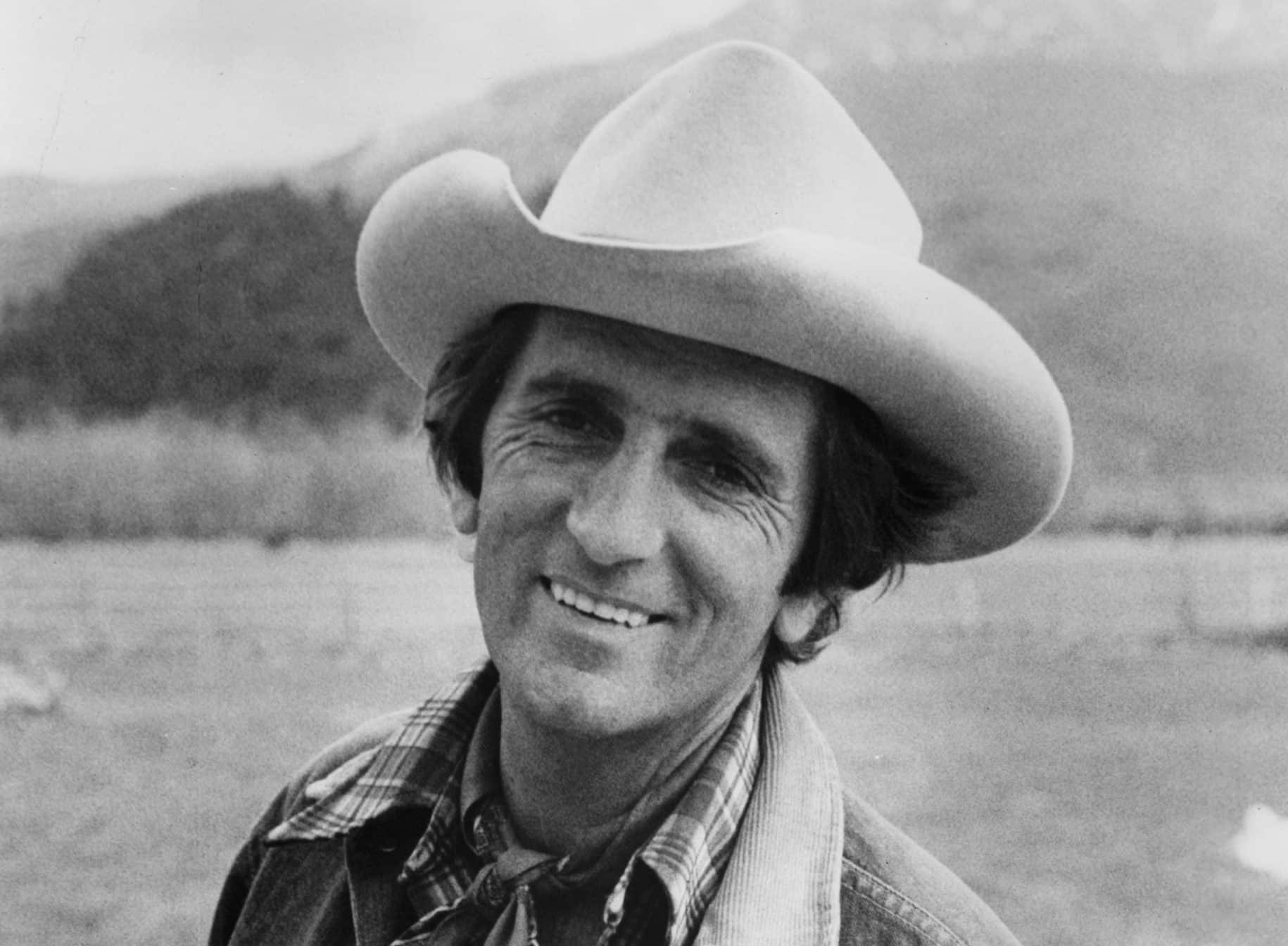 Eternally the supporting character, Harry Dean Stanton starred in over 200 movies and TV shows over his six-decade-long career. Born in Kentucky in 1926, he served in the US Navy during World War II before appearing in small roles in countless hit films, including Cool Hand Luke (1967), The Godfather Part II (1974) and Alien (1979).

In the early 80s, Stanton was offered the minor role of Moe in the musical One from the Heart. The film, written and directed by Francis Ford Coppola, was an extravagant affair, with a then-hefty budget of $23 million and the famed Gene Kelly hired as a dance consultant. 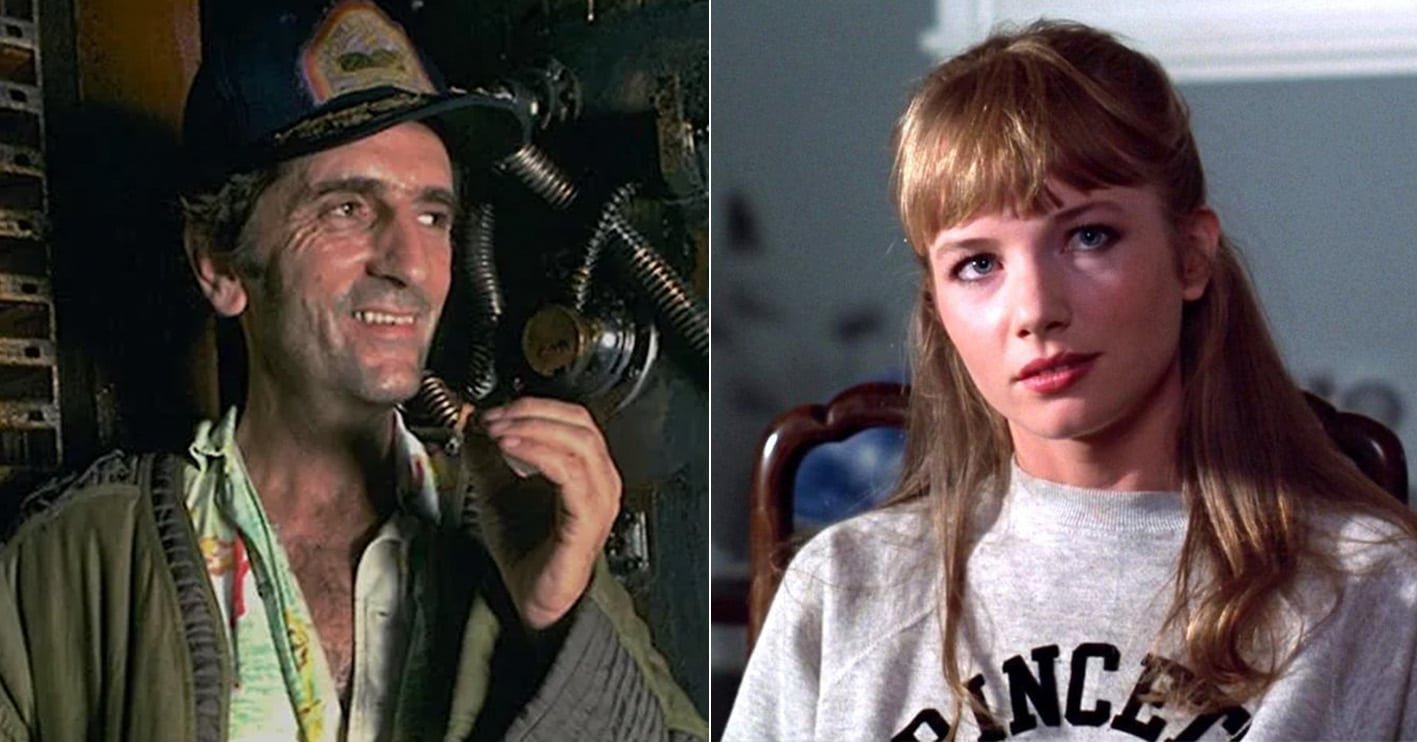 “He hit on me, and I was 33 years younger than him,” De Mornay has since recalled of Stanton. “He had a great pickup line: ‘Do you believe in magic?'”

De Mornay was struck by Stanton’s personal warmth and kindness. “He really is asking and really is listening to whoever he’s talking to,” she has said of his off-stage persona. “Most people ask questions but don’t really care about the response. That was the first thing I recognised about Harry Dean.”

“We got to know each other for five months on the Francis Coppola shoot, but we were just platonic,” she has clarified. “When the movie was over, I fell in love with him.” De Mornay and Stanton began a romance and became inseparable.

Soon after One from the Heart, Mornay landed her first lead role: she was booked to play a call girl named Lana in the teen sex comedy Risky Business. Her on-screen love interest was played by Tom Cruise, whose career was then on the rise. 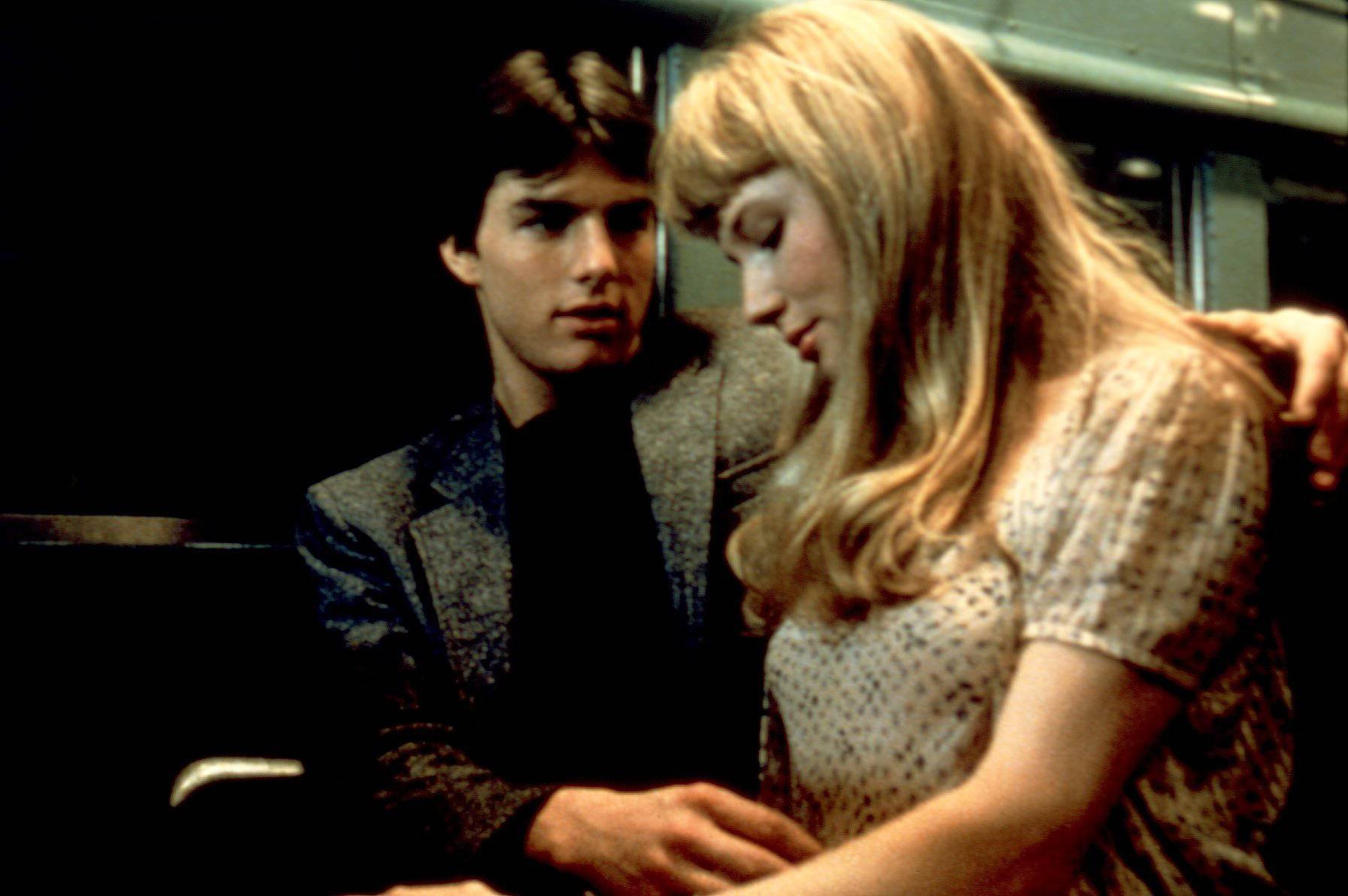 Says De Mornay and Cruise’s Risky Business co-star Curtis Armstrong in his autobiography, Revenge of the Nerd, Cruise was on an unstoppable trajectory following the films Taps (1981) and The Outsiders (1983): “[he] possessed an absolute and voracious ambition… that suggested that anyone who stood in his way, or underestimated him in any way, did so at his or her own peril.”

Behind the scenes on Risky Business, Cruise spent hours partying with his close friend Sean Penn. Armstrong has claimed that Penn joked about Cruise having a crush on De Mornay, telling him, “Just tell her either she f***s you or she’s off the picture.” (Penn has strongly denied this claim through his publicist.)

In a 2018 interview with Celebrity Page, De Mornay said that she found Tom Cruise “extremely annoying” when she first met him, but “he came to grow on me”. As their on-screen sexual antics took off, De Mornay and Cruise became close behind the scenes. 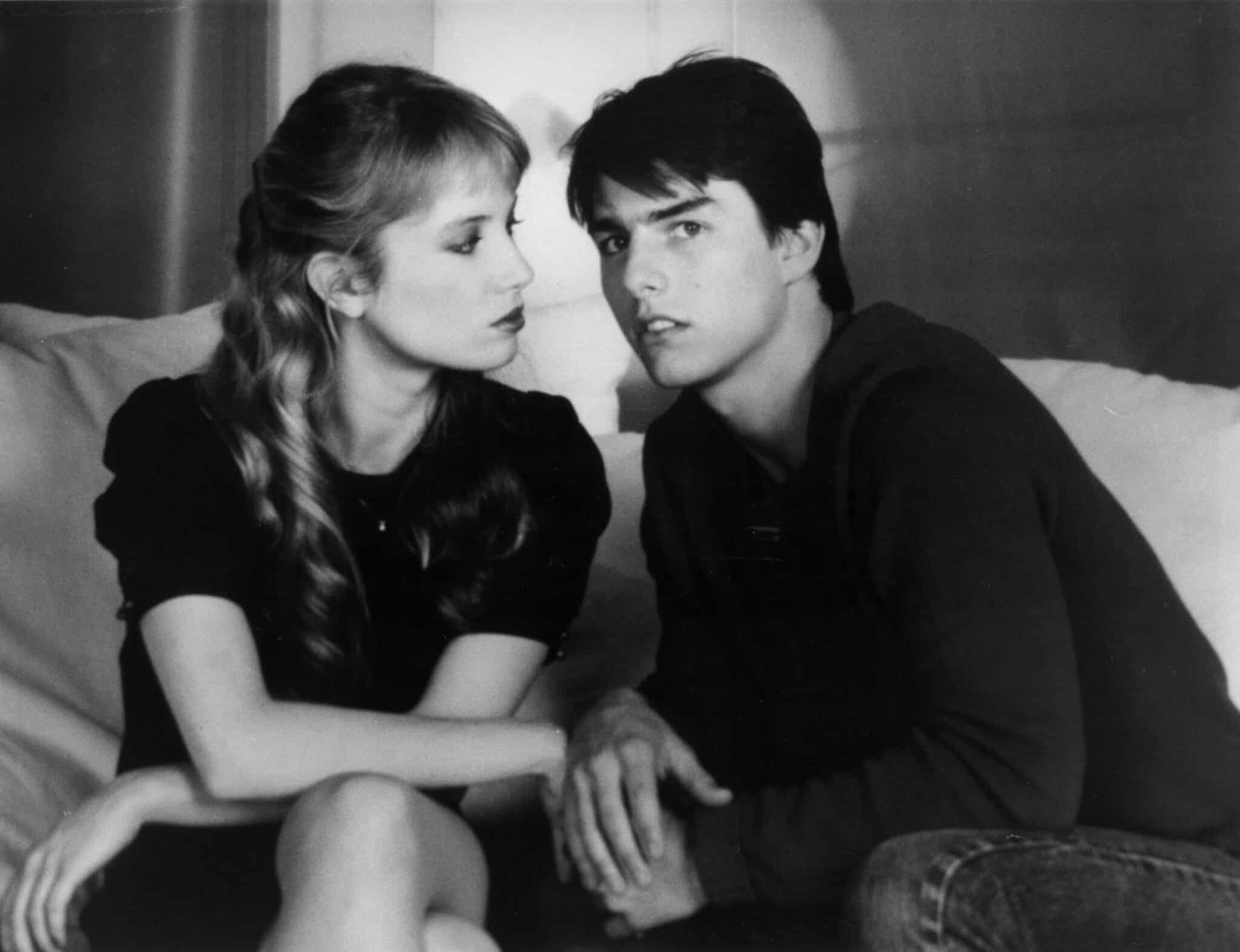 Says Armstrong: “It’s no secret that Tom engaged in an intense affair during the shooting with De Mornay. Their romance was some time aborning. Part of the delay was caused by the presence of Harry Dean Stanton”.

According to Armstrong, Stanton stayed in the same hotel as the Risky Business stars during filming, and would swim lengths of the hotel swimming pool while waiting for De Mornay to come home. “I suspect that most of Harry Dean’s great qualities were lost on Tom, who, I think, was beginning to regard him as a guest overstaying his welcome.”

Stanton himself may not have been entirely loyal to De Mornay during their relationship. In a 2016 speech, Anjelica Huston mentioned in front of both Stanton and De Mornay that she once spent a drunken night in Stanton’s bed after a Bob Dylan concert. 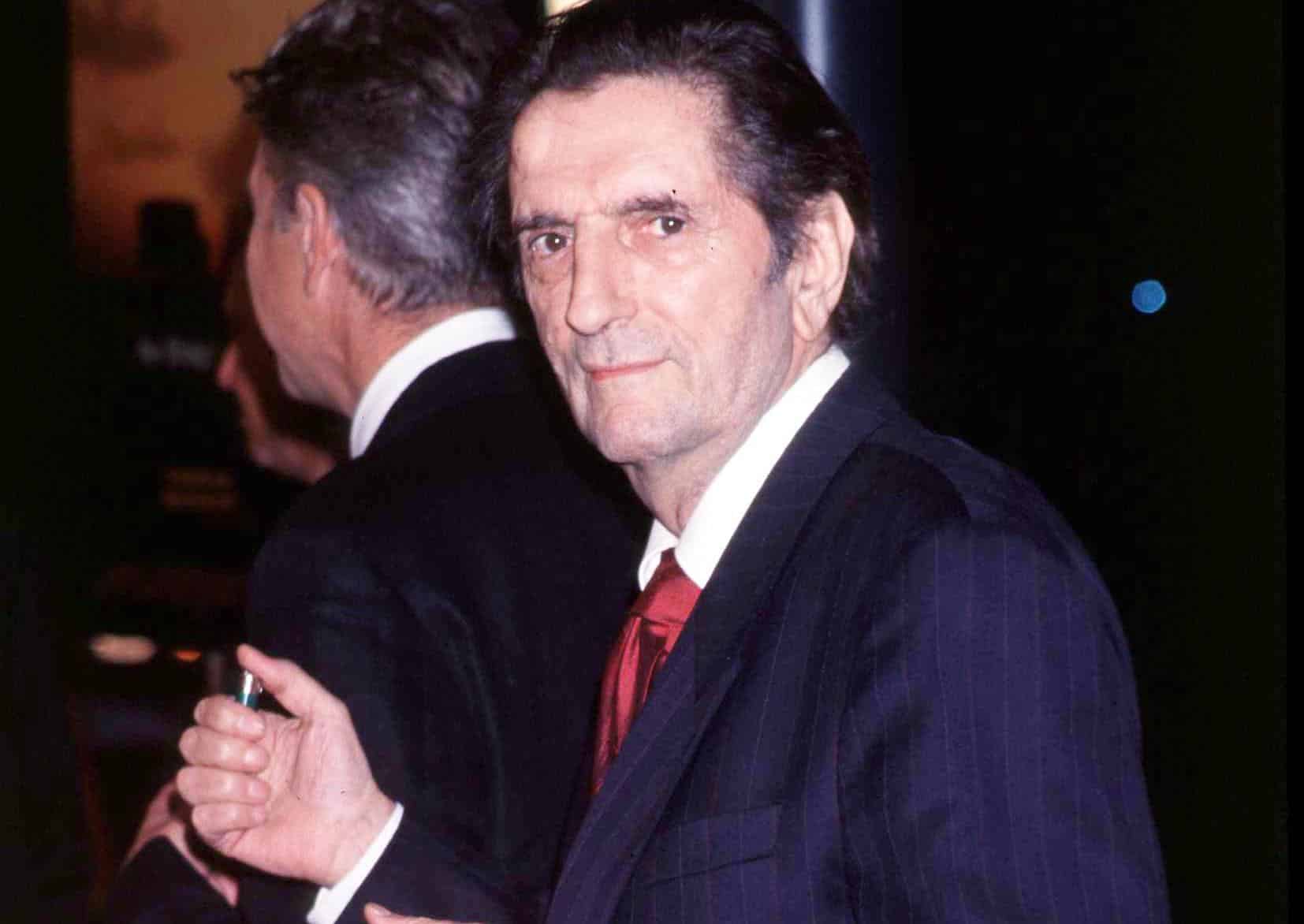 Cruise, too, was reportedly seeing other women during his fling with De Mornay, with long lines of girls appearing outside his hotel door. But De Mornay made her choice: she split up with Stanton and began dating Cruise officially after Risky Business was released in cinemas. Cruise and De Mornay would stay together for over two years. After they broke up, Cruise struck up a relationship with Cher.

De Mornay has spoken candidly about her split from Stanton: “Harry got really angry and flew to Chicago, where we were filming Risky Business… He went to the hotel and pounded on Tom’s door. I [have since] asked, “Harry, what would you have done if Tom had answered?” Harry said, ‘You know? I don’t know.'”

Stanton remained private about his romantic life in later years, and he never married. “I might have had two or three [kids] out of marriage,” he once told The Washington Post. In the summer of 1985, he was spotted attending Madonna and Sean Penn’s wedding with a Playboy Bunny as his date. 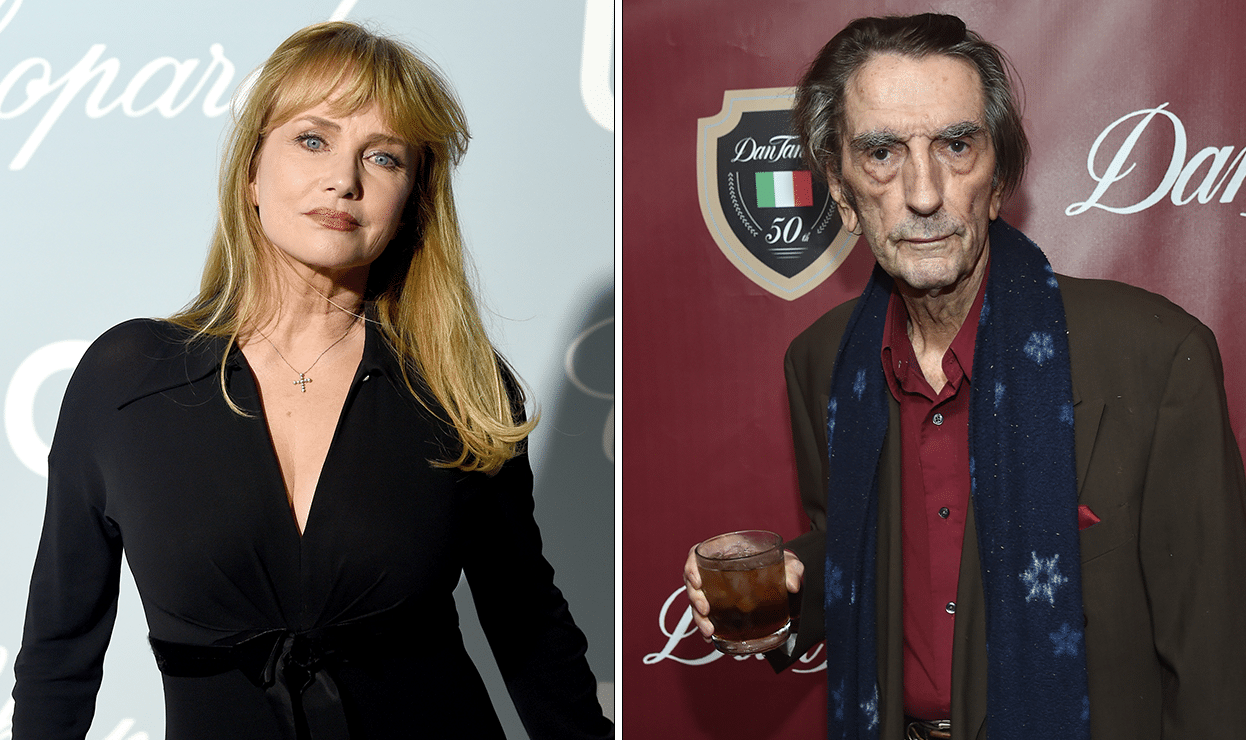 In a 1985 interview, Stanton spoke of his attraction to younger women. “I’d gladly marry a woman 30 years younger than I am. I feel more comfortable with people in their 20s than with people my own age. There’s less bulls***, and I have a tremendous amount of energy.”

As soon as she broke up with Cruise, De Mornay reconnected with Stanton and the pair were close friends until his death. “Harry Dean and I are best friends, and Tom and I don’t talk,” she said in 2017. “He lets you completely in, when he loves you,” she said. “He’s biologically unable to lie. To be an actor is to not act. He was born to be an actor. He doesn’t know how to not be honest, and that’s also the trouble.” 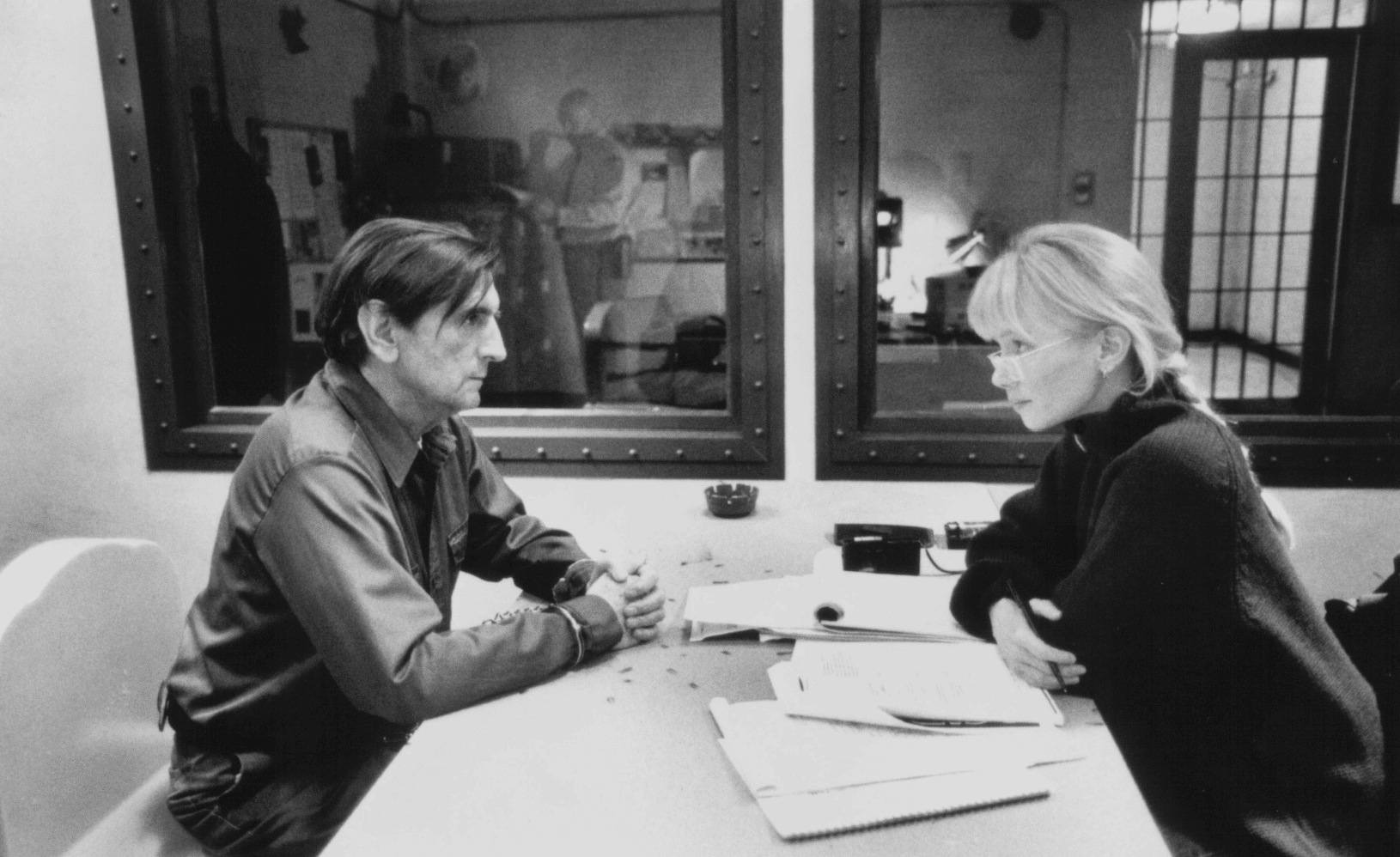 De Mornay has attributed the end of her relationship to Stanton not to Tom Cruise or the age gap, but to respect issues. “Harry Dean went on to become one of the greatest, strongest friends in my life,” she elaborated. “The friendship was great, but the relationship of a man trusting, loving, and really respecting a woman was something he had problems with.”

“He suddenly realized his mistake, right when I left him,” she added. “He had this awakening and realized I wasn’t a villain. He became my closest friend, coincidentally, right after I broke up with Tom two-and-a-half years later.”