June is officially Pride Month! Lesbian, Gay, Bisexual and Transgender Pride Month (LGBT Pride Month) is currently celebrated each year in the month of June to honor the 1969 Stonewall riots in Manhattan. The Stonewall riots were a tipping point for the Gay Liberation Movement in the United States.

To celebrate, here we look at the most prominent LGBTQ+ celebrities of the 80s! 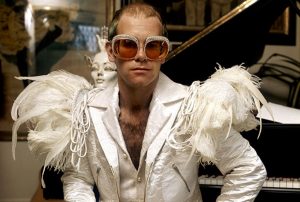 Elton John (real name Reginald Dwight) is arguably perhaps the most popular gay musician in the world. He first came out as bisexual in a 1976 interview with Rolling Stone, but it wasn’t until 1988 that he announced he was comfortable being gay. He has been in a relationship with his longtime partner, David Furnish, since 1993. The couple have two children together.

His best known hits include ‘Rocket Man’ and ‘Candle in the Wind.’ 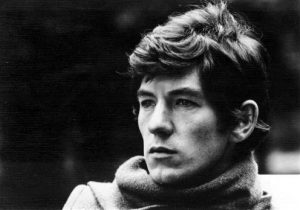 Ian McKellen is one of Britain’s most beloved actors. He’s been in more movies than we’ve had hot dinners. The most notable are ‘The Lord of The Rings’ and ‘Hobbit’ trilogies as Gandalf and in ‘The X-Men’ as Magneto.

He came out to the public in 1988 in an interview with BBC Radio 3. He is a co-founder of the LGBT rights group Stonewall. 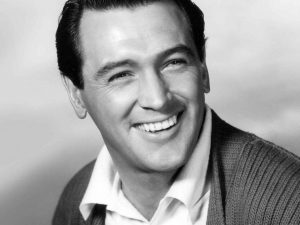 Rock Hudson didn’t come out publicly until 1985, when it was revealed he was suffering from HIV and died later that year. He was viewed as a prominent “heartthrob” of the Hollywood Golden Age, he achieved stardom with roles in films such as Magnificent Obsession (1954), All That Heaven Allows (1955) and Giant (1956), and found continued success with a string of romantic comedies co-starring Doris Day in Pillow Talk (1959), Lover Come Back (1961) and Send Me No Flowers (1964). 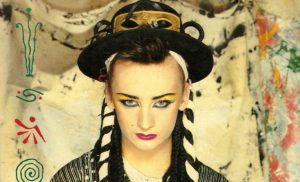 The musician Boy George was openly gay throughout the 1980s. He criticised fellow musician George Michael for pretending to be a “ladies man” during that time.

Boy George is known for his hits such as ‘Karma Chameleon’ and ‘Do You Really Want to Hurt Me.’ 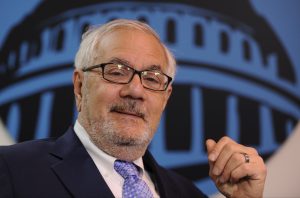 In 1987, Massachusetts Senator Barney Frank became the one of the first United States Congressman to come out as gay. In 2012 he married his partner, Jim Ready. 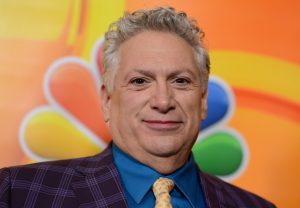 Actor and playwright Harvey Fierstein was openly gay as he rose into stardom in the 1980s. He won two Tony Awards for his Broadway play Torch Song Trilogy in 1982. 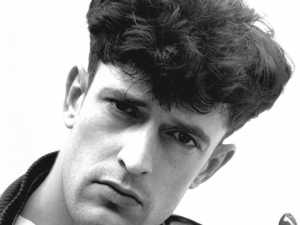 Rupert Everett is a well-known English actor and writer. He first came to the public attention when he was cast in Julian Mitchell’s play and film, Another Country as an openly homosexual pupil at an English public school.The role earned him is first BAFTA Award nomination.

Rupert Everett came out to the public as gay in the late 80s. Everett has stated that he does not think that coming out was the best career decision. 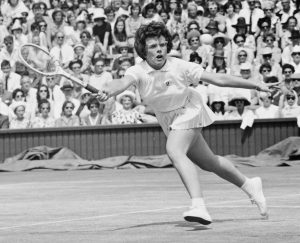 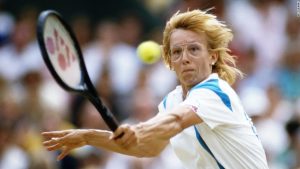 Another world champion tennis star, Martina Navratilova came out publicly as gay in 1981. She is an outspoken advocate of LGBT rights. 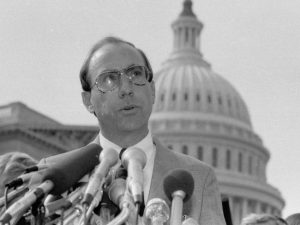 Congressman Gerry Studds publicly acknowledged that he was gay in 1983, after he was suspected of having a sexual relationship with an underage page. Studds was the first openly gay member of Congress. 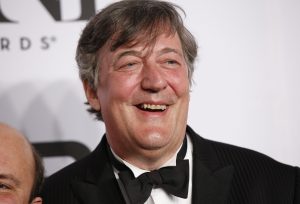 Openly gay comedian and national treasure, Stephen Fry, gained fame in the 1980s writing and performing comedic revues for the BBC. He wrote with Hugh Laurie and Emma Thompson. He is also known for his film roles, playing Oscar Wilde and The Cheshire Cat in Tim Burton’s ‘Alice in Wonderland.’