“5, 4, 3, 2, 1, Thunderbirds are go!” went its memorable introduction, and despite it first airing all the way back in 1965, we always sat patiently waiting for lift-off whenever this classic TV show was repeated on television during our 1980s childhood.

Created by the late husband and wife duo Gerry and Sylvia Anderson using puppets and scale models, Thunderbirds followed an organisation called International Rescue as they used their advanced land, water, air and space vehicles to save lives all around the world.

Below are 10 fascinating facts about one of the most popular and influential British TV shows of all time.

10. It was inspired by a real-life German mining disaster 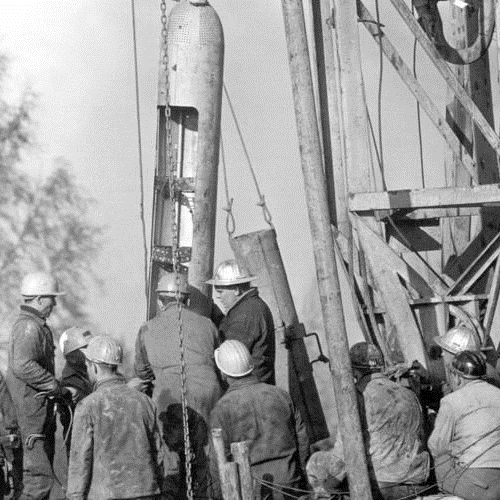 Gerry Anderson’s main inspiration for Thunderbirds was a 1963 West German mining disaster that became known as the ‘Miracle of Lengede.’

After 11 trapped miners were rescued when an escape shaft was dug using a heavy duty drilling vehicle, Anderson came up with the idea of an international rescue organisation that could travel quickly over long distances to save lives.

9. Gerry Anderson changed the show’s name after receiving a letter from his brother 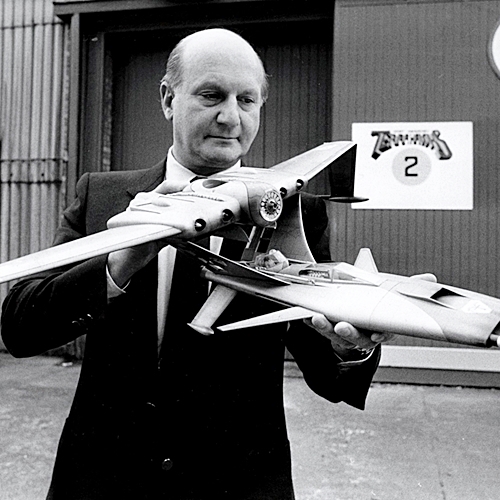 Gerry Anderson had originally planned for the show to be called International Rescue, but changed his mind after a letter from his brother Lionel gave him an idea for a “punchier” title.

Lionel Anderson, who was serving overseas as an RAF sergeant during World War II, made reference in his letter to Thunderbird Field, a US Army Air Forces base that was located close to where he had been stationed. 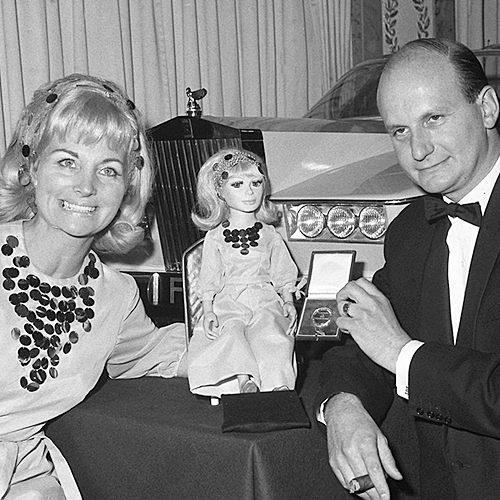 Looking to create a more family-friendly follow up to their previous puppet-based show Stingray, Gerry and Sylvia Anderson travelled to their Portuguese holiday villa to begin the process of writing Thunderbirds.

According to Sylvia, she would write the scenes that showed the characters interacting, whilst her husband Gerry would pen the always brilliant action sequences.

7. The Tracy brothers were named after the first American astronauts 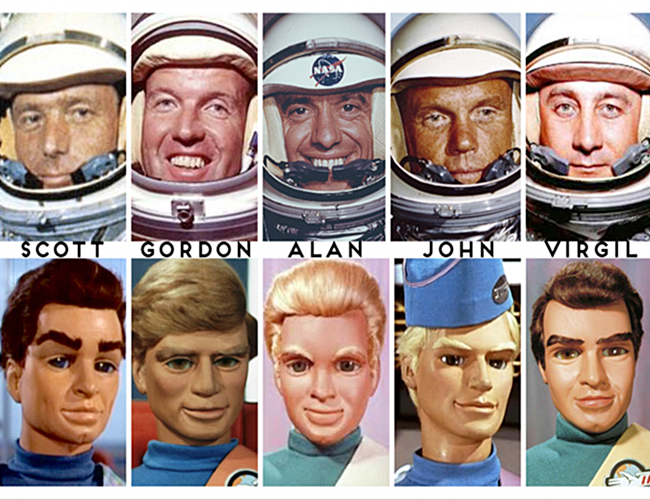 The Mercury Seven were a group of seven astronauts that were selected to fly spacecraft for Project Mercury, the United States’ first ever spaceflight programme.

6. The puppets were made up of more than 30 individual components 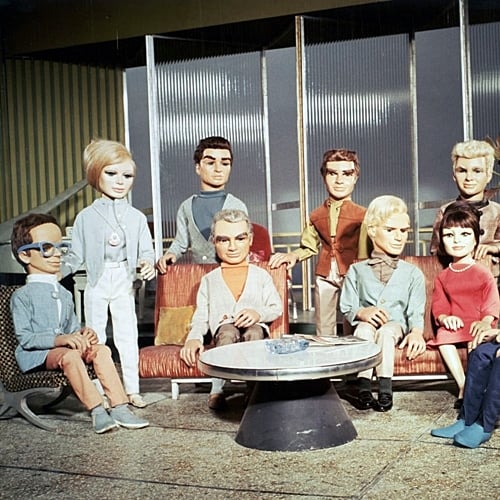 The show’s puppets, which cost approximately £300 each to make (about £6,500 today), were a third of the size of an average adult at around 55cm in height.

Each puppet was made up of more than 30 individual components, with replacement heads giving them a number of different expressions such as a ‘smiler,’ a ‘frowner’ and a ‘blinker.’

5. The puppets’ faces were all designed to resemble celebrities 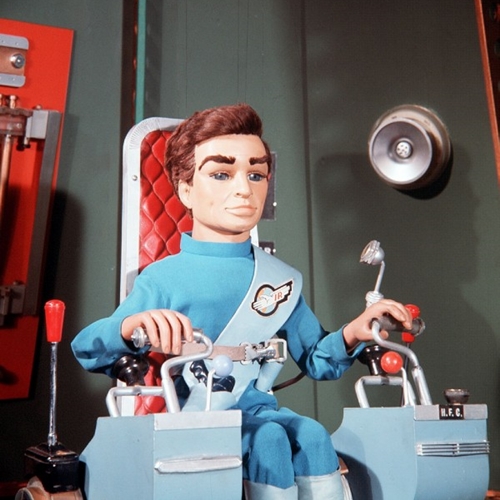 In an attempt to give the puppets faces that were more natural than the caricatured offerings seen in their previous shows, the Andersons based the Thunderbirds characters on a number of different real life celebrities.

For example, the face of Scott Tracy was based on the late Sean Connery, whilst John’s look was said to have been a mixture of 1960s teen idol Adam Faith and Hollywood actor Charlton Heston.

4. The show was cancelled after it failed to find an audience in the United States 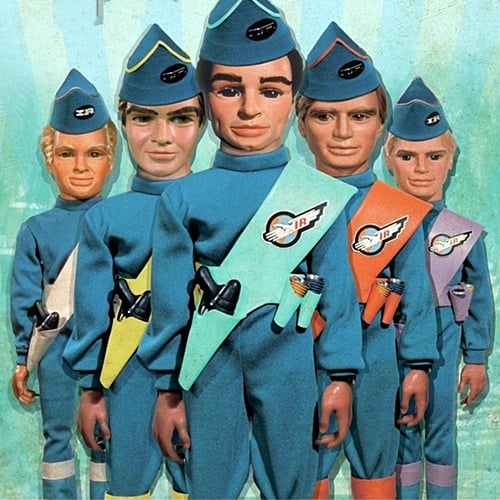 Thunderbirds ran for 32 episodes over two series, and was cancelled after its creators failed in their attempts to sell it to a US TV network.

Despite its failure across the pond, Thunderbirds is still known for being Gerry and Sylvia Anderson’s most commercially successful show, having been broadcast in at least 66 different countries.

3. It was followed by two feature-length films, a live action film and a stage show 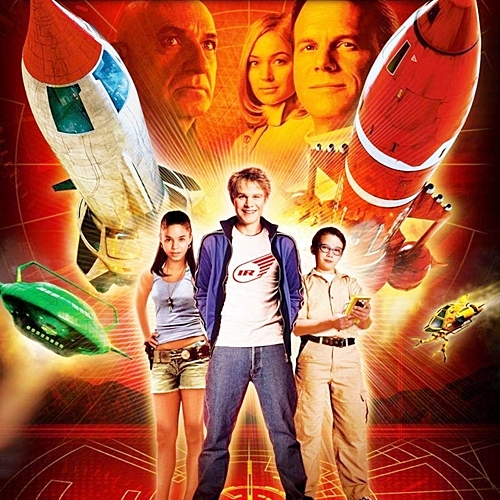 Two Thunderbirds film sequels called Thunderbirds Are Go and Thunderbird 6 were released in 1966 and 1968 respectively. Both were unpopular with critics as well as box office failures.

A 2004 live action Thunderbirds film, which was described by Gerry Anderson as “the biggest load of c**p I have ever seen in my entire life” was also a massive box office bomb, making back just $28 million of its $57 million budget.

2. Captain Scarlet was far more popular in the United States 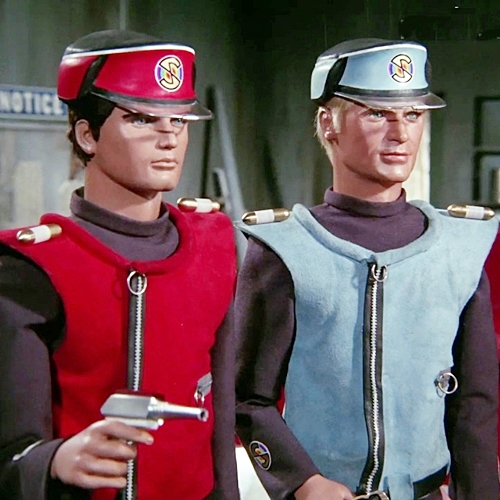 After Thunderbirds failed to find an audience in the United States, the Andersons were keen to make their next show one that would appeal to an American audience.

The show in question was Captain Scarlet and the Mysterons, which featured far darker themes of alien aggression and interplanetary war.

1. A Thunderbirds remake is still being shown on children’s television 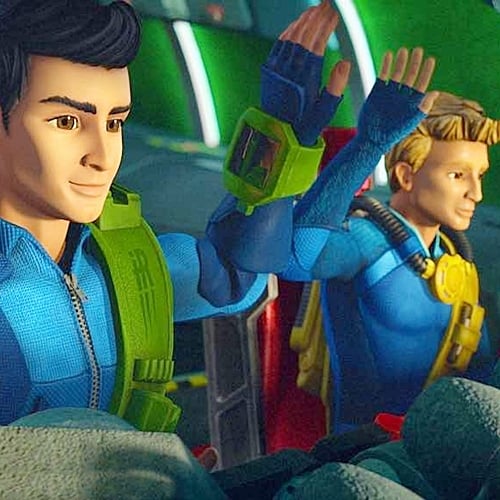 If you’re looking to introduce the young people in your life to the wonders of Thunderbirds then you could do worse than showing them Thunderbirds Are Go, the second of two modern day TV remakes.

The computer-generated Thunderbirds Are Go ran for 78 episodes over three series, which is more than twice as long as the original puppet-based masterpiece lasted during the 1960s.