Count Duckula was one awesome cartoon. The series followed the adventures of a vegetarian vampire duck who had no fangs – his favourite food was broccoli sandwiches! Despite his name, Count Duckula was arguably more interested in eating a couple of juicy carrots rather than hunting down victims and sucking their blood. 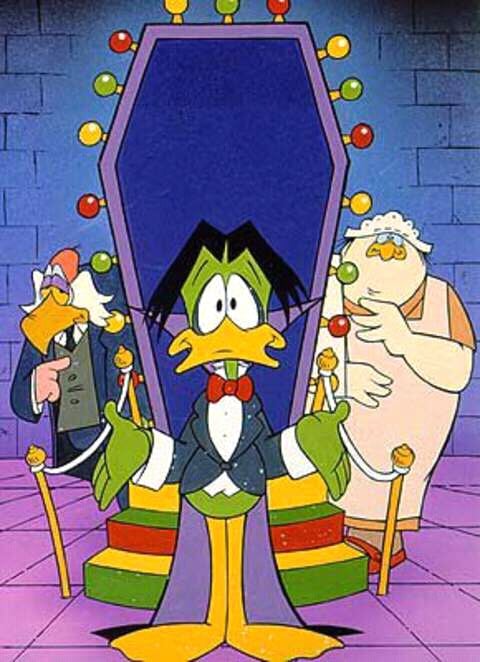 Count Duckula was aired on ITV from 1988 to 1993, with four series and a total of sixty five episodes. The animated comedy/horror was created by Cosgrove Hall Films and produced by Thames Television.

Count Duckula was voiced by David Jason, who gave Duckula an American accent. Duckula lived in Castle Duckula with his butler Igor (voiced by Jack May), who wanted to turn his vegetarian boss into a proper vampire.

Then of course there was the extremely clumsy Nanny (voiced by Brian Trueman), who would often walk through walls rather than opening the door! Nanny was the housekeeper who looked after her little ‘Ducky-Boos’ a lot – she was very motherly and would sometimes hug Duckula so tightly that he’d be gasping for air! 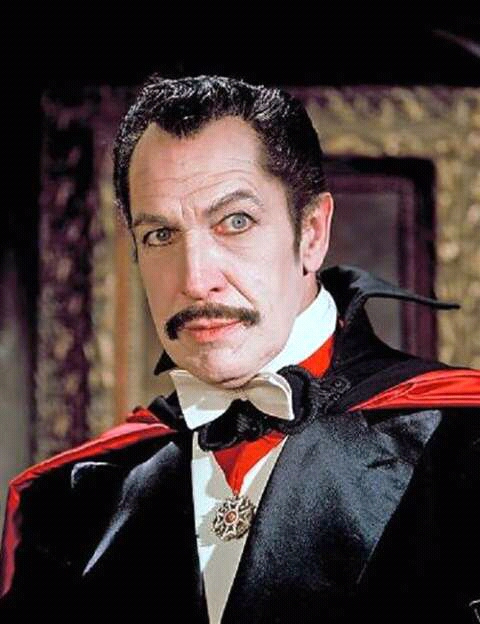 When veteran horror film actor Vincent Price (pictured above) heard about the Count Duckula cartoon, being an expert on vampires he made sure to tune in to a couple of episodes.

Apparently he was outraged that his famous on-screen horror voiceovers were being parodied. Oops! 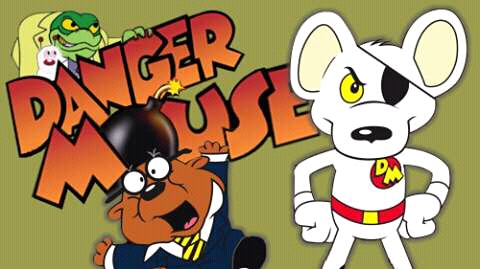 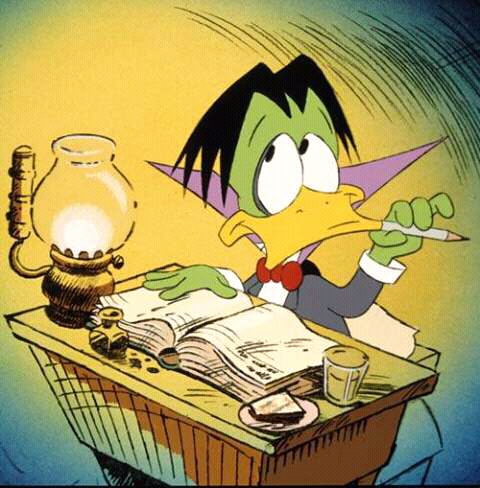 As veteran actor David Jason did the voice for Count Duckula, the look of the character was based on Jason.

Of course, Jason is best known for his role as Derek Trotter in the excellent British comedy Only Fools And Horses, but did you know that David was also the voice of Danger Mouse too? 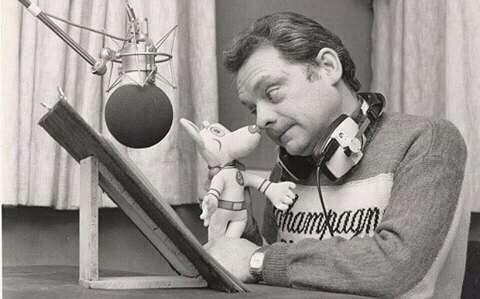 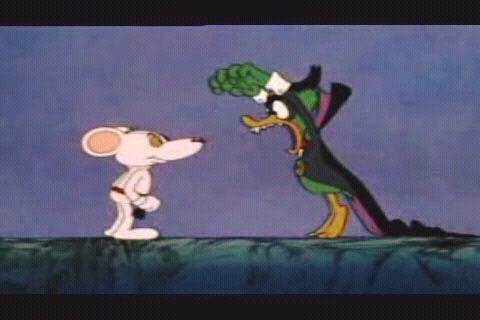 In Danger Mouse, Duckula is the same fame-obsessed duck that we know and love, who doesn’t seem to possess any kind of talent! But in the very same series, the famous count is not a vegetarian and he makes much more use of his vampire magic. 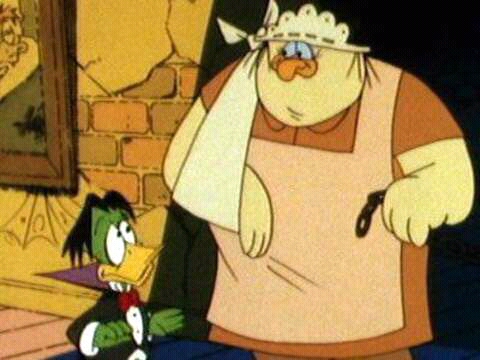 As we stated above, Nanny was ditzy, clumsy and not too bright – but she adored Duckula. It was said she was seven foot tall and had worked in Duckula’s family for generations.

Did you ever wonder why she always wore a sling on her right arm? Or why her arm never healed? It was revealed in a newspaper comic that Nanny wore the sling to cover up a tattoo. 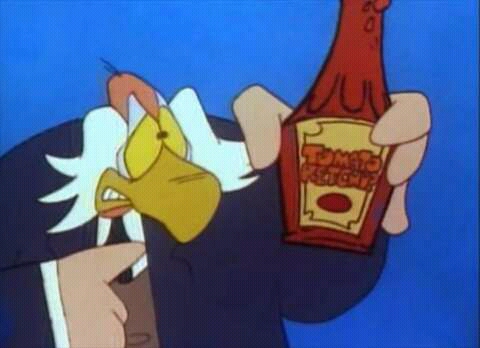 Igor had been the Butler for the Duckula family at Castle Duckula for thousands of years. When his original Master died, Igor decided to bring him back to life by pouring blood into his casket, which is only possible once every thousand years. 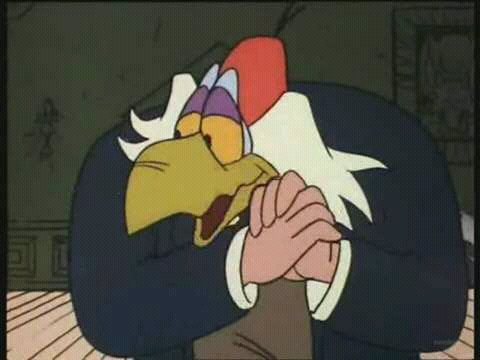 But ditzy Nanny gives him a bottle of ketchup by mistake, which didn’t bring back to life a blood sucking vampire, but rather a fangless, vegetarian, fame-seeking, duck vampire! 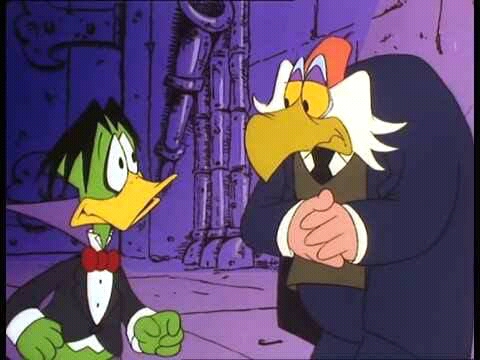 Igor was one miserable Butler, he disliked anything good and was really into anything which was associated with evil. He took joy in ruining any chance Duckula had of fame, or with the ladies. 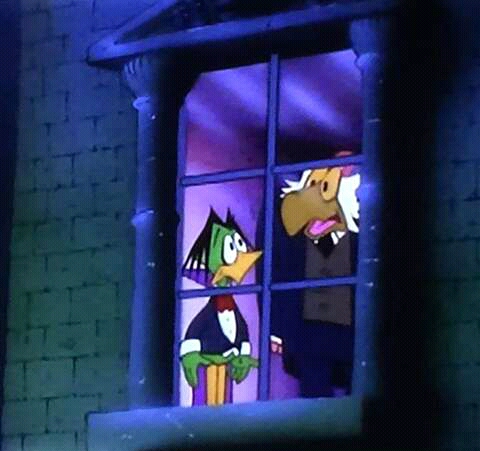 He didn’t like any form of celebrations or holidays – he even hated Christmas!

Igor became like Ebenezer Scrooge from Charles Dickens’s A Christmas Carol, and could often be heard saying the words ‘Bah humbug’ ! 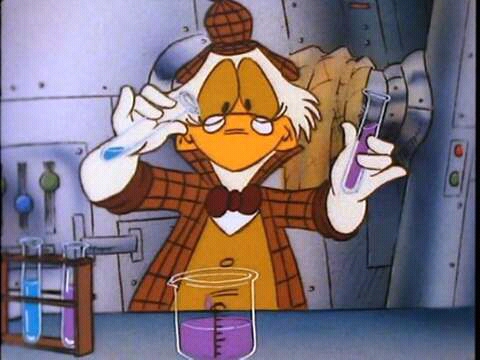 Of course, every great cartoon has a villain, and Count Duckula‘s main villain was Doctor Von Goosewing (voiced by Jimmy Hibbert) who hated Duckula and was always trying to kill him. One of Von Goosewing’s ancestors had killed one of Count Duckula’s previous incarnations.

But miserable Igor did protect Duckula against Doctor Von Goosewing.

Sometimes the Doctor wasn’t too clever. Once he had the perfect chance to kill Duckula, but realised he had left his weapon behind and told his enemy to wait while he went to fetch it! 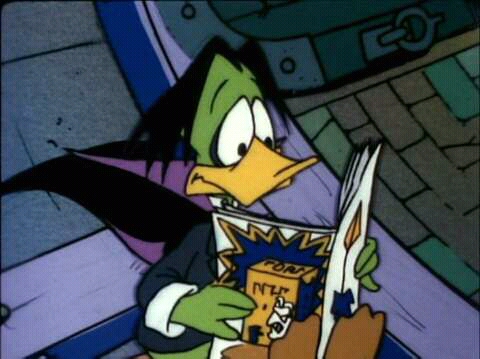 There was also a villain called The Egg, who never fully hatched from his egg, which made him very touchy – he hated to hear the word egg, as it offended him! 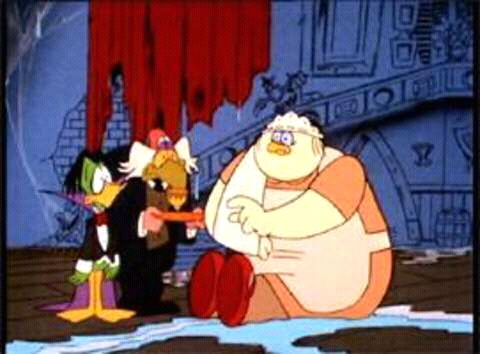 Count Duckula was a funny cartoon full of adventures, with plenty of hilarious villains and the irreplaceable Count Duckula who always dreamt of finding his fame.

This series really was a joy to watch for eighties kids everywhere.