The film industry and fans everywhere are mourning the loss of William Hurt, the esteemed American actor who passed away from prostate cancer on March 13, 2022, aged 71.

While respected and admired for his skill and gravitas, Hurt was a complex character with considerable skeletons in the closet; an early Oscar winner who shied away from the spotlight following addiction struggles and multiple accusations of abuse. Here are some facts about the late actor you might not have known.

10. His classmates at Juilliard included Robin Williams and Christopher Reeve 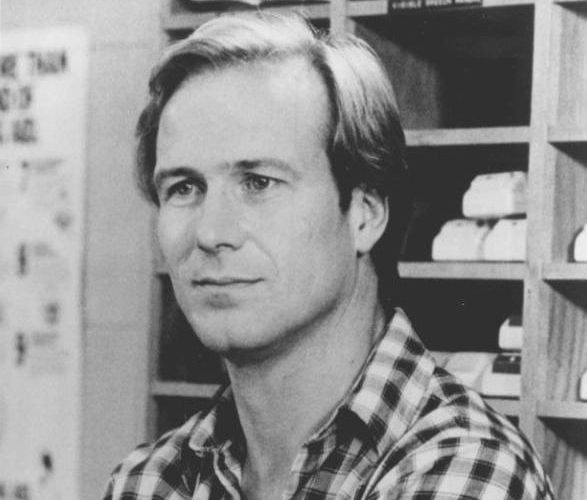 William McChord Hurt was born March 20, 1950 in Washington, D.C. He enjoyed acting from an early age, and was at one point the vice president of his high school dramatic society. Despite this, Hurt did not pursue acting academically or professionally at first; after graduating high school he attended Tufts University in Massachusetts as a theology major.

However, Hurt soon decided that acting was his true calling. With this in mind, he dropped out of Tufts, and wound up attending the illustrious Juilliard School of the performing arts in New York City. Several of Hurt’s contemporaries at Juilliard went on to huge success, most notably Christopher Reeve, Robin Williams, Kelsey Grammer and Mandy Patinkin.

9. He performed in 60 stage plays before he made his first movie 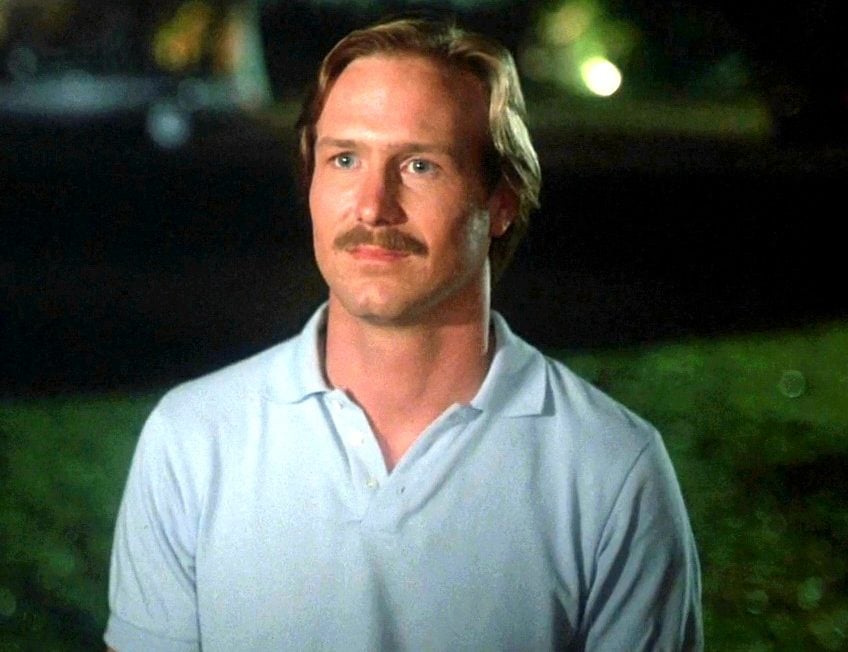 While some actors can’t wait to get into the movies, William Hurt was in no hurry. After graduating New York’s Juilliard School, he remained in the city and worked extensively on the stage, on and off Broadway. In 1977 he joined theatre company The Circle Repertory Company, where he would remain an official member until the late 80s, by which time his movie career had sky-rocketed.

Once Hurt broke through in film with the lead roles in 1980’s Altered States and 1981’s Body Heat, some critics labelled him an overnight success. The actor was happy to correct them on this: “Nothing came fast for me. I had done 60 plays before I did a movie. I took it slow – I wanted it to be deep, didn’t want it to be superficial so I slowed down instead of speeding up.”

8. He was a Best Actor Oscar nominee three years in a row 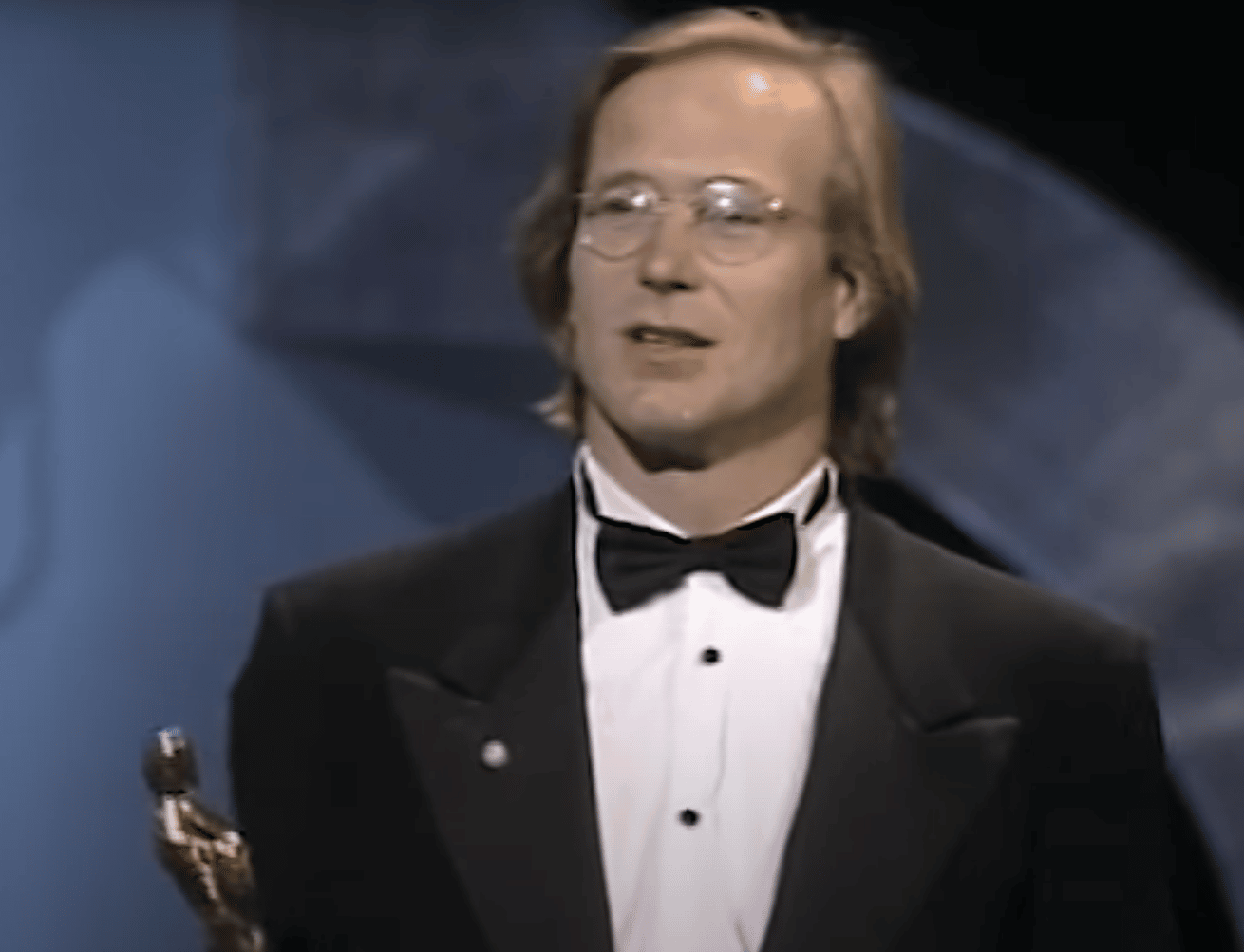 Hurt was only six films into his big screen career when he landed his first Oscar nomination, and won. The actor took home the gold for his lead performance in the drama Kiss of the Spider Woman at the 1986 Academy Awards, and his name would make the Best Actor Oscar shortlist the next two years in a row.

Hurt was also nominated for Children of a Lesser God in 1987 and Broadcast News in 1988 (both of which were also nominated in the prestigious Best Picture category). It would be another 18 years before Hurt landed his fourth and final Oscar nomination, in the Best Supporting Actor category, for A History of Violence.

7. He was abducted during the production of Kiss of the Spider Woman 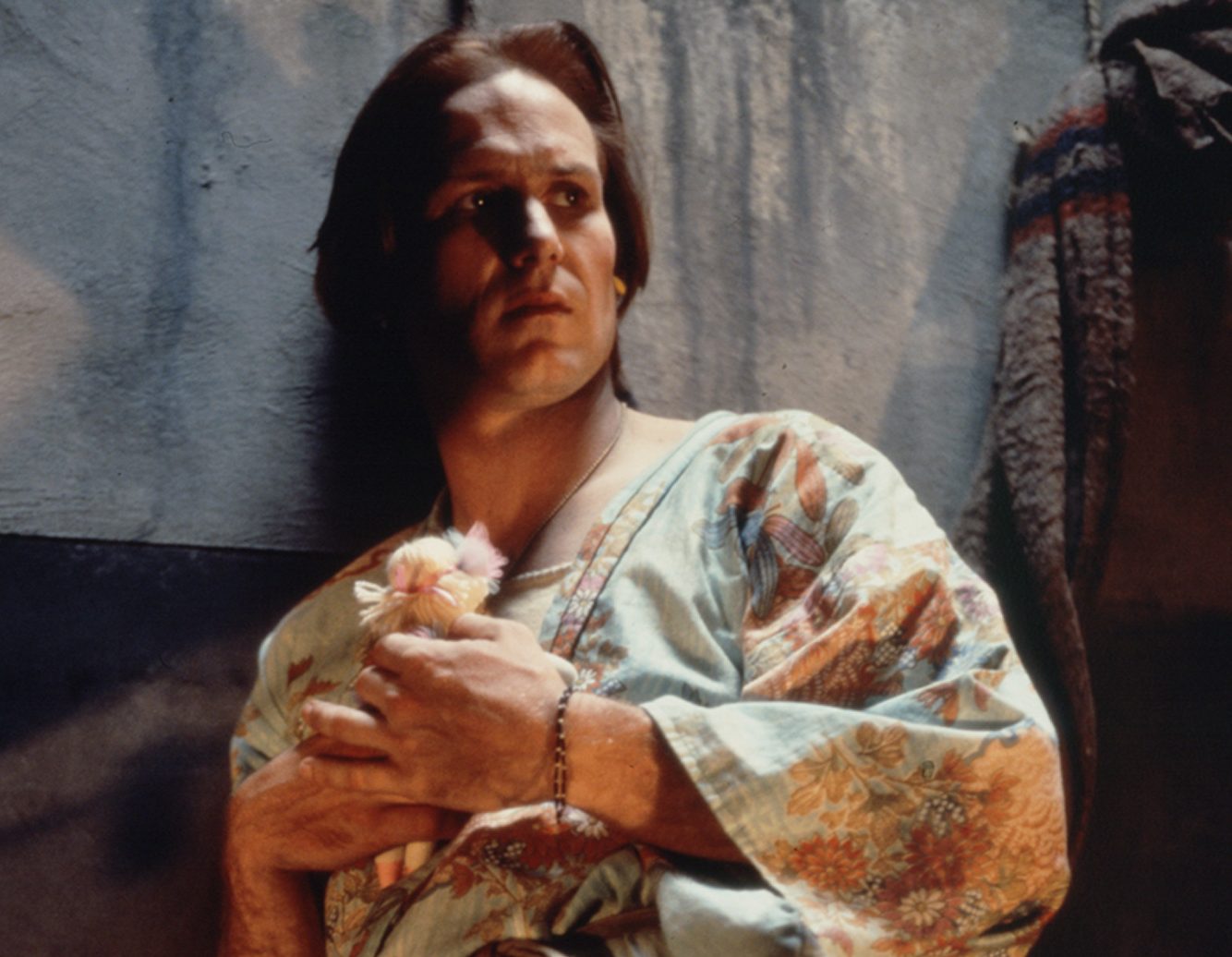 Kiss of the Spider Woman may have paid off for Hurt insofar as it boosted his career, but he had to accept a reduced fee. The film (in which Hurt co-starred with Raul Julia and Sonia Braga) had a budget of less than $1.5 million, and in order to help the film get made, Hurt agreed to work for the minimum wage allowed by the Screen Actors Guild.

This would not be the only price Hurt paid on the film, however, as he was briefly a victim of kidnapping during production. The film was shot in Brazil, and on a day off Hurt and the woman he was dating at the time were stopped in the car by a group of men and held at gunpoint for several hours, before they were ultimately let go.

6. He turned down the role of Dr Alan Grant in Jurassic Park 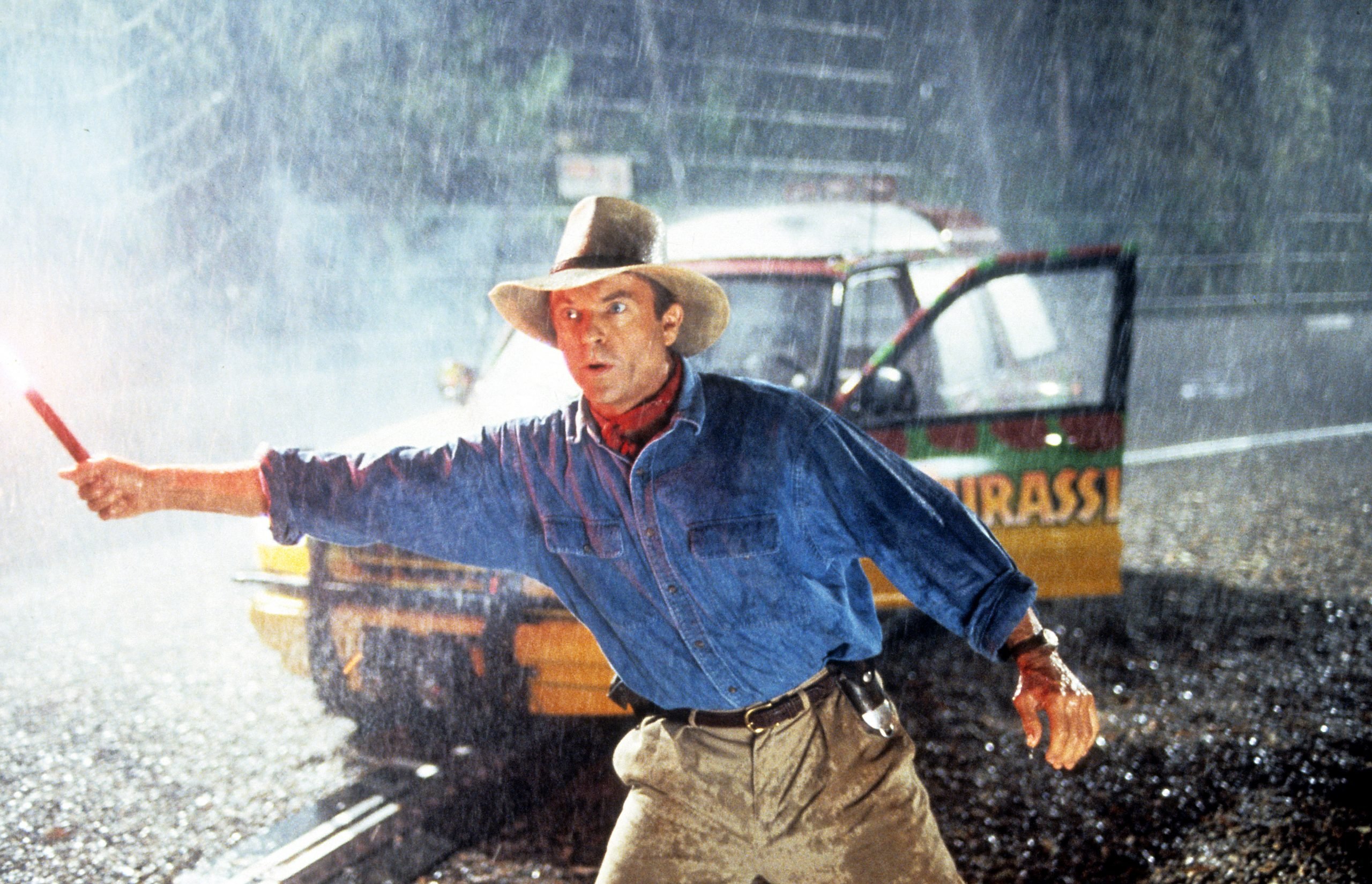 William Hurt was always reluctant to take on lead roles in big mainstream movies. He was Steven Spielberg’s first choice for the role of Dr Alan Grant in 1993 blockbuster Jurassic Park – but the actor turned the part down without even reading the script, or Michael Crichton’s source novel. Reportedly the actor simply didn’t like the idea of making a dinosaur adventure movie.

After Harrison Ford also passed on the role, Sam Neill was ultimately cast as Grant, and Jurassic Park became the biggest box office hit ever at the time. Years later, Hurt finally worked with Spielberg on 2001’s A.I. Artificial Intelligence. Jurassic Park wasn’t the only major 90s movie the actor declined: he was also said to have been the first choice for Paul Sheldon, the role ultimately taken by James Caan in Misery.

5. He was one of the longest-serving actors in the Marvel Cinematic Universe 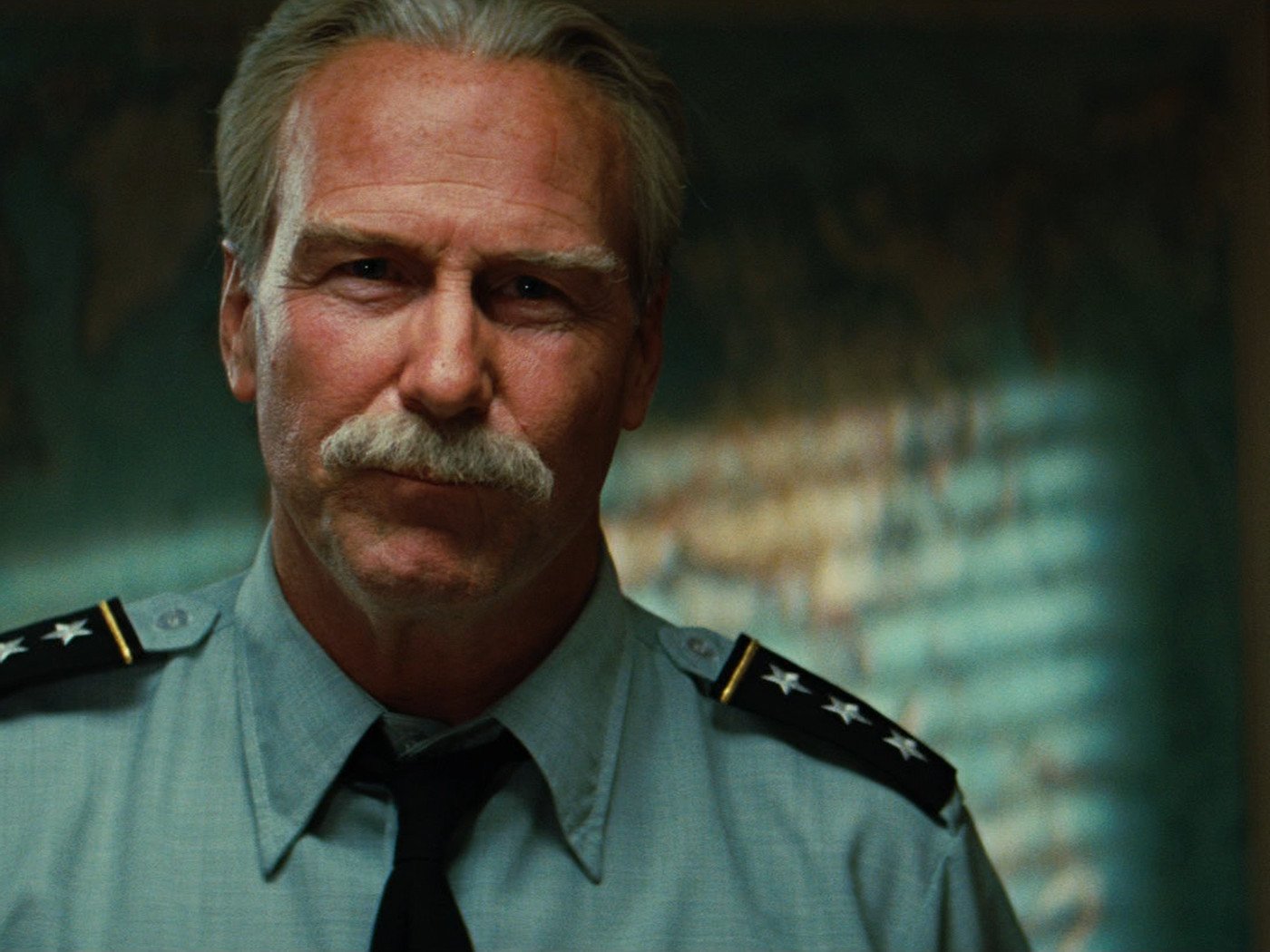 Despite his disinterest in blockbusters, Hurt was part of the most prominent and profitable movie franchise of our time: the Marvel Cinematic Universe. The actor appeared as the shady General Thaddeus ‘Thunderbolt’ Ross in 2008’s The Incredible Hulk, only the second film made as part of the MCU. This role had previously been taken by Sam Elliott in 2003’s Hulk.

After an absence of eight years, Hurt surprised many by reprising the role of Thunderbolt Ross in 2016’s Captain America: Civil War and 2019’s Avengers: Endgame. Hurt played the role for a fourth and final time in 2021’s Black Widow, which proved to be his last film released in his lifetime (although he also appeared in The King’s Daughter, shot in 2015 but not released until January 2022).

4. His ex-girlfriend Marlee Matlin accused him of abuse 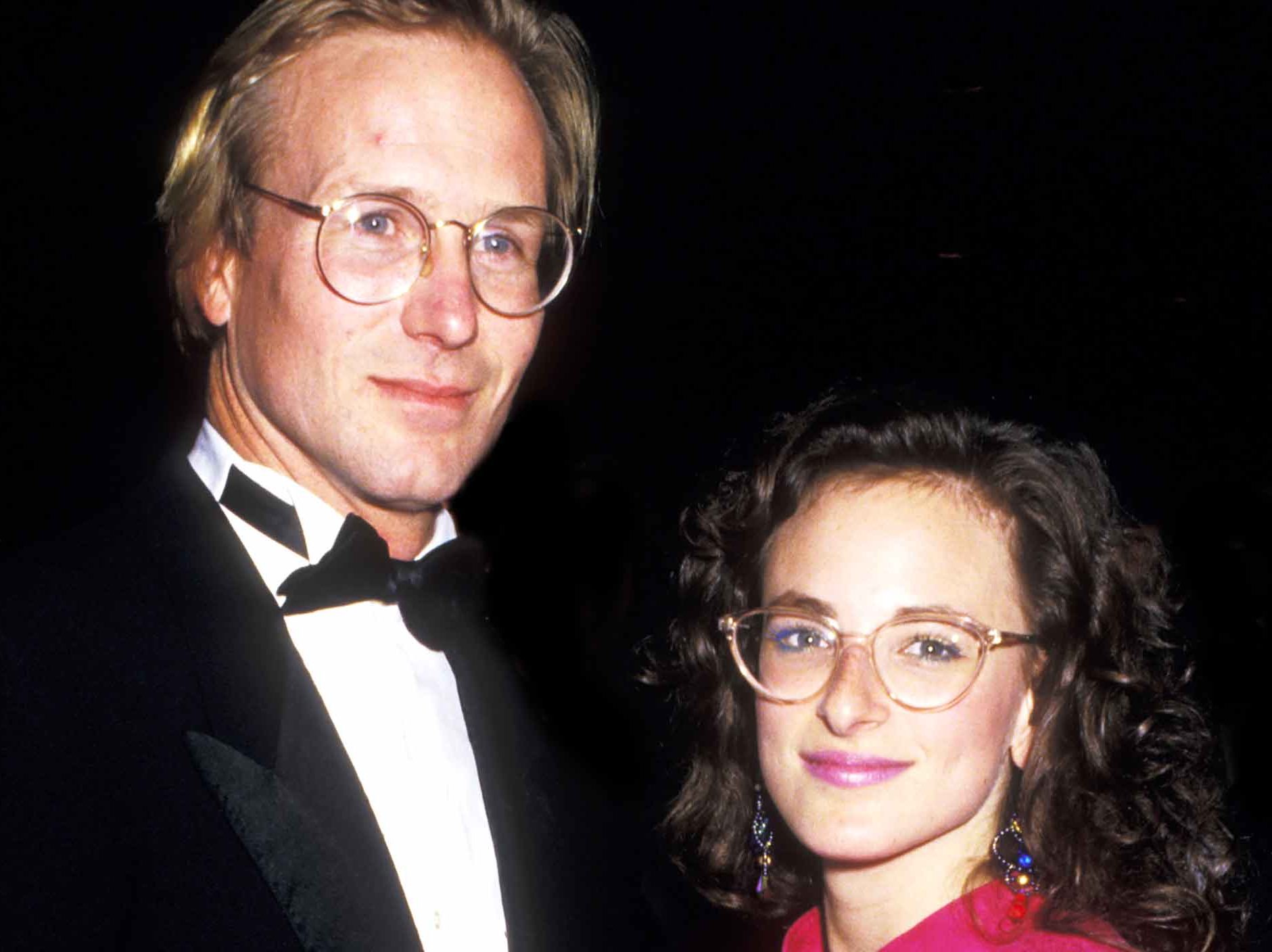 For a time, Hurt dated his Children of a Lesser God co-star Marlee Matlin, who made history at age 21 by being both the youngest ever winner of the Best Actress Oscar and the only deaf recipient of an Oscar in any category, as well as one of the few people to win an Oscar for her first film. However, Matlin states in her 2009 autobiography that Hurt (who was also nominated for the film but didn’t win) belittled her for her early success, and was both verbally and physically abusive during their relationship.

Shortly after Matlin’s autobiography was published, Hurt issued a statement declaring, “My own recollection is that we both apologised and both did a great deal to heal our lives. Of course, I did and do apologise for any pain I caused. And I know we have both grown. I wish Marlee and her family nothing but good.” Following his death, Matlin stated, “We’ve lost a great actor… he taught me a great deal as an actor and he was one-of-a-kind.”

3. He was cast in an Allman Brothers biopic that was aborted after a crew member was killed 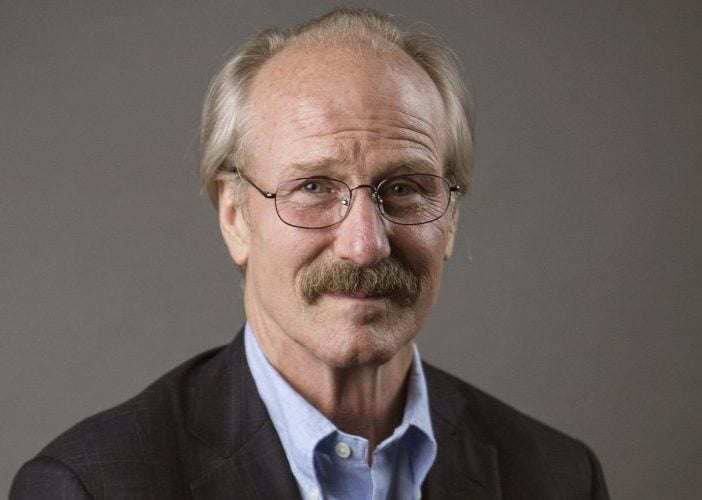 In early 2014, Hurt began work on Midnight Rider, a biopic of rock band The Allman Brothers in which the actor had been cast as Greg Allman. However, production on the low-budget film was abruptly halted when camera assistant Sarah Jones was hit by a train and killed, after the crew had been shooting on a railway bridge.

It came to light afterwards that Hurt himself had brought up how obviously unsafe the shooting conditions were, but the actor says “No one backed me up.” Midnight Rider was abandoned, and legal action was taken against the filmmakers. It was one of the most notorious film set accidents of many years before the more recent firearms-related tragedy on the set of Alec Baldwin movie Rust.

2. He was married twice and fathered four children 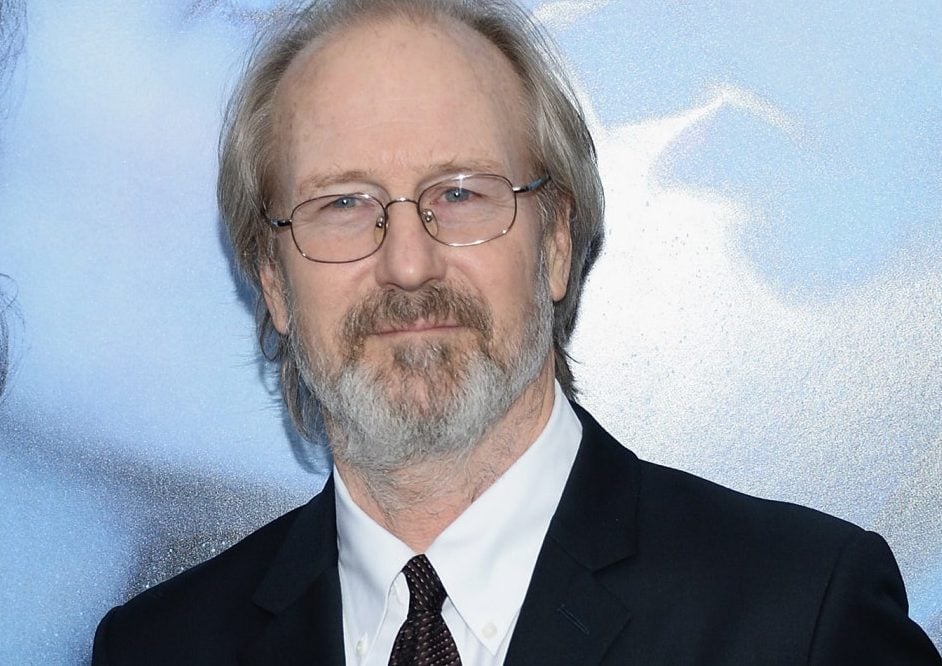 Hurt tied the knot for the first time in 1971, to actress Mary Beth Hurt. They divorced in 1982, and following his relationships with Sandra Jennings and Marlee Matlin, Hurt married second wife Heidi Henderson in 1989; this marriage would also end in divorce in 1992. During these marriages, he fathered one child with Jennings and two with Henderson.

Later, Hurt would have a fourth child with his subsequent partner Sandrine Bonnaire. It was his son Will that made the first public announcement of his father’s death, telling the press, “It is with great sadness that the Hurt family mourns the passing of William Hurt, beloved father and Oscar winning actor.”

1. He struggled with alcoholism at the height of his success 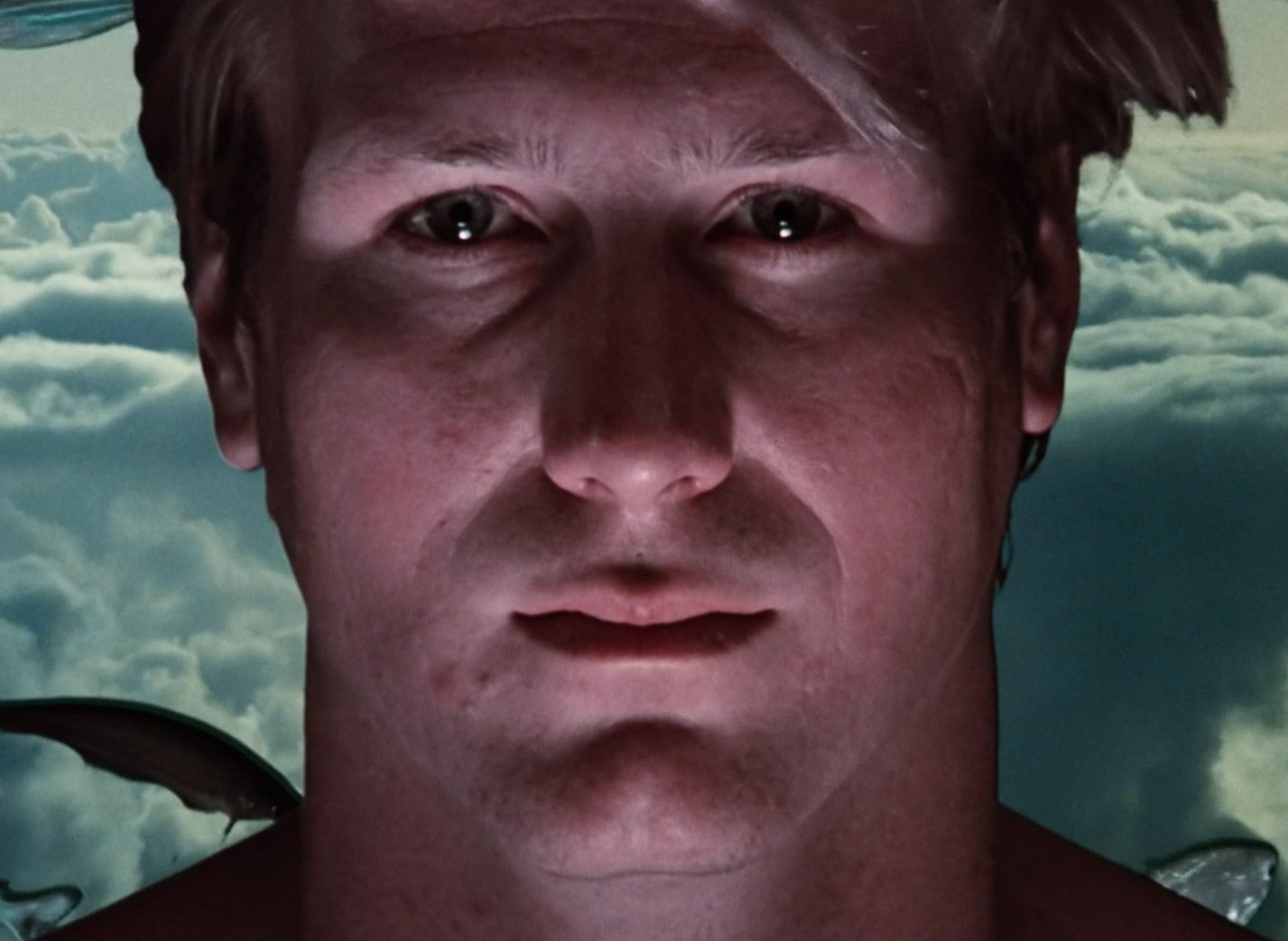 Hurt’s discomfort with fame probably had a role to play in the drinking problem he struggled with throughout the 80s. This fuelled his troubled relationships, both with Marlee Matlin and Sandra Jennings, the latter of whom once declared that Hurt was “a violent drunk who was prone to religious hallucinations” (which sounds uncannily like a description of his character in Altered States).

After several stints in rehab, Hurt kicked the habit by the 90s, and reportedly didn’t alcohol from then on. Reflecting on his drink problem in 2005, Hurt said, “there’s that old credo, in vino veritas; in wine lies truth. And a lot of people believe that. But one day you wake up and say, ‘This is stupid and this is wrong.’ And it was wrong, so I did something about it.”