10 Things You Never Knew About Weekend At Bernie’s

Comedy films are definitely allowed to be slightly far fetched, but the premise of Weekend at Bernie’s, released in 1989, is so ridiculous and unrealistic that we can’t believe it ever got given the green light in the first place.

But we’re really glad it did, because despite the outrageous antics of two young men trying to convince everyone that Bernie (their boss) is alive rather than dead, Weekend at Bernie’s really is one of the funniest films that we’ve ever seen.

Below are 10 things that you probably didn’t know about Ted Kotcheff and Robert Klane’s film, which you should definitely make sure to watch at the first opportunity if you’ve never done so before.

10. It was partly based on a low budget Hindi film 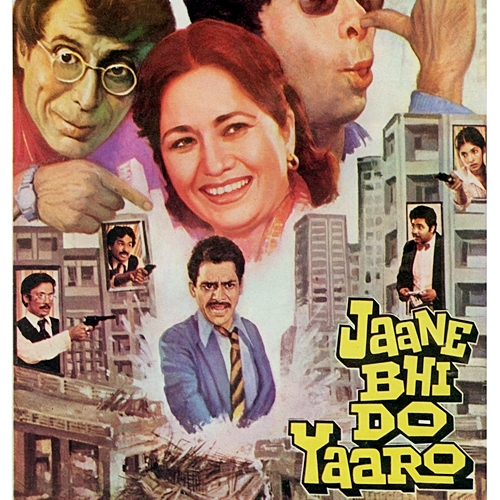 Weekend at Bernie’s was inspired by an extremely low budget 1983 Hindi comedy film called Jaane Bhi Do Yaaro, which translates as Just Let it Go, Friends.

Jaane Bhi Do Yaaro satirises corruption in Indian politics and business, and whilst not immediately popular, it did become something of a cult classic.

9. Corey Haim and Corey Feldman were originally supposed to star 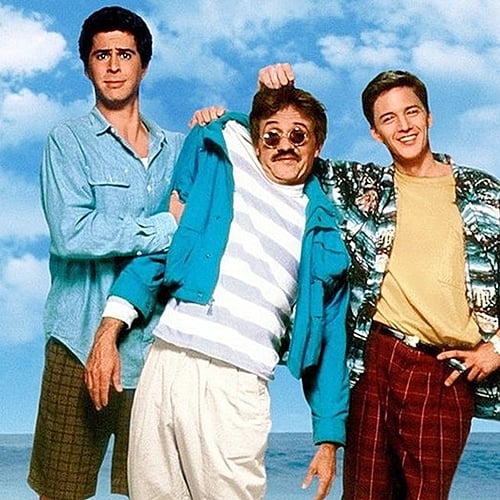 Whilst Weekend at Bernie’s was in the early stages of production, the plan was that it would star Corey Haim and Corey Feldman.

However, filmmakers eventually decided that the two lead characters should be older, so Andrew McCarthy and Jonathan Silverman were cast instead. 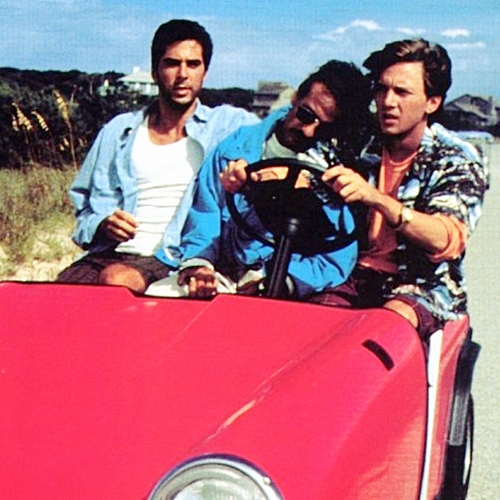 A stunt double was hired to play Bernie Lomax in the scenes that were too dangerous for actor Terry Kiser, and they suffered a number of broken ribs whilst shooting the film.

The injuries mainly occurred during the scene where Bernie bumps into metal obstacles whilst being dragged along the surface of the sea.

7. Its director has a hilarious cameo 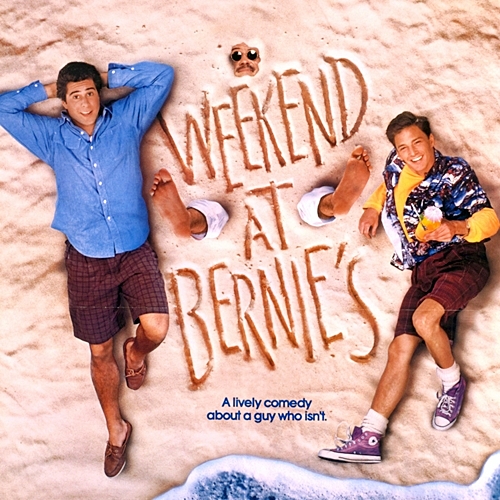 Kotcheff also has a hilarious cameo in the film as Richard’s father, who you may remember appears in just his underwear.

6. Bernie’s house had to be torn down after filming concluded 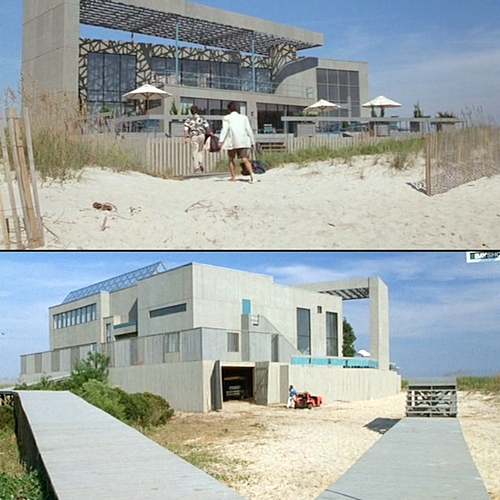 Film fans often love to visit houses that have featured in big Hollywood flicks, but any looking for Bernie’s house on North Carolina’s Figure Eight Island will be sorely disappointed.

That’s because the island is known for being a safe haven for many different forms of wildlife, so filmmakers were forced to build a house specifically for the production, and had to tear it down as soon as shooting had wrapped.

5. Its director and screenwriter sued 20th Century Fox for breach of contract 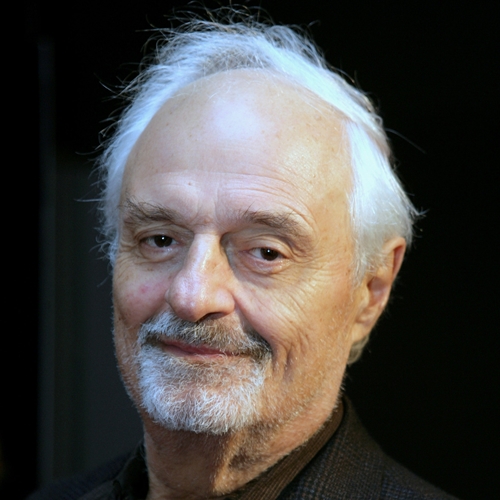 Kotcheff and Klane both believed that they were due a larger cut of the film’s profits, so filed a lawsuit for breach of their contracts.

4. Two men were arrested in real life for pulling the same stunt 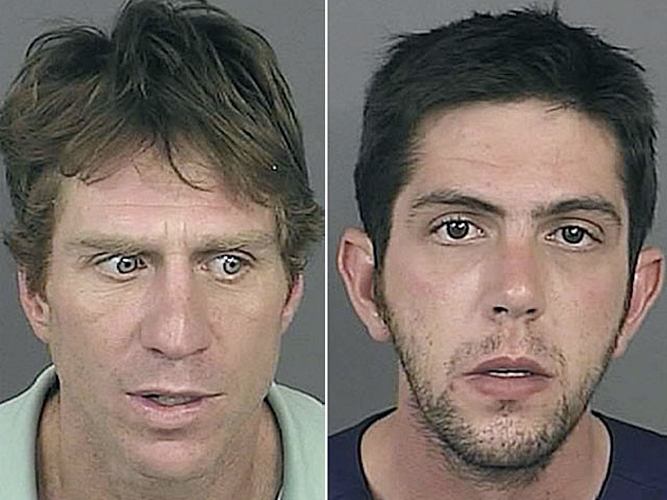 Believe it or not there was not so long ago a real-life ‘Weekend at Bernie’s’ case, where two men were arrested for ‘abusing a corpse.’

In 2011, Robert Young and Mark Rubinson found their friend Jeffrey Jarrett dead in his home, but rather than contact the authorities they took him out on the town for a ‘night of fun’.

3. One academic claims the film is actually a satire of 1980s America 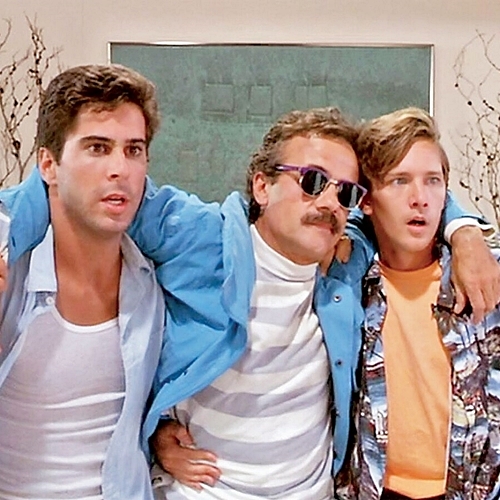 An academic called Mikel Koven wrote an article called ‘Traditional Narrative, Popular Aesthetics, Weekend at Bernie’s, and Vernacular Cinema,’ in which he claimed that the film is actually a satire.

Koven wrote that the film satirises the American upper class of the late 1980s, “whose self indulgences and self obsessions mean they are completely oblivious to Bernie’s dilemma.” 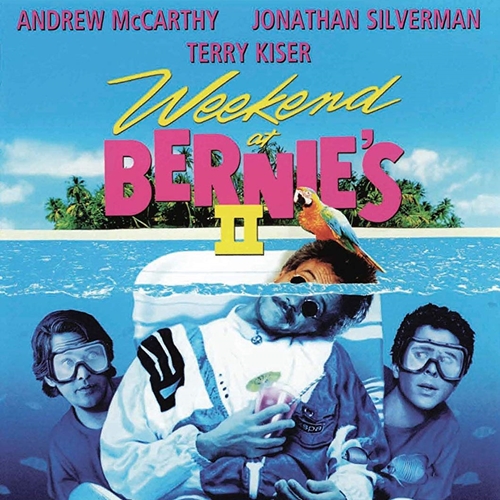 Although Weekend at Bernie’s wasn’t particularly popular with film critics, it still found moderate success at the box office, making $30 million from a budget of $15 million.

This success meant that a sequel was released four years later in 1993. Weekend at Bernie’s II saw the return of Andrew McCarthy, Jonathan Silverman and Terry Kiser, and just like the first film it made a small profit, despite receiving poor reviews.

1. There may still be a Weekend at Bernie’s III 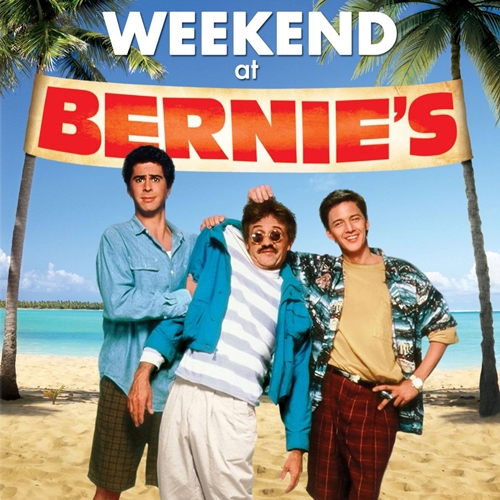 A second sequel in the franchise has been mooted for many years, but is sadly yet to materialise.

However, a group of independent filmmakers did recently make an unofficial Weekend at Bernie’s III as part of a two-day film festival.