Films with extreme plotlines become even more shocking when you discover they’re actually based on real-life events, as is the case with the brilliant but horrific 1993 film Alive. The film tells the harrowing story of a Uruguayan rugby team’s fateful journey on Flight 571, which crashes in the Andes; without help and battling starvation, the survivors have no choice but to resort to cannibalism to stay alive. It’s a movie that haunts you long after it’s ended, and here are some facts about it which you might not have known. 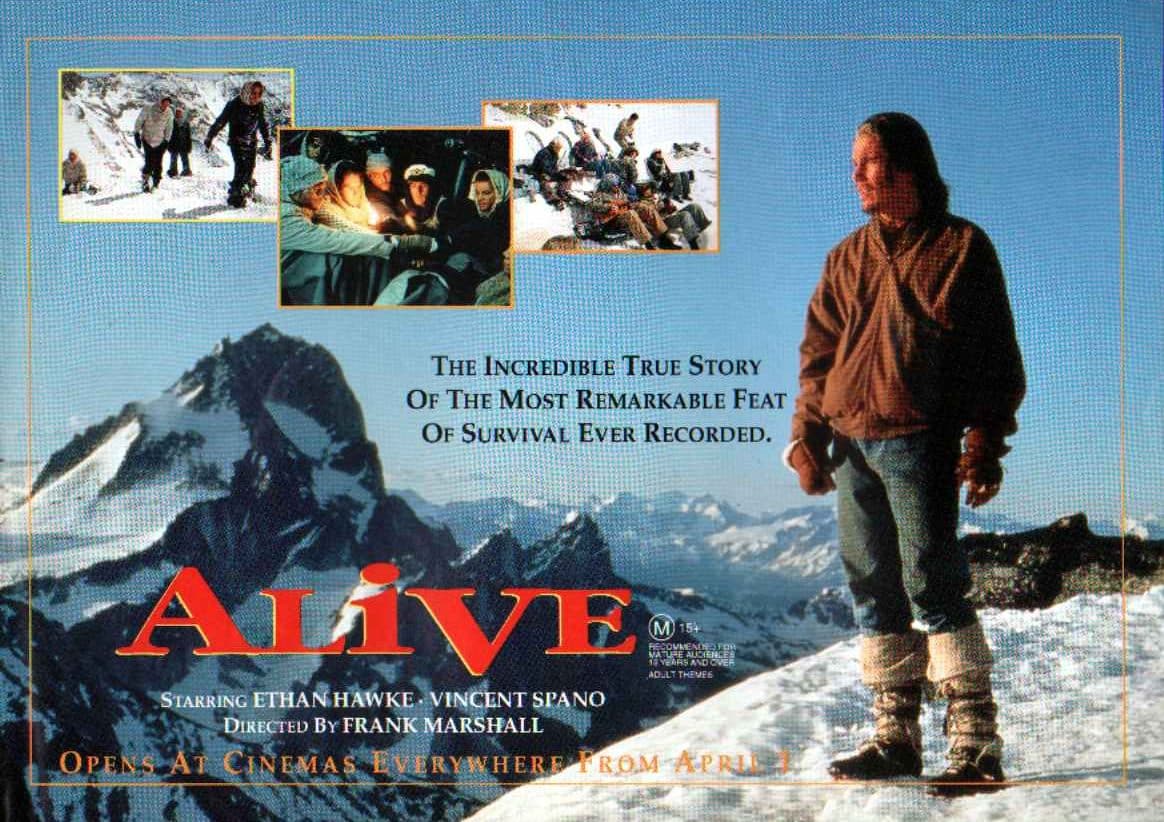 Alive is based on the 1974 book Alive: The Story of the Andes Survivors, by historian and biographer Piers Paul Read. It recounts the true story of a Uruguayan rugby team’s horrific ordeal when their plane crashed into the Andes mountains on 13 October 1972.

Of the 45 people on Flight 571, only 16 were rescued. They managed to survive 72 days on a freezing cold mountain by eating the flesh of their dead friends and relatives. The story of their shocking ordeal captivated the world, and Read’s book proved to be a critically acclaimed bestseller.

14. It was filmed in Canada rather than South America 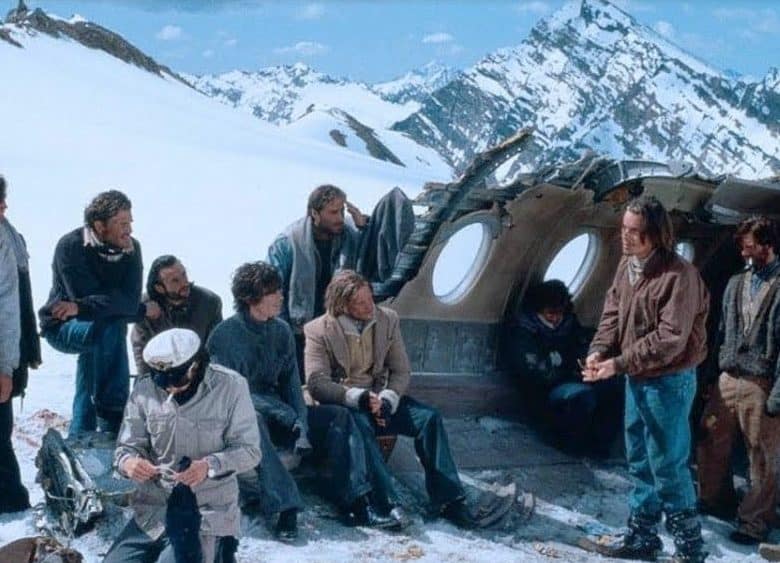 Alive was directed by Frank Marshall, who previously called the shots on Arachnophobia, and would later helm Congo and Eight Below. Although the story takes place in the Andes mountain range in South America, Marshall and company quickly decided against shooting the film there due to the treacherous terrain.

Instead, the cast and crew of Alive set up shop in the Purcell Mountains in British Columbia, Canada. This was still a very remote region, and a fleet of five helicopters was require to transport the team of 150 actors and crew members who had to be shipped to and from the location every day.

13. One of the real-life survivors worked on the film as an advisor 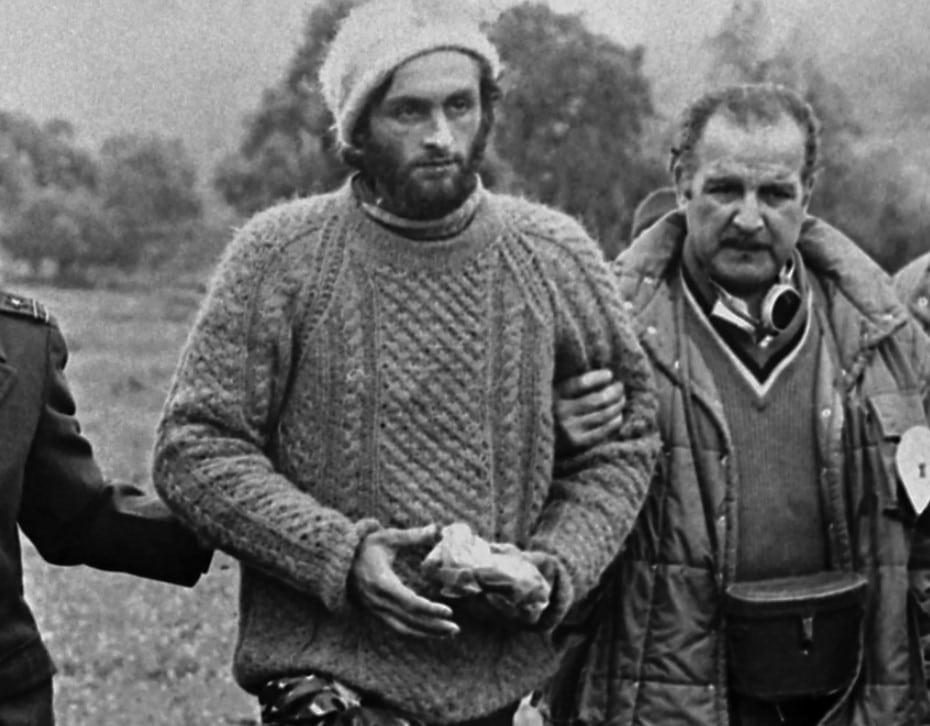 Alive features a large cast that included Ethan Hawke, Bruce Ramsay, Josh Hamilton, Vincent Span, Danny Nucci, John Newton and Illeana Douglas. Hawke as the ostensible lead as Nando Parrado, who is among the few survivors to head out in search of help after the crash survivors are left stranded, freezing and starving on the mountain.

To ensure maximum authenticity during the shoot, the real life Nando Parrado was hired as a technical advisor on the film. In the years since his horrific ordeal, Parrado has worked as a motivational speaker, drawing on his own experiences to help others deal with psychological and emotional trauma.

12. The film was shot in chronological order 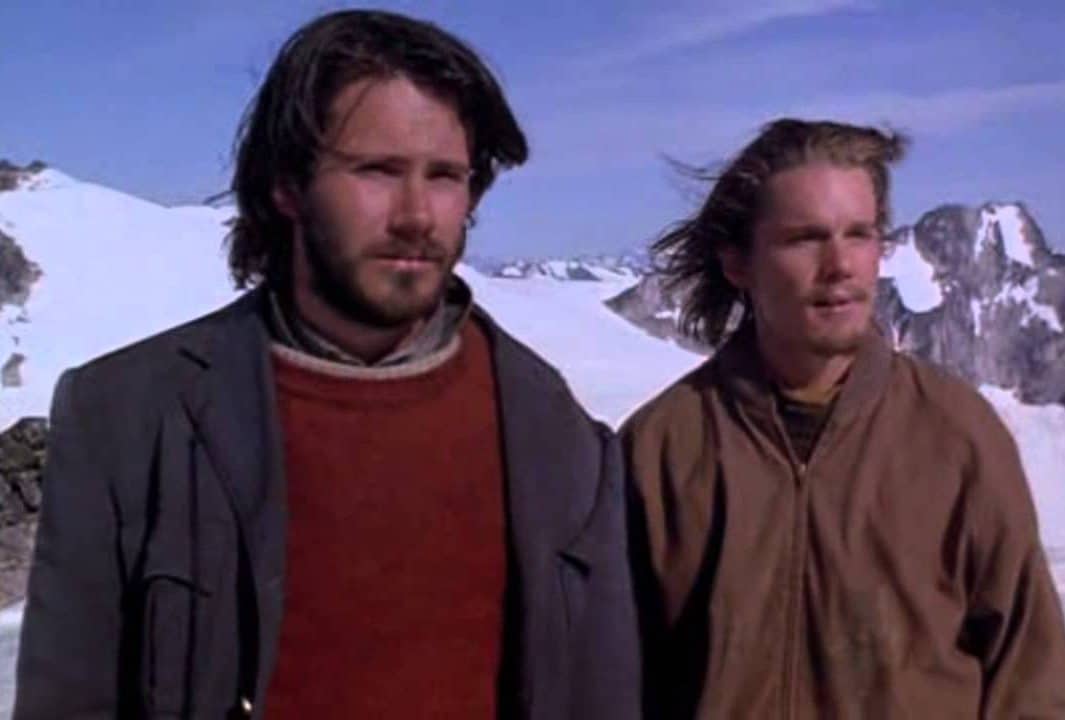 Normally, scenes for movies are shot out of sequence for practical reasons. Unusually for a major Hollywood film, this was not the case on Alive, in which all the scenes we see in the final film were shot in chronological order. This enabled the actors to convey their shift from carefree rugby players to desperate survivors in an organic manner.

Unsurprisingly, the plane crash sequence was the most difficult scene to film, taking nine days to be completed. This was naturally very hard on the cast and crew, and many actors had to take motion sickness pills to deal with the constant violent motions that their bodies were subjected to on a daily basis for over a week.

11. John Malkovich’s voiceover was written by one of the survivors 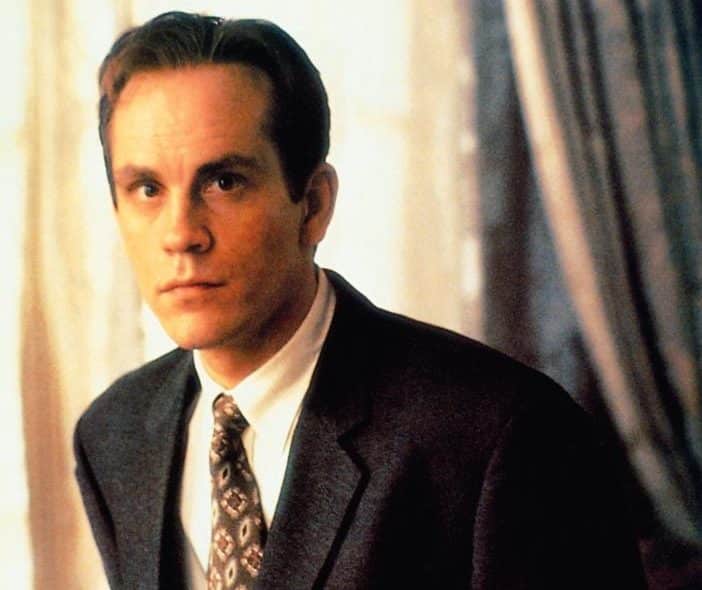 You may remember that Alive features a brief voiceover, both at the beginning and at the end of the film. These monologues were narrated by an unseen John Malkovich, who provides the voice of an older Carlitos Paez, portrayed on screen by younger actor Bruce Ramsay.

Although the script for Alive was written by John Patrick Shanley in collaboration with Frank Marshall and producer Kathleen Kennedy, the monologues read by Malkovich were not written by any of them. In fact, they were written by the real-life Carlitos Paez himself, who went on to work in advertising and public relations.

10. The actors fasted for two days before shooting the first cannibalism scene 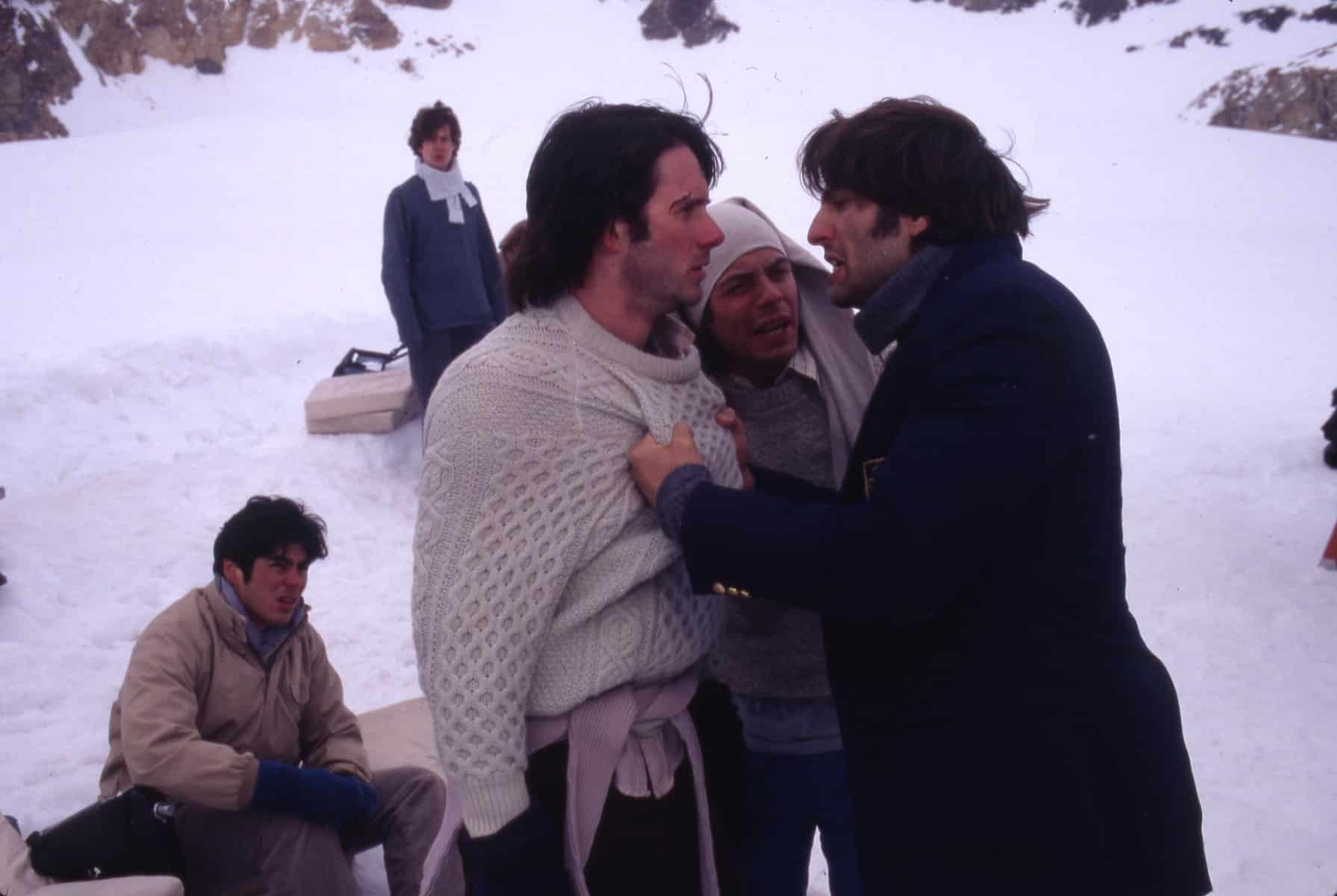 The most shocking part of the true story, and one of the most important moments in the film, is when the starving survivors decide, after much discussion, to eat the flesh of their dead friends and relatives. The actors involved in this scene decided to take special measures to prepare.

Before filming the scene in which the characters discuss doing the unthinkable, the actors went without eating for 48 hours, in order to help them to experience some sense of what it must have been like to be so hungry. Thankfully, they didn’t get too method: the meat they were asked to eat was only turkey.

9. Critics didn’t think much of the film 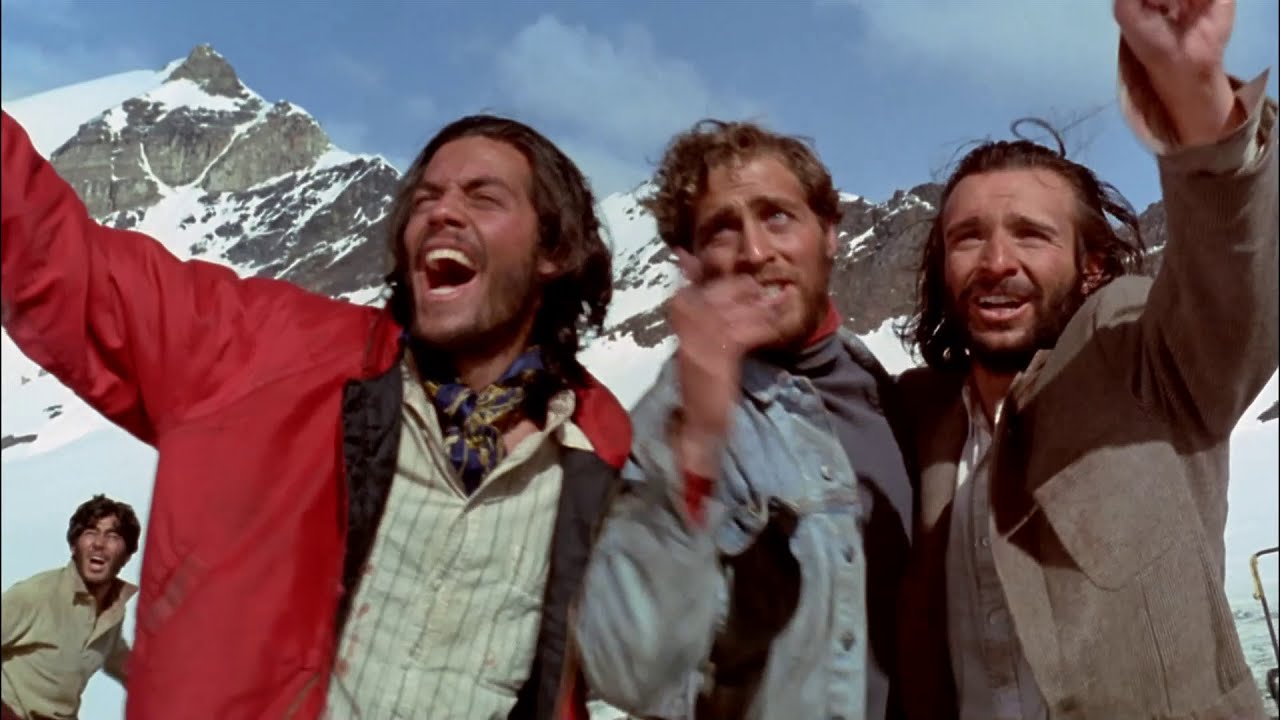 Alive received mixed reviews upon its release in 1993. While no one could dispute the very real tragedy the crash survivors endured and the bravery they showed afterwards, not everyone felt this meant that it was the most appropriate subject matter for a fairly glossy big budget Hollywood movie.

Roger Ebert remarked, “There are some stories you simply can’t tell. The story of the Andes survivors may be one of them.” Others agreed, including David Denby of New York Magazine and Newsweek’s David Ansen. Today, Alive sits on a 59% rating at reviews aggregator site Rotten Tomatoes.

8. A documentary about the real-life disaster was released at the same time 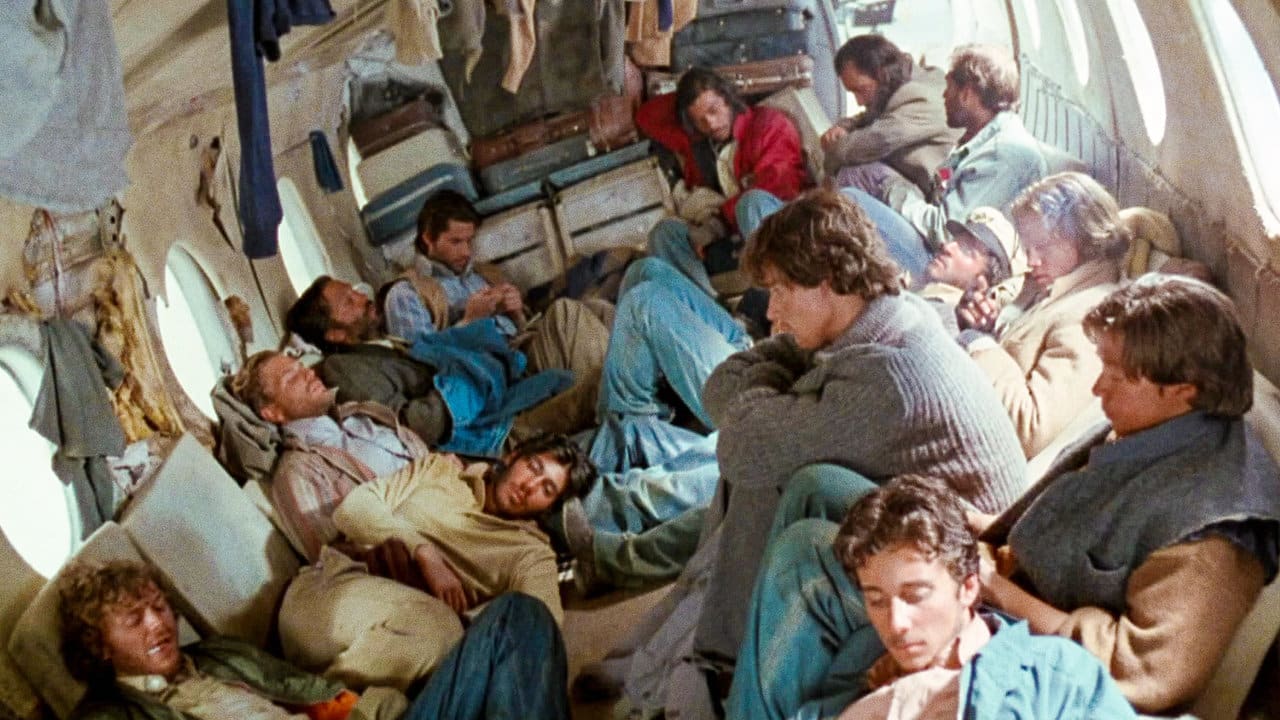 Shortly after Alive made it to cinemas in January 1993, the real-life story was also explored in a documentary entitled Alive: 20 Years Later. Written and directed by documentarian Jill Fullerton-Smith and narrated by Martin Sheen, the film featured interviews with the real life survivors of the tragedy.

First broadcast on US TV network CBS on January 30th 1993, Alive: 20 Years Later would eventually be included as an extra on the DVD release of Frank Marshall’s movie.

7. The survivors eventually played their rugby game in 2012 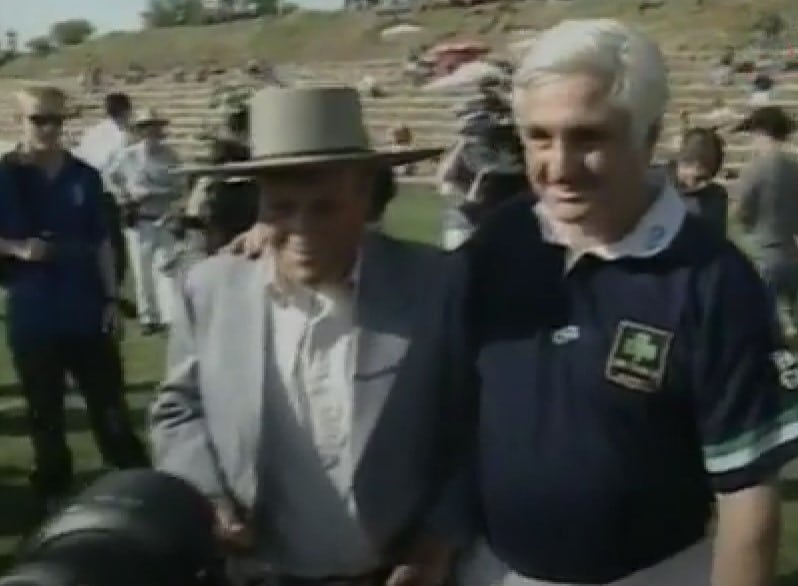 In 2012, the surviving members of the team finally played the rugby game that had been forcibly cancelled four decades earlier after their plane went down. The Old Christians team played in Santiago, Chile against Old Grangonian. Crash survivor Pedro Algorta, then 61 years of age, declared at the event “at about this time [in 1972] we were falling in the Andes. Today, we’re here to win a game.”

Prior to the game, a plaque was unveiled honouring those who died in the crash and its aftermath, and a minute’s silence was observed. The event received substantial press coverage, although no one was particularly concerned about the final score.

6. Some of the survivors have written their own books about the ordeal 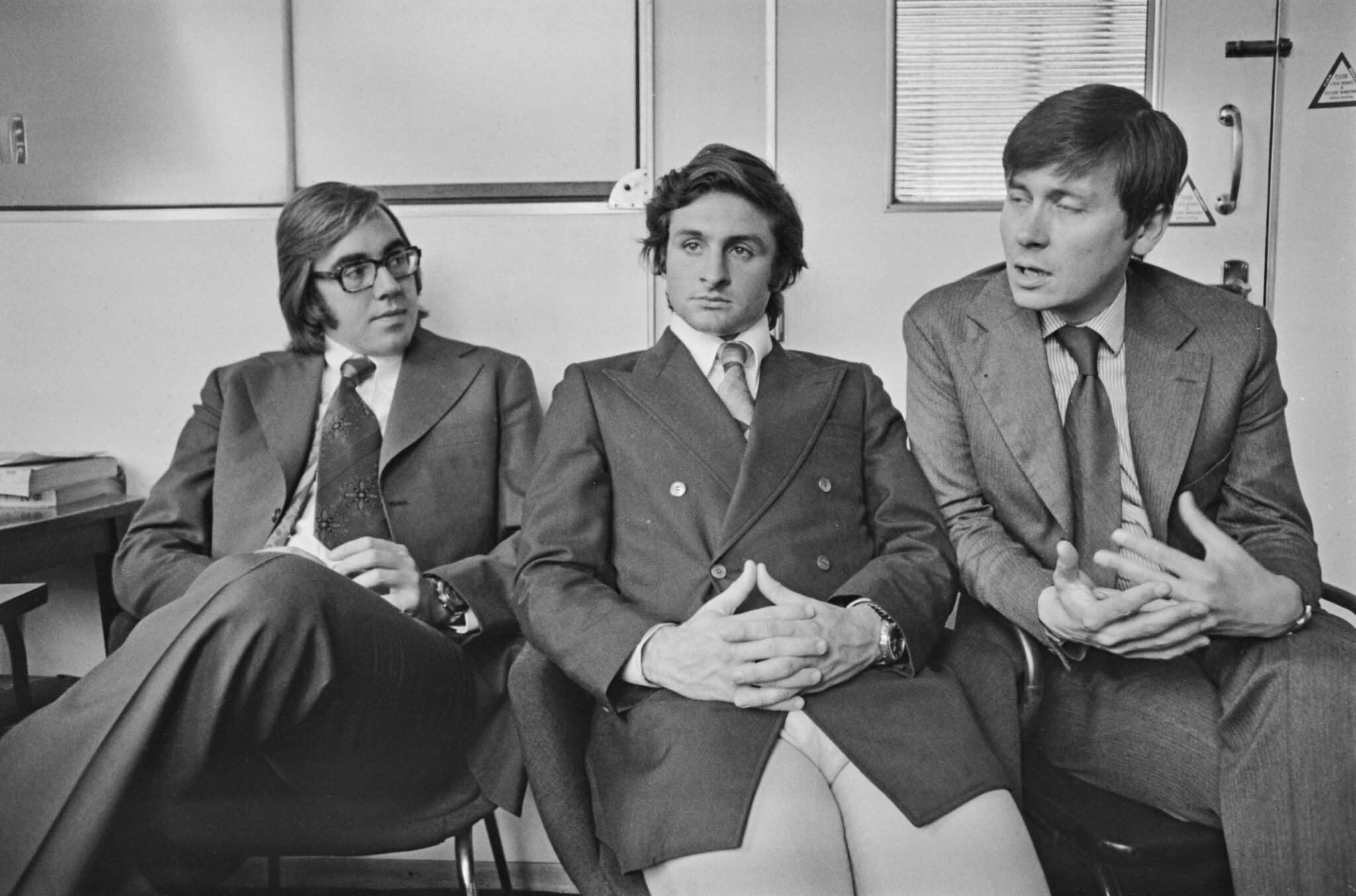 Whilst Piers Paul Read’s book was the first literary account of the Flight 571 disaster, more accounts have since been penned by the survivors. Nando Parrado gives his version of events in his 2006 memoir Miracle in the Andes: 72 Days on the Mountain and My Long Trek Home.

Roberto Canessa has also written a book of his own entitled I Had to Survive: How a Plane Crash in The Andes Inspired My Calling to Save Lives. Canessa, who went on to become a doctor, told National Geographic in 2016, “I encouraged everyone to write his own book because they are 16 different stories of survival.”

5. Brad Pitt auditioned for Roberto, but was turned down

Today, Ethan Hawke remains the best-known member of the Alive ensemble, but things could have been a little different. Another hot young up-and-coming actor came in to read for a role in the film: Brad Pitt, who had not long since wowed audiences with his scene-stealing role in Thelma & Louise.

Pitt came in to audition for the role of Roberto Canessa, but director Frank Marshall was not impressed with his reading and decided to instead give the role to Josh Hamilton. Of course, missing out on Alive didn’t hurt Pitt’s career too much: 1993 saw him earn enthusiastic notices for his performances in True Romance and Kalifornia, and from there he soon rose to leading man superstardom. 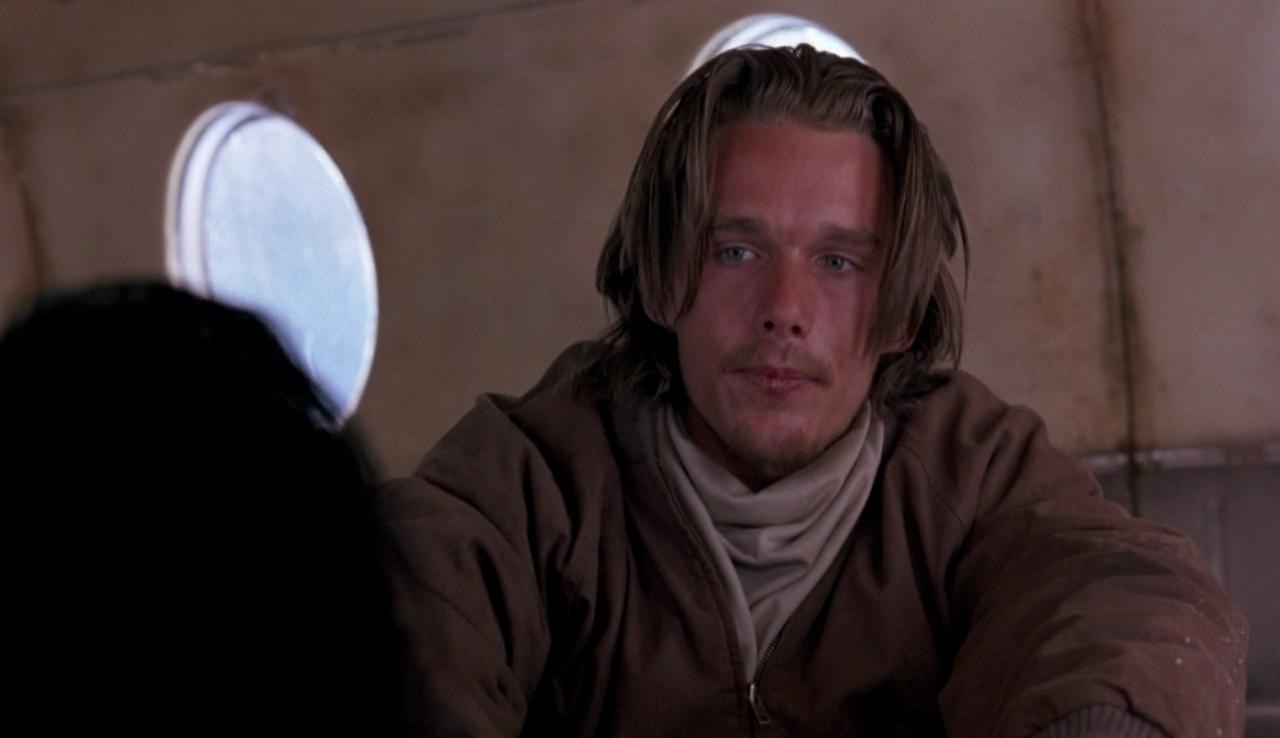 We’re accustomed to seeing actors going method when taking on roles that involve the kind of physical ordeal the characters go through in Alive, losing weight and letting their hair grow for real. This did not happen on Alive, and it was one of the key criticisms made of the film: Roger Ebert noted the actors barely looked any different when their characters were meant to be starving.

It also rather breaks the illusion that, while the bulk of the male characters in the film end up with longer hair and beards as the movie progresses, this is not the case with Ethan Hawke’s Nando. Reportedly Hawke refused to grow a full beard for the movie, and maintained a neater goatee, even though this was clearly unrealistic under the circumstances.

3. Frank Marshall and Kathleen Kennedy agreed to make the film because of a car bumper sticker 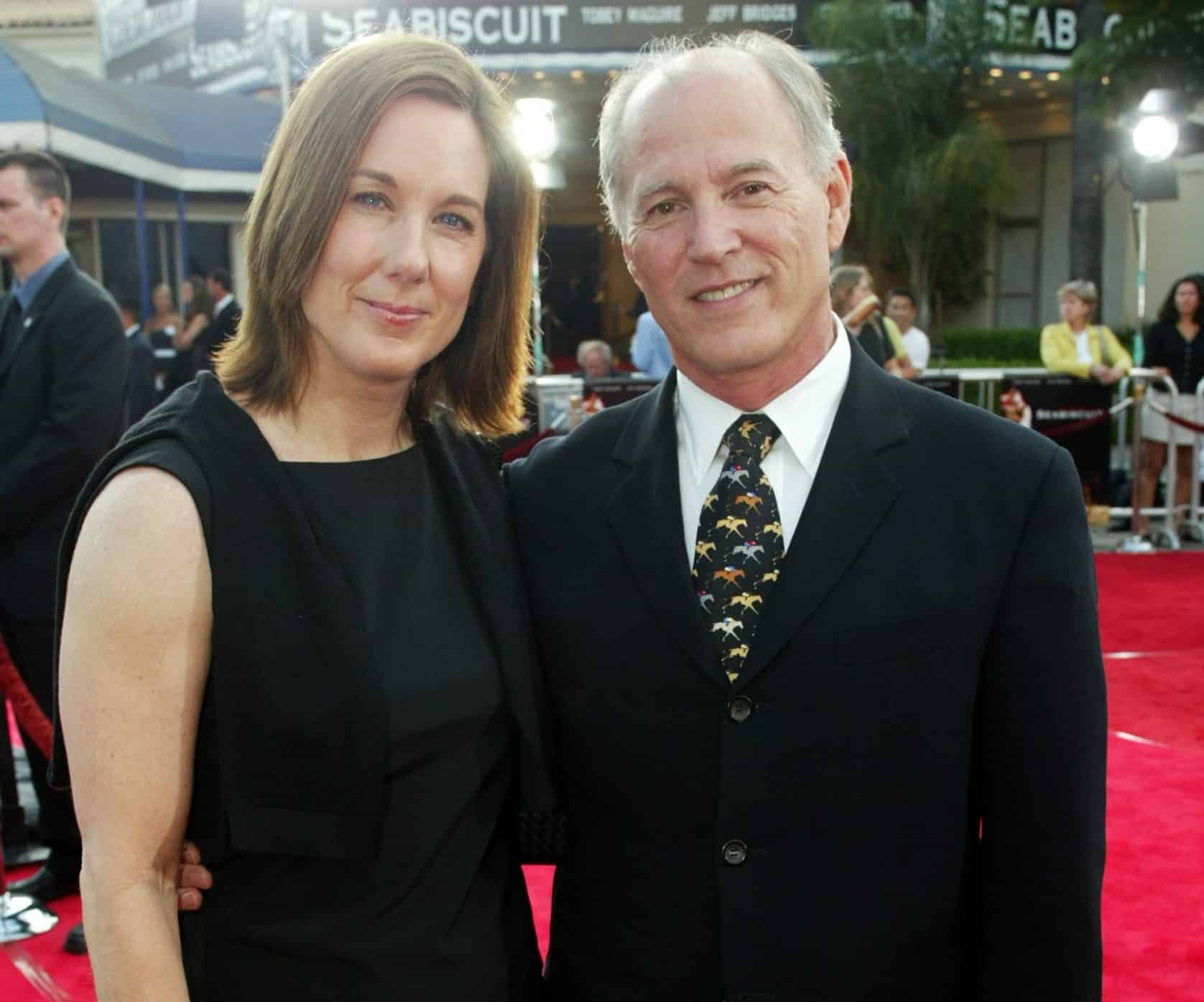 Director Frank Marshall has admitted that at first he wasn’t sure about making Alive, but decided to go for it after experiencing a bizarre synchronicity. Not long after he was sent the script by Disney boss Jeffrey Katzenberg, Marshall was driving with Kathleen Kennedy when they were overtaken by a red pick-up truck which had a bumper sticker reading ‘Rugby Players Eat Their Dead.’

Kathleen Kennedy told the New York Times, “I had never seen that bumper sticker before, and I’ve never seen it since. We called Jeffrey right away on the car phone and said, ‘We’ve just seen a vision. We’re going to commit to this movie.’ We were all laughing, but the way it happened was really too weird.”

2. No studio wanted to make the film for almost 20 years over fears it would be exploitative 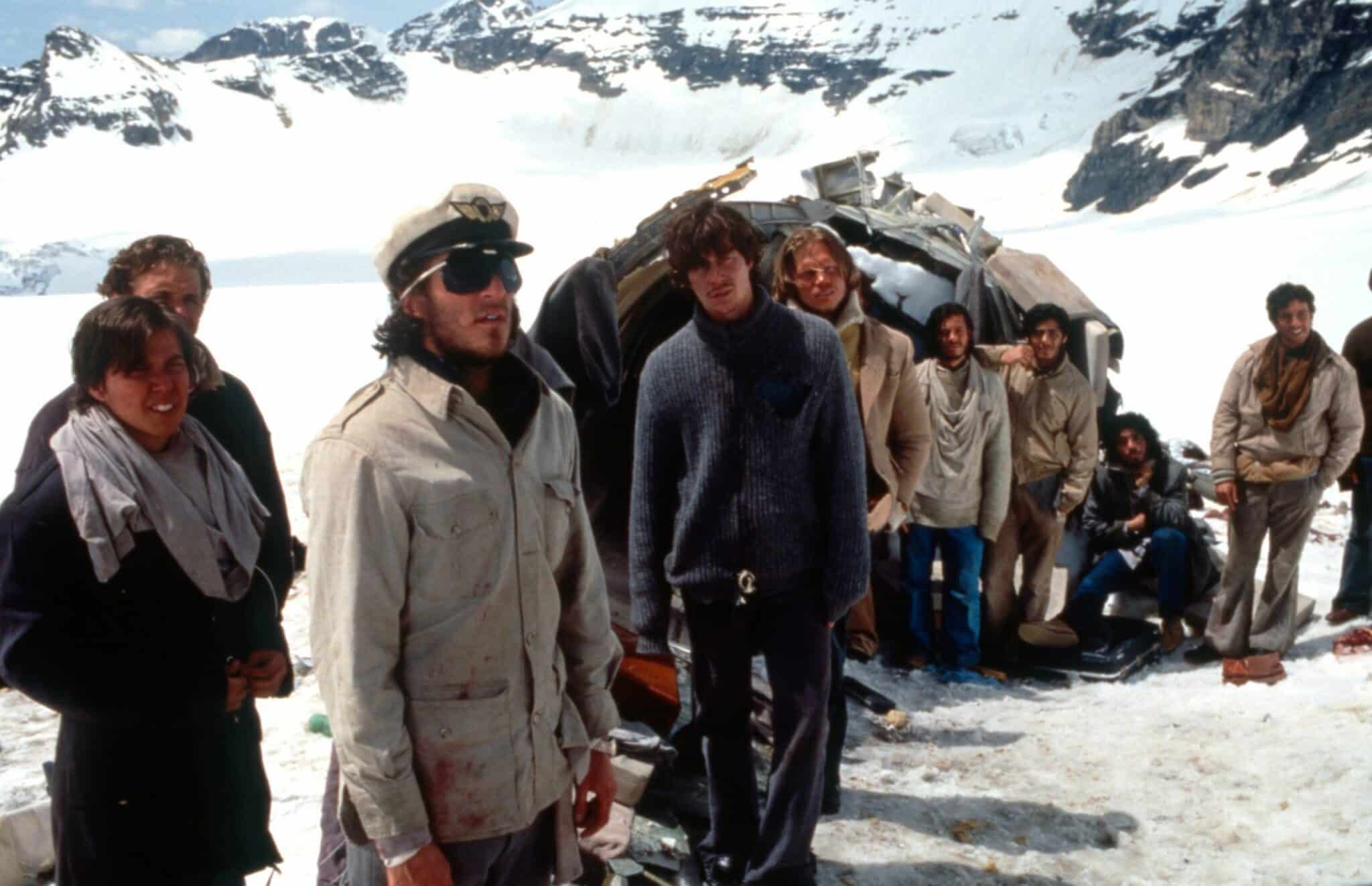 Alive did not make it to screens until just over 20 years after the horrific real life events, and 18 years after the book Alive: The Story of the Andes Survivors was first published. A screenplay adaptation had been doing the rounds in Hollywood since 1981, but for a very long time no studio wanted to touch it.

The story had already been loosely adapted to film once already, in the form of low-budget Mexican production Survive! This was considered a sleazy exploitation film, as had long tended to be the case with films that prominently featured cannibalism, and because of this many in Hollywood felt that it was not subject matter fitting for a prestigious big budget movie.

1. It was the last film of producer Robert Watts 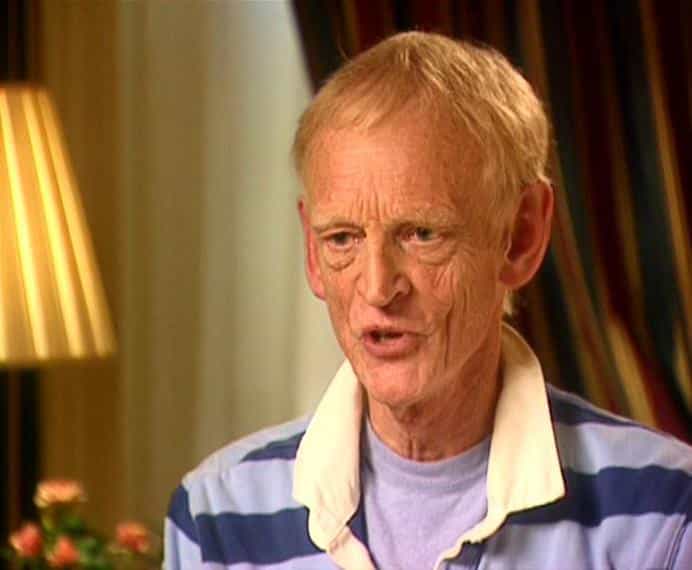 Alive was the final film from Robert Watts, the British film producer who rose to prominence working with George Lucas and Steven Spielberg. After serving as an associate producer on The Empire Strikes Back and Raiders of the Lost Ark, Watts progressed to full producer on such hits as Indiana Jones and the Temple of Doom and Who Framed Roger Rabbit.

After Alive, Watts served as executive producer on Steven Seagal movie On Deadly Ground, and then retired. He produced Alive alongside Kathleen Kennedy, who has also worked closely with Spielberg and Lucas over the years, and is President of Lucasfilm today. In addition, Kennedy is director Frank Marshall’s wife, the two having wed in 1987.