Telling the story of a relationship between an insurance investigator and a notorious criminal as they embark on a daring and dangerous heist at the turn of the new millennium, Entrapment brought together the late Scottish actor Sir Sean Connery and his Welsh co-star Catherine Zeta-Jones. Below are 10 things you probably didn’t know about this daft but extremely entertaining crime caper from 1999.

10. A number of spectacular action sequences were scrapped to save money 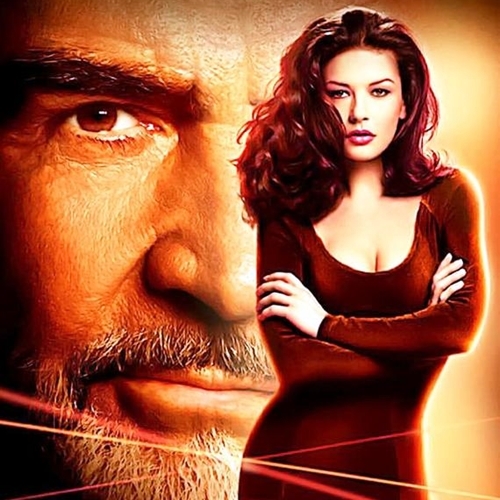 The first version of Ronald Bass’ Entrapment screenplay contained a number of exciting action sequences that didn’t make it into the completed film.

Many of these sequences – including a robbery that took place aboard a moving train – were scrapped in order to cut the film’s budget by $50 million.

9. The film could have starred Nicole Kidman or Angela Bassett instead of Zeta-Jones 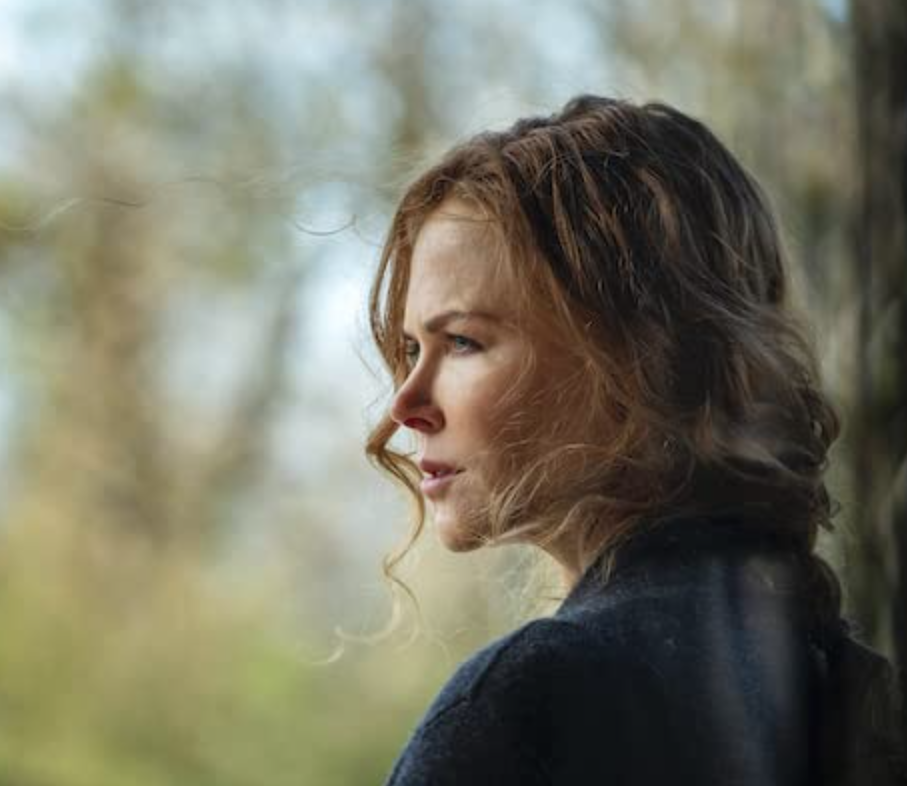 Whilst it appears that the late Sir Sean Connery was always first choice for Entrapment’s male lead, a number of different actresses were considered for the role that would eventually be given to Catherine Zeta-Jones.

Nicole Kidman was said to have been first choice, whilst Angela Bassett also auditioned for the part.

8. The film’s leading couple had a 39-year age gap 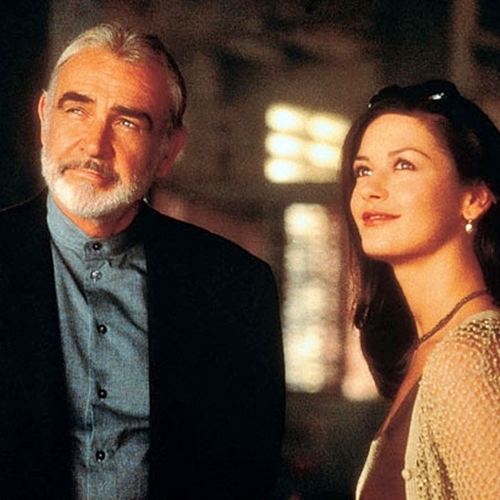 Entrapment asked us to accept a nearly four-decade age gap between its leading couple Sean Connery and Catherine Zeta-Jones in the roles of Robert ‘Mac’ MacDougal and Virginia ‘Gin’ Baker.

There were 39 years between the then 69-year-old former James Bond and his 30-year-old Welsh co-star Zeta-Jones, who only a year later would marry Michael Douglas, an Academy Award-winning actor who is 25 years her senior. 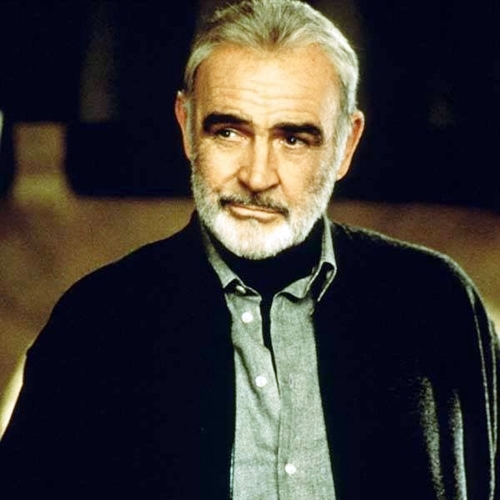 Sean Connery, who was appearing in his last romantic leading role with Entrapment, was credited by co-producer Rhonda Tollefson as being a big reason why the film came in at $2 million below its original budget.

Tollefson revealed that Connery’s “thrifty Scottish ways” saw him drive himself to the set and fly on commercial rather than private planes.

6. Catherine Zeta-Jones performed many of her own stunts 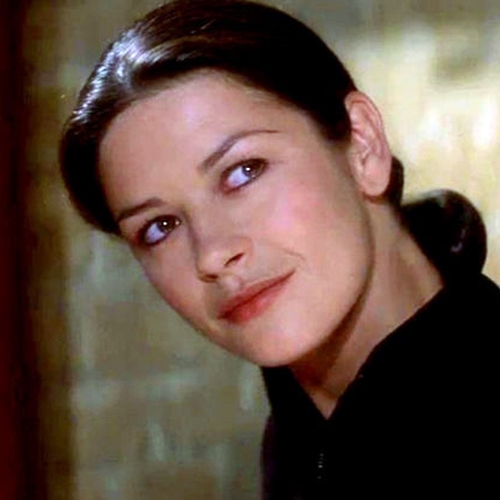 On set sources have revealed that rather than employing the skills of a stunt double, the talented Catherine Zeta-Jones performed many of her own stunts in Entrapment.

These sources claimed that Zeta-Jones did every single one of the climbing and gymnastic stunts in the film’s brilliant “I stole the Rembrandt” sequence.

5. The film was heavily criticised by the Malaysian prime minister 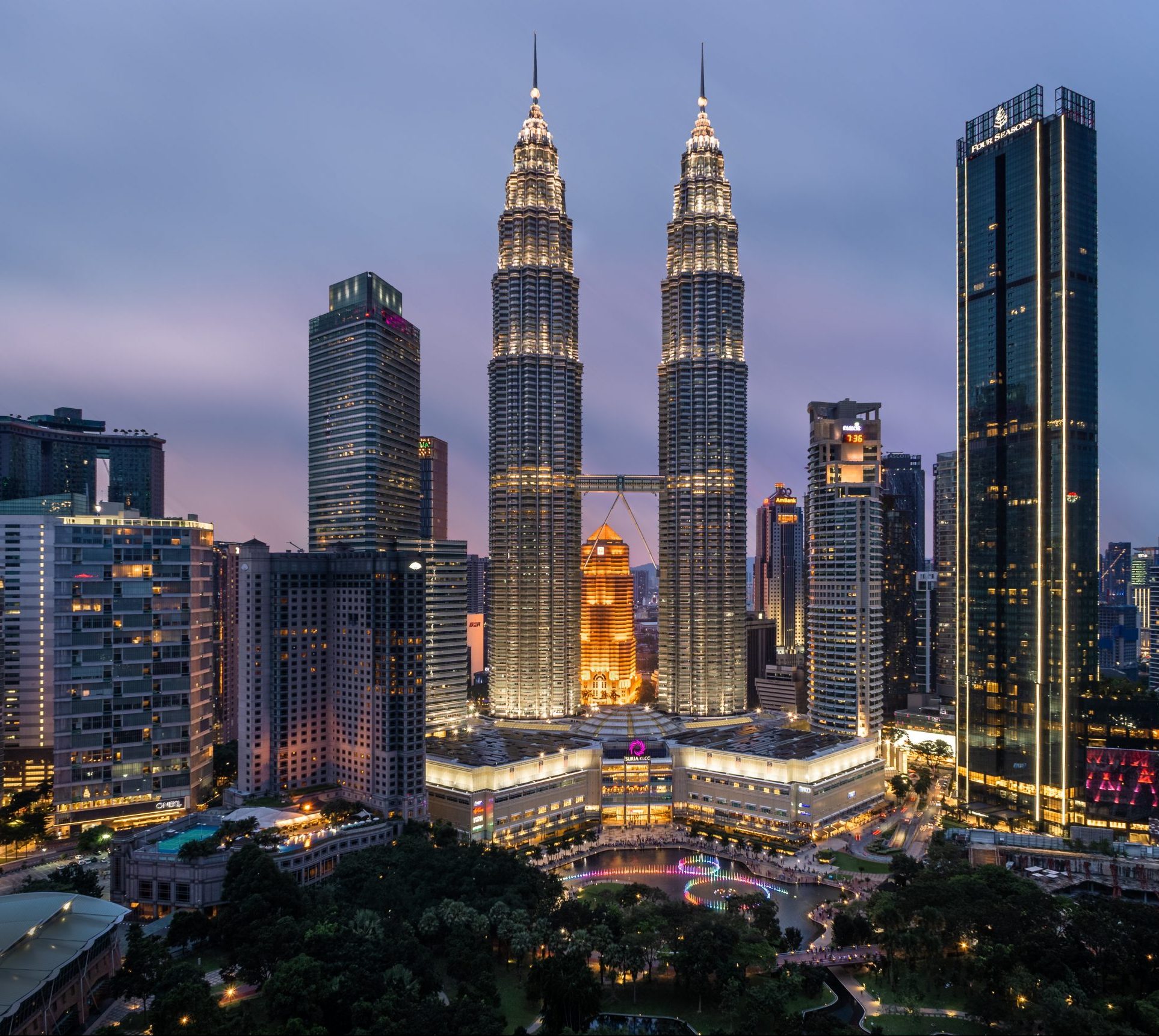 However, after it was released into cinemas the film was heavily criticised by Malaysian Prime Minister Mahathir Mohammed, who claimed that it presented “a distorted image” of his country. This was in particular reference to a sequence that showed images of the Petronas Twin Towers alongside shots of slums from the coastal town of Malacca, despite the two locations being nowhere near each other.

4. It originally had a completely different ending 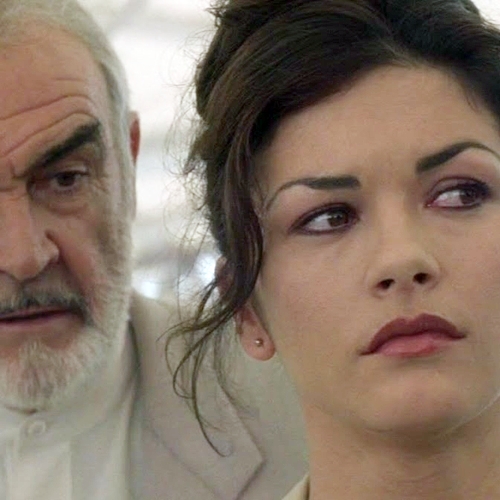 Entrapment originally had a completely different ending, which revealed that Gin was not the thief that the FBI were looking for.

This alternative denouement would have seen Gin being framed for the theft of the mask and the $8 billion bank funds, whilst Hector would have been revealed as the thief.

3. It was a box office success despite receiving mixed reviews from critics 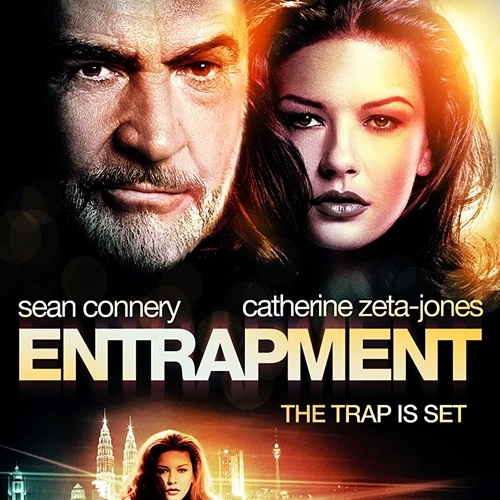 Entrapment received mixed reviews from film critics, because whilst the late Roger Ebert believed that it “rivalled the Bond films in its climactic action sequence,” OK! were critical of what they believed was a far-fetched leading couple, writing “Sean Connery and Catherine Zeta-Jones? You gotta be kidding. The film’s alright-ish.”

This lukewarm response didn’t stop audiences flooding into cinemas however, and the film went on to bring in a respectable £212 million at the worldwide box office from a budget of around $66 million.

2. The film’s love scene has been voted the second worst of all time 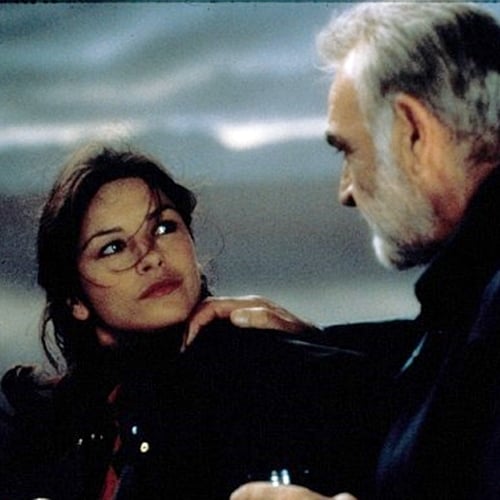 The love scene between Sean Connery and Catherine Zeta-Jones in Entrapment was voted the second worst of all time in 2003.

The poll, which was voted for by readers of Film magazine, had Joe Pesci and Sharon Stone’s love scene from 1995’s Casino in the number one spot.

1. Plans for a sequel were eventually abandoned 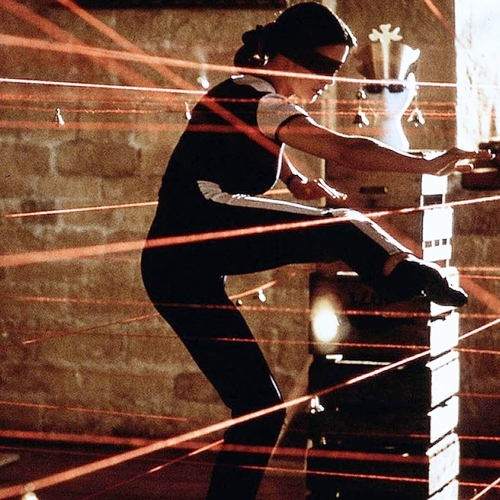 The success of Entrapment at the box office meant that ideas for a sequel were discussed before eventually being abandoned.

Entrapment 2 would have followed Gin as she attempted to cope with the recent death of Mac, a plot point that was forced by Sean Connery’s retirement from acting in 2003.