A clever, thought-provoking satire of US TV news that is also a deeply funny romantic comedy, Broadcast News was released to critical acclaim in December 1987.

Giving us a love triangle that was played brilliantly by William Hurt, Albert Brooks and Holly Hunter, Broadcast News featured in many people’s 1987 ‘best of’ lists.

Below are 10 things you probably didn’t know about the film that the late film critic Roger Ebert described as being ‘as knowledgeable about the TV newsgathering process as any movie ever made.’ 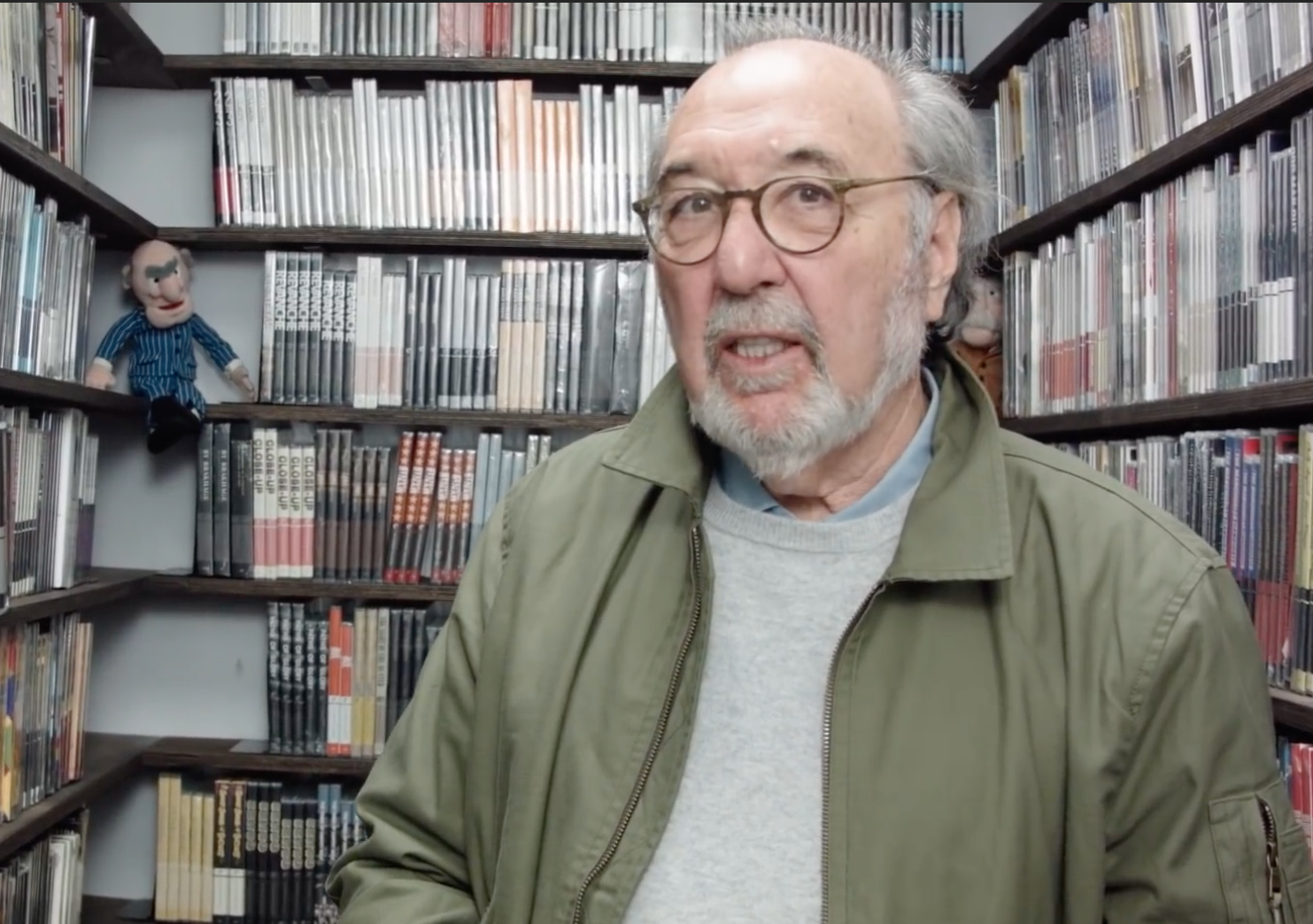 Broadcast News’ director, writer and producer James L. Brooks has a lifelong obsession with journalism, having once said that he “was, and am, a news buff.”

Brooks actually used to work in the industry, revealing that “when I was lucky enough to get a job at CBS News, it was a dream life. I couldn’t believe I was in the newsroom. I actually got to bring coffee! It was fantastic.”

9. Debra Winger pulled out of starring in the film at short notice when she became pregnant 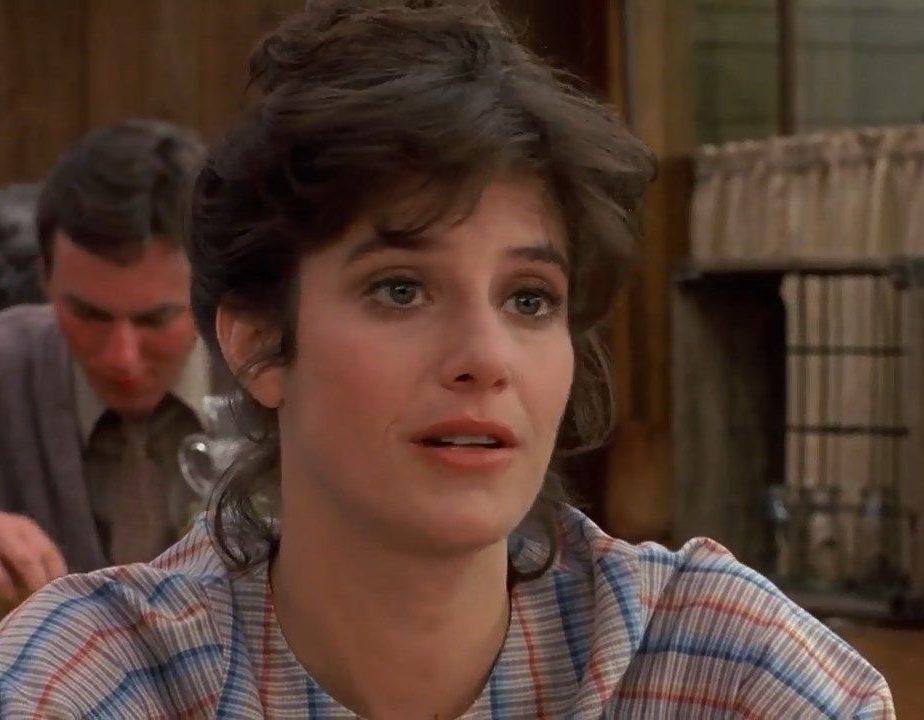 Unfortunately, Winger had to pull out of starring in Broadcast News when she became pregnant, and was replaced with Holly Hunter just two days before the cameras started rolling. A number of different actresses were said to have been considered to replace Winger, including Sigourney Weaver. 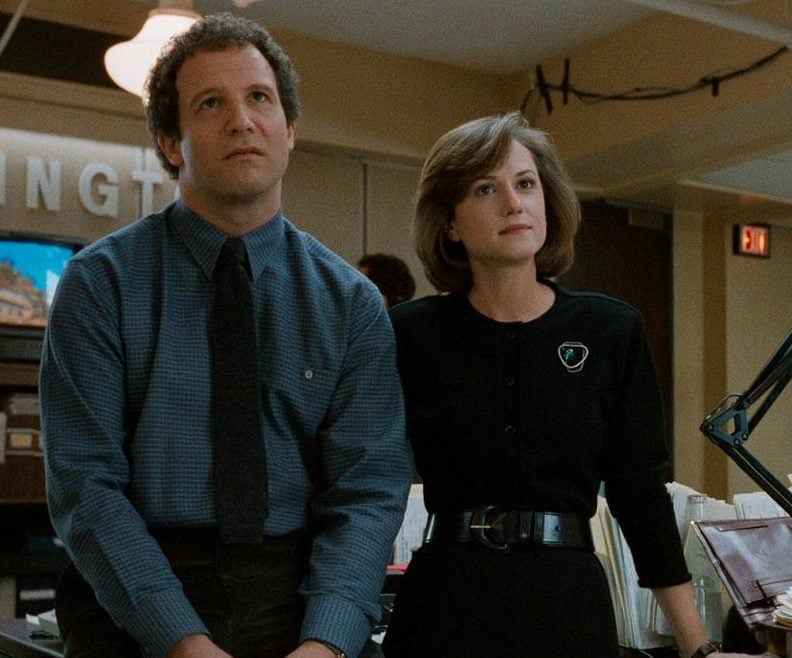 Holly Hunter’s Broadcast News character Jane Craig, who has emotional breakdowns pretty much every day, was based on the real-life journalist and news producer Susan Zirinsky.

Zirinsky, who has been the President of CBS News since January 2019, was also a associate producer and technical advisor on Broadcast News.

7. Jack Nicholson asked not to be paid for his role in the film 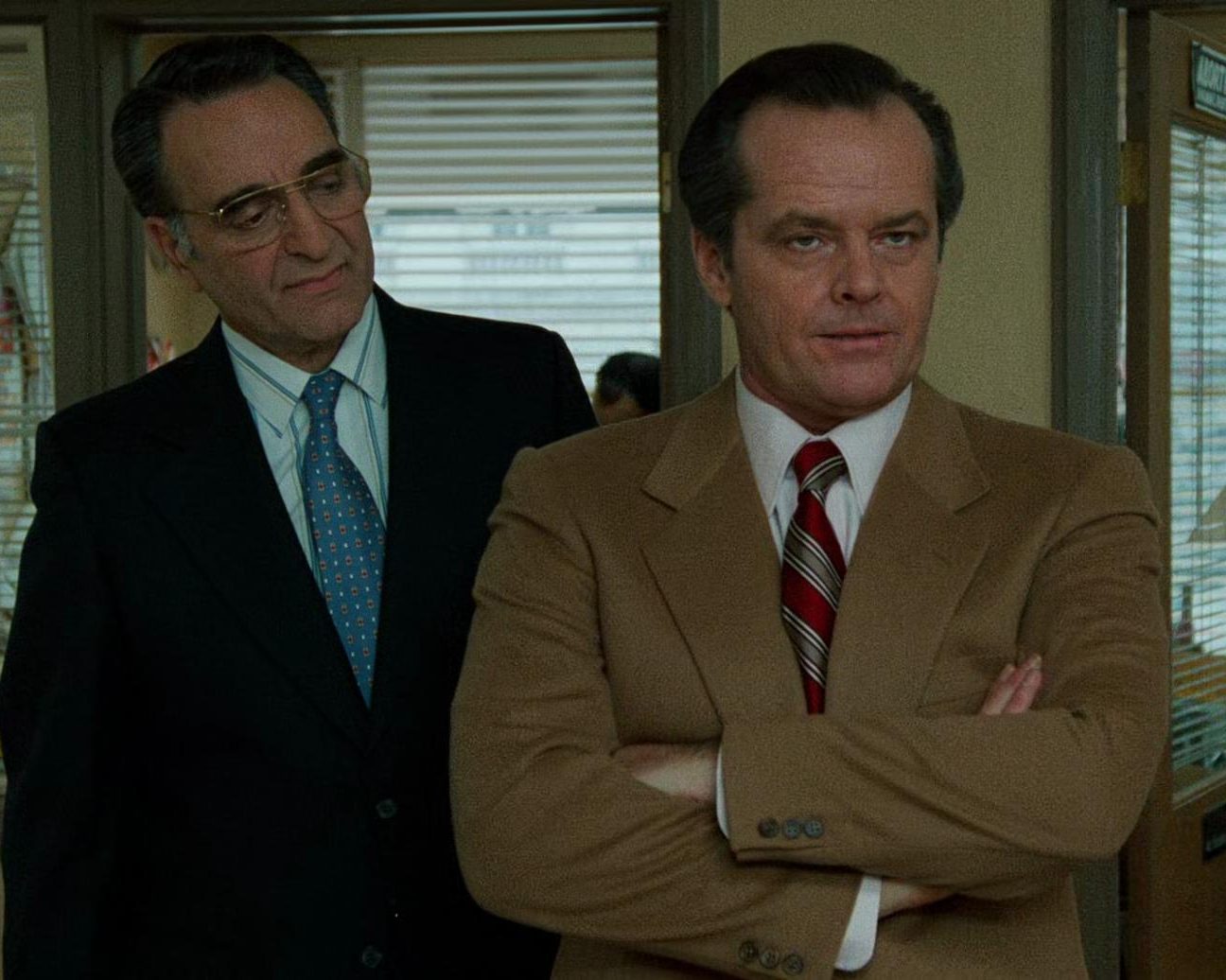 Jack Nicholson, who has a small role in the film as Bill Rorish, requested that he not be paid at all for his performance, and also that he wouldn’t feature in any of the film’s promotional material.

Nicholson, who had already won a Best Supporting Actor Academy Award for his role in James L. Brooks’ 1983 film Terms of Endearment, would go on to pick up the Best Actor Oscar for his performance in Brooks’ 1997 comedy As Good As It Gets.

6. William Hurt was only seven years younger than his on-screen father 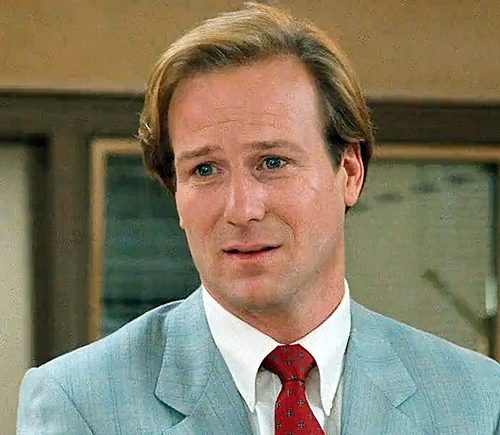 William Hurt was actually only seven years younger than the actor Stephen Mendillo, who plays his father in the film.

Stephen Mendillo is best known for starring in the films Slap Shot, Lone Star and The Artist, and has been married to the actress Lisa Blake Richards since 2000.

5. John Cusack’s surname is spelt incorrectly in the film’s credits 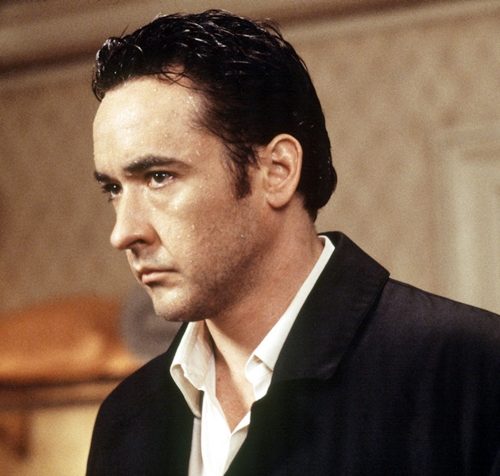 Broadcast News features an extremely brief appearance by John Cusack, who is credited as playing the ‘Angry Messenger’ who swears and throws a bag onto the floor of the news office. Bizarrely though, Cusack’s surname is incorrectly spelt as ‘Cusak’ in the film’s credits!

Broadcast News is one of ten films in which John stars alongside his sister Joan Cusack, who plays Blair Litton in the film. Other films in which the pair have appeared together include Sixteen Candles, Grosse Pointe Blank and High Fidelity.

4. Tom originally ended up with Jane at the end of the film 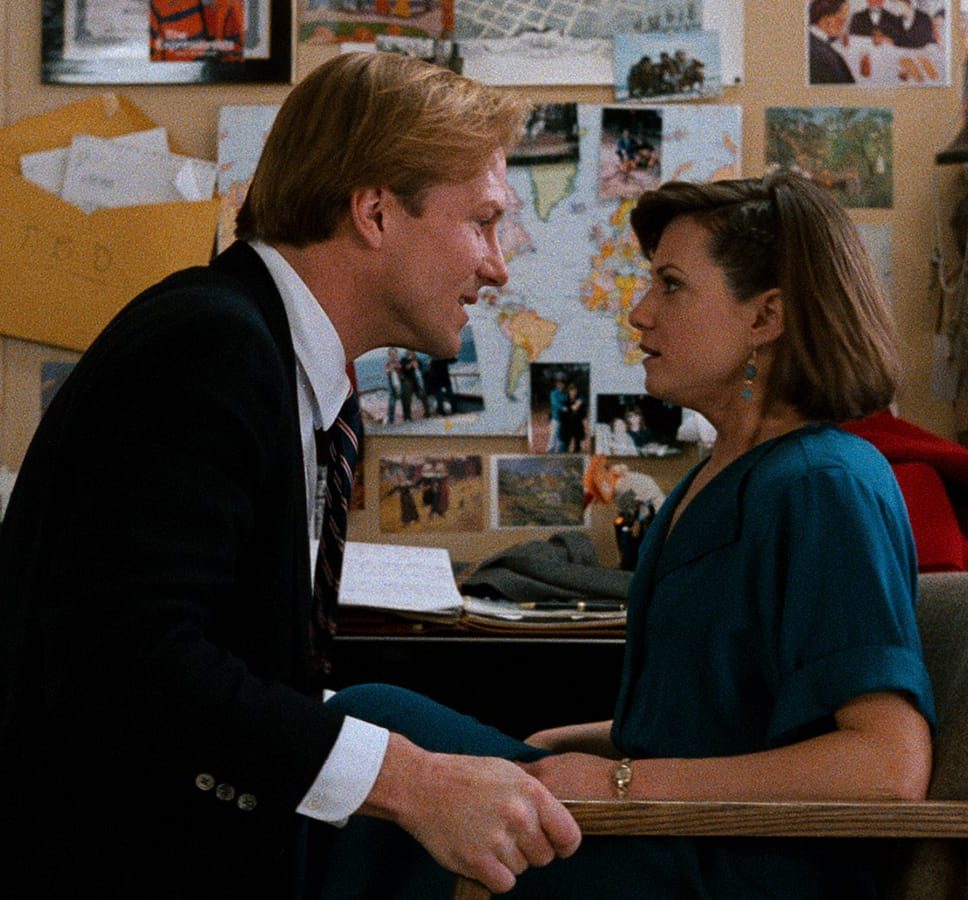 Although Holly Hunter’s Jane ends the film with a brand new boyfriend, the film’s director James L. Brooks once revealed that she could have ended up with William Hurt’s Tom, a denouement that was actually filmed and later rejected.

“[Hurt and Hunter] saw that scene later, and they both thought I should end the movie that way,” Brooks has been quoted as saying. “But it just wasn’t right.”

3. It was nominated for seven Academy Awards but failed to win any 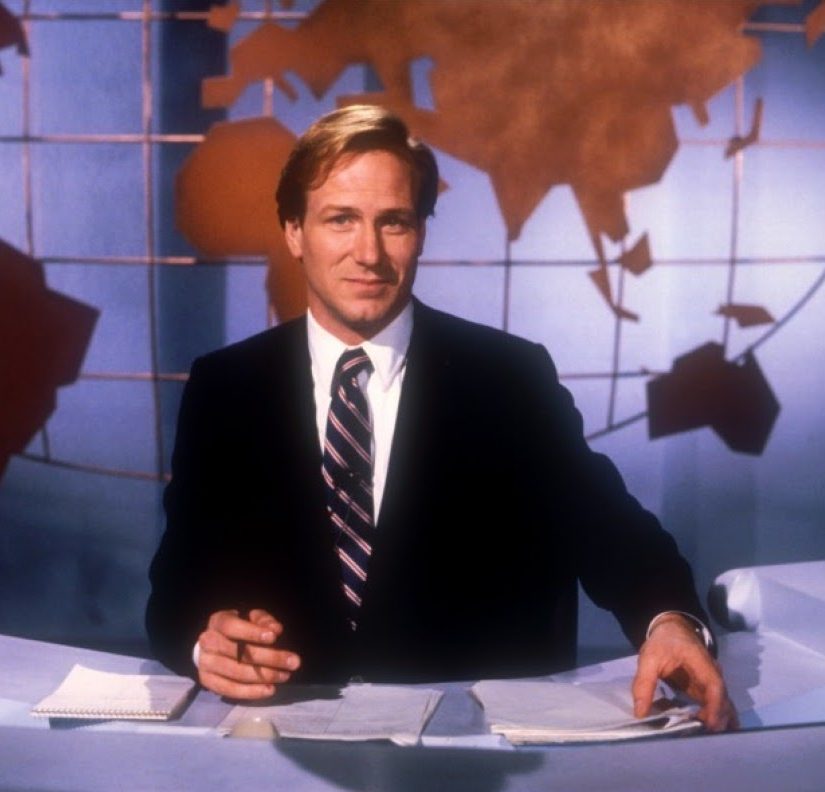 Broadcast News was a success with both critics and film-goers, making $68 million from a budget of just $15 million, and it also proved to be a big success during awards season.

But despite being nominated for an impressive seven Academy Awards, including Best Picture, Best Actor (William Hurt), Best Actress (Holly Hunter) and Best Supporting Actor (Albert Brooks), the film’s cast and crew went home empty-handed at the end of the night.

2. It contains one of the top 100 film quotes of all time (according to the American Film Institute, anyway) 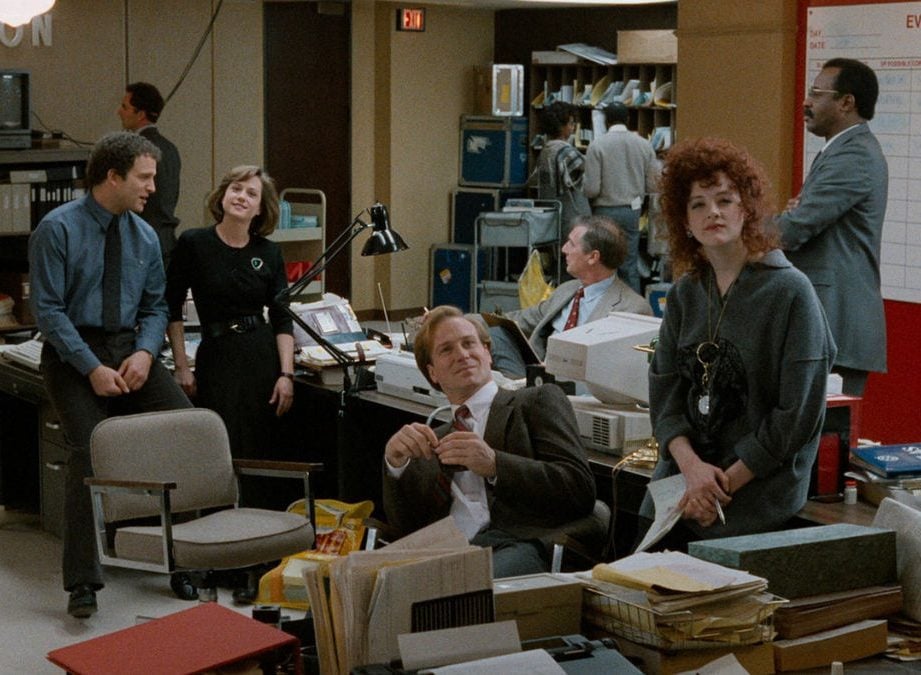 According to the American Film Institute, Broadcast News contains one of the top 100 film quotes of all time.

The line that made it into the AFI’s ‘100 Years…100 Movie Quotes’ list was Albert Brooks’ Aaron Altman telling Holly Hunter’s Jane Craig: “I’ll meet you at the place near the thing where we went that time.”

1. It wasn’t the last time that William Hurt and Holly Hunter would star together 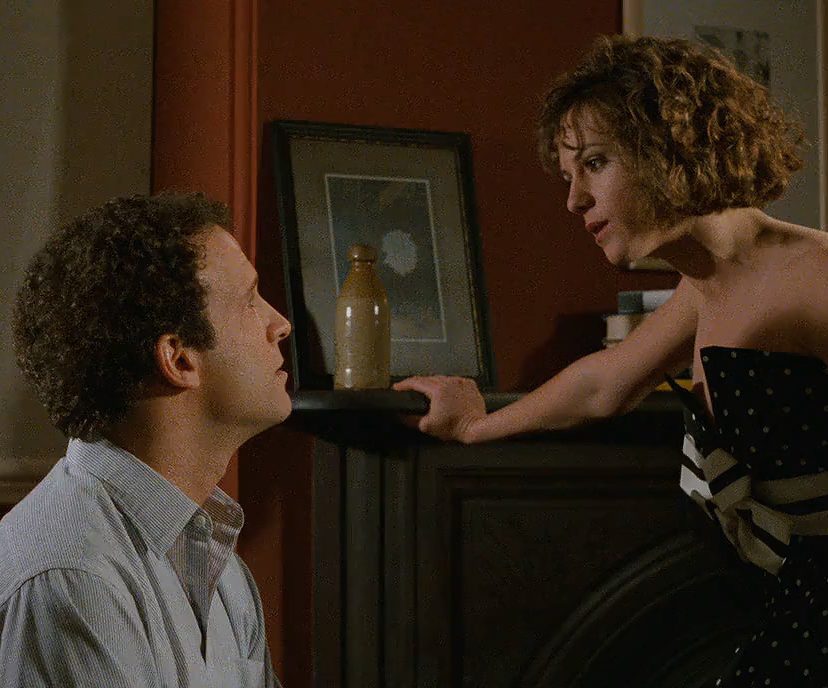 Broadcast News wasn’t the last time that William Hurt and Holly Hunter would star in a project together, as in 2013 they also appeared in the TV miniseries Bonnie & Clyde.

Hurt and Hunter even shared the same birthday: 20th March.