Here we are at the dawn of the 2020s, reflecting on the past and looking forward to the future with that usual, awkward blend of hope and fear. As much as we do this at the start of every decade, such anxious reflection and future speculation was never more intense than in the late 90s, when the turn of the millennium was in sight.

It’s hard to think of any movie which played more heavily on pre-millennium fears than 1995’s Strange Days, a gritty, socially conscious thriller with just a hint of science fiction, set in what was then the near-future of New Year’s Eve 1999: the date on which, at the time, some anxious souls seemed to really believe the world was about to end.

Let’s jack in and wire-trip back to the late 90s with some facts about this dark cyberpunk thriller.

10. The film was James Cameron’s idea 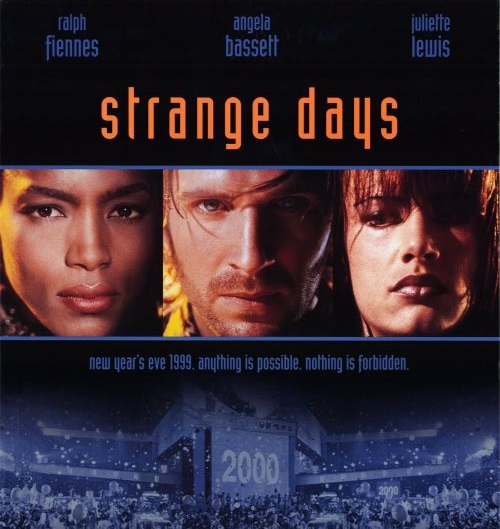 James Cameron dreamed up Strange Days – a dystopian noir in which the new illegal technology of the ‘wire’ allows people to relive the recorded memories of others – all the way back in 1986, the same year he made Aliens. Years later he discussed it with Kathryn Bigelow (the filmmakers were married at the time, although they had divorced once Strange Days was in production).

Bigelow loved the idea, and they started developing the film after the success of her 1991 feature Point Break, on which Cameron had served as executive producer.

9. It’s from the screenwriter of Gangs of New York 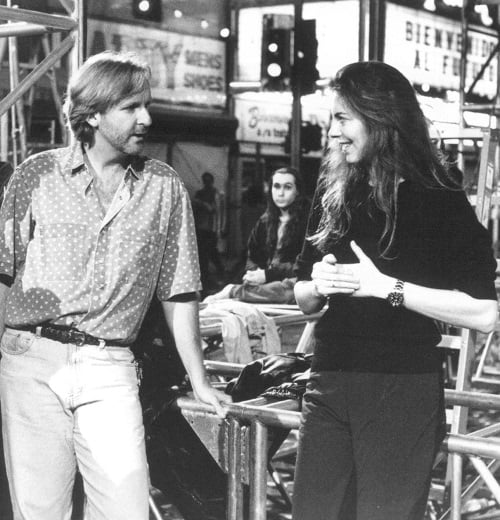 The core idea for Strange Days came from Cameron, and he and Bigelow worked out the details of the story, but Strange Days was made into a full script by writer Jay Cocks. While his only produced script at the time was for Martin Scorsese’s 1992 film The Age of Innocence, Cocks had penned an earlier screenplay, Gangs of New York, which Scorsese was still trying to get made (and eventually would in 2002).

Cocks wrote the script based on Cameron’s 90-page treatment, and Cameron made some further revisions to Cocks’s script afterwards, hence his co-writer credit.

8. It’s named after a song by The Doors 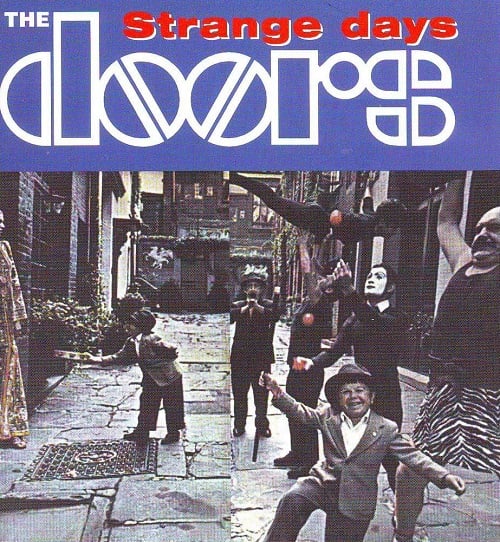 Strange Days is named after a song by influential rock band The Doors, the title track of their 1967 album. A cover version of the track by 90s band Prong (featuring original Doors keyboardist Ray Manzarek) is heard in the film.

Interestingly, Kathryn Bigelow’s previous film Point Break was at one point entitled Riders on the Storm – which is also the name of a song by The Doors. 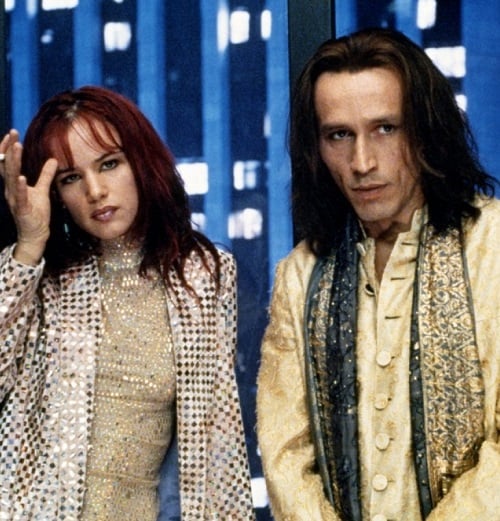 There’s another Doors connection in actor Michael Wincott, who plays shady music mogul Philo Grant in Strange Days. Wincott previously appeared in Oliver Stone’s 1991 biopic The Doors, although the gravel-throated actor is probably best remembered for his villain roles in Robin Hood: Prince of Thieves and The Crow.

However, Wincott wasn’t the first choice to play Grant; U2 frontman Bono is believed to have been considered for the role.

6. It was directly inspired by Rodney King and the LA riots 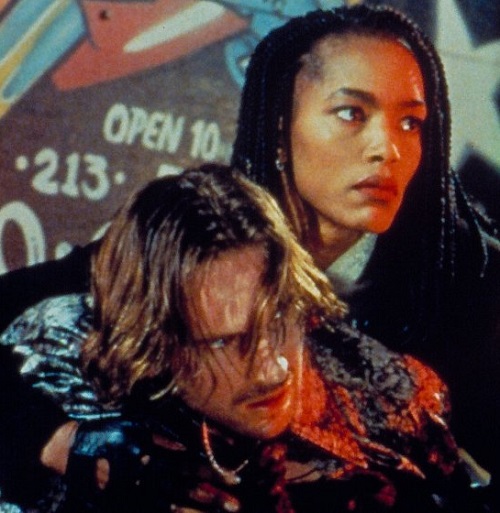 How’s about this for a contravention of traditional gender roles: through the development of Strange Days, James Cameron was mostly working on the love story aspects, whilst Kathryn Bigelow was more interested in bringing in hard-edged social realism reflective of current events.

As such, the volatile atmosphere of the film’s imaginary 1999 Los Angeles took inspiration from the 1992 LA riots which came in the wake of the Rodney King trial. The notorious John Wayne Bobbitt case is also said to have been an inspiration. 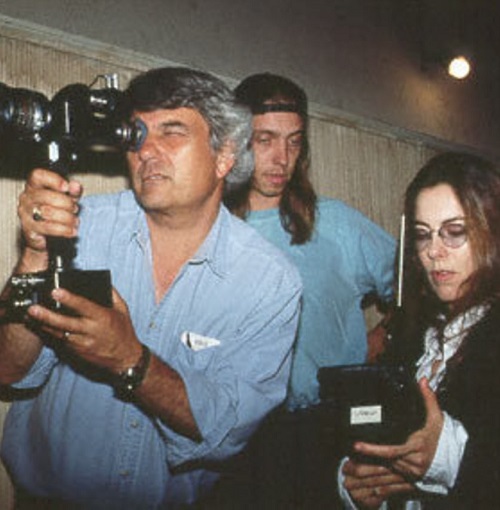 The four-year gap between Point Break and Strange Days is partially down to the fact that the research team at Cameron’s Lightstorm Entertainment needed an entire year to develop a groundbreaking new camera for the film’s ambitious POV ‘wire-trip’ sequences, once it became obvious that existing technology could not do what Bigelow wanted.

While today’s digital technology would make it easy, at the time they had to create a small, lightweight 35mm camera which could be mounted on a specially constructed rig allowing for great freedom of movement, creating that sense that the viewer is literally seeing from a character’s perspective.

4. Juliette Lewis performs all her own vocals in the film 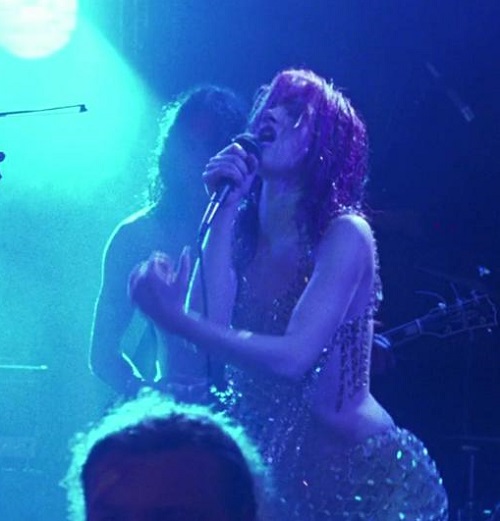 Part of why Juliette Lewis was cast as Faith, the rock singer ex-girlfriend of Ralph Fiennes’ cop-turned-wire pusher Lenny, was the fact that she was able to sing. Both the songs Lewis performs in the film (Hardly Wait and Rid of Me) were originally recorded by British musician PJ Harvey; Bigelow was a big fan of the singer, and chose the songs personally.

Years later, Lewis would embark on a side career in music, first with her band Juliette and the Licks, and later as a solo artist. 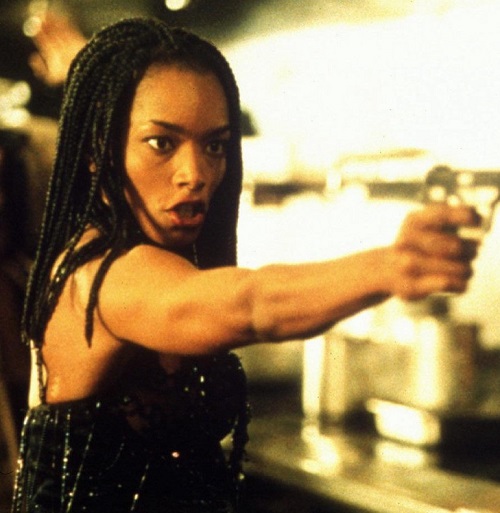 Probably the most memorable performance in Strange Days comes from Angela Bassett as Mace, Lenny’s tough and principled best friend who’s secretly in love with him. She disapproves of Lenny’s use of the ‘wire’ and his insistence on living in the past, at one point shouting at him, “This is your life! Right here! Right now!”

Clearly this scene made an impact on British musician Norman Cook, AKA Fatboy Slim, as he sampled these lines in his song Right Here, Right Now; featured on his 1998 album You’ve Come A Long Way, Baby, it was later a hit single in spring 1999.

2. A real rave was thrown for the Millennium Eve street party sequence 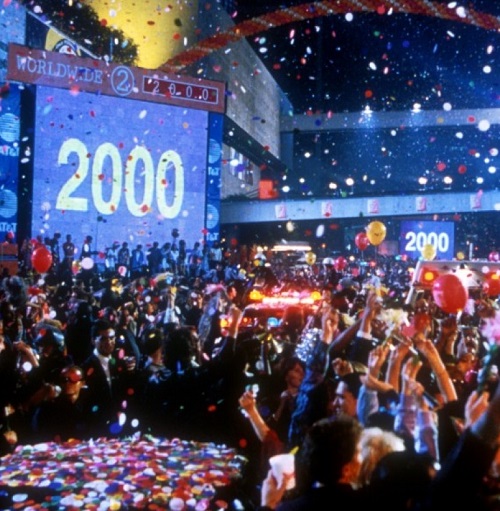 If the climactic December 31st 1999 street party sequence feels strikingly realistic, that’s probably because the Strange Days crew literally threw a rave on the streets of LA for the sequence. Over 10,000 people were in attendance – and, unlike most film extras who get paid, attendees here had to pay $10 a piece!

Unfortunately things got a little too real, and the event had to be called off early when several attendees were hospitalised after using Ecstasy.

1. The film was such a huge flop it almost ended Kathryn Bigelow’s career 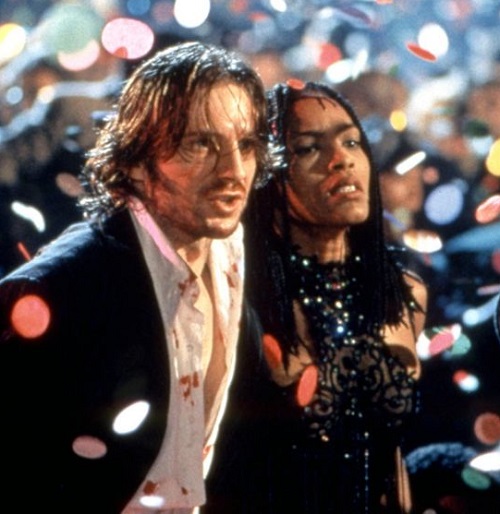 Having cost $42 million to make, Strange Days proved to be a box office disaster, taking just under $8 million from US theatres. It probably didn’t help that the film massively divided critics, with some hailing it as visionary, others lambasting it for its harsh tone and content.

For a time the film looked to have killed Kathryn Bigelow’s career. Happily, Bigelow worked her way back up, and ultimately became the first woman to win the Best Director Oscar for 2009’s The Hurt Locker (in which Ralph Fiennes has a small role).