It may have been an inevitable follow-up to a film that made millions of dollars at the box office, but there is still so much to love about the first Lethal Weapon sequel. Reuniting director Richard Donner with stars Mel Gibson and Danny Glover, Lethal Weapon 2 sees police officers Martin Riggs and Roger Murtaugh taking on a gang of South African drug dealers, and most would agree that it’s every bit as entertaining as its 1987 predecessor. Below are 10 things you probably didn’t know about the brilliant Lethal Weapon 2.

10. Shane Black’s original script was rejected for being “too dark and bloody” 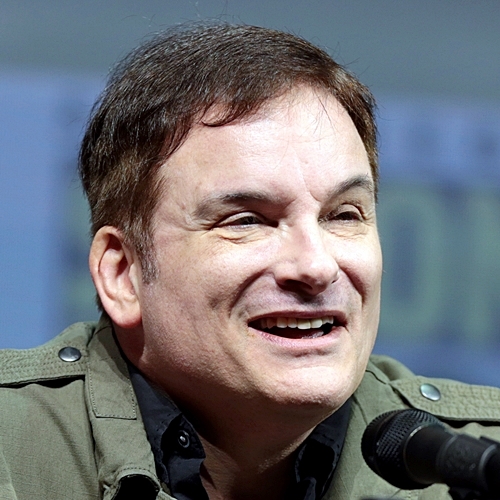 Shane Black, who wrote the screenplay for the first Lethal Weapon film, was also asked to put pen to paper on the sequel.

Unfortunately, Black’s script, which he gave the working title Play Dirty, was rejected by director Richard Donner, producer Joel Silver and Warner Bros for being “too dark and bloody.”

9. Martin Riggs was originally going to die at the end of the film 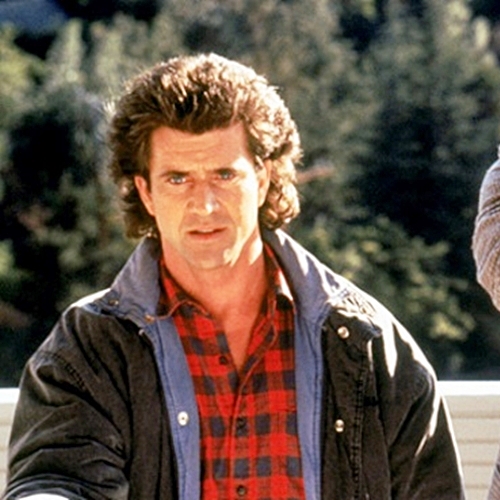 Another aspect of Shane Black’s original script, which he has described as “the best thing I ever wrote,” was the death of Gibson’s Martin Riggs at the end of the film.

Warner Bros asked Black to rewrite the script, as they were keen to expand the franchise beyond its two initial films and were also looking to inject a higher dose of comedy into the film, but the screenwriter felt rejected and eventually decided to leave the project completely.

8. Mel Gibson was drinking five pints of beer for breakfast 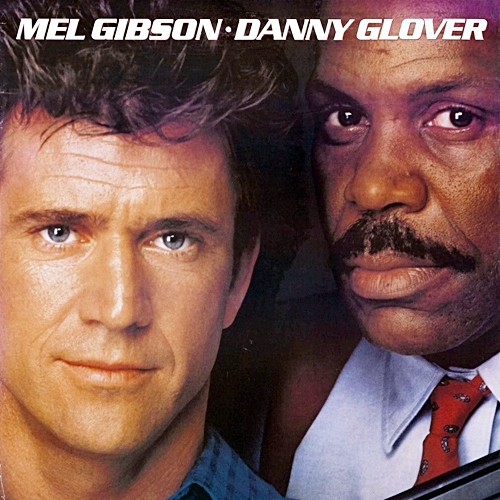 Whilst Lethal Weapon 2 was being filmed, Mel Gibson admitted to Richard Donner that his issues with alcohol meant he was drinking five pints of beer for breakfast.

This came as something of a shock to the director, who had been impressed with Gibson’s punctuality and professionalism throughout the shoot.

7. Joe Pesci based his character on Disneyland employees 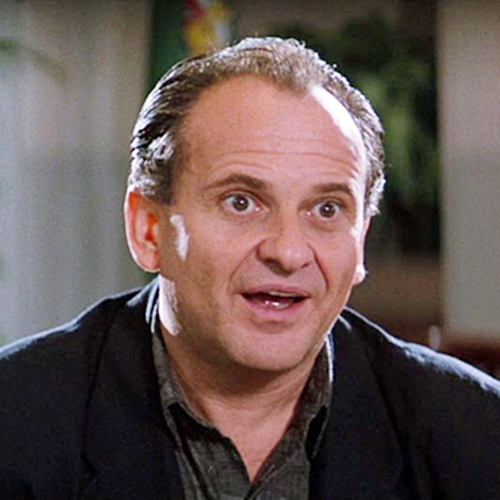 The role of annoying federal witness Leo Getz was originally offered to Memento and Bad Boys star Joe Pantoliano, but after a scheduling conflict saw him having to pull out, Joe Pesci was brought in instead.

Pesci, who most definitely made the role his own, based his memorable “OK OK OK” phrase on employees at Disneyland giving directions to their guests.

6. A single scene cost the production half a million dollars 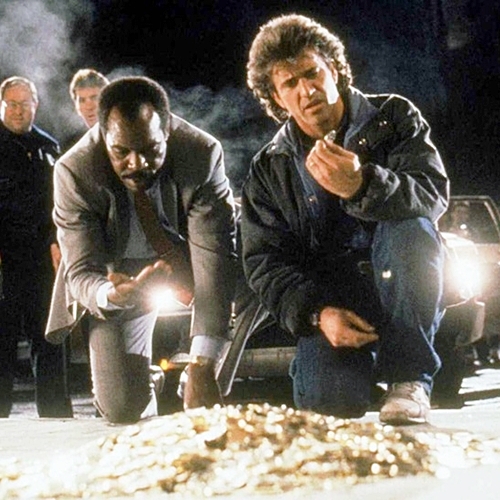 Remember the brilliant sequence in which Riggs pulls down and destroys a mountain top house by attaching cables to its stilts?

Well, that scene alone took a massive half a million dollar chunk out of the film’s $30 million budget. 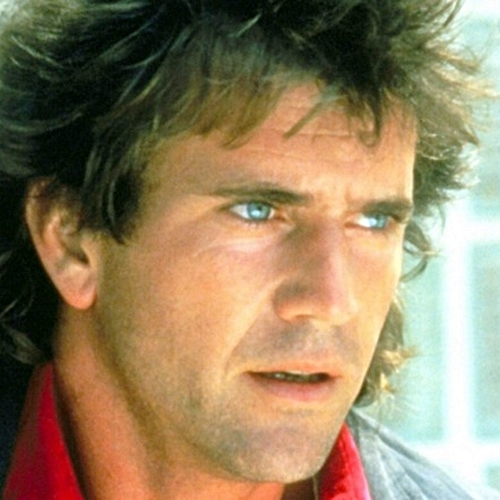 Despite it being rejected by Richard Donner, Joel Silver and Warner Bros, Martin Riggs’ controversial death scene was still filmed and presented to test audiences.

Test screenings featured both versions of the ending, but perhaps unsurprisingly audiences reacted more favourably to the one in which Riggs survived.

4. It was one of the first films not to display opening credits 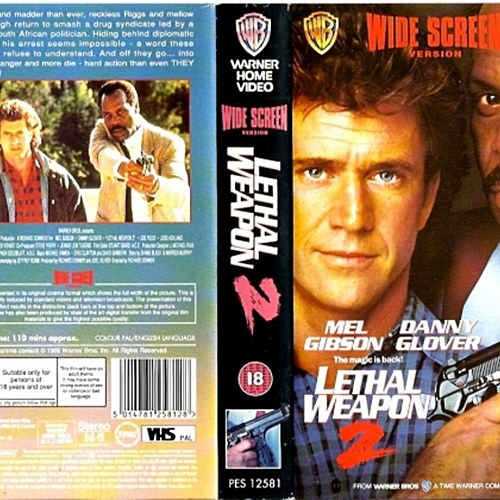 Lethal Weapon 2 was one of the first times that a Hollywood production displayed the film’s title at the start, without going on to list any further cast and crew credits.

Early exceptions to this rule, which has become the norm for most modern day films, were the original Star Wars trilogy films and 1989’s Ghostbusters II. 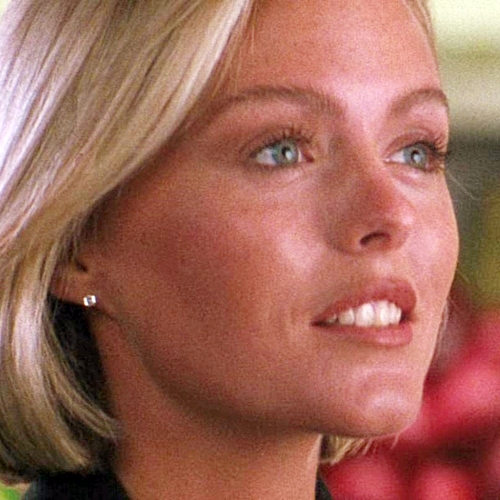 Kensit, who once worked as a model, also formed and became the lead singer of a band called Eighth Wonder, and their track I’m Not Scared was added to the list of songs on the film’s soundtrack.

2. It made more money than the first Lethal Weapon film 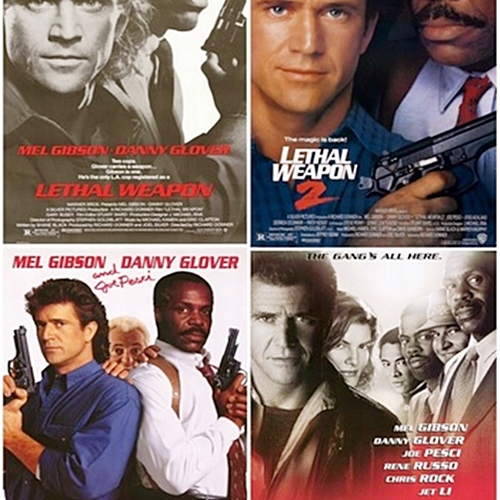 The first Lethal Weapon film was a big success, making over $120 million from a budget of just $15 million, but Lethal Weapon 2 brought home the bucks in an even more impressive way.

A $228 million box office take from a $30 million budget meant that Lethal Weapon 2 was an even bigger earner – and the highest-grossing film of 1989 in the United States – but both were eclipsed by 1992’s Lethal Weapon 3, which made a profit of just under $300 million.

1. It was nominated for an Academy Award 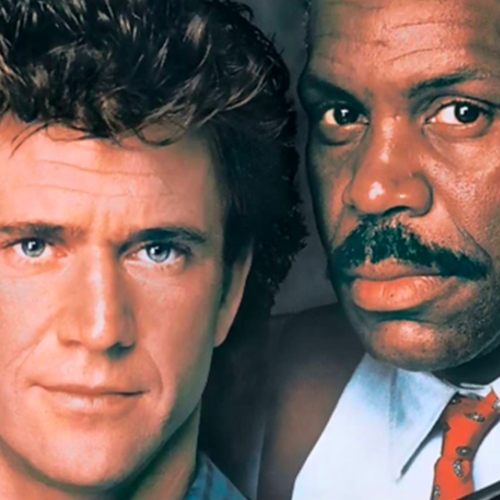 You may be surprised to learn that Lethal Weapon 2 was nominated for an Academy Award at the 62nd annual awards ceremony in 1990.

Robert Henderson and Alan Robert Murray received a nomination in the Sound Effects Editing category, but they lost out to Ben Burtt and Richard Hymns for their work on Indiana Jones and the Last Crusade.