Back in the 80s and 90s, computers were still considered a niche interest, and the internet was something most people had never heard of. For many who were young at the time, everything we knew about that world came from two movies: 1983’s WarGames, and 1995’s Hackers. Director Iain Softley’s hyper-cool teen movie set out to bring underground cyberpunk culture to the masses – and along the way, it introduced the world to Angelina Jolie. Here are some things about Hackers which you might not have known.

Among those who auditioned for the role were Hilary Swank, Heather Graham and Liv Tyler. Katherine Heigl was also a contender, but was taken out of the running because of her commitment to Under Siege 2: Dark Territory.

9. All the shots inside computers are practical models, not CGI 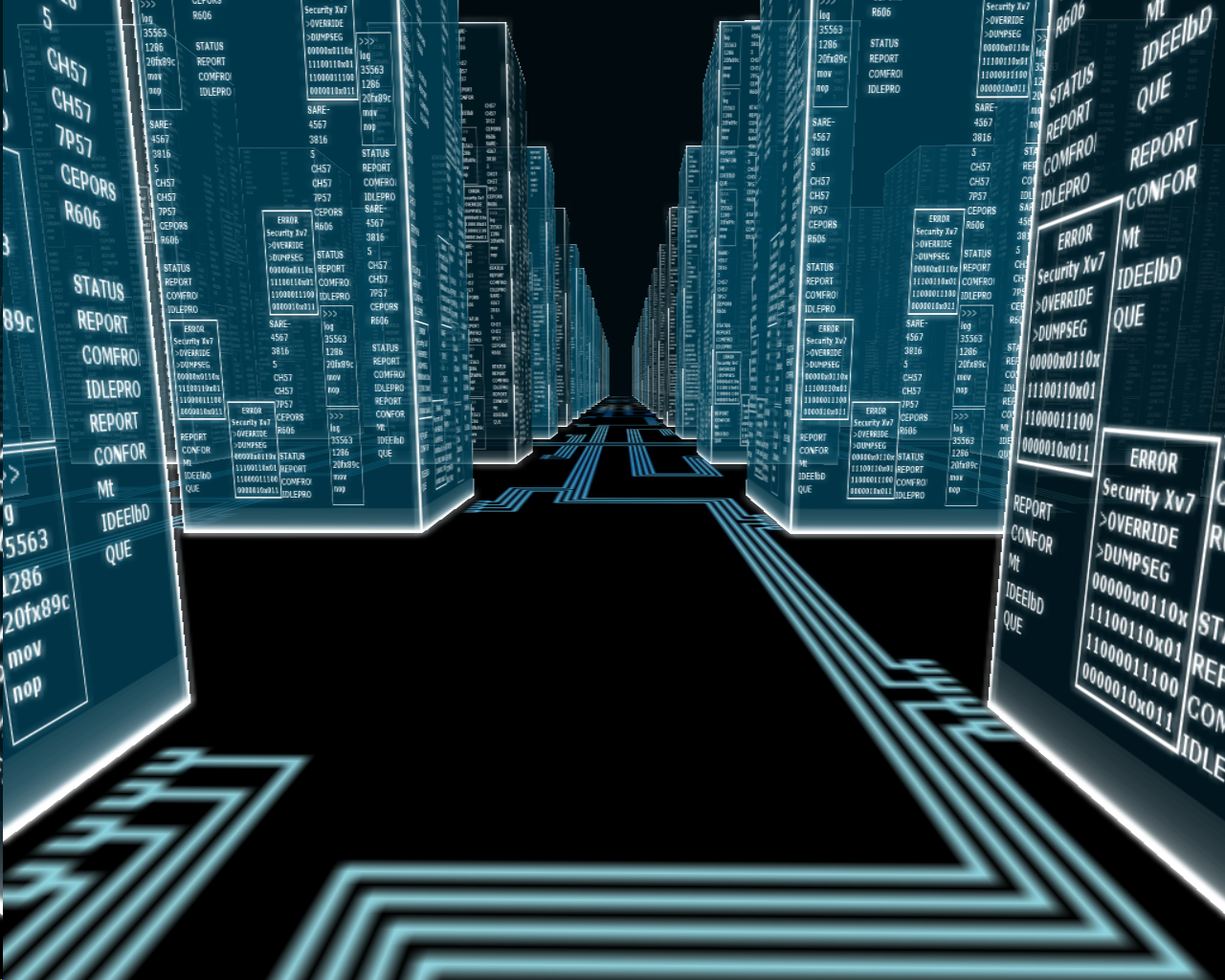 As a product of the early 90s, Hackers came out at a time when computer generated imagery was firmly established as a hot new form of FX. The film contains a lot of flashy sequences in which the camera seems to soar through the circuit boards of computers, so you might assume these shots were rendered digitally.

Yet as surprising as it might seem, these interior computer shots were achieved using practical models, because director Iain Softley was concerned that CGI would look too fake. (This was probably a good call, considering how badly a lot of early CGI has aged.)

8. The ‘Hacker Manifesto’ quoted in the movie is a real thing 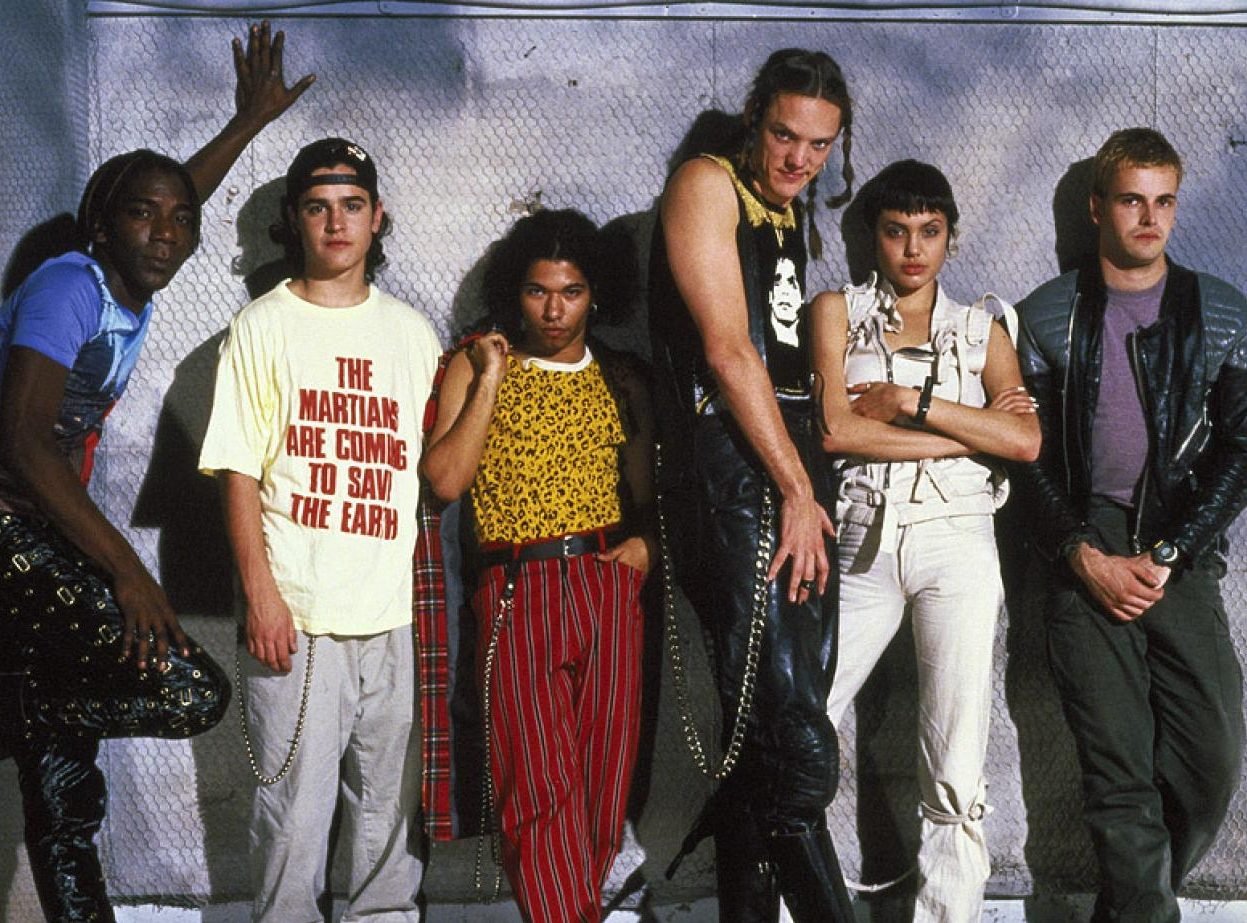 At the time that Hackers was made, public awareness of the internet and computer culture was fairly low, and computer enthusiasts were still largely stereotyped as geeks. The film set out to change that, and in doing so it drew on the real computer hacker culture of the day.

The film features quotes from a Hacker Manifesto. This was a real essay (also known as The Conscience of a Hacker) written in 1986 by a hacker known as The Mentor.

7. Quentin Tarantino was considered for the role of Eugene ‘The Plague’ Belford 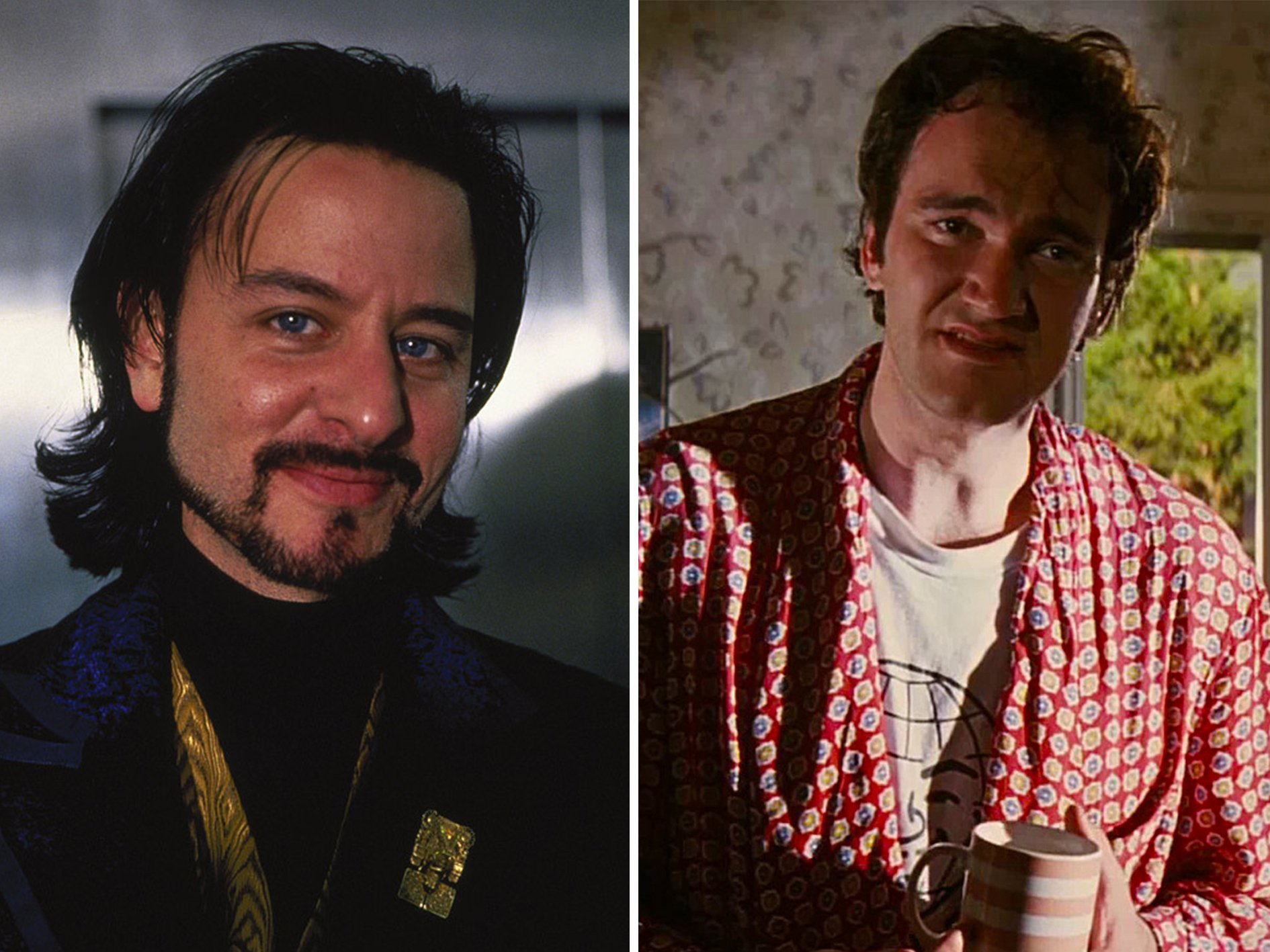 Fisher Stevens takes on bad guy duties in Hackers as Eugene ‘The Plague’ Belford, an expert hacker who has gone corporate, with a nefarious fraud scheme that targets the hacker community.

Stevens says that, before he was cast, the filmmakers were also considering filmmaker and sometime actor Quentin Tarantino for the role. 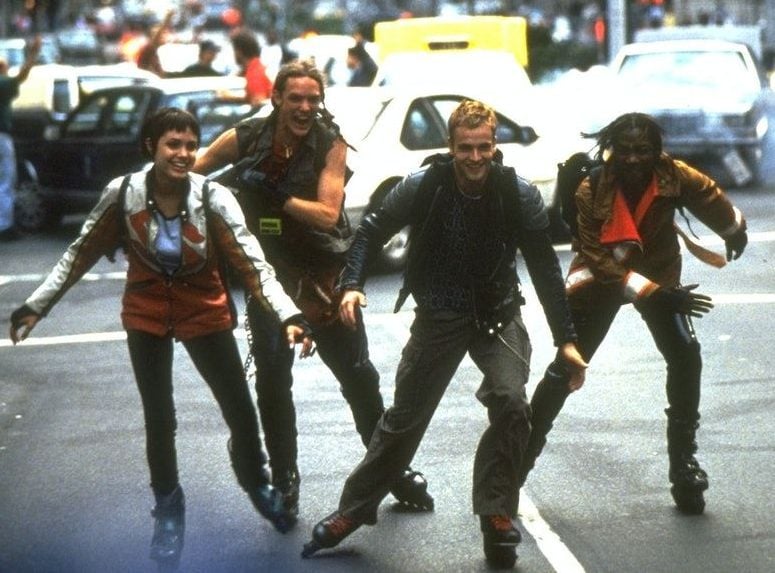 On top of the grunge/cyberpunk dress sense and terminology, another thing that very much ties Hackers to the mid-90s is the prominence of rollerblading. On top of being proficient behind a keyboard, all our rebellious young heroes can also cut it on a pair of in-line skates.

The cast members (including Johnny Lee Miller, Matthew Lillard, Laurence Mason, Renoly Santiago and Jesse Bradford as well as Jolie) spent three weeks together before the shoot, learning to rollerblade and getting to know one another in order to build a friendly rapport.

5. The ‘Gibson’ supercomputer is named after author William Gibson 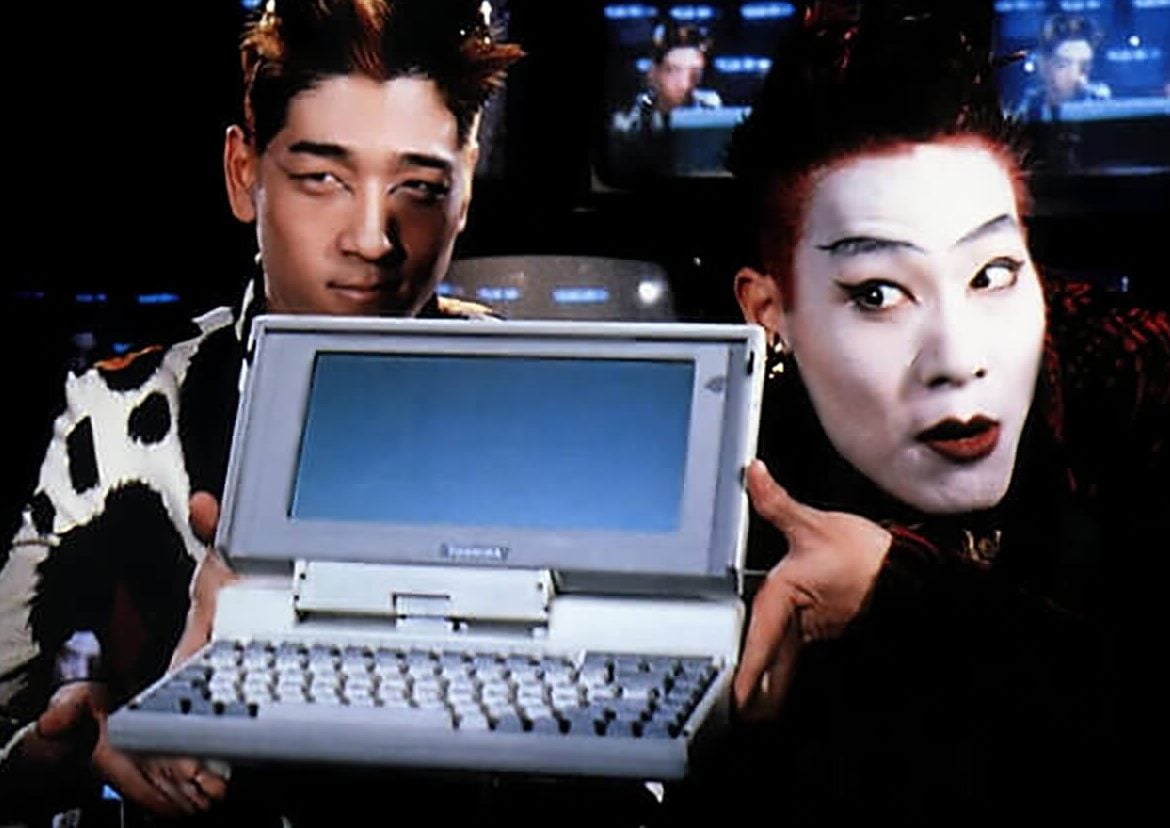 The great challenge our young heroes face in the movie is hacking the Gibson, a mighty supercomputer. In reality, no such computer exists, but the filmmakers took inspiration from an influential figure in hacker culture.

The Gibson is named after William Gibson, influential science fiction author behind the novel Neuromancer and the short story Burning Chrome, in which he coined the term ‘cyberspace.’

4. Johnny Lee Miller and Angelina Jolie got married after filming 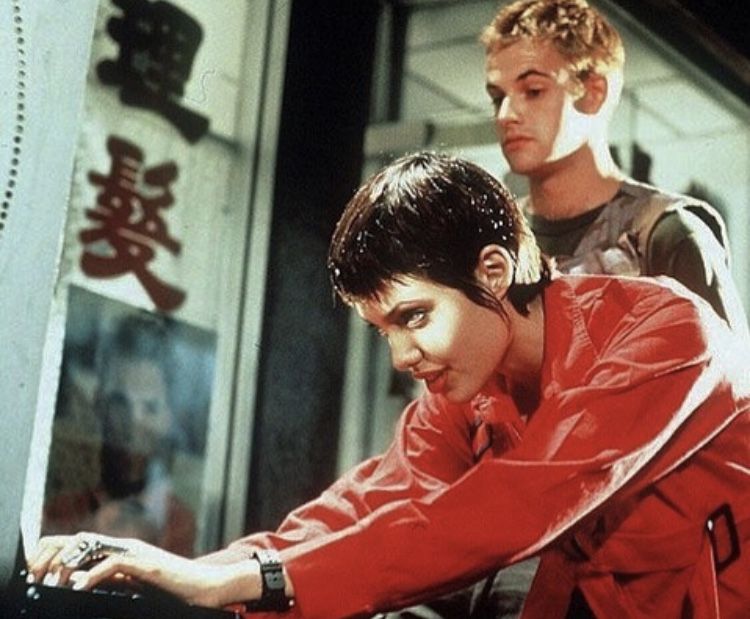 The on-screen romance between Johnny Lee Miller and Angelina Jolie would appear to have rubbed off on them. The young actors fell in love for real during the shoot, and were married soon afterwards. The marriage didn’t last long; they divorced in 1999, but reportedly remain good friends.

Jolie would go on to wed two more of her co-stars, Billy Bob Thornton (who she met on Pushing Tin) and Brad Pitt (who she met on Mr & Mrs Smith). Miller, meanwhile, would marry actress Michele Hicks in 2008.

3. An official website was put online – and made to look as though it had been hacked 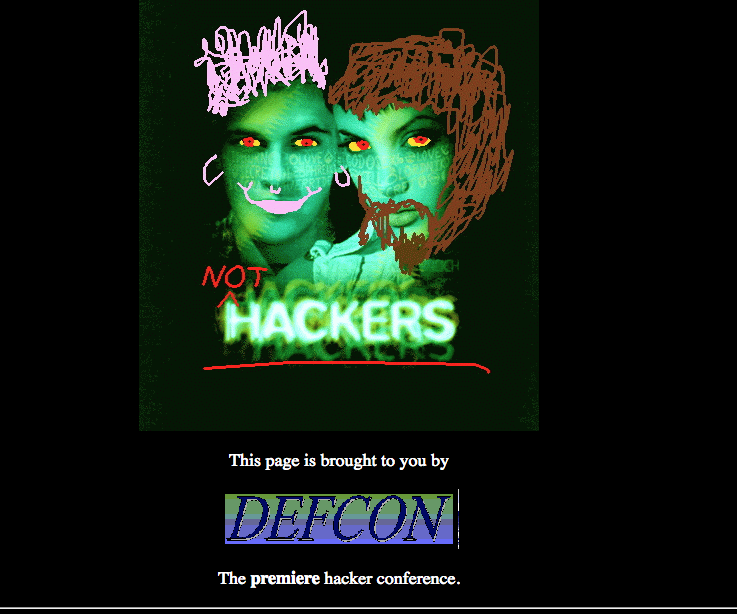 Official websites didn’t become a major part of movie marketing until The Blair Witch Project, but the cyber-savvy Hackers was appropriately ahead of the game, with a specially designed promotional site of its own.

In a fun, meta twist, the site (which can still be viewed in an archived form) was made to look as though it had been hacked for real.

2. They shot at a New York school where several students were later busted for hacking 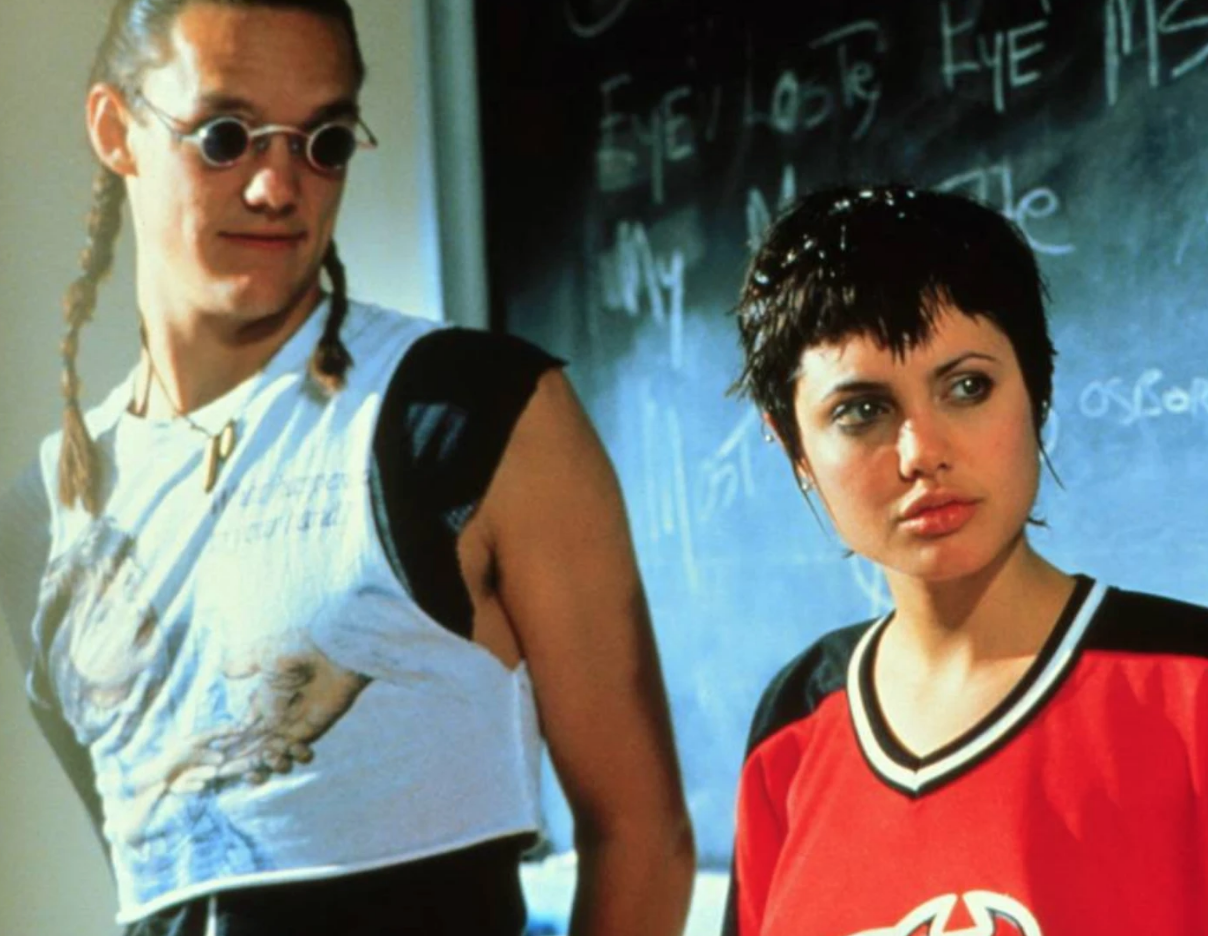 For the school scenes, the cast and crew took over Stuyvesant High School in New York, which was notable for having one of the most advanced computer labs in an American school at the time.

In a curious case of life imitating art, not long after Hackers was made a number of Stuyvesant students were later taken into questioning by the FBI on charges of hacking. 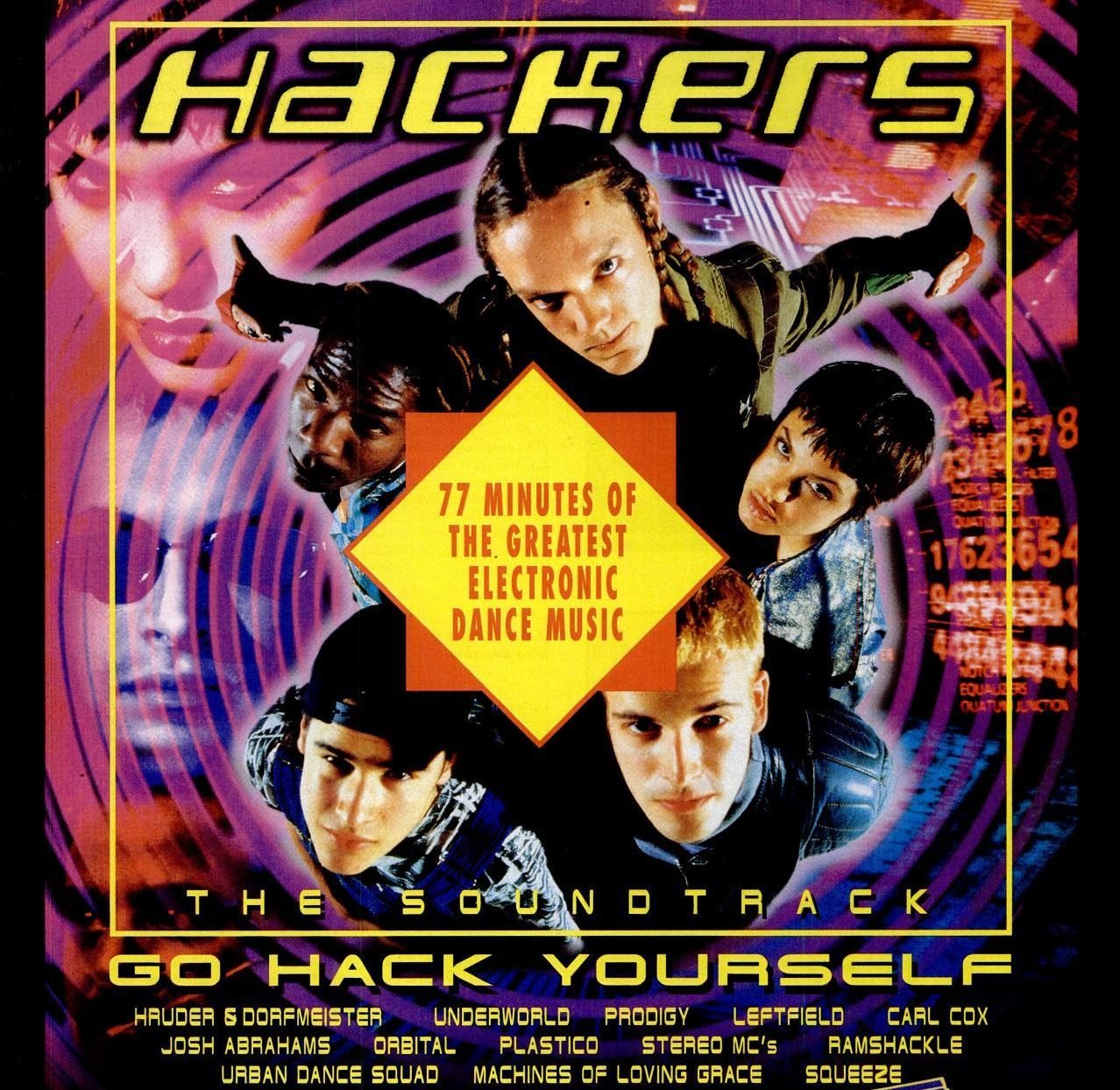 It’s fairly standard for a major movie to get a soundtrack album, but it’s not quite so common for one film to have as many as three. Hackers, however, had a hat trick of official soundtrack CDs released in the three years following the film’s release.

The compilation albums (which included both music from and ‘inspired by’ Hackers) consisted largely of electronica, with acts including The Prodigy, Orbital and Underworld.