A controversial, divisive psychological thriller that was produced, co-written and directed by the late Stanley Kubrick, Eyes Wide Shut was the third and final film – after 1990’s Days of Thunder and 1992’s Far and Away – to star the then married couple of Tom Cruise and Nicole Kidman. Below are 10 things you probably didn’t know about this mysterious film. 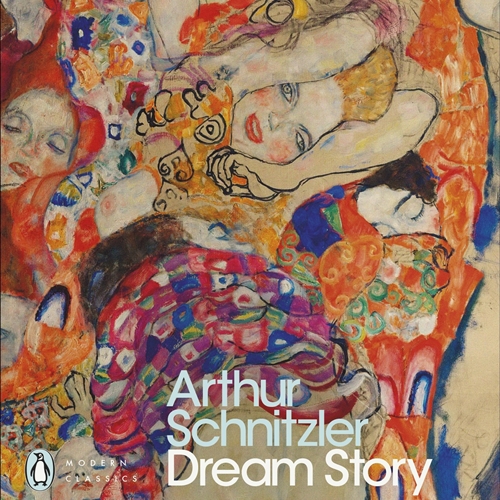 Eyes Wide Shut is based on the 1926 novella Traumnovelle (Dream Story) by the Austrian author Arthur Schnitzler, a book that Stanley Kubrick first read in 1968 when he was looking for a project to follow his science fiction masterpiece 2001: A Space Odyssey.

Dream Story, which is set in Vienna rather than New York like Kubrick’s film, exposes the thoughts of a doctor whose wife confesses to having fantasies about another man.

9. It was originally going to be a comedy starring Woody Allen or Steve Martin 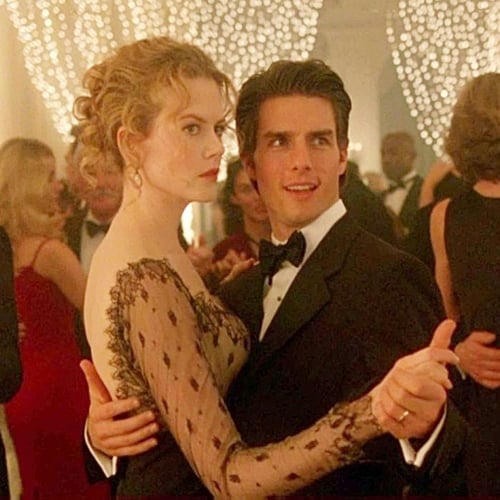 Stanley Kubrick worked on a film adaptation of Arthur Schnitzler’s novella for almost the entirety of the 1970s before shelving his plans for well over a decade.

Throughout this time Kubrick’s plan was for the film to be a comedy “with a wild and somber streak running through it,” and he envisioned either Woody Allen or Steve Martin in the lead role. 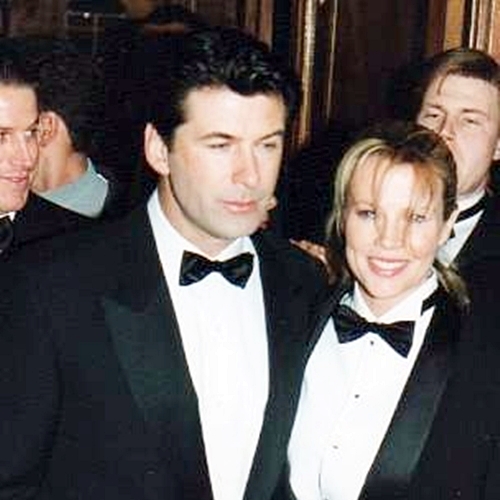 Although Kubrick had always planned to cast a real married couple in the roles of Bill and Alice Harford once the project developed into a serious psychological thriller, Tom Cruise and Nicole Kidman were not his initial choice pairing.

Reports at the time suggest that the maverick director had Alec Baldwin and Kim Basinger in mind during the film’s lengthy development period.

7. It holds the world record for the longest continuous film shoot 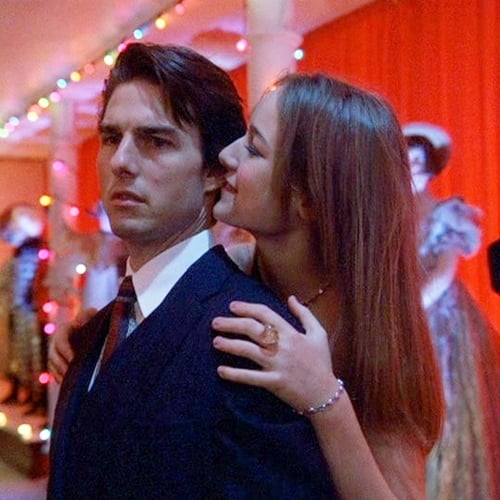 “We would say, ‘When is it going to end?'” Nicole Kidman has said about her and Tom Cruise’s 400 days of filming on the project. “We went over there thinking it was going to be three months [but] It turned into a year, a year and a half.” 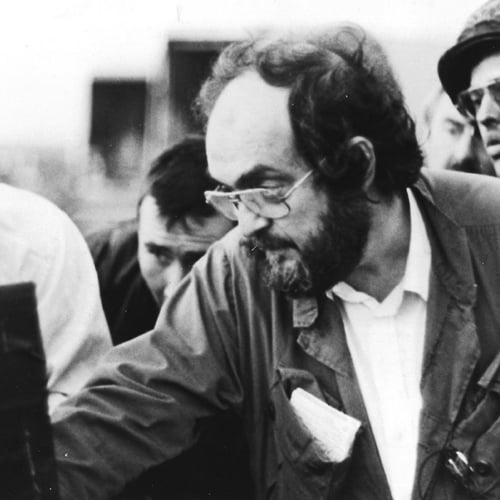 The perfectionism of the late Stanley Kubrick on the sets of his films is the stuff of legend, as was his ability to wear down actors by shooting multiple takes.

During the filming of Eyes Wide Shut, the director filmed a staggering 95 takes of Tom Cruise simply walking through a door. 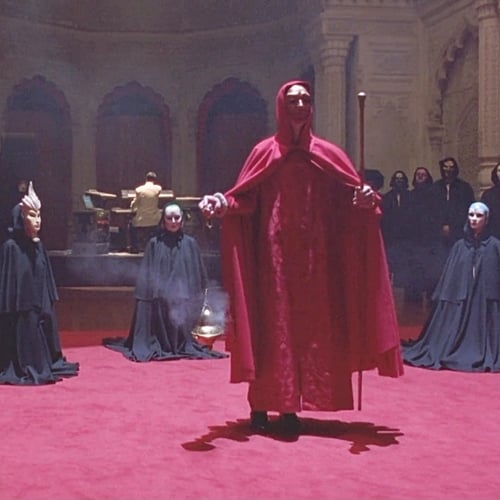 Only two years ago it was revealed that the Australian actress Cate Blanchett provided the voice of the masked woman in the film’s central party scene.

The dubbing, which took place after Stanley Kubrick’s death, was suggested by Tom Cruise and Nicole Kidman when it became apparent that original actress Abigail Good was unable to deliver a convincing American accent.

4. Tom Cruise was banned from the set whilst Nicole Kidman filmed intimate scenes with a male model 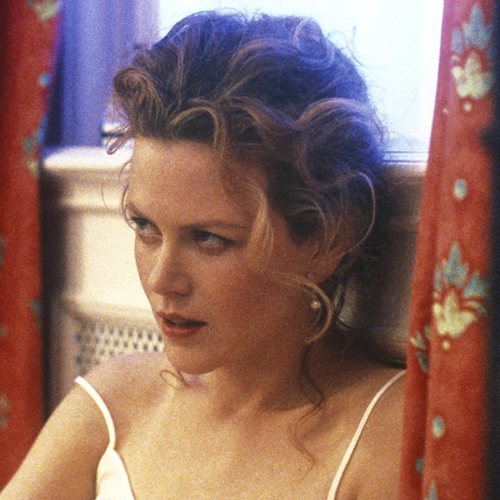 Perhaps looking to encourage some real life jealousy between Tom Cruise and Nicole Kidman, Stanley Kubrick banned the Top Gun star from the Eyes Wide Shut set during filming of a fantasy sequence and forbade his wife from telling him any details about it.

The one minute scene – which took six days to shoot – saw Kidman’s character being intimate with another man, a character that was played by a male model. 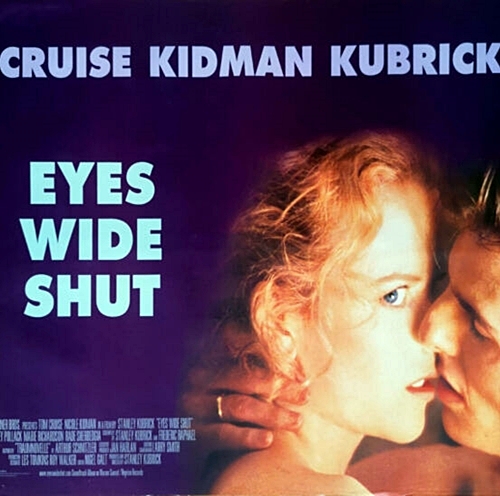 However, there has since been some debate as to whether Kubrick had actually completed the film, with his friend Michael Herr commenting that the director “had to show it to Tom and Nicole because they had to sign nudity releases, and to Terry Semel and Bob Daly of Warner Bros., but he hated that he had to.”

2. A number of explicit scenes had to be digitally altered in post-production 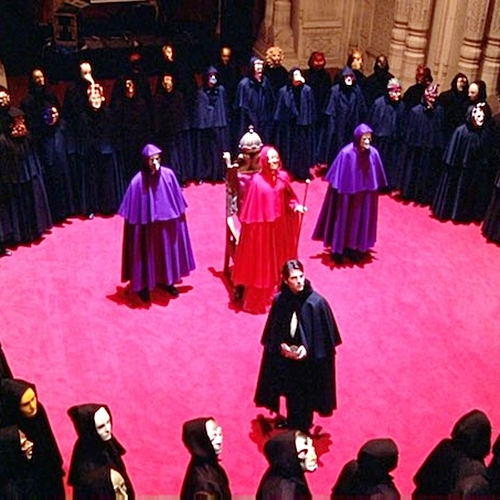 In order to appease the Motion Picture Association of America (MPAA), a number of the film’s explicit scenes had to be digitally altered in post-production.

These alterations meant that the film could be given an ‘R’ rating rather than an adult only ‘NC-17’ rating in the United States, but the full, uncut version has since been released on DVD and Blu-ray.

1. It did not contribute to Tom Cruise and Nicole Kidman’s failing marriage 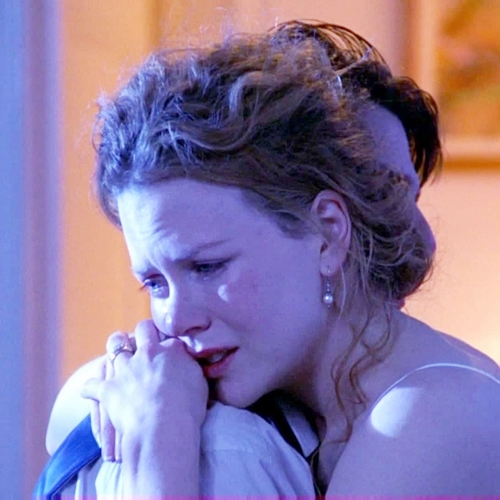 They may have filed for divorce just a few years after the release of Eyes Wide Shut, but despite many newspaper reports suggesting otherwise, the intensity of the film’s shoot did not contribute to the failure of the couple’s marriage.

On the contrary, Nicole Kidman has recently been quoted as saying that she and Cruise “would go go-kart racing after [filming] those scenes,” continuing that the tabloid reports “[fit] the narrative that people came up with, but I definitely didn’t see it like that. We were happily married.”