10 Things You Never Knew About The Pelican Brief

A classic thriller from 1993, The Pelican Brief stars Julia Roberts as a law student who uncovers a deadly conspiracy. With the help of journalist Gary Grantham (Denzel Washington), she follows a trail of politically-motivated assassinations among the highest ranks of government.

Despite its lukewarm critical reception, The Pelican Brief was a big hit among cinemagoers, grossing over $195 million worldwide. Here are ten things you probably didn’t know about this gripping drama.

10. The novel’s love story between Darby and Grantham was cut from the film 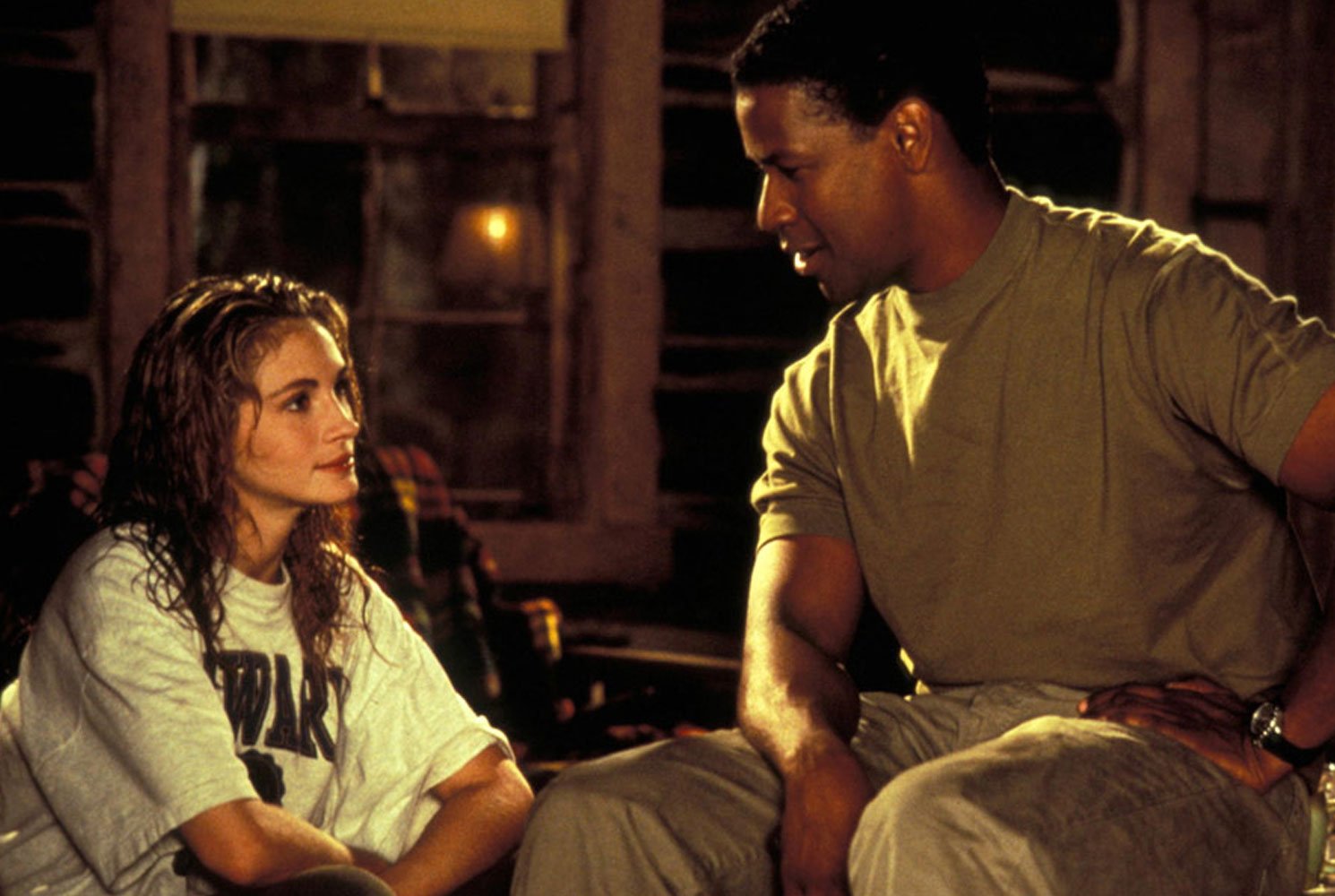 In John Grisham’s novel The Pelican Brief, which was published in the year before the movie came out, there’s a romance between its heroes. Both white in the novel, the law student Darby Shaw (played by Julia Roberts) falls for journalist Gary Grantham (Denzel Washington).

While Roberts was keen to keep the love story in the film, she claims Washington was against it. According to The Guardian, Washington was concerned that “his core audience of black women” wasn’t ready for the interracial romance. 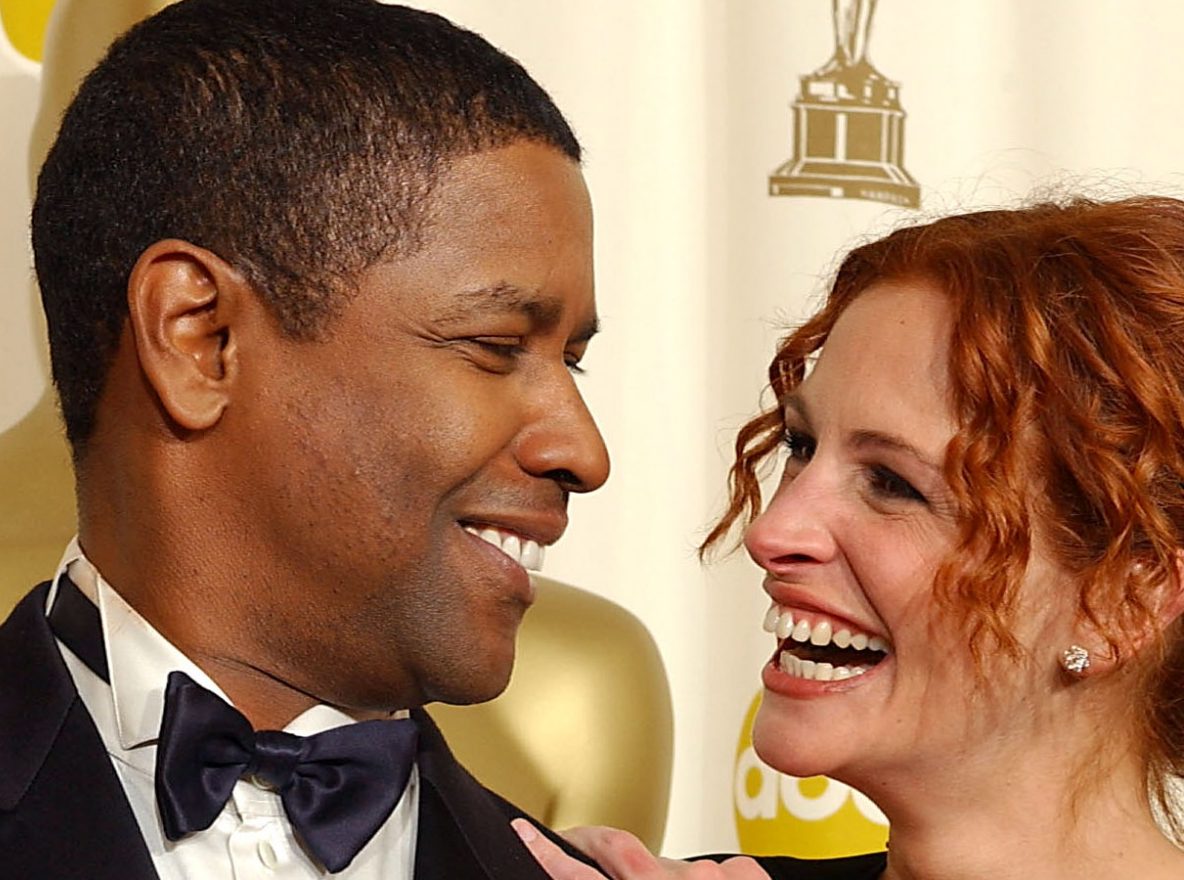 In preparation for the role of Grantham, Denzel Washington spent time with Washington Post editors and reporters, to develop a sense of the drama of breaking news.

Julia Roberts, meanwhile, attended classes at Tulane Law School. Several of the extras who appear in the movie’s classroom scene are real students from the class of 1994 at Tulane.

8. Parts of the soundtrack were reused for Apollo 13

James Horner was a spectacularly successful film composer, writing music for Titanic, Avatar and the Star Trek franchise. For The Pelican Brief, he wrote suspenseful music to accompany the scenes where Grantham and Darby are fleeing from a car bomb.

His clashing piano music worked so well for this action sequence, he decided to recycle it when he composed for Apollo 13. The same sounds crop up as the space crew fumbles to fix a life-saving filter.

7. There’s something blue in almost every scene 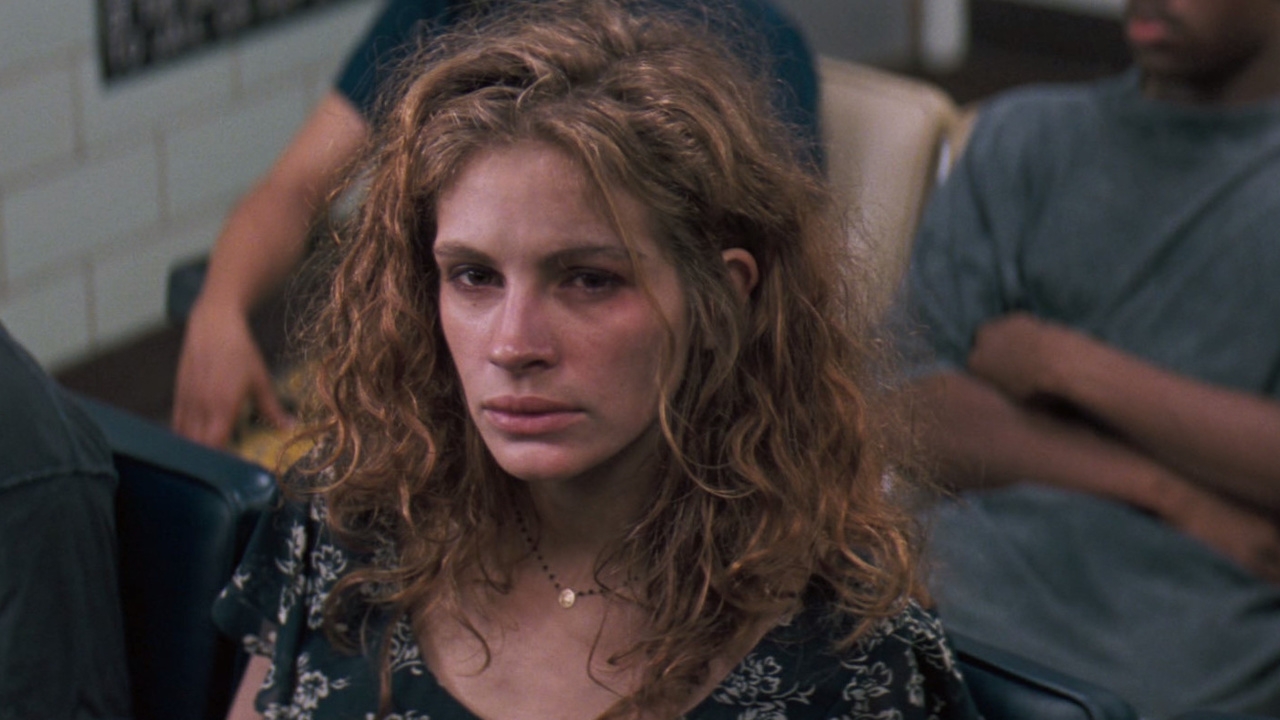 Some eagle-eyed viewers have noticed that, throughout the film, there is almost always something blue in shot. Walls, clothing, furniture and cars in the background often have a tint of teal.

One explanation for this might be the number of dimly-lit scenes in the movie. The cinematographer Owen Roizman once said, “Generally a warmer tone of front or side light is very pleasing at night, like fire or candlelight, or for that matter a dimmed lamplight.”

“If everything is lit with just the warm tones it has a tendency to get ‘muddy’ looking, but if some blue light is introduced somewhere, either in the shadows or backlight, etc., it gives the subject a much more pleasing quality,” he explained. 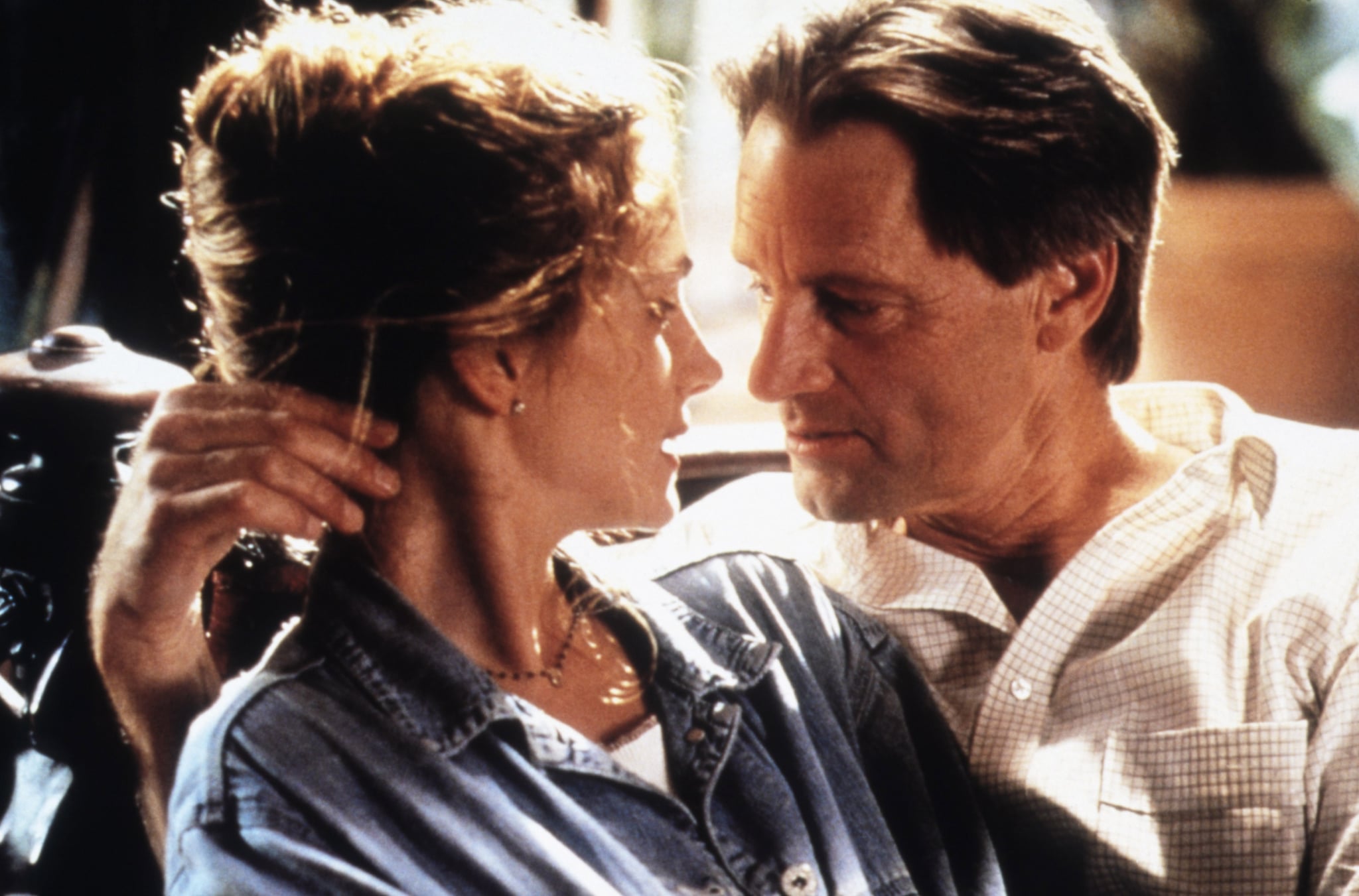 John Grisham rarely involves himself in the adaptations of his books once he has sold the film rights. However, in the case of The Pelican Brief, he had Julia Roberts in mind for the role of Darby.

He campaigned relentlessly for Roberts to take the leading part. Roberts was equally enthusiastic and was a particular fan of Grisham’s novel.

5. The director bought the film rights to The Pelican Brief before the book was even finished 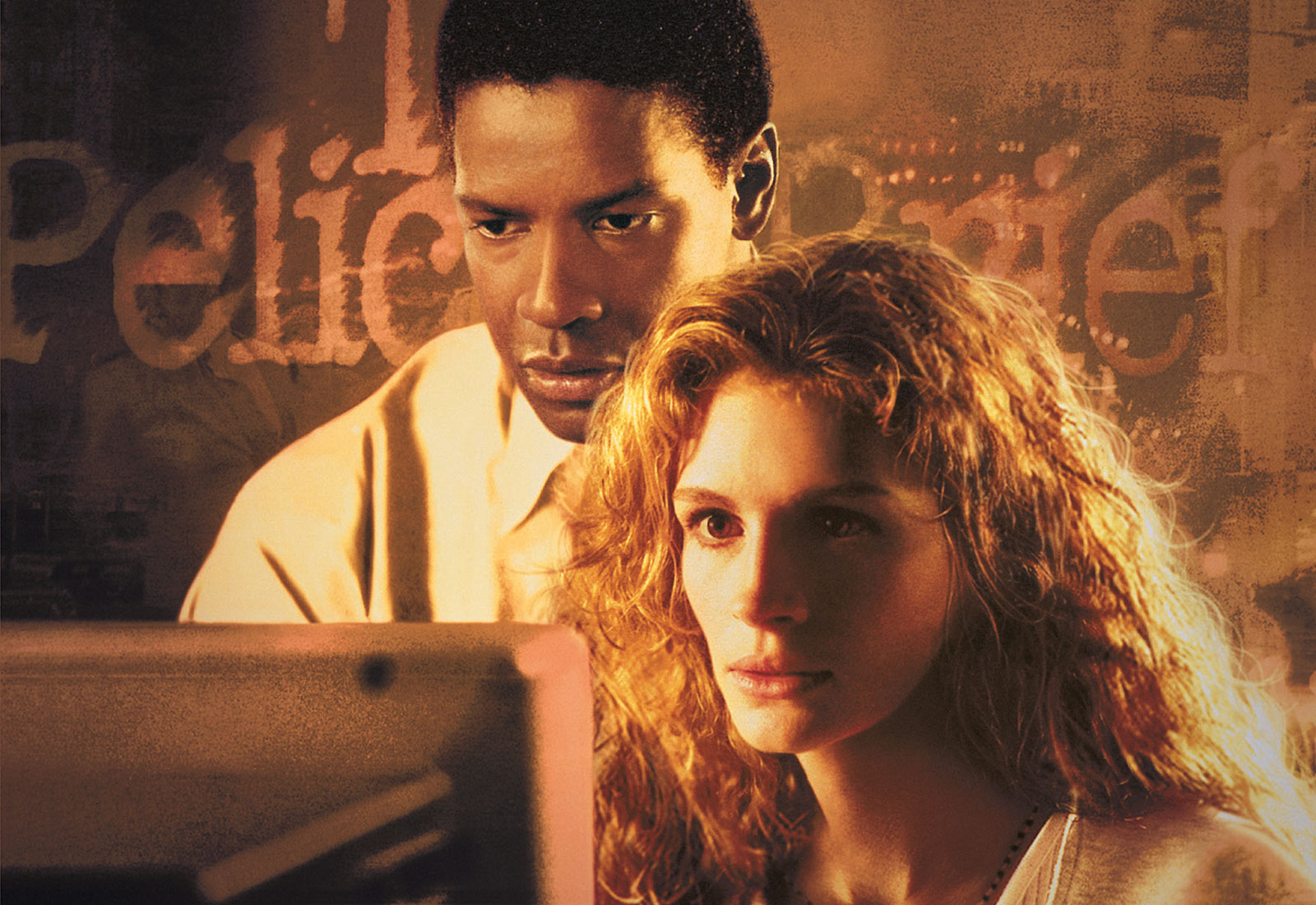 Director Alan J Paluka could well remember the last bidding war over a John Grisham novel: his bestseller The Firm attracted many film studios and led to a star-studded blockbuster in 1993.

So Paluka decided to get ahead of the game. Before Grisham had even finished writing The Pelican Brief, which was published in March 1993, the savvy director bought the film rights for over $1 million.

4. The film directly copies the parking garage scene from All the President’s Men

Paluka’s Academy Award-winning movie All the President’s Men, based on the Watergate scandal, came out in 1976. In tense scenes, the hero Woodward meets with the informant Deep Throat in a parking garage under the cover of night.

17 years later, Paluka chose once again to use a humble garage as a dramatic setting in The Pelican Brief. Darby and Grantham flee from an assassin in a darkened multi-level car park, escaping by the skin of their teeth.

3. It shares an Oval Office set with the 1993 political comedy Dave 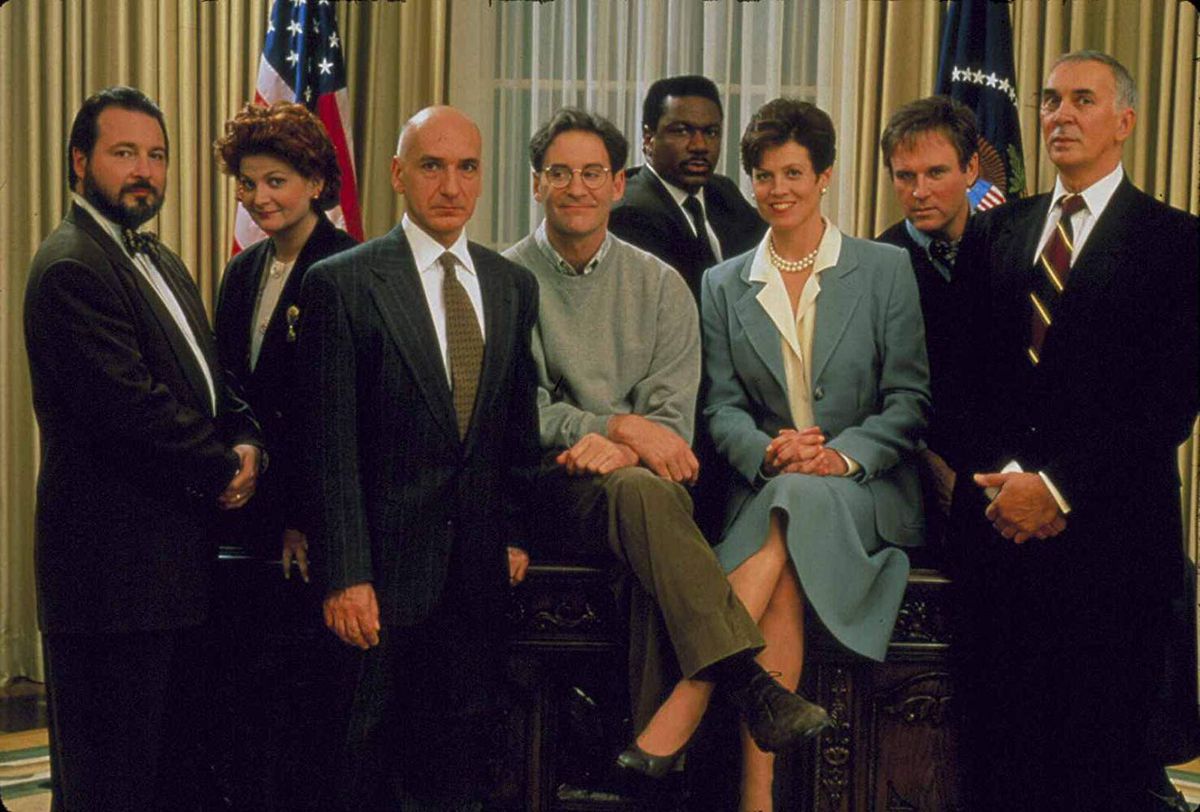 Released in the same year, Dave – another White House movie – received a far better critical response than The Pelican Brief, and its screenplay was nominated for an Academy Award. However, these two films have one major element in common: they both used the same Oval Office set.

In fact, Dave’s Oval Office has been re-used over 25 times, cropping up in Absolute Power, Hot Shots! Part Deux and Clear and Present Danger, as well as its 1993 rival.

2. The movie takes a dig at President Jimmy Carter’s cardigan 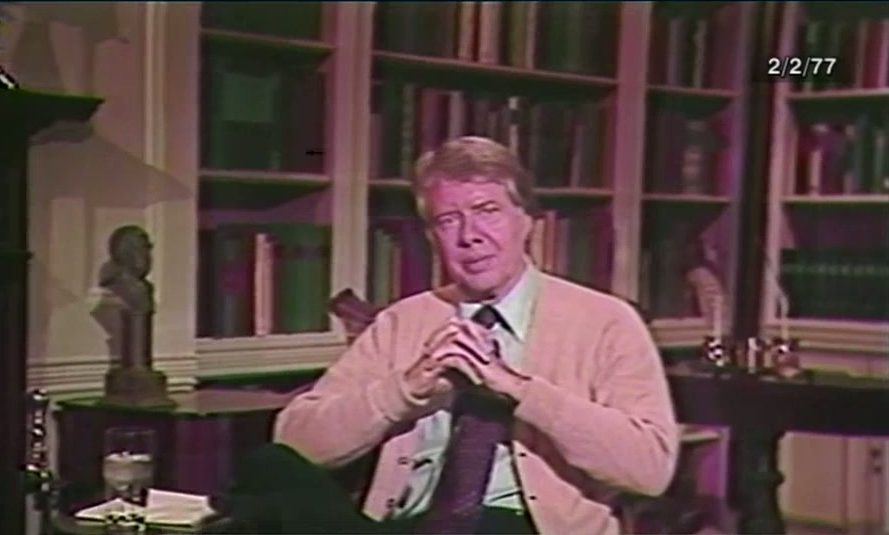 In one scene of The Pelican brief, the President resists his Chief of Staff’s suggestion of appearing on camera while wearing a warm cardigan.

In real life, President Jimmy Carter famously began wearing jumpers in his addresses to the nation. This was a political move – he donned cardigans in an attempt to encourage people to tackle the fuel shortages of the 70s. 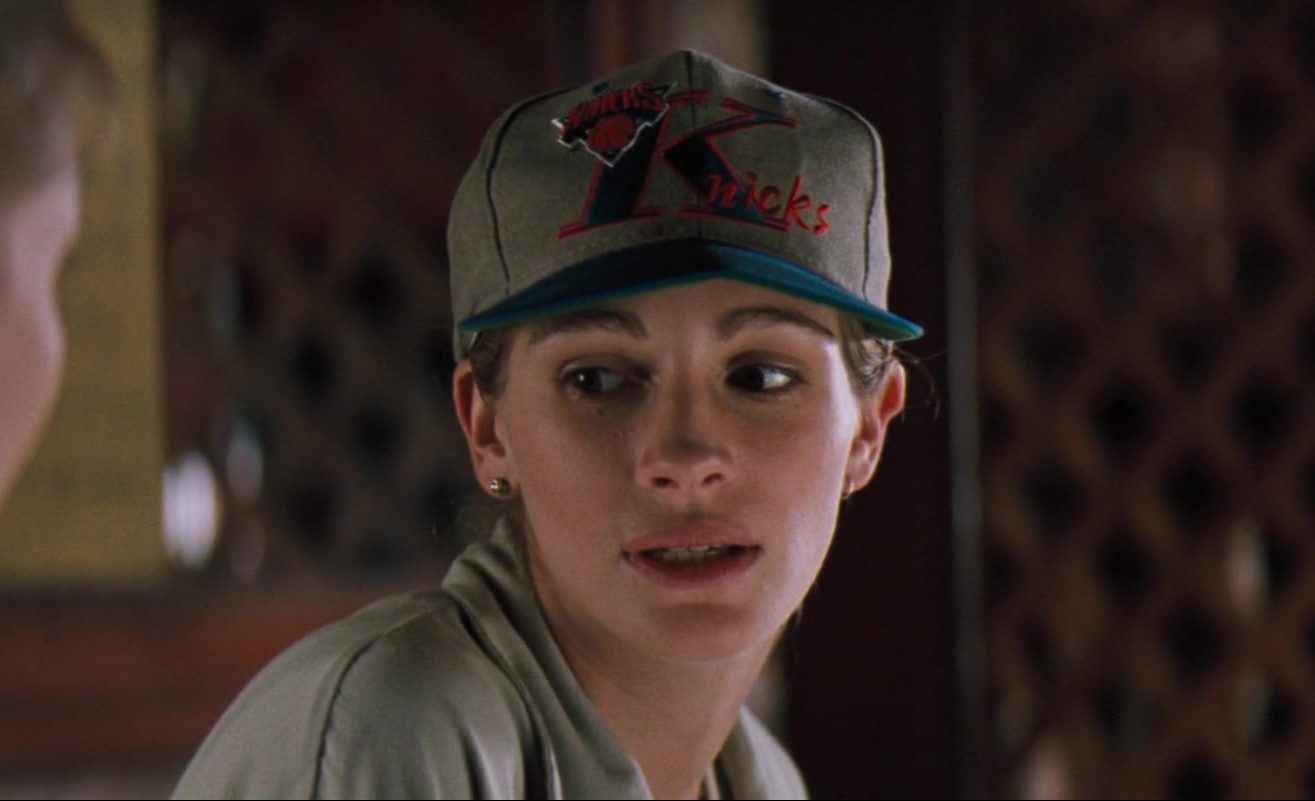 Inspired by Roberts’ character, who is an ambitious law student, the Antman star Paul Rudd apparently decided to name his child after her. His daughter, Darby Rudd, was born in 2010.

Rudd co-starred with Julia Roberts herself in the 2006 Broadway show Three Days of Rain, along with Bradley Cooper.