10 Things You Never Knew About The Cure

The Cure is undoubtedly one of the biggest and most influential bands to come out of the 20th century. The group helped bring alternative music into the mainstream and provided a fitting soundtrack to the emergence of 80s gothic subculture. They were inducted into the Rock and Roll Hall of Fame in 2019 – an honour that’s a testament to their brilliance.

Still going strong since their inception in 1978, The Cure has seen almost all of their members come and go, but frontman Robert Smith has stuck around through it all and remains a core member of the band to this day. Here are 10 facts about this incredible group.

10. Robert Smith pretended he had a fear of flying so he didn’t have to tour as much 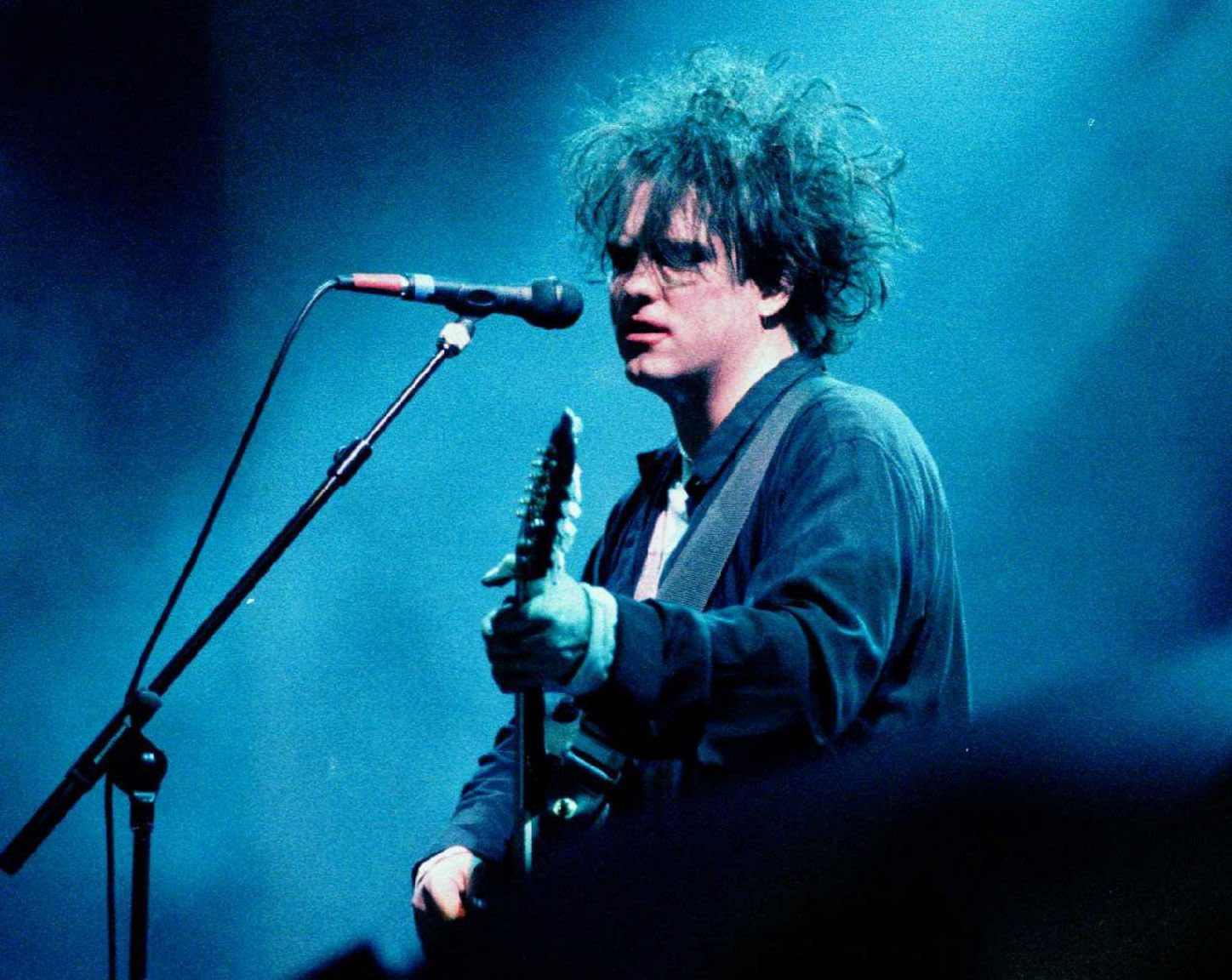 Smith managed to duck out of several draining international tours by telling his record label that he was afraid of flying. He told Blender magazine: “Around the time of Disintegration, we were so in demand that I figured if I said I was scared of flying, we could cut down the number of things that I did. Saying we had to sail everywhere or take trains, I could have days off travelling.”

Smith pretended he had this phobia for three years, between 1989 and 1992. “We did two American tours sailing over on the QE2 which was very civilized. The first time we did it, I arrived in America shattered – it was five days in a boat with, like, 47 bars and a casino. It was like a tour before a tour,” he recalled.

9. Robert Smith once played guitar with Siouxsie and The Banshees 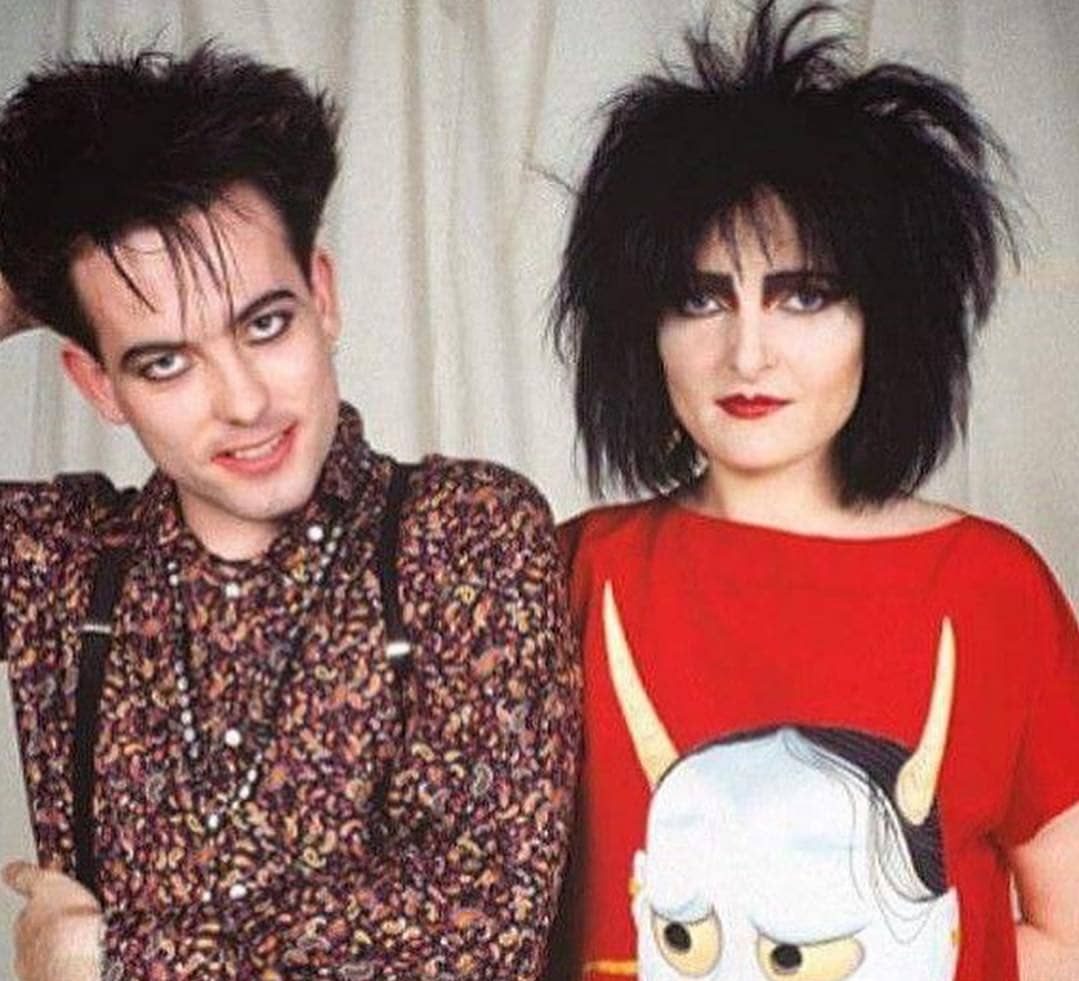 Way back in 1979, The Cure secured a gig supporting Siouxsie And The Banshees on one of their tours. When one of the Banshees fell ill, Smith leapt at the chance to fill in for him and ended up playing guitar with the band for a few shows.

The experience had a profound effect on the young musician who was filled with respect for the post-punk band’s unique sound: “It was so different to what we were doing with The Cure. Before that, I’d wanted us to be like the Buzzcocks or Elvis Costello, the punk Beatles. Being a Banshee really changed my attitude to what I was doing,” he recalled in Mark Paytress’ 2003 biography of the Banshees. 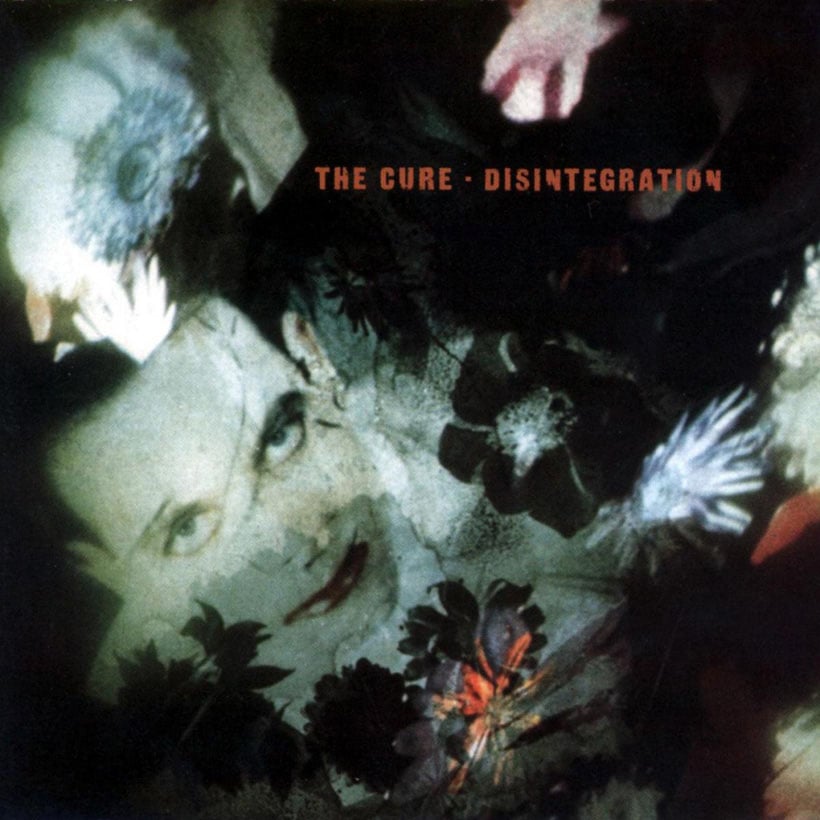 The Cure’s 1989 album Disintegration was a huge success for the band – it peaked at #3 on the UK album charts and to this day remains the group’s biggest-selling album, having sold 3 million copies worldwide. However, the band’s record label was initially sceptical about the quality of the record.

They dubbed the new album “commercial suicide” and slated it as “wilfully obscure.” It’s fair to say that the album was a gamble – much of it had been made under the influence of hallucinogenic drugs, and Smith had consciously (but riskily) decided to deviate from their previous material. But the label were ultimately wrong about Disintegration, and the gamble paid off massively – the album went on to achieve a gold certification from the BPI.

7. David Bowie and William Burroughs had a hand in inspiring their name 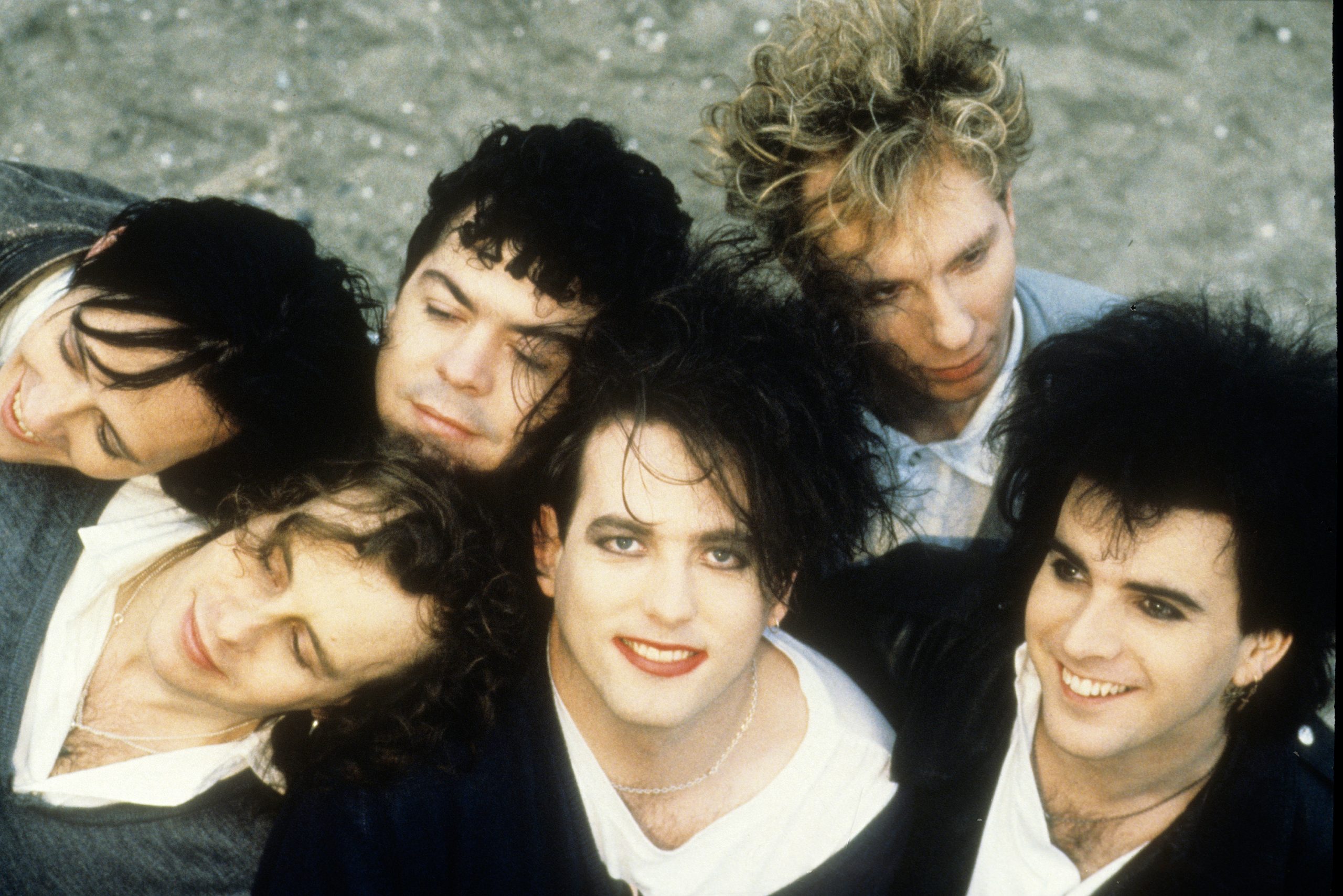 Before they were The Cure, the band were Easy Cure. Before that, they were Obelisk, and Malice before that. When it came to choosing a definitive name for the group, the band’s initial members borrowed a technique used by David Bowie and author William Burroughs to get the creative juices flowing when composing lyrics.

Lol Tolhurst recalled settling the matter of the group’s name in his memoir Cured: The Tale of Two Imaginary Boys: “Robert had seen something about Bowie or William Burroughs cutting up phrases from their writings into strips and reassembling them into new prose or song lyrics. So we cut all our own lyrics up and put them into a hat. The first fragment we pulled out would be the name of the band. It seemed both democratic and punky all at the same time.” The group pulled out “Easy Cure,” but Smith later suggested changing it to something simpler – “The Cure” – as it sounded “more punk.”

6. Robert Smith has appeared in a South Park episode 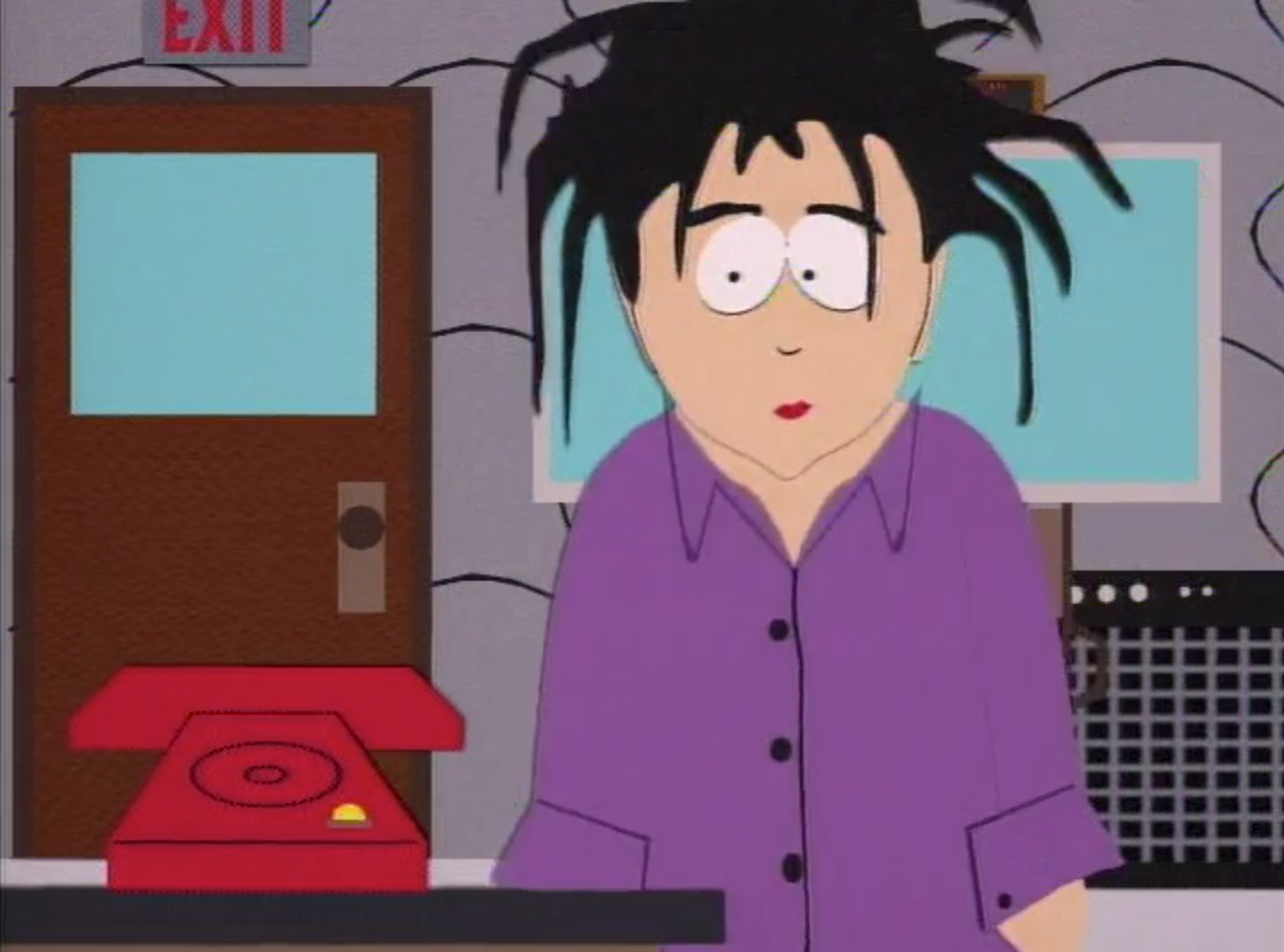 South Park creator Trey Parker was a huge fan of The Cure and reached out to Smith in the late 90s to ask if he’d be willing to appear in an episode of the American animated series. Smith agreed and appeared in the show’s twelfth episode, guest-starring as himself.

In the episode, Smith saves the day by turning into a giant moth and flinging Mecha-Streisand (basically a terrifying mechanical dinosaur version of Barbra Streisand) into outer space. 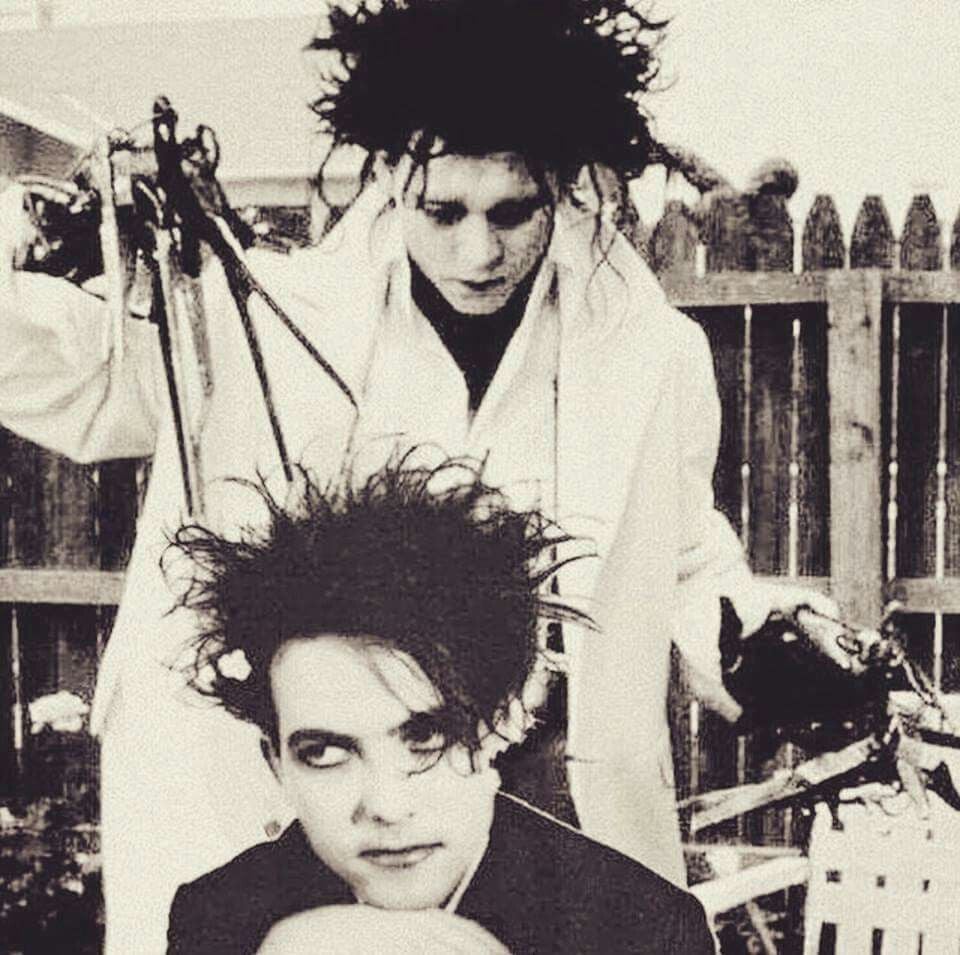 It’s not too surprising that Edward Scissorhands’ mop of wild black hair drew on Smith’s own unique hairstyle. Plus, it’s not the first time a Johnny Depp character has taken style inspiration from an English rock legend – famously, Captain Jack Sparrow’s appearance is modelled after that of Rolling Stone guitarist Keith Richards.

Smith was also actually asked to do the soundtrack to the movie, as Tim Burton is a huge Cure fan. Unfortunately, Smith was busy recording Disintegration and had never heard of Burton, and so declined and the job went to Danny Elfman. Still, Smith did manage to make a contribution to the movie by inspiring Edward Scissorhands’ iconic hairstyle.

4. The Cure’s song ‘Lullaby’ was inspired by the disturbing songs Robert Smith’s father would sing him when he could not sleep as a child

Lullaby is one of the Cure’s most popular songs. It peaked at #5 on the UK Singles Charts following its release in 1989, making it the the band’s highest-charting single. Since its release, fans have speculated about the true meaning behind the song – with some suggesting that it’s full of metaphors for addiction, while others believe it’s really about assault.

Smith has been quoted as saying that the song was largely inspired by the disturbing lullabies his father would sing him: “He would always make them up. There was always a horrible ending. They would be something like ‘Sleep now, pretty baby – or you won’t wake up at all’.”

Friday I’m in Love is one of The Cure’s best-loved tracks – it peaked at #6 on the UK Singles Chart when it was released in 1992. It’s one of the band’s most iconic and definitive songs – but Smith had a hard time believing he’d actually written it himself. “I mean, ‘Friday I’m in Love’ is not a work of genius, it was almost a calculated song,” he admitted in an interview with SPIN magazine. “It’s a really good chord progression, I couldn’t believe no one else had used it and I asked so many people at the time. I was getting drug paranoia anyway: ‘I must have stolen this from somewhere, I can’t possibly have come up with this.’”

Just as Paul McCartney did with Yesterday, Smith rang up all of his friends to see if they recognised the melody he’d written. “I asked everyone I knew – everyone. I’d phone people up and sing it and go, ‘Have you heard this before? What’s it called?’ They’d go, ‘No, no, I’ve never heard it.’”

2. A man once stabbed himself at one of their concerts to “impress a girl” 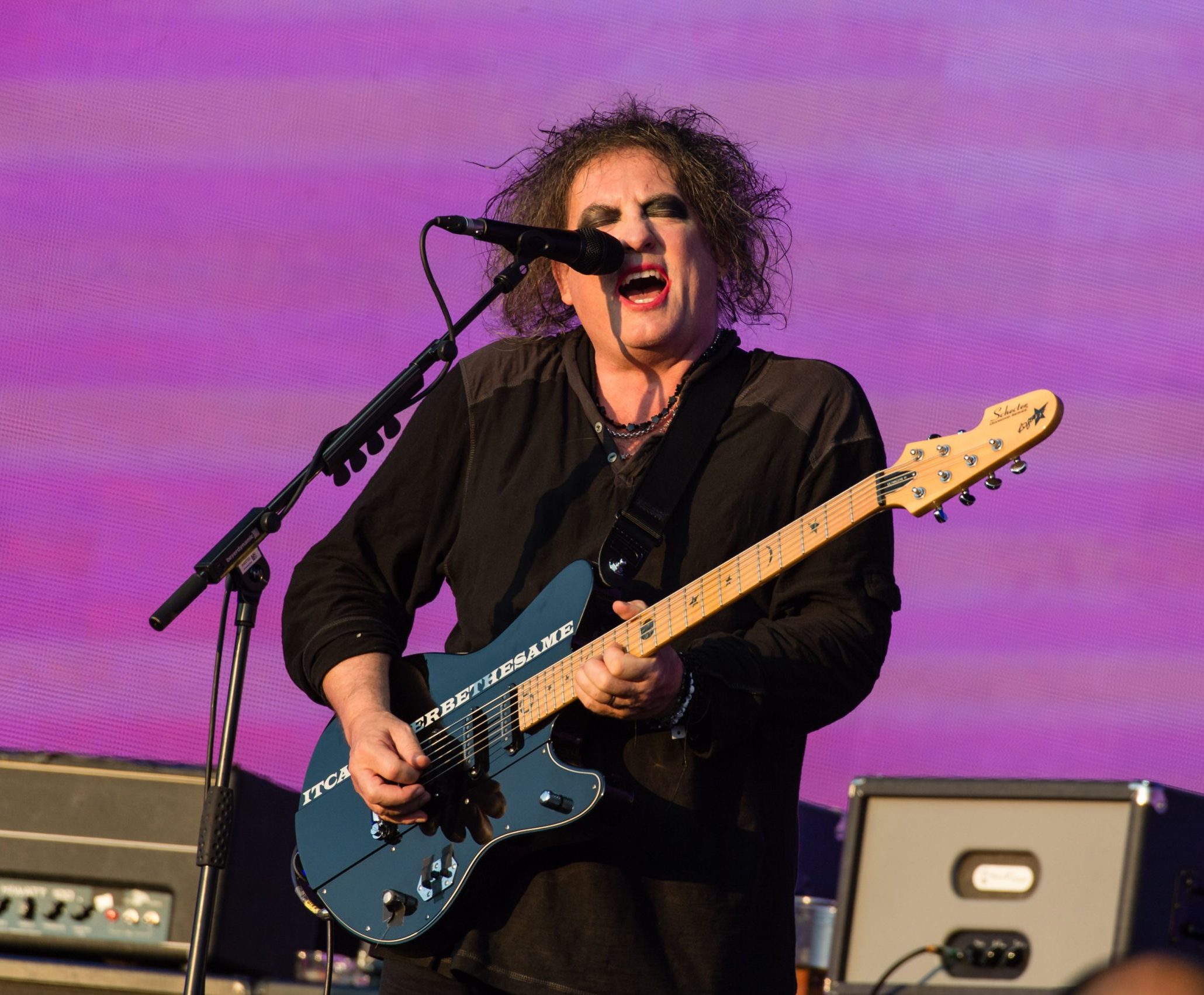 Disturbingly, in 1986 a man once slashed himself with a hunting knife at a Cure concert in order to “impress a girl.” Guards at the concert administered first aid to the 38-year-old man before handing him over to paramedics. He was then taken to the UCLA Medical Center for treatment where he made a full recovery. A suicide note was later found in his parked truck.

This only heightened The Cure’s gothic image in the media. Smith recalled: “It was pretty serious but perhaps some of the crowd who’d smoked too much […] might’ve thought it was some sort of art installation.”

1. Robert Smith wore a bandage round his thumb during the band’s 1980 Top of the Pops performance because he’d injured it by changing a tyre the day before

The Cure appeared on Top of the Pops back in 1980, performing their single A Forest. If you look closely, you can see Smith sporting a bandage round his thumb.

In Lol Tolhurst’s book Cured: The Tale of Two Imaginary Boys, he explained that Smith had actually injured his thumb the previous day by trying to change a tyre while the band were on their way back to England from New York. “I looked over and noticed he was putting the hubcap back on by kicking the edge with his boot. Unfortunately, his thumb was still under the hubcap, but for some reason he didn’t notice.”