10 Things You Never Knew About The Clash

Dubbed “the only band that matters” by their fans, the Clash is widely considered one of the greatest punk rock bands of all time. Formed on a shoestring budget, the band wrote some of their earliest music from a grandmother’s council flat and wound up winning huge commercial success.

They’re famous for forfeiting performance royalties to keep their album prices down, as well as for their anti-monarchy, anti-aristocracy and left-wing stances. But here are ten facts about the legendary band and its members that may surprise you.

When Joe Strummer was first drafting London Calling, he jotted down the title “Ice Age” in his notebook. It included the lyrics, “The world is shrinking, / The sun is blinking, / While I’m drinking, / The oil stops flowing.”

The final version of the album London Calling was named by Rolling Stone magazine as the greatest of the 80s, although it was actually released in the UK in 1979, a year earlier than in the USA.

9. Strummer wept when he heard his lyrics were painted on to a bomb

In 1991, the Armed Forces Radio chose the Clash’s song Rock the Casbah to herald the beginning of Operation Desert Storm in the Gulf War.

The band was horrified to learn that their song was now associated with the conflict in Baghdad. Strummer was reduced to tears when he found out that American pilots had painted the song’s title onto a bomb.

8. Only Paul Simonon stayed with the group until it disbanded 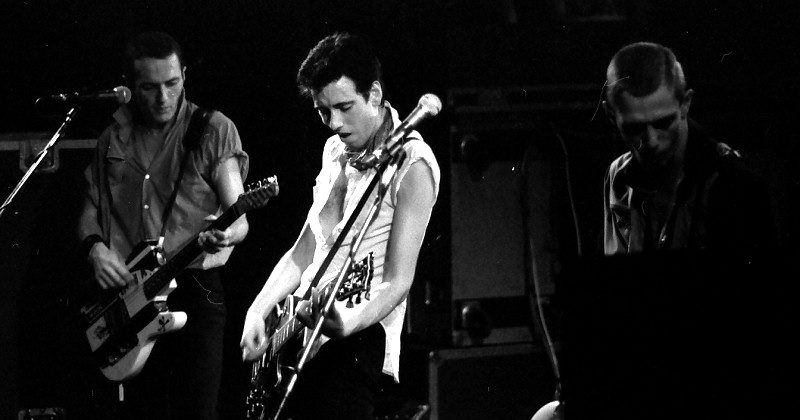 Mick Jones and Paul Simonon formed the Clash in 1976 after discovering Joe Strummer performing in pubs with The 101ers. At that time, their guitarist was Keith Levene, who would leave the group before it started recording albums.

Jones and Simonon invited Strummer to join their new band, one that would “rival the [Sex] Pistols.” Topper Headon was chosen as their drummer in 1977, and the band would stick together for the following five years.

But when Headon developed a heroin addiction, he was kicked out of the band – and Mick Jones parted with the group after a fight with security staff at the US Festival in 1983. After picking various new guitarists, the group finally disbanded in 1986 – with Simonon, the loyal bassist, as the only founder left in the group.

7. They collaborated with Bob Dylan and Allen Ginsberg

The poet and singer-songwriter Bob Dylan is such a fan of the Clash that he invited the band’s bassist Paul Simonon to collaborate with him. Simonon performed on Dylan’s album Down in the Groove, which was panned by critics.

Allen Ginsberg, the famous Beat poet, was another literary fan – and he features on the Clash’s song Ghetto Defendant. For his lyrics, he researched punk rock culture and included phrases like “do the worm” and “slam dance,” as well as reciting the Buddhist Heart Sutra. 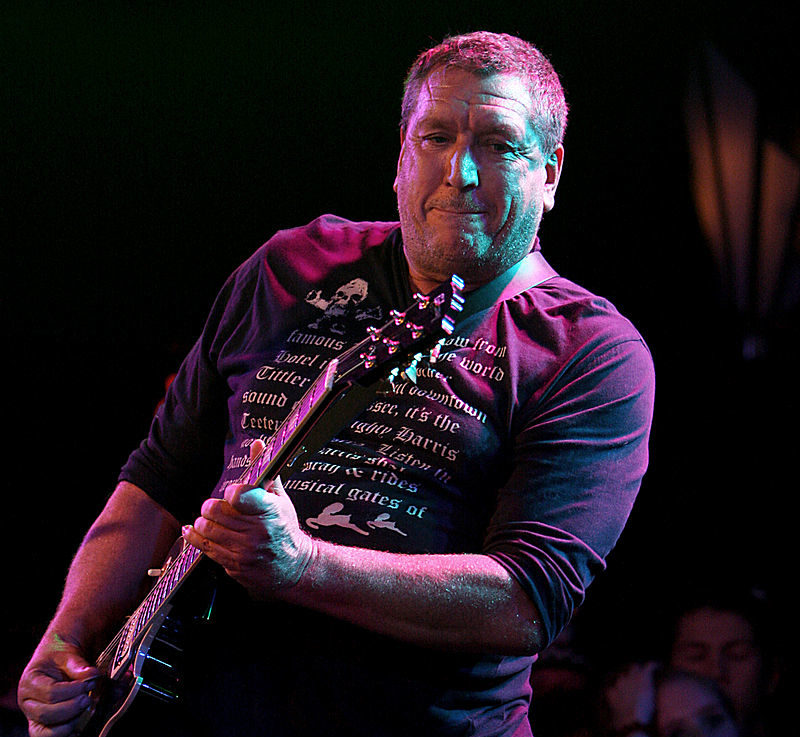 Bernie Rhodes was often frustrated by guitarist Mick Jones’ spells of absence, lateness and his brash rock star attitude. It was widely rumoured that the manager was hoping to replace Mick with Steve Jones, star of the Sex Pistols.

However, Mick Jones has said that on at least one occasion, his apparent abandonment of the band was orchestrated by Rhodes himself.

Speaking to Uncut in 2012, Mick Jones said that he once vanished to Paris on Rhodes’ orders: “There was a gig in Inverness that wasn’t sold out, but we could have filled it easy [with on-the-door tickets]. [Rhodes] panicked and said, ‘Someone’s got to break their arm or something, you’ll have to disappear.’ I felt like disappearing anyway. I was supposed to call him when I went away but I thought, ‘This has got to look good.’ So I really did disappear.” 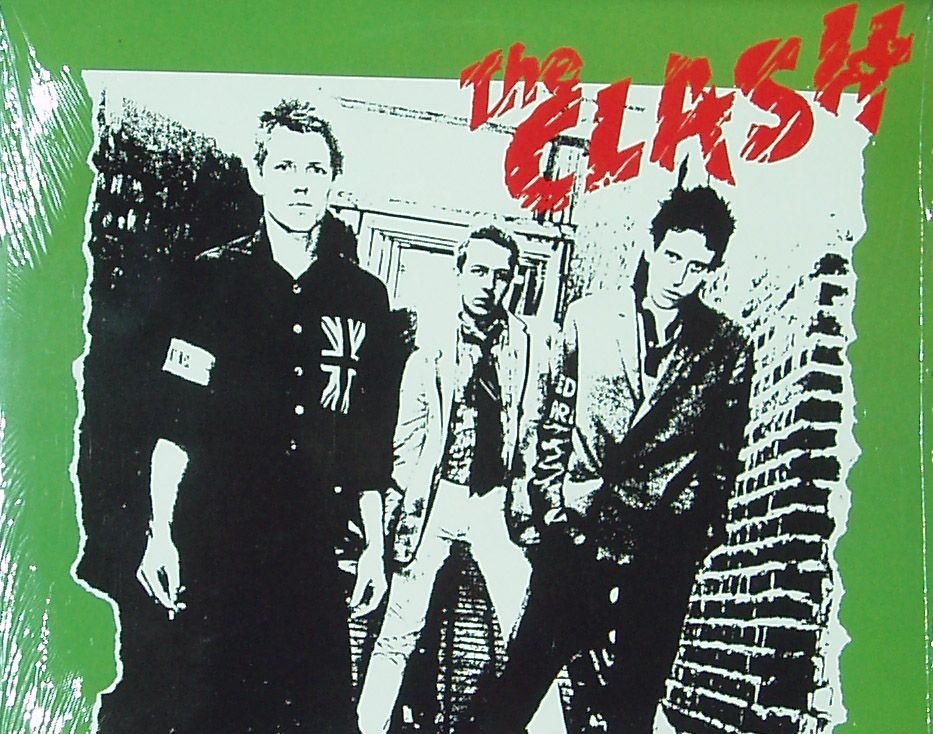 The Clash’s eponymous debut LP changed the face of punk rock – but it was actually written in a grandmother’s living room.

The band wrote almost the entire LP in Mick Jones’ grandmother’s flat, which was on floor 18 of a council block on Harrow Road, London. Mick’s grandma was a long-time fan of the band, often attending their concerts.

4. The Damned’s Captain Sensible reportedly invaded the stage during one of their earliest gigs 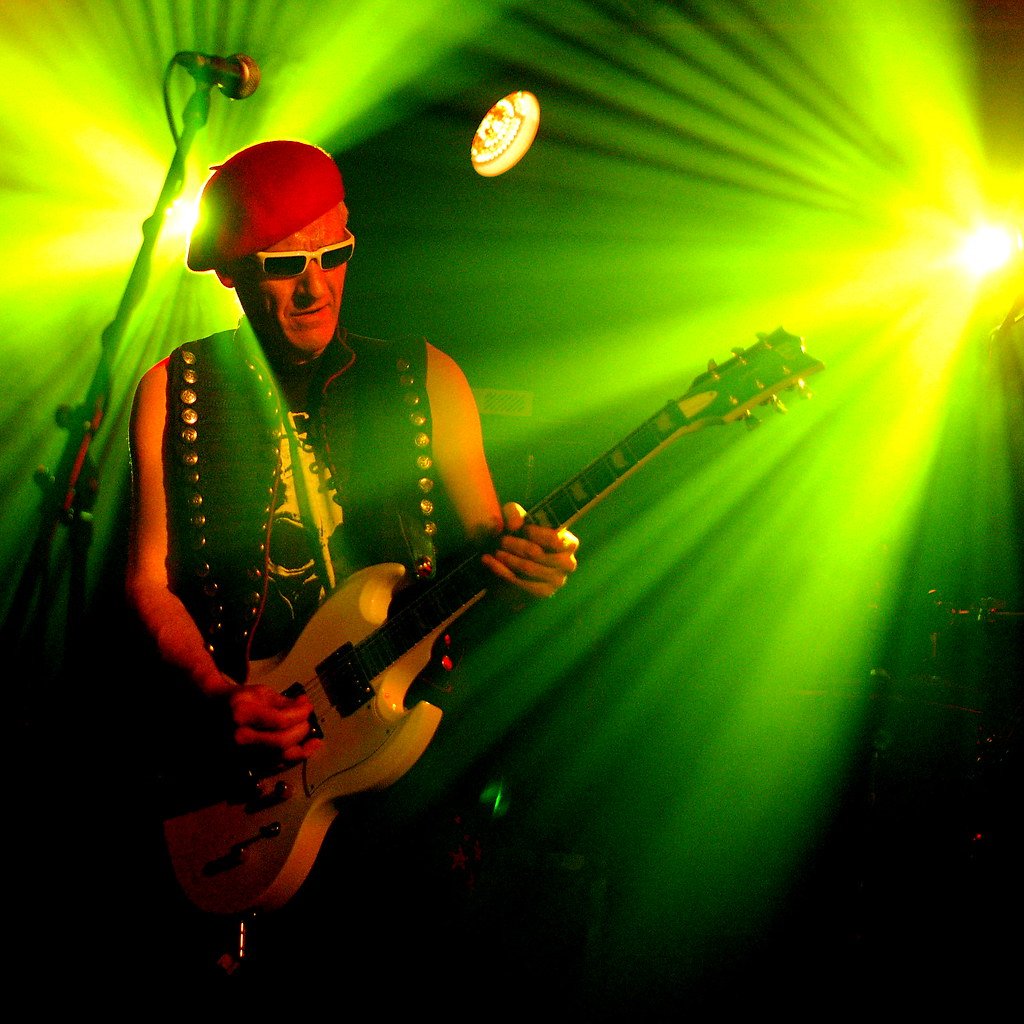 According to Madhouse Magazine, Captain Sensible of the rival band the Damned once climbed onto the stage of an early Clash gig.

He was thrown off, falling straight into some fencing that apparently left him with nasty groin injuries. Let’s just say that he was left feeling Captain Sensitive.

3. Strummer and Headon were once arrested for stealing pillowcases

The antics of the Clash landed its members in police custody quite a few times. In what Mick Jones described as “the best gig we’ve ever played,” the band’s 1978 concert in Glasgow saw the group getting into a fight between the bouncers, fans and police. As Mick sprinted away from the venue, his bandmates Joe Strummer and Paul Simonon were arrested and spent the night in the local police station.

The band also got into trouble with the police for theft. Joe Strummer and Topper Headon were once arrested for stealing pillowcases from their hotel rooms while performing in Newcastle.

2. They were heavily influenced by Jamaican music

The Clash brought ska, reggae and British Jamaican music into punk to create their unique style. For its most controversial album, Sandinista!, the band hired the Jamaican reggae artist Mikey Dread as a producer.

The band also recorded a live album, named From London to Jamaica, at the Jamaican Music Festival in 1982.

1. They refused to let British Telecom use London Calling for an ad campaign

In the early 90s, British Telecom thought that the Clash’s song London Calling would be the perfect fit for their new commercial. According to NME, the Clash rejected this request to use its music, telling British Telecom to “bog off.”

Jaguar was more fortunate, as the Clash’s members permitted it to use their most famous song for the commercial above in 2002.