10 Things You Never Knew About Showdown In Little Tokyo

Some 90s action movies remain firm favourites of film fans everywhere after all these years. Whether or not we can count Showdown in Little Tokyo among those… well, we’ll leave that up to you. While it’s generally considered a so-bad-it’s-good movie, the film does have a place in history as one of the sadly few features that Brandon Lee starred in before his untimely death, appearing alongside one of the legendary action men of the era, Dolph Lundgren. Here are some facts about Showdown in Little Tokyo you probably never knew.

10. The studio cut eleven minutes out of the film without consulting the director 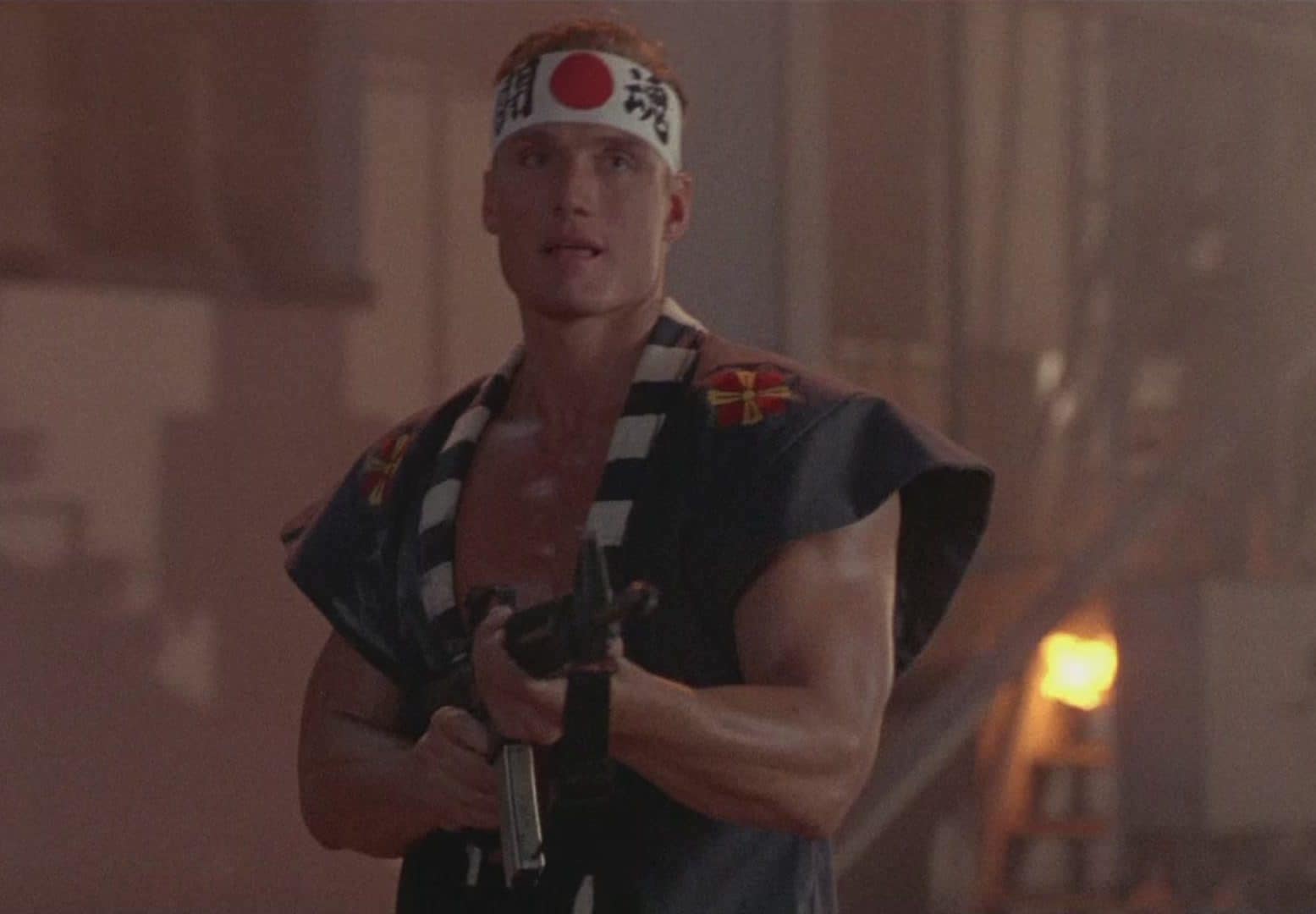 However, the studio were unhappy with the film and had it re-edited without Lester’s approval or involvement, which frustrated the director. The eleven minutes removed mostly consisted of more dramatic moments and dialogue.

9. The title was a deliberate nod to Big Trouble in Little China 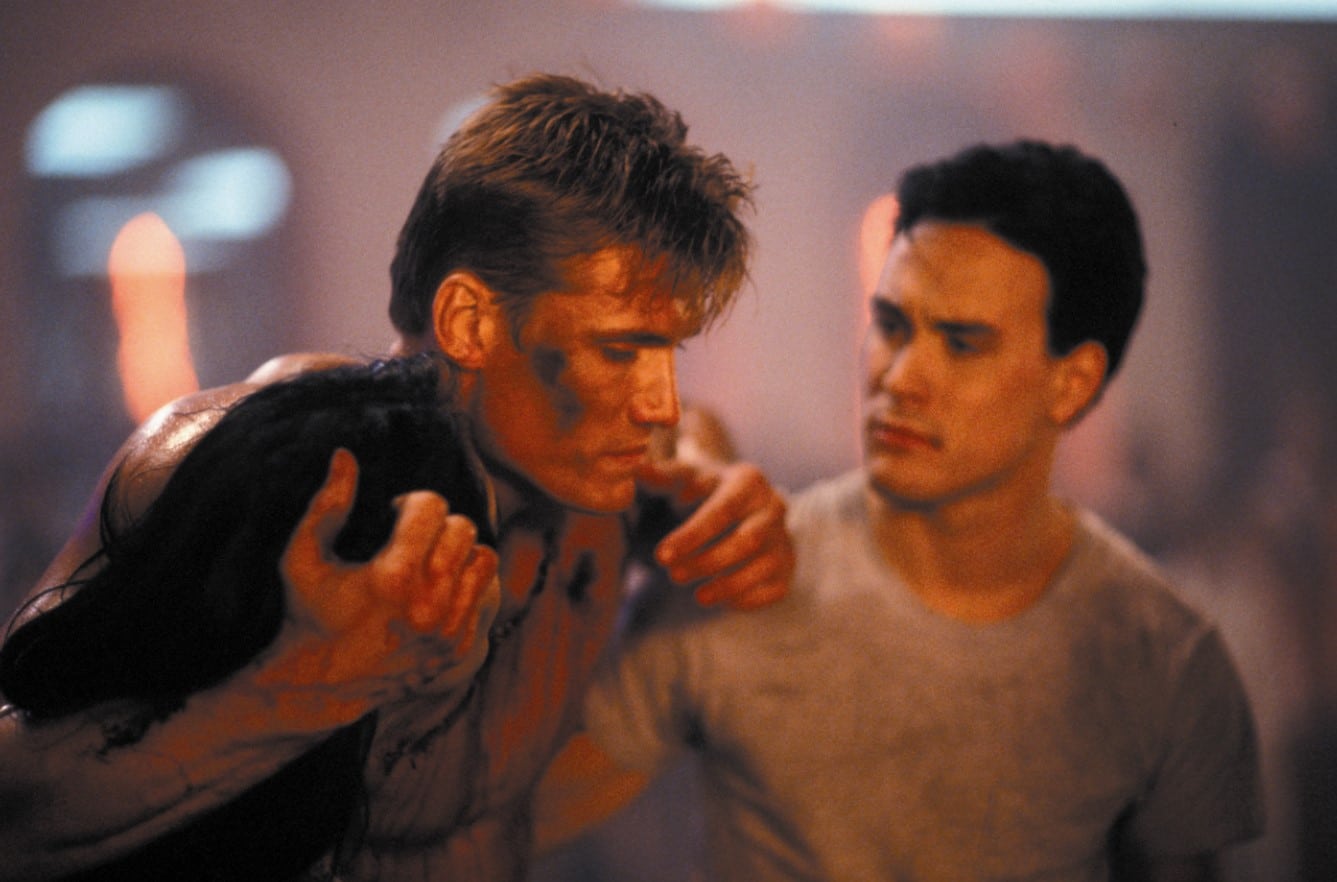 Originally, the film’s working title was Sgt. K, in reference to Dolph Lundgren’s character Sgt. Chris Kenner. Later, they renamed it Yakuza, which seemed appropriate given the film’s subject matter, but didn’t feel like a boisterous action movie title.

8. The first draft of the script was a more serious crime drama 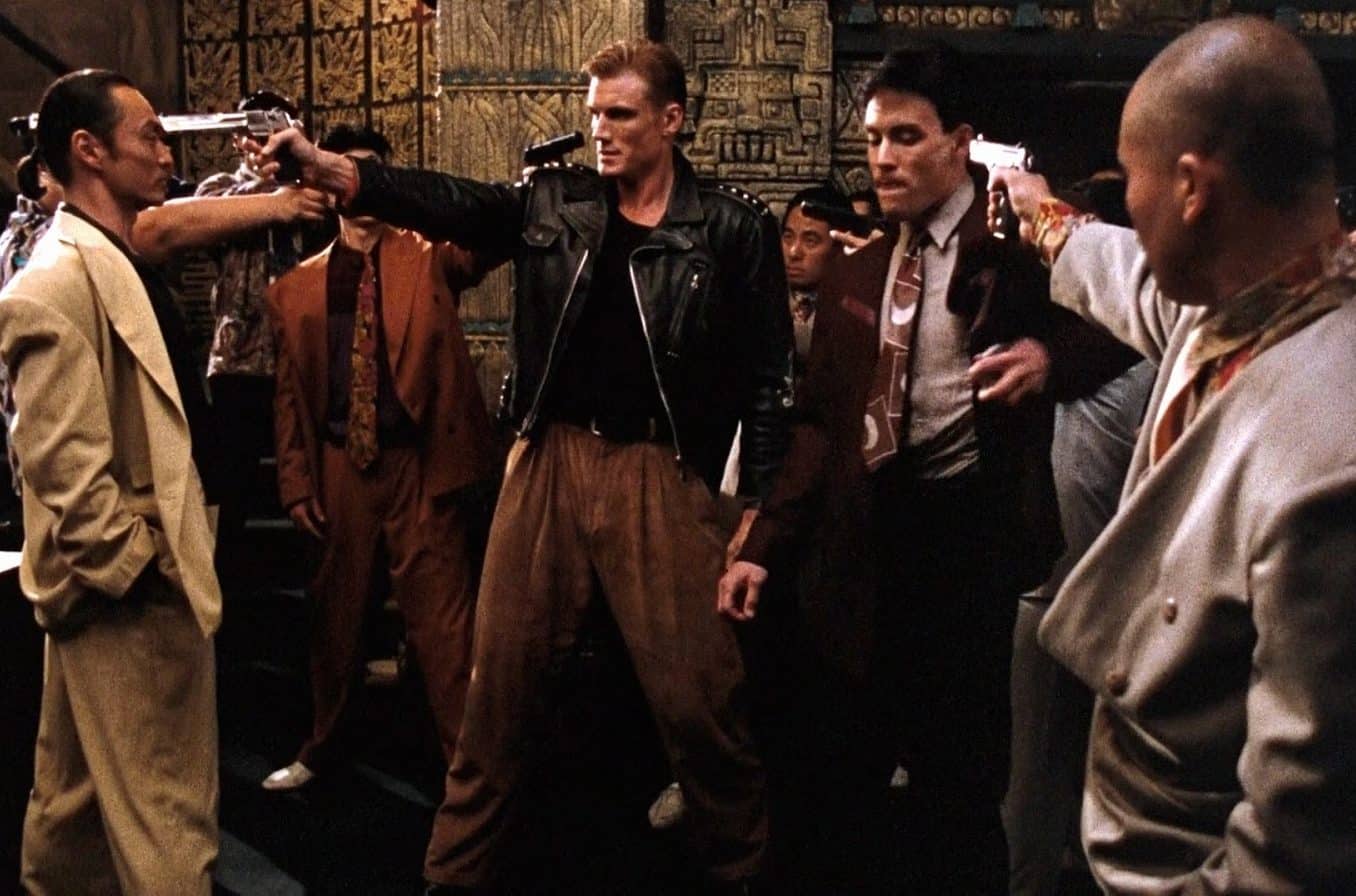 After coming up with the basic premise, Mark L. Lester and producer Martin E. Caan hired screenwriters Stephen Glantz and Caliope Brattlestreet to pen the script. However, Glantz and Brattlestreet’s first draft was too grounded and dramatic for Lester’s tastes.

A number of other writers worked on the script, gradually turning it into the more light-hearted, tongue-in-cheek movie that eventually made it to screens.

7. Lundgren used a real Samurai sword when slicing through bamboo 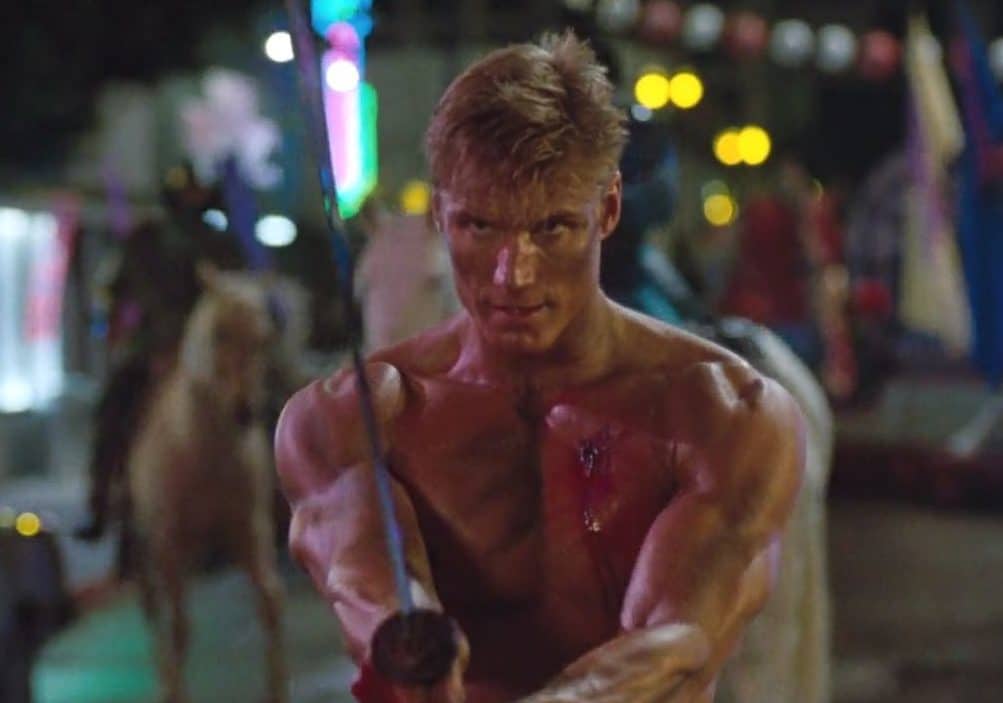 As the film features warring Yakuza gangsters and an American cop (Lundgren’s Kenner) who follows the code of the Samurai, Showdown in Little Tokyo boasts more swordplay than the average 90s action cop movie.

As you might expect, almost all the swords used were in fact blunt replicas – but not in the moment when Lundgren slices through some bundles of bamboo, for which he used an authentic Samurai sword.

6. Tia Carrere appeared in another 1991 action movie released on the very same day 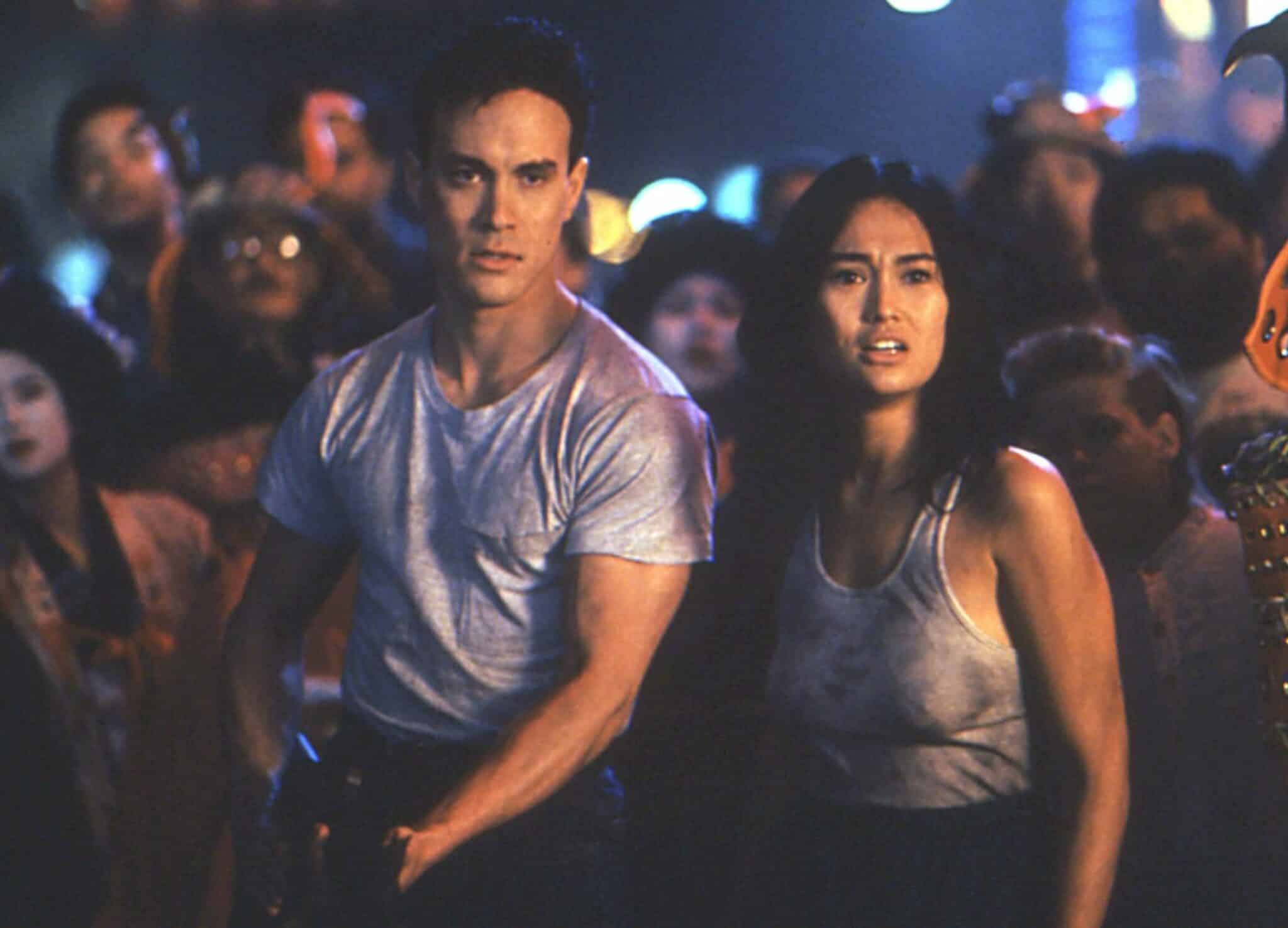 Showdown in Little Tokyo provided a breakthrough role for Tia Carrere, who would go on to take major roles in Wayne’s World and True Lies. She also appeared in another 1991 action thriller, Harley Davidson and the Marlboro Man (alongside Don Johnson and Mickey Rourke).

In a curious twist of fate, both Showdown in Little Tokyo and Harley Davidson and the Marlboro Man were released to US cinemas on August 23rd 1991 – although neither proved to be a hit.

5. The brewery gate which the truck crashes through was genuinely solid wood 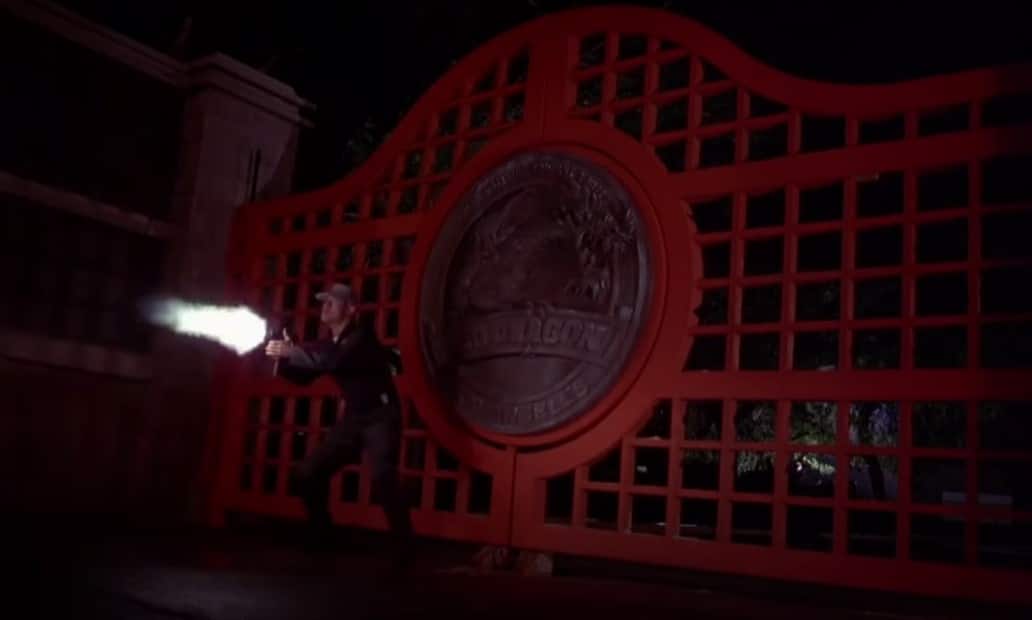 Typically when an action movie features a vehicle driving through a solid object, the object in question will in fact be a lightweight replica which breaks easily. This had been the plan for the gateway of the Red Dragon Brewery, which Lundgren and Lee’s characters drive a truck through.

However, when the crew arrived on set they found the gate had been built out of genuinely solid wood, rather than balsa. For this reason the side of the gate facing away from the camera had to be carefully scored down to ensure it would break safely when the truck hit.

4. THAT line of dialogue from Brandon Lee was originally even worse 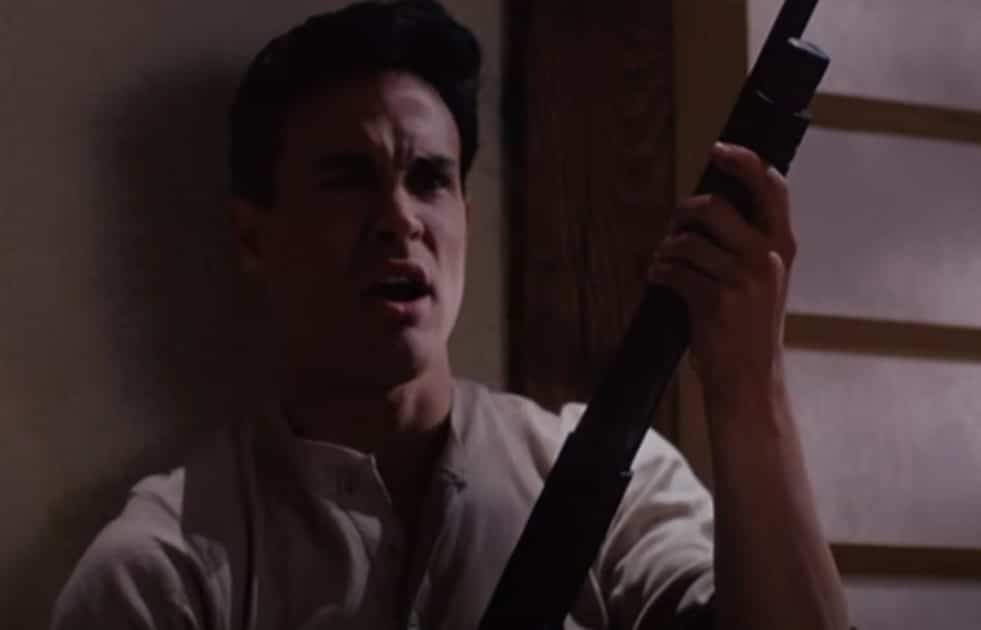 There’s nothing new about overtones of homoeroticism in action movies, but Showdown in Little Tokyo notoriously takes it to another level when Brandon Lee’s Murata tells Dolph Lundgren’s Kenner, “you have the biggest d*** I’ve ever seen on a man.”

As alarming as the line might be, this was edited down for the theatrical cut. Originally, Lee told Lundgren it was the biggest he’d ever seen on a white man.

3. It was released straight to video in many countries after bombing at the US box office 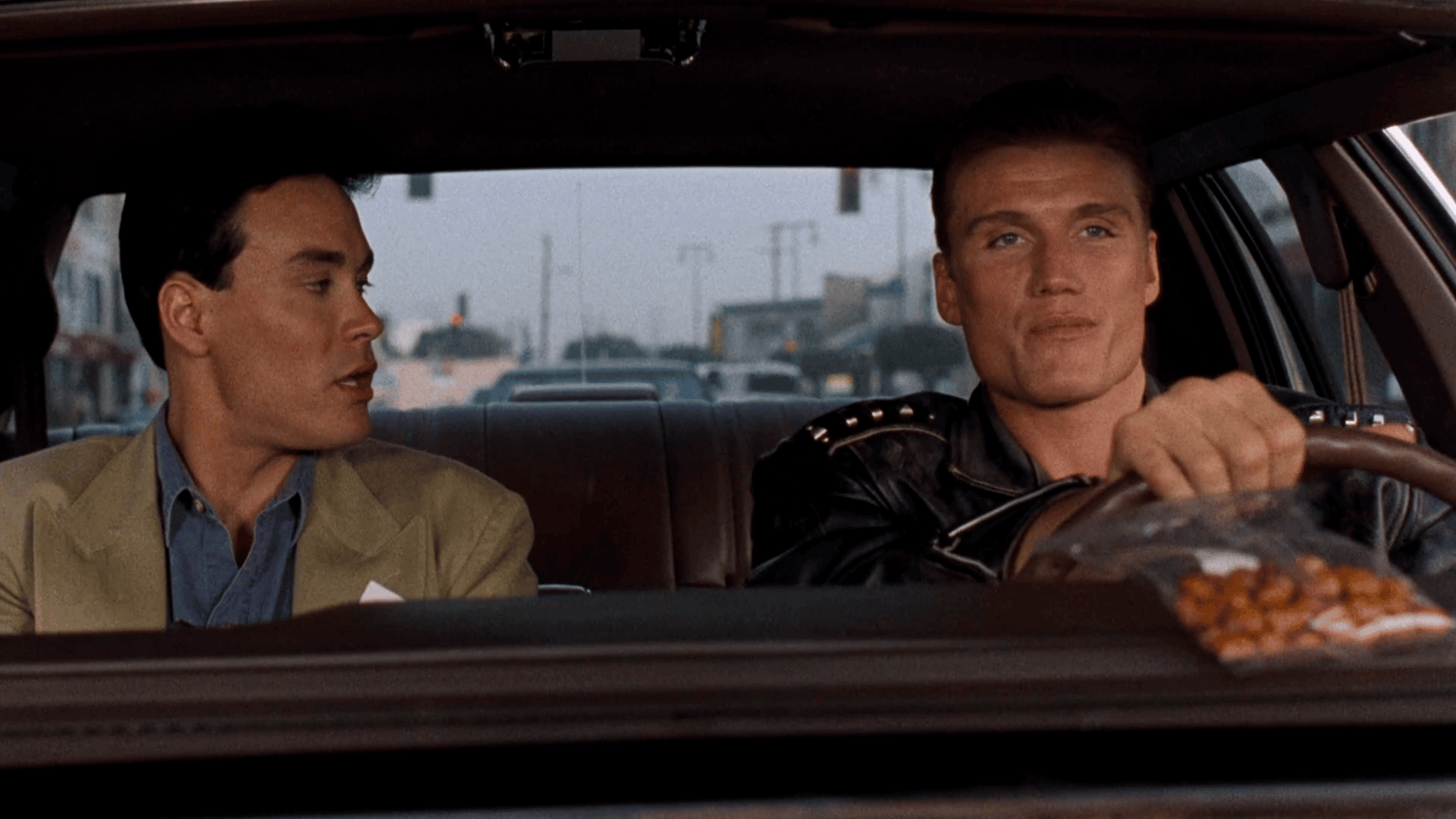 Although Showdown in Little Tokyo enjoys a cult following today, it didn’t go down well on release. It made a mere $455,192 on its opening weekend in the US, after receiving almost universally negative reviews.

In the end, Showdown in Little Tokyo made just $2.3 million at the global box office. It was only released theatrically in five countries and went direct to video everywhere else. 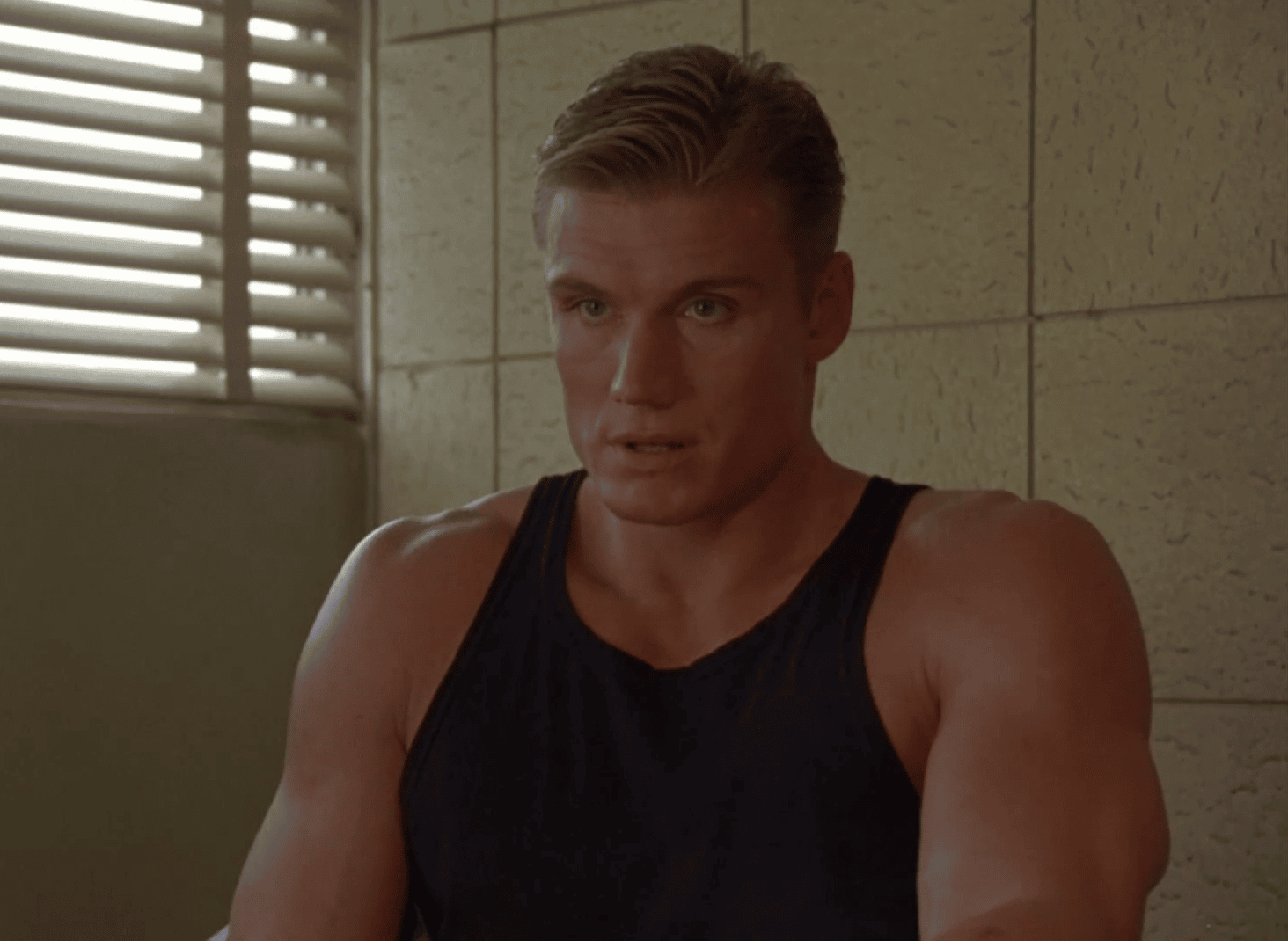 Showdown in Little Tokyo marked the end of an era for Dolph Lundgren. Although he was one of the most famous action stars of the time, Lundgren would never again take top billing in a major studio movie.

While he has taken supporting roles in major theatrical films, Lundgren has since worked primarily in low-budget straight to video/DVD movies.

1. The film enjoyed a massive surge in VHS sales and rentals after Brandon Lee’s death 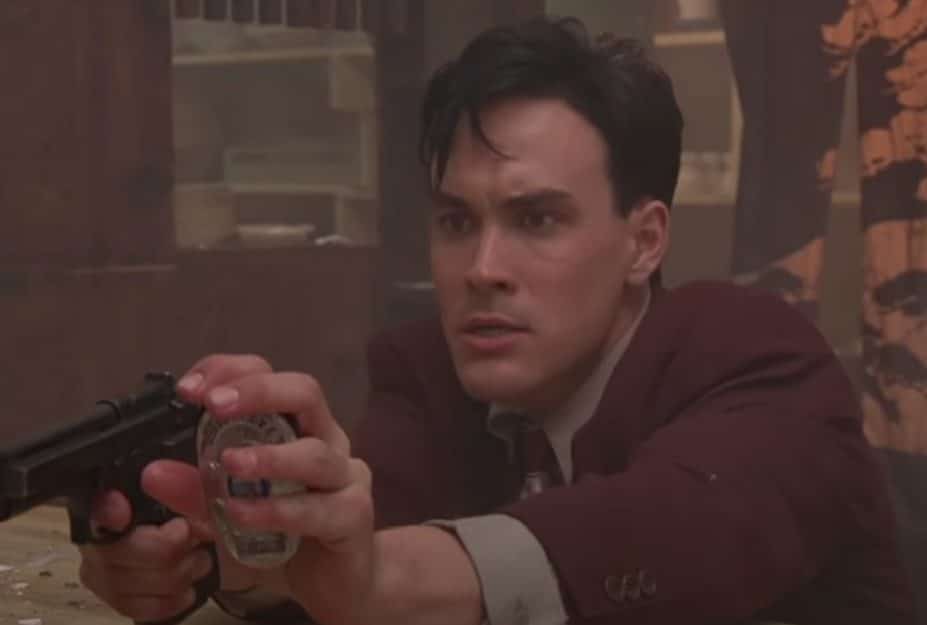 Although Showdown in Little Tokyo largely flew under the radar on release, it suddenly became a hot property in 1993 for tragic reasons, when Brandon Lee was killed on the set of The Crow.

Because of Lee’s shocking death, there was suddenly increased interest in the actor’s few existing films (the others being Legacy of Rage, Laser Mission and Rapid Fire).