Whether you know him as Samwise the Hobbit, Mikey the Goonie or Raphael the Teenage Mutant Ninja Turtle, Sean Astin is beloved by audiences everywhere. Having starred in some big film and TV productions since his career as a child actor took off in the 1980s, Astin has developed a firm, loyal fanbase.

Astin has also won the hearts of critics everywhere, scoring multiple award nominations from the Screen Actors Guild and even winning one for his performance in The Return of the King. Suffice to say, Astin has had one of the most solid, stable, and enduring careers in Hollywood.

Here are 10 facts you might not have known about him. 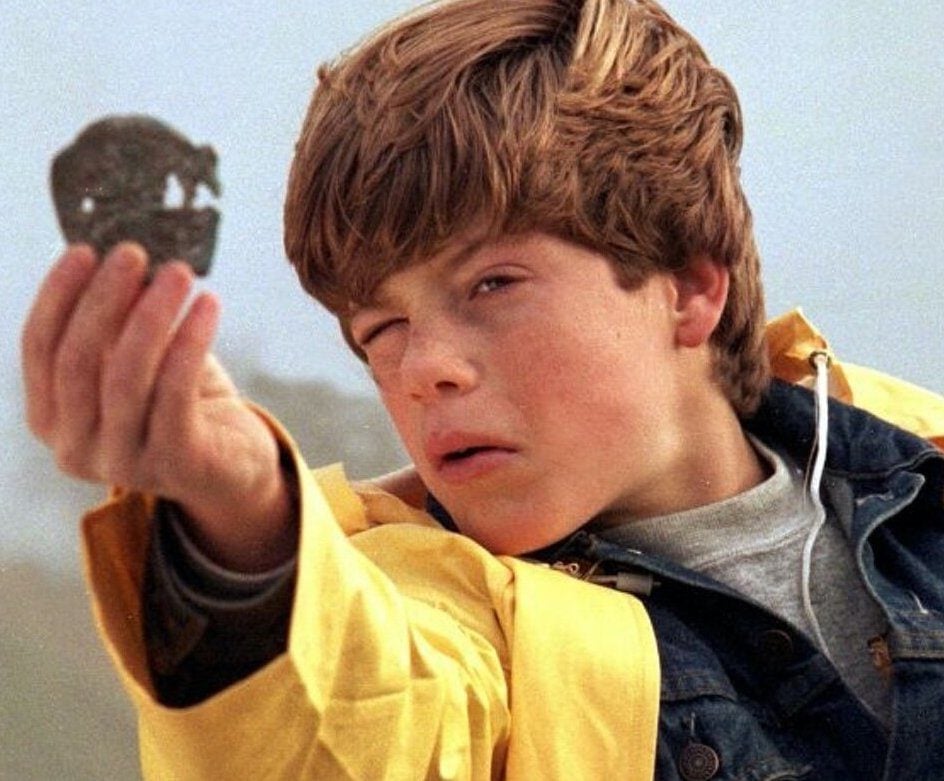 Astin was born (as Sean Patrick Duke) in 1971 to actress Patty Duke and Michael Tell. However, at the time, it was believed that Desi Arnaz Jr was actually Sean’s father. Arnaz and Sean had a good relationship, with Arnaz caring for him deeply – but in the 90s a DNA test revealed that Tell was Sean’s biological father.

In 1972 Duke went on to marry actor John Astin, who ended up adopting Sean. Duke divorced Astin in 1985 and went on to marry Mike Pearce in 1986, with Pearce becoming a stepfather to Sean. Sean maintained good relationships with Arnaz, Tell, Astin, and Pearce. Speaking to ABC News in 2004, he said: “I can call any of them on the phone any time I want to. John, Desi, Mike, or Papa Mike … my four dads.”

9. He was rushed to hospital after injuring his foot filming The Fellowship of the Ring 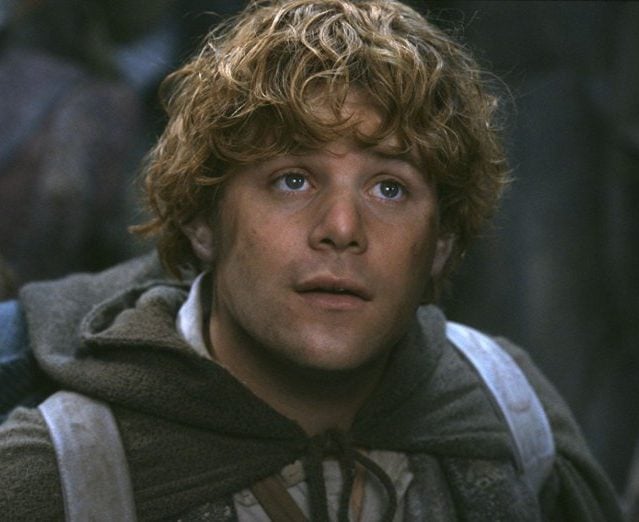 While shooting one scene for The Lord of the Rings: The Fellowship of the Ring, Astin had to run into a lake after Elijah Wood. As Astin waded into the lake, he stood on something sharp, and had to be rushed into hospital. He received 20 stitches in his foot.

Astin recalled the incident in his book, There and Back Again: An Actor’s Tale: “When the crew prepared the lake for this scene, they ran a rake along the bottom to smooth and make sure nothing was there. Unfortunately, they might have churned something up that was buried. Also, I was putting such force into the way I was marching into the water, while wearing just my hobbit feet, that anything with a sharp tip was going to do some damage.”

8. He has a matching tattoo with all the Lord of the Rings cast 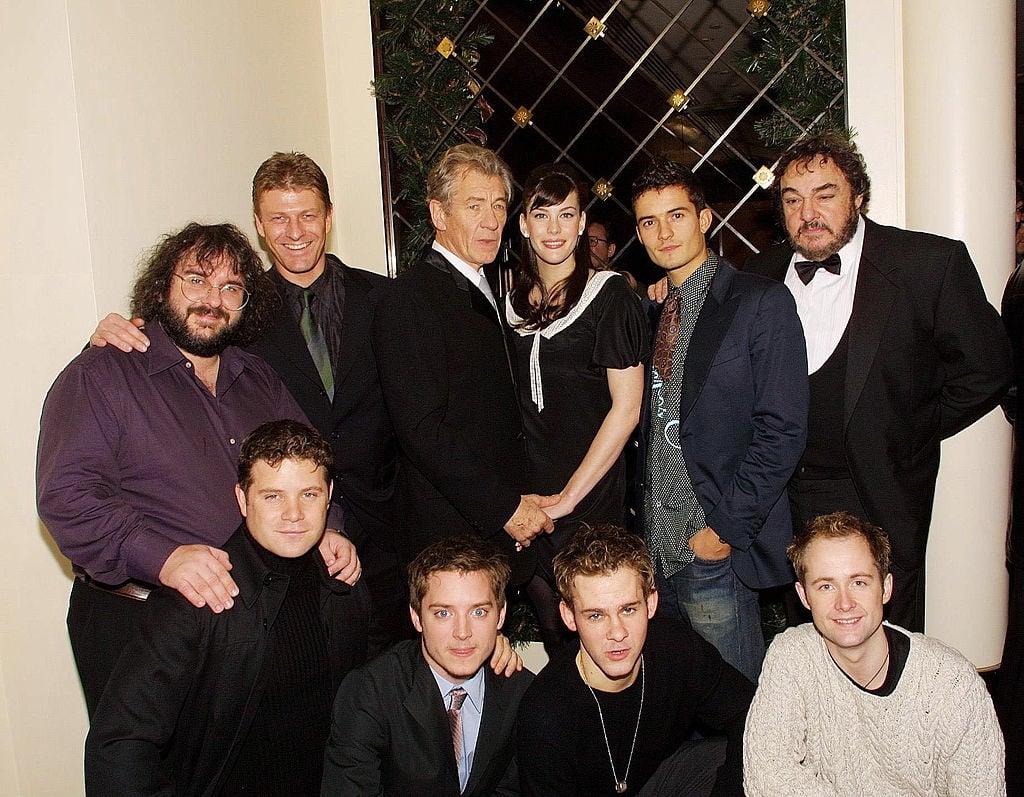 No doubt Astin shares amazing memories with the whole of the Lord of the Rings cast – but that’s not the only thing binding them together. Astin, along with Elijah Wood, Sean Bean, Billy Boyd, Ian McKellen, Dominic Monaghan, Viggo Mortensen, Orlando Bloom and Brett Beattie (John Rhys-Davies’ stunt double), has an ankle tattoo of the word ‘nine’ written in the Tengwar script.

The cast got the tattoos back in 2001 shortly before wrapping on Fellowship. Speaking at the film’s Leicester Square premiere, Wood said: “We felt the experience was both wonderful enough and profound enough to have ourselves branded, so we went ahead and did that about a week before we finished.”

7. He improvised the One-Eyed Willy speech

Richard Donner wanted true authenticity in the scene where Astin tells the other Goonies about One-Eyed Willy. Although Astin wasn’t expected to make up the whole story himself, he did have to improvise a lot in the scene.

To achieve a more realistic performance, Donner told Astin the story of One-Eyed Willy moments before the cameras started rolling. Astin then had to repeat the story back to the best of his abilities. 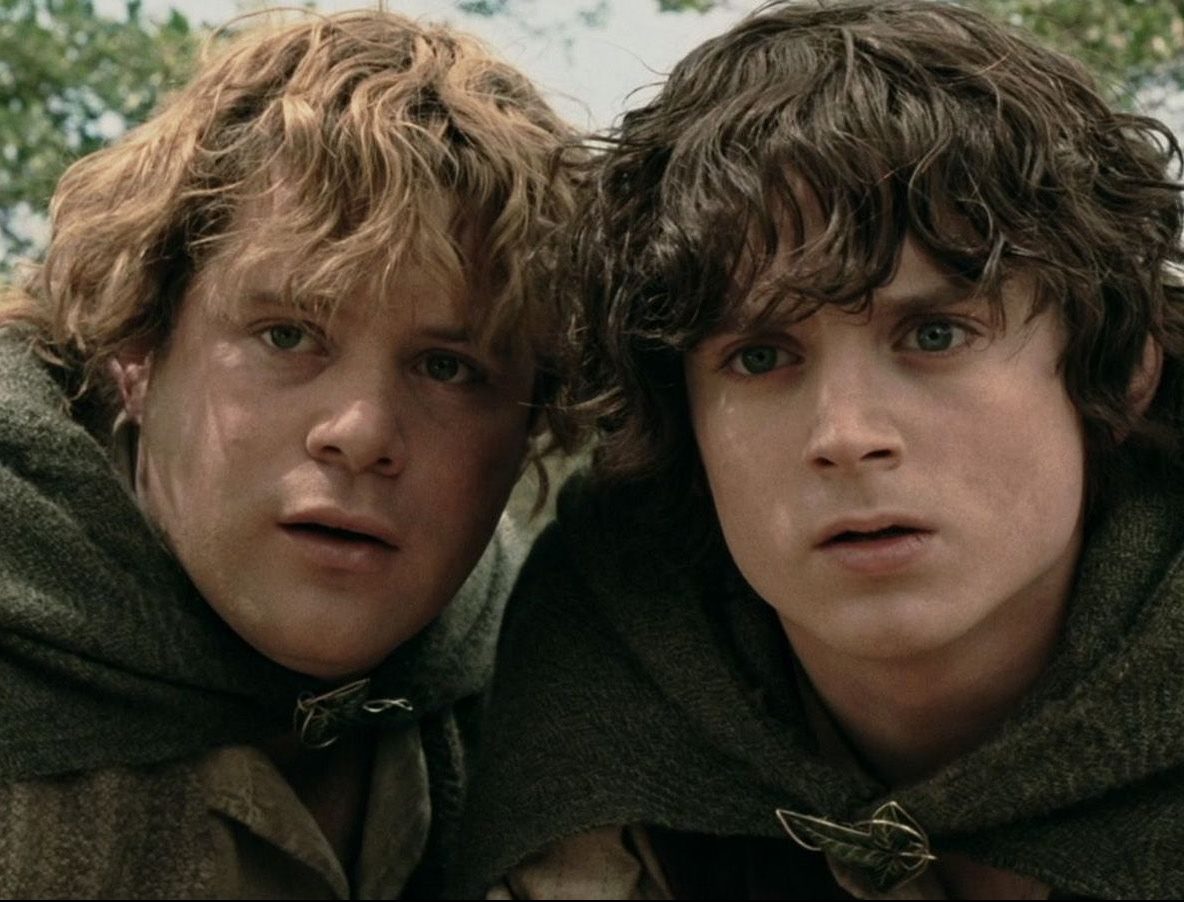 To celebrate the release of The Fellowship of the Ring back in 2001, New Zealand released a commemorative set of postage stamps which featured characters from the film. It was only fitting, given how much of the film was shot in the country.

Astin featured on one stamp alongside co-star Elijah Wood – although, unfortunately, a mistake meant that his name was printed on the stamp as Sean Austin instead of Sean Astin. Other stamps featured Sean Bean and Ian McKellen.

5. He almost wasn’t cast in Stranger Things because the creators thought it would look like a ‘gimmick’ 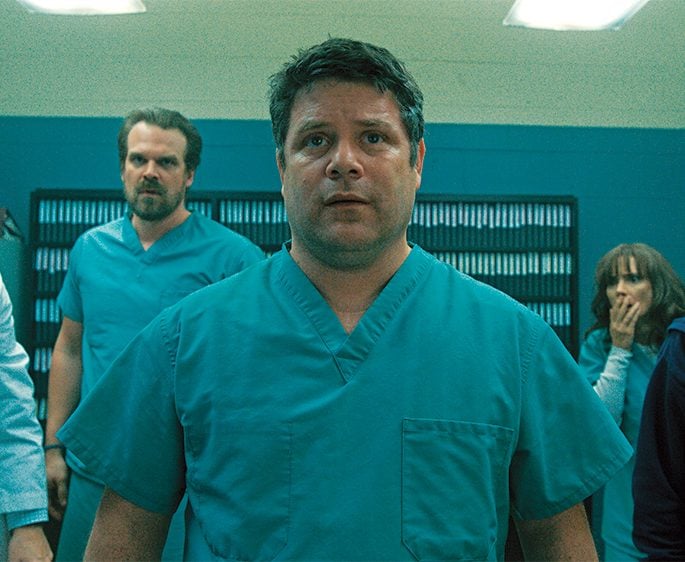 Stranger Things has taken Netflix by storm with its talented cast and throwback 80s aesthetic. Astin dazzled in the show’s second season as Bob Newby, Hawkins Electrical Shack employee and boyfriend to Joyce Byers – but he almost didn’t make the cut.

According to Vanity Fair, one of the Duffer brothers (the show’s creators) revealed to Astin after filming had commenced that initially they had had reservations about casting him in the role: “what we liked on the audition was that you really fit the part, but we didn’t want it to be a gimmick.”

4. He formed a bond with Finn Wolfhard making Stranger Things 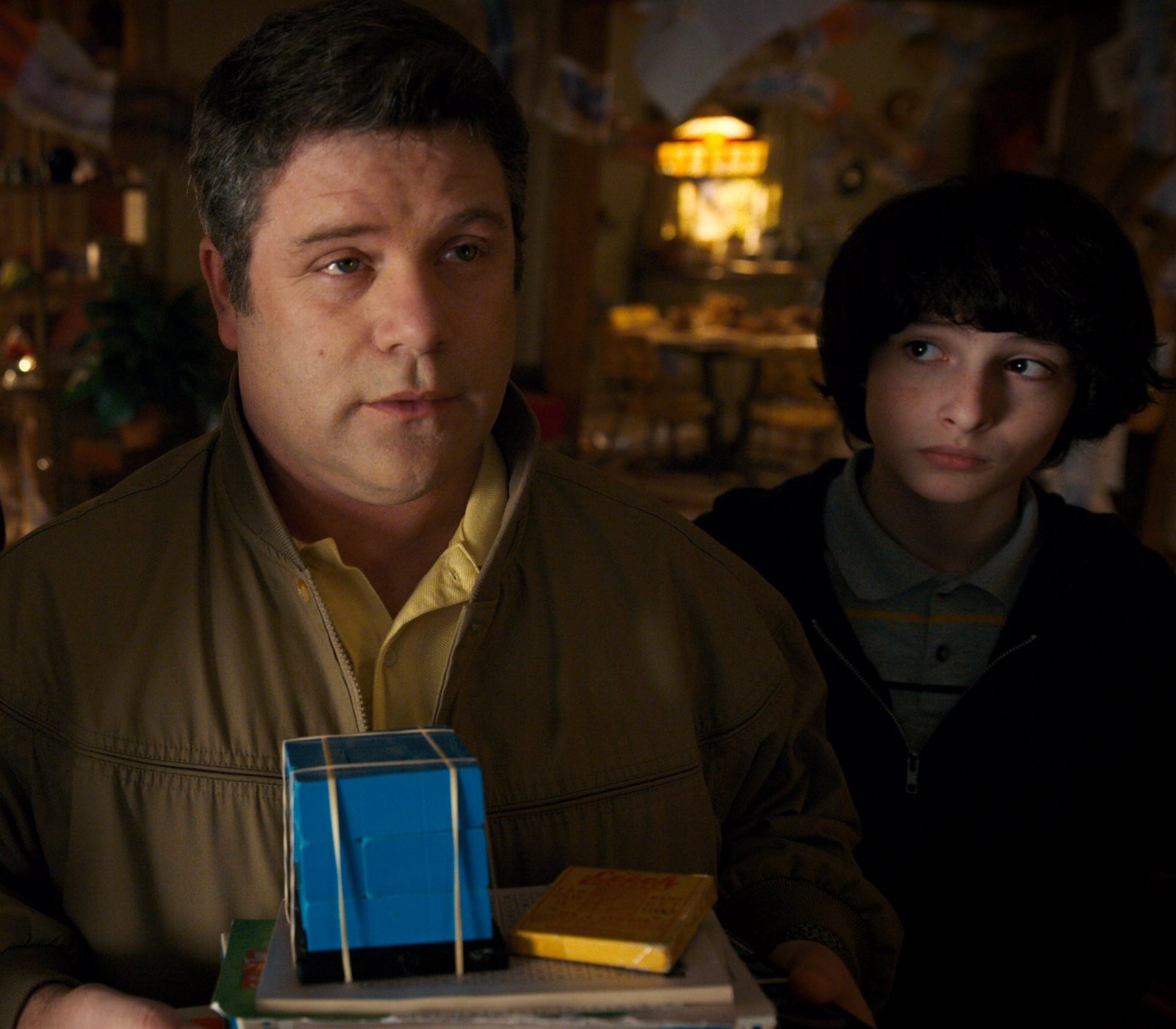 Astin naturally bonded with a lot of the younger cast member while shooting Stranger Things. “They definitely wanted to hear stories from the days of yore, so I had lots of those at the ready,” he said, speaking to Vulture in 2017. Astin went on to form a particularly close bond with child actor Finn Wolfhard.

“I spent a lot of my screen time with Finn [Wolfhard] and Noah [Schnapp], though Noah was on the gurney most of the time, so mostly Finn. We really hit it off, but I told him I wasn’t gonna be able to watch his movie It because it was too scary.”

3. He directed a film while making Lord of the Rings 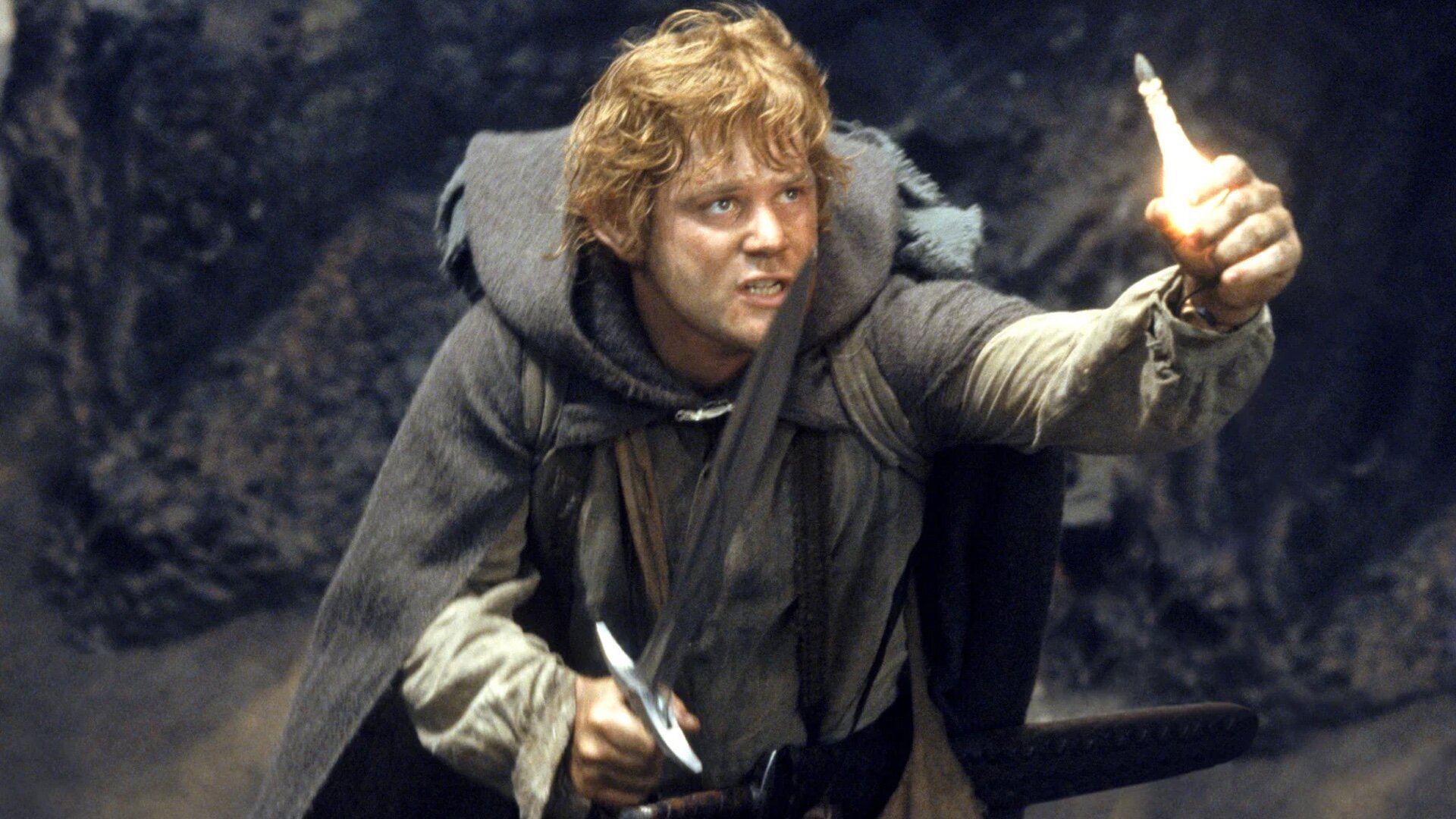 Astin didn’t just sit around during any breaks in photography while shooting Lord of the Rings. Instead, he used the time to direct members of the cast and crew – including director Peter Jackson – in a short film titled The Long and Short of It.

The film was five minutes long and was about the value of friendship in trying times – not dissimilar to the overarching theme of the Rings trilogy. Astin shot the short film on a digital camera which he’d borrowed from Lucasfilm. The Long and Short of It can be watched on the 2002 DVD of The Lord of the Rings: The Two Towers.

2. He left halfway through the recording of the DVD commentary for The Goonies 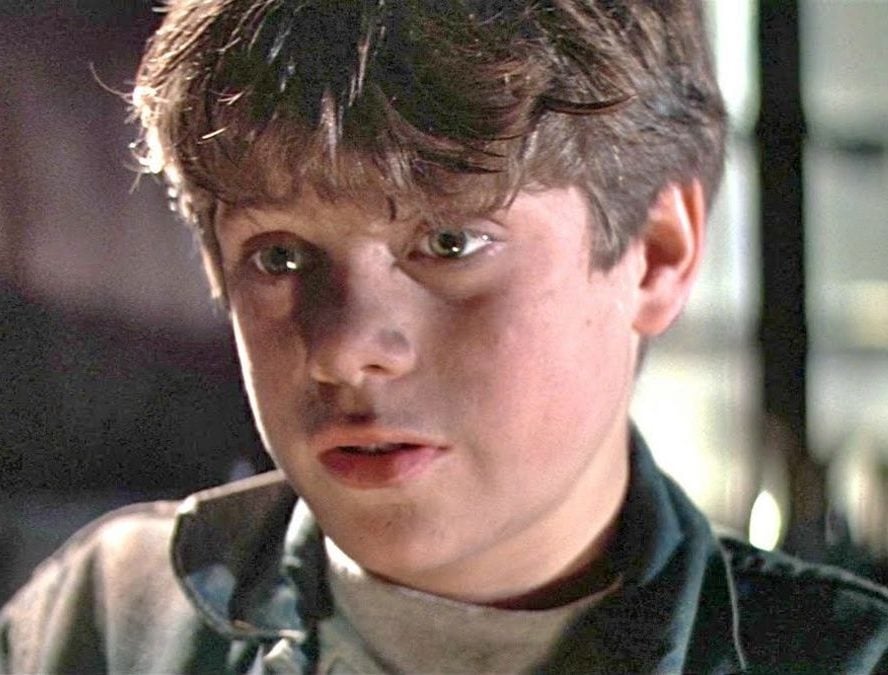 Despite being the star of the show, Astin left in the middle of the recording of the DVD commentary for The Goonies. This was because the recording session had started late and was running over, and Astin had promised to introduce his friend Joe Pantoliano who was performing as an MC at a nearby theatre.

Astin left the studio to get changed and when he came back he stated that he had to leave because of this prior commitment. This was all recorded but unfortunately did not make the final cut.

1. Astin had to gain 35 pounds to play Samwise 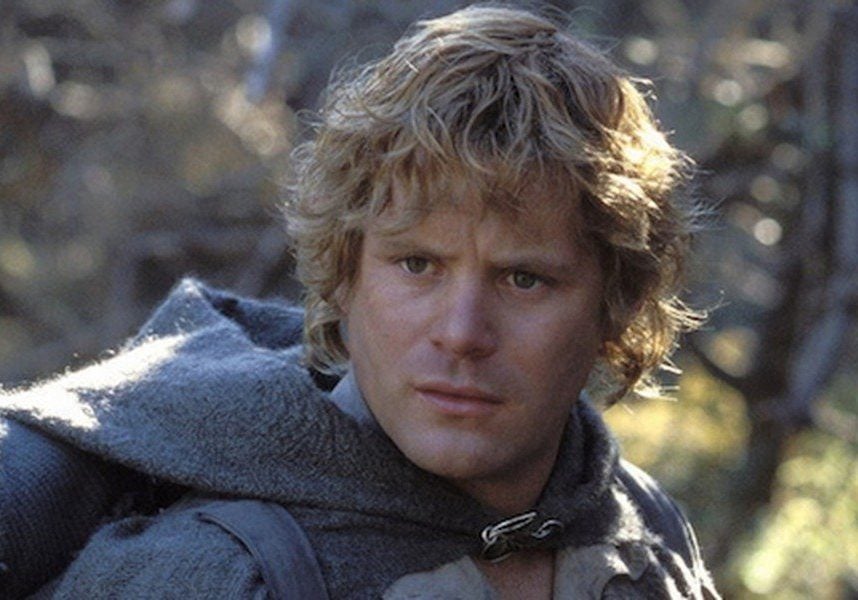 Samwise Gamgee is pretty portly, but at the time of filming Rings, Astin wasn’t – in fact, in preparation for the role, Astin was required to gain a good deal of weight. Speaking to IGN in 2002, Astin explained that he had to pack on “about 35, 36 pounds” to play Samwise.

“My goal was, by the time we started promoting The Two Towers that I was down to 155, which is what I’m at now,” he explained. “In June, when we did the retakes, I was 196. So, yeah, it’s been a considerable amount of effort, and discipline, and hard work, and pain, to get it all off. But I don’t want to play the fat guy or the friend for the rest of my life.”