Iconic 80s group New Order formed in 1980, rising from the demise of Joy Division after the tragic death of lead singer Ian Curtis. The band got off to a somewhat rocky start as their new material was overshadowed by Curtis’ untimely passing and they struggled to find their feet without his direction – but eventually, New Order got into a groove and quickly became pioneers of dance and electronic music.

New Order are one of the most era-defining groups to come out of the 80s and are still widely loved by fans to this day. Here are 10 facts you might not have known about this unique group.

10. They played their first gig without a band name 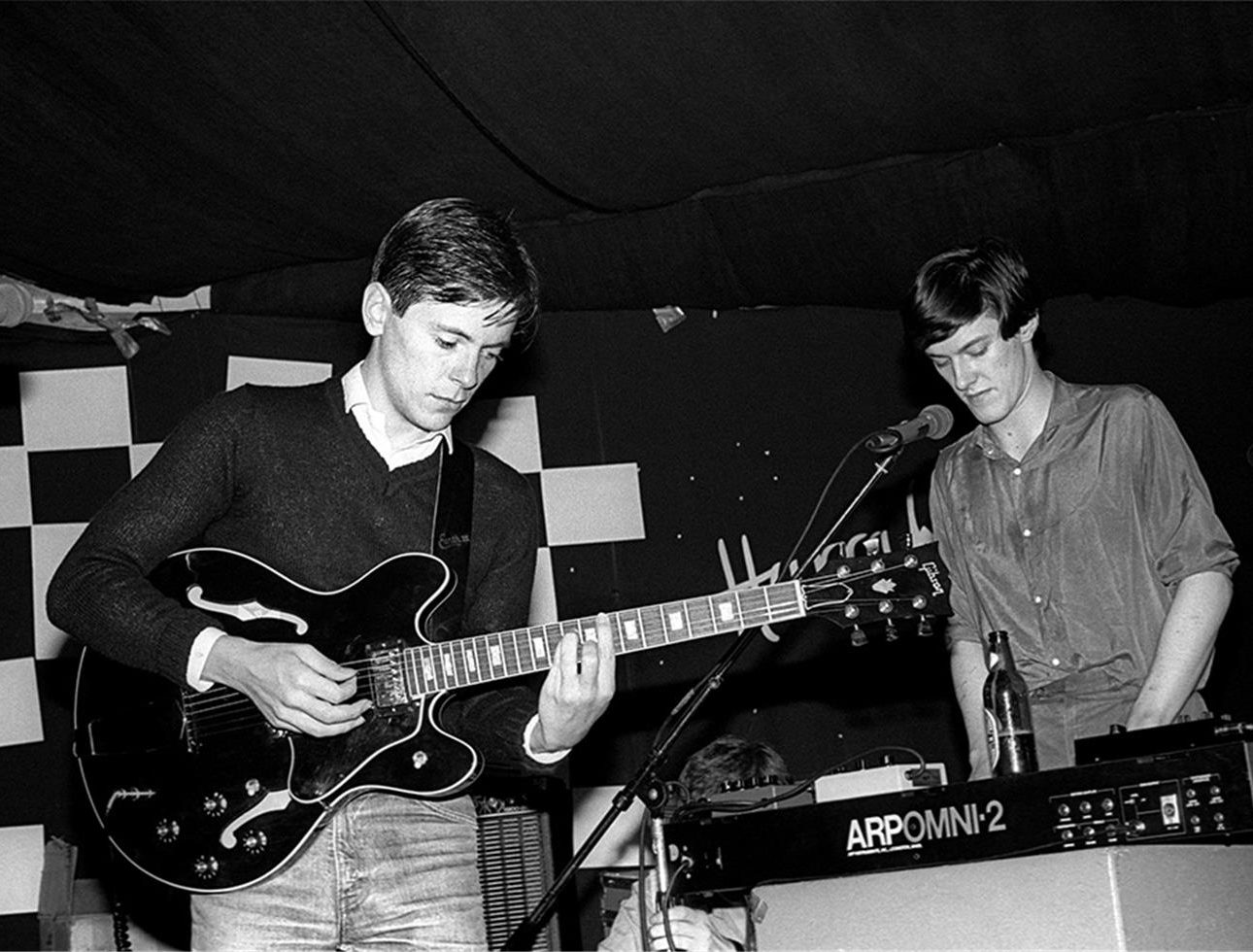 Prior to Ian Curtis’ passing, the members of Joy Division had promised to never continue under the name ‘Joy Division’ if any one of the original four members – Curtis, Bernard Sumner, Peter Hook and Stephen Morris – left. While Sumner, Hook and Morris agreed soon after Curtis’ death that they would continue to make music together, they were less decisive about what name they should perform under.

The trio played their first gig two and a half months after Curtis’ passing on 30 July 1980 at the Beach Club at Oozit’s in Manchester – but they still had not decided on a name. They were billed as ‘The No Names’ as they filled in for The Names, a post-punk band that had to pull out of performing at the last minute.

9. The band name came from a newspaper headline 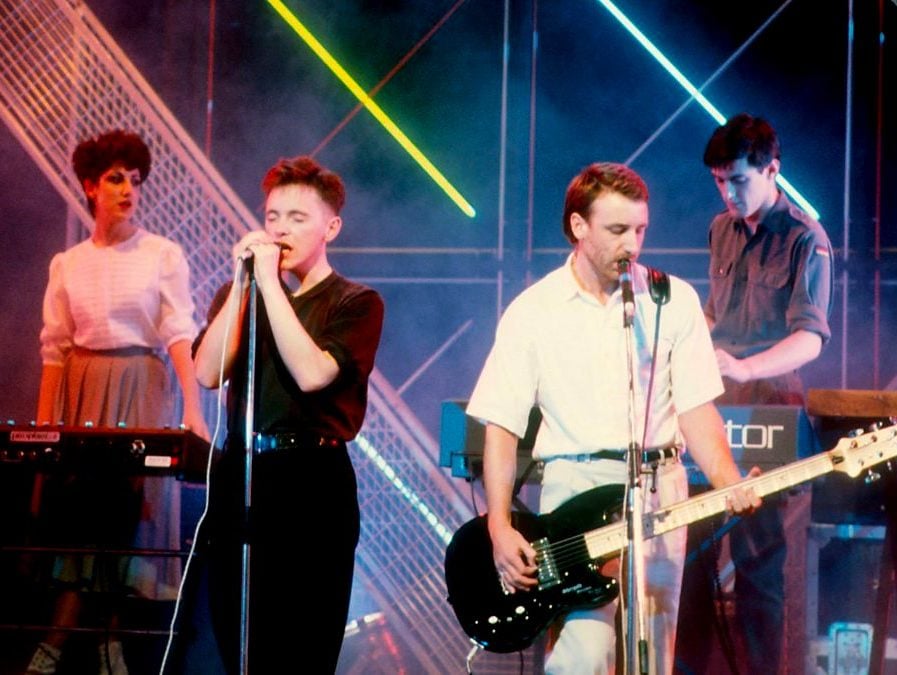 New Order finally found a name thanks to their manager, Rob Gretton. Gretton was reading a Guardian article with the headline “The New Order of Kampuchean Liberation” and was struck by the phrase ‘new order’ – so he suggested it to the band. The band then voted between two of their favourite names: New Order and The Witchdoctors of Zimbabwe.

The result was far from a unanimous victory for New Order – the result was an unhelpful 2-2 draw. Peter Hook was hugely in favour of New Order and apparently insisted that he would leave the band if they went with The Witchdoctors of Zimbabwe, which clinched the win for New Order. 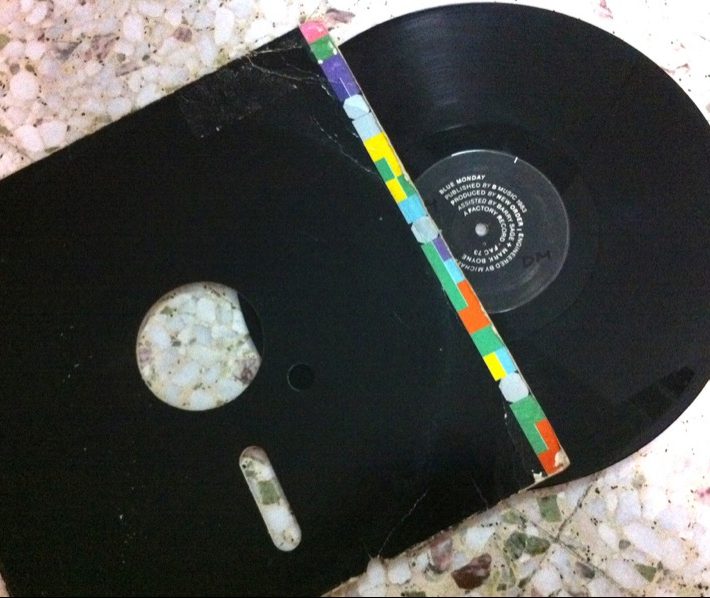 Despite Blue Monday flying off shelves when it was released as a single in 1983, the band actually lost money with every sale they made. Their record label Factory unwisely marketed the single for £1 when the cost of producing the album sleeve was £1.10. The record featured a die-cut sleeve that resembled a floppy disk, which proved expensive to create.

Speaking to NME back in 2012, Peter Hook confirmed that they lost thousands because of the mistake. “Tony [Wilson] ended up having those wonderful brass awards cut for us to celebrate 500,000 sales, when what we were actually celebrating was a loss of £50,000. That could only happen at Factory,” he said. “They did rectify it later by having a normal sleeve, but that only came after a massive amount of copies had been sold.”

7. The Killers took their name from a New Order music video

The video for New Order’s 2001 single Crystal featured a group of teens lip-syncing to and ‘performing’ the song. The fictional teen band is apparently called ‘The Killers,’ judging by the name written on the front of the bass drum.

The video directly influenced a young Brandon Flowers, who nabbed the name of the fake band when deciding what to call his real band. Flowers was a huge New Order fan and went on to pay homage to the Crystal music video in The Killers’ video for Somebody Told Me.

6. Prince Andrew once had their amplifiers shot out 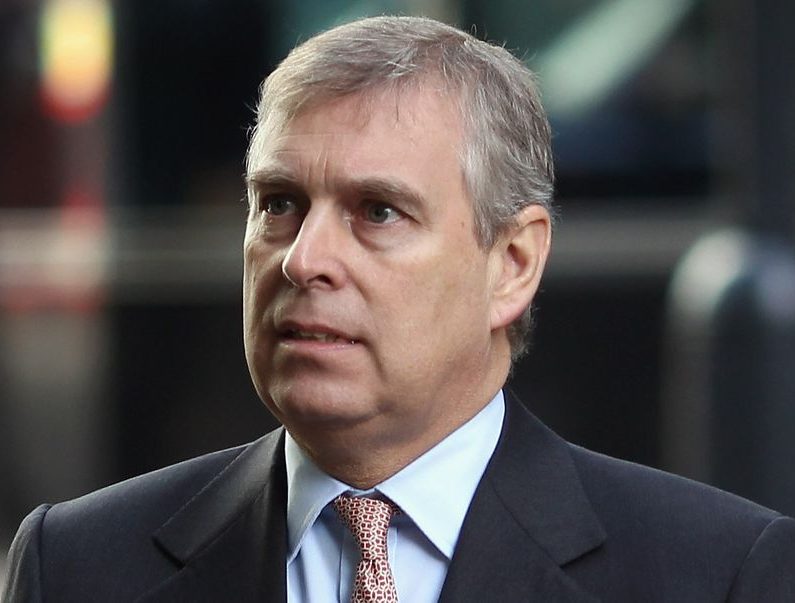 Sadly, it seems Prince Andrew was never a fan of New Order, so much so that he once had the band’s amplifiers shot out. Speaking to NME in July 2020, Peter Hook recalled performing for the since-disgraced royal and his wife Fergie. “The manager of a Los Angeles club called Stock Exchange was given an open budget to entertain Prince Andrew and Fergie on their trip to help English fashion designers,” he said.

“This guy was a mad New Order fan and paid us a fortune to play five songs. […] When we started to play, we were so loud that the Secret Service men ran over to the PA and shot it out.”

5. World in Motion was originally going to be called ‘E for England’ 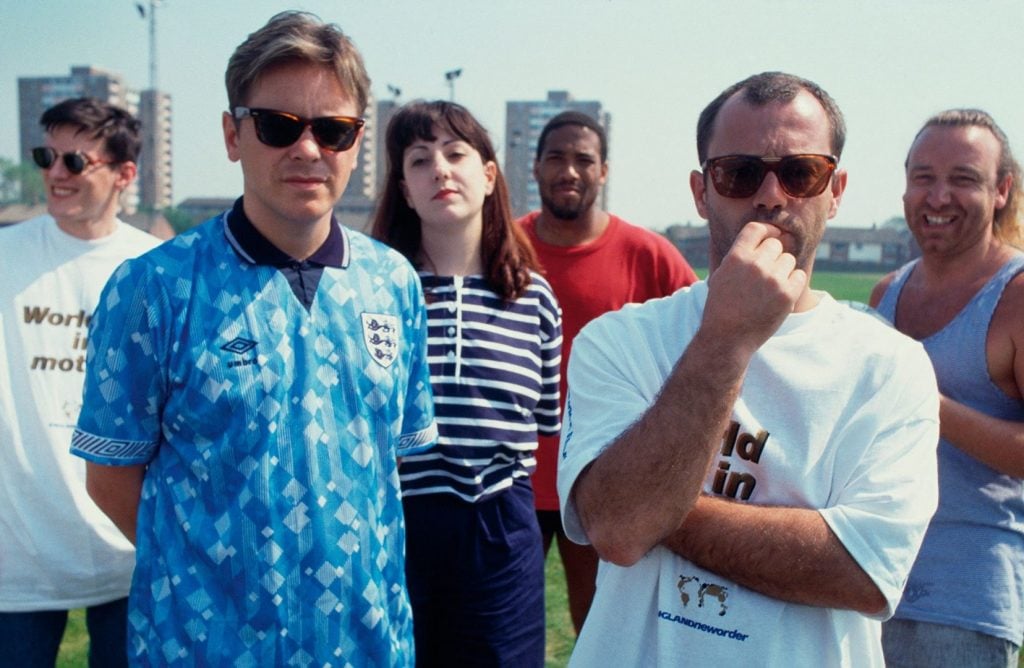 World in Motion is one of New Order’s best-loved songs – in fact, it’s their only no.1 in the UK to date. But the iconic footie anthem almost wasn’t called ‘World in Motion’ – instead, the group were considering naming the track ‘E for England.’ According to lyricist Keith Allen, the song was initially meant to include the line: “E is for England, England starts with E / We’ll all be smiling when we’re in Italy.”

Peter Hook recalled the discussions the group had about the track in an interview with NME in July 2020: “I’ll never forget Tony Wilson’s face when Keith Allen, who wrote the lyrics, [suggested the title ‘E for England’] to him. He knew he wouldn’t get away with it,” he explained. “With the World Cup song, he saw us – and therefore Factory and The Haçienda – going to another level. Luckily for us we didn’t get our own way and the record was our only number one in England.”

4. They once released an experimental Christmas song (it wasn’t a hit)

Following the success of World in Motion, Slade frontman Noddy Holder advised Peter Hook to write a Christmas song. Speaking to NME in July 2020, Hook revealed that Holder told him New Order ought to write a festive song as “You get paid every year instead of every four.”

Unfortunately, New Order never released a big Christmas hit – although back in 1982 they did release a Christmas song called Rocking Carol. The song was massively experimental, featuring lots of synthesisers and vocoder – it’s no surprise it never entered the mainstream as the song doesn’t exactly scream ‘Christmas’!

3. They turned down an invitation to Prince’s mansion 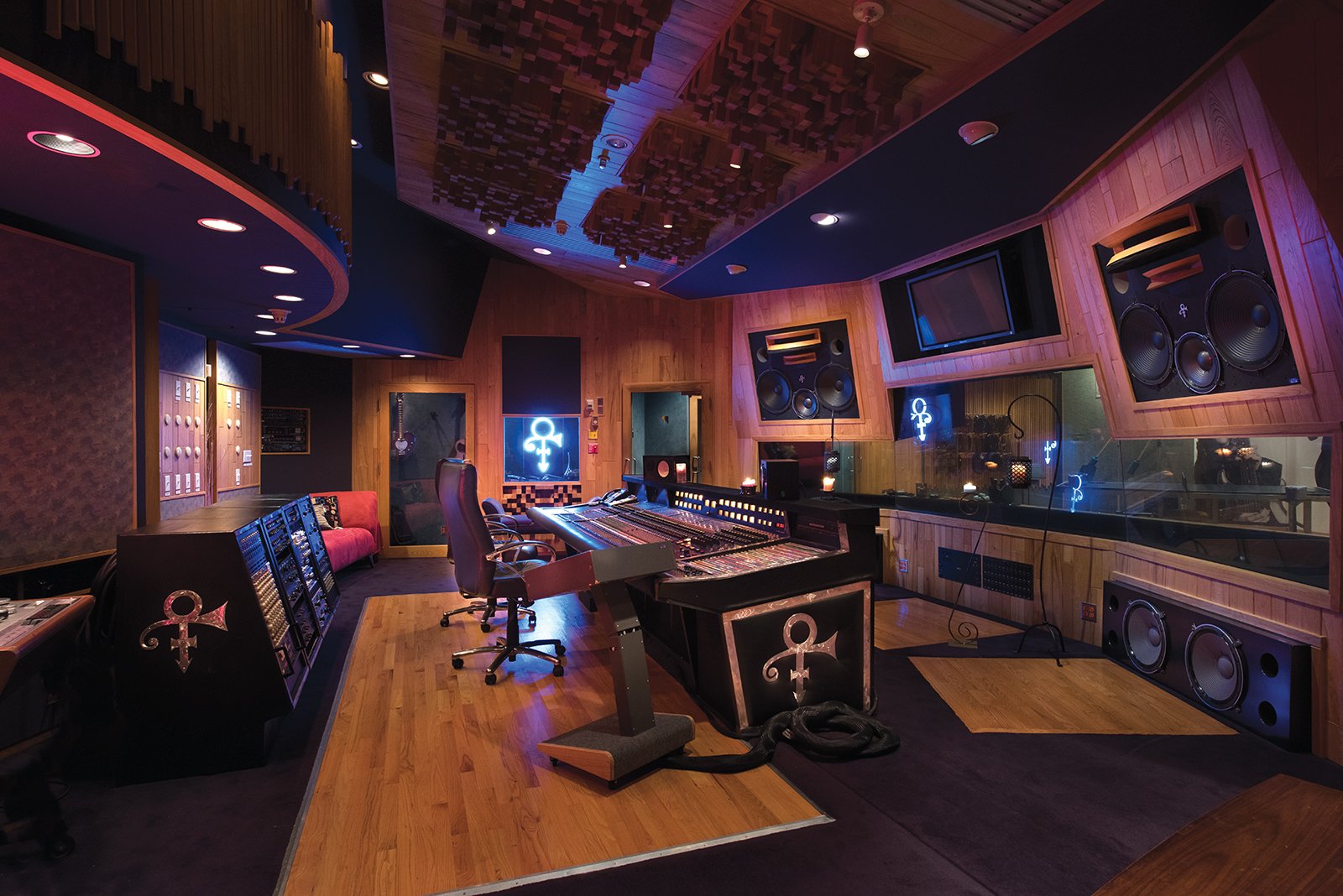 Prince’s Paisley Park mansion in Minneapolis was built by the artist between 1985 and 1987, with the primary intention of using it as a commercial facility. Many 80s legends recorded there, including Madonna and REM, before Prince moved in at some point in the 90s. An invite inside Paisley Park was an honour reserved for the music industry’s leading lights – but New Order unknowingly turned it down.

Hook recently revealed that they were invited to Prince’s house by the manager of the First Avenue club in Minneapolis but didn’t realise at the time. “The manager said: ‘The club’s owner wants to know if you’d like to go to his house to hang out. You’ll love it – everything’s purple!’ We thought it was a Gary Glitter or Jimmy Savile type thing and went: ‘Listen, tell the old perv we’re busy’.”

2. Blue Monday is the best-selling 12-inch single of all time in the UK

New Order hold the world record for the best-selling 12-inch single of all time in the UK. Their 1983 single Blue Monday has sold over 1.16 million copies in all formats and has been re-released twice due to its enduring popularity, once in 1988 and once in 1995.

The song was met with acclaim upon its release and has since been lauded as one of the greatest songs of all time. In 2011 TIME placed the song on their unranked list of the best popular songs of all time while Guardian journalist Dave Simpson wrote of the song in 2014: “the original 12in single was and still is incredibly influential, beloved of everyone from Detroit techno kingpins to American grunge rockers.”

1. They once set a donkey loose in The Pogues’ dressing room 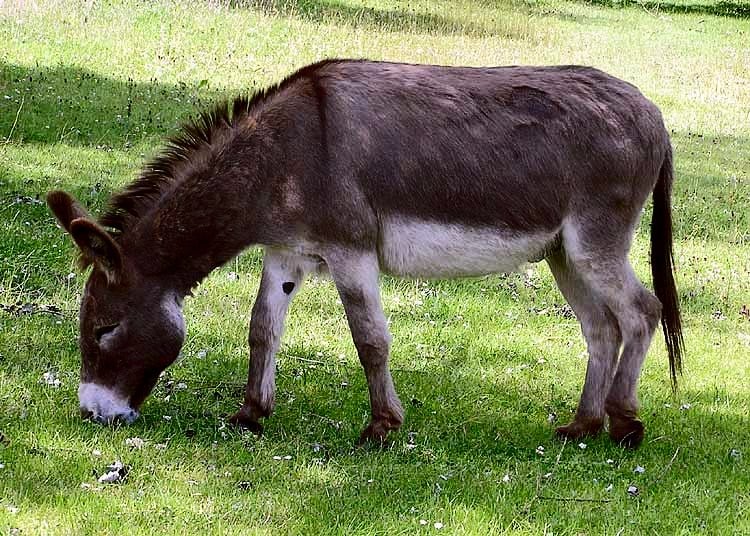 In Peter Hook’s 2009 Book The Hacienda: How Not to Run a Club, he recalled the time New Order set a donkey loose in The Pogues’ dressing room at WOMAD Festival in 1985. “I was a great fan of the Pogues, who headlined a few times and performed brilliantly […] New Order headlined Peter Gabriel’s WOMAD Festival with them at the Isle of Wight. Our dressing rooms/tents were next to one another, and we walked into theirs by mistake.”

“Then we walked into our dressing room and there was […] a donkey. Literally, a big brown effing donkey! So, we took the donkey out and dragged him into the Pogues’ dressing room, where he ate everything in their rider.” Hook claims the Pogues went “berserk” when they came back to the carnage.