Michael Bolton is one of the biggest pop ballad singers of all time. With hits like How Am I Supposed to Live Without You, Love Is a Wonderful Thing and his cover of When a Man Loves a Woman, Bolton’s unique, powerful voice has cemented his position as one of the most recognisable performers of the 20th century.

Bolton’s talents haven’t gone unrecognised. The long-haired singer has sold more than 75 million records worldwide, recorded eight top 10 albums and released two Billboard #1 singles. He’s also critically-acclaimed, with six American Music Awards and two Grammy Awards to his name. And as if his musical abilities weren’t enough, he’s also been involved in a lot of charity work and has even written and published two books.

Here are 10 things you never knew about Michael Bolton. 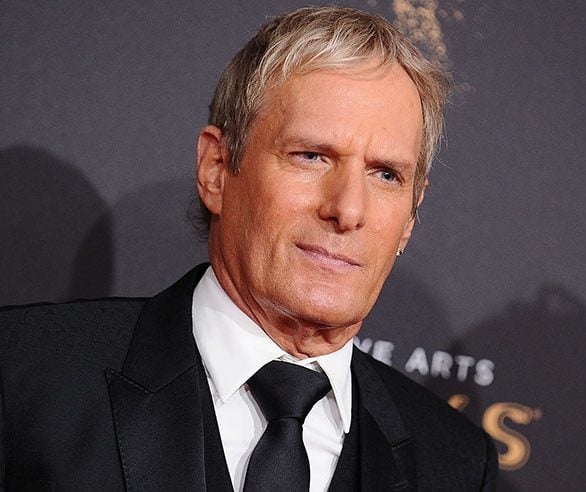 Speaking to the MailOnline back in 2013, Bolton revealed that he’s been following a vegetarian diet for years. “I used to love meat, especially double cheeseburgers,” he confessed. “But [I] decided I didn’t want to ingest saturated fat or the hormones used in cows.”

He elaborated in a 2019 interview with GQ: “I don’t eat red meat, or any poultry, or fish. Omega XL and omega-3 supplements have also been really helpful for me. They’re from the green-lipped mussels of New Zealand,” he explained. “But I still need to remember to go eat spinach, lentils, nuts, and certain legumes. My diet has become even more health-oriented over the last five years, because time is rocketing by.” 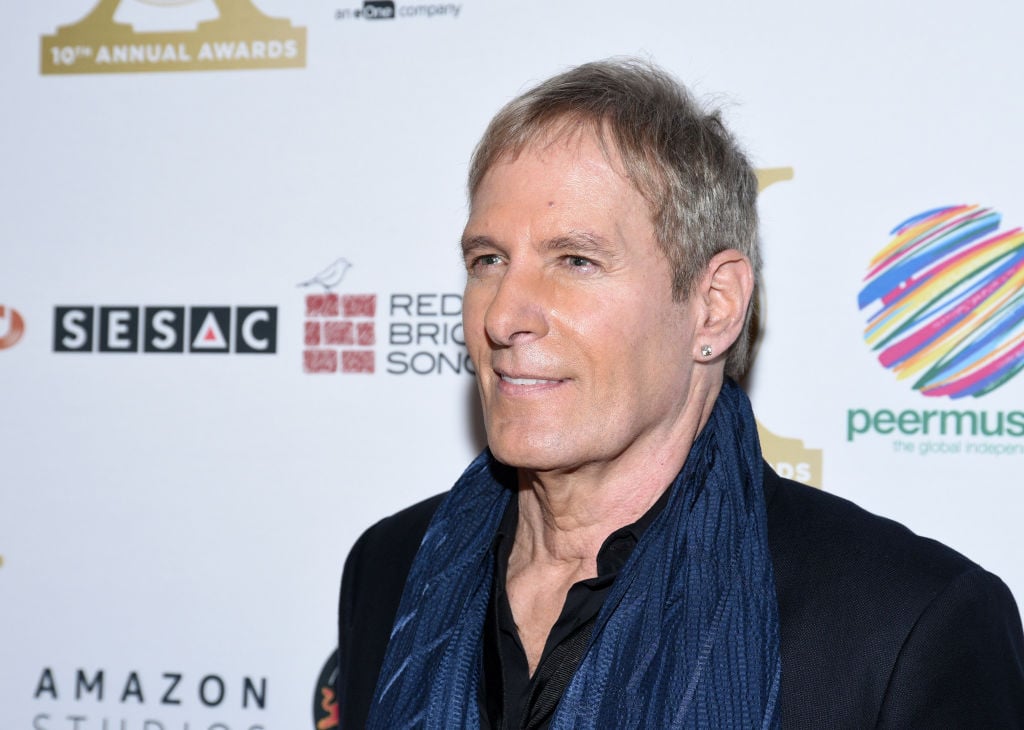 Bolton is very passionate about charity work. Back in 1993, he started his own non-profit organisation, called the Michael Bolton Foundation (which now goes by the name Michael Bolton Charities). The charity works to support vulnerable women and children suffering from the effects of poverty and abuse.

Bolton’s good-doing doesn’t stop there. He’s also involved in several other charities and has also campaigned for the National Coalition Against Domestic Violence, lobbying for more affordable housing options for victims of domestic abuse. 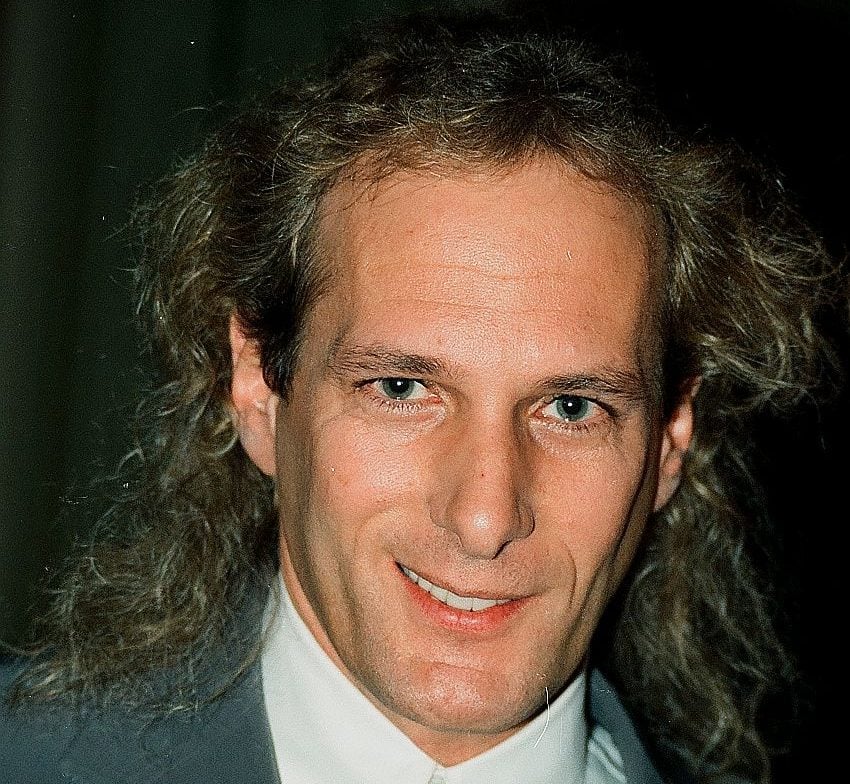 Bolton had some major hits in the 70s and 80s, but his career didn’t get off to such a good start. He began performing in 1969 and released two albums in the mid-70s – both of which flopped. He then began to get some success writing songs for other singers, but struggled to make a breakthrough as a performer himself.

By the age of 30, Michael had begun to reevaluate his career choices. With a family to feed and provide for, it seemed music wasn’t the best option. “We didn’t use the term ‘homeless’, but we were receiving eviction notices,” Michael told Classic Pop Magazine in 2020. “We wouldn’t have known where the money was coming from. Friends gave up on music because they had families and I didn’t blame them at all, because it was a big stress.” Then in 1987, Bolton finally made a name for himself after releasing a cover of Otis Redding’s (Sittin’ On) The Dock of the Bay.

7. There’s a rumour that he almost replaced Ozzy Osbourne in Black Sabbath 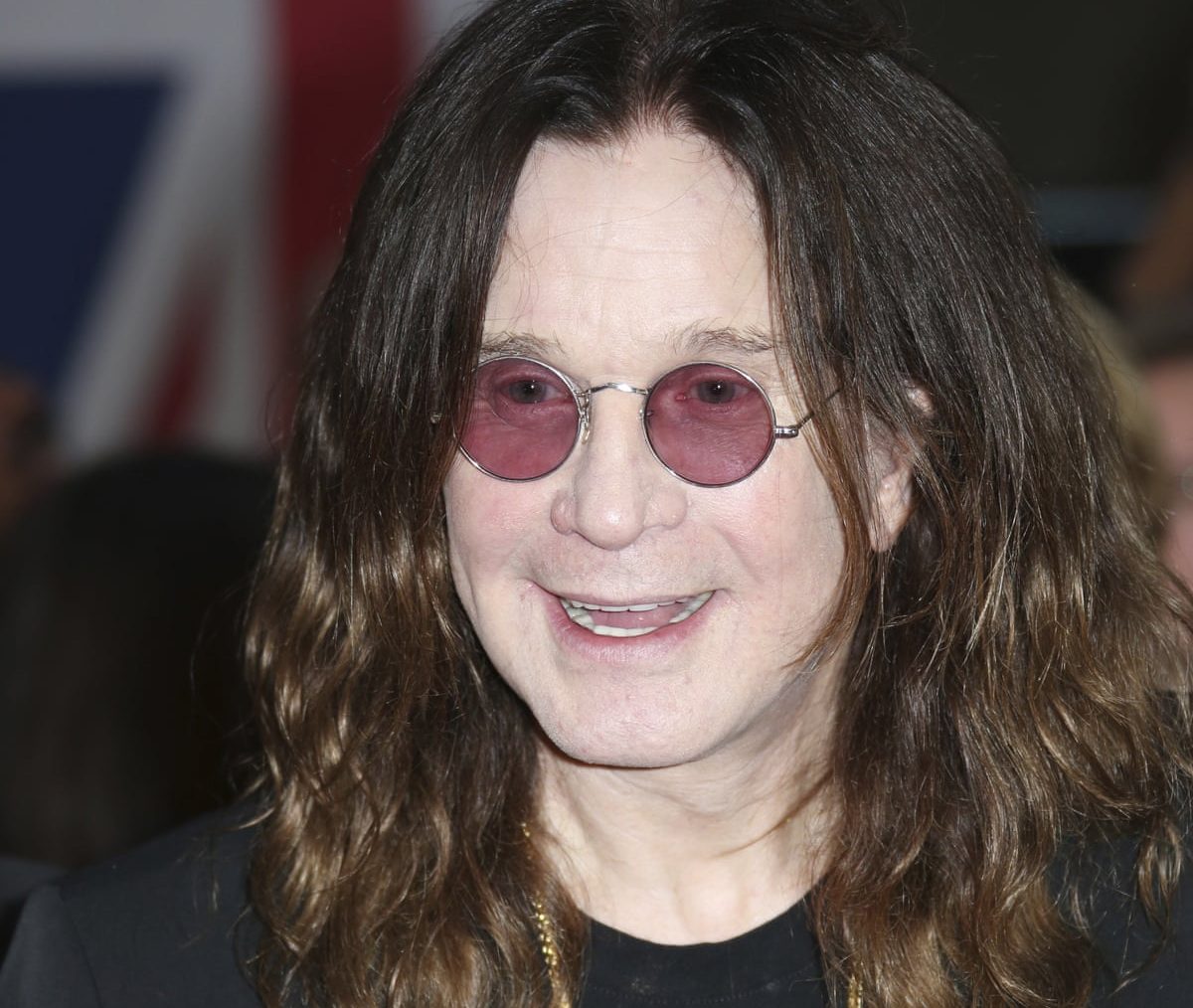 Early in Bolton’s career, he formed a heavy metal band called Blackjack. Although the band never got off the ground, Bolton could have potentially gone on to pursue a career in metal. When Black Sabbath fired Ozzy Osbourne at the end of the 1970s, they replaced him with Ronnie James Dio, who went on leave in 1982. The band then began searching for another replacement.

“We would audition various singers, including Michael Bolton, believe it or not – he was one of them, which was an odd one,” Black Sabbath guitarist Tony Iommi revealed on GibsonTV’s Icons back in 2020. Ultimately, however, it wasn’t meant to be, and the band hired Deep Purple singer Ian Gillan instead. Plus, Bolton has dismissed this claim as nothing but a rumour.

6. Bolton was sued by the Isley Brothers 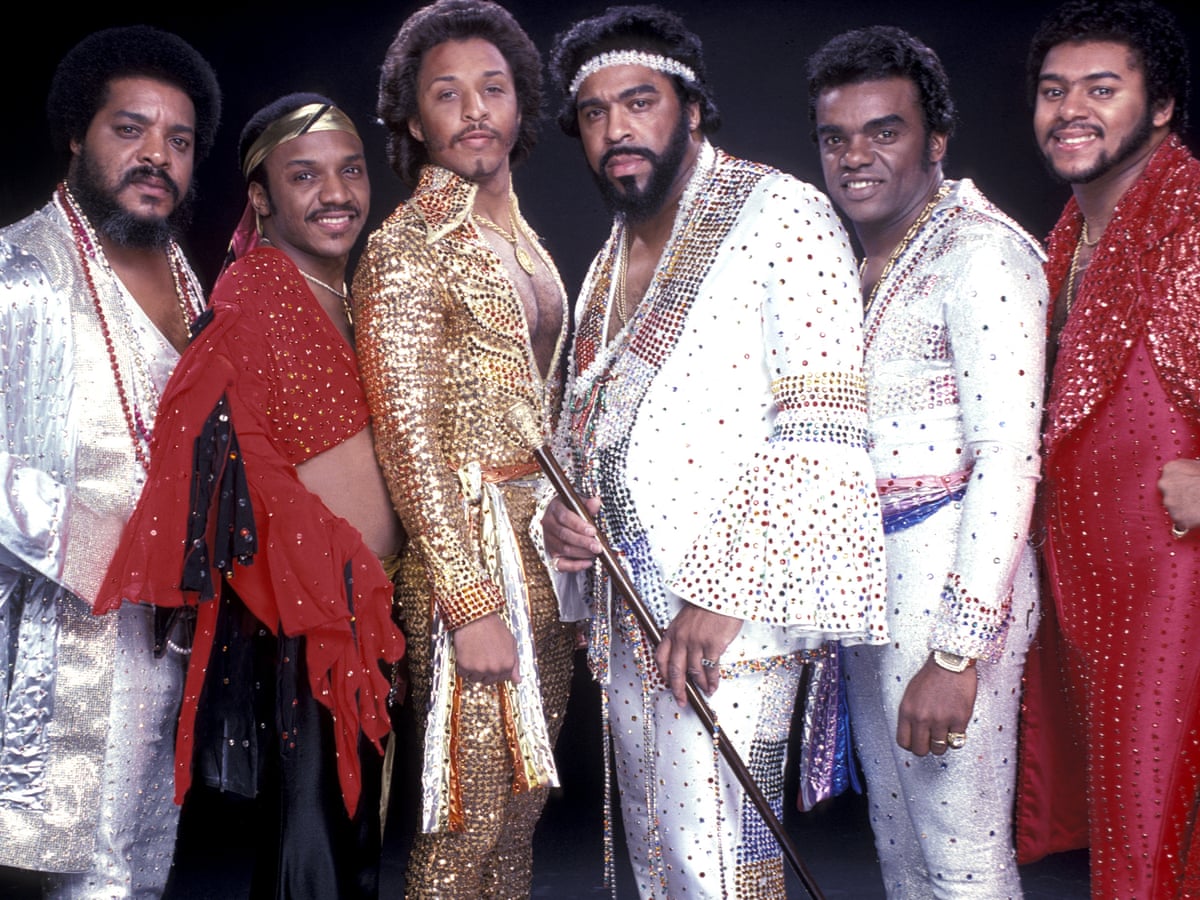 Bolton’s single Love Is a Wonderful Thing peaked at #4 on the Billboard 100, but not everyone was such a huge fan. Ronald and Marvin Isley of the Isley Brothers thought the song was being marketed as a cover to their own 1964 song Love Is a Wonderful Thing. “When I first heard his version of the song on the radio, I was really pleased,” Ronald Isley told Billboard in 2001. “Then I went out to pick up the record and looked for my credit. I was upset because the credits weren’t on there.”

In 1992, the Isleys went onto sue Bolton, Andrew Goldmark (the song’s co-writer) and Sony Music Publishing for copyright infringement. Then in April 1994, a jury ruled against Bolton, concluding that his song had plagiarised The Isley Brothers’ own song. In total, The Isley Brothers were paid $5.2 million in total.

5. He avoids dairy to protect his voice 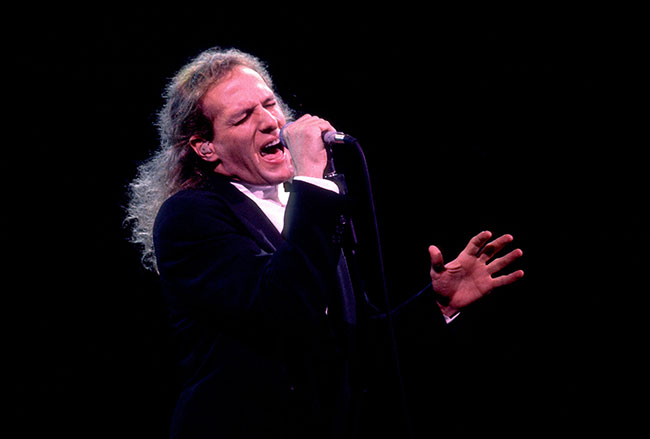 A lot of singers have unorthodox ways of protecting their vocal cords, but Bolton’s trick is surprisingly simple. In order to look after his voice, Bolton avoids eating too much dairy. “I love pasta, pizza, and ice cream, but too much sweet dairy induces catarrh and affects my voice,” the singer revealed to MailOnline in 2013.

“The Lonely Island guys reached out to my management and said they wanted to do this,” Bolton told Entertainment Weekly in 2011. “I was automatically scanning through my memory banks of the most wicked language and visuals. You want to work with guys like this. But at the same time I get invitations to perform at the Vatican!” Bolton agreed to take part in the project – but apparently had to urge the trio to tone down the song’s lyrics which were originally “intense and off-color.”

3. His softball team has raised half a million dollars for charity

Most North American celebrities are passionate supporters of certain football, baseball or basketball teams – but not Michael Bolton. Bolton is a little more unorthodox in that his favourite sport is softball.

In the 90s, Bolton created his own softball squad – solely comprising of his band members – called ‘The Bolton Bombers’. The squad often played at charity games across the US and went as far as raising half a million dollars over the course of their playing career. According to Baseball Prospectus: “for five years, Bolton’s Bombers played Teague’s League, a softball team led by Green Bay Packers safety George Teague, in Appleton, Wisconsin.” 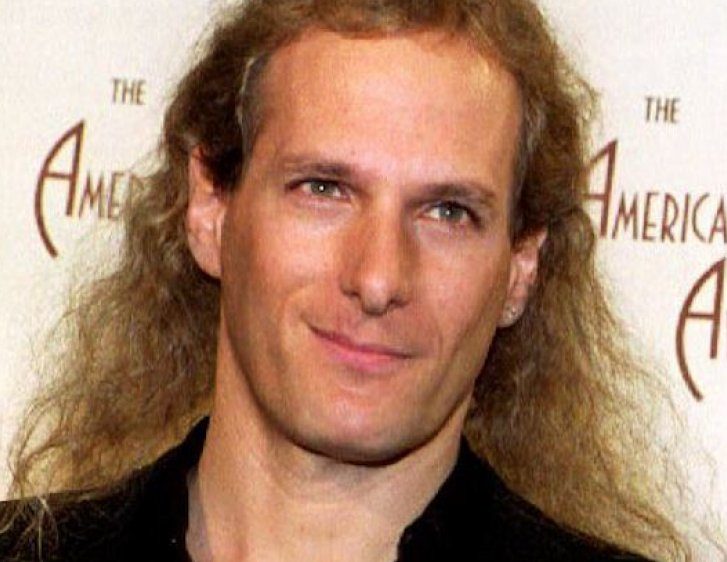 Nowadays, Bolton keeps his hair cut short – but in the 70s and 80s, he was renowned for his long, flowing locks. His hair was so fundamental to his image and stage persona that his decision to cut it all off in the 90s made headlines. A rumour that he’d auctioned off his mane to raise money for charity also gained traction.

Speaking to the Mirror in 2008, Bolton confirmed the story’s veracity. “Yes, it’s true. I had no idea it would be such a big deal,” he confessed. “I remember I was in London and I was watching some serious news story, when they interrupted the bulletin with, ‘News just in – Michael Bolton cuts his hair!’ It was hysterical. But we raised about $9,000 (£5,400) for women and children at risk, so it was worth it.” 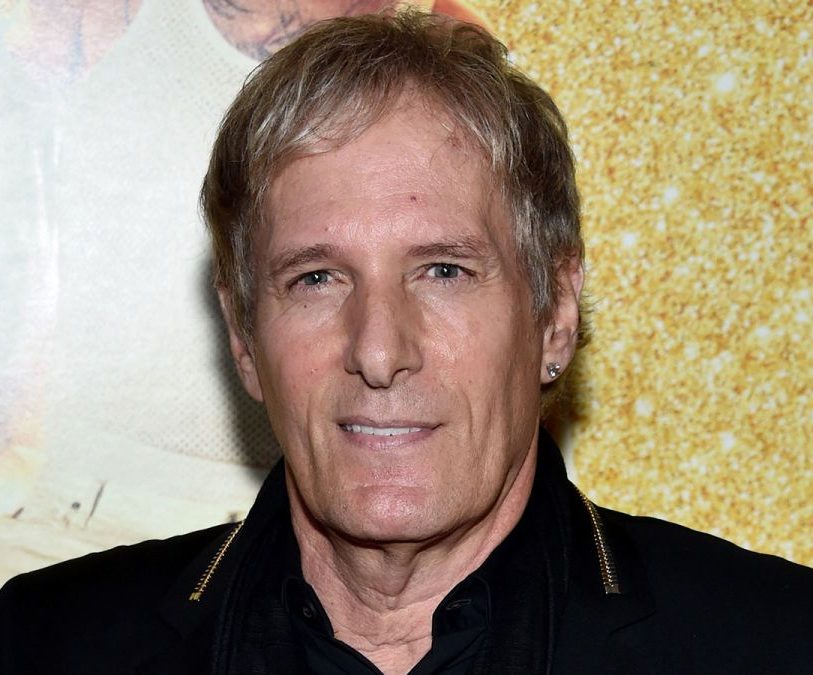 Bolton is a man of many talents. Aside from being an accomplished singer, Bolton is also something of a wordsmith. He’s written not one but two books.

The first of these was a children’s book titled Secret of the Lost Kingdom, published by Disney Press in 1997. The work received largely positive reviews: Publisher’s Weekly said that “Bolton’s tale contains a cast of intriguing characters – including a believable villain – and the kinds of ironic plot twists readers have come to expect from stories of chivalry.” Bolton went on to publish another book in 2013, this time an autobiography titled The Soul of It All: My Music, My Life.