Python, Fawlty Towers legend and star of such hit films as A Fish Called Wanda, John Cleese has been a celebrated comedian, actor and writer worldwide for decades.

From his comedic training in Cambridge to his more recent move to the Caribbean island of Nevis, Cleese’s decades in show business have spawned many unusual anecdotes and adventures.

Here are ten things you may not know about Cleese.

10. He really wanted to play Brian in Life of Brian but the other Pythons wouldn’t let him 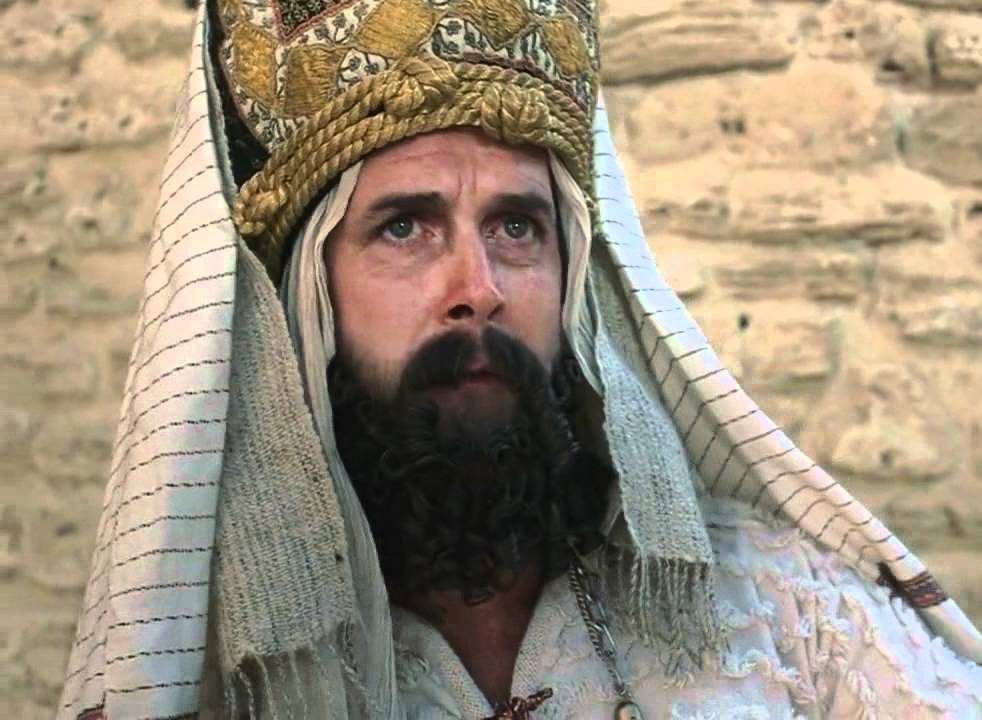 In Monty Python’s Life of Brian, often ranked as the greatest comedy film of all time, the lead role is played by Python member Graham Chapman.

Cleese, however, campaigned militantly for the part, and he was sorely disappointed when Chapman was picked. The rest of Python persuaded Cleese to instead take the parts of Reg, the High Priest, Centurion of the Yard and others instead.

Meanwhile Chapman, who was suffering from alcoholism at the time, so desperately wanted to play Brian that he stayed sober throughout filming.

9. He tried to sell part of his intestine on eBay 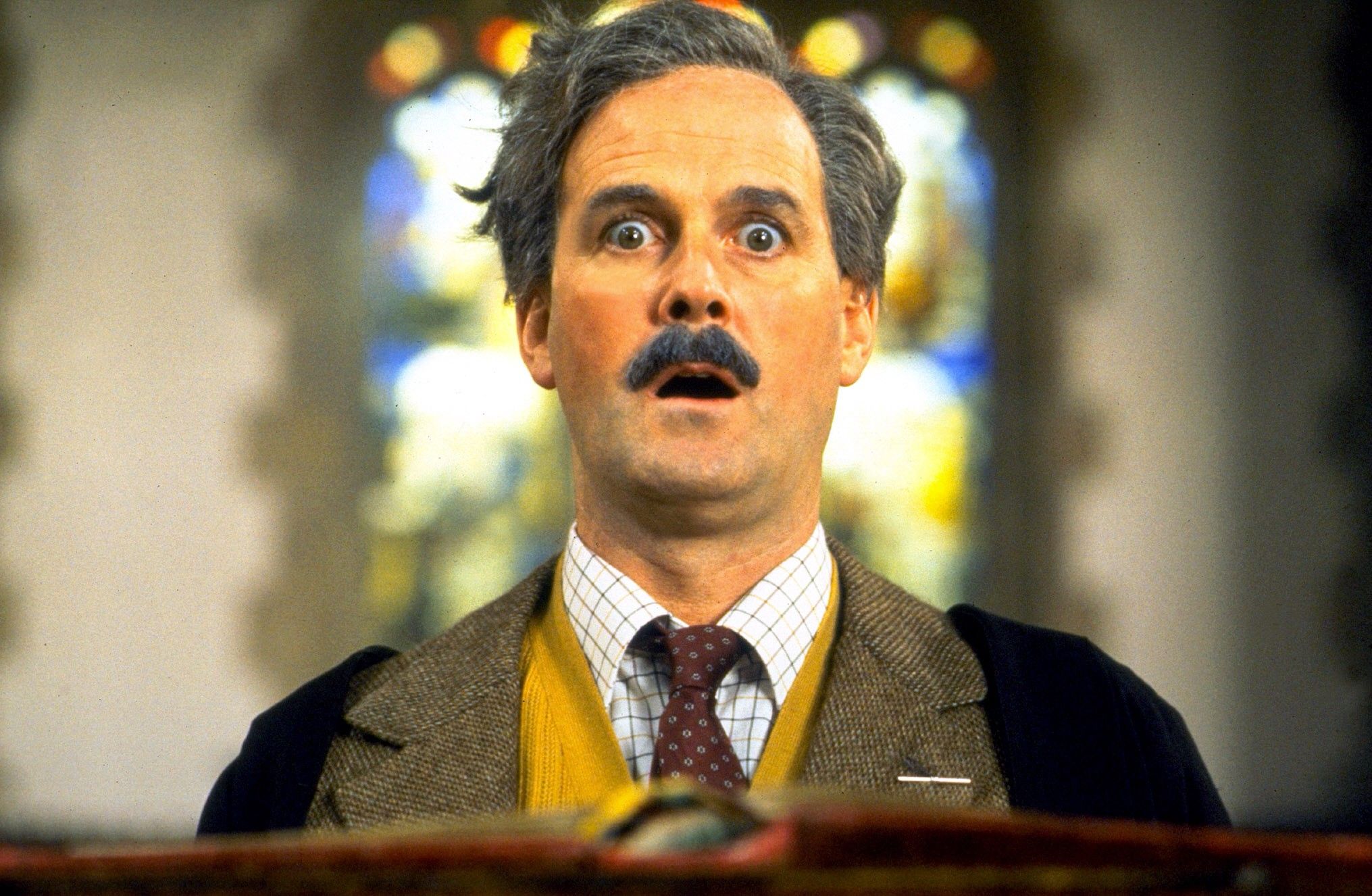 When Cleese underwent surgery for an intestinal condition called diverticulosis, doctors removed a 17cm piece of his colon.

Before the operation, Cleese planned to sell this slither, writing on his website, “the infected bit which has been cut out by the surgeon, will be offered for sale on [eBay] in the next few days. Proceeds from the sale will be divided between JC and the very nice surgeon.”

eBay blocked this, as it forbids the sale of body parts. Nonetheless, one lucky collector in Newcastle does still own Cleese’s tonsils, which Cleese gave to a charity auction in 1972.

8. There’s a species of lemur named after him 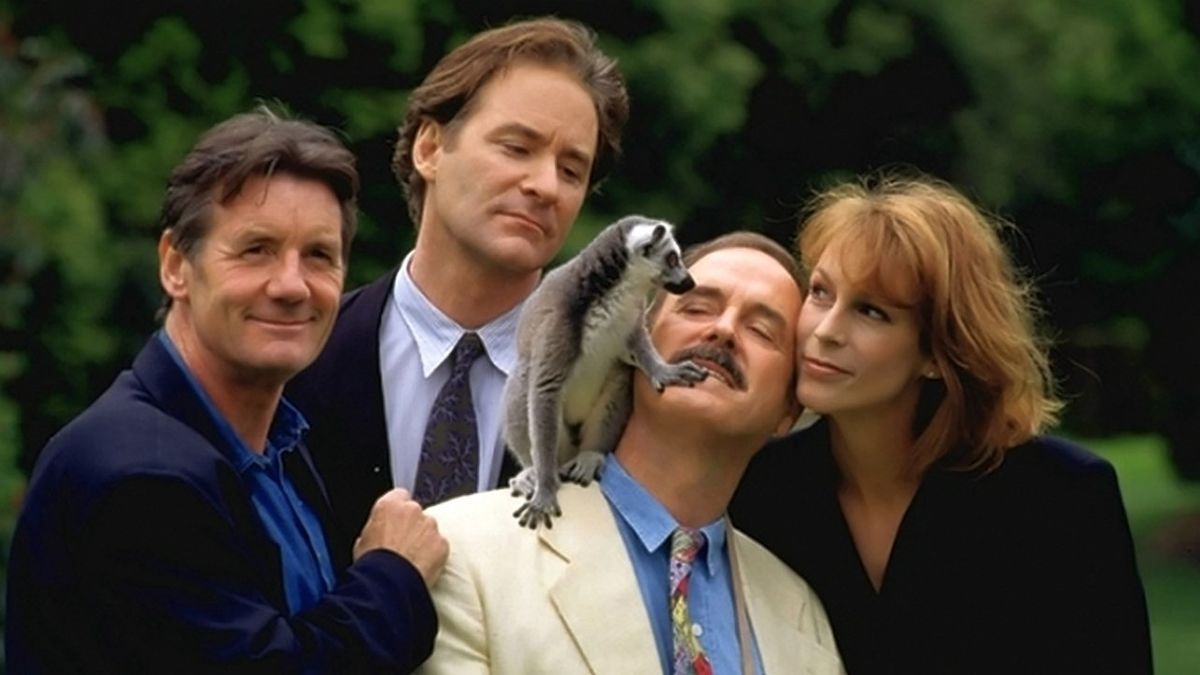 While co-starring with a lemur in the comedy Fierce Creatures, Cleese fell in love with the species.

In 1998, he made a BBC documentary about re-introducing rare lemurs to Madagascar, commenting: “I adore lemurs. They’re extremely gentle, well-mannered, pretty and yet great fun… I should have married one.”

In honour of Cleese’s conservation work, a lemur species in Madagascar was named after him in 2005. The avahi cleesei, or Cleese’s Woolly Lemur, is a slow and heavy species that is critically endangered. 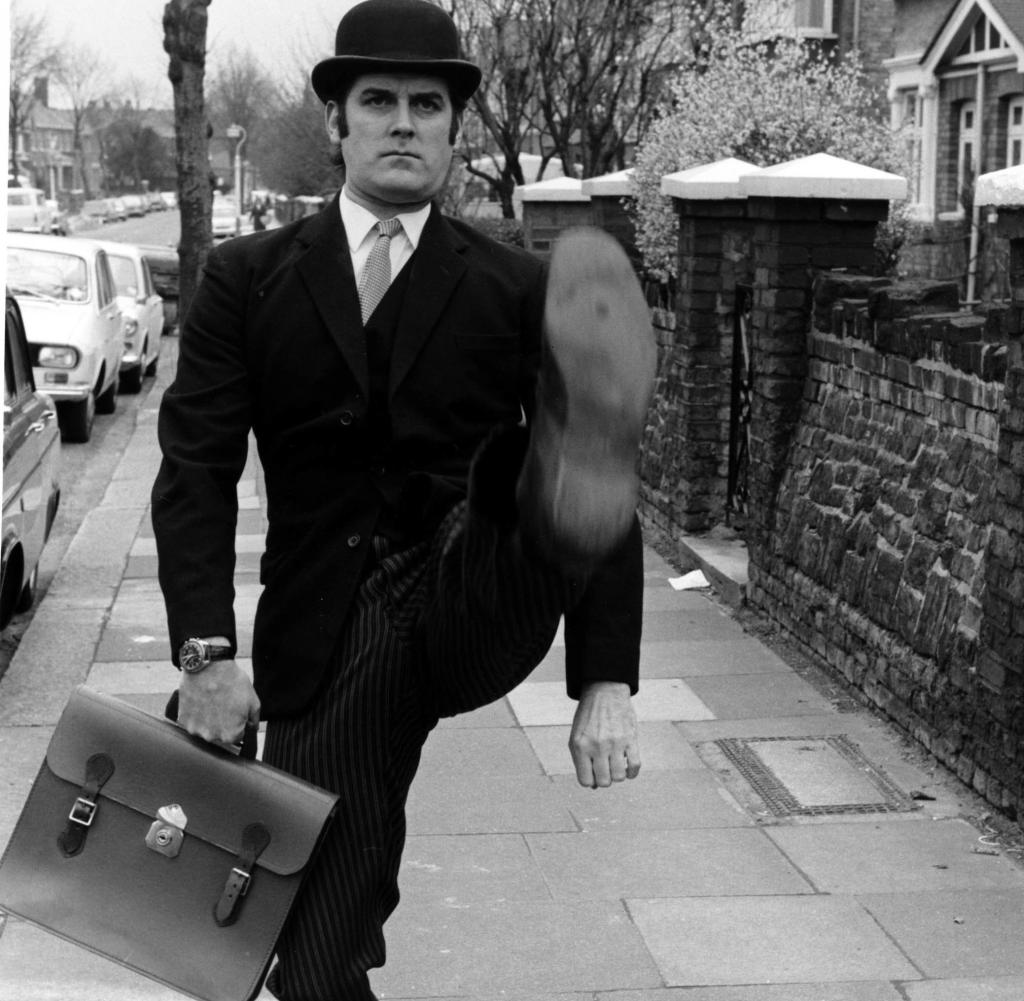 As a 12-year-old, Cleese towered over his peers – and was picked on for his gangly height.

“You can’t fade into the background,” he recalled to What’s On AE in 2013. “I used to get bullied when I was a boy and I’m sure one of the reasons I got bullied is that I stuck out.”

Cleese started using humour to deflect bullies and put them in fits of laughter instead. “I discovered if I made them laugh, there’s immediately an acceptance and a warmth,” he said to WBUR.

6. He returned to comedy to pay off a $7 million alimony settlement 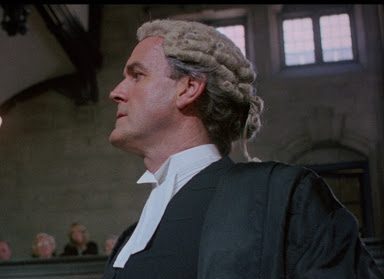 In 2015, Cleese set off on his first ever UK tour – the so-called Alimony Tour – to settle his debt to his ex-wife Alyce Faye Eichelberger.

Cleese was ordered by the court to pay Eichelberger $1 million every year for seven years. At the time of their divorce (Cleese’s third overall), Cleese had been hoping to retire from the stage.

“I get angry that I have to pack my trunk just to make money,” he noted. “That I, at my age [76], would have to plan my life anew to pay her all the money she is to get for seven years – well it irritates me… But if I really have to earn money, this is as pleasant a way of doing it as I can think of.”

5. He paid the Globe Theatre to misspell his co-star Michael Palin’s name 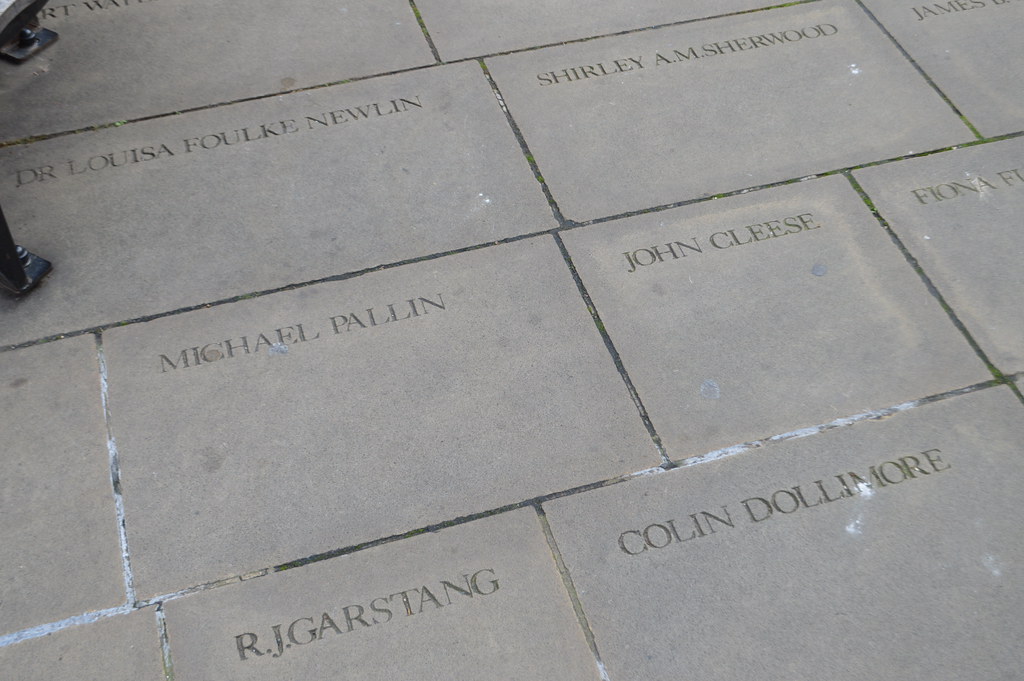 During the reconstruction of London’s Globe Theatre, donors could have their names inscribed on flagstones in the courtyard.

Both Cleese and his Python co-star Michael Palin were among those making generous donations, and their names appear on the hallowed ground to this day.

4. He turned down a seat in the House of Lords 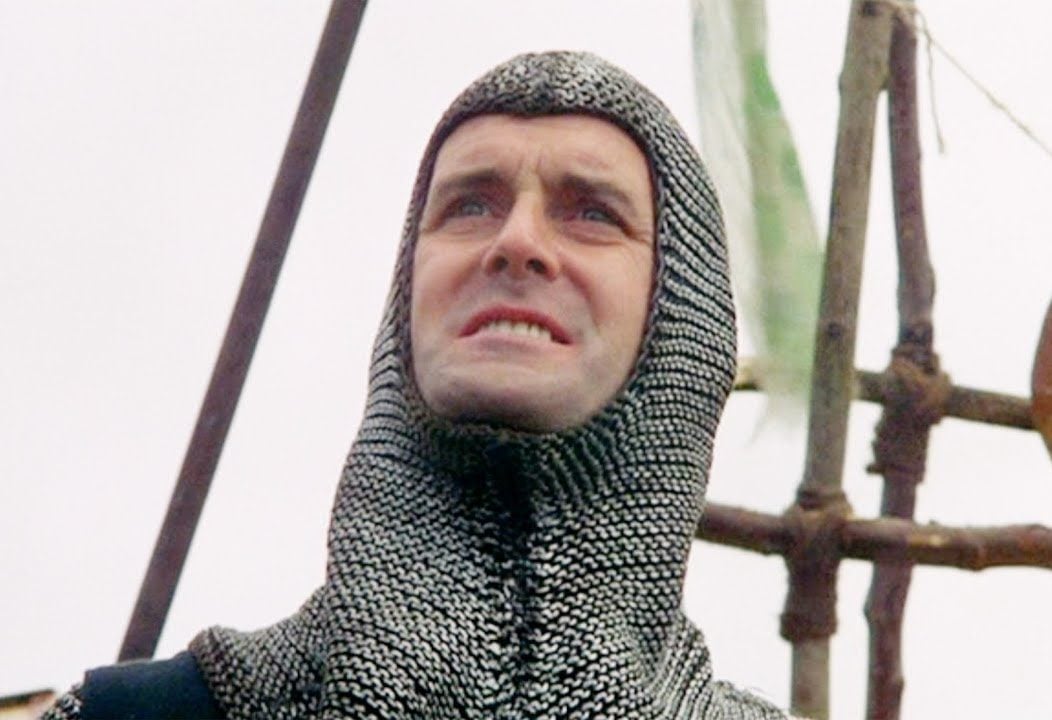 Cleese refused the offer of a CBE in 1996 because he felt it was a somewhat pointless title.

“I said, ‘Can I call myself Commander Cleese, like Commander Bond?’ And they said, ‘No’. I said, ‘Well what is this British Empire?’. Well there isn’t one any more. So that is not worth it,” he said.

Cleese also rejected a seat in the House of Lords, saying that he didn’t want to spend winters in London waiting around to vote.

3. Basil Fawlty was based on a real hotel manager 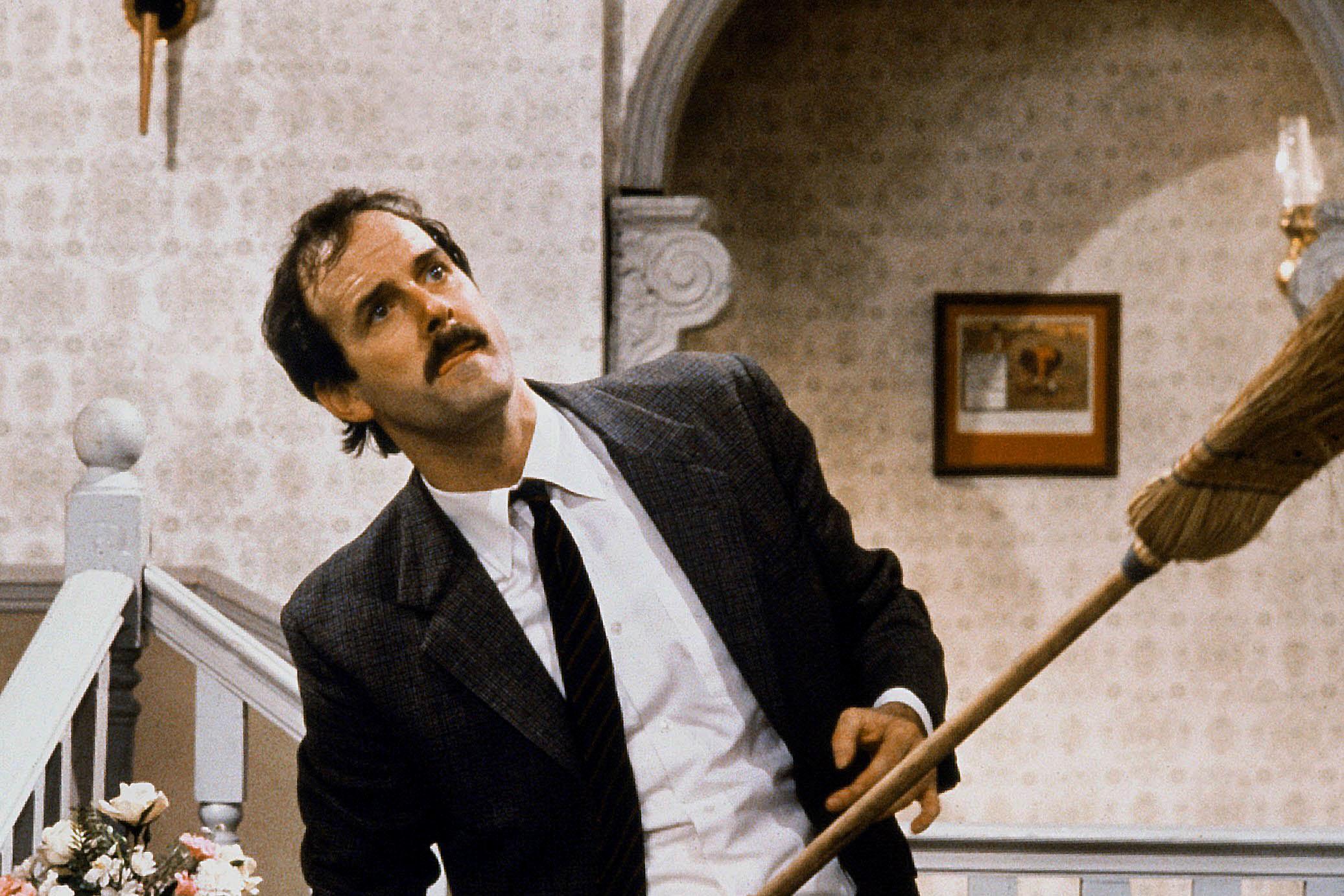 Cleese and his Python co-stars were staying in Gleaneagles Hotel in Torquay when they came across some unexpected inspiration for Fawlty Towers.

Apparently the hotel’s manager, Donald Sinclair, was rude and unwelcoming to the Python team. Michael Palin later told the Independent that Sinclair ran the site “like a high-security prison,” and noted, “it really did seem like the worst hotel in the world.”

Cleese then built some of Sinclair’s eccentricities and mannerisms into the character of Basil Fawlty.

2. He used to be a star of corporate training videos about handling stress at work

To promote better stress management in different workplaces, Cleese once brought his comedy skills to the company Video Arts in a series of educational videos.

He acted out humorous skits where his characters face unreasonable demands from bosses and customers, which were then used to explain how workers can protect themselves from burnout.

1. His family name was originally Cheese 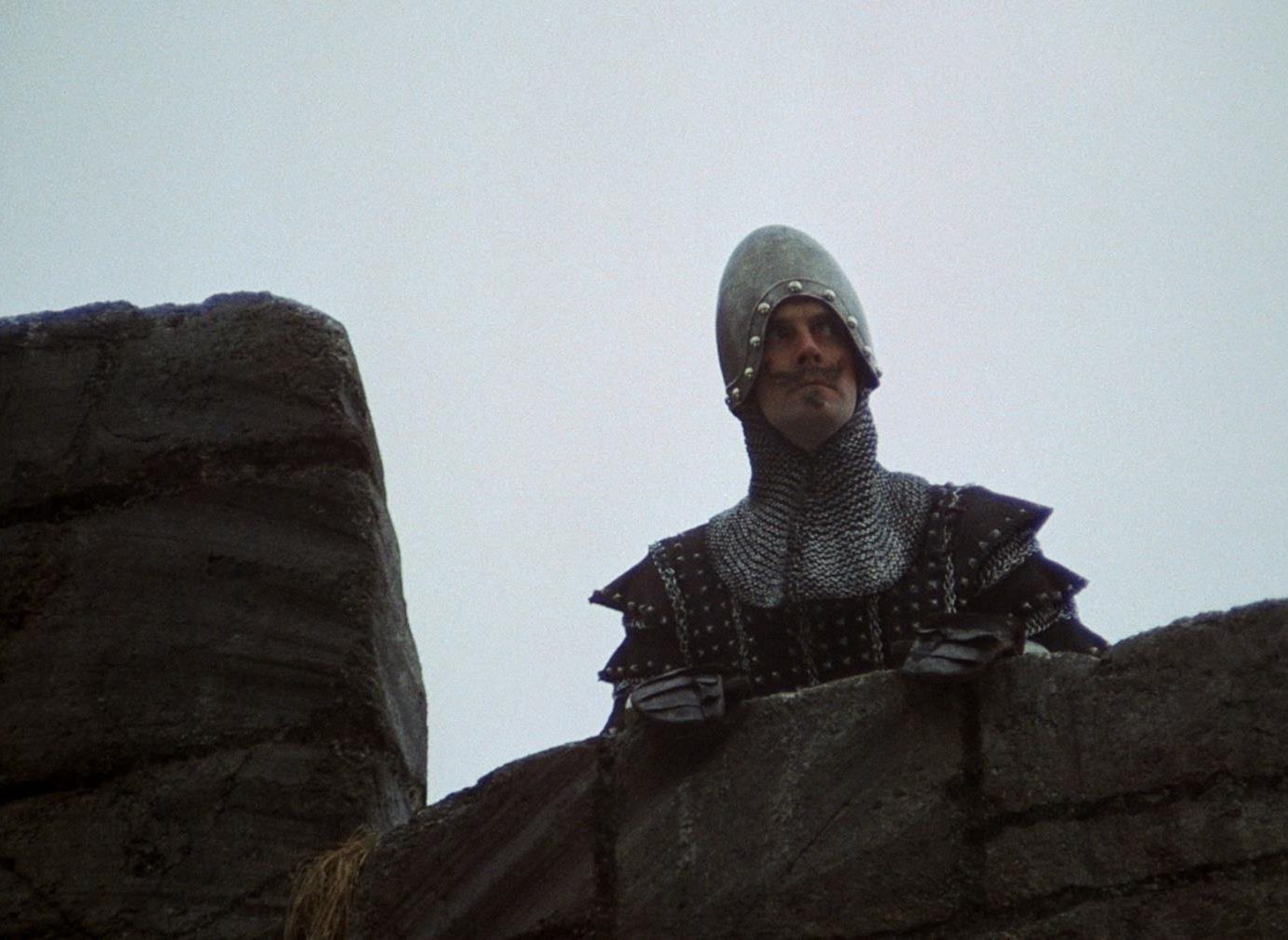 Born in Weston-super-Mare in Somerset, Cleese is in fact descended from the Cheese family – a name which he has long joked about restoring.

Cleese’s father, originally Reginald Francis Cheese, found the traditional surname too embarrassing and swapped to Cleese when he joined the British Army in World War One.