In her heyday, Goldie Hawn was one of Hollywood’s most bankable stars. After receiving both an Academy Award and a Golden Globe for Best Supporting Actress for her performance in 1969 film Cactus Flower, Hawn’s career went from strength to strength. She appeared in a solid range of films in the 70s, 80s, and 90s, including hits such as Private Benjamin and Death Becomes Her.

More recently, Hawn has guest-starred in children’s cartoon Phineas and Ferb as well as cameoed as Mrs Claus in 2018 Netflix film The Christmas Chronicles. She’s also set up the Hawn Foundation, a charity for the education of underprivileged children. Here are ten facts about this celebrated actress. 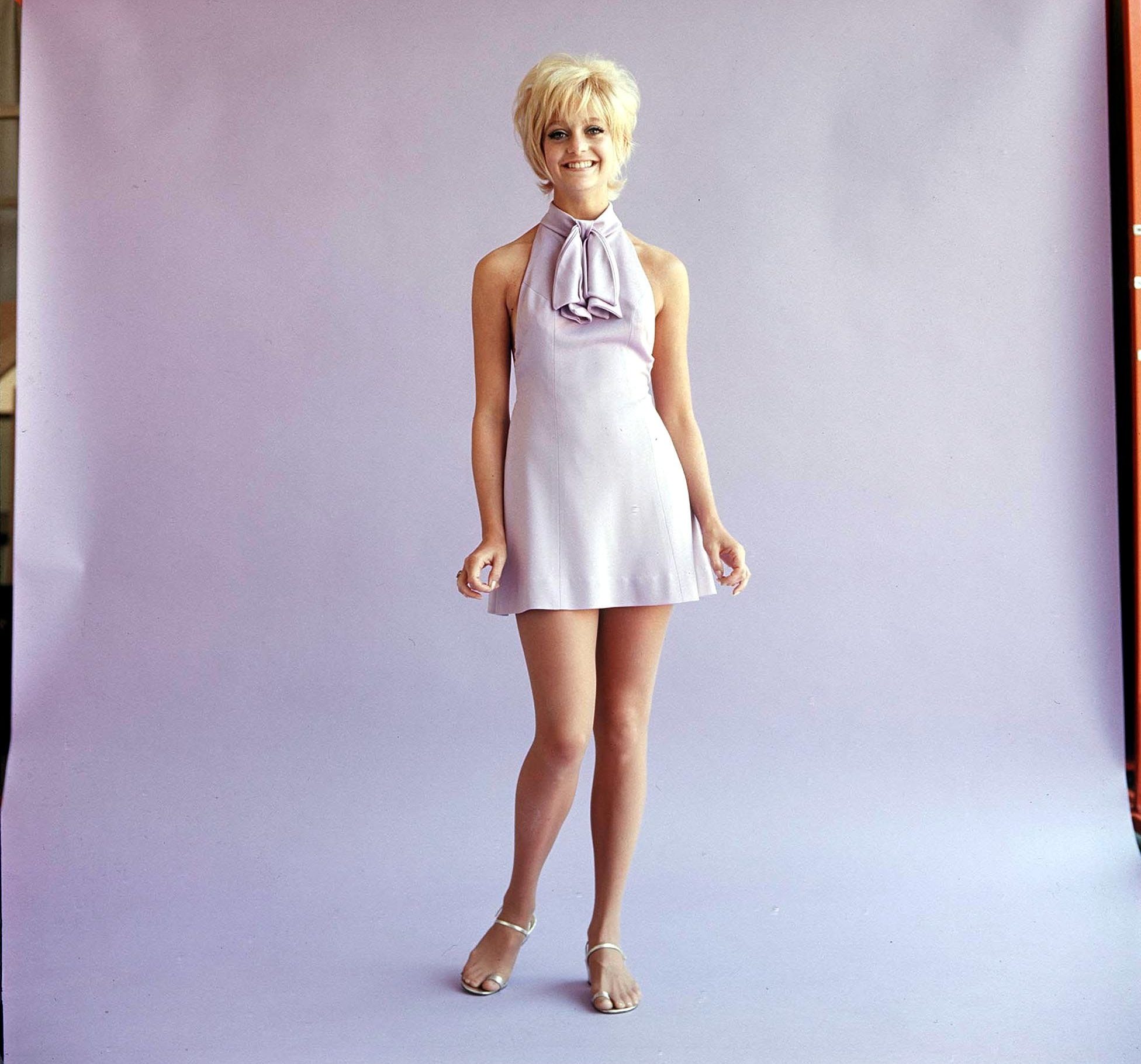 Hawn has had a career that spans decades – but her life was almost tragically cut short after she was involved in a car accident at the age of 19. Hawn has said that she distinctly remembers having an out-of-body experience as paramedics rescued her from the damaged car; she claims that she felt as if she was floating above the scene and could witness everything.

Spookily, when Hawn went to visit a psychic in Thailand many years later, they made reference to the crash. Hawn wasn’t entirely sure what the psychic was getting at when he asked her if she’d almost died at a young age – but when she remembered the crash, she was shocked. The psychic went on to tell her that she wasn’t meant to die and had been put on Earth for a reason.

9. As a child, she hated the way she looked 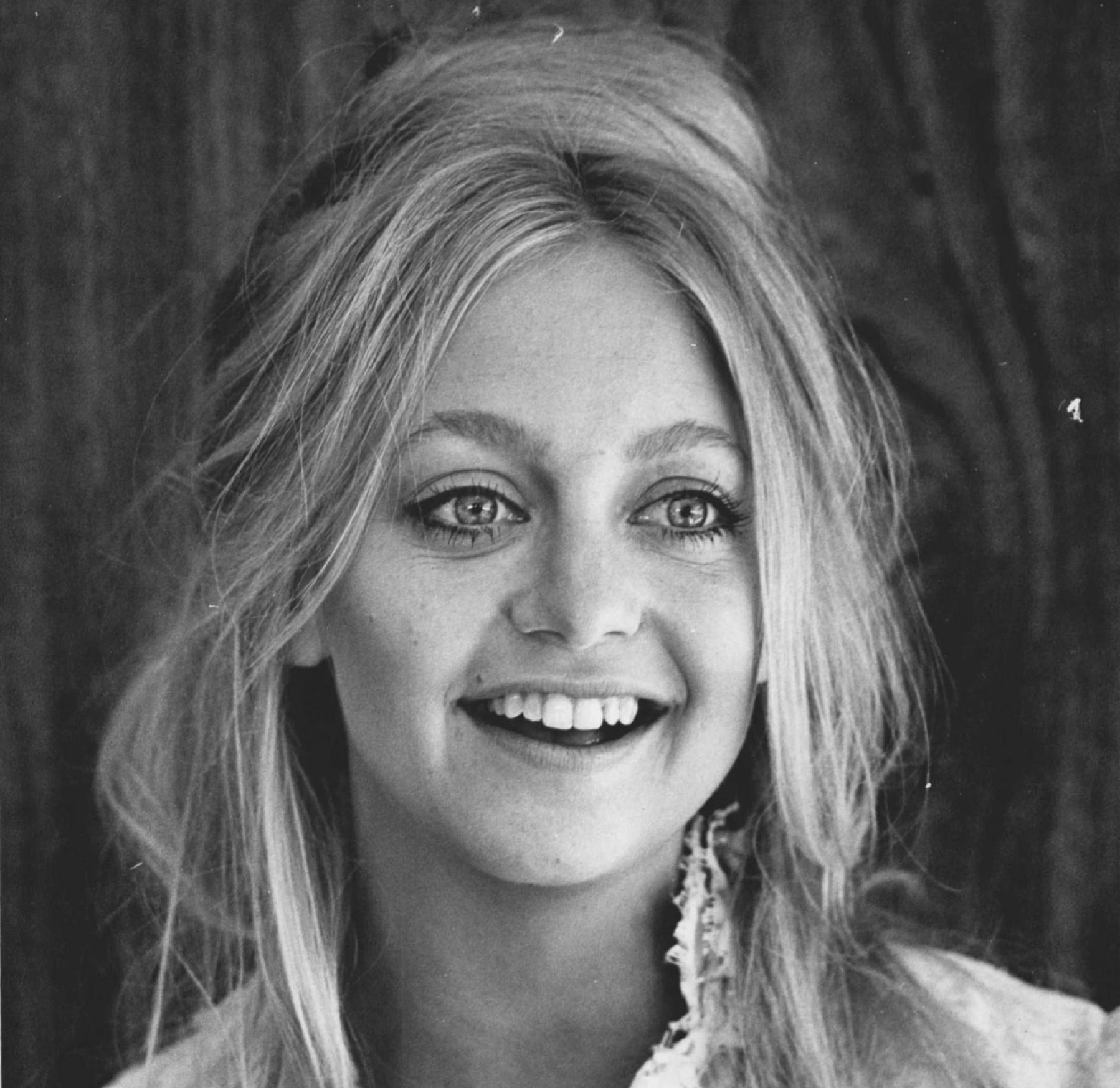 In 1995 Hawn made Empire’s list of 100 Sexiest Movie Stars, but when she was young the actress actually hated her appearance. As a child, Hawn believed her eyes were too big; her nose too flat; her face too small; and that her ears stuck out. Apparently, the only thing she liked was her hair.

It’s hard to believe that the stunning Hawn could have ever seen herself in this way – but it’s sort of reassuring to know that anyone, even someone as beautiful as her, can struggle with self-esteem. 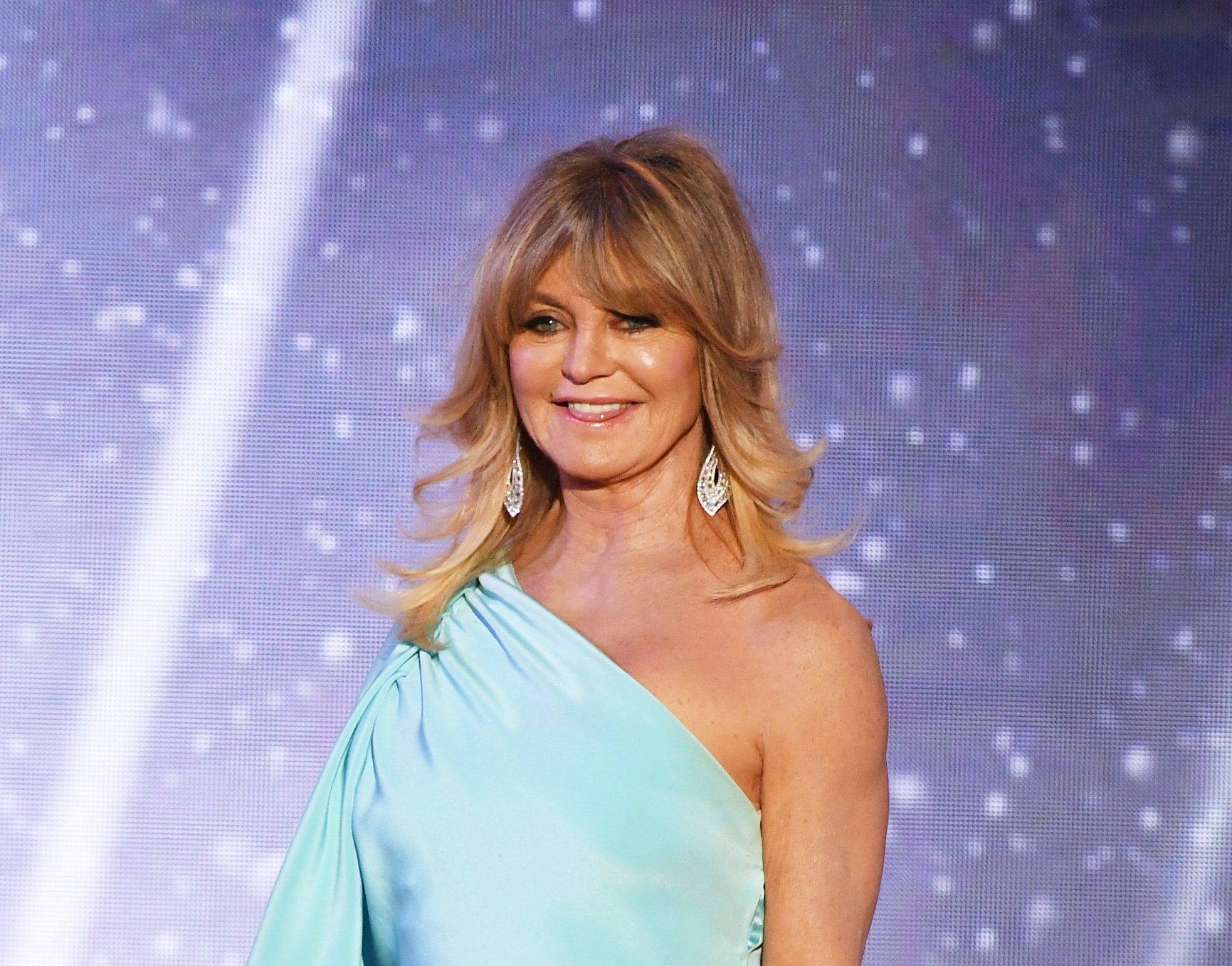 Hawn’s career has spanned decades, and she’s been involved in some pretty impressive films in her time. It’s no surprise, then, that she’s clearly made a lot of money over the years. And what better way to spend this money than on a bunch of houses?

Hawn has properties dotted all over the US and Canada, with homes in Los Angeles, Vancouver, Snowmass, Manhattan, Santa Ynez Valley, Brentwood and Palm Desert. That’s one for every day of the week!

7. ‘Goldie’ is her real name – she’s named after her great aunt 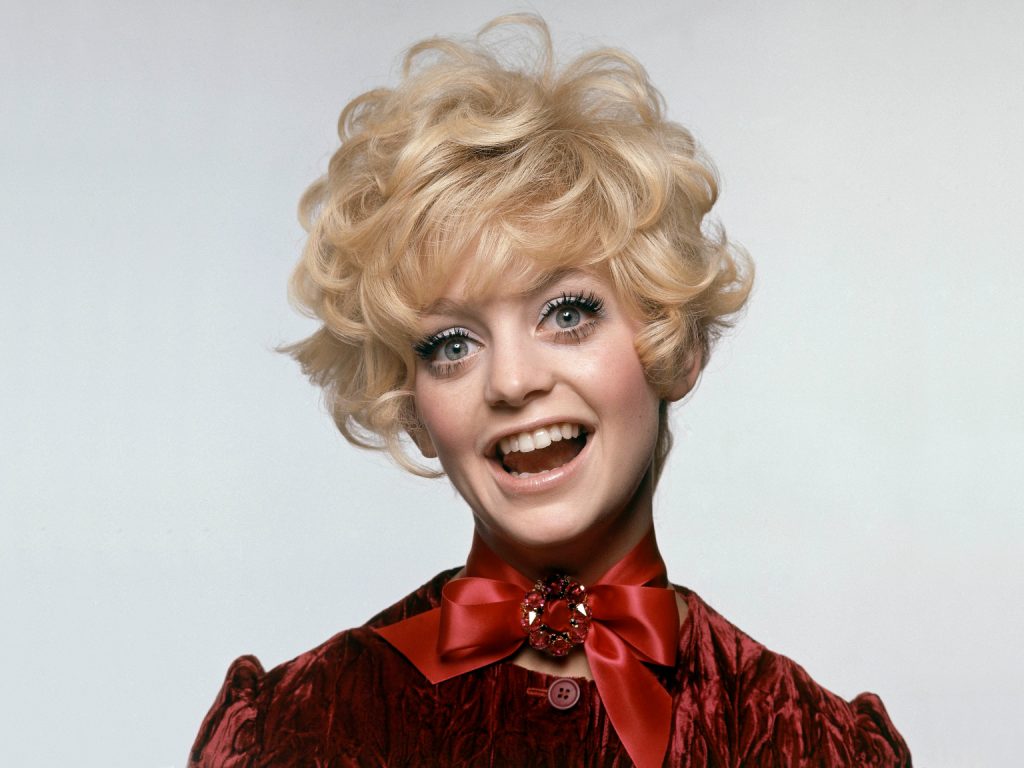 You’d be forgiven for thinking ‘Goldie’ was a nickname, perhaps referring to Hawn’s glistening blonde locks – but Goldie Jeanne Hawn is exactly what’s written on the actress’ birth certificate. Goldie was named after her mother’s aunt, a fun fact that she revealed during a 2008 appearance on Inside the Actors Studio.

While Hawn dazzled in the 1968 Disney musical The One and Only Genuine Original Family Band, the producer was reluctant to bill her as ‘Goldie Hawn’ as he thought the name sounded like a “stripper’s”. Goldie protested. The two compromised and Hawn was credited with her full name – Goldie Jeanne Hawn.

6. She originally wanted to be a country singer 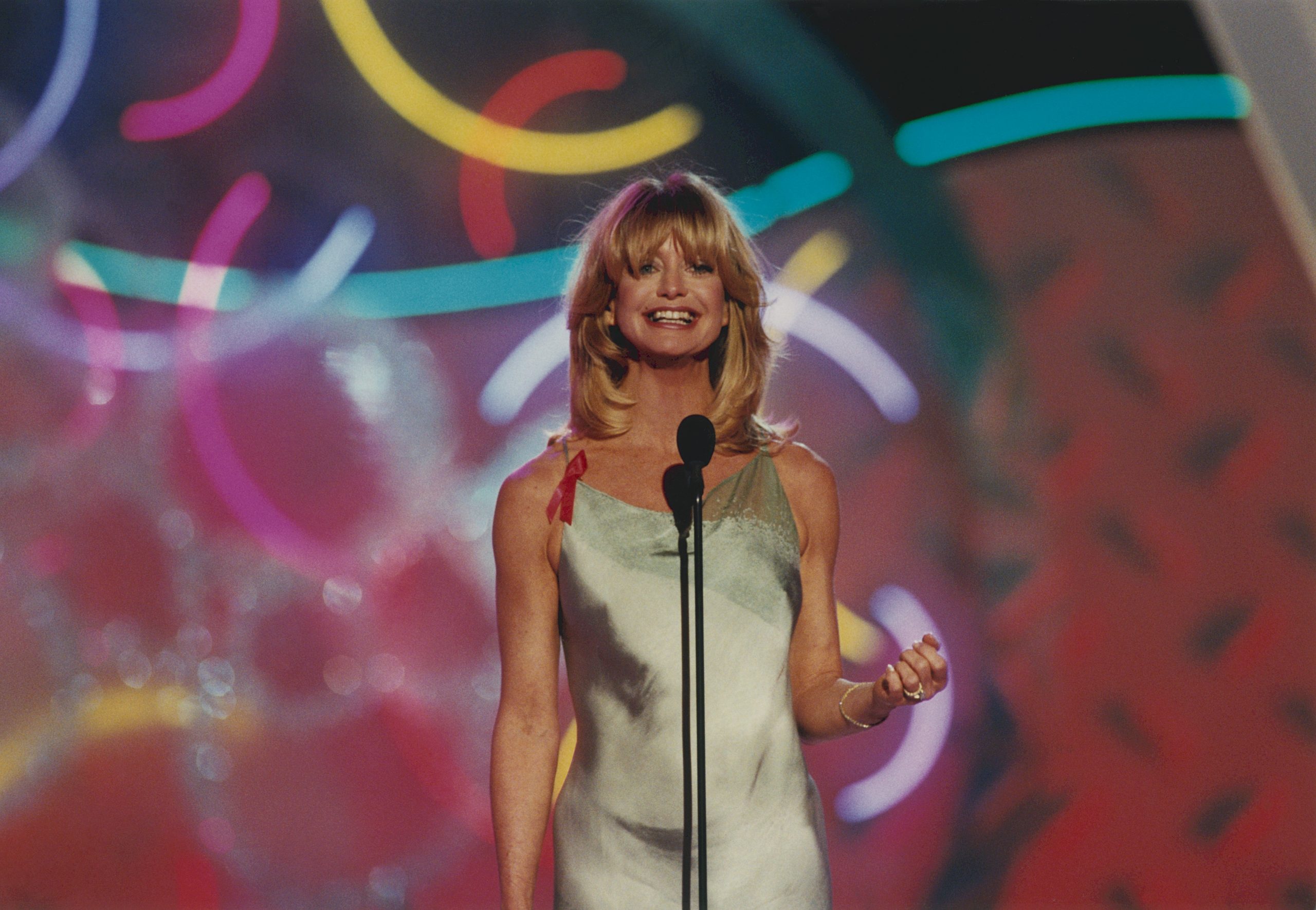 Hawn never planned on becoming an actress. In fact, early in her career, Hawn wanted to become a country singer. Even when she’d made huge steps towards a successful acting career – and won an Academy Award – Hawn tried to break into the world of country music by recording an LP in 1972.

It was called Goldie for Warner Bros and the lead single was called Pitta Patta. Hawn had a helping hand from some big names in the country music scene, including Buck Owens and Dolly Parton. The album received good reviews, but it’s fair to say Hawn will always be an actress first and foremost.

5. She founded a charity to help underprivileged children get an education 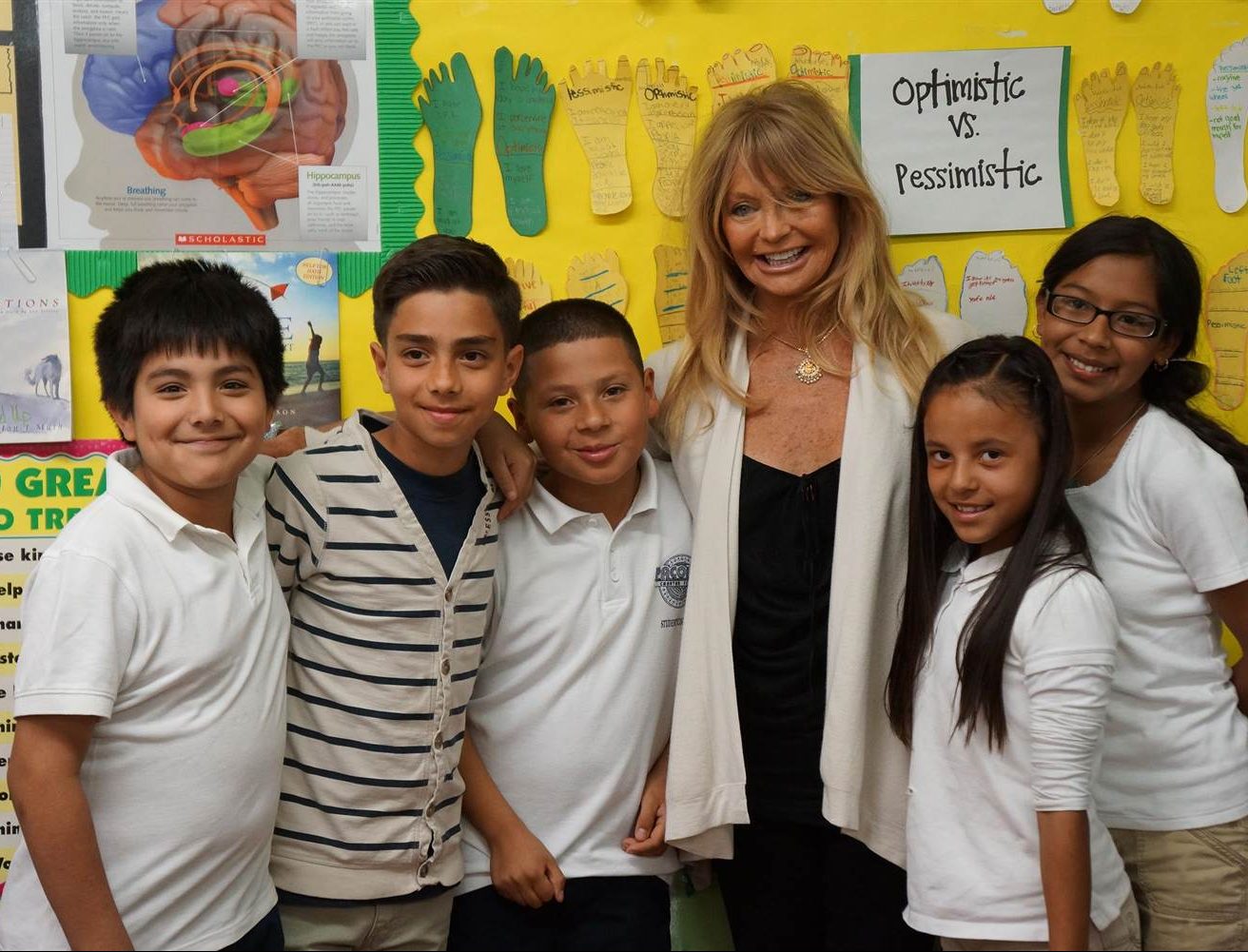 If you think the effusive Hawn just seems like exactly the type of person who’d have a big, charitable heart, you’d be right. As it turns out, Hawn is a genuinely caring individual – as evidenced by her charity, The Goldie Hawn Foundation, which she founded in 2003.

According to the charity’s website, The Goldie Hawn Foundation is “a not-for-profit organisation created in response to the global epidemic of childhood aggression, anxiety, depression and suicide.” 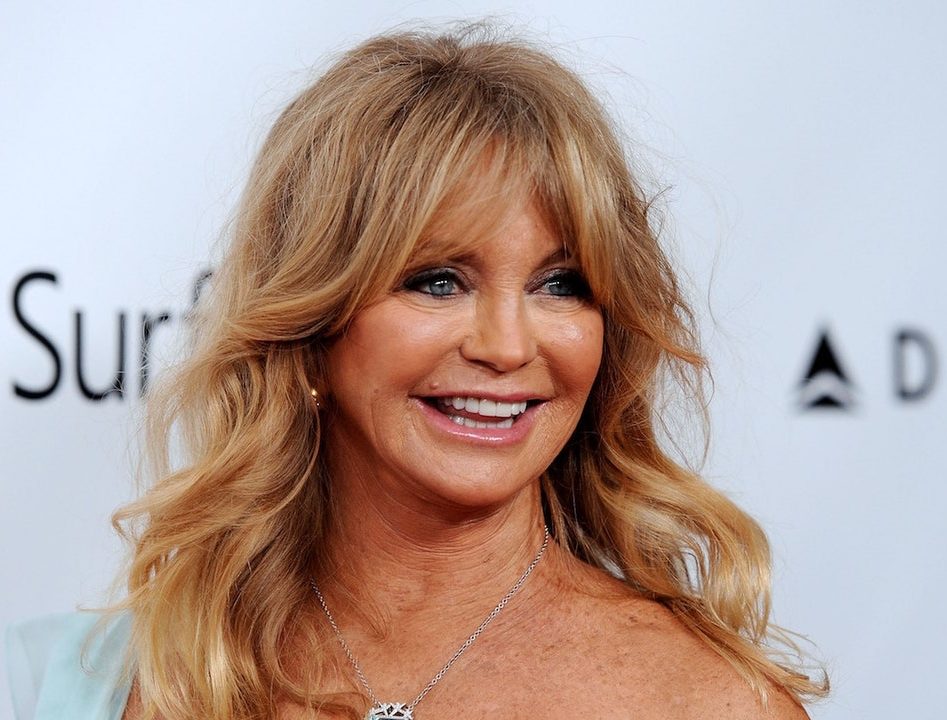 Free-spirited Hawn believes we’re all too shackled to technology nowadays. The actress has often expressed her fears about the way the world is heading, given our increasing dependence on tech. Speaking to Elle in 2015, she confessed that she believes everyone today is “addicted” to technology.

“We go into restaurants, and people aren’t talking anymore. They’re texting. While they are sitting at a restaurant with each other. So we’re losing this intimacy that we need to have as human beings. Because that’s really who we are. Technology doesn’t do it for us,” she said. 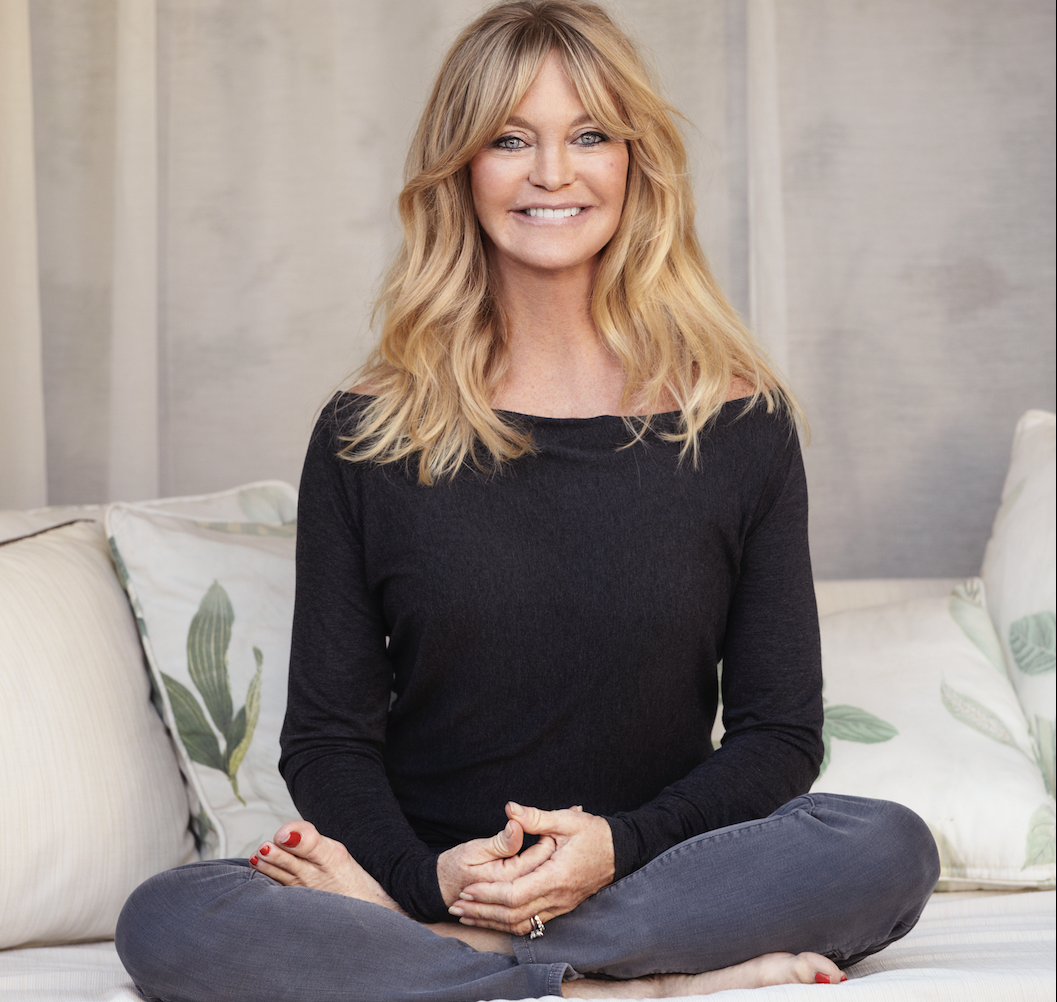 Hawn first became interested in mindfulness and meditation in the early 1970s, when her Hollywood career really began to take off. “My career was flying, I had lots of things going on in my life – lots of changes. And so it was important to find a way to keep some order and practice stress reduction,” Hawn says in an interview published on her charity’s website.

She elaborated when speaking to Elle in 2015: “Meditation is a prescriptive; it’s not a religion. It’s been proven to change your brain structure […] You’re really training your brain to focus, and you’re also training your body and your mind to interconnect, so you have a personal, quiet experience.”

2. She started off by working as a go-go dancer 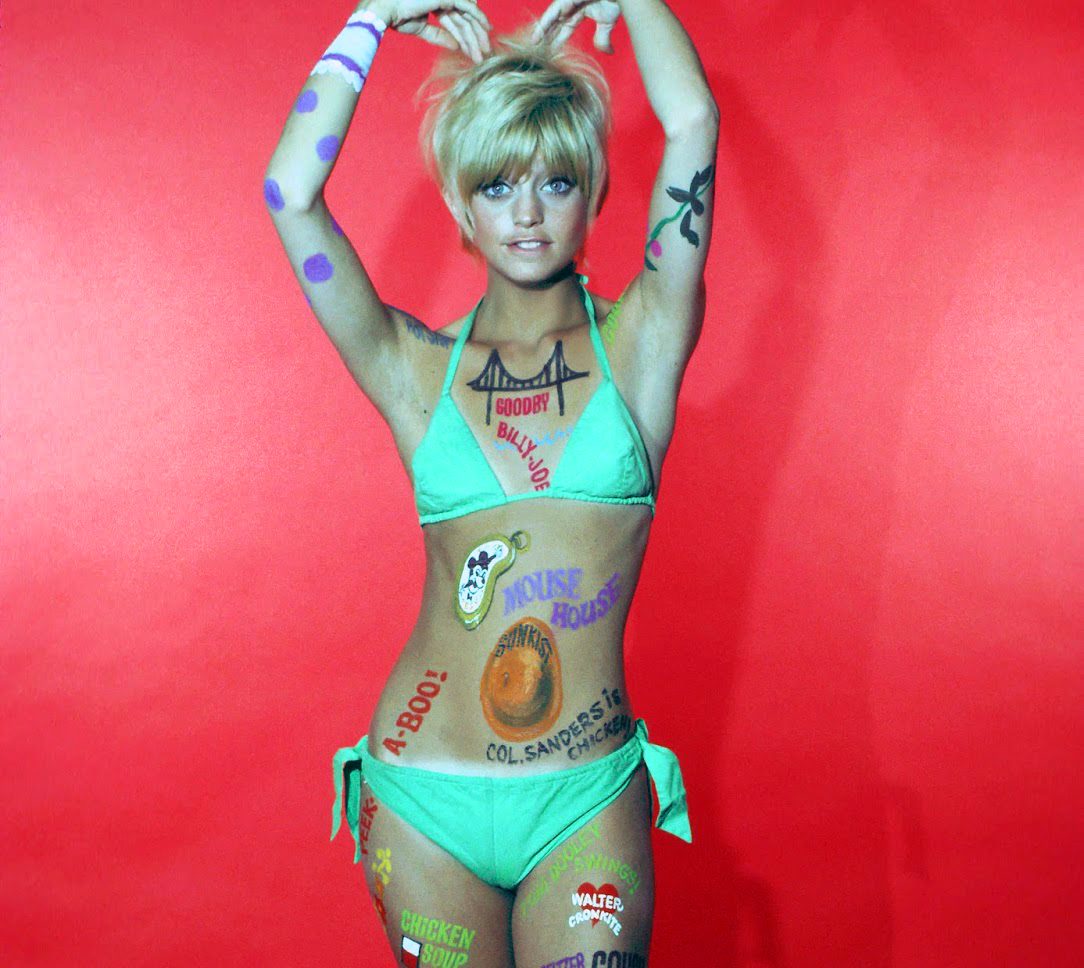 Hawn’s acting career has been so successful that it’s hard to believe her first paid job was actually dancing on tabletops in New York and New Jersey. Hawn had professionally trained as a dancer, so in the early 60s she began putting these skills to use by taking odd dancing jobs in clubs and bars.

Hawn made the transition from dancing in venues to dancing on screen in the late 60s as she starred on NBC’s comedy show Rowan & Martin’s Laugh-In. Here, she donned a bikini and a number of colourful temporary tattoos as she danced for the cameras. Although her go-go dancing days are far behind her, her grandchildren still call her “Go-Go.”

1. She first met husband Kurt Russell when he was 15 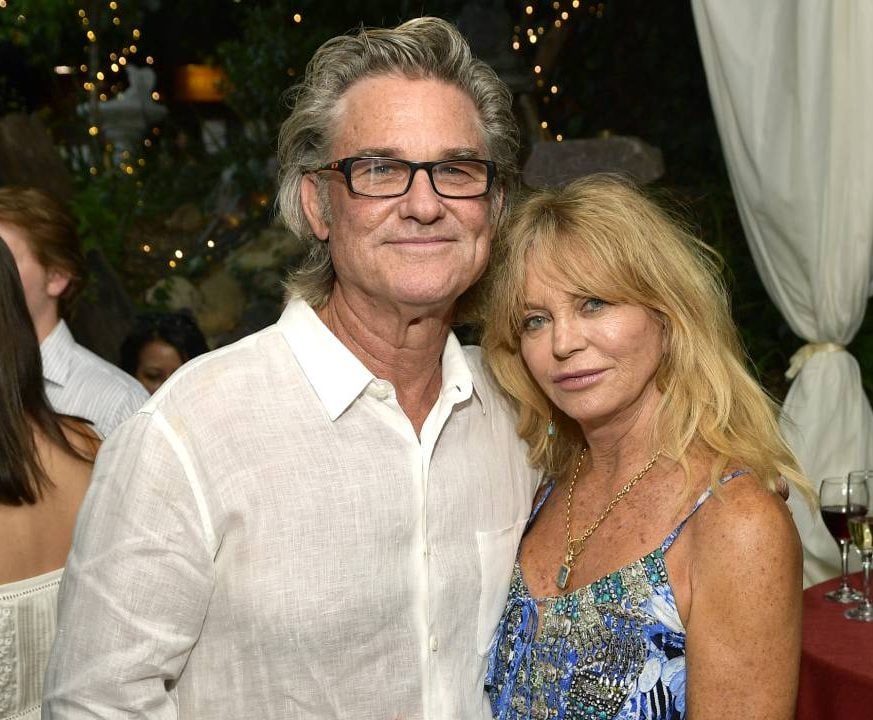 Hawn and Kurt Russell have one of the longest-standing relationships in Hollywood, but it almost never was. The two first met on the set of The One and Only Genuine Original Family Band – but at the time, Hawn was 21 while Russell was 16. Speaking to CBS in November 2020, the two quashed any rumours that there was a connection between them when they first met. “I mean, he was way too young for me. I was, like, dating older guys, right? I was what, 20?” said Hawn.

“I was only 15 years old,” said Russell. “I didn’t even have a car. I didn’t have a license.” Luckily, their paths crossed again in 1984 when they were both considerably older. It wasn’t long before they embarked on a relationship that has now stood the test of time.