10 Things You Never Knew About The Double Dragon Movie

Video game movie adaptations had a moment in the 90s – just look at Street Fighter and Mortal Kombat. One of the more notorious projects, however, has to be Double Dragon, released in 1994 and based on the 1987 video game. Widely regarded as a disaster, the film even made TIME’s 2008 list of the top 10 worst video game movies.

It may have been an artistic and financial failure at the time, but it’s since garnered a ‘so-bad-it’s-good’ charm. Here are 10 little-known facts about this infamous film.

10. Robert Patrick took the role because he loved martial arts 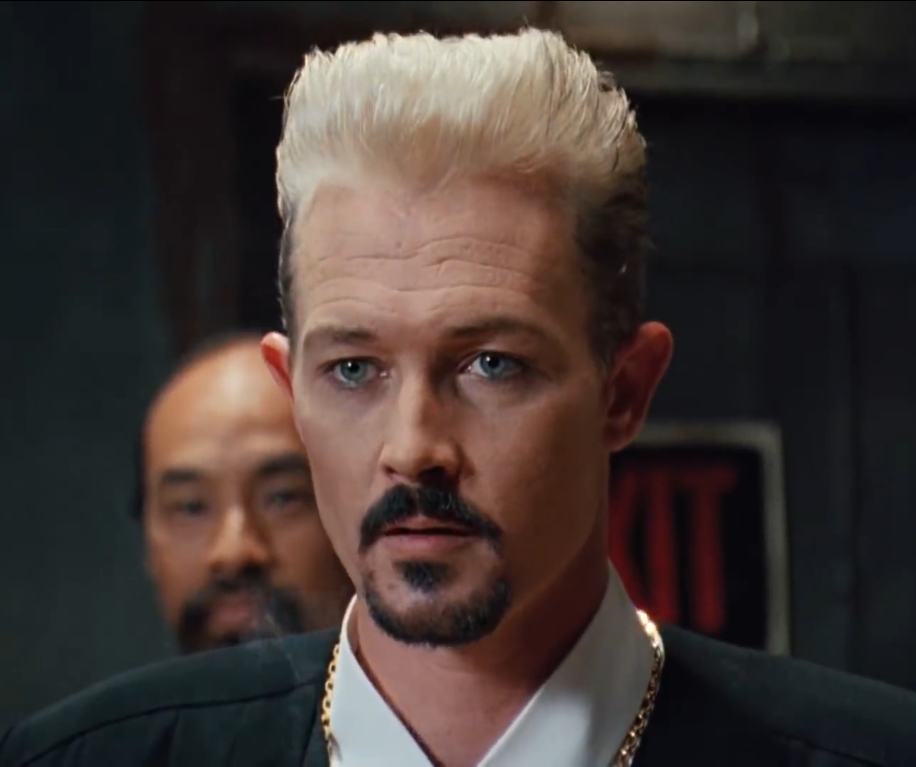 Robert Patrick landed his breakthrough role in 1991, starring as the villainous T-1000 in Terminator 2: Judgement Day. A humble man, Patrick decided to take some smaller roles after his huge success in Terminator 2, purely because of his love for martial arts.

He appeared in Hong Kong 97 – which was released straight to video in 1994 – as assassin Reginald Cameron, as well as starring as villain Koga Shuko in Double Dragon. Patrick still practises martial arts to this day – in a 2017 interview with the LA Times, the actor reveals he likes to keep fit by using a treadmill, stationary bike, rowing machine, weights, and martial arts training.

9. Robert Patrick is actually proud of his performance 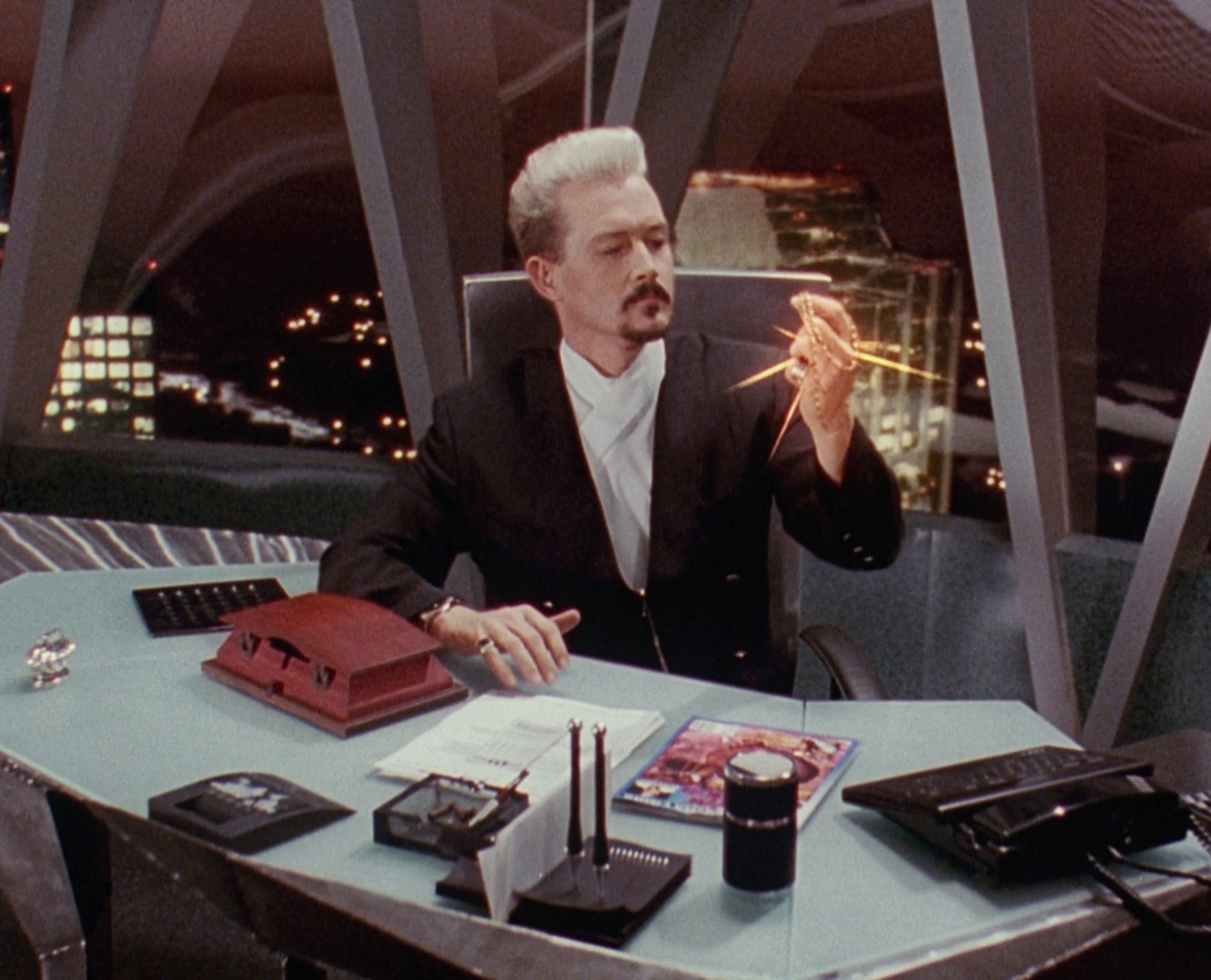 Robert Patrick has starred in a whole range of critically acclaimed films and TV shows, from Terminator 2 to The X-Files. You’d think that an appearance in a film as disastrous as Double Dragon would be something he’d rather forget – but apparently Patrick is proud of his performance.

Speaking to The AV Club in 2012, Patrick said: “There’s some funny aspects to that character, and it was a fairly liberating experience to be funny and try to be menacing at the same time. I am proud of my performance.” He did also clarify that he knows the film isn’t exactly a masterpiece. “It, uh, didn’t really work that well,” he admitted.

8. One scene that was shot in Ohio prompted over 200 calls to the emergency services 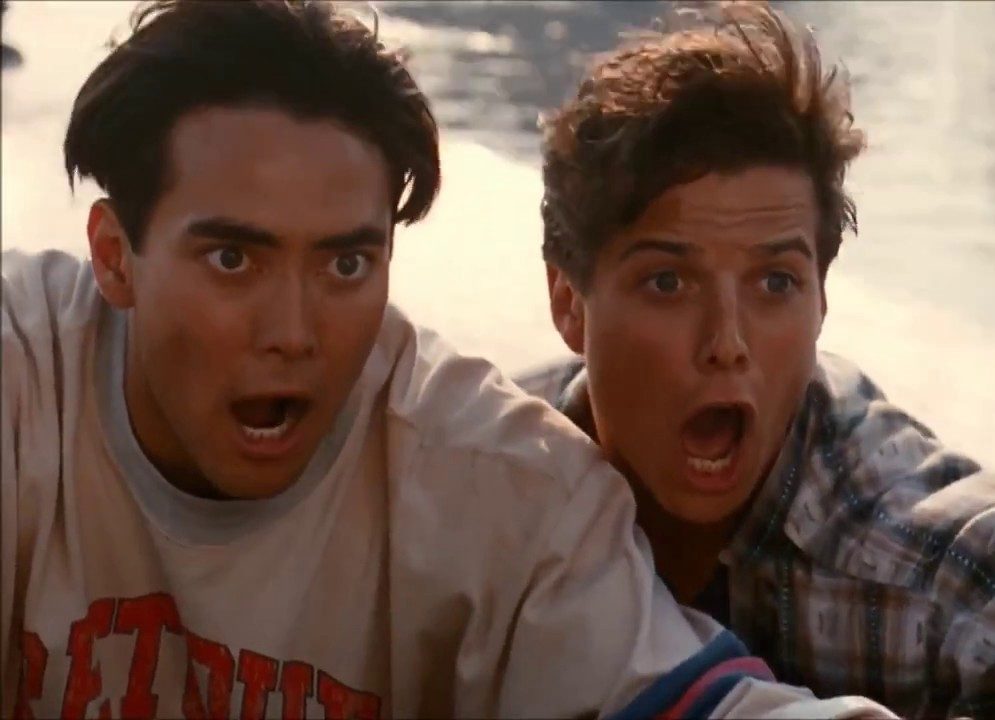 Despite being set in ‘New Angeles,’ the majority of the filming for Double Dragon took place in Cleveland, Ohio. One memorable scene featuring a boat chase that ends in a huge explosion was filmed on the Cuyahoga River in Ohio; it required 700 gallons and gasoline and 200 gallons of alcohol. Naturally, this resulted in an incredibly loud bang which reverberated around the area.

Despite warnings being broadcast on major news channels the night before, panicked residents called 911 to report the explosion. Within 10 minutes of the explosion going off, 210 phone calls had been made to the emergency services.

7. Mark Dacascos shot the whole movie with a sprained ankle 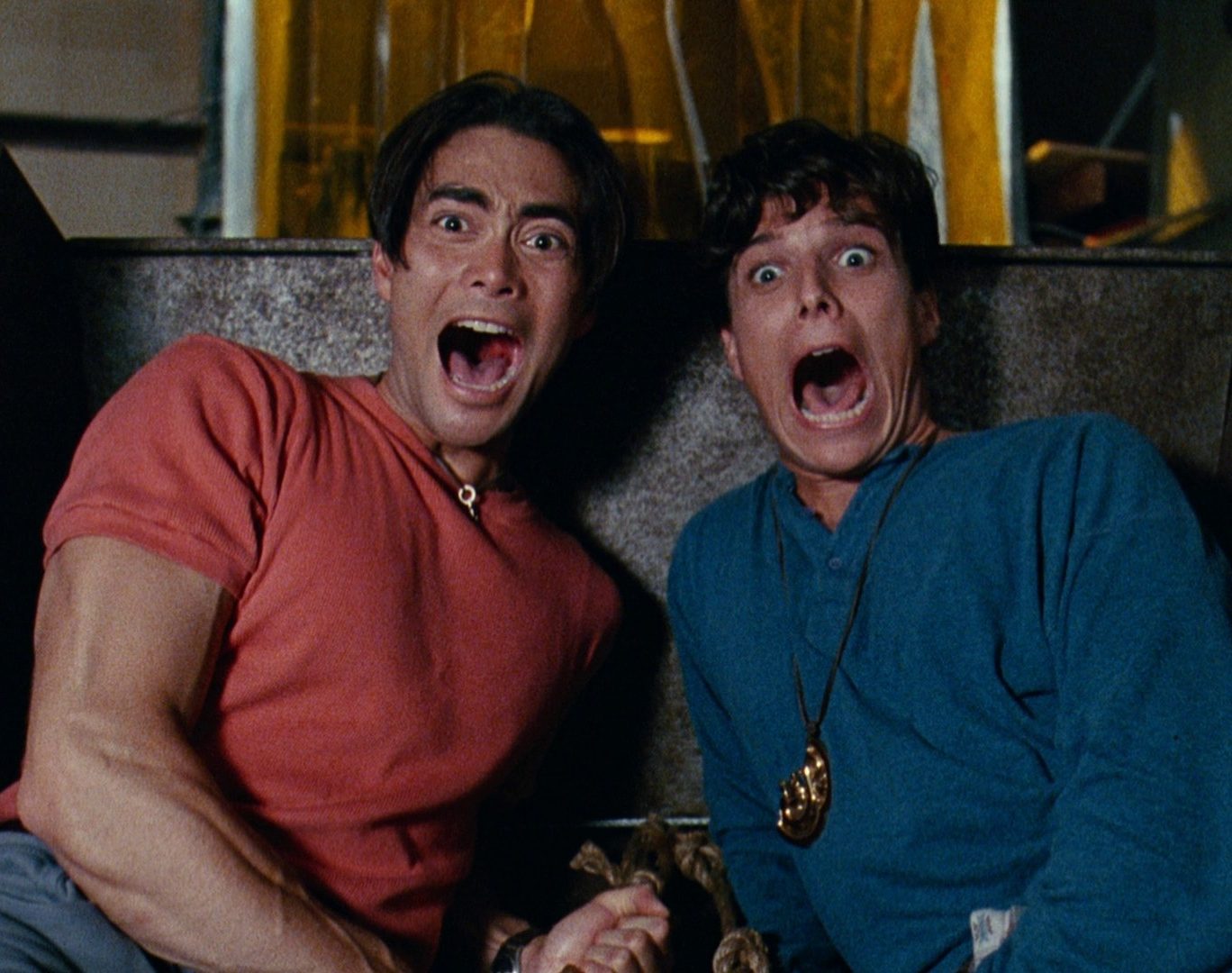 Injuring yourself is a distinct possibility when filming an action movie – but it’s something you do not want to happen, unless you want to run the risk of having to drop out of the film entirely. Mark Dacascos actually sprained his ankle on the first day of shooting Double Dragon, a fact he revealed on a special feature on the Double Dragon Blu-ray Disc.

As he knew this would cause so much disruption to production, he simply bandaged his ankle himself and didn’t tell anyone about the injury. It seems Dacascos also felt as though the role would be an important one for his career and was keen to play the part. Perhaps he should have taken the injury as a sign and dropped out while he had the chance.

6. One of the film’s screenwriters ended up working on Breaking Bad 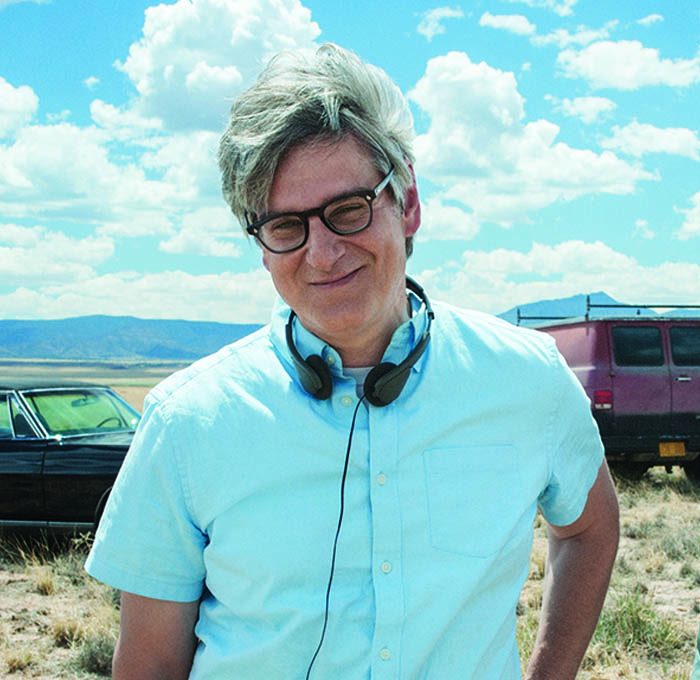 You might think that working on a film as appalling as Double Dragon would tarnish a screenwriter’s name forever, but that certainly wasn’t the case for Peter Gould. Despite being associated with the failure of Double Dragon, Gould went on to be nominated for four Writers Guild of America Awards. Obviously, these nominations were not for his work on Double Dragon, but were for his writing on acclaimed AMC series Breaking Bad instead.

He also teamed up with Breaking Bad’s creator Vince Gilligan to produce the similarly successful Breaking Bad spinoff Better Call Saul in 2015. The series finale is set to air in 2021. 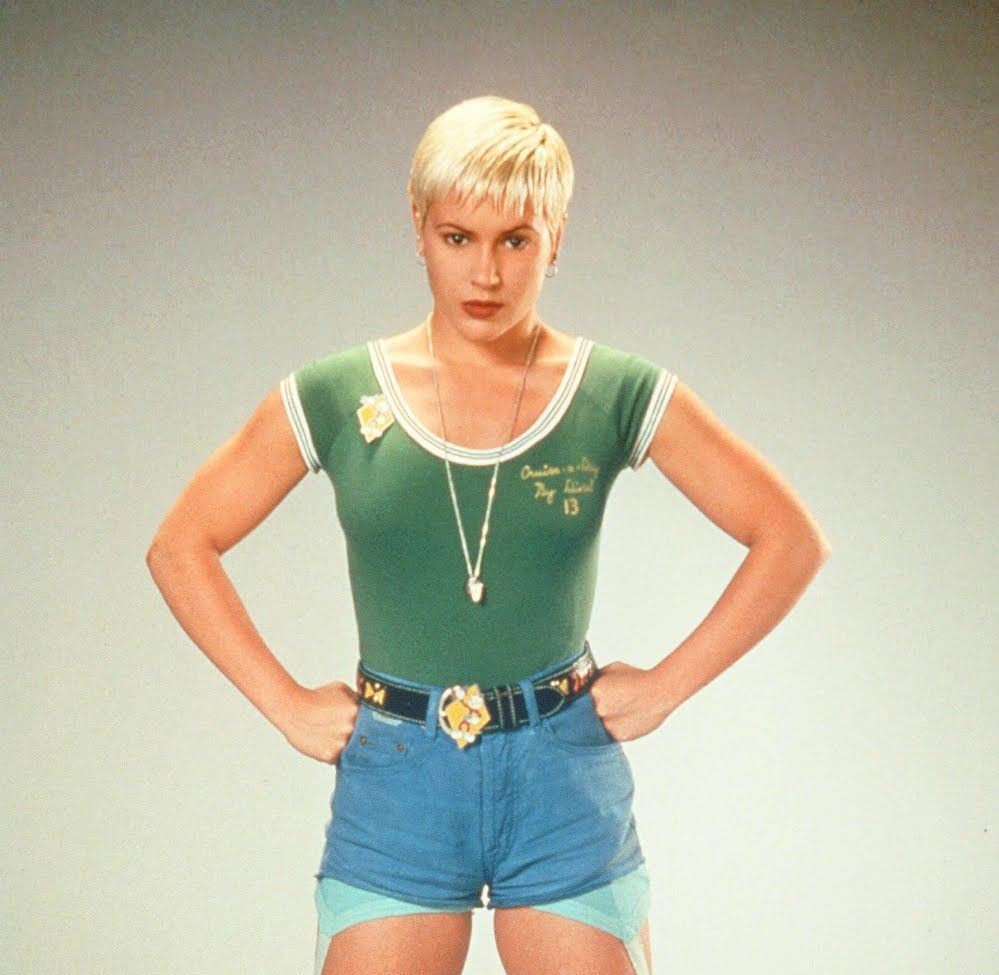 Alyssa Milano’s younger brother Cory appears alongside her in Double Dragon, featuring as Marc Delario, Marian Delario’s brother. Marc is only a minor character in the film, but it’s cool to think that he’s literally Marian’s brother. In real life, the two have a great relationship, and Alyssa has said her best childhood memory is the birth of her baby brother.

Cory may have made his first film appearance at a young age, but this wasn’t really a sign of a promising acting career to come. He’s since become a music editor and left his acting days far behind him. With Double Dragon as his silver screen debut, who can blame him?

4. A new video game was meant to be launched to coincide with the film’s release 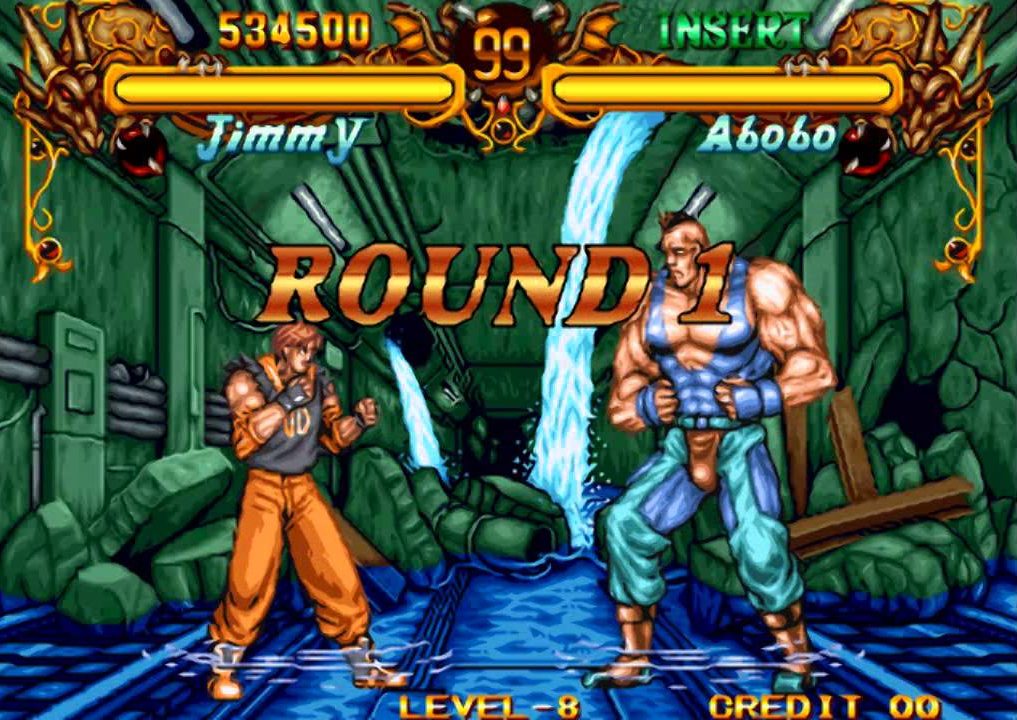 This is a bit meta, considering the film was already based on a video game, but a whole new video game was meant to be launched to coincide with the movie’s release. The game was supposed to feature ‘sprites’ of the film’s actors.

However, the timings were all off and it quickly became apparent that they wouldn’t be able to release the game at the same time as the film, rendering the whole project redundant. The idea was scrapped – luckily too, given the failure of the film. The film did spawn a tie-in game in Japan – also called Double Dragon – but like the film, this failed to garner much popularity.

3. Scott Wolf and Alyssa Milano fell in love while shooting the film 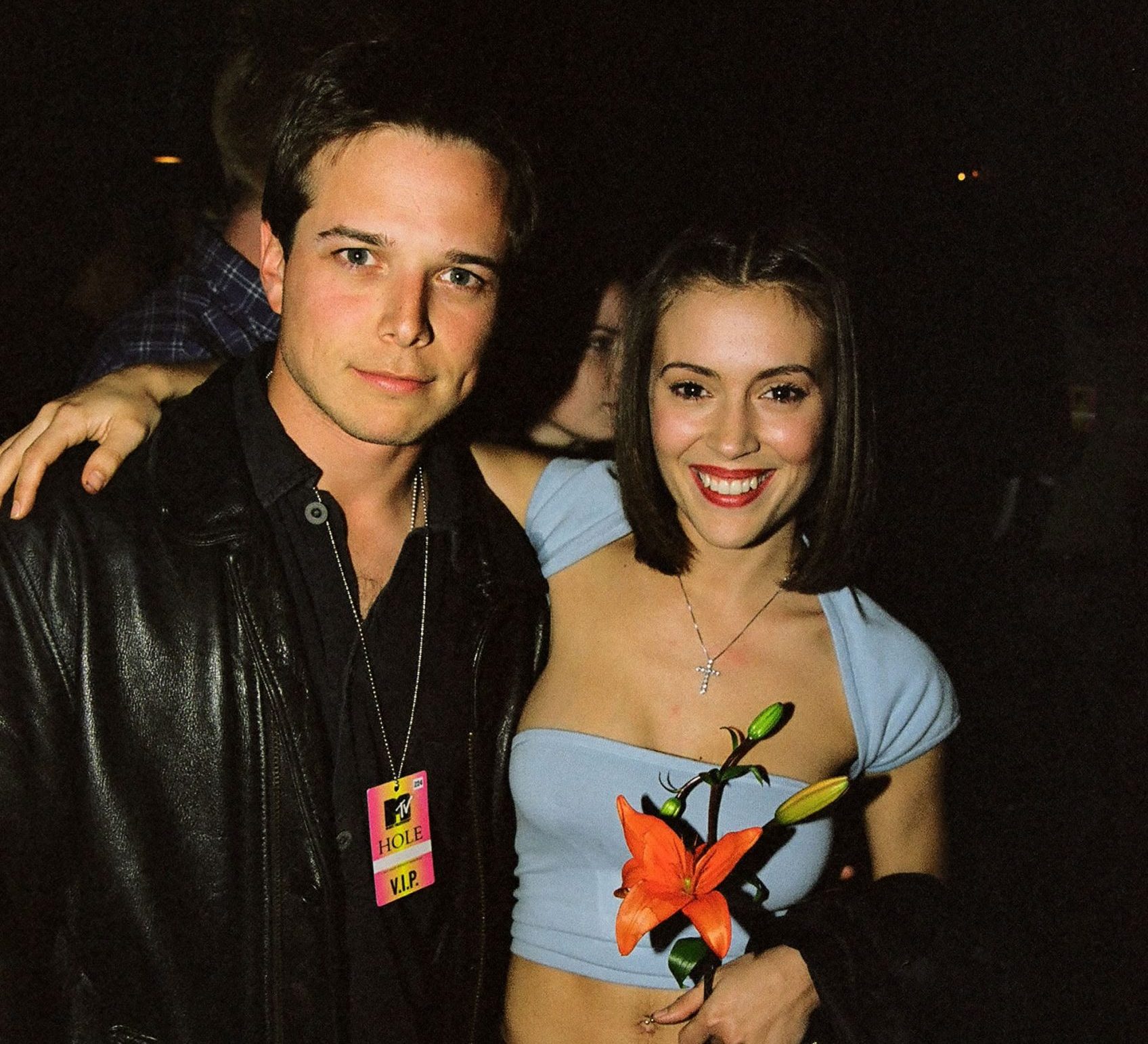 Co-stars falling in love on set is nothing new, but it’s still adorable when it does happen. For Alyssa Milano and Scott Wolf, romance blossomed on the set of Double Dragon. Milano told People in 1994: “I knew it the second I met him. I called my mom and told her, ‘This is the man I’m gonna marry.'” Scott was similarly effusive: “I could have asked her to marry me two weeks after we met. I’m convinced we’re like two halves of the same soul.”

Wolf moved in with Milano shortly after production wrapped and the two got engaged not long after. Unfortunately, the affair turned out to be just a whirlwind romance, and the engagement was called off after a year. 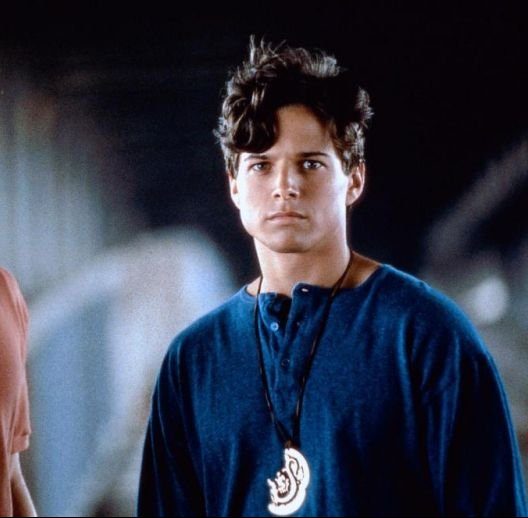 Scott Wolf began to make a name for himself in 1994 after being cast as Bailey Salinger in the Fox TV series Party of Five. Before then, Wolf had had a few minor roles in other shows such as Saved By the Bell and Kids Incorporated. He’d also appeared on the silver screen, but, again, only in very small roles – his debut in Teenage Mutant Ninja Turtles in 1990 was such a tiny part that he actually went uncredited.

His role as Billy Lee in Double Dragon was definitely his first ‘major’ role – unfortunately for Wolf, as he became associated with the failed movie. This seems to have set the precedent for the rest of his career, as Wolf never really landed any A-list roles, despite enjoying reasonable success in a handful of solid if unremarkable films.

1. The Double Dragon game itself appears in the movie 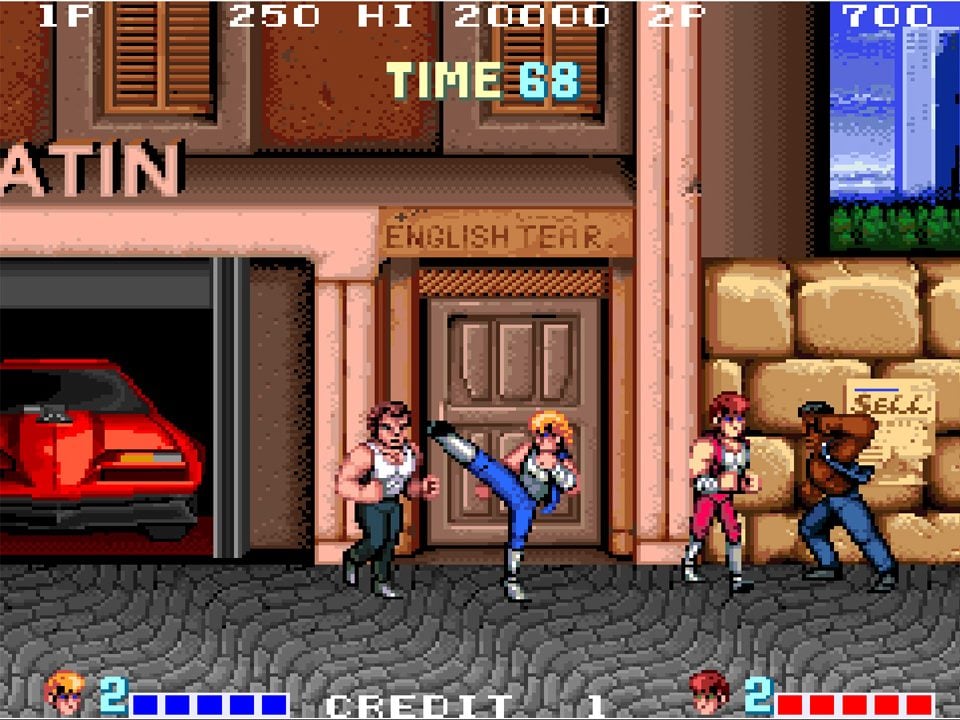 If you look closely in the film, you can spot a game cabinet in the Power Corps hideout. It’s easiest to spot during one scene where Jimmy, possessed, tries to kick Billy but misses and smashes the game’s screen. There’s no real hidden meaning or purpose behind the inclusion of the game in the film, but it’s a neat little Easter egg nonetheless.