Star of the Lethal Weapon franchise, Danny Glover didn’t set off on his Hollywood career until he was in his thirties. Now world-famous as an actor, producer and activist, he has over 200 film and TV credits to his name.

Here are ten things you may not know about Glover.

10. He invited the Los Angeles Lakers to play extras in Predator 2 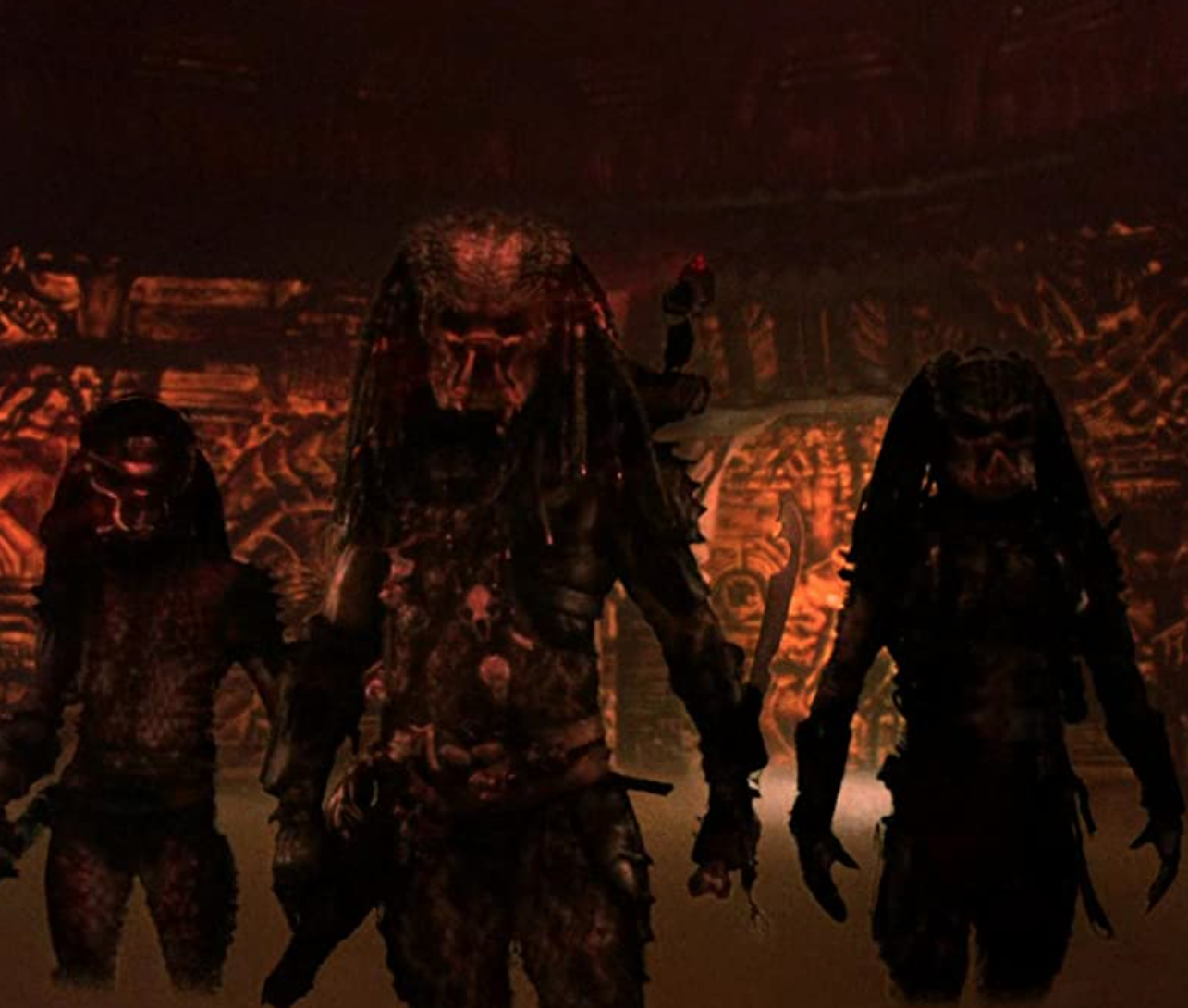 When director Stephen Hopkins was searching for some very tall extras to play a gang of extra-terrestrial monsters in Predator 2, Danny Glover (starring as Detective Mike Harrigan) knew just who to call.

A massive fan of the Los Angeles Lakers, Glover invited several of his favourite team’s players to join the cast, and they took to their parts with gusto.

9. He was friends with Fidel Castro and Hugo Chávez

Fidel Castro was a great revolutionary. Learn more about his life & legacy. https://t.co/6nfsCM5krS

Glover admired Fidel Castro’s communist regime in Cuba, and they co-starred in Will The Real Terrorist Please Stand Up, a 2010 documentary about US-Cuban relations.

He was also friends with the late President of Venezuela, Hugo Chávez. The leader once donated $18 million to Glover’s proposed documentary on the leader of the Haitian Revolution, Toussaint Louverture.

8. He didn’t start acting professionally until he was 28 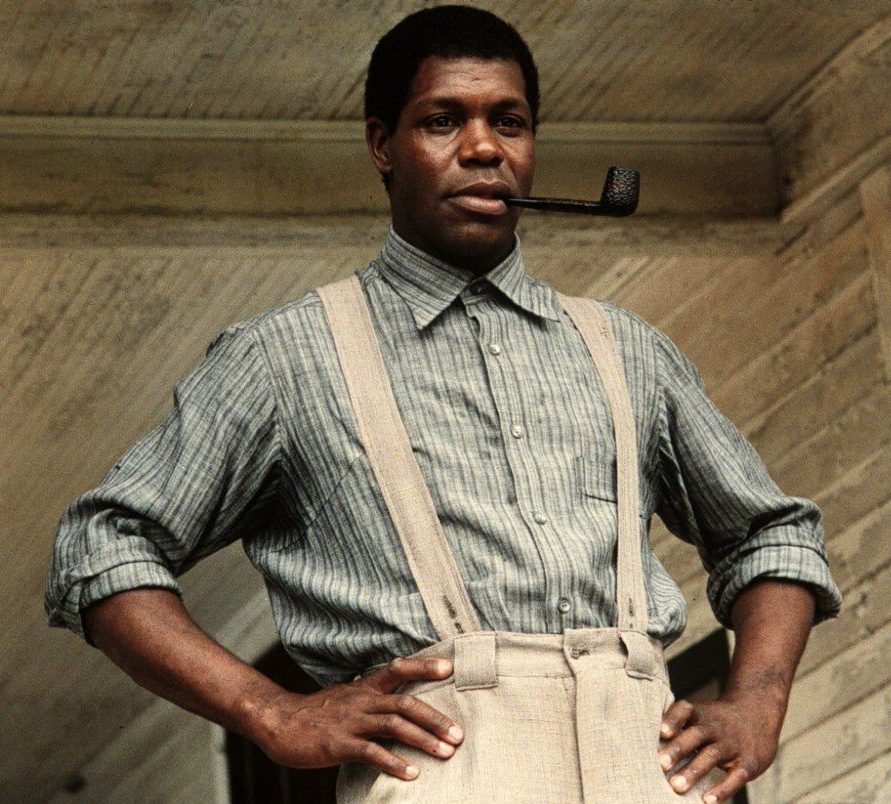 Glover made his acting debut as a convict in Escape From Alcatraz at the age of 32. Before that, he had a career in city administration.

He joined a local San Francisco theatre program aged 28, which convinced him to quit his day job and pursue acting.

7. Nigeria made him a chief in honour of his civil rights advocacy

Glover was awarded a chieftaincy by Imo State, Nigeria in 2009, honouring his work in advocating for people of the African diaspora.

His formal title, “Enyioma of Nkwerre”, translates to “a good friend” in the Igbo language of Eastern Nigeria.

6. He wished his character in Lethal Weapon had a more romantic side 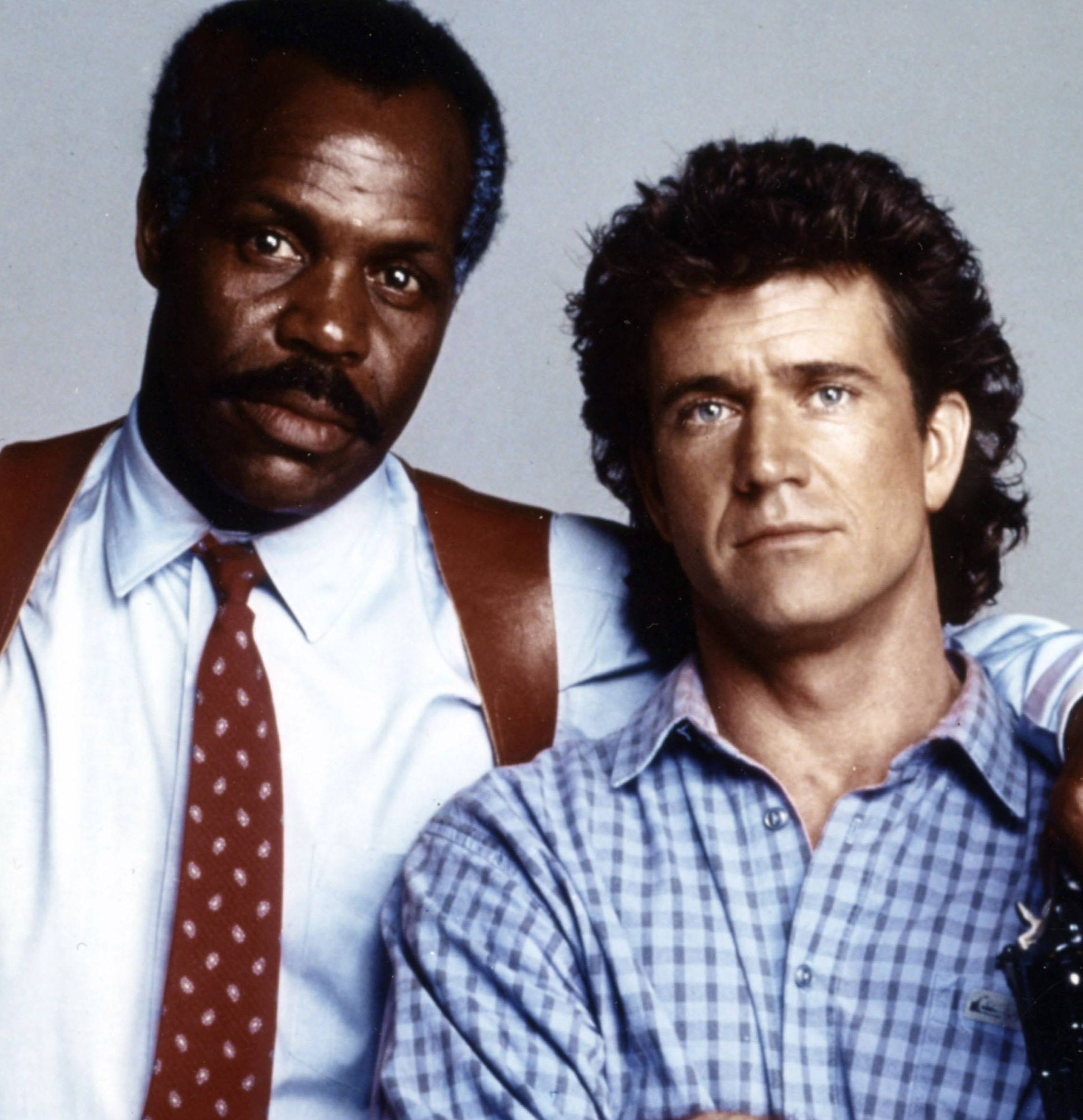 In an interview with the LA Times, Glover mused on why his character Murtaugh and his wife never showed much physical affection – the pair never even kiss. “You get a sense, in watching these movies, that these two people do everything but sleep together,” he said.

The difference between Murtaugh’s and Rigg’s respective love lives is stark, even if it was made “subconsciously”, he noted. “On the screen I get neutralised,” he said. “It happens to a lot of black actors.”

5. While filming Operation Dumbo Drop, he kept a photo of his dream house in his pocket to stay motivated 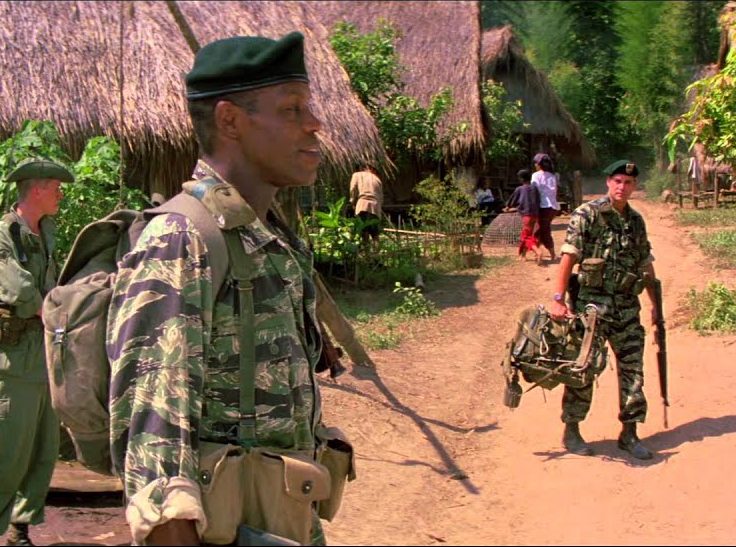 The Disney film Operation Dumbo Drop was not popular with its own stars, according to Denis Leary, who played soldier David Poole. Filming was apparently a frustratingly slow process.

In an interview with Entertainment Weekly, Leary said he, Glover and Ray Liotta took part in the film for the money alone. He said they even carried around photos of the houses they wanted to buy, just to keep themselves motivated on-set.

4. He used to be a cabbie – and now campaigns to drive racism out of the industry 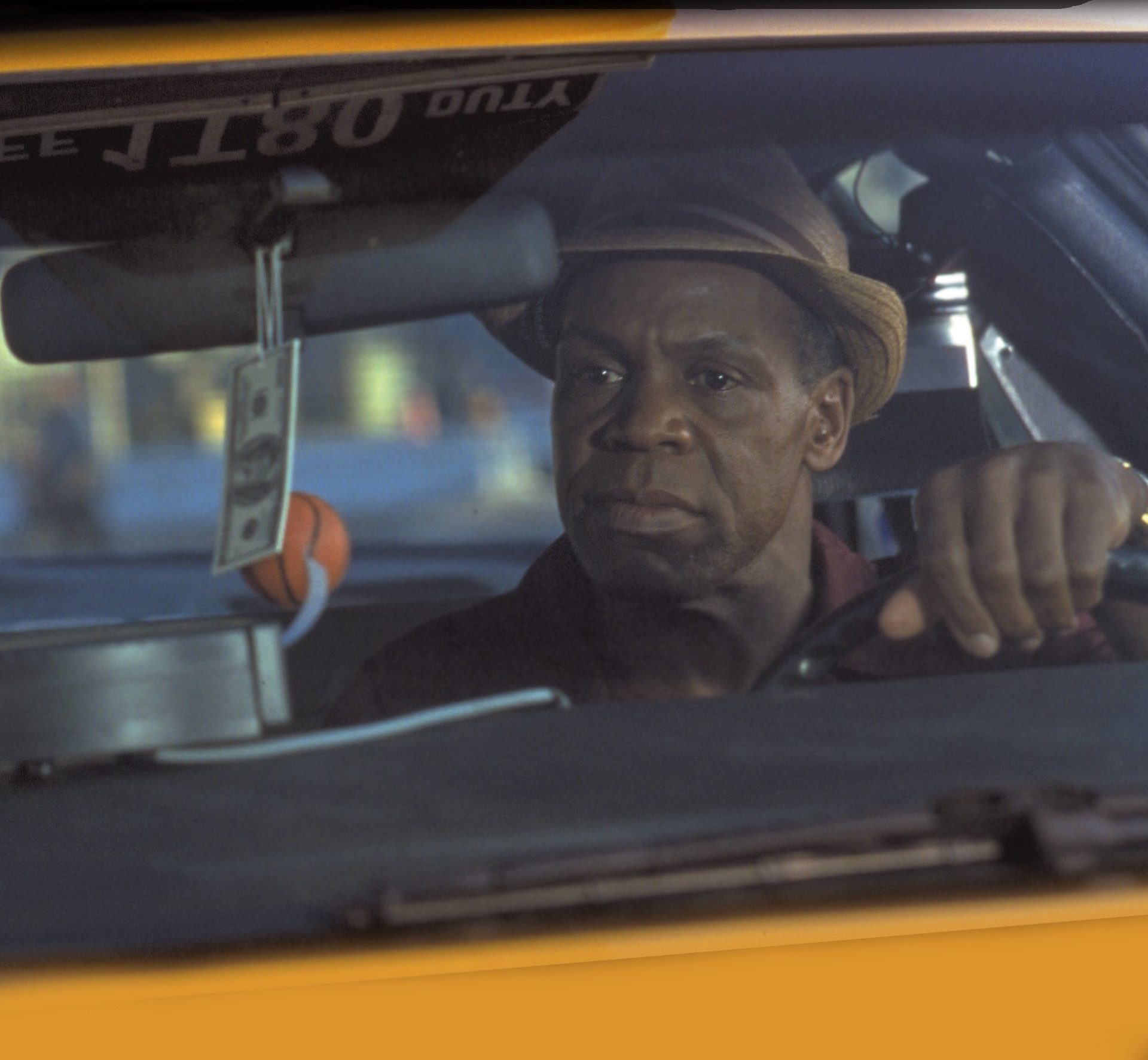 To earn a living while he was training as an actor, Glover worked as a cabbie in San Francisco.

Years later, Glover, his daughter and her friend struggled to flag down a cab in Harlem, NYC – and one driver refused to let Glover in the front seat. He filed a complaint with the city’s taxi commission and started to use his inside knowledge of the industry to campaign against racist practices.

3. He took part in the longest student strike in US history

While studying at San Francisco State University, Glover joined the Black Students Union. He ended up taking part in the longest ever US student strike, lasting five months, to campaign for the creation of a new Department of Black Studies.

Not only did the university eventually create the department – it also built the US’s first-ever School of Ethnic Studies as a result of the strike.

2. He hosts an annual jazz concert for charity

The Hollywood star regularly hosts the annual benefit jazz concert A Great Night In Harlem, and is on the board of directors for the Jazz Foundation of America.

He has also sung in two films: Honeydripper and Beloved. In an interview with the Post and Courier, Glover said his childhood home was filled with jazz and gospel music.

1. He filmed a documentary about African railways 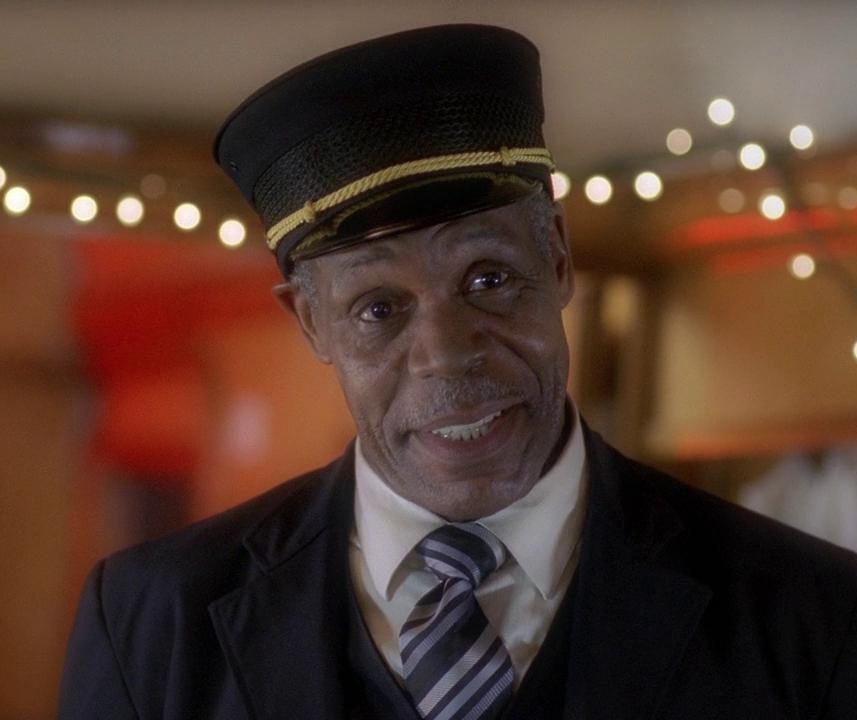 In a 1999 episode of Great Railway Journeys, Glover and his former wife Asake Bomani travelled over a thousand miles across Africa by train and boat.

He took the railway from Saint-Louis to Dakar in Senegal, which was built in 1879. On his journey, he met musician Youssou N’Dour and the film director Sembene Ousmane, and spent a night in a tent for the first time in his life.