Charles Grodin was an acclaimed actor and comedian famed for his deadpan delivery and surly persona. He landed his first film role in Rosemary’s Baby in 1968 and went on to make a career breakthrough in 1972 after bagging the lead in The Heartbreak Kid. Grodin continued working up until 2017, but sadly died from multiple myeloma in May 2021. Here are ten things you never knew about him.

10. Grodin was friends with Gene Wilder since school 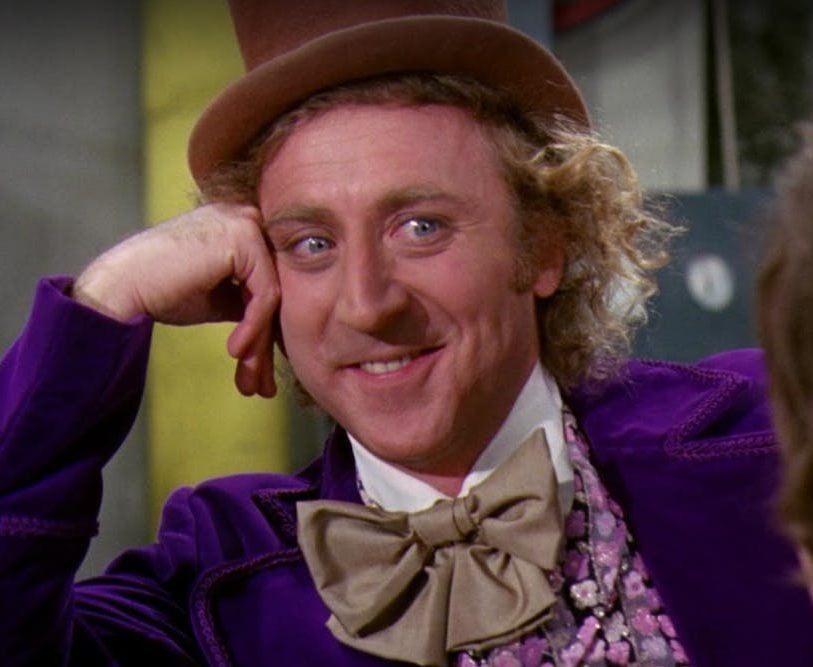 Gene Wilder – most famous for his role as Willy Wonka in the 1971 film Willy Wonka & The Chocolate Factory – was firm friends with Charles Grodin. The two first met in the 1950s while studying the performing arts at the HB Studio in New York. Grodin later convinced Wilder to begin studying method acting with Lee Strasberg.

Wilder starred as twins Phillipe and Claude in the 1970 film Start the Revolution Without Me and was keen to get Grodin to star opposite him as second set of twins Pierre and Charles. Grodin was forced to decline as he’d already committed to directing the Broadway production of Lovers and Other Strangers.

9. He was almost recast as Colonel Cathcart in Catch-22 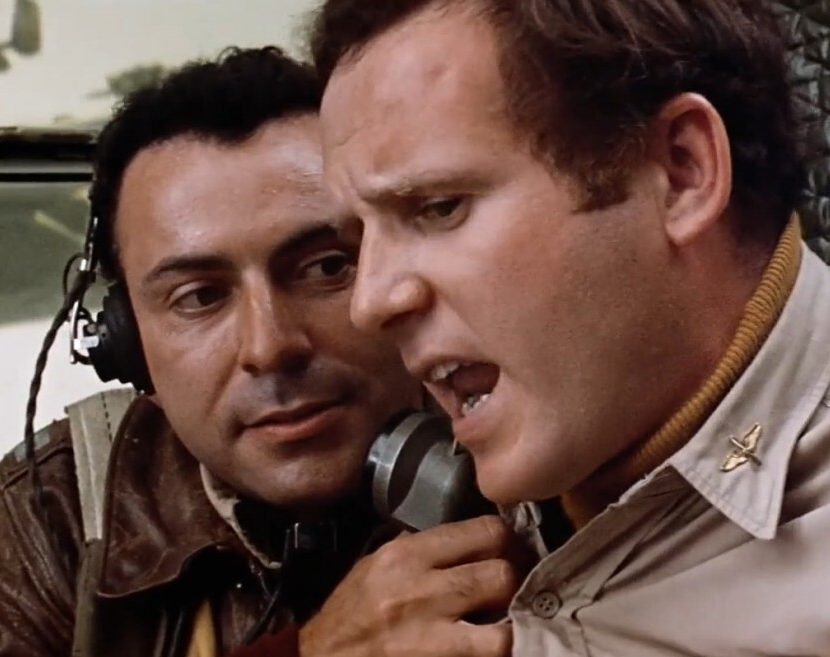 Grodin dazzled as Captain Aarfy Aardvark in the 1970 film Catch-22 – but he was almost cast as another character in the film.

Grodin had already signed up to play Aardvark when director Mike Nichols suggested that he play Colonel Cathcart instead, as the original actor for the role hadn’t lived up to expectations and was let go. As the character was much older than Grodin was at the time, the film’s make-up artists experimented with methods of artfully ageing Grodin for several days. However, it proved too big of a challenge, and Nichols cast Martin Balsam in the role instead.

8. He turned down the role of Benjamin Braddock in The Graduate 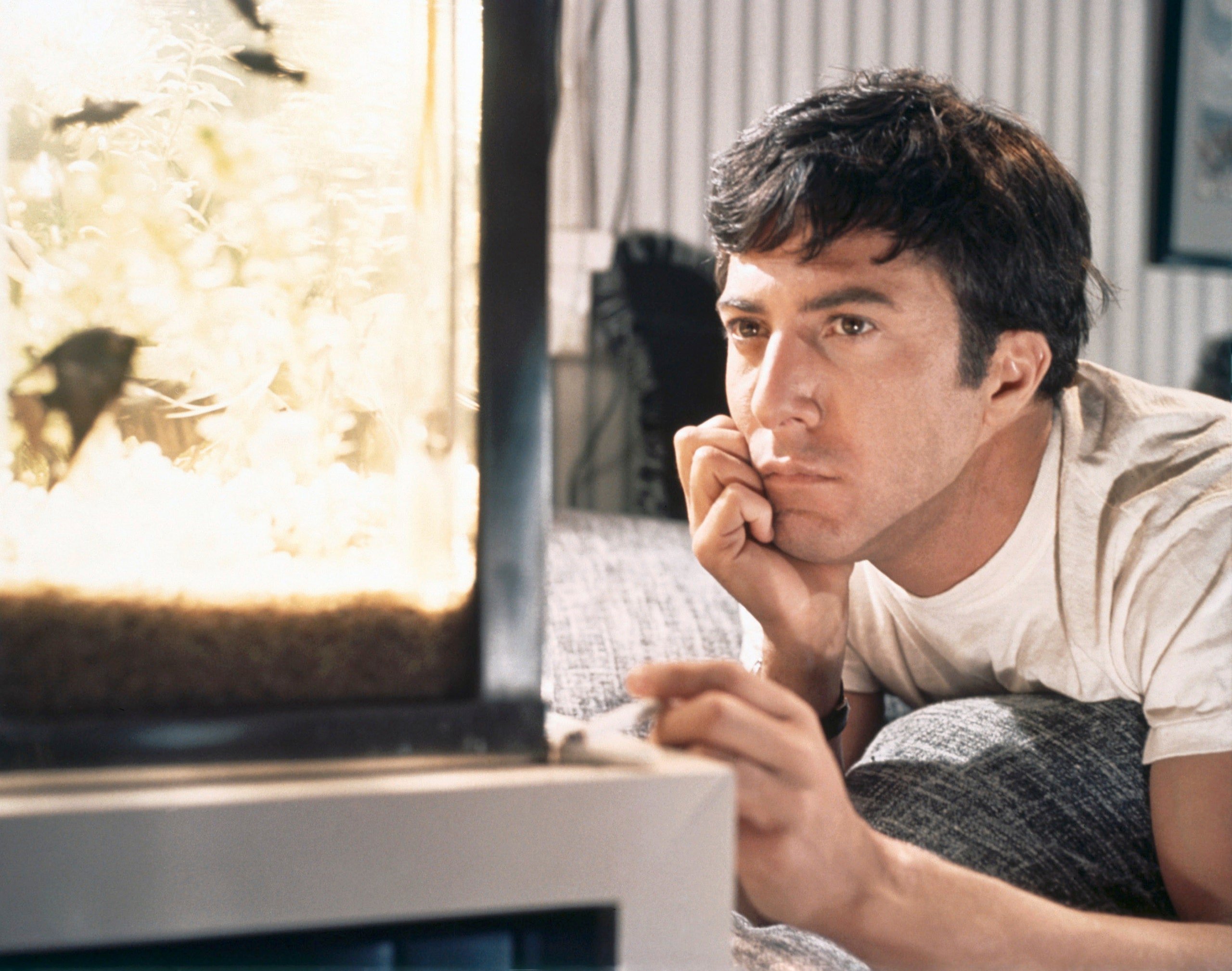 The 1967 film The Graduate proved to be one of the greatest American films of all time. Playing the lead role of Benjamin Braddock helped cement Dustin Hoffman’s position as a successful professional actor – but he almost missed out on the part.

Instead, the role nearly went to Charles Grodin. Unfortunately, Grodin rejected the part because he thought the salary offered by Producer Lawrence Turman was too low. Turman tried to convince Grodin that the exposure he’d get from the role would make it all worth it – but, unfortunately, Grodin still refused.

7. He wasn’t really that grumpy 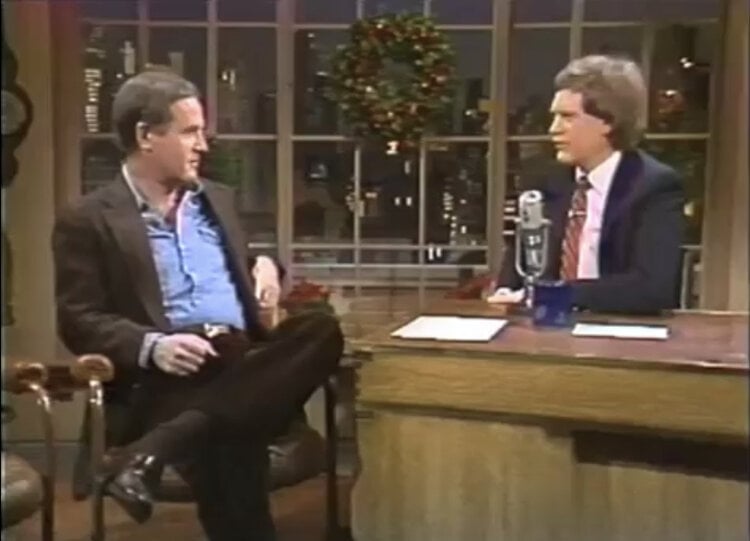 Grodin had quite the reputation for having a surly persona, on-screen and off. But this attitude wasn’t reflective of the real Grodin. He revealed in a 2006 interview on the Late Show with David Letterman that the aloof image he has is just for show. He went on to explain that he developed the attitude so that he could seem like a more interesting guest on talk shows.

Apparently, the first time he acted in this way was in 1973 when he appeared on the Tonight Show Starring Johnny Carson immediately after Diana Ross. Grodin realised that his real, normal self would seem boring in comparison to Ross, and so he acted far more churlish than usual just to keep the audience entertained.

6. There was a serious age gap between him and his on-screen wife in Beethoven 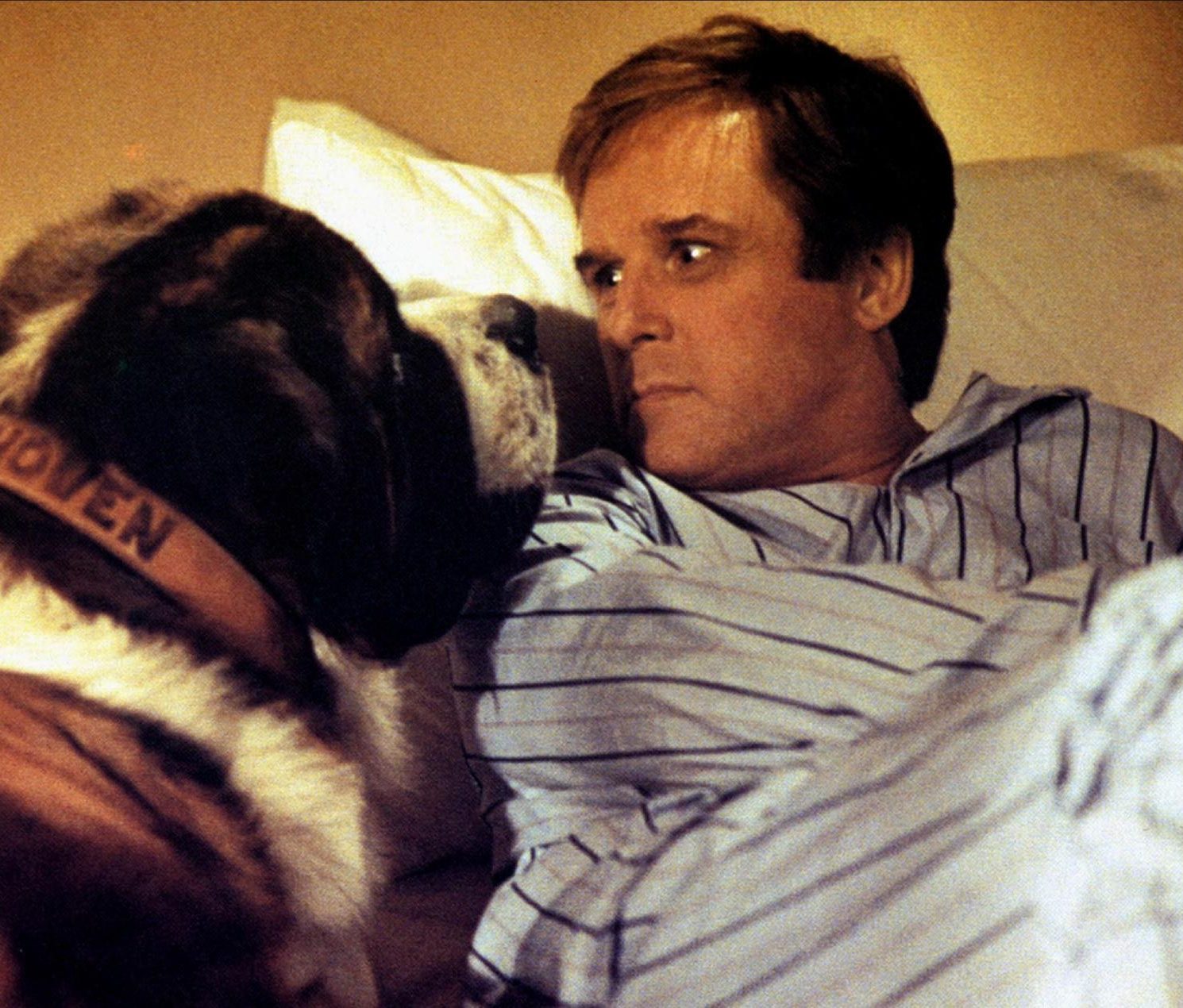 Grodin starred as workaholic, dog-hating father George Newton in the 1992 film Beethoven. He performed alongside actress Bonnie Hunt, who co-starred as his wife, Alice.

Amazingly, Grodin was 56 when he played George, while Hunt was just 29 when she played Alice. That’s an age gap of 27 years!

5. He improvised the line ‘You ever had sex with an animal, Jack?’ in Midnight Run 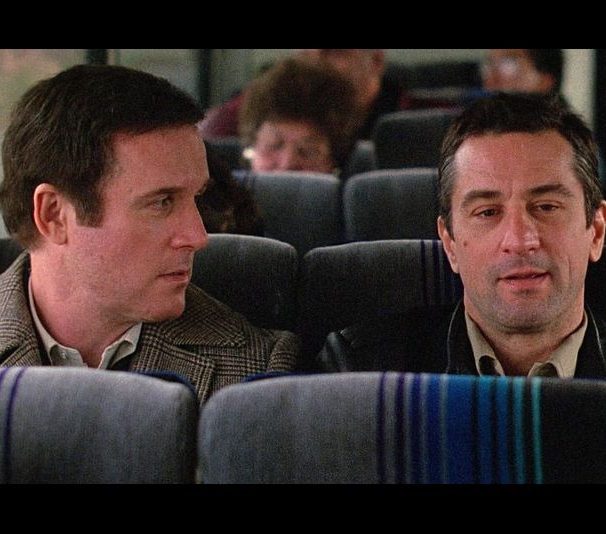 The boxcar scene in Midnight Run was almost entirely improvised. Martin Brest wanted Grodin to spontaneously come up with something that would make Robert De Niro genuinely laugh, and so he came up with 15 different potential lines. In the first take, he said “When you get your money for turning me in, you might want to spend some on your wardrobe,” but this failed to make De Niro laugh.

He then changed tack and tried the famous line “You ever had sex with an animal, Jack?”, which did ultimately succeed in making De Niro chuckle. 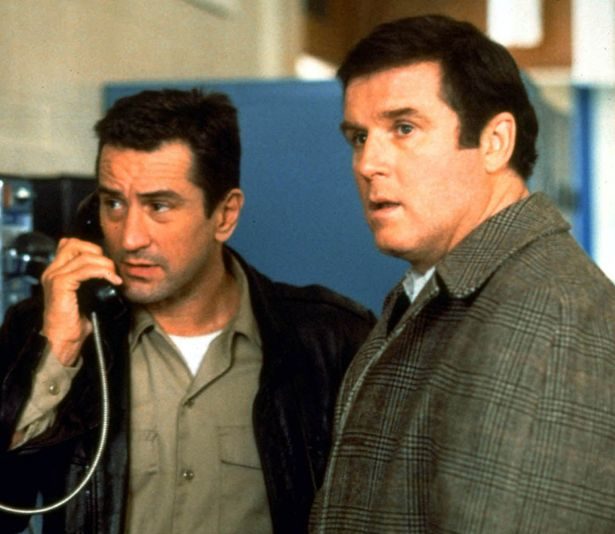 Grodin suffered permanent scarring as a result of wearing real handcuffs for so much time while shooting Midnight Run. Although rubber and plastic handcuffs were available for the cast to use in wide shots, Robert De Niro insisted that Grodin wear real ones for the majority of the film.

While this attention to detail was admirable, the handcuffs dug into Grodin’s wrists so much that they ended up leaving permanent marks on his wrists.

3. Robin Williams was nearly cast as The Duke instead of Grodin 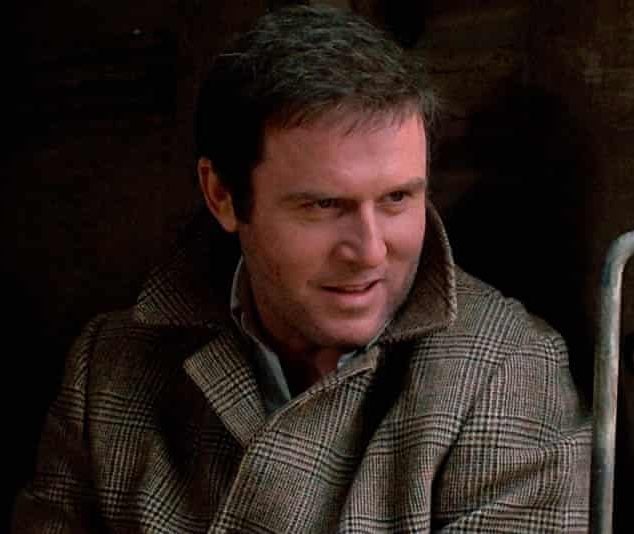 Paramount Pictures originally wanted to cast a big star opposite Robert De Niro in Midnight Run. They went through a range of options and even floated the idea that the character of John Markdukas could be changed into a female character and played by Cher.

Paramount then suggested that Robin Williams play the role, as he’d had huge success with Good Morning, Vietnam. However, director Martin Brest was adamant that Grodin get the part. This led to Paramount dropping the project, but Universal was happy with the Grodin/De Niro pairing and ultimately picked up the film.

2. It was his idea to include an extra in the diner scene in Midnight Run

The ‘litmus configuration’ scene in Midnight Run features a barfly played by Bill Fritz. Fritz was initially meant to feature in the film as an extra – but at Grodin’s suggestion, he was given some lines in the famous scene.

The interaction between the barfly and Mardukas worked so well that Fritz was given more and more lines – so much so that the scene ended up having to be significantly cut down.

1. Roman Polanski cast Grodin in Rosemary’s Baby on the spot 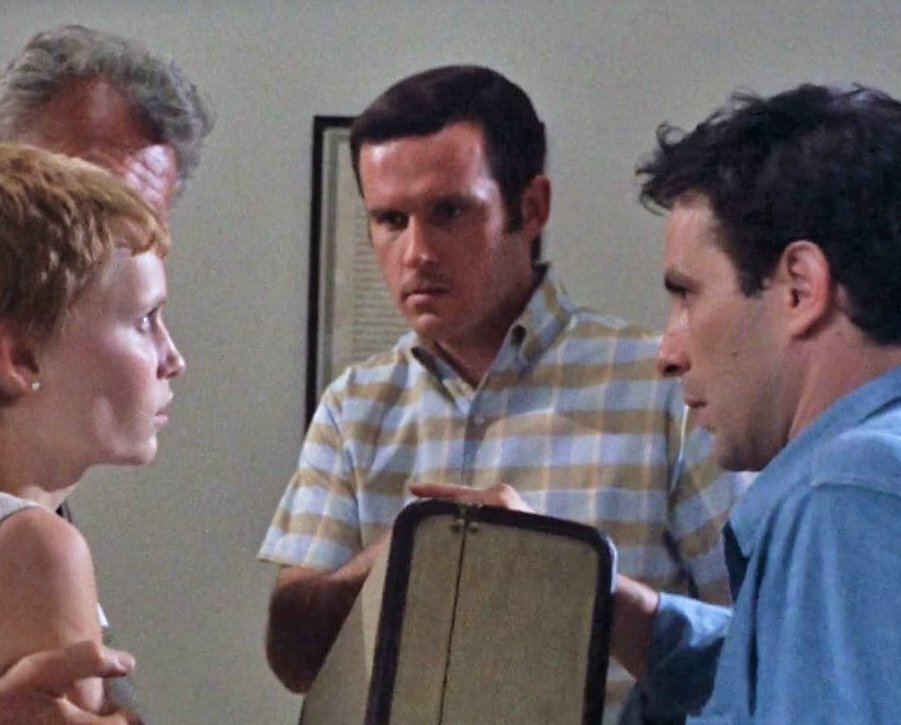 In his 1989 autobiography, Grodin revealed that director Roman Polanski cast him on the spot for the role of obstetrician Dr Hill in Rosemary’s Baby.

He met Polanski during a break between filming scenes in The Guns of Will Sonnett: A Bell for Jeff Sonnett in 1967. Grodin was in costume at the time, wearing a cowboy outfit complete with large sideburns. Polanski saw a similarity between his imagined version of Dr Hill and Grodin, and ended up casting him there and then.