Carl Weathers rose to Hollywood stardom as Apollo Creed in the Rocky series, but he first won fame as an NFL star.

Even while he was still playing football, Weathers dreamt of acting and found his first role as an extra in the Clint Eastwood thriller Magnum Force. It wasn’t long, however, before Weathers retired from sports to feature in an impressive array of blockbusters, from Close Encounters of the Third Kind to Predator.

There have been plenty of adventures on this Mandalorian star’s route from the football field to the big (and small) screen. Here are ten things you probably didn’t know about Carl Weathers.

10. In his Rocky audition, Weathers asked to work with a “real actor” instead of Sylvester Stallone 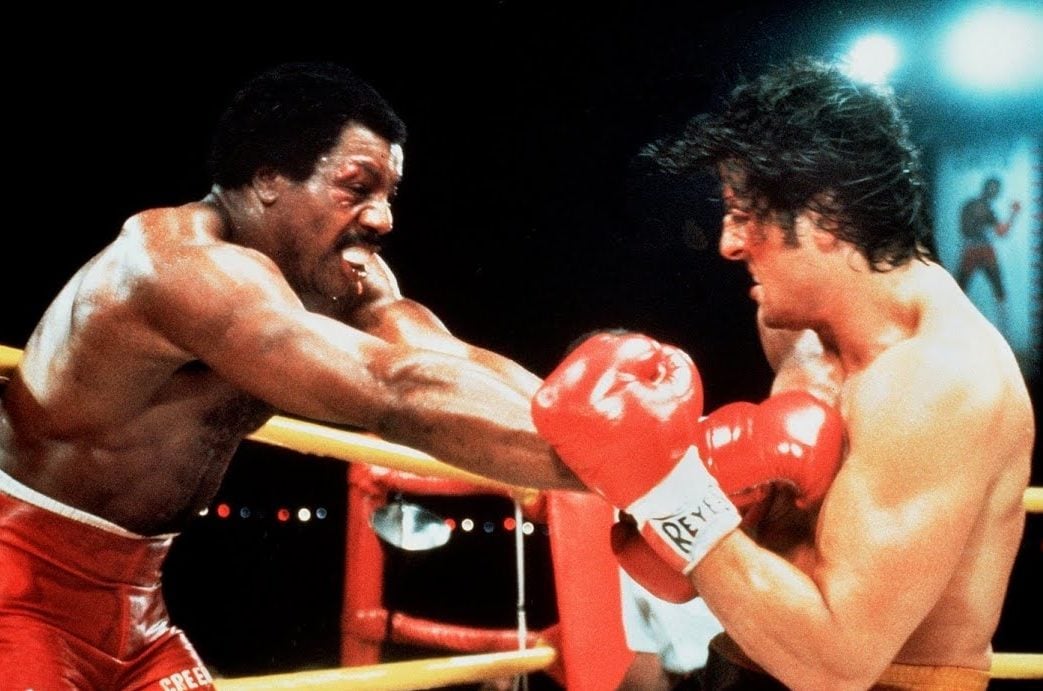 During his audition for arguably his most famous role, Apollo Creed from the Rocky franchise, Weathers thought Stallone was only a writer, not the star of the movie. “[Stallone and I] read through the scene and at the end of it, I didn’t feel like it had really sailed,” Weathers recalled in 2015.

“[The filmmakers] were quiet and there was this moment of awkwardness, I felt anyway, so I just blurted out ‘I could do a lot better if you got me a real actor to work with,’” he remembered. Stallone, who wrote the film and took the titular role, was not pleased. “So I just insulted the star of the movie without really knowing it and not intending to.”

9. While shooting Predator, Weathers worked out in secret so the other actors would think he was ‘naturally muscular’ 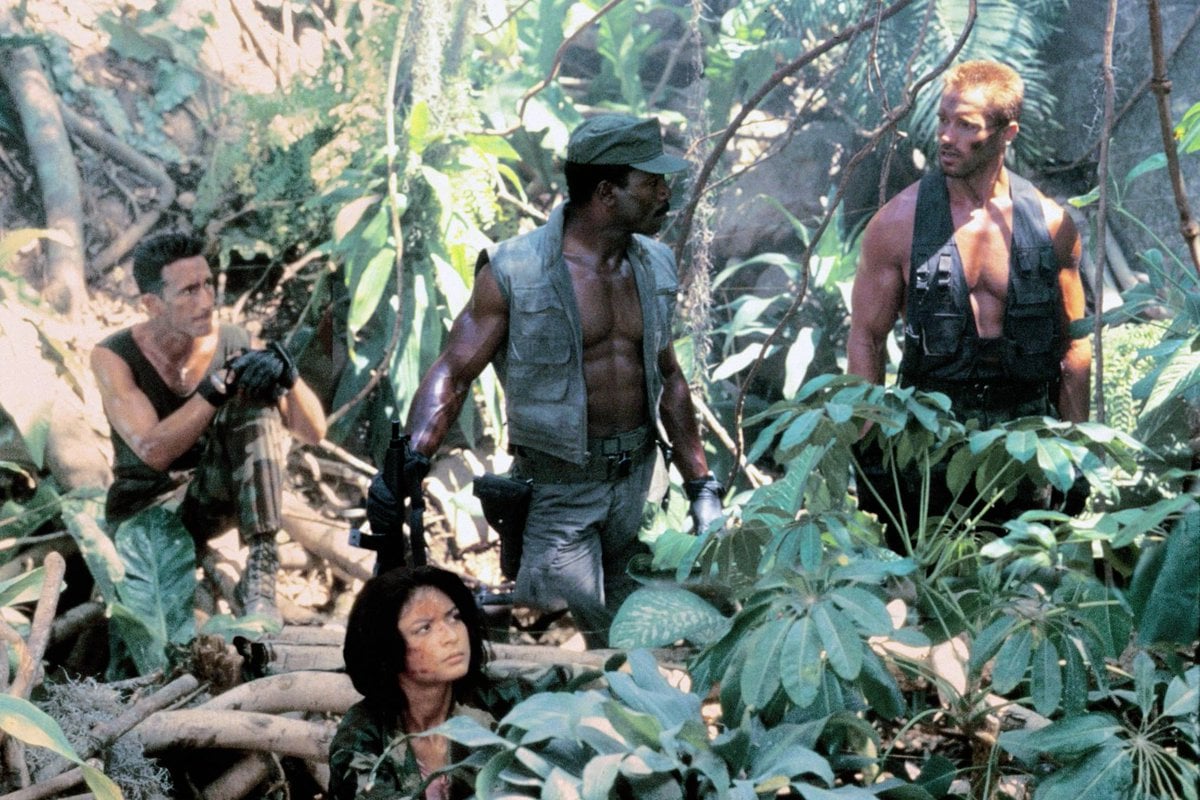 In an interview included on the Predator DVD, Weathers noted that during filming, he would rise at 3 am to begin physical training in private. Weathers admitted that he wanted his co-stars to think he was “naturally” muscular – and he would only train in secret, when none of the cast or crew were around.

8. He makes training videos for the US Army 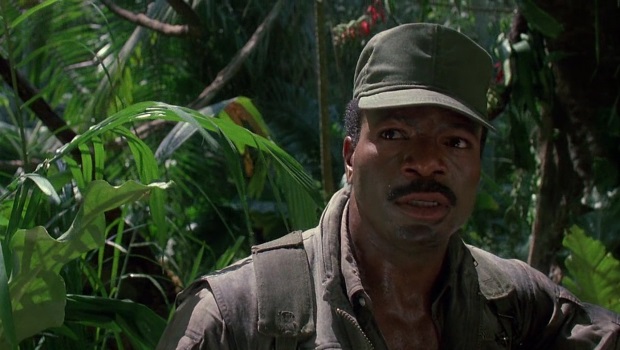 Weathers runs Red Tight Media, a production company that creates tactical training videos for the US armed forces. As well as narrating clips about first aid and missile deployment, the Predator star has also taught actors who simulate war situations, which in turn are used to train real soldiers.

7. Weathers came up with the idea for Action Jackson while he was on the set of Predator 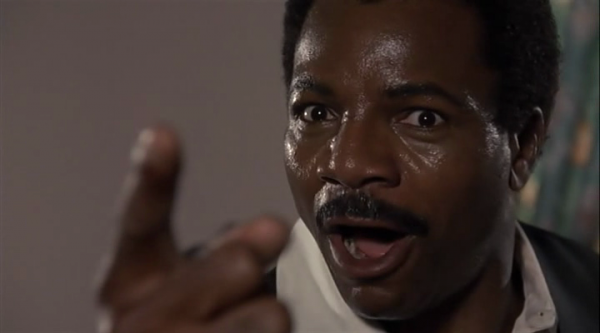 While he was filming Predator, Weathers befriended the producer Joel Silver. It was during their off-screen chats that the idea for Action Jackson, Weathers’ 1988 action movie, took root. In a 2014 interview with the A.V. Club, Weathers recalled, “I was doing Predator and talking to Joel Silver, who [like Weather] loved blaxploitation movies. Joel said, ‘Well, you know, why don’t you put something together?’

“So during that time of shooting down in Puerto Vallarta, I created this story and came up with this guy – or at least this title – Action Jackson,” Weathers explained. “And Joel found a writer [who] wrote the screenplay, and that was it. We got it made.”

6. Weathers’ Happy Gilmore character is missing a hand in reference to his Predator role 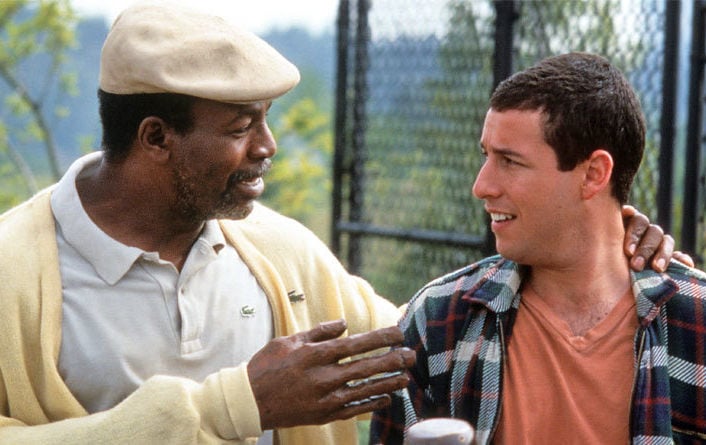 In the (very R-rated) Predator, Weathers plays CIA officer Dillon, whose arm is blasted off in an alien attack. When Weathers later starred in the Adam Sandler sports comedy Happy Gilmore, his character was also missing a hand, in homage to his classic action role.

In Happy Gilmore, Weathers’ character Chubbs is a former golf star who lost his hand to an alligator. 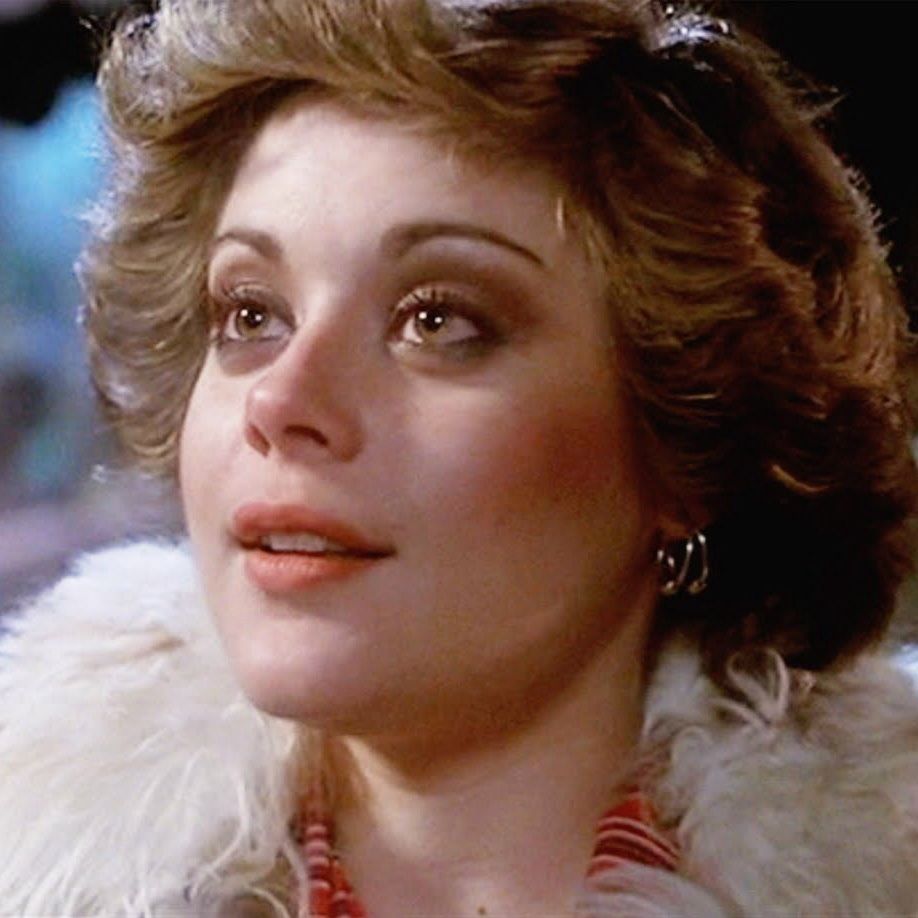 Donna Pescow and Carl Weathers used to take drama classes together in New York City, before they set out on very different Hollywood careers.

Pescow, who is six years Weathers’ junior, made her film debut in Saturday Night Fever, and later starred in the sitcoms Angie, Out of This World and Disney’s Even Stevens. Weathers, meanwhile, began his acting career with the 70s blaxploitation movies Friday Foster and Bucktown.

4. He’s on the US Olympic Committee 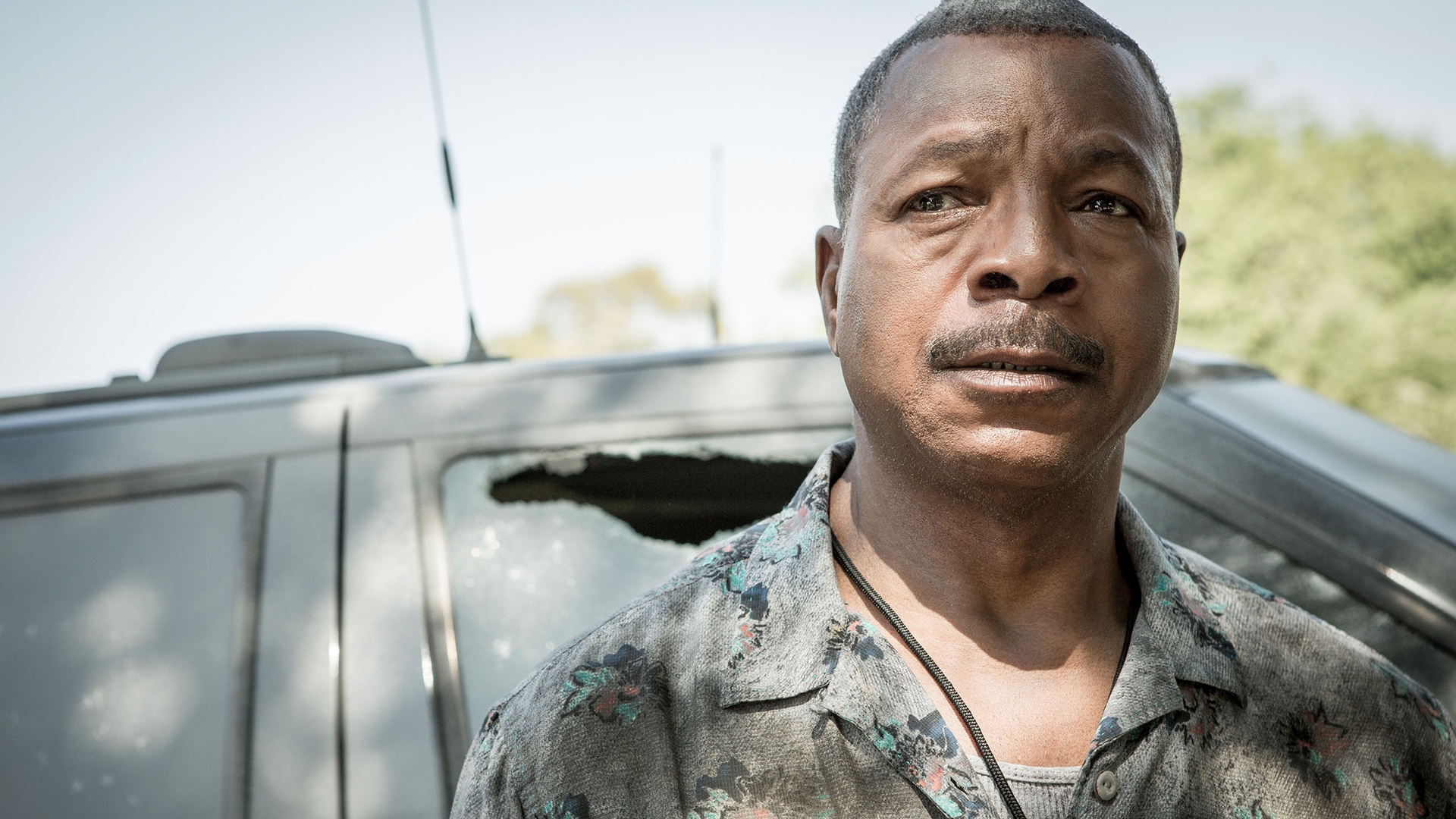 As a teenager, Weathers was already a talented athlete, winning a scholarship to St Augustine High School where he did boxing, football, gymnastics, judo, soccer and wrestling. His passion for such a range of sports won him a spot on the US Olympic Committee, where he helps to manage the careers of rising stars. 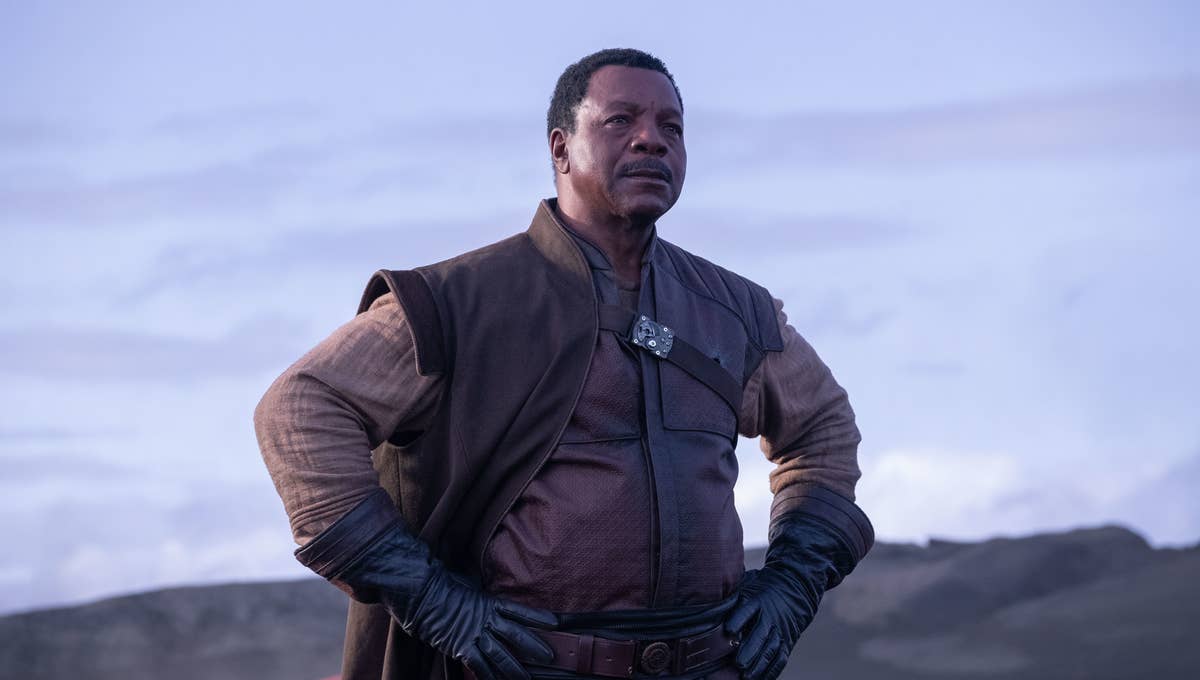 Weathers instead joined the Star Wars franchise in 2019, starring as the bounty hunter Greef Karga in The Mandalorian. He also directed the episode The Siege for this Disney+ show.

2. He was inducted into the International Mustache Hall of Fame in 2016 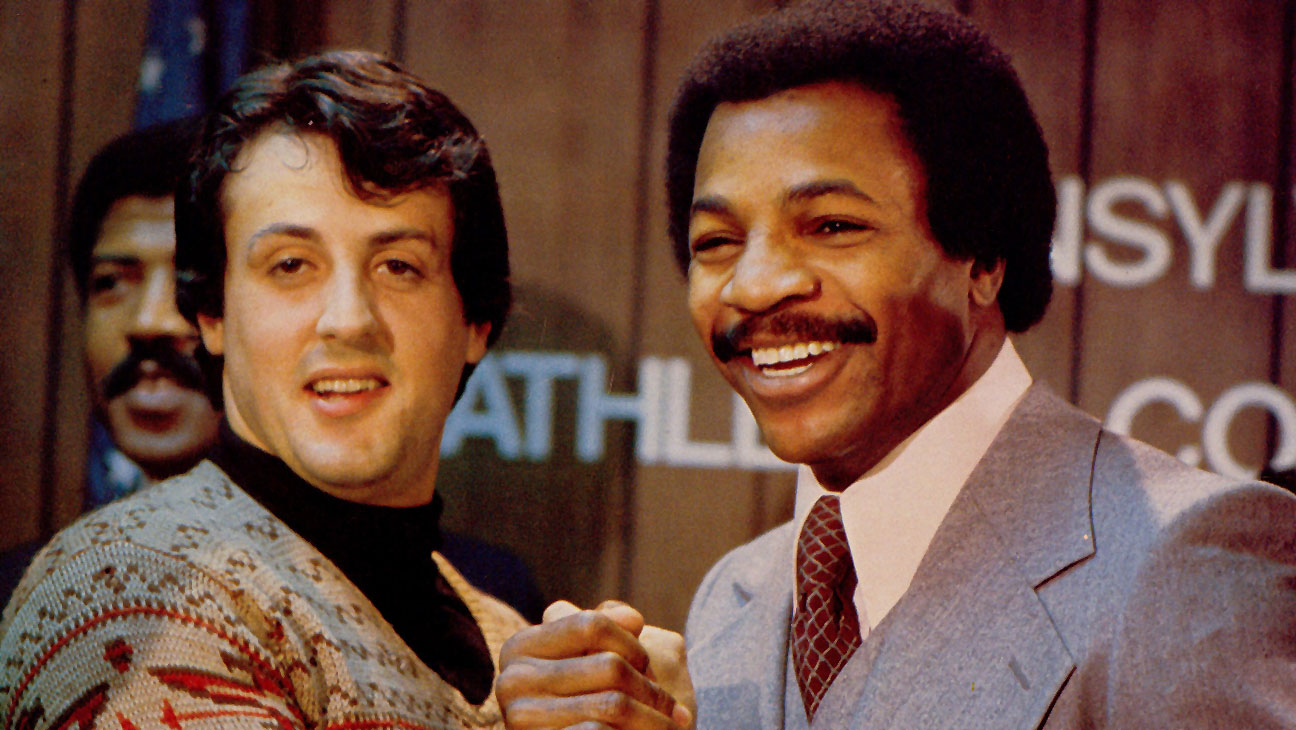 Speaking to ESPN Radio in 2017, Weathers said the greatest honour of his life was being inducted into the International Mustache Hall of Fame in 2016. 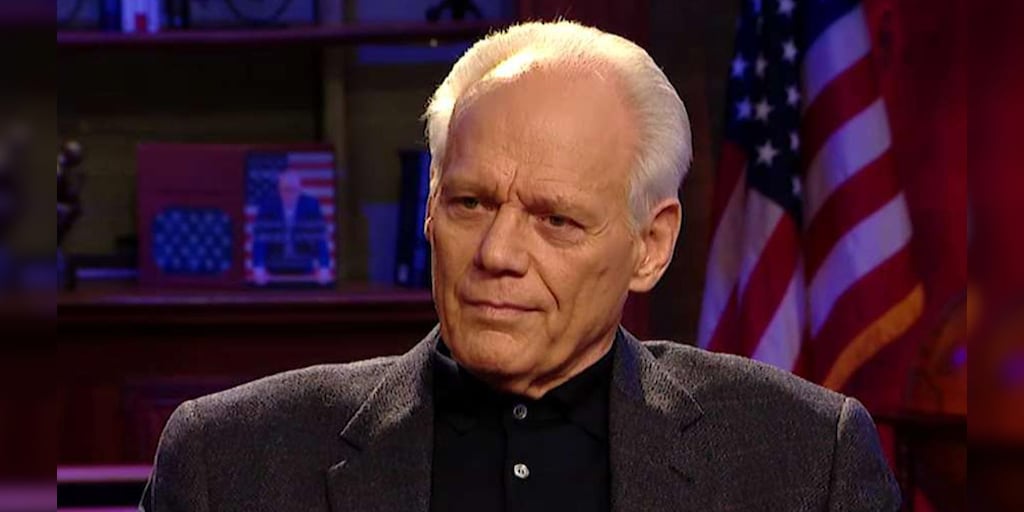 Weathers began his football career as a linebacker at San Diego State University, where he played alongside Fred Dryer. Both went on to join the NFL, where Dryer remained for 13 years. Like Weathers, Dryer also became an actor after he retired from football. He’s best known for starring in the 1984 crime drama series Hunter.